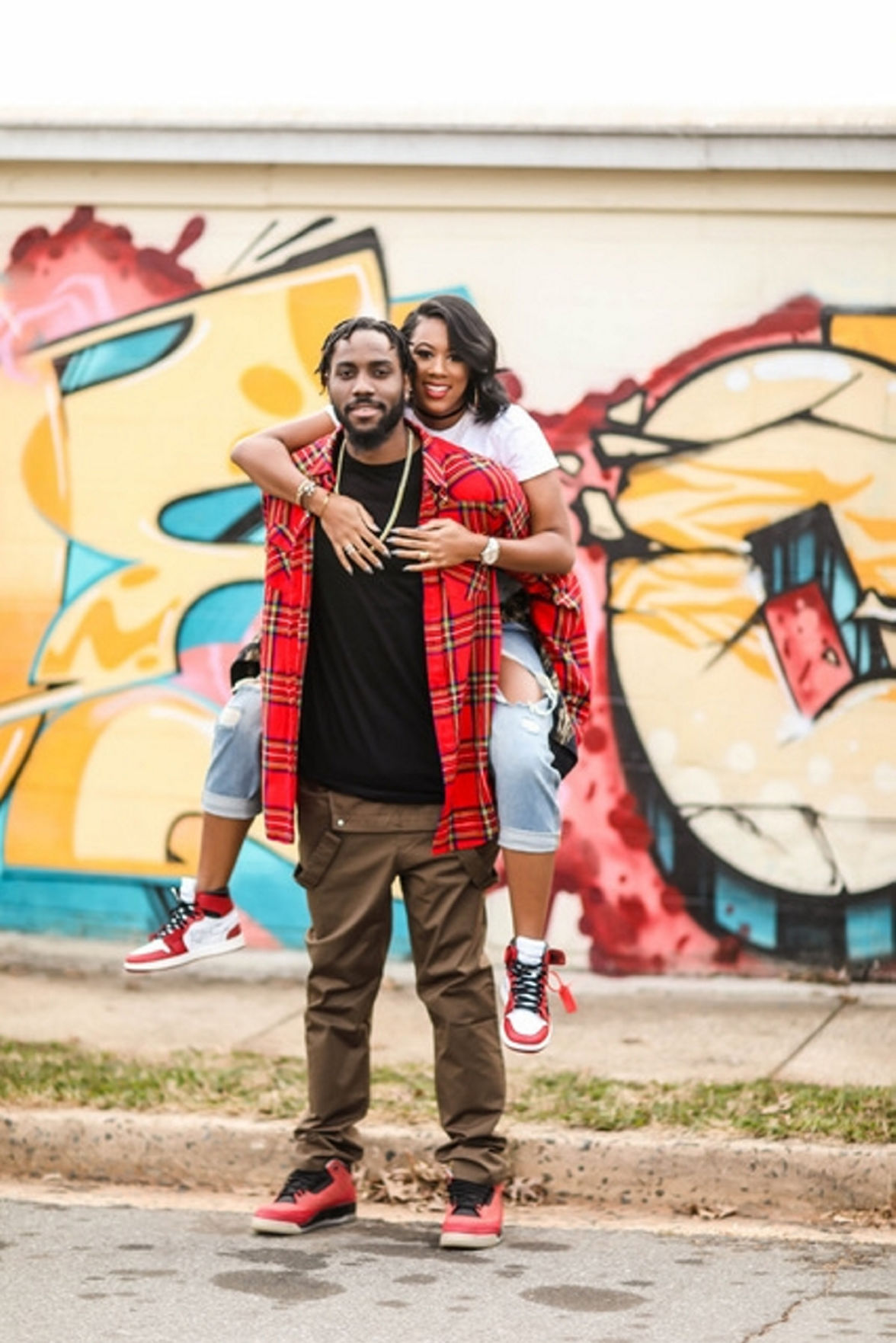 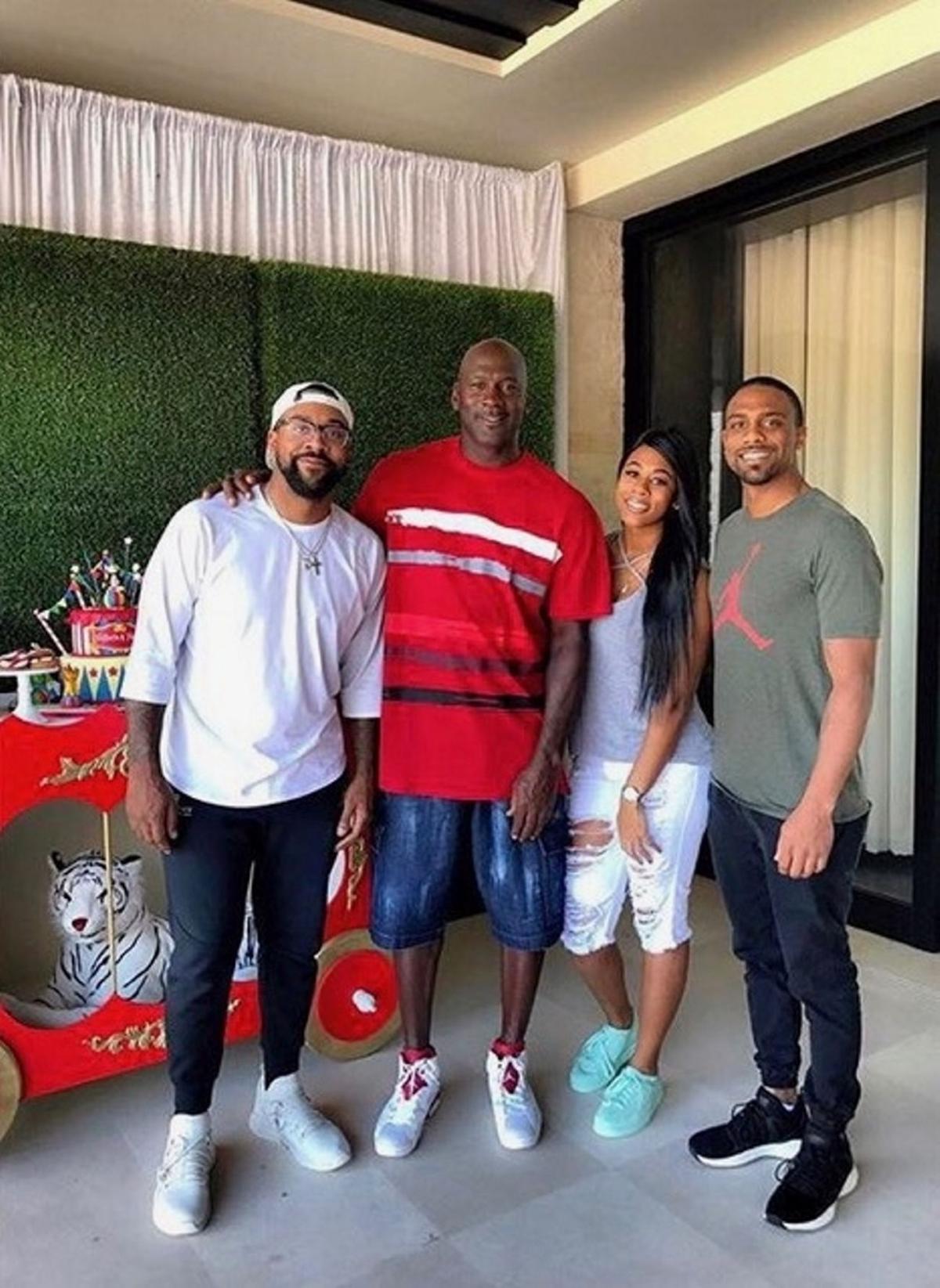 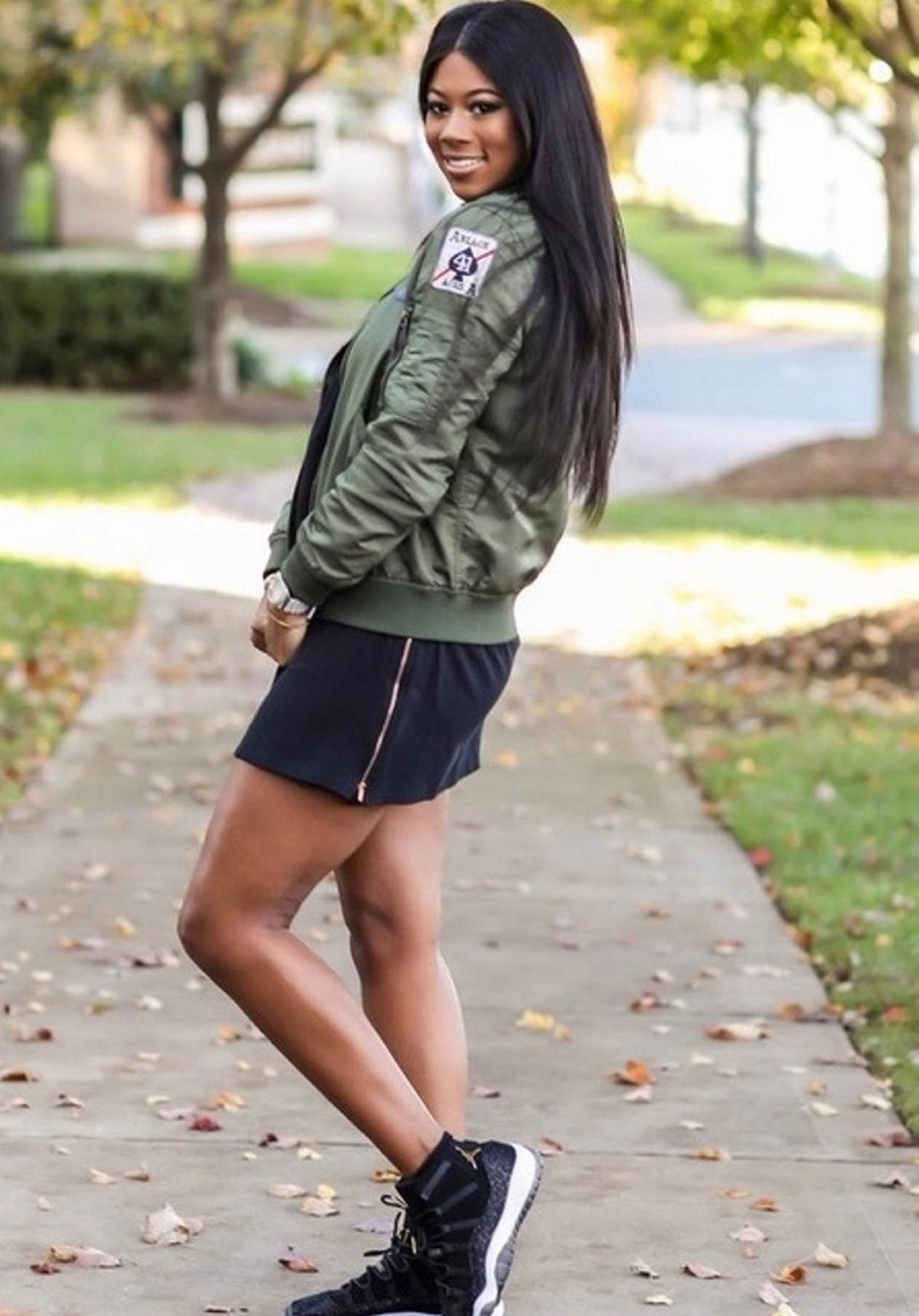 As the sports world has been buzzing about “The Last Dance,” Jasmine Jordan has been holding out hope that plans for her first dance as Mrs. Rakeem Christmas can remain intact for this fall.

The SU alums are enjoying their time as parents to a one-year-old baby named Rakeem Michael Christmas, and each is working to build on their respective careers in basketball while looking forward to their anticipated September wedding date.

Jasmine Jordan said that the couple was among the millions of sports fans glued to ESPN’s five-week, 10-hour documentary that ended Sunday, titled “The Last Dance,” which chronicled her father’s iconic career and the Chicago Bulls dynasty that won six NBA championships in the 1990s.

The 27-year-old, who was interviewed by ESPN and appeared during Sunday’s finale, said that she was fascinated to learn about much of her father’s early career and the parts that she was too young to grasp as it played out.

“I enjoyed it, I really did, and I was able to at least text my dad every Sunday like: ‘Hey, can you elaborate on this part? What were your thoughts after you won this game?’ Things like that, so I’ve definitely been enjoying it,” Jasmine Jordan said during a recent phone interview.

“I loved that it was able to come to light and fans have been receiving it in a positive way. I definitely have been loving it just from the fan perspective and gaining that understanding as to who my dad was as the athlete and the G.O.A.T. that he really is.”

Jasmine Jordan is the sports marketing field representative for Nike’s Jordan Brand, working as the main point of contact between the company and its athlete endorsers to ensure they can each communicate about the footwear and apparel products they market.

She previously worked for five seasons as the coordinator of basketball operations for the Charlotte Hornets — overseeing various aspects of the team’s multiple scouting departments — a position that she started immediately after graduating a year early from the David B. Falk College of Sport and Human Dynamics at SU with a degree in sports management.

Falk is an SU alum and prominent sports agent who represented Michael Jordan throughout his entire NBA career.

In her current position, Jasmine Jordan also contributes to the design and marketing of women’s Jordan Brand apparel.

“It’s evolving my father’s brand and his legacy, and helping it grow and expand as the generations of consumers are getting younger and younger, and they didn’t have the ability to see my father play or anything like that,” Jasmine Jordan said. “So, being able to keep our products and our stories and our marketing as authentic and genuine as we can as a brand but also to feel relatable to our consumers as they’re getting younger is definitely something that I’m appreciative to be a part of and making sure that his legacy is continuing to expand.”

Rakeem Christmas, who played for SU from 2011-15 and averaged 17.5 points to go with 9.1 rebounds as a senior in the Atlantic Coast Conference, had just started his professional season with the Mets de Guaynabo in Puerto Rico’s Baloncesto Superior Nacional before returning home when the league halted play due to COVID-19. He is currently training and preparing to return if the season resumes.

Christmas has also played professionally in Turkey after spending two seasons in the Indiana Pacers organization as a 2015 second-round draft pick. He has also stayed busy working with his charity — The Rakeem Christmas Foundation — which provides aid to refurbish basketball courts and offer safe havens for kids in his native St. Croix and other U.S. Virgin Islands.

Jasmine Jordan said the couple has tried to make the most of the recent circumstances and valued their time at home with their son, who recently celebrated his first birthday.

“He’s literally a little version of Rakeem,” Jasmine Jordan said. “They have the same mannerisms and silly attitudes and personalities, and he’s walking and running, and already picking up a basketball to figure out how he can dunk like his dad.”

Jasmine Jordan sent Christmas an unanswered Facebook message before the start of her freshman year at SU after he played at the Jordan Brand Classic high school all-star game. She later approached him on campus in fall 2011 about the lack of response and Christmas said that he thought he was being pranked by a fake profile, so he ignored the message.

“That’s how we met and basically how I introduced myself to him and we became friends,” Jasmine Jordan said. “We were basically best friends throughout our three or four years at Syracuse and we didn’t start dating until after he had graduated (from SU) and started his rookie year with the Pacers.”

The first opportunity for the 6-foot-9 center to meet his Hall of Fame future father-in-law came at a Jordan Brand party during the 2016 NBA All-Star weekend in Toronto, soon after Christmas and Jasmine Jordan started dating.

Jasmine Jordan fondly recalls the story of her now-fiancé and father both being nervous for the meeting, and noticing that each had to pause in separate areas of the room for a dose of “liquid courage,” before they finally convened.

“I just started laughing in that moment because I realized that they’re the same person essentially,” Jasmine Jordan said. “It was a great meeting and to this day, they’re like best buddies and I’m just here for their friendship.”

The couple produced Michael Jordan’s first grandchild last May and Jasmine said that the legendary shooting guard instantly took to becoming a grandfather.

“People think he’s a strict and stern parent because of how competitive he was on the court but he’s really sweet and caring and loving, and super supportive, so when it comes to my son, he is softer,” Jasmine Jordan said. “He loves having that relationship with him and my son has him wrapped around his finger at this point like silly putty.”

Michael Jordan told the Today Show last fall about being a grandfather: “It’s fun because I can actually hold him and play with him, and I’m having fun watching him.”

The Christmas-Jordan wedding is slated for September and the couple has remained mostly quiet on plans during the pandemic, aiming for the event to go on as scheduled while monitoring the situation.

Her relationship with Christmas is one of the many reasons Jasmine Jordan was grateful for choosing to attend college at SU, where she graduated in three years. She based that decision on the sports management program and overall sports environment over other options at Central Florida, where her brothers, Marcus and Jeffrey, were at the time, and her dad’s alma mater, North Carolina.

“I loved Syracuse,” Jasmine Jordan said. “I loved everything about it. ... I loved the atmosphere and going to the Dome and knowing that between myself and the students and everyone that we were around, that we were in an environment that you really had to be a part of it to understand and love it.”