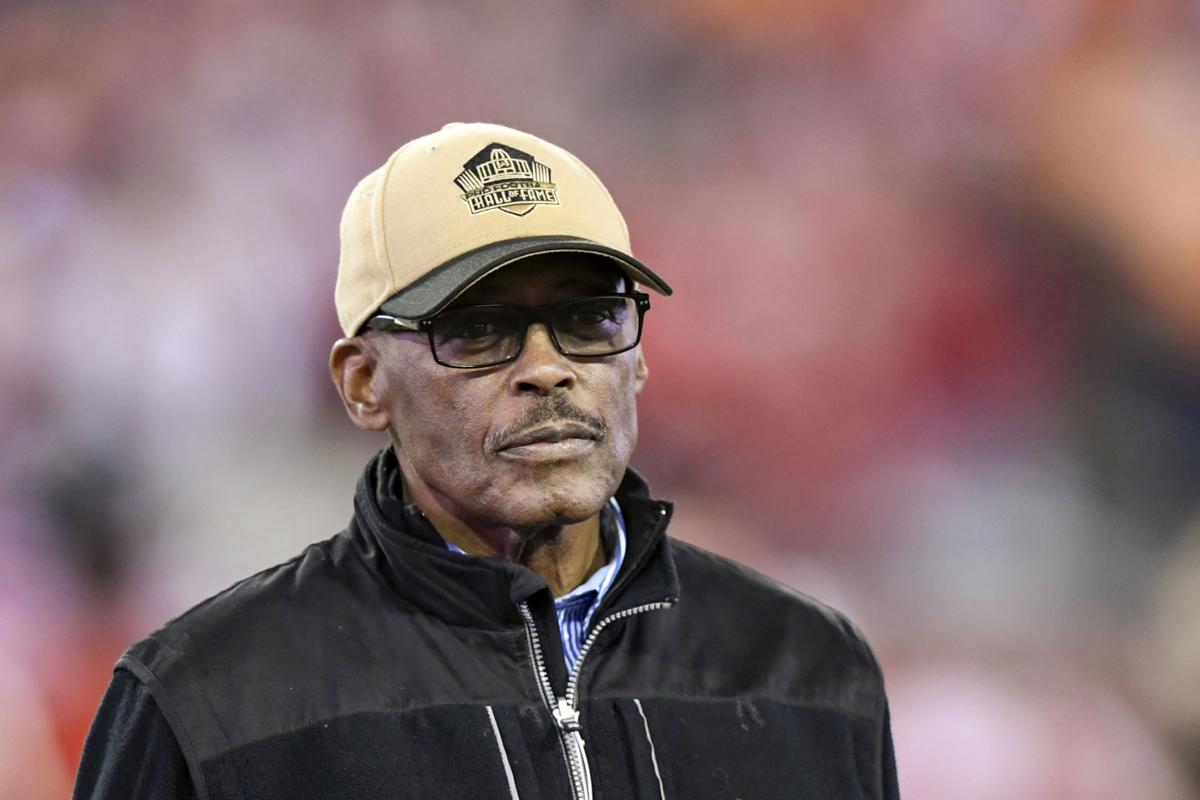 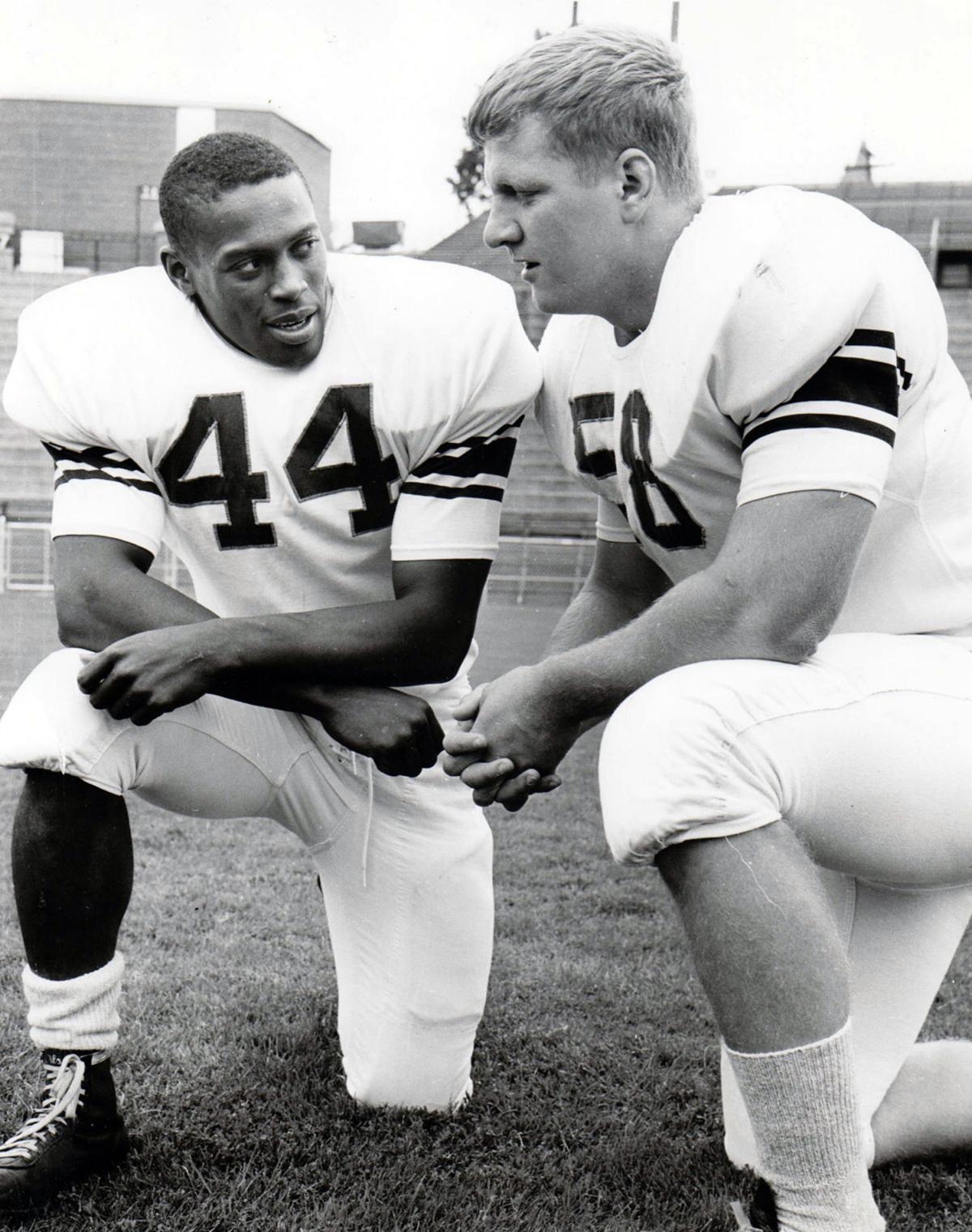 Syracuse University running back Floyd Little, left, along with Watertown native and starting Orange center Pat Killorin, prior to a game in the 1960s. The duo each garnered All-American honors in 1965. Syracuse University Athletics

Syracuse University running back Floyd Little, left, along with Watertown native and starting Orange center Pat Killorin, prior to a game in the 1960s. The duo each garnered All-American honors in 1965. Syracuse University Athletics

Pat Killorin proudly blocked for Floyd Little for two seasons with the Syracuse University football team, and the Watertown native is once again using his force to create an easier path for the legendary SU running back in a fight against their toughest opponent.

Killorin — a 1962 Watertown High School graduate and two-time All-American center for the Orange who paved the way for Little during the 1964 and ’65 campaigns — started a GoFundMe page to assist the 77-year-old SU icon and his longtime friend following Little’s recent diagnosis of a “treatable but aggressive form of cancer.”

The page “Friends of Floyd,” had raised nearly $10,000 toward a $250,000 goal within the first 24 hours after being launched by Killorin on Friday to help Little and his family offset the medical expenses of combating the disease. The fund-raiser had more than 80 contributors and a flood of well wishes in the comments section for the beloved SU and Denver Broncos Hall of Fame rusher.

Little is among the heralded trio of SU running backs that built the program prestige of the No. 44 and are commemorated with bronze statues outside the SU practice facility — along with Jim Brown and Ernie Davis who both preceded him — and has remained a popular ambassador for the program throughout the 50-plus years since he last starred for coach Ben Schwartzwalder.

“He was the best back that I ever blocked for, and I think the other guys would probably say the same thing,” Killorin said during a phone interview.

“In your life as an athlete, you get a chance to meet certain people that really inspire you and make you work harder, make you understand that if you missed a block that you realize why you missed that block and go back after it the next time and make sure it doesn’t happen again,” Killorin added. “You want to play much better, and that’s what Floyd Little is about — making you a better player, making you a better person, and he continues to do that throughout his life.”

Little dazzled in the SU backfield from 1964-66 and scored 35 career rushing touchdowns to tie for second in SU history while recording 2,704 rushing yards to rank sixth on the program’s all-time list.

His average of 90.1 rushing yards per game ranks third all-time for SU, he is tied for the fourth-best total with 13 outings of 100 yards or more, and is one of two Orange players ever to post a five-touchdown game and a four-TD performance, along with Walter Reyes.

Little, who chose SU over Notre Dame and other top offers to fulfill a promise to fellow SU icon Ernie Davis, was selected sixth overall in the 1967 NFL Draft and went on to a decorated nine-year NFL career with the Broncos.

“In our history we’ve had some great running backs, like Jimmy Brown and Ernie Davis and Larry Csonka and many others, and I think Jim Brown is of course said to be the greatest halfback ever, but I think that Floyd Little can run side by side with him down the football field as the same type of a player,” Killorin said.

Killorin played center for the Orange from 1963-65, overlapping with the three-time All-American, Floyd, for the last two memorable seasons of Killorin’s SU tenure.

The Orange went a combined 14-7 overall during those two seasons and finished ranked No. 19 and 16, respectively, in the national coaches’ poll. During Killorin’s senior campaign in 1965, Little led the NCAA in all-purpose yards (1,990), total touchdowns (19) and average yards per punt return (23.5), and SU eventually lost to Tennessee in the Gator Bowl.

The pair forged an enduring bond during their SU careers and Killorin said that Little called him every few weeks when he was experiencing past health problems.

“Overall, you couldn’t have had a better player on the field and off the field, and later on in life, he became such a great friend to everybody and was always there, always stepped up the plate to help you,” Killorin said.

William During, who played as a running back behind Little for SU in 1967, posted to the GoFundMe comments section that Little was an inspiration from the first day they met and said that Little called him with encouragement multiple times while During was battling prostate cancer.

“Not only did Floyd teach me running back secrets, he also reached out to me as a friend,” During posted. “Floyd is an All-American because he is a loyal family man, a trustworthy friend, and a very spiritual man.”

Little’s generosity extended across the offensive line and to all his teammates, according to Killorin, and he was also quick to engage in good-natured ribbing with his blocking unit.

Killorin recalled Little joking that his fifth-place finishes for the Heisman Trophy voting in both 1965 and ‘66 would have been higher if not for a few false-start penalties from starting left guard, Tony Scibelli.

“He was very unselfish and always bothered to make sure his linemen were thanked for what we’ve done, and he also took every chance to give us a little dig once in a while,” Killorin said.

“That is the type of fun guy he is, just a good man, and he was a team player,” Killorin added. “He is somebody that we all respected well because of that. He was a three-time All-American and he acted like that both on and off the field.”

Little is a member of the Pro and College Football Halls of Fame among his 10 total such distinctions. He ranks second in Denver history with 6,323 yards and his No. 44 jersey was retired by the franchise. Little was also among the players honored when SU football retired the No. 44 in 2005.

Little — a native of New Haven, Conn., who now resides in Las Vegas with his wife, DeBorah — worked as a special assistant to the SU director of athletics from 2011-16 and has represented the Orange and the Broncos throughout his litany of public appearances since retiring from pro football. Little was awarded with an honorary doctorate degree from SU four years ago.

Killorin said that he believes Little is adored among SU fans and alum because of his genuine nature and constant source of positive, faith-based energy, and appreciated that he always makes a point to approach and talk to his family when they are at the Carrier Dome or other public appearances.

“He isn’t just about saying it, he means everything he says to you, and that’s the biggest thing about Floyd and why I think we all love him so much,” Killorin said.

The Little family has asked for prayer in cases where a monetary gift would be difficult, Killorin said, and those interested in donating funds can visit https://www.gofundme.com/f/friends-of-floyd.