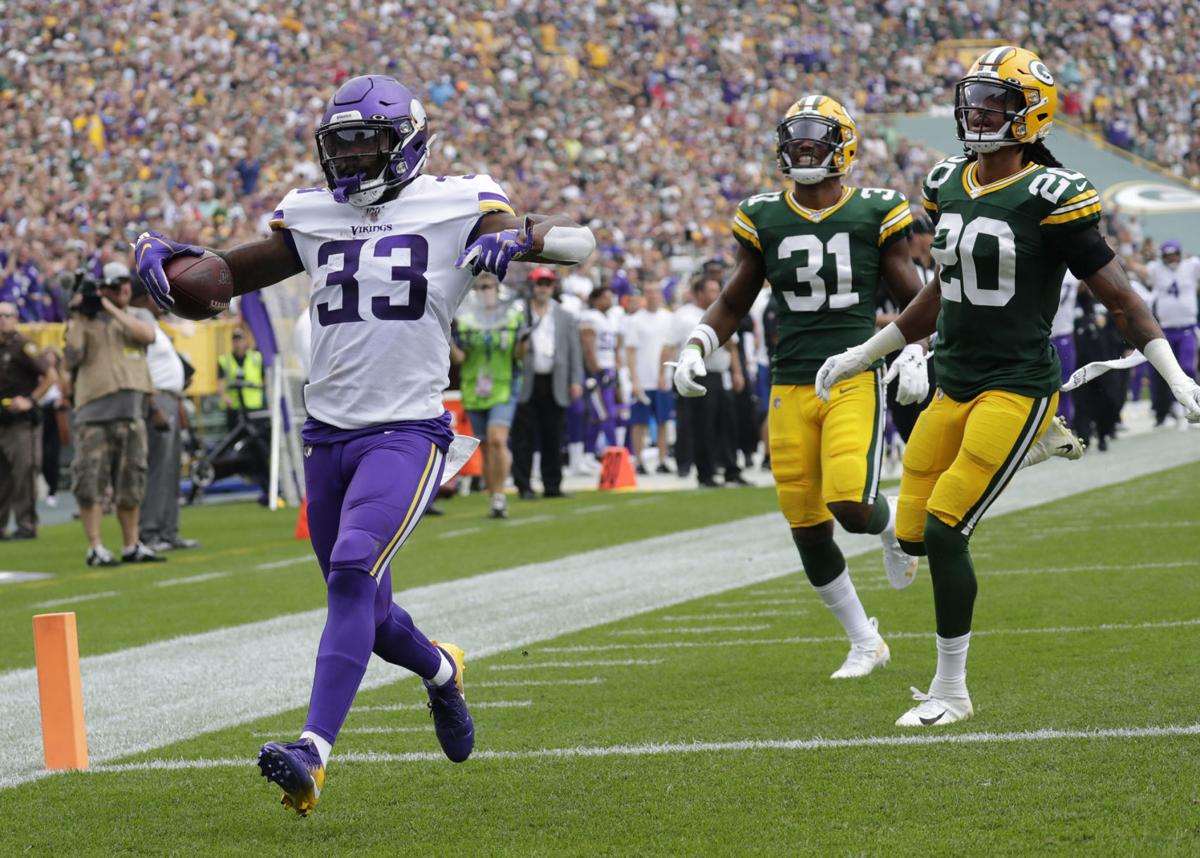 Minnesota Vikings running back Dalvin Cook (33) scores a touchdown against the Green Bay Packers in the second quarter of their NFL game on Sept. 15 at Lambeau Field in Green Bay, Wis. Dan Powers/USA TODAY NETWORK-Wisconsin via USA TODAY Sports 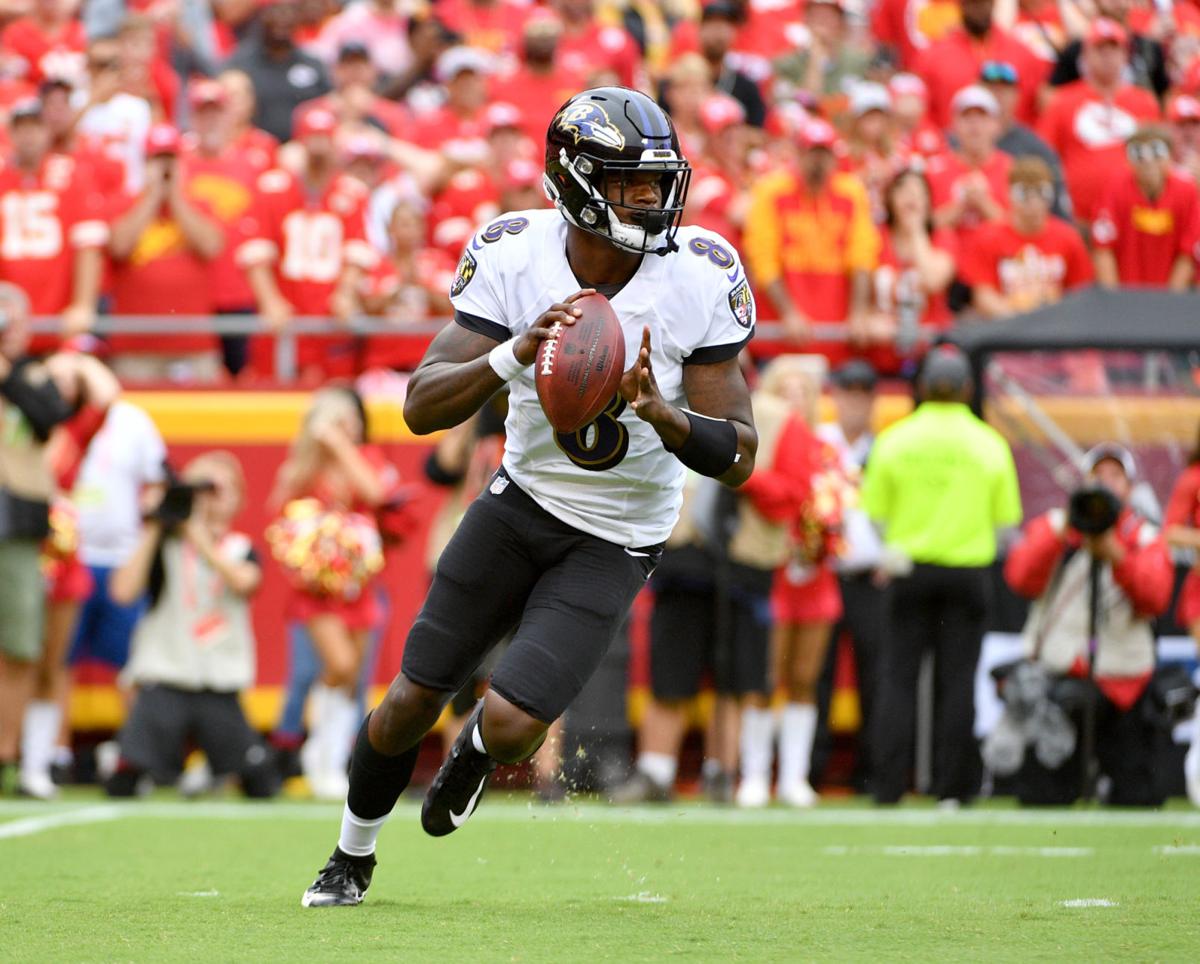 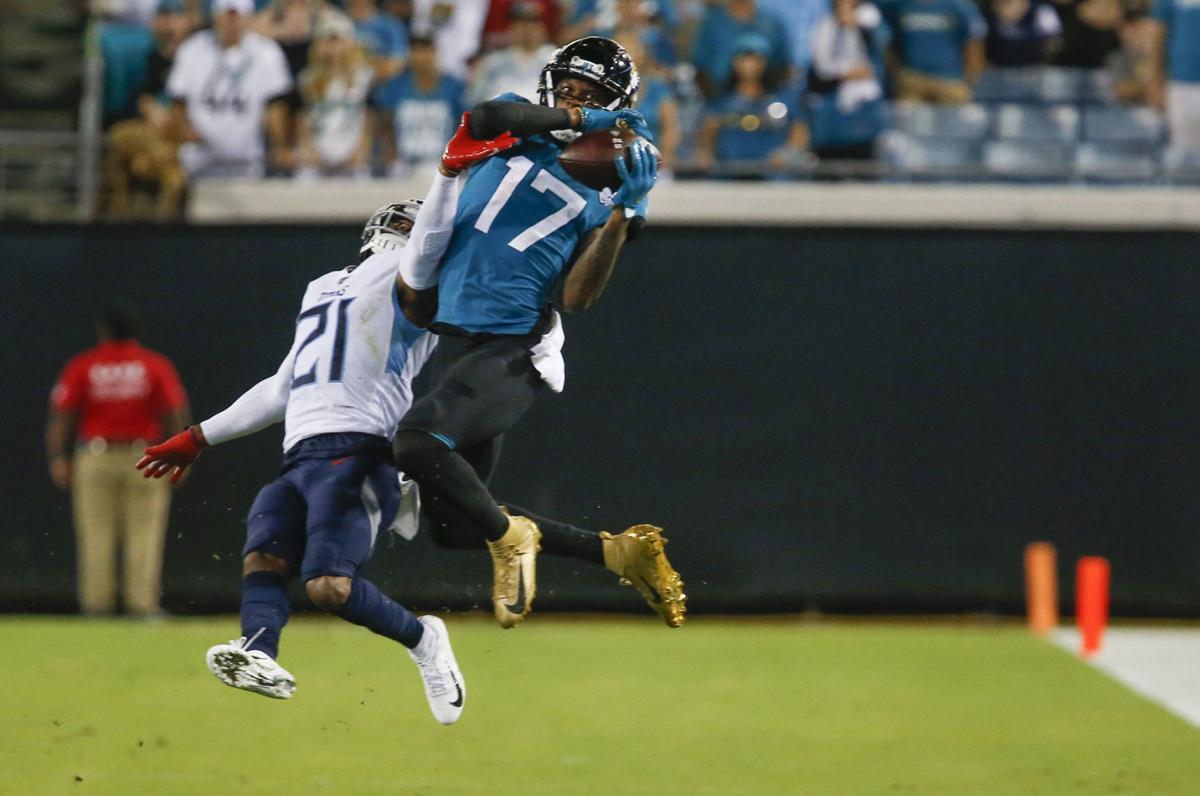 Minnesota Vikings running back Dalvin Cook (33) scores a touchdown against the Green Bay Packers in the second quarter of their NFL game on Sept. 15 at Lambeau Field in Green Bay, Wis. Dan Powers/USA TODAY NETWORK-Wisconsin via USA TODAY Sports

The fantasy football landscape is starting to take shape entering Week 4 of the NFL season. There is still ample time for slow starters to dust off the cobwebs and for the early stars of 2019 to fade into irrelevancy by the end of this season, so patience is always advised, but there are a host of players whose season-long fantasy value has already shifted dramatically since the NFL’s 100th season kicked off less than a month ago.

Here’s a closer look at those players whose fantasy stock is in the most dire need of being re-assessed as we close the first month of the league’s centennial campaign.

Quarterback: Lamar Jackson, Baltimore — Critics of the sophomore’s arm prowess look more foolish each week as the former Heisman Trophy winner has vaulted from polarizing fantasy prospect to surefire top-five QB. Jackson has thrown for 287 pass yards per game with seven total touchdowns to no interceptions. He has added 172 rushing yards and a TD on 27 carries, slowly flashing the rushing ability that gives him the highest ceiling of any fantasy passer other than Pat Mahomes. Jackson leads the league in deep pass attempts with eight per game thus far, and has shown the ability to win fantasy matchups in a variety of ways.

Running back 1: Dalvin Cook, Minnesota — The Vikings stated their desire to re-emphasize the run game and the third-year RB from Florida State has rewarded their confidence. Cook enters Week 4 as the top-ranked fantasy RB in all formats, leading the NFL with 375 rush yards and a 6.6 yards-per-carry average, and is tied for second with four total TDs. He has handled the fourth-most carries (57) to provide ideal volume for a safe weekly floor, and is also as capable as any player to break the big play, leading the NFL with six runs of 20 yards or more. Cook also leads the league in 15 missed tackles forced, and will likely be a league winner for managers who snagged him around the turn of a 10- or 12-team setup.

RB2: Mark Ingram, Baltimore — A change of scenery has done wonders for the reliable veteran back that still packs plenty of punch. His angry running style fits in well with the Ravens and he has scored a league-leading five rushing touchdowns while averaging 5.97 yards per carry. Ingram ranks fifth in the NFL with 24 rushing TDs since the start of 2017, and should keep seeing the end zone in this dynamic Baltimore attack.

Wide Receiver 1: D.J. Chark, Jacksonville — The 23 year-old has displayed undeniable chemistry with new Jaguars QB Gardner Minshew to the tune of 92 receiving yards and a TD per game, finishing with at least 55 yards and a score in each of his three outings. Chark enters Week 4 ranked third in the league with an 83-percent catch rate and ninth in contested catch rate, according to Player Profiler. He posted a strong showing at last year’s combine with a 4.34 40-yard dash along with testing in the 96th and 93rd percentile for speed and burst score, respectively, and he could be the next LSU product turned star fantasy WR.

WR2: Terry McLaurin, Washington — The third-round rookie from Ohio State has produced double digit fantasy points in each of his first three games, averaging eight targets, 5.3 catches, and 85 yards per game, while scoring a TD in each outing. McLaurin has the fifth-most red zone receptions (four) and air yards per target (8.2), according to Player Profiler, reasons to buy the sustainability of a rookie breakout.

Tight end: Mark Andrews, Baltimore — The second-year popular sleeper TE has been limited in practices all season due to a foot injury, but enters Week 4 as the top-ranked TE in PPR formats. Andrews is averaging eight targets per game and went for 108 and 112 yards in his first two outings, respectively, scoring a touchdown in each. Andrews should remain among the top five weekly options at his position moving forward.

QB: Jared Goff, L.A. Rams — The high-octane Rams offense that ravaged the league last year has yet to take off in 2019, leaving Goff managers feeling underwhelmed entering Week 4. Goff ranks 19th in the league in pass yards and has thrown just four TDs to three interceptions. He ranks 26th in fantasy points per drop-back and 32nd in true QB Rating, which paint a potentially bleak picture moving forward.

RB1: James Conner, Pittsburgh — The unquestioned bell-cow of the Steelers still possesses the workload and talent to re-enter the RB1 mix, but Conner is the biggest dud among first-round fantasy assets through the first three weeks. Conner has yet to reach 100 yards total for the season and is averaging just 2.9 yards per carry on 34 attempts. The Steelers offense has taken a massive hit with the loss of Ben Roethlisberger to a season-ending elbow injury, and while Conner should improve upon his rough start, it’s hard to envision him returning top 12 positional value.

RB2: Damien Williams, Kansas City — Already ruled out for Week 4 with a knee injury, Damien Williams’ first season as a featured back has not gone as fantasy managers had hoped. Williams has averaged less than two yards per carry and posted just 121 combined yards and a touchdown, while Darrel Williams has emerged a true threat and the Chiefs have quickly turned to veteran LeSean McCoy, a longtime favorite of coach Andy Reid who was added after being a late offseason cut by Buffalo. Damien Williams should still get an opportunity to lead this rotation when healthy, but he’s never getting the volume that had made Kareem Hunt a fantasy superstar in this backfield in recent years.

WR1: Stefon Diggs, Minnesota — The ground-based philosophy that has benefited Dalvin Cook has plagued the man responsible for the Minneapolis Miracle. Diggs has received just 12 targets through the first three games, hauling in six for 101 yards and a touchdown. The expected high-end WR2 caught 102 of 149 targets for 1,021 yards and nine TDs last season, but is well off that pace now and seems to be the fantasy martyr for the Vikings determination to pound the run.

WR2: Jarvis Landry, Cleveland — Always a better real-NFL player than fantasy option, Landry has been held in check while the Browns have struggled out of the gate. The former target king has caught four passes or less in each game, failing to see the end zone and recording just 161 combined receiving yards. The addition of former LSU running mate Odell Beckham Jr. was welcomed by Landry more than it was by his fantasy investors.

TE: O.J. Howard, Tampa Bay — Howard is too talented to give up on at such a weak position, but frustration has to be boiling over for managers expecting a breakout year from the third-year potential stud. Howard caught 3 of 4 targets for 66 yards in Week 3 to double his production in the first two games combined, and he was not targeted while playing 55 snaps in the Buccaneers’ Week 2 win over Carolina. The historically low TE usage in Bruce Arians offense combined with the early-season struggles of QB Jameis Winston, and the re-emergence of backup TE Cameron Brate in the red zone are all troubling signs for Howard’s ability to deliver on his preseason hype.