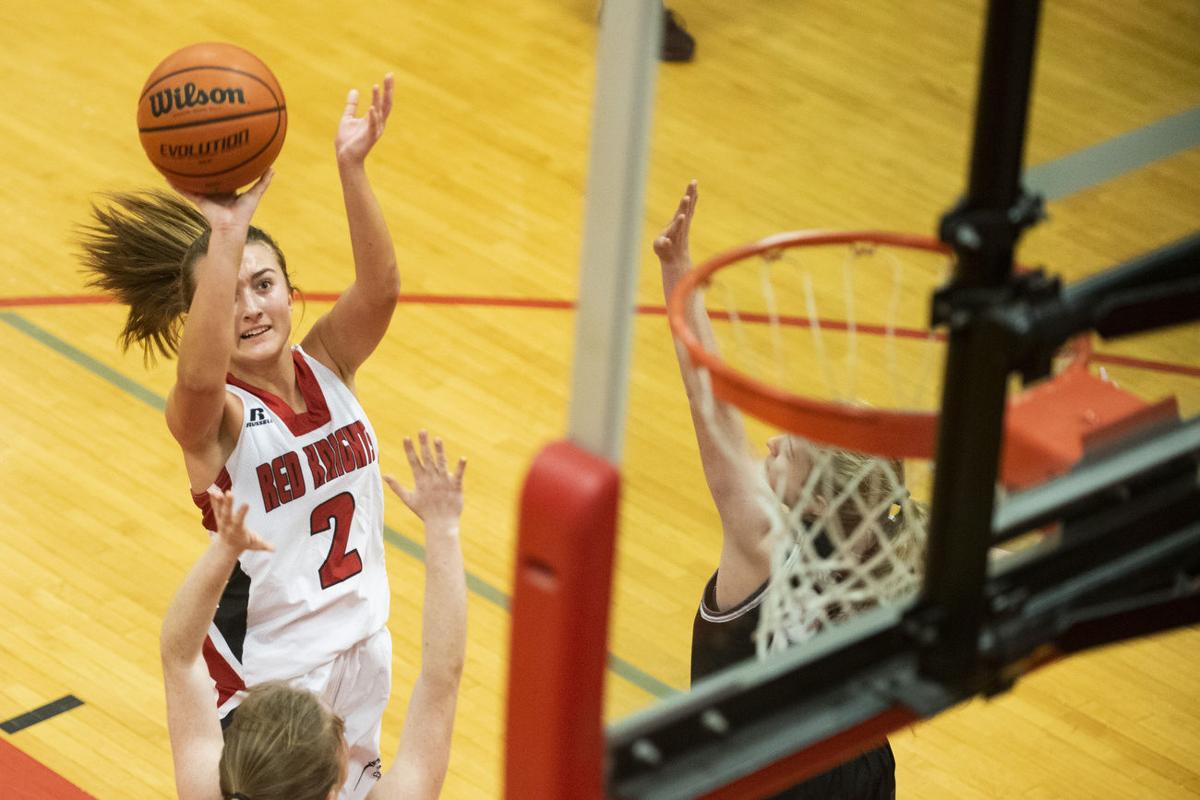 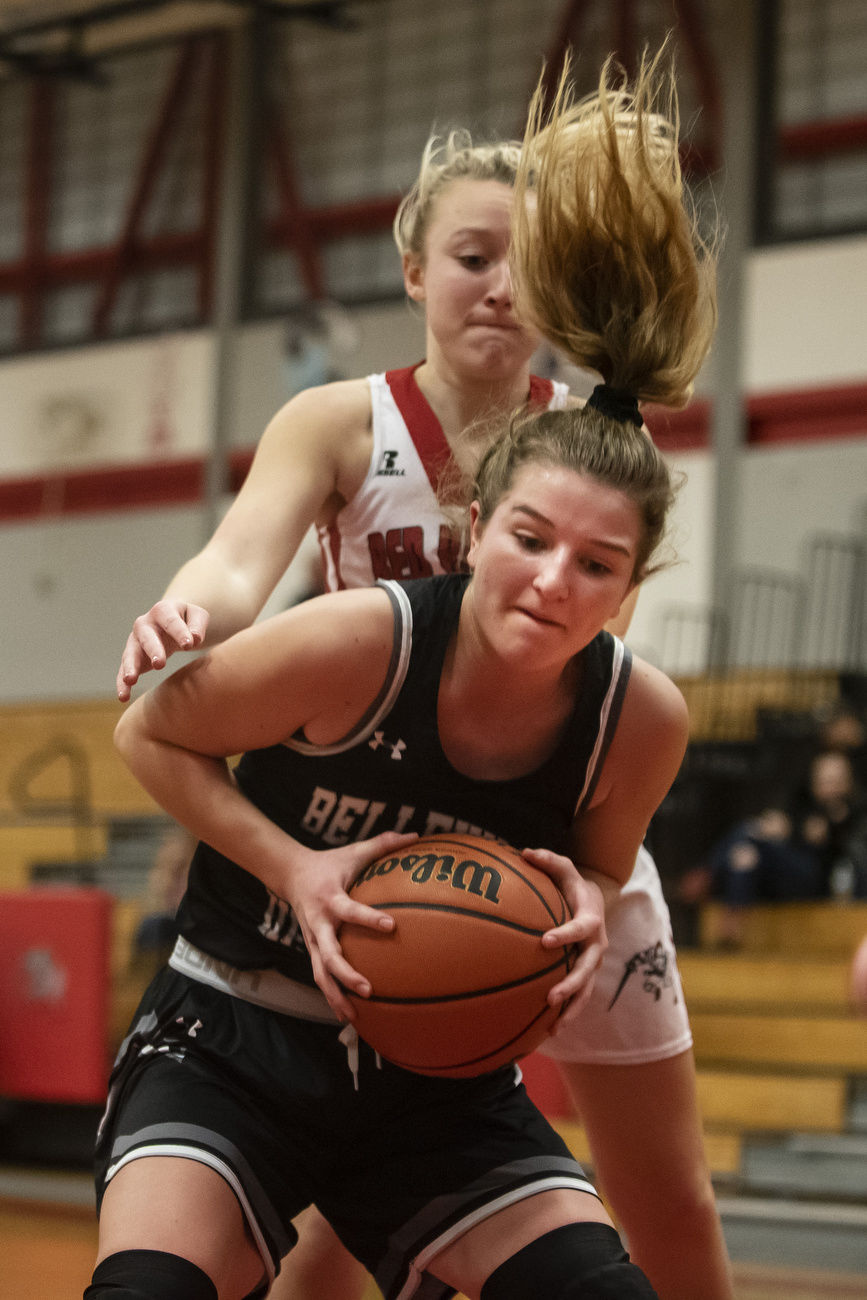 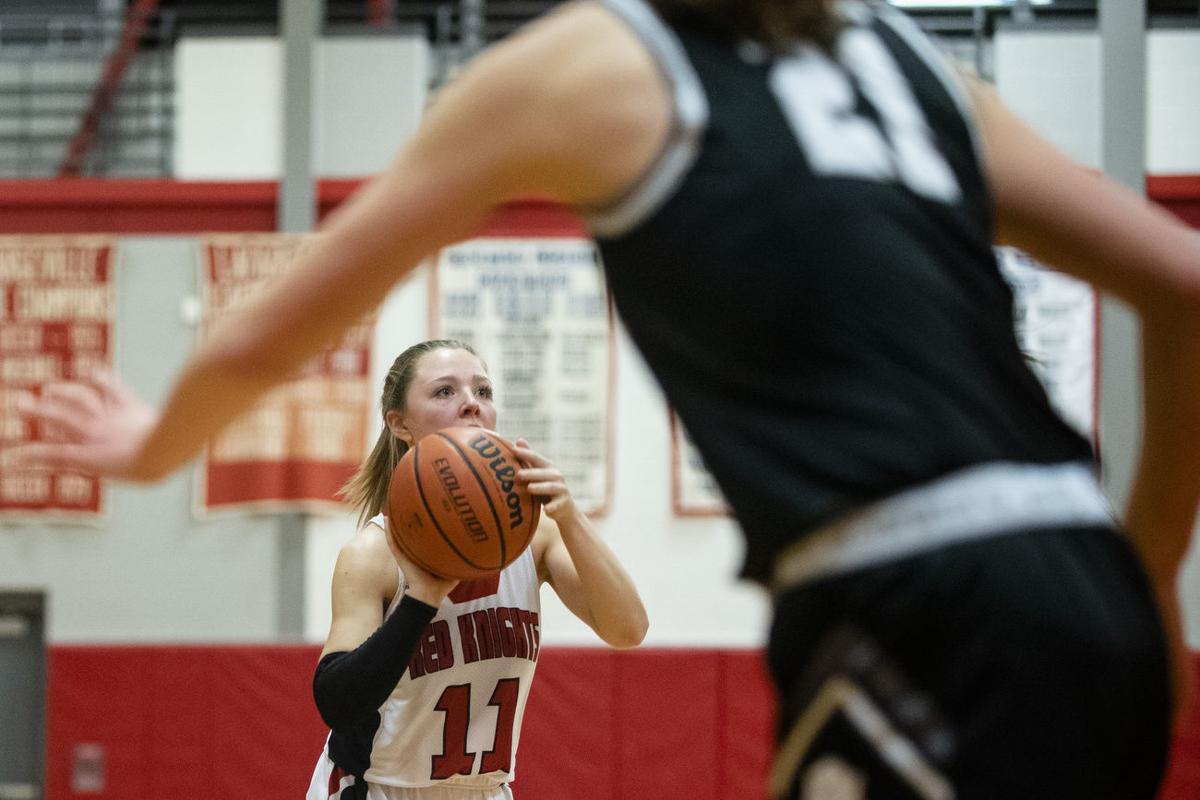 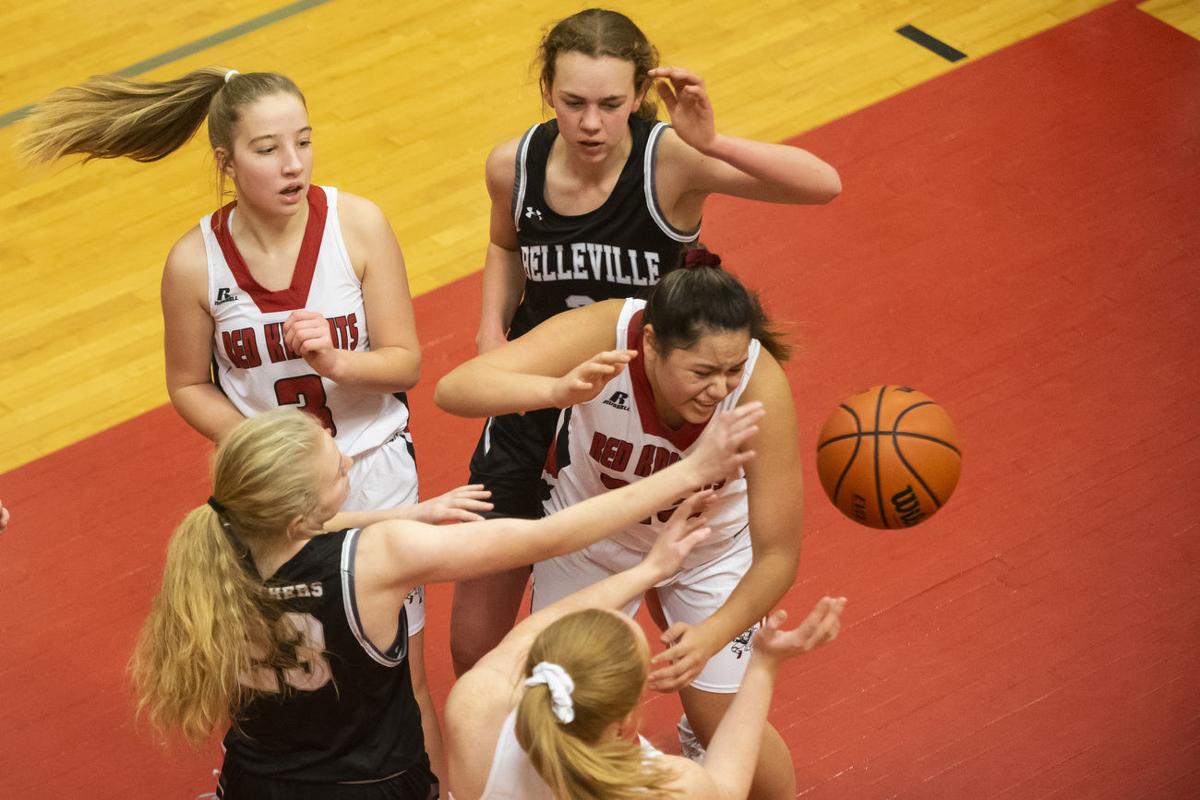 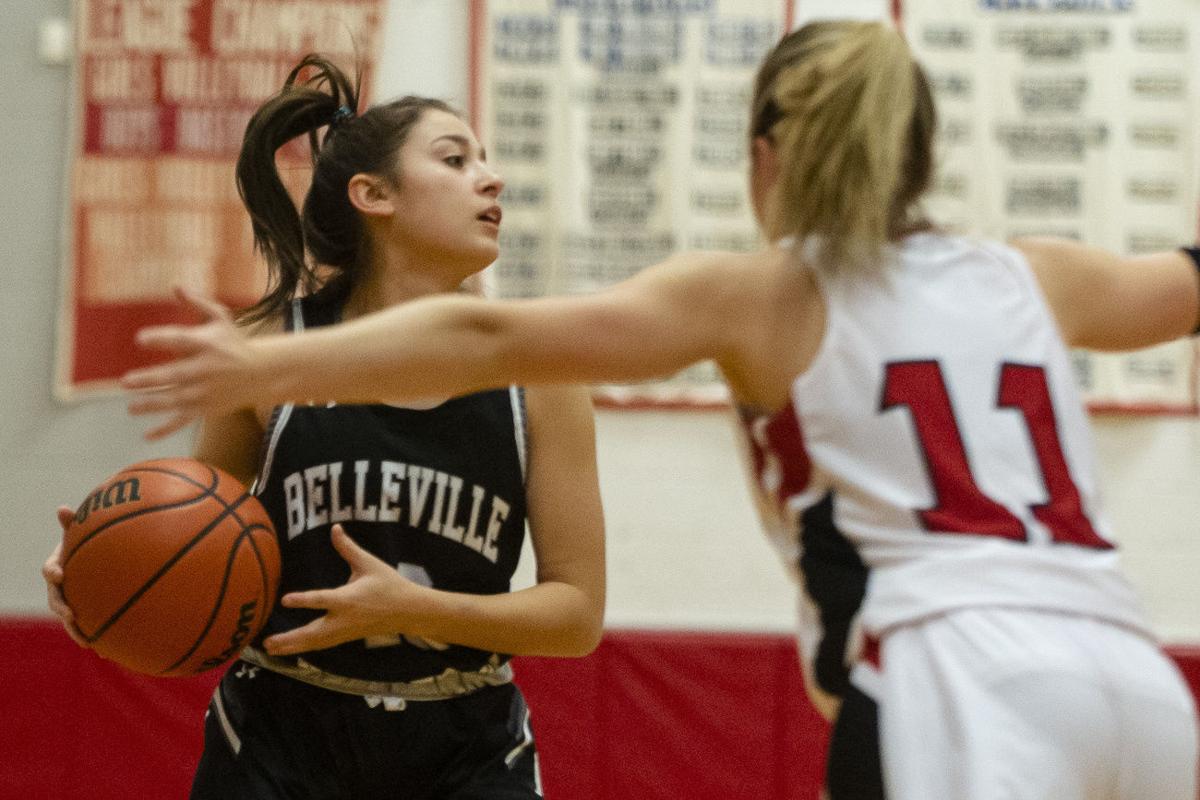 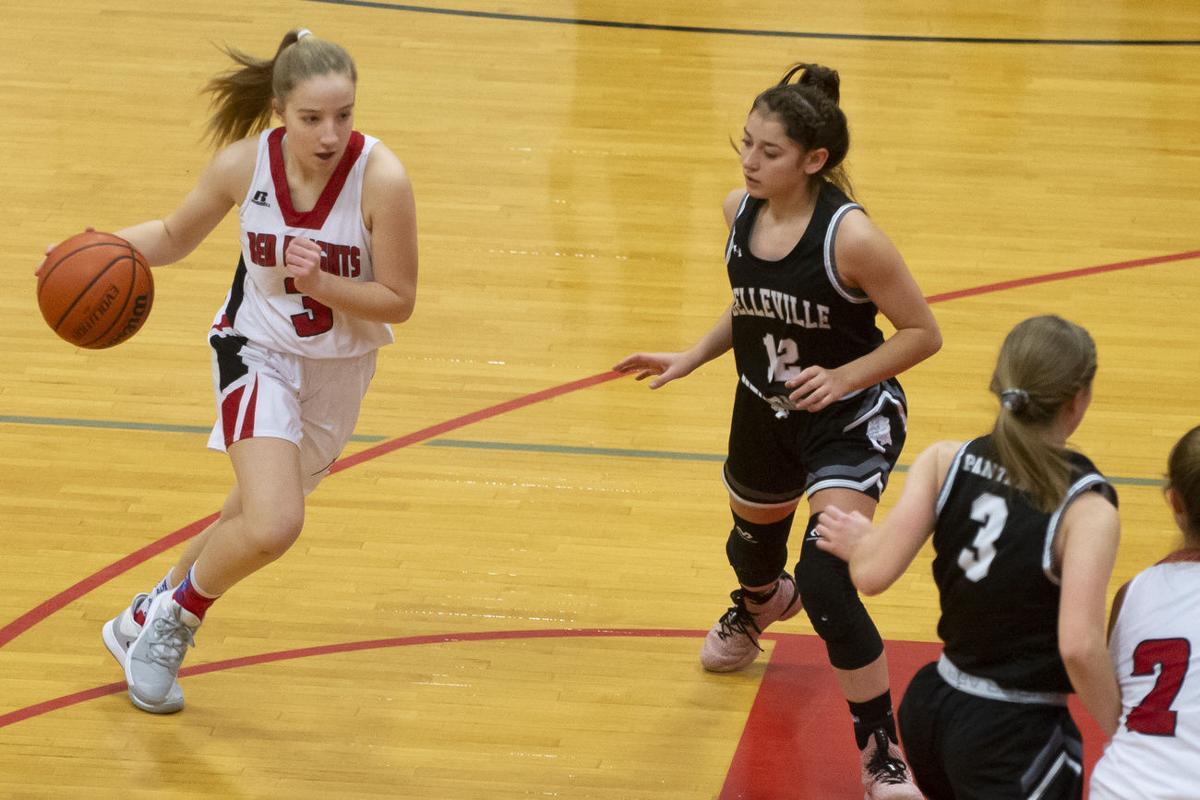 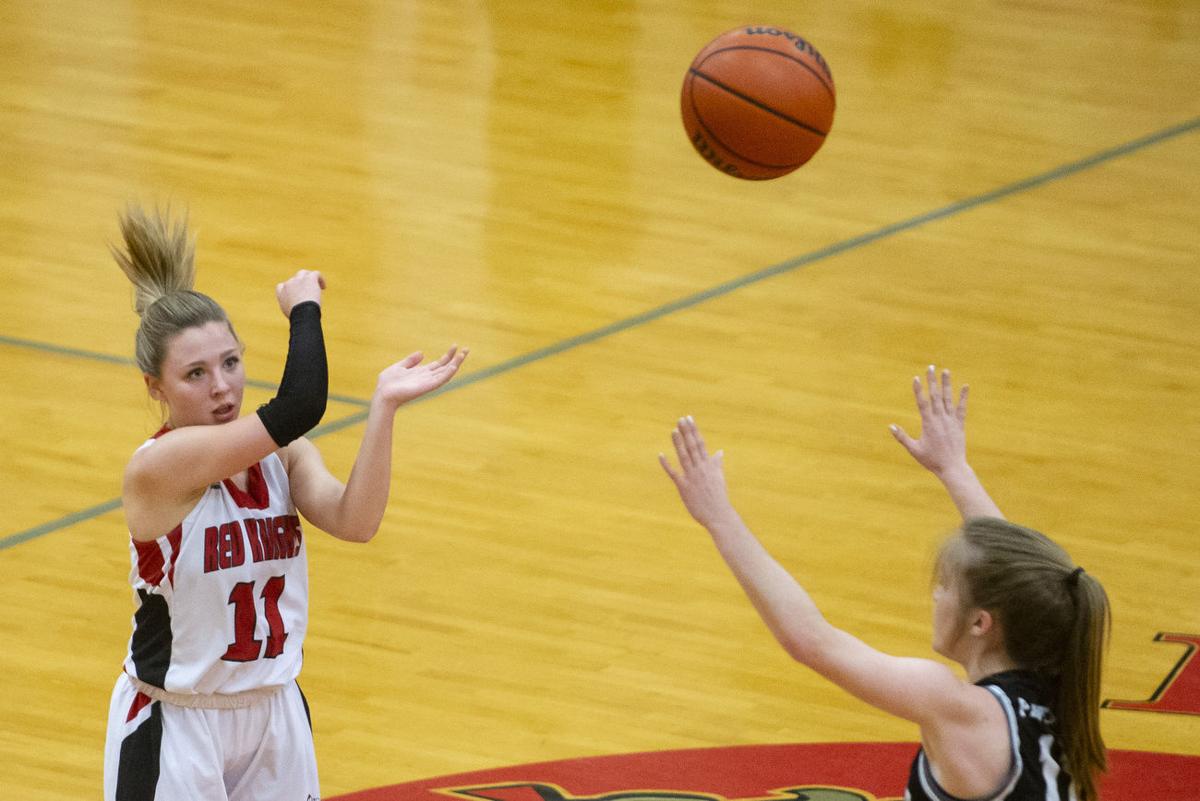 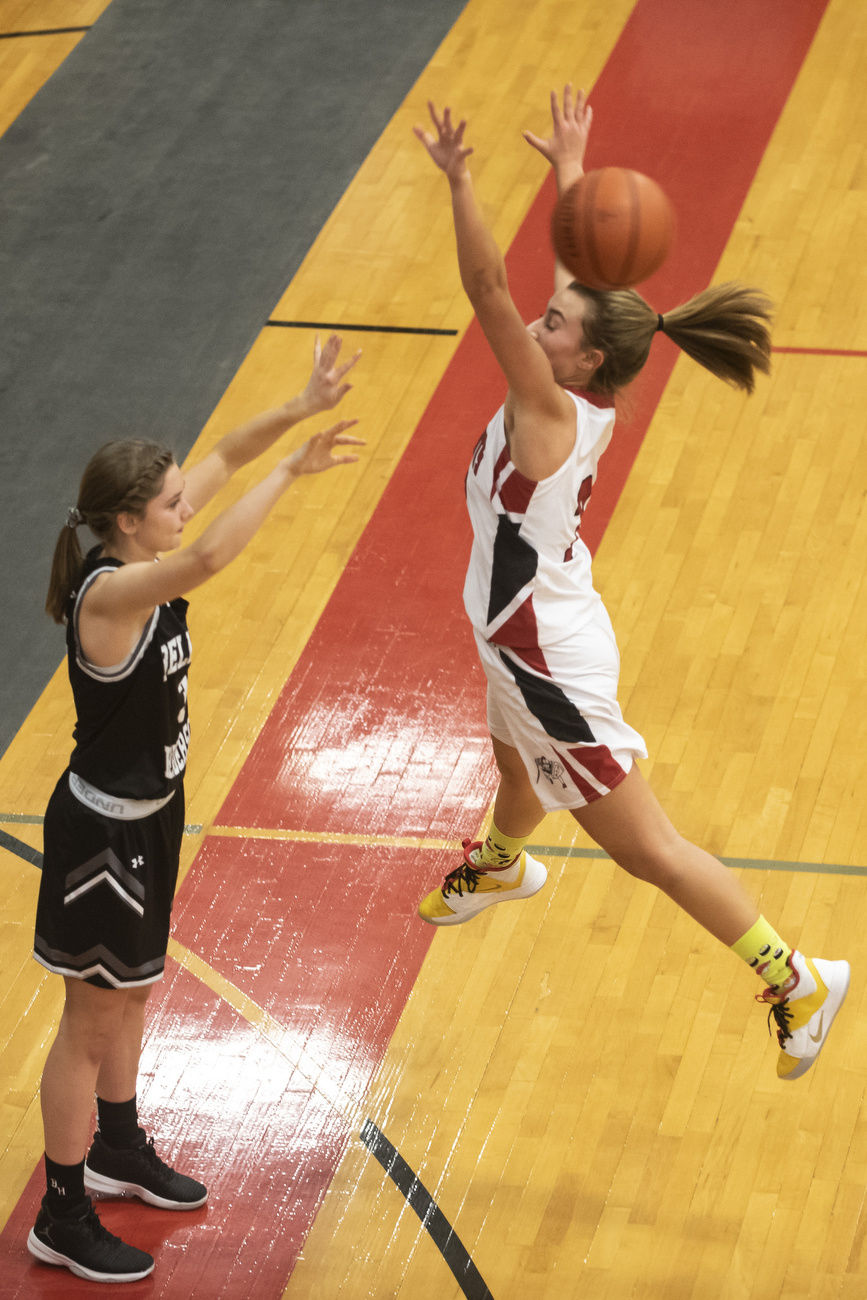 LAFARGEVILLE — In a month’s worth of games, the LaFargeville girls basketball team has won five of its past six contests, including Thursday night’s 40-24 victory over Belleville Henderson at home.

The Red Knights still sit behind Copenhagen and Lyme in the Frontier League “D” Division by a few games, but, with the win over the Panthers, have established themselves as the No. 3 team in the division.

Belleville Henderson (4-6, 4-5), currently in fourth place, is fighting to remain seeded for the league playoffs.

LaFargeville (7-4, 7-3) is fairly inexperienced, while the Class D team consists of mostly juniors — only two players returned from last year’s squad. Luckily they’ve leaned on Josie Barton, the junior transfer out of Immaculate Heart Central. Barton has been a lightning rod on offense, leading the loop in points scored with 250, an average of 22.7 per game.

She again took control of the scoring Thursday, putting up 24 points and knocking down two 3-pointers. While a possession often ended in her hands, the ball wasn’t always controlled by Barton.

The Red Knights moved the ball freely in an attempt to spread Belleville Henderson and open up shots, something that Barton has prioritized this season.

“We worked on getting more passes this game instead of driving each time,” Barton said. “The extra passes helped get the open looks for everybody this game.”

Some of the Red Knights’ shots, including Barton’s, refused to fall on the first attempt. On back-to-back plays in the first half, Barton was responsible for putback layups. Five players in total scored for LaFargeville, including Kiana Malveaux and Jenna Pavlot who scored eight and six points, respectively — both at least double their game average.

A team winning five of its last six qualifies for “finding a groove,” but the Red Knights are still ironing out the offense and defense. Offensively, it’s all about rebounds and movement.

“We box out, get the rebounds and finish and we’re sharing the ball a lot better,” Barton said, “that’s when we perform the best.”

Malveaux, listed as a center, is often in the post creating second chances by pulling down rebounds. “[Our post game] is very important especially with all the big girls on the other teams,” Malveaux said. “Most of them are taller than me so it’s my duty to box out and get the rebounds and get back up as well as box out so my teammate has the opportunity to get a layup.”

However, coach Steve Hunter said his team has made its biggest strides on the other end of the floor.

The man coverage didn’t work for the Red Knights on Thursday, but nevertheless it gave Hunter a glimpse at a possible scheme going forward.

When the Red Knights were in man coverage, that opened the door for Belleville Henderson to gain some offensive momentum. After only managing five points in the first half, the Panthers were much more efficient in the second. Eden Vaughn led the scoring and finished with 14 points — 10 coming in the fourth quarter, keeping the game close.

In a exactly a month from this past Wednesday, the girls FL “D” Division final will be tipping off at Jefferson Community College and the LaFargeville is hoping to be there.

However, that will most likely require going through either Copenhagen or Lyme, two one-loss teams. The Red Knights will get another crack at each of them once more in the regular season and while they’re still focusing on their own improvement, they’re aware of the challenges the division leaders pose.

“We do have that in the back of our mind, we got beat by a lot by both teams,” Hunter said. “Cope and Lyme beat us handily we don’t want to go back there and have that happen again. But also right now we’re taking care of business, we’re trying to beat the teams we know we can beat, play well, get more team chemistry and play together. And maybe when we meet them again later on we’ll do better and then maybe we’ll put ourselves in a position to play them in the playoffs, then who knows.”