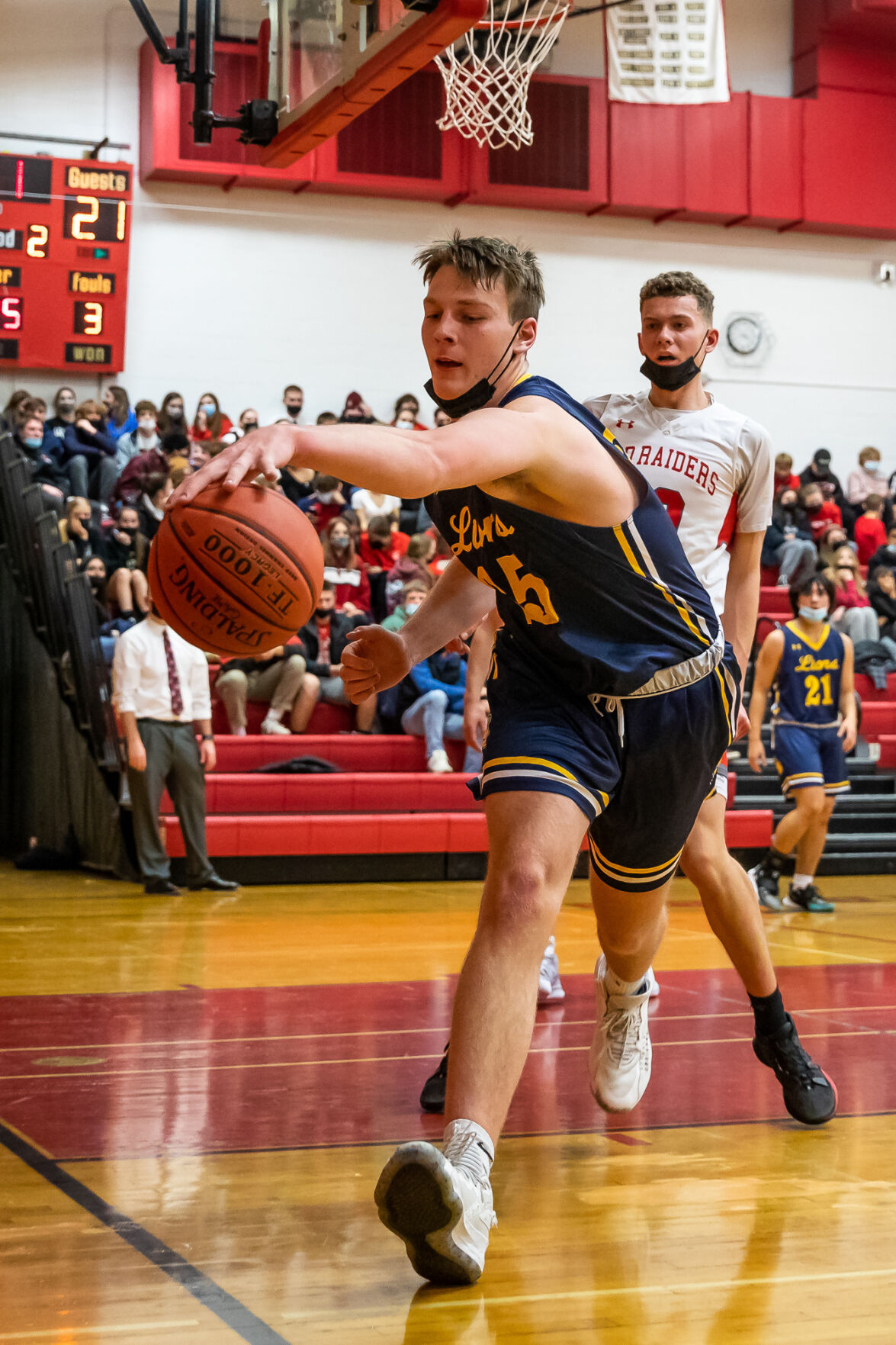 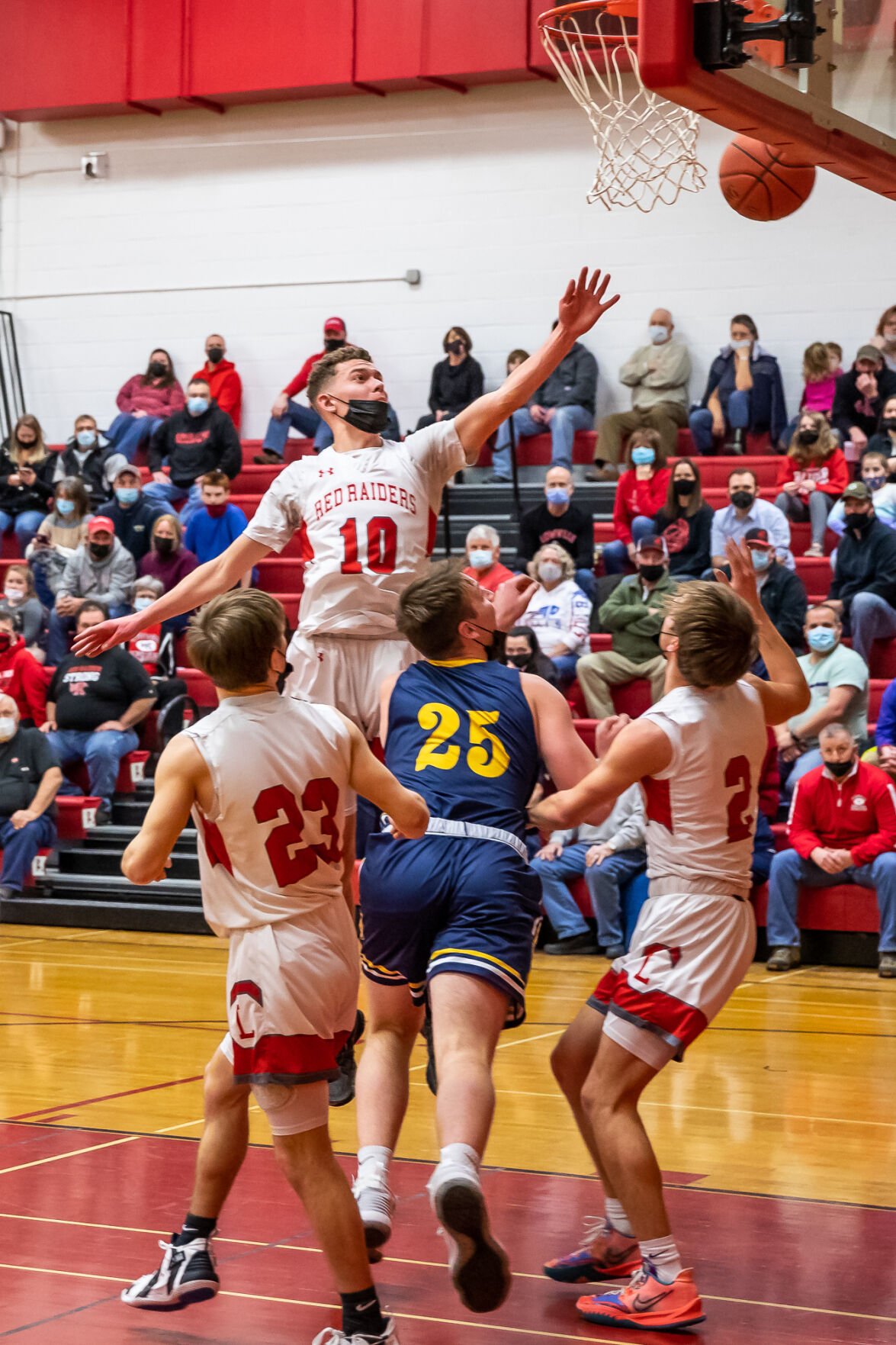 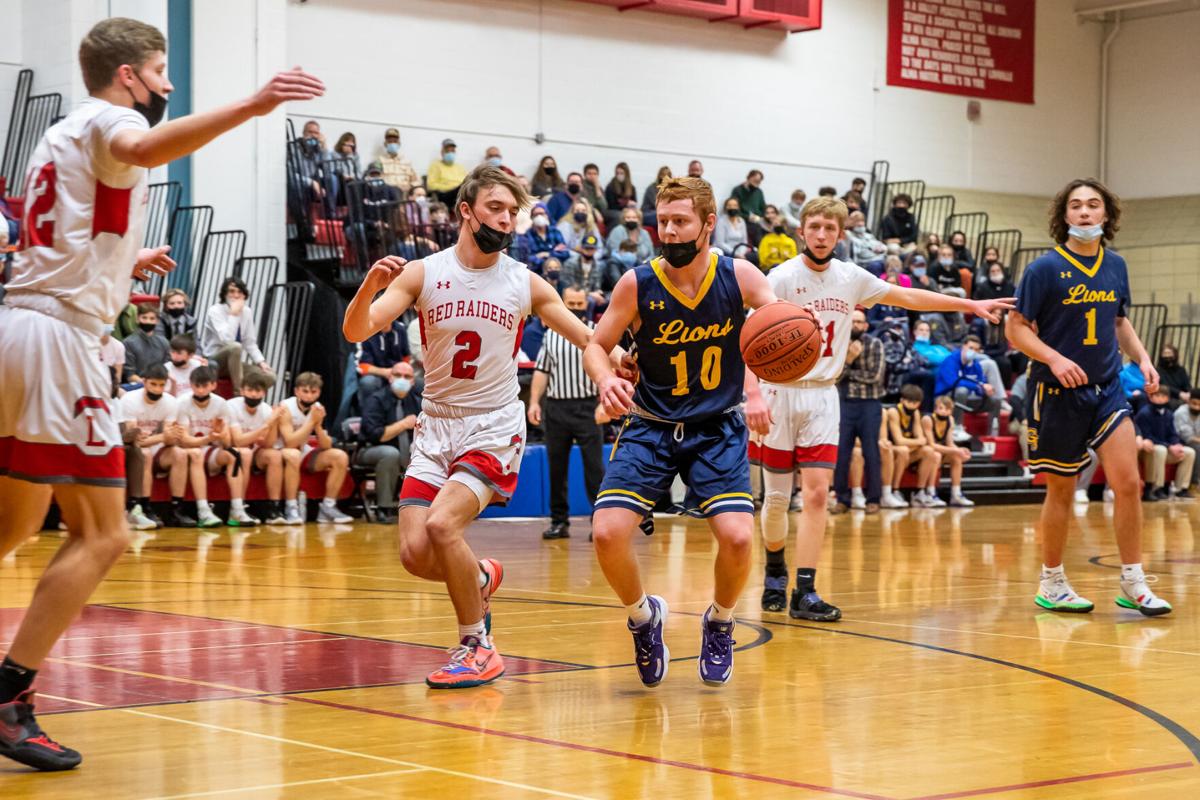 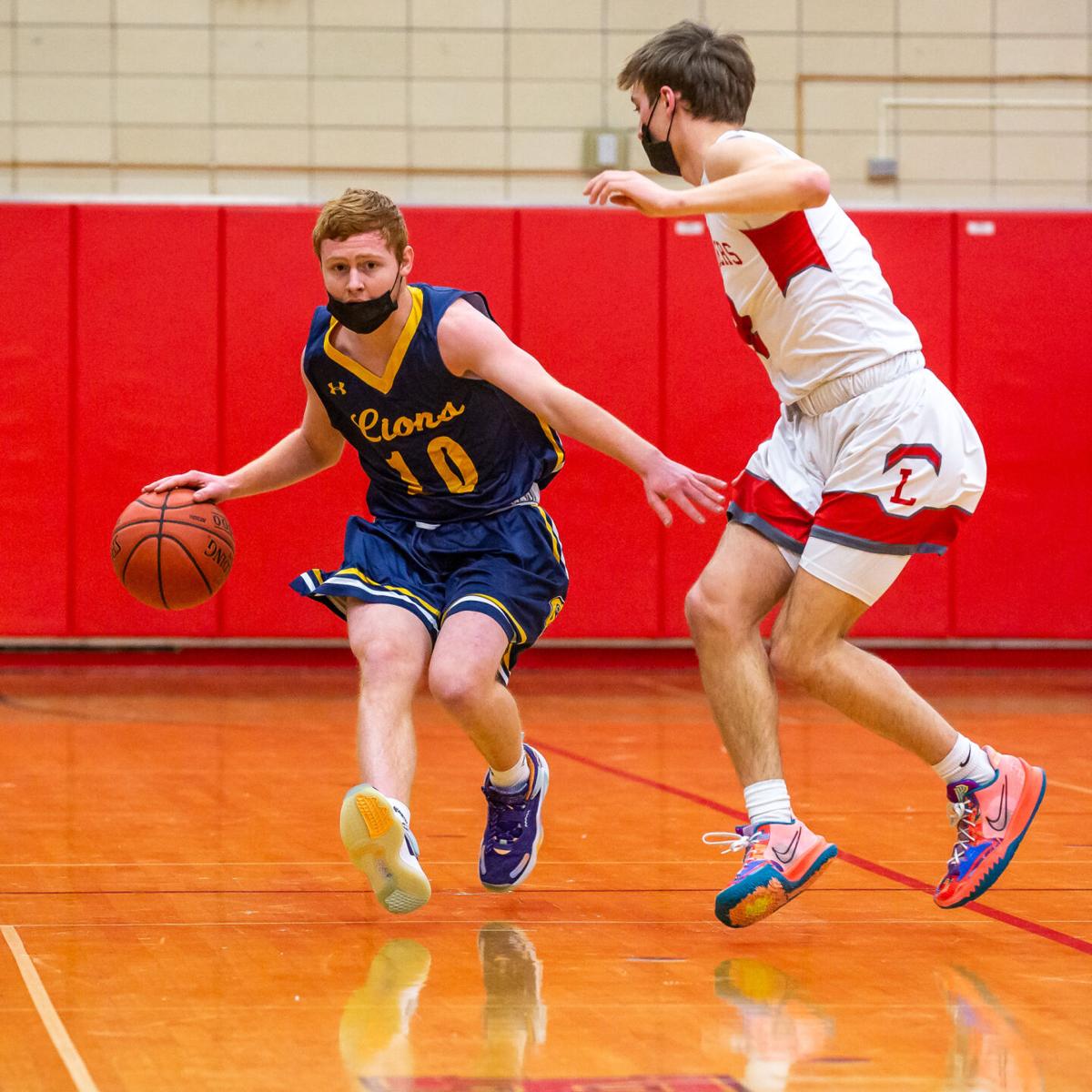 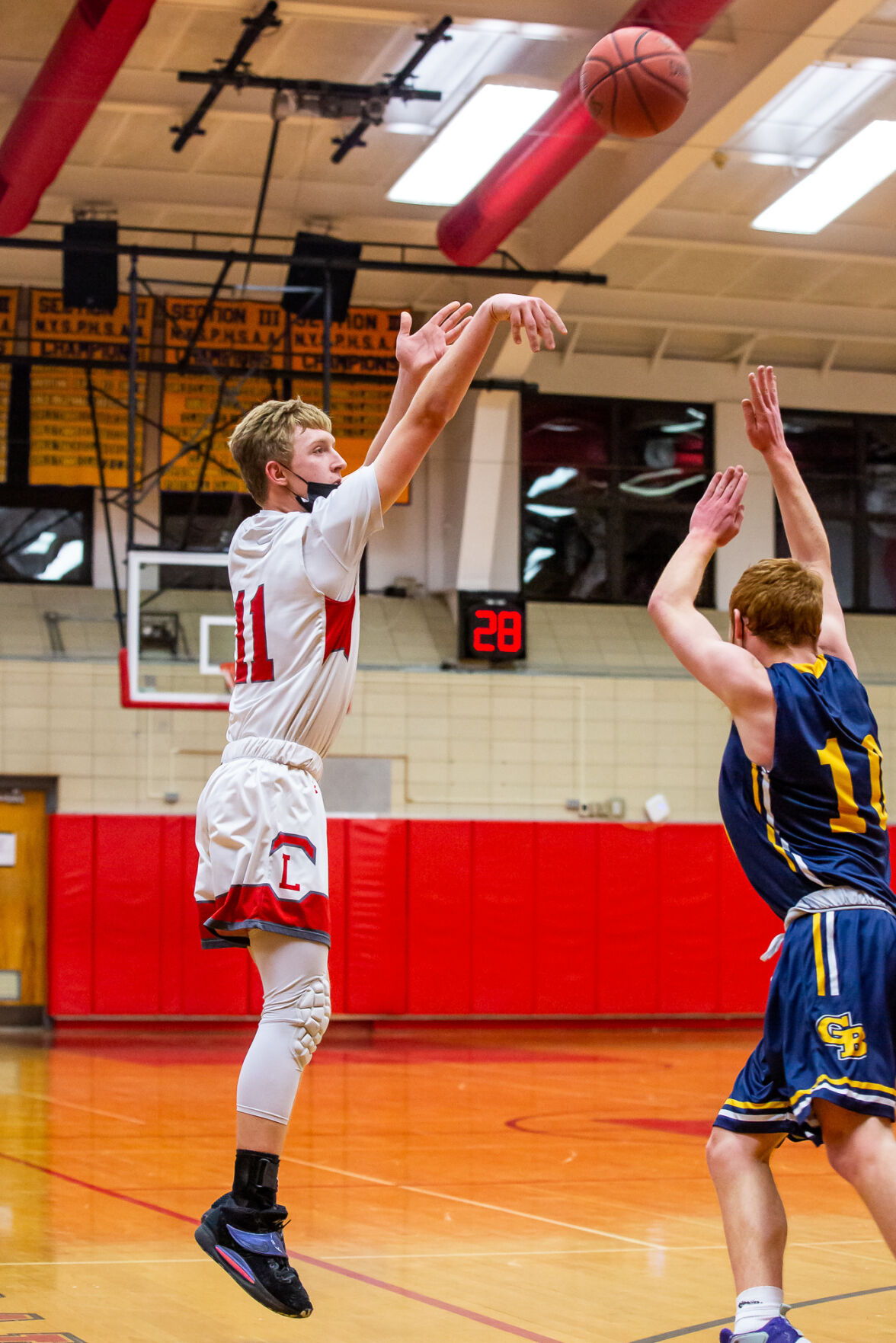 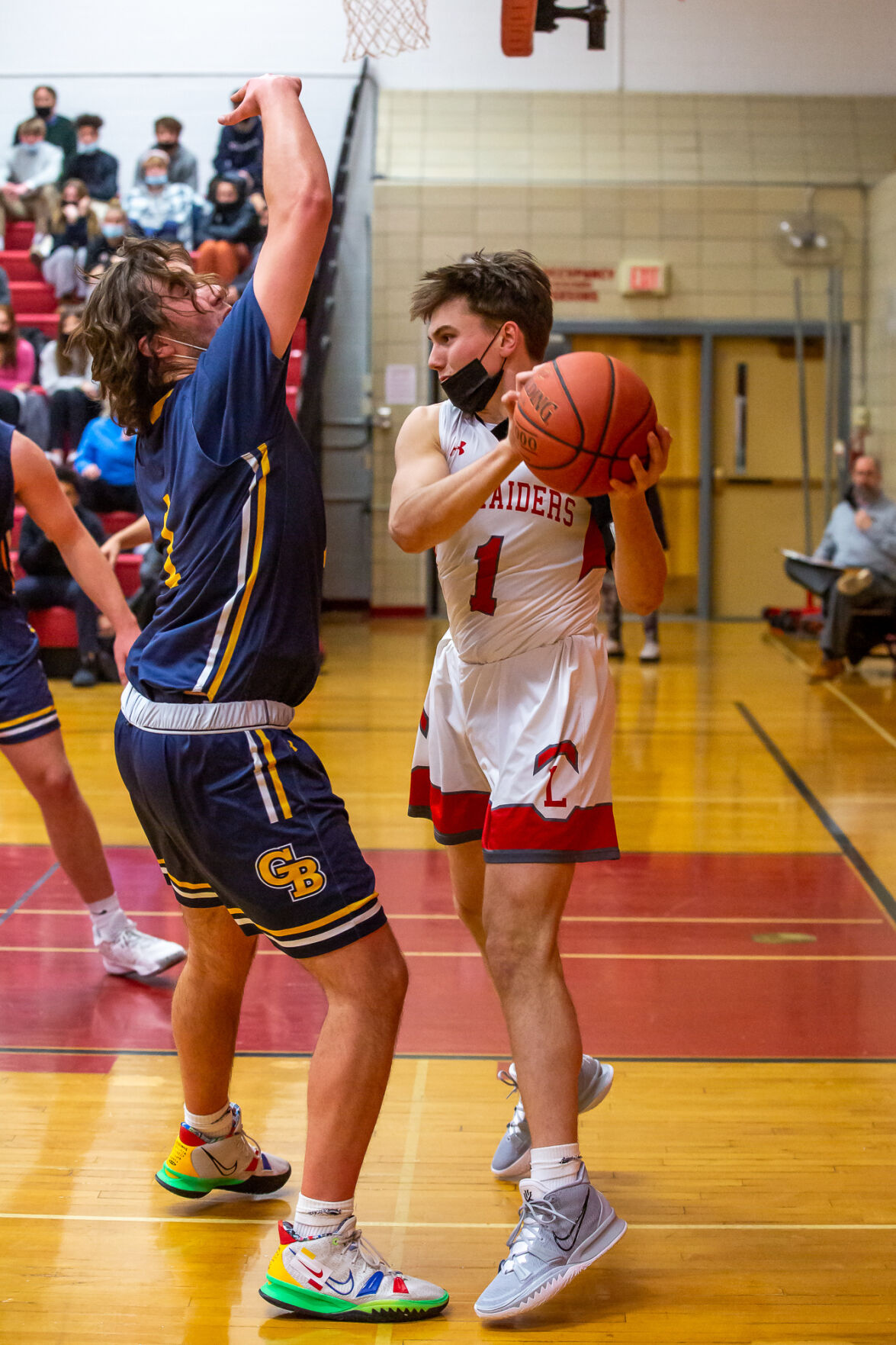 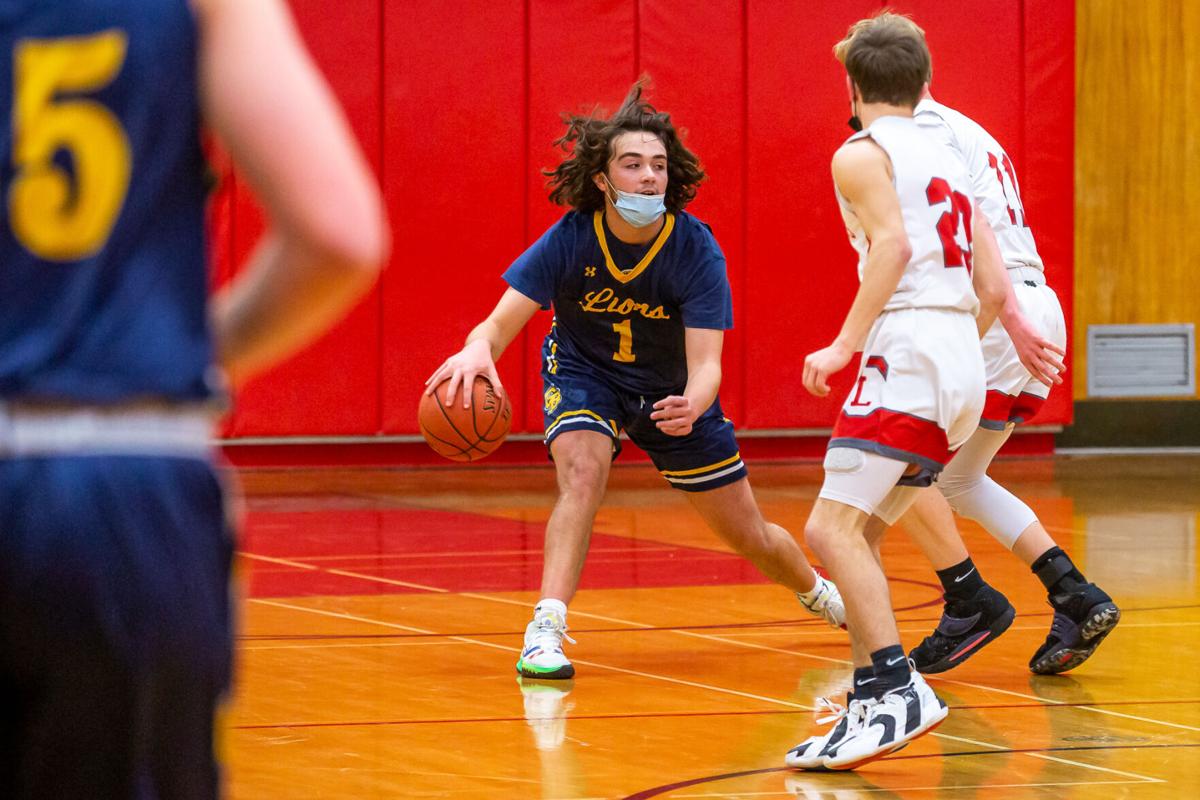 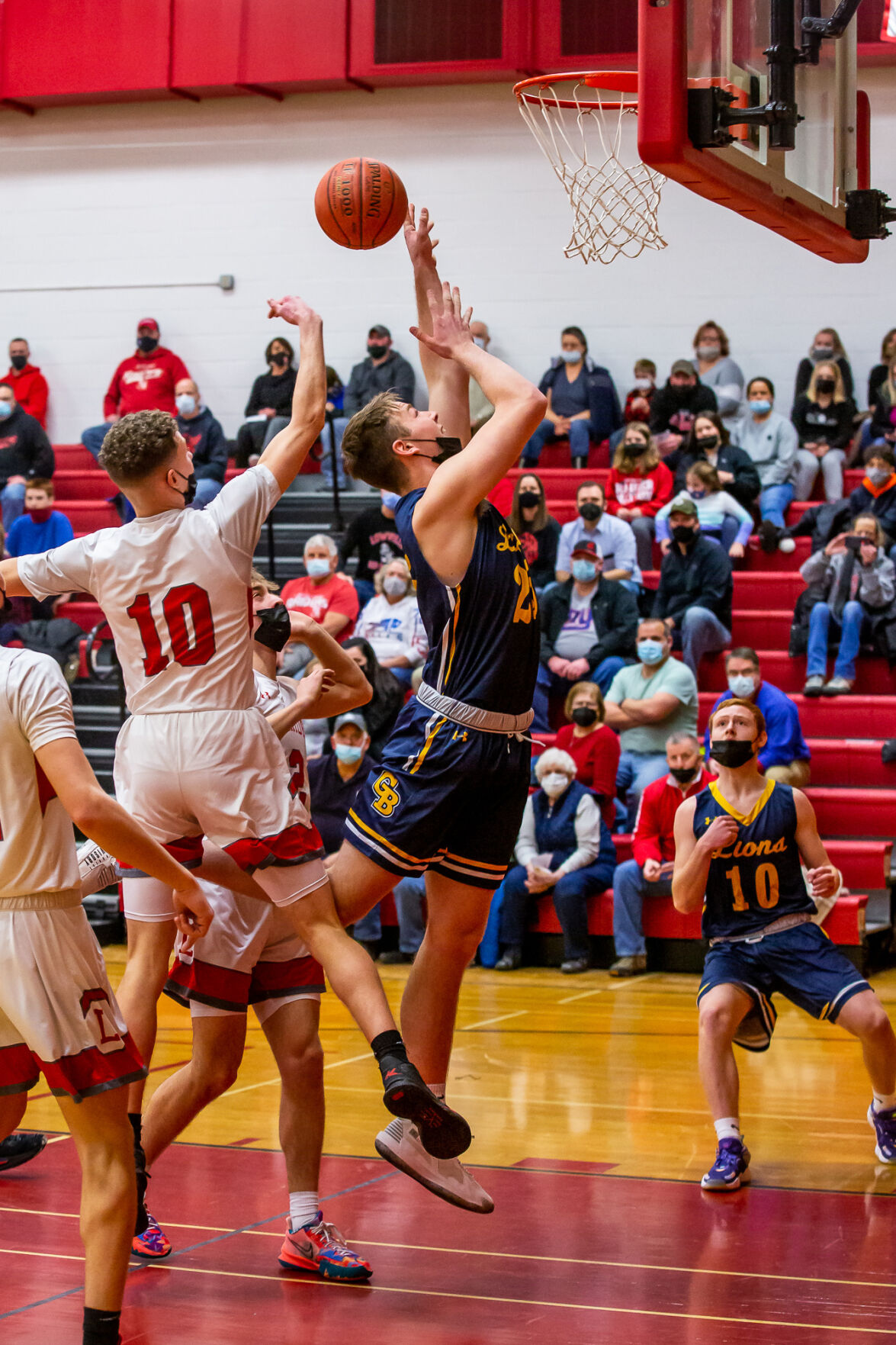 LOWVILLE — Lowville’s Ryan Young anticipated that General Brown would play much tougher this time around.

He proved to be prophetic as the Lions gave their division rival all it could handle on Tuesday night and then some.

After leading for most of the game, General Brown relinquished the lead in the fourth quarter and then forced overtime, but Lowville prevailed in the extra session to come away with a 51-46 victory in a Frontier League “B” Division boys basketball game.

The Red Raiders, who are ranked No. 14 in the state, improve to 9-0 this season, including 7-0 in league play.

“It was a crazy game, we both hustled really hard,” Young said. “Coming down to overtime is probably one of the closest games we had. I knew they were going to play tougher against us, games like these help us learn a lot.”

Dalton Myers scored 12 points and Young and Brody Brown each contributed 10 points to pace a balanced effort in the win.

“This was very intense, the fans, the crowd, a big game in the Frontier League going against another B school,” Lowville’s Brown said. “It’s just nice to pull out that win and have the energy. Even with not playing good brings us up, we hit some shots and that energy really carries us.”

The last time the teams met, just under three weeks ago, Lowville pulled away to win, 54-37, in Dexter on Dec. 23.

On this occasion, General Brown built a 21-16 halftime lead and led 36-33 heading into the fourth quarter after leading by as many as eight in the third period.

“A tough game, it’s always a war with those guys, it seems like the last few years every game we’ve played them have been the closest,” Lowville coach Zach Shambo said. “It’s always such a good rivalry, they always seem to play tough against us and we always seem to have trouble with their zone (defense) a little bit. But tonight was a good game, tonight we battled and came out on top at the end.”

“It was a good comeback for us,” Young said. “I think we just keep getting better as a team and wins like this will help us.”

The Red Raiders engineered an 8-0 surge to lead for the first time, a spurt that was capped by back-to-back baskets from Danny Fayle for a 39-36 advantage.

General Brown (5-2) rallied to reclaim the lead, but later Lowville took a 43-41 edge with 1:07 remaining in regulation on a steal and lay-in by Young. Then General Brown tied the game on Ryan Hiller’s layup with 59.4 seconds left to send the game to overtime at 43-43.

“It was nice to see the kids kind of bounce back from a little adversity being down like that and not panic,” Shambo said. “Hitting some timely shots like we did, that helps and we certainly got some stops. I thought the kids played tough, we knew it was going to be a battle for four quarters and more tonight, obviously.”

After Elijah Englehart hit a deep 3-pointer to open the scoring in the first minute of overtime, the Lions’ Kacy Lennox followed with a three of his own to tie the game.

But Fayle followed with a layup with 3:07 left in overtime to give the Red Raiders the lead for good at 48-46.

“Danny gave us a huge spark off the bench,” Shambo said of Fayle. “With six points, he made some nice layups underneath when Brody found him. It’s awesome with him being a senior and being able to come in and contribute like that.”

Ryan Myers then sank three of four free-throw attempts in the final 16.1 seconds, including a pair with 10.1 seconds remaining, to finish off the victory.

“We just need to get better as a team with our defense and everything like that,” Young said.

Englehart finished with seven points and paced the Red Raiders in rebounds (12), as the team extended its winning streak to 37 games.

Despite the loss, General Brown coach Matt Fiske was encouraged by the effort of his team, which led for most of the game until Lowville rallied in the fourth quarter.

“It’s a tough loss, but it’s loss in which I’m proud of our boys,” Fiske said. “They played well, I think we could have executed our game a little better down the stretch, but we still played well and showed a lot of heart tonight.”

“In the first half, Tucker played pretty well against us and the second half I thought we did a much better job on him,” Shambo said. “We kind of put a little more pressure on the guards and not letting them just dump it in to him every time.”

The Lions, who played the Red Raiders for the second time in three games, came into Tuesday after defeating divisional foe South Jefferson, 59-43, on Monday.

“We just have to keep moving forward and I think we can look at this as a stepping stone,” Fiske said. “We’re playing a little better since the first time we played them and I think we’ve got to get a few more games, we’ve only had one game since we played them. But I think this was a good loss, if you can say that, I think it’s something that we can build on.”