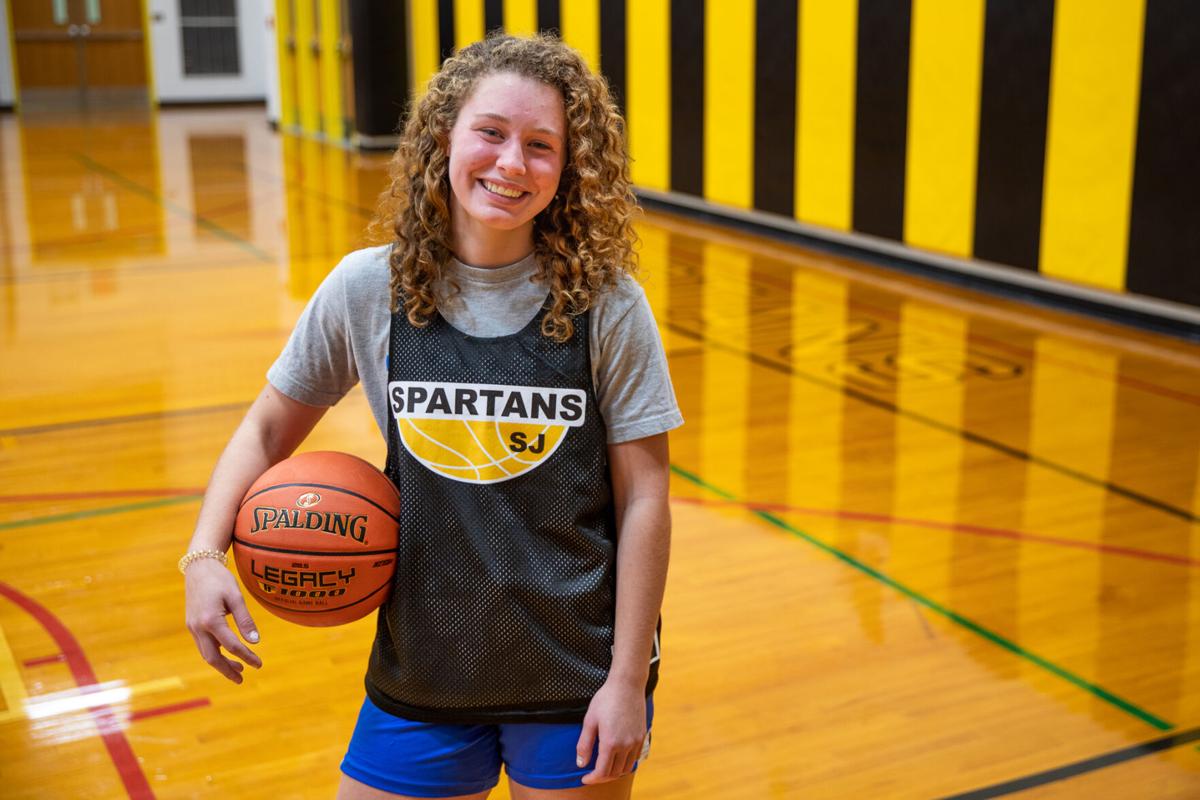 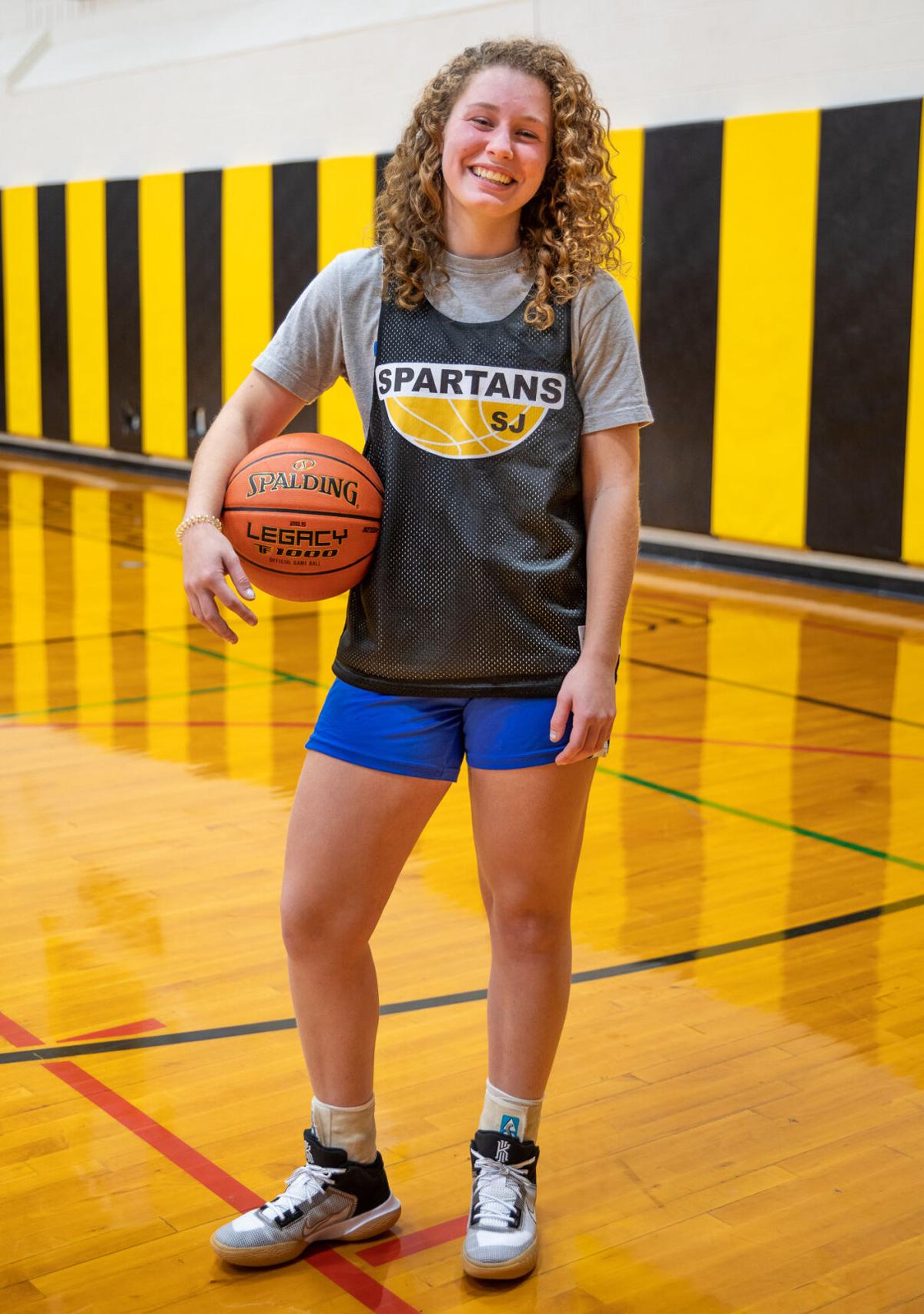 ADAMS — Jackie Piddock’s sophomore season as well as that of her teammates at South Jefferson’s came to an abrupt halt, leaving Piddock and her teammates devastated as their season ended with the emergence of the pandemic after winning another Section 3 title, finishing with a 22-2 record.

“We were actually in the gym preparing because we had just won sectionals, we were preparing for the regional game,” she recalled. “When they came in, sat us down and told us — and there were a lot of tears shed on the team. Obviously everyone had their eyes set and their goals of getting back to states, especially for the seniors, it was kind of tough. But I think it made us stronger in the end and brought us together to work harder.”

The Spartans managed to play six games in an abbreviated season in March, with Piddock reaching another notable milestone as she reached 2,000 career points.

Now a senior, what will Piddock, one of the most decorated and accomplished players in program history, do for an encore?

“It’s exciting, kind of sad, my last year,” Piddock said. “But we have a great team, a lot of young kids, so it will be fun just to see what they can bring to the table. It’s going to be fun. It’s my last one, so I might as well make the most of it.”

The team comes first for Piddock, who recently signed with Division I Marist College, as she hopes to guide South Jefferson to further glory.

“I think the competitiveness of it, especially always competing against my sister from a young age, just trying to beat her in something,” said Piddock, who also starred for the school’s soccer team as a midfielder. “And what motivates me now I think is just trying to get better and see what I can accomplish and what our team can accomplish. Also trying to help the team as much as I can, just try and take on the leadership role and help out.”

Piddock stands exactly at 2,000 points, as she reached the mark in the Spartans’ final game of their spring season, after teams around the state were finally allowed to play.

“She’s just a complete player that doesn’t come around very often,” South Jefferson coach Michelle Whitley said. “She’s been very dedicated as well as being organized on her own to get where she is. She’s very gifted at it and then add the work ethic outside of that, it makes a formidable basketball player.”

The diminutive point guard has started at the position at the varsity level since seventh grade while at Immaculate Heart Central, which was the final season at the school before she and her sister, Abby, transferred to South Jefferson.

“It was different school wise, obviously a lot bigger classes here at South Jeff than at IHC,” Piddock said. “But the atmosphere was kind of the same in the basketball aspect just because they were so welcoming and they wanted to compete, so that wasn’t any different, which made the adjustment easy.”

Her position as a point guard has remained the same through the years as has her dedication to the sport.

While her role on the team has evolved over the seasons, Jackie says she’s gotten stronger.

“I think I’ve gotten a lot stronger physically to be able to finish at the rim,” she said. “I think that was one of my weaknesses and my mid-range game, I’ve been working on that a lot. Just because, shooting it and getting to the rim, I wanted to incorporate another part of my game, so that’s another piece I’ve been working on.”

“She’s always been a great ball handler and it’s just gotten better and better as the years have gone on,” Whitley said.

She has been able to expand her success beyond her prowess as an outside shooting threat.

“I would normally just shoot the three, I was kind of too small to get to the rim and get a lot of finishes and opportunities,” Piddock said. “But I would drive and pass to my teammates, but mostly taking the outside shots. So I think over time, now being a senior compared to a seventh-grader, I’ve gotten a little bigger and able to do those kind of things.”

The Piddocks were key contributors in 2018-19, when the Spartans claimed a Section 3 crown and advanced to the Class B state semifinals, going 20-4.

“I think sophomore year, just physically and maturing, I was able to get to the rim a little more,” Piddock said. “Especially noticing just with a basketball IQ, the openings and lanes and where my teammates were going to be and stuff like that. So I think sophomore year is when it really clicked in that I could do it.”

Jackie got one more season to play with her sister, but it was cut short after winning a sectional crown because of the pandemic.

The Spartans tried to make the most of their season this past spring, going 6-0 record.

“It was so much fun, after the unknown and not knowing if we would ever get to play a season,” Piddock said.

Jackie Piddock brings a world of experience, both on and off the court, as she was born in California and has lived in Rhode Island, Nebraska, California again, as well as Buffalo and Virginia, before her dad, Bob, retired from the U.S. Marine Corps and decided to relocate to the north country.

“It’s been a long time,” Piddock said. “And I love it. My dad asks me every day ‘do you still like it?’ And I’m like ‘I love it.’ Just something about the atmosphere and the teammates I’ve had, it’s just kept it fun. And the competition has always been competitive, it just makes me and my teammates want to get better.”

Bob Piddock is also an assistant coach with the Spartans.

Piddock chose Marist over several other Division I schools, such as Manhattan and Niagara, who also compete in the MAAC, as well as George Washington.

“Out of those schools, Marist was my favorite, they were also the first school to offer me, so that was kind of cool,” she said.

“I definitely like the coaching staff,” Piddock said of Marist.

Piddock is one of four returning starters that includes senior guard Macy Shultz, and juniors Reese Widrick, also a guard, and Emma Schafer at center. Of the team’s 11 players, five are seniors.

“I think we’ll be good this year, especially with the core group of upperclassmen leadership that we have,” Piddock said. “I think that will go a long ways in helping the younger kids adjust and get up to speed. I think we’ll be pretty successful.”

Here’s a look at the Frontier League in basketball: