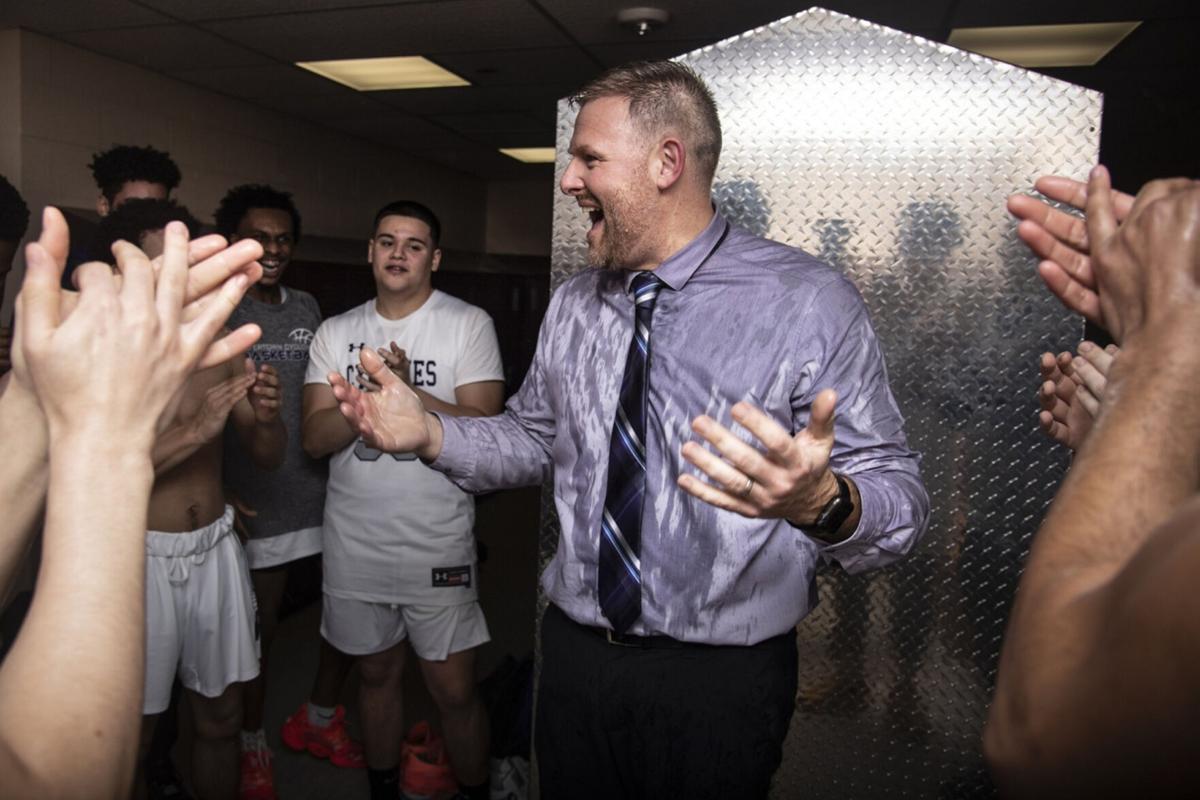 Watertown head coach Jeff Britton congratulates his players on winning the Frontier League “A” Division final over Carthage after being doused with water at Jefferson Community College on Feb. 12. Emil Lippe/Watertown Daily Times 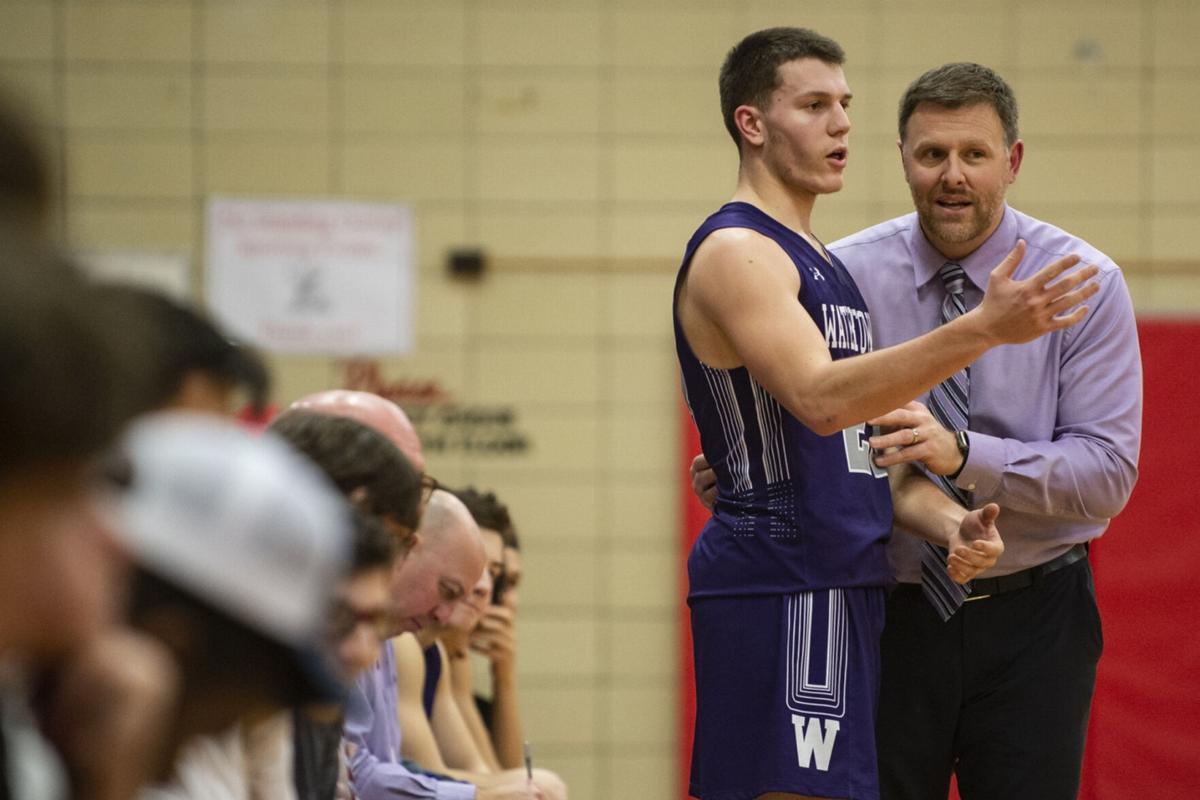 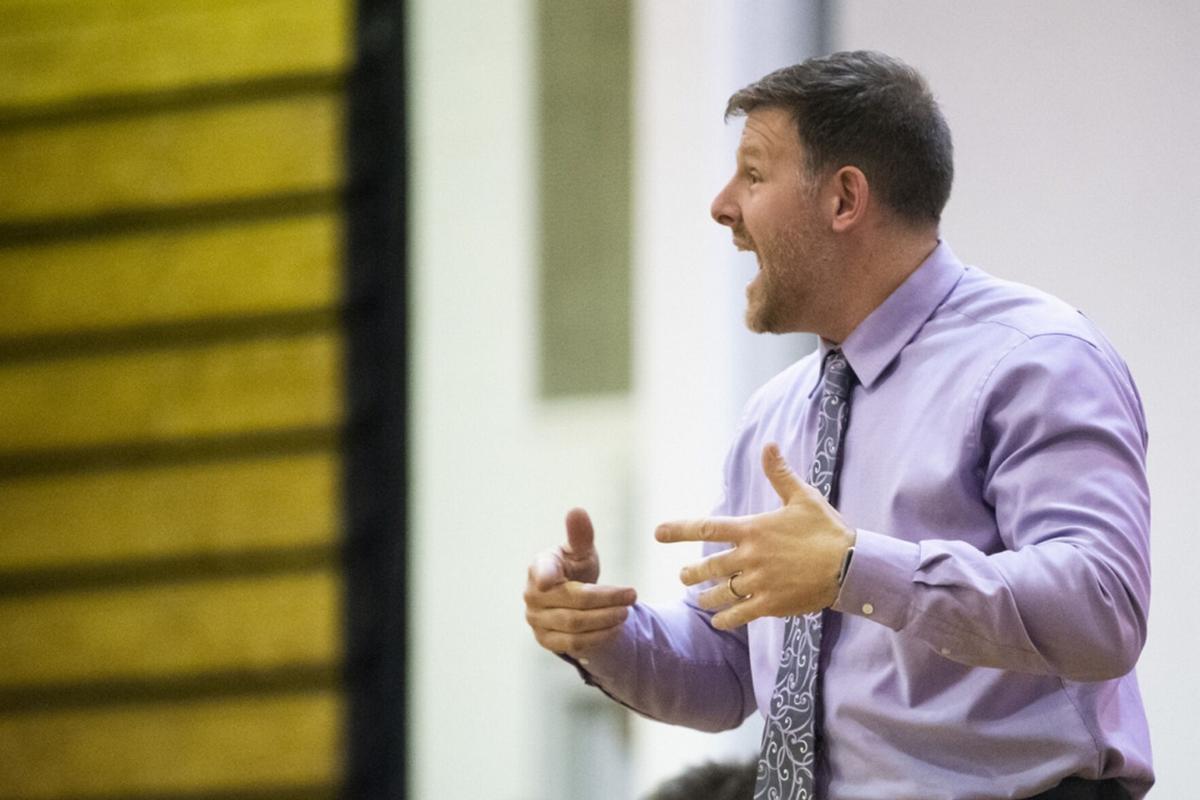 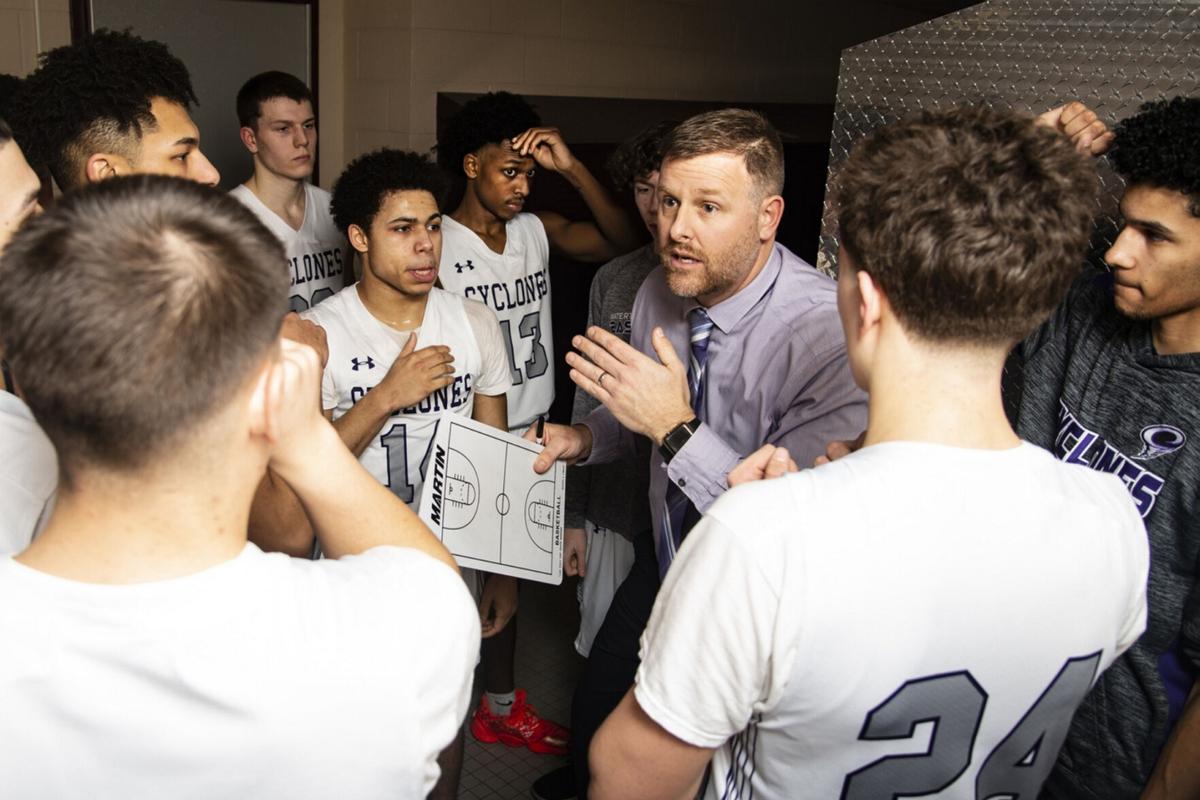 Watertown head coach Jeff Britton talks to his players at halftime during the Frontier League “A” Division final against Carthage on Feb. 12. Emil Lippe/Watertown Daily Times 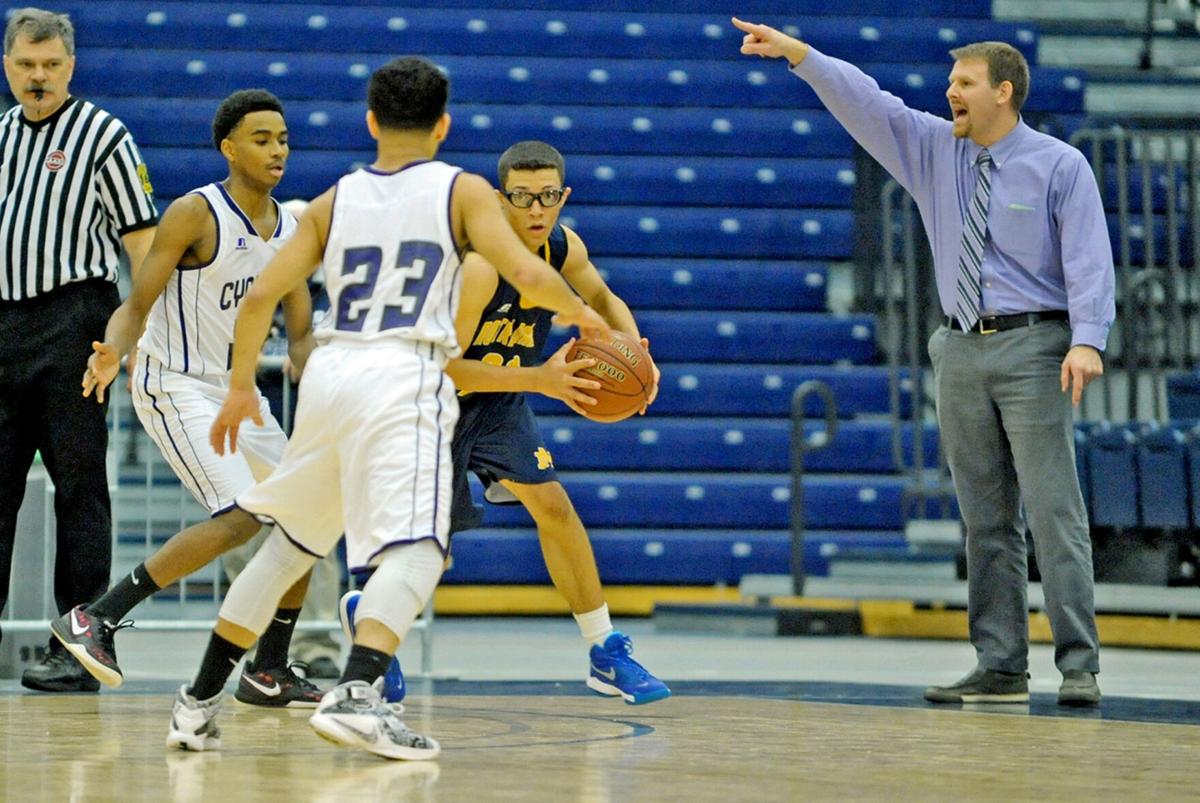 Watertown coach Jeff Britton yells out instructions to his team while on defense against Utica Notre Dame during the Section 3 Class A Boys semifinals in 2016. Watertown Daily Times

Watertown head coach Jeff Britton congratulates his players on winning the Frontier League “A” Division final over Carthage after being doused with water at Jefferson Community College on Feb. 12. Emil Lippe/Watertown Daily Times

Watertown head coach Jeff Britton talks to his players at halftime during the Frontier League “A” Division final against Carthage on Feb. 12. Emil Lippe/Watertown Daily Times

Watertown coach Jeff Britton yells out instructions to his team while on defense against Utica Notre Dame during the Section 3 Class A Boys semifinals in 2016. Watertown Daily Times

WATERTOWN — Jeff Britton has been a north country staple for more than two decades.

After his years of playing varsity basketball at Carthage, Britton began coaching the varsity team at Watertown in 2002, succeeding coach Paul Adams.

But no matter how enjoyable the past 18 years of coaching the Cyclones has been, Britton is ready to leave the bench and focus more on his family, particularly his daughters, Paige and Peyton, as they continue their basketball careers.

He made his decision around February.

“My daughters are coming along in their lives where they’re going to be starting their high school (careers),” Britton said. “My one daughter (Peyton) is going to be playing JV sports next year, and I have one more (Paige) right behind her. It’s just a good opportunity for me, I’ve missed too many of their games last year and I didn’t want that to happen again.”

Britton leaves the Watertown coaching scene on a high note as led the Cyclones to the Frontier League “A” Division regular-season and postseason championships during an 11-10 season.

With nearly two decades of memories, Britton can’t pinpoint a favorite moment. He fondly looks back on when the Cyclones defeated Carthage in the Frontier League finals in February and the celebratory water bottle bath that followed. Candid moments like that are what stick in his head.

In his years of coaching, Britton has seen countless crops of players. Some of the ones he coached this past season were not even born when Britton began to command the Cyclones’ bench.

Having that much experience has taught Britton how to be flexible in his coaching strategy.

“Everyone always has their own coaching philosophies, but I don’t think you can coach every kid and have the same approach to getting a point across to every single kid,” Britton said. “You have to have a different relationship with every single kid. And every school has a different type of clientele. We’ve had kids that have had to miss practice because they needed to go home and take care of their brother or sister so we couldn’t practice from 7-9, so a lot of that stuff.”

Along with building a relationship with students and crafting his coaching approach to each player, Britton has changed the way in which he coaches on game day.

Britton will coach Paige, who is going into sixth grade, but will shift more to parent/fan for Peyton, who will be going into eighth grade and playing JV at Sackets Harbor.

Although Britton believes he’ll always be coaching his kids, he believes the most important coaching doesn’t come right after a game.

“Those coaching moments I always had (with my parents) weren’t necessarily at the game while they were watching, they were on a drive someplace where we’d talk about something,” said Britton, who played basketball and baseball for Carthage before graduating in 1997. “You pick your moments to try and help coach your kid, it doesn’t have to be, or should be, immediately after the game. Every coach at Watertown, we have a 24-hour rule, whatever you think right after a game, you sleep on it before you say anything because I bet you, you’ll see it differently in the morning.”

Britton may not be done with coaching high school basketball. In the future, he may take up Sackets Harbor girls basketball coach Ryan Tastor’s offer to help coach the girls varsity team.

In the meantime, he’ll be enjoying games sans shirt and tie and from a different perspective — the bleachers.