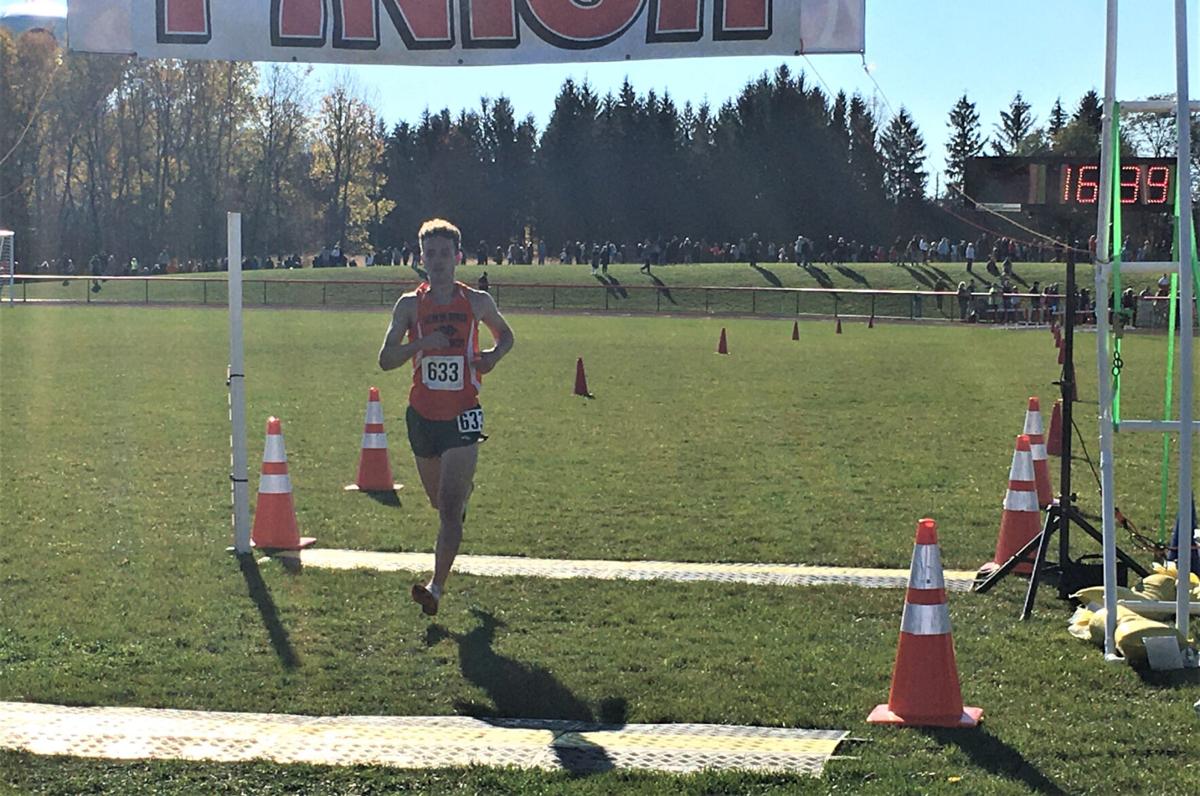 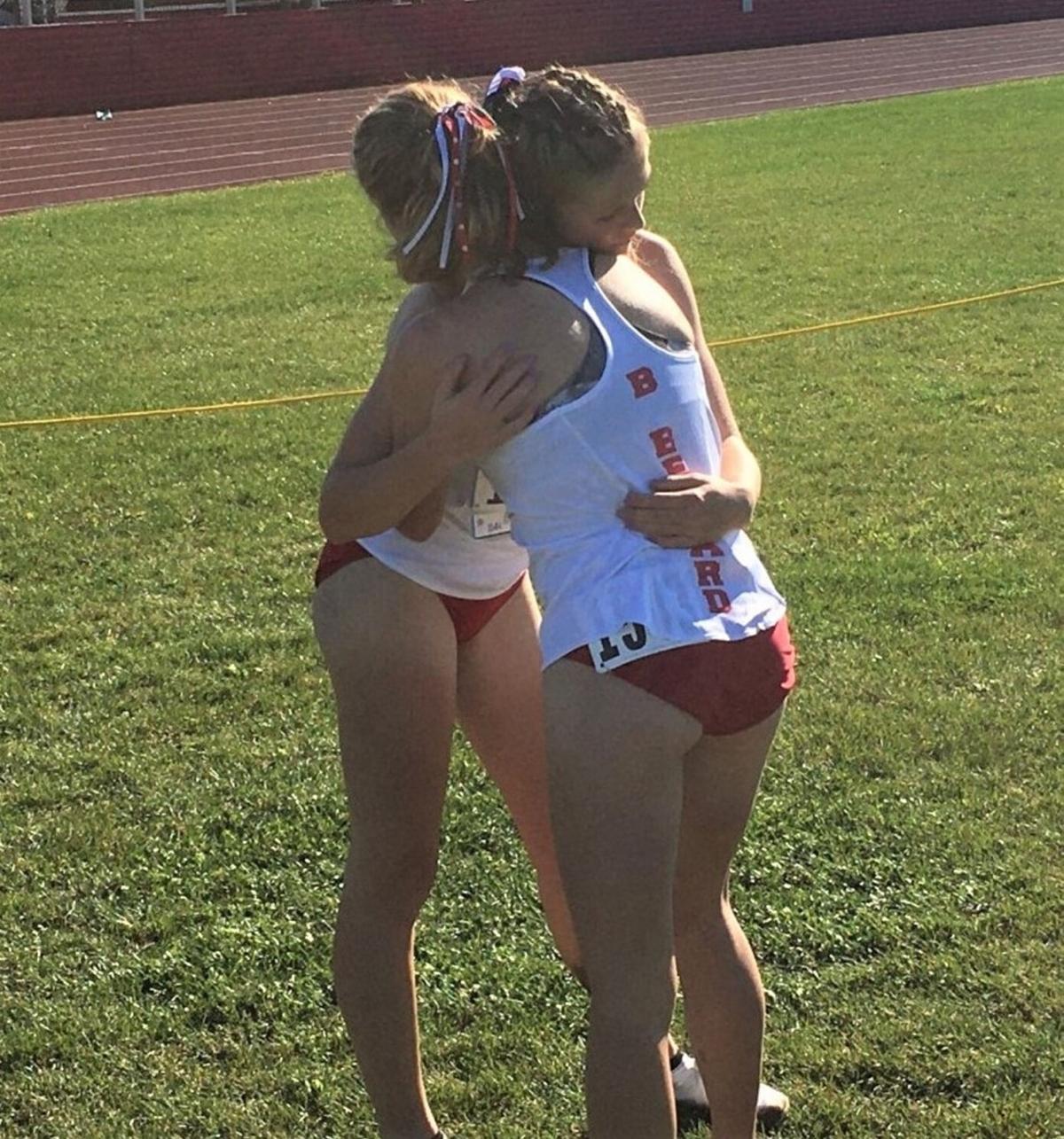 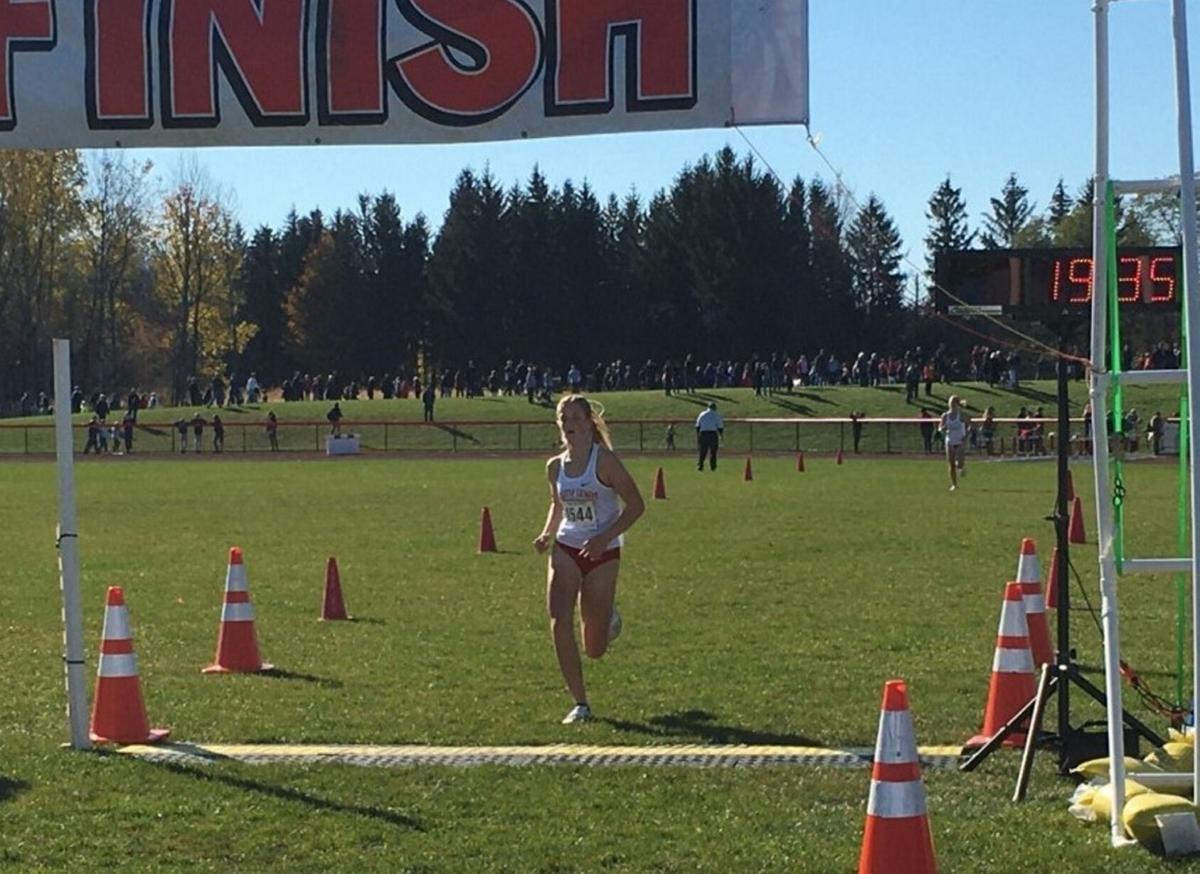 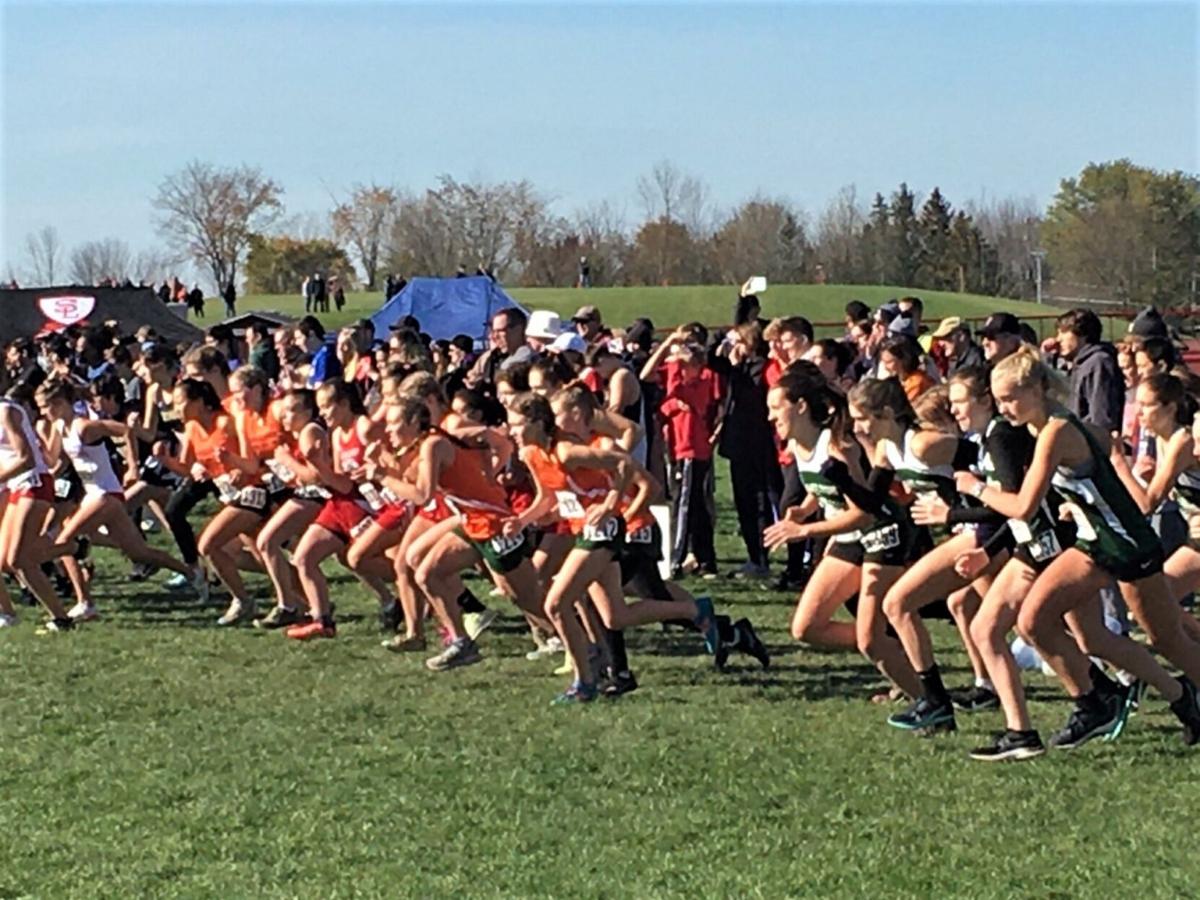 Girls runners hit the course at the start of the Section 3 Class D race on the course at Vernon-Verona-Sherrill on Saturday in Verona. Dan Mount/Watertown Daily Times

Girls runners hit the course at the start of the Section 3 Class D race on the course at Vernon-Verona-Sherrill on Saturday in Verona. Dan Mount/Watertown Daily Times

Alexa Doe of South Jefferson, Lexi Bernard of South Lewis and Colton Kempney of Beaver River won their respective classes as the Spartans, Falcons and Beavers qualified their teams for states. Doe turned in the fourth-best time of any girl in any class to win the Class C race, while Bernard and sister, Brynn, were first and second in Class D.

Kempney registered the third-best time of any boys runner to take the Class D race. Other individual Frontier League state qualifiers are McKinley Fielding of Carthage in Class B girls and Collin Stafford of South Lewis in Class D boys. Both finished second in their respective races.

The state race is slated for next Saturday at Chenango State Park in Chenango Forks.

Doe won that elusive Section 3 title with a time of 18 minutes, 51.8 seconds on the 5-kilometer course. She became the first sectional champion from the school since Brittany Burns in 2007. Doe said she would have liked better start, but she surged well in the final two miles.

“I tried to gain some ground in the first mile,” Doe said. “My first mile was a little slow, but I managed to maintain my pace.”

Teammate Karsyn Burnash finished in second place with a 19:54.1 as the Spartans put together a dominant performance to win the class with 21 points and take their first team crown since 2000. South Jefferson also placed Carley Worden (fifth) and Annabelle Renzi (sixth) in the top 10 and had three more in the top 15 to outpace second-place Cazenovia.

“I was confident in myself going (to states), it’s not the same without the rest of them,” Burnash said. “It’s a completely different experience (as a team) and I’m so excited.”

The Spartans can rely on Doe and Burnash at the top of the lineup, but their young depth came through. Coach Justin Crossway said that the team is peaking at the end of the season.

It was a family affair in the Class D girls race as the Bernards helped spur the Falcons to their first sectional team title since they won the state title in Class D in 2017. Lexi Bernard turned in a mark of 19:35.5 while Brynn Bernard was 8.1 seconds behind at 19:43.6.

“We’ve been training together for so long, so to finish together 1-2 is so good,” Lexi Bernard said.

South Lewis came into the season as the top-ranked team in the section in Class D in preseason rankings and delivered after beating Oriskany for the overall class title. The Falcons finished with 33 points while the Redskins scored 55.

“It feels amazing to have our team go to states,” Brynn Bernard said.

Mallory Kraeger was fourth while Grace Bailey was ninth and those runs played a hand in the South Lewis clinching the team title. The third through fifth runners are often vital to nailing down team honors.

“Fortunately we were able to compete with a full team of six (runners) and we’re pushing onto states,” South Lewis coach Jack Bernard said.

Kempney put up another traditionally dominant effort to win the race with a mark of 16:39.1 to win his fourth individual sectional crown and fourth straight team title for the Beavers. He didn’t want to lose a sectional team championship in his final Section 3 meet.

“I said I never lost at sectionals as a team and I didn’t want that to happen (Saturday), so we did what we had to do and got it done,” Kempney said.

Conner Zehr placed fourth and Brayden Campeau was 11th and Beaver River fended off Tully for the team title. Zehr, a sophomore, fared well in his first Section 3 meet and enjoys competing with Kempney.

“I like it a lot because it makes me have to try harder to stay the same distance behind him in speed workouts.” Zehr said.

Beaver River has won 18 Class D titles and the last three in a row, but will have to contend with Tri-Valley of Section 9 in next week’s state meet. Beavers’ head coach Alex Barrett thinks they can still do some damage and be in the mix for a fourth straight team state championship.

“We’re not the favorites down there, so it kind of puts us in an odd position we’re not used to,” Barrett said. “But it’s kind of nice not to have a target on your back and we can be the ones in the hunt.”