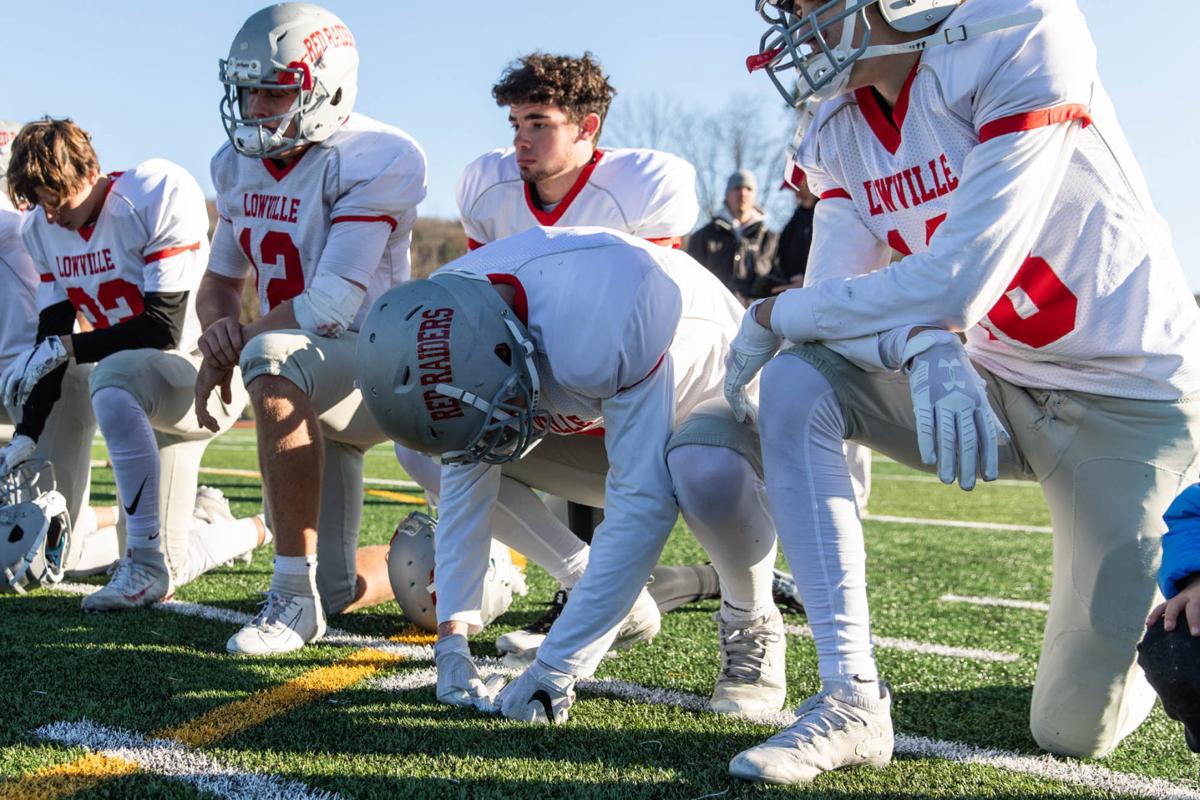 Lowville’s Aidan Macaulay, center, sinks toward the ground after his team’s loss to Susquehanna Valley, 44-36, on Saturday in the state Class C quarterfinals in Vestal. Sydney Schaefer/Watertown Daily Times 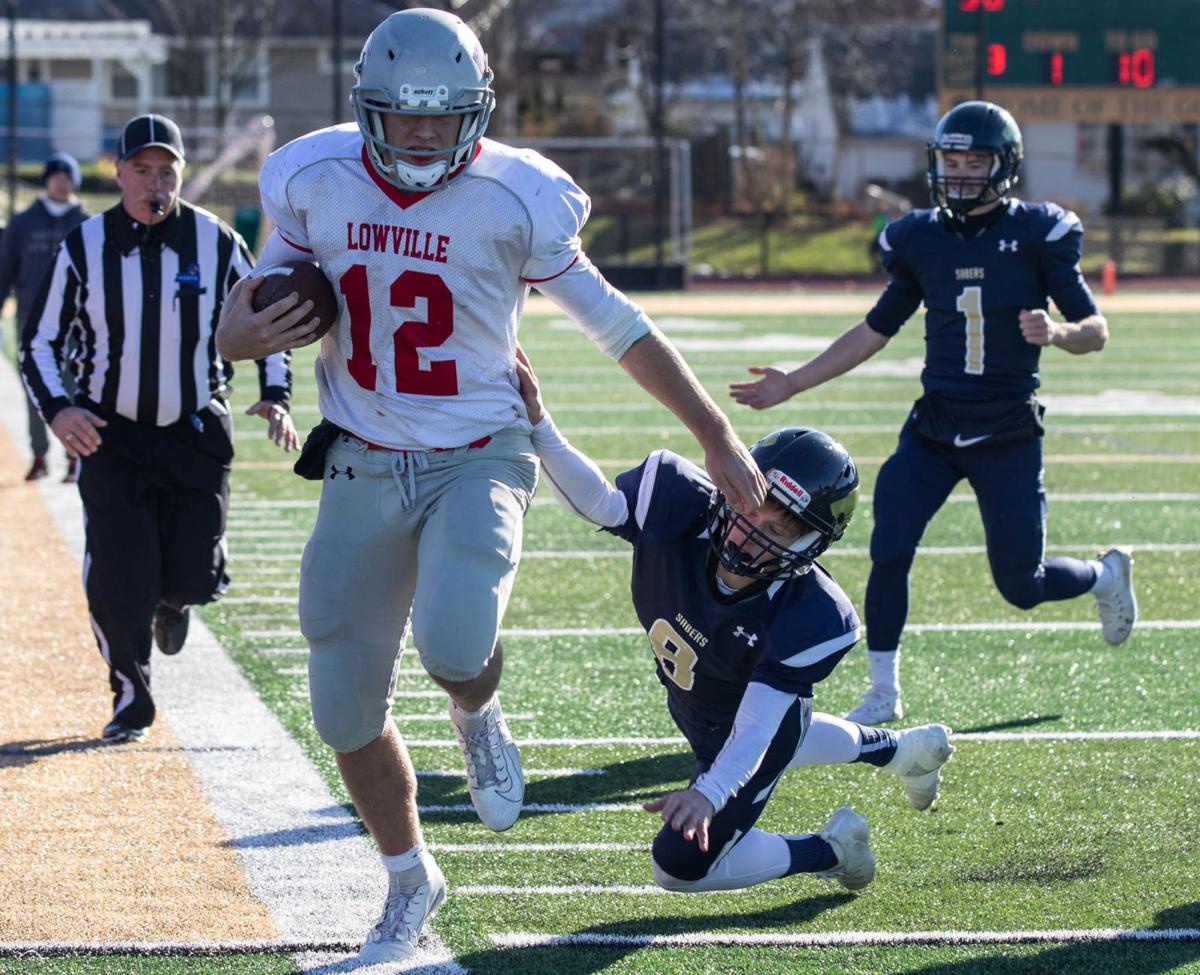 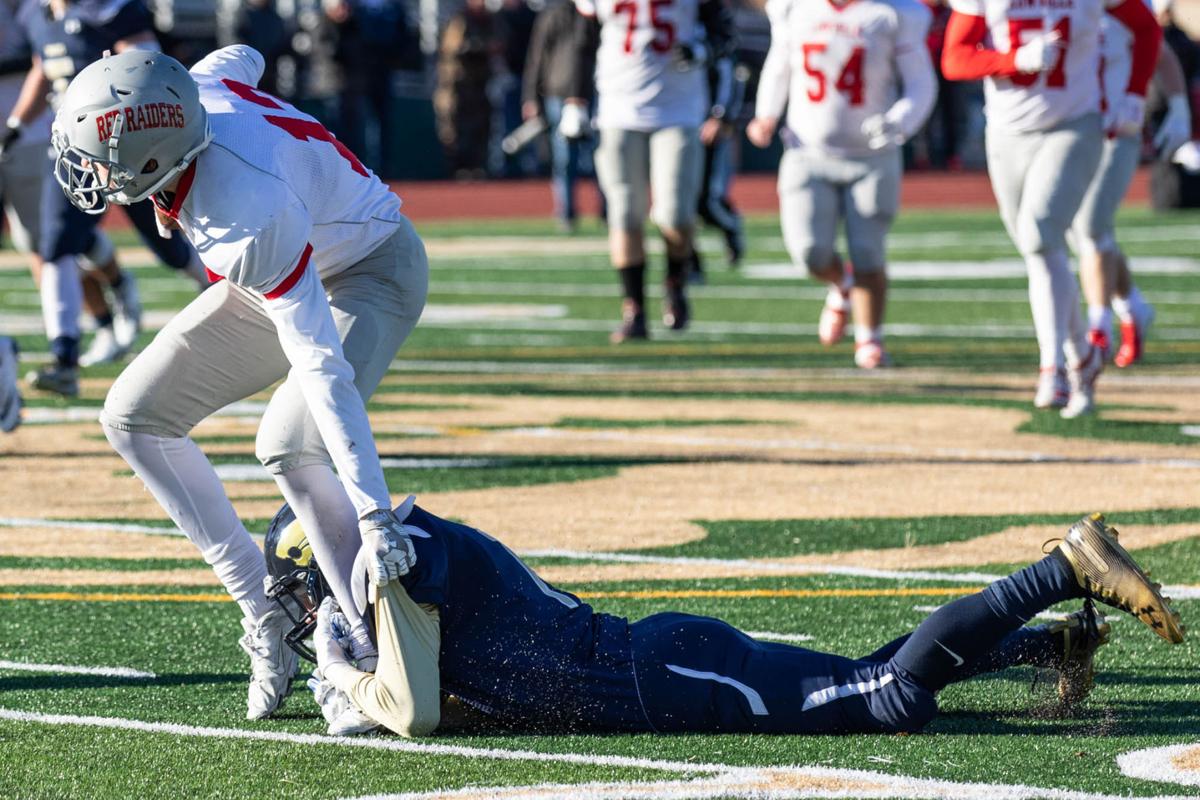 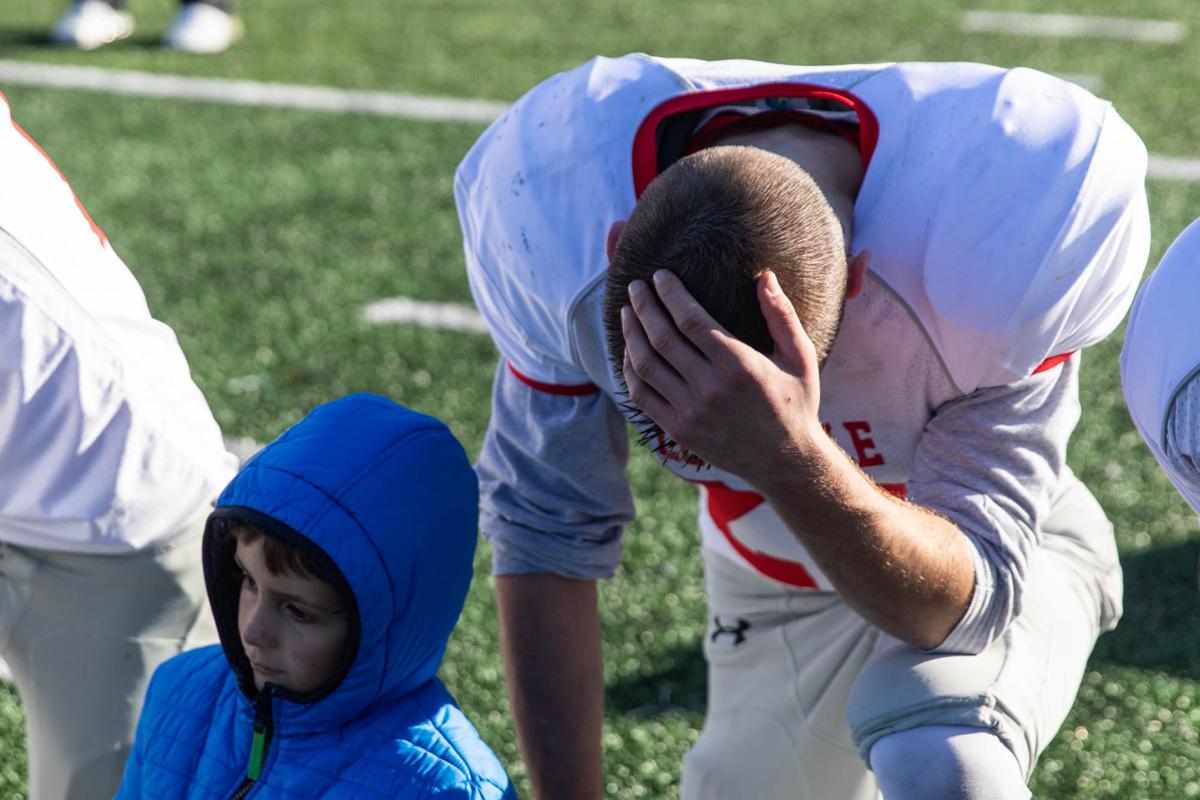 Lowville’s Jared Beyer puts his head in his hand after the Red Raiders fell to Susquehanna Valley, 44-36, on Saturday in the state Class C quarterfinals at Vestal High School in Vestal. Sydney Schaefer/Watertown Daily Times 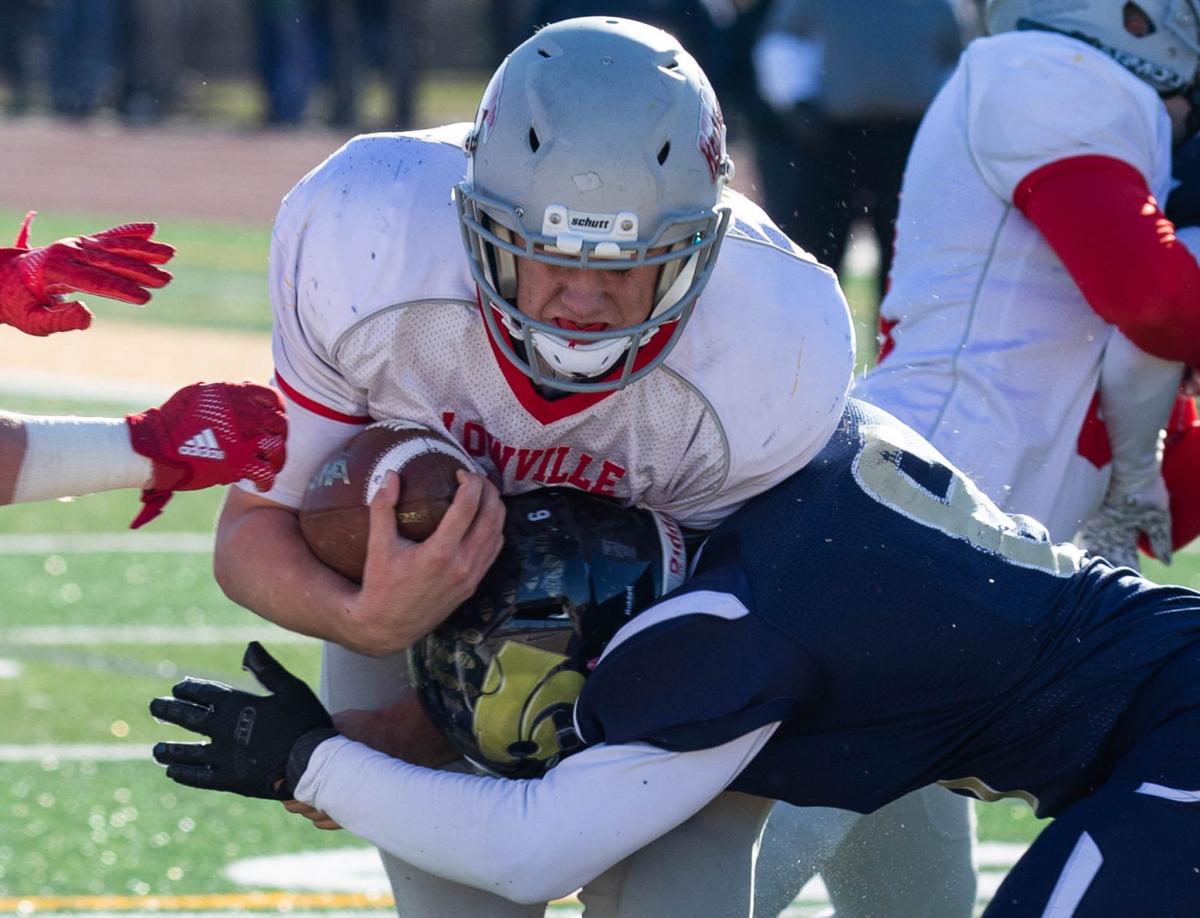 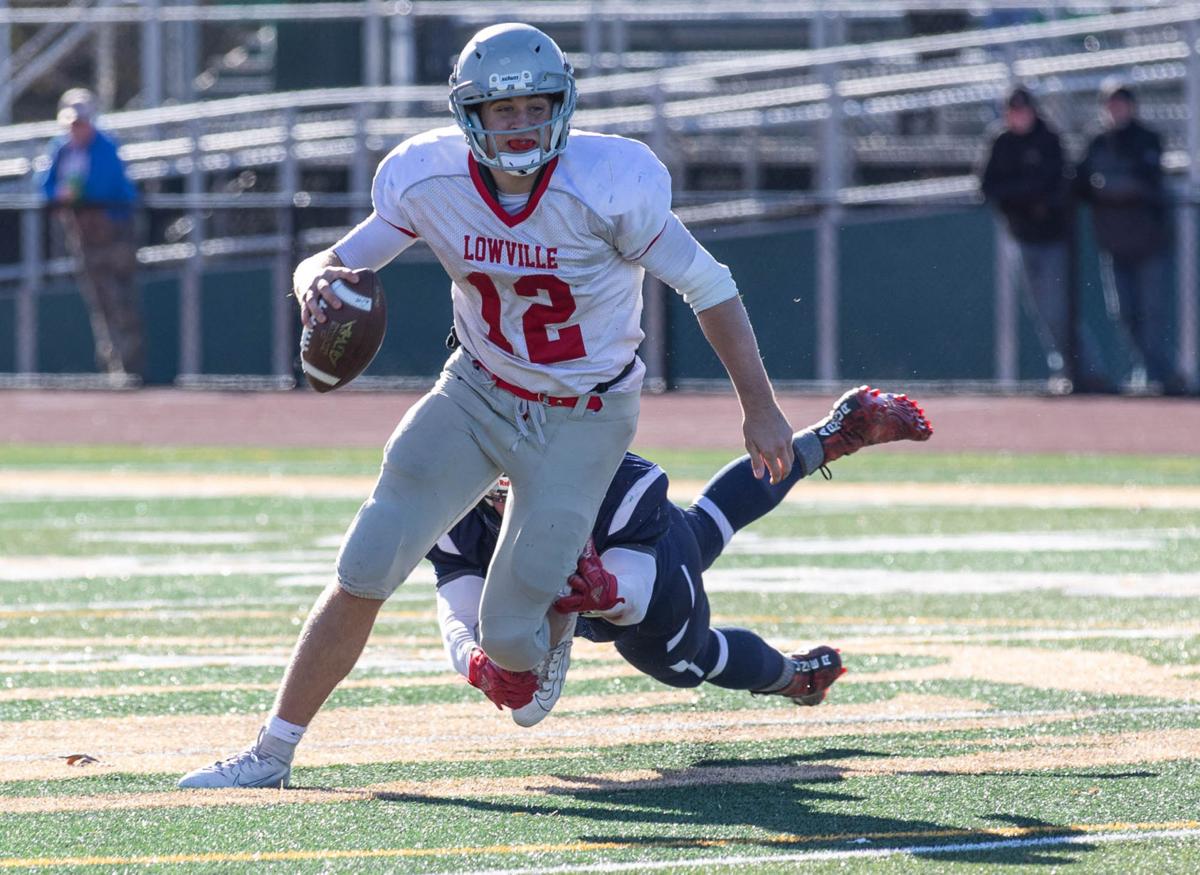 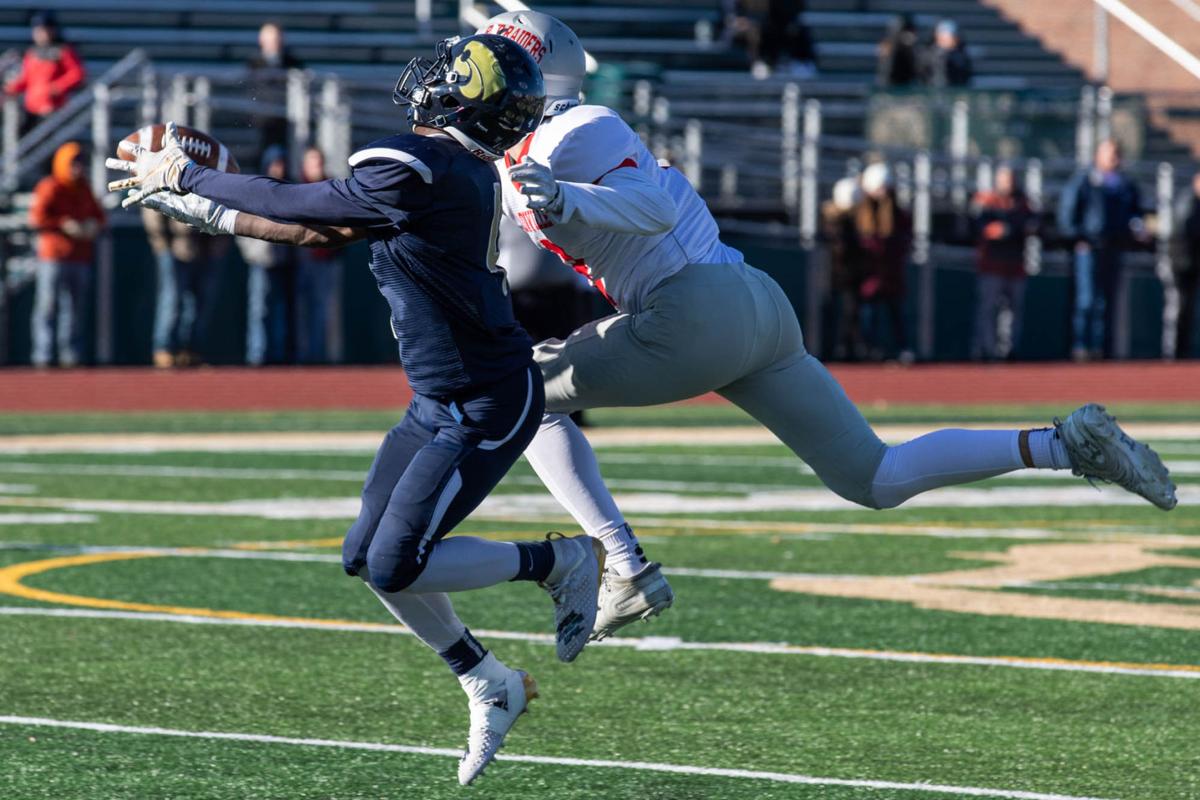 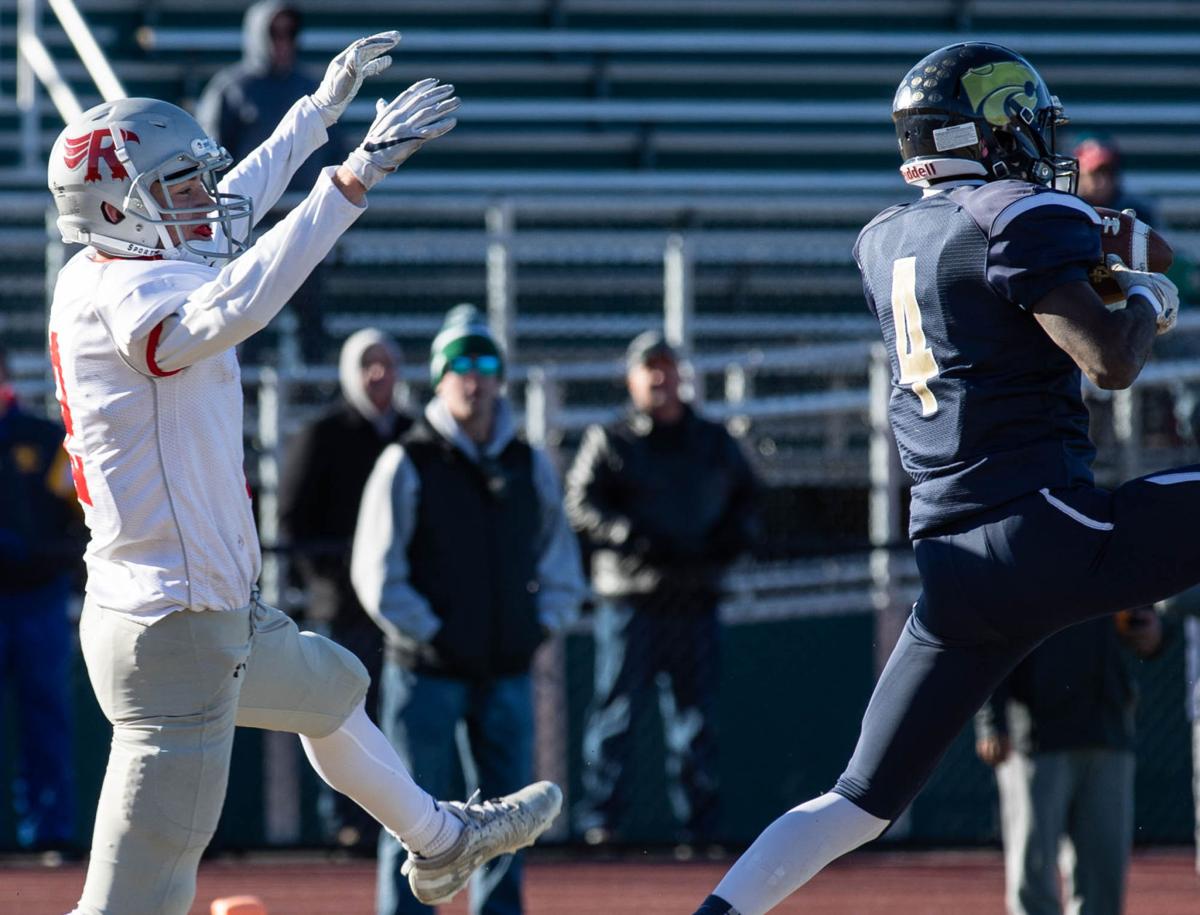 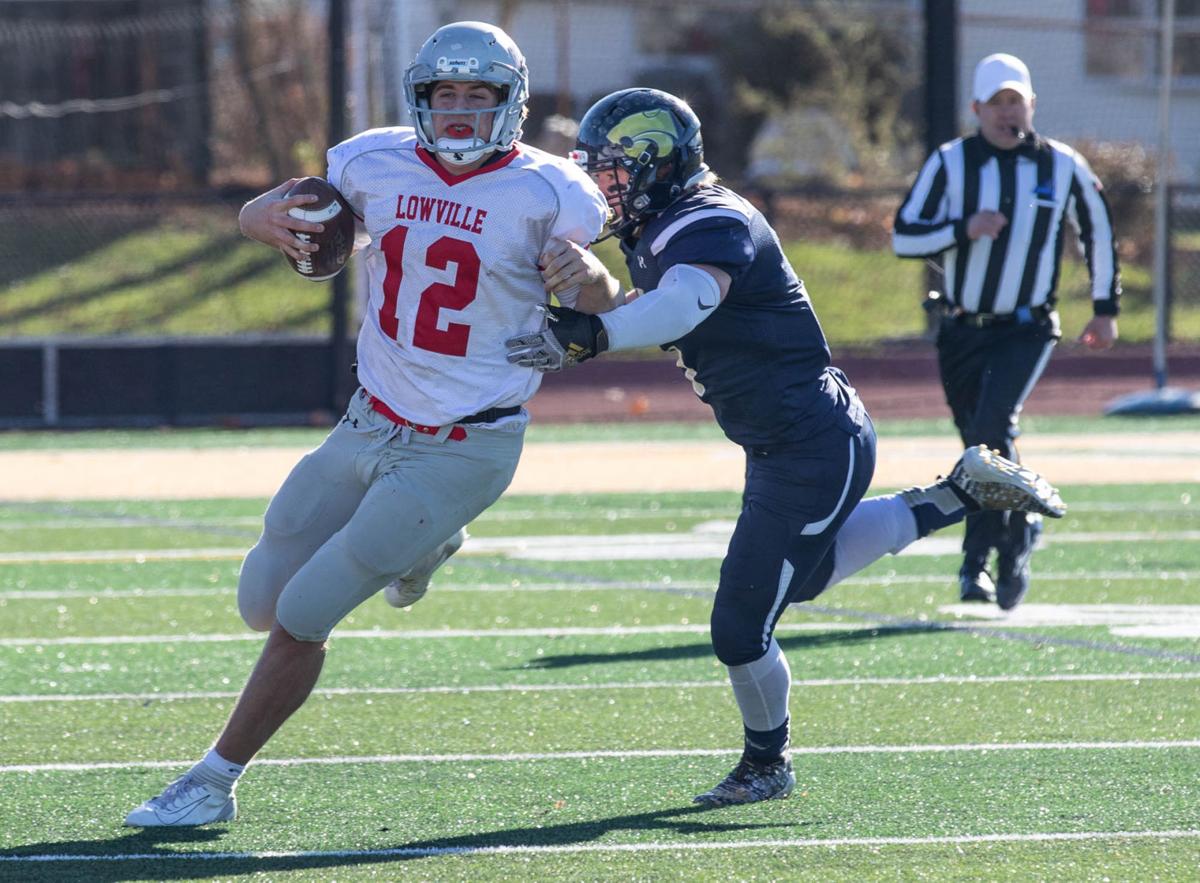 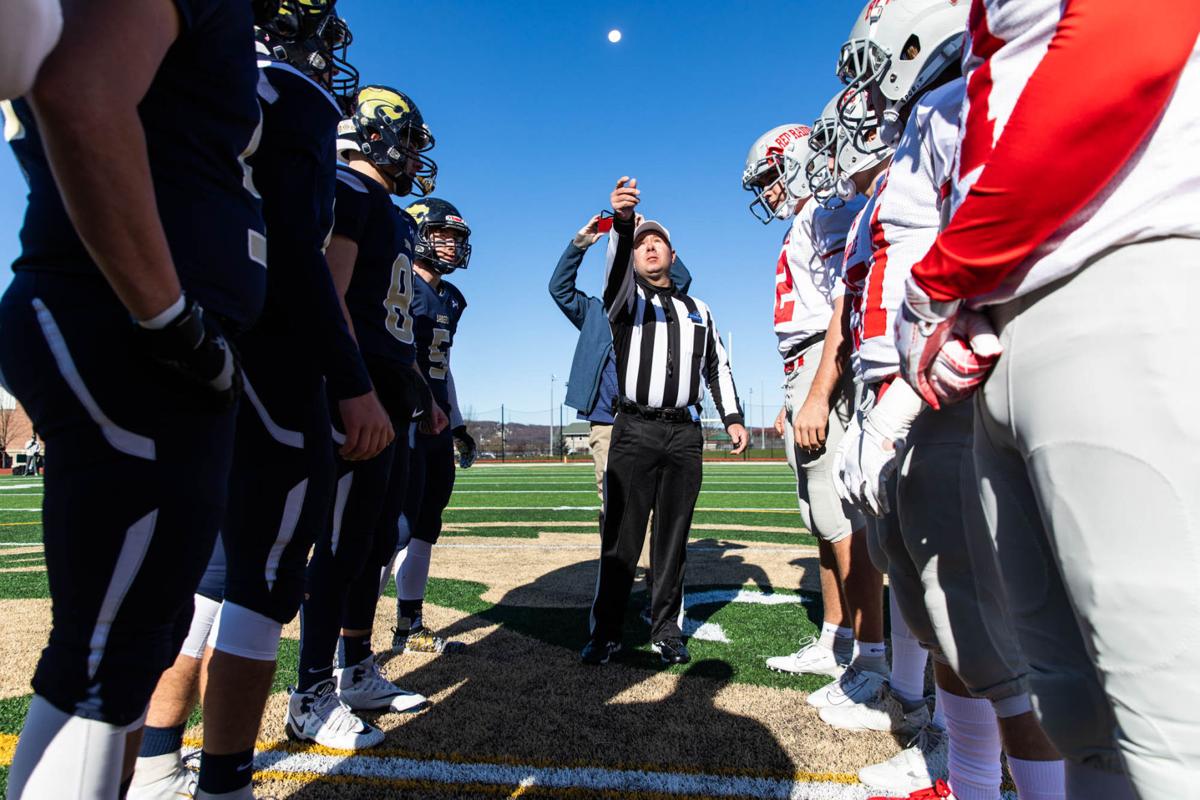 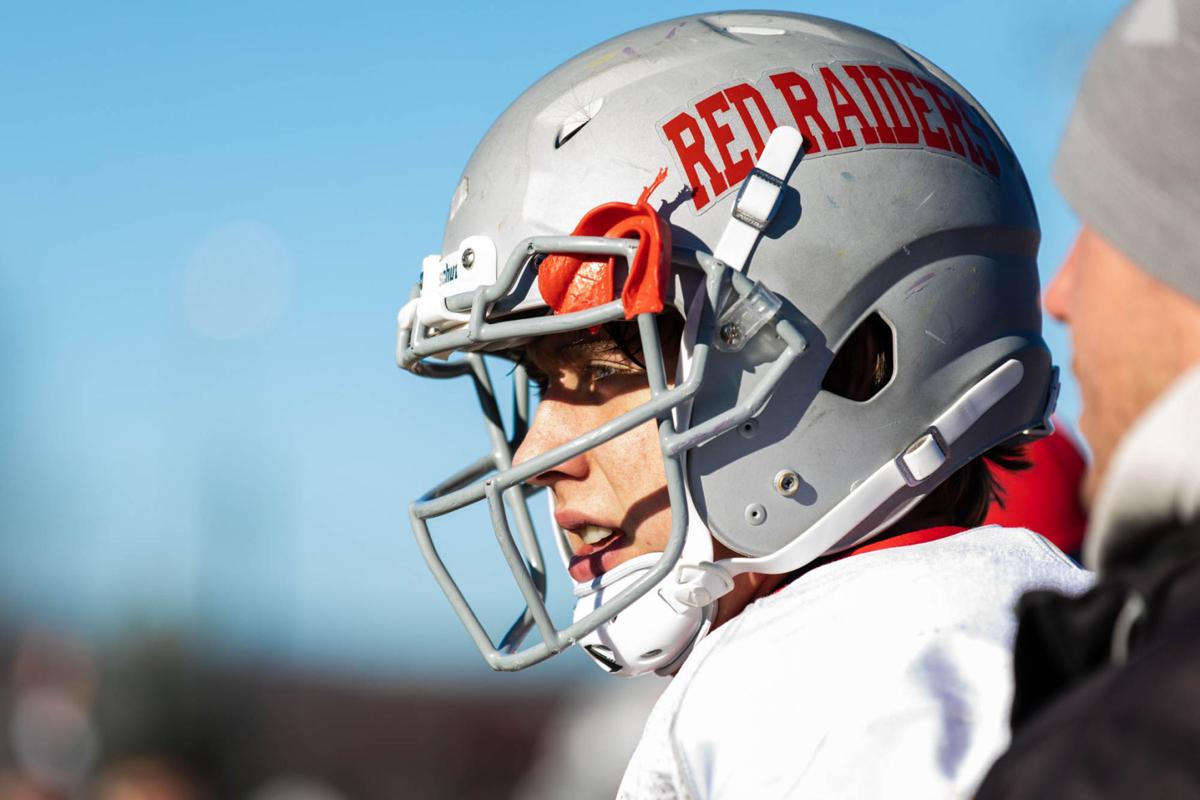 Lowville’s Aidan Macaulay, center, sinks toward the ground after his team’s loss to Susquehanna Valley, 44-36, on Saturday in the state Class C quarterfinals in Vestal. Sydney Schaefer/Watertown Daily Times

Lowville’s Jared Beyer puts his head in his hand after the Red Raiders fell to Susquehanna Valley, 44-36, on Saturday in the state Class C quarterfinals at Vestal High School in Vestal. Sydney Schaefer/Watertown Daily Times

VESTAL — Take your pick at which play was Lowville’s best of the game: Gavin Macaulay’s one-handed touchdown catch, any of Chad Bach’s 30-yard touchdown passes, Colton Friedersdorf’s touchdown catch in triple coverage and so many more.

Each moment could be considered season-defining. Unfortunately for the Red Raiders, Susquehanna Valley (11-0) made great plays too, and as a result is moving on to the semifinals after a 44-36 victory in the state Class C regional game Saturday at Vestal High School.

The win also improved the Sabers’ win streak to 24 games.

Each of the previously mentioned plays came in crucial moments that helped Lowville (10-1) either cut down the Sabers’ lead and, in some instances, tie the game.

“It’s definitely a momentum swing,” Gavin Macaulay said. “We had a bunch of plays where I thought for sure the momentum had swung and they’d punch us in the mouth right back (and) drive up the field. Hats off to them for coming back like that.”

Macaulay put in one of his best games of the season. He finished with nine catches for 153 receiving yards and three touchdowns.

While the likes of Chad Bach and Gavin Macaulay put in tremendous efforts, the Sabers’ Logan Haskell produced the game’s best performance. He finished with 275 rushing yards and five rushing touchdowns while also passing for 102 yards and a touchdown.

Lowville’s best plays came while it trailed. When the Red Raiders were in a position to take the lead — situations that arose almost exclusively in the second half — the offense struggled.

By the time the fourth quarter came, Susquehanna Valley’s defense had tightened up significantly.

“Early on, we were able to run effectively and then that started to disappear gradually as the game went on, and then it became pitch-and-catch for us,” Lowville head coach Josh Coffman said. “Eventually when you’re doing that, they’re able to drop guys into coverage and they just got stops when they needed it.”

Field position played a significant role in Lowville’s neutralized offense. Twice they started with the ball inside the 10-yard line in the second half.

What ultimately became Lowville’s last drive began at its own 4-yard line. A few big plays helped march the Red Raiders all the way to the Sabers’ red zone. But the drive, and game, came to an end when Bach’s pass, intended for Aidan Macaulay, was intercepted by Jahreed Isles in the end zone and returned for 60 yards.

Bach, who finished with 306 passing yards and five passing touchdowns, was heartbroken.

Bach put in a typically excellent rushing performance, picking up 144 yards on the ground. That success started on the offensive line, particularly on the right side with center Devin Babcock, right guard Gavin Moyer and right tackle Colt Lyndaker.

“Just a great group of guys that I’ve always played with for the last three years that I’ve been on varsity and all the way up actually, and just great coaches,” Babcock said. “[Susquehanna Valley] was strong up front and I think we matched them, but they got the best of us on some plays and some of their blitz schemes really confused us sometimes.”