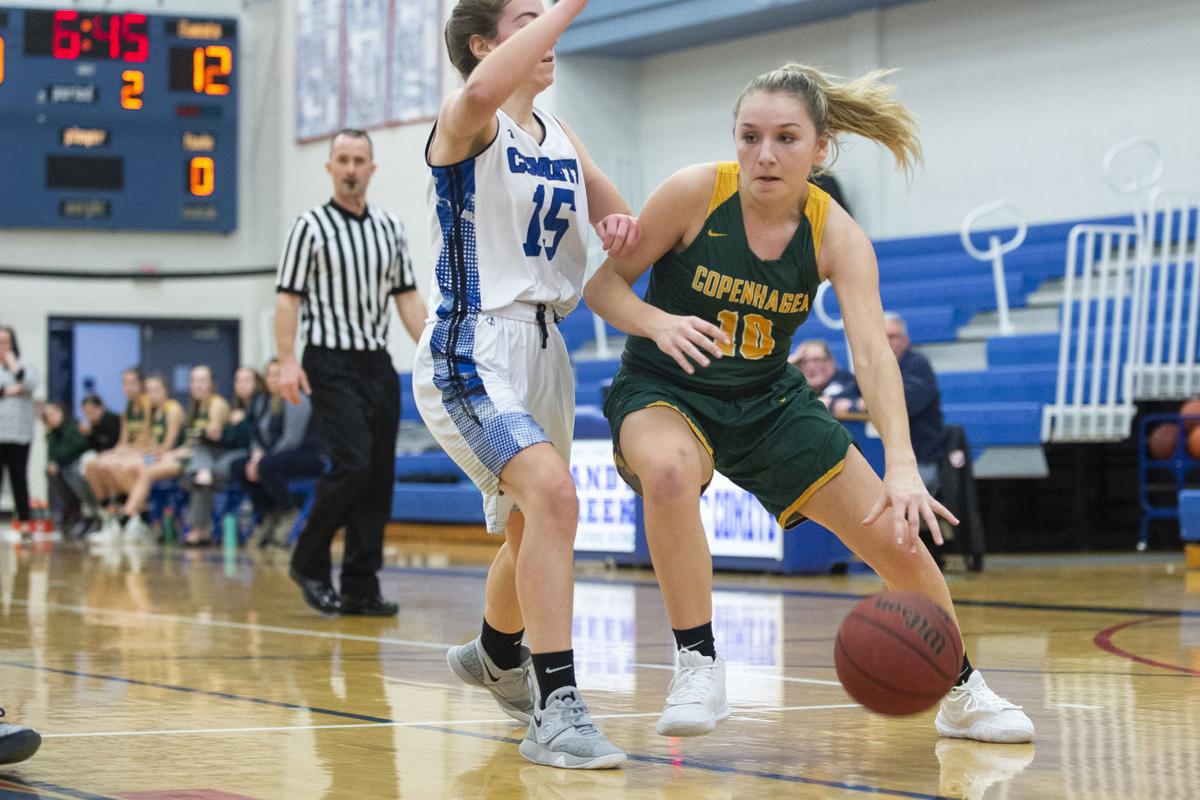 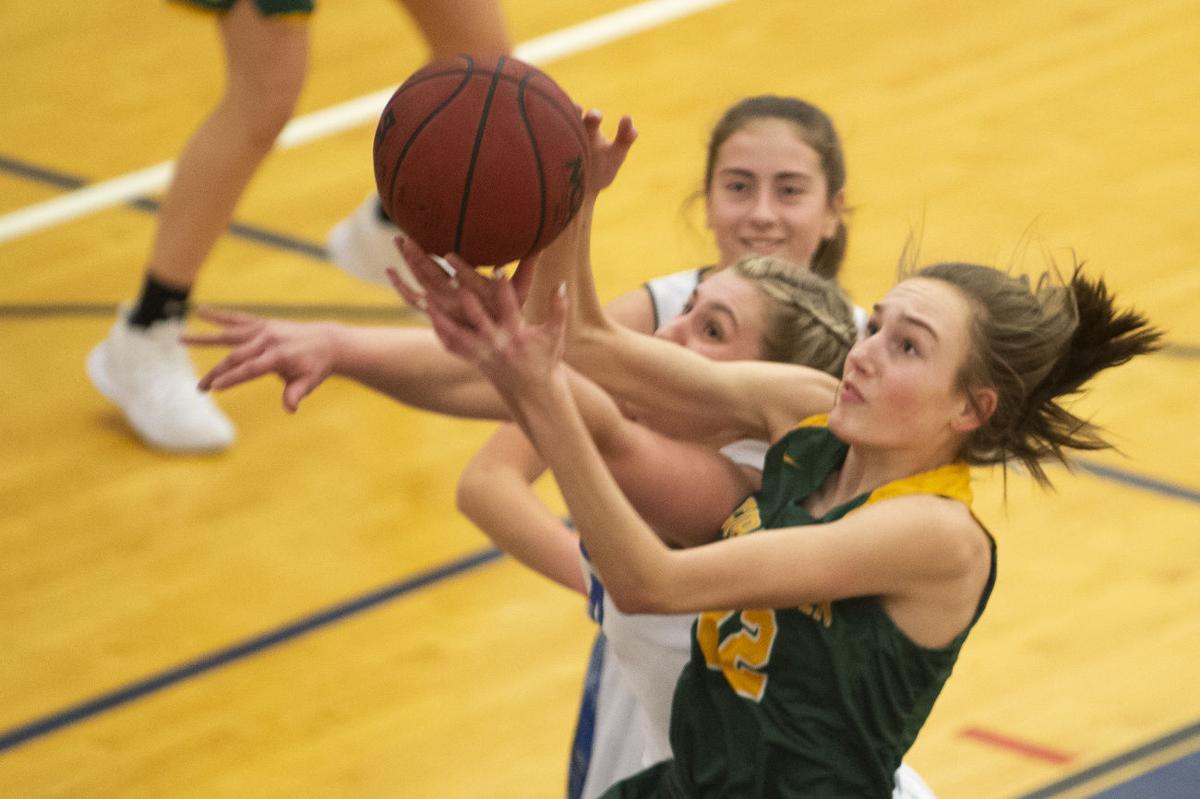 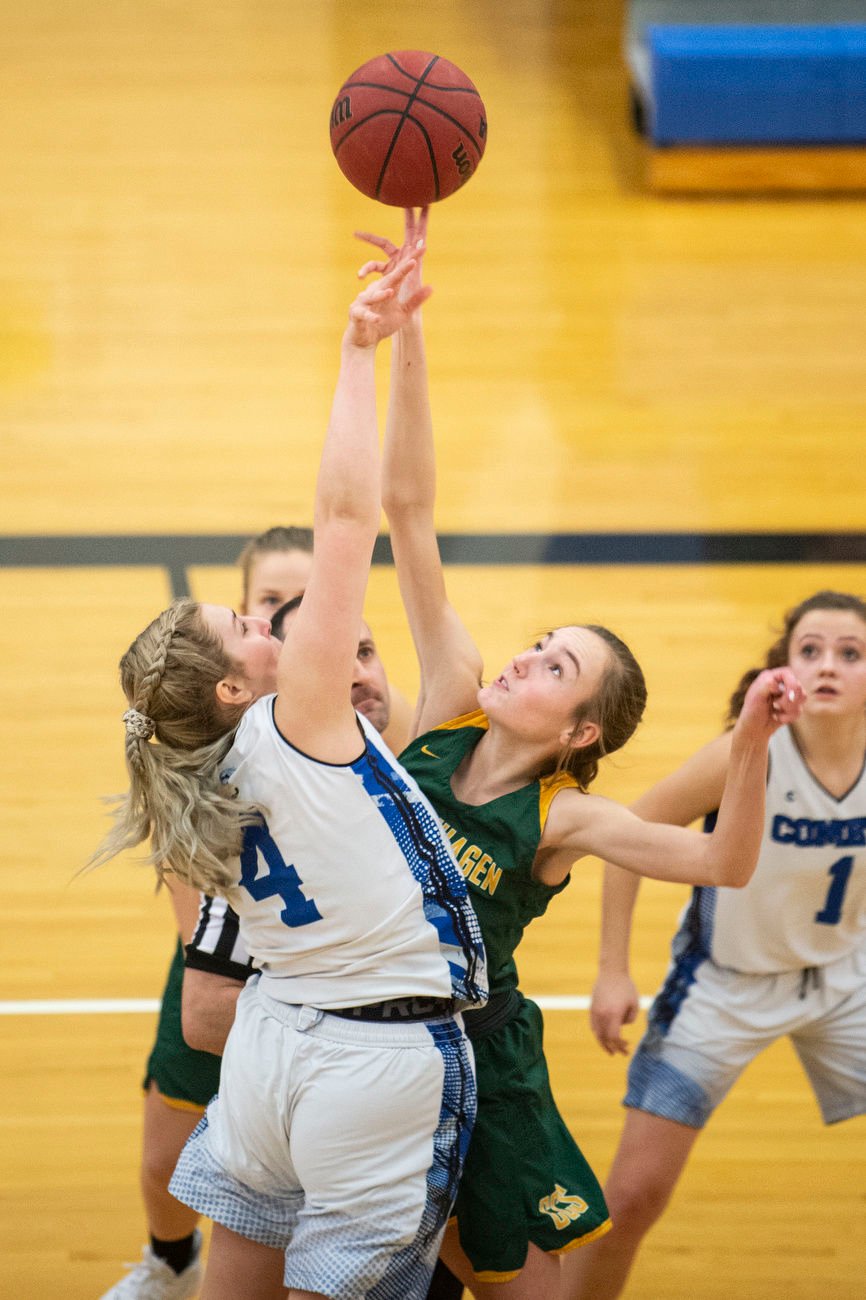 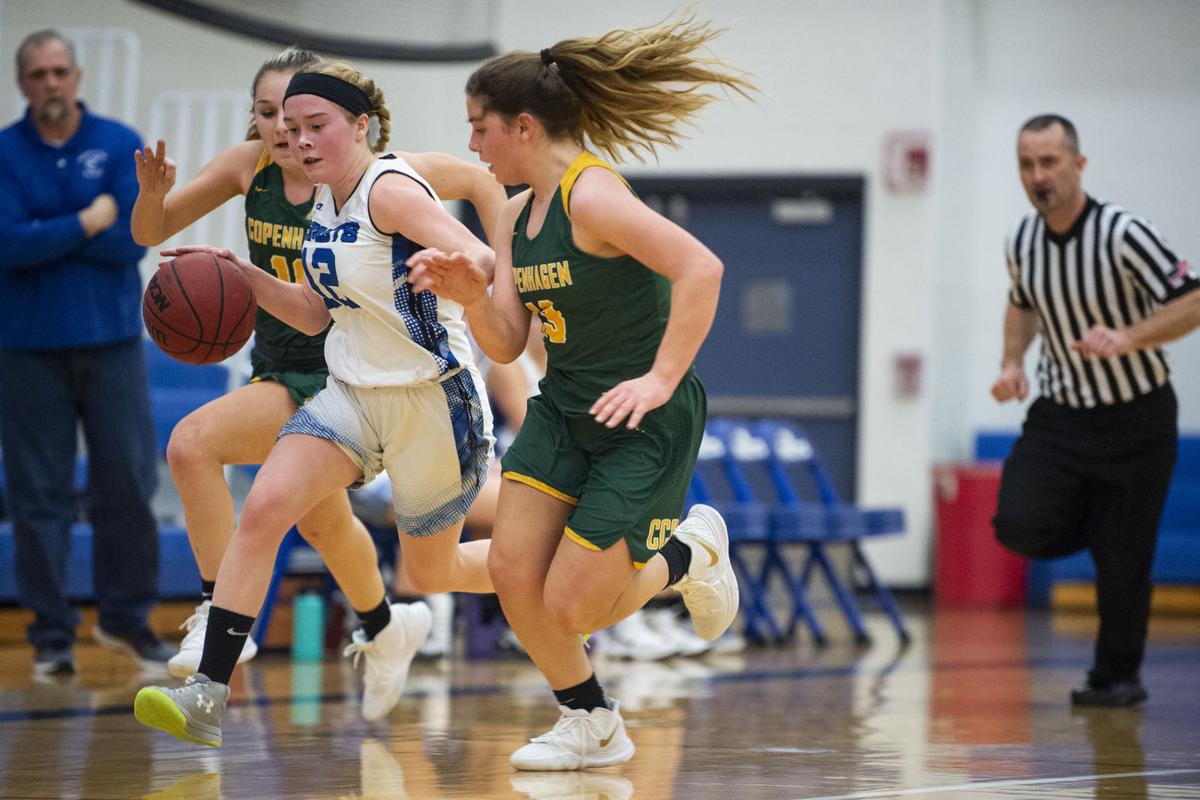 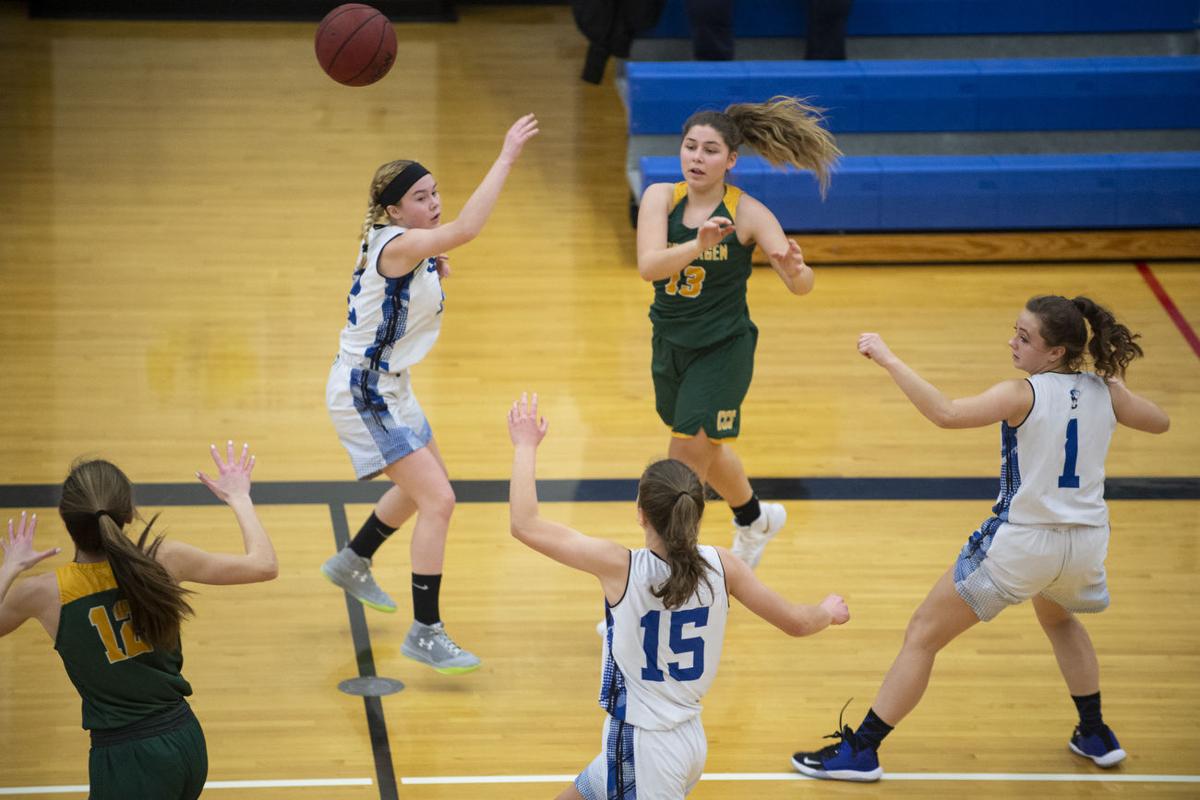 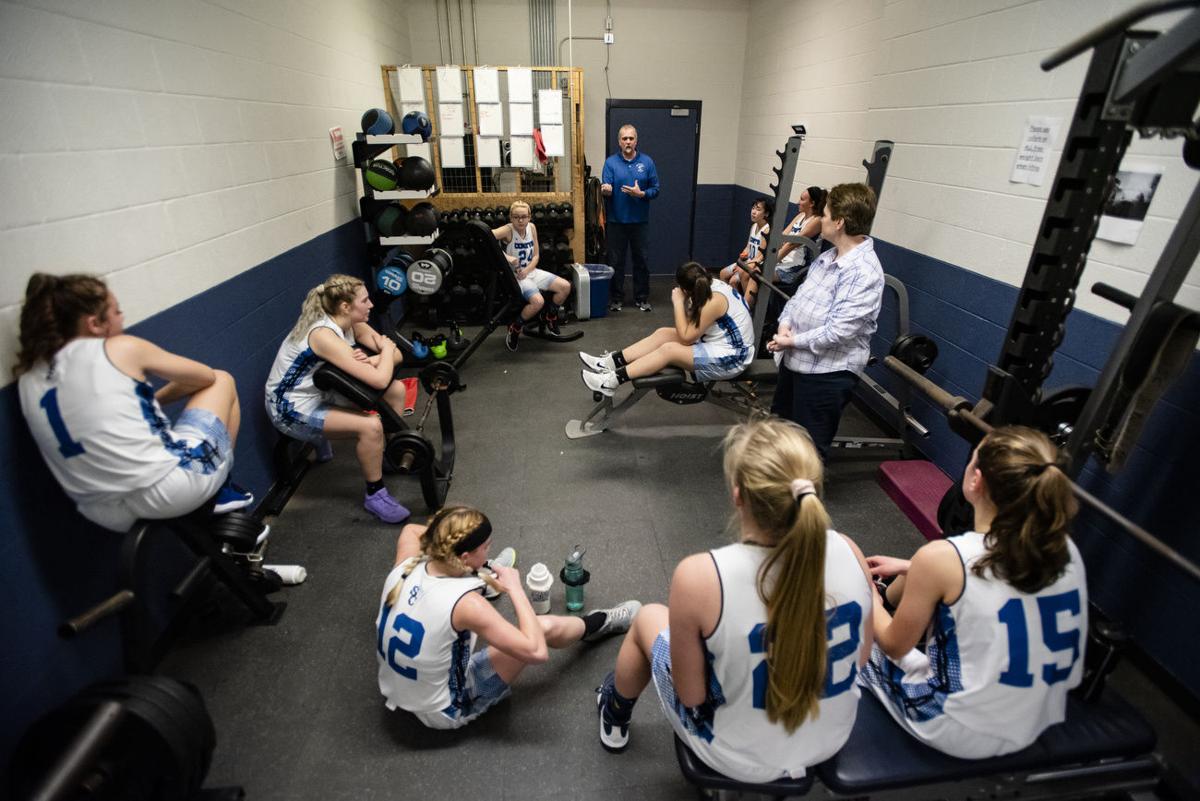 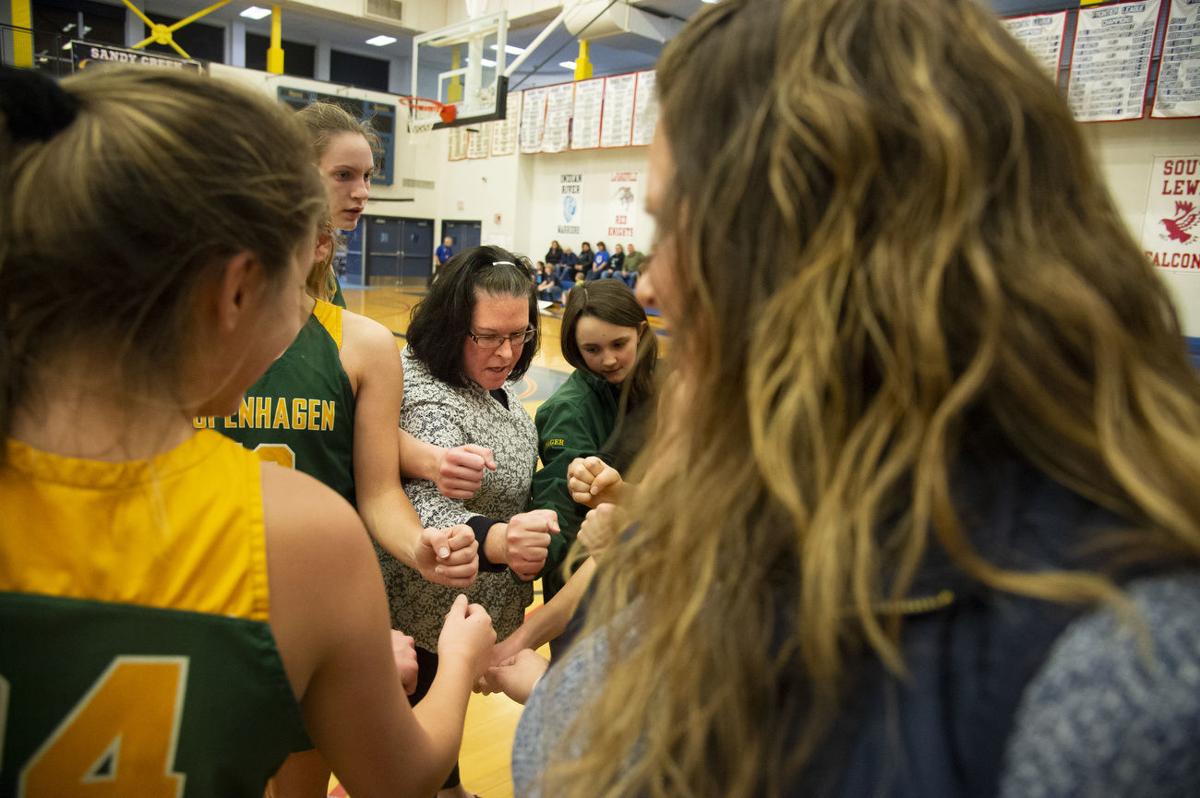 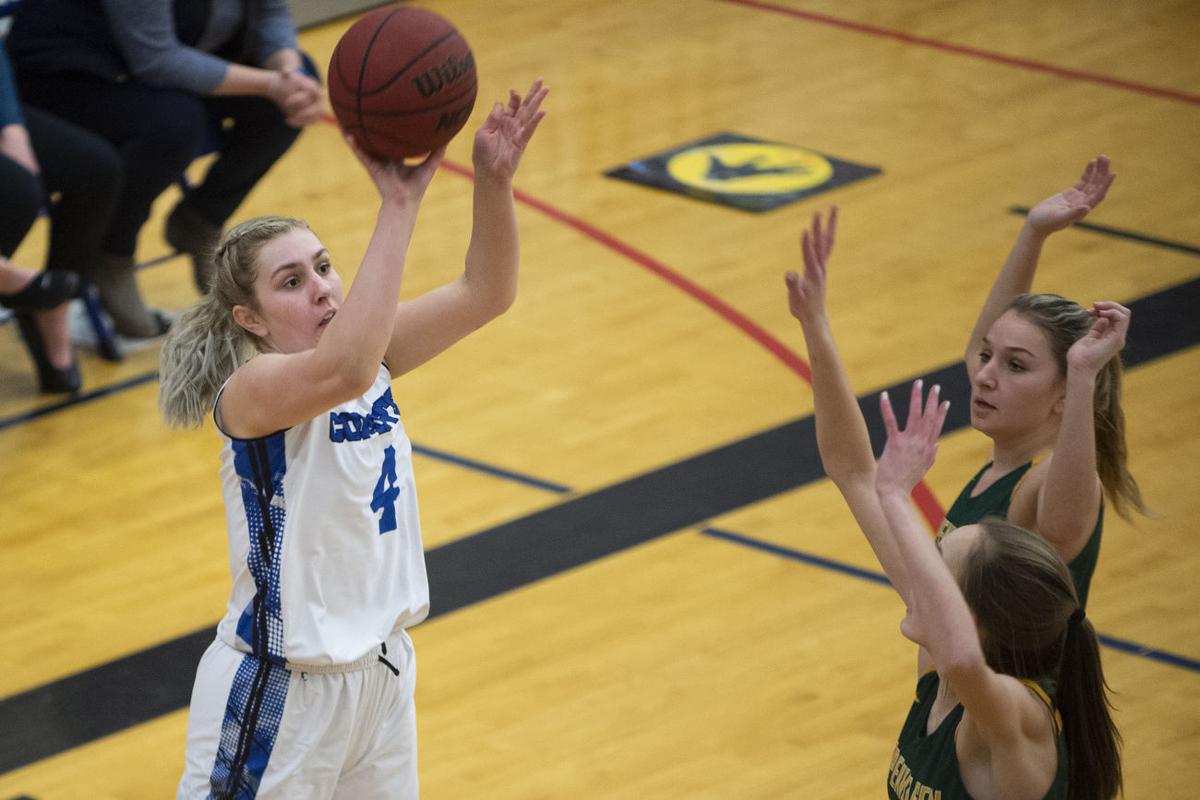 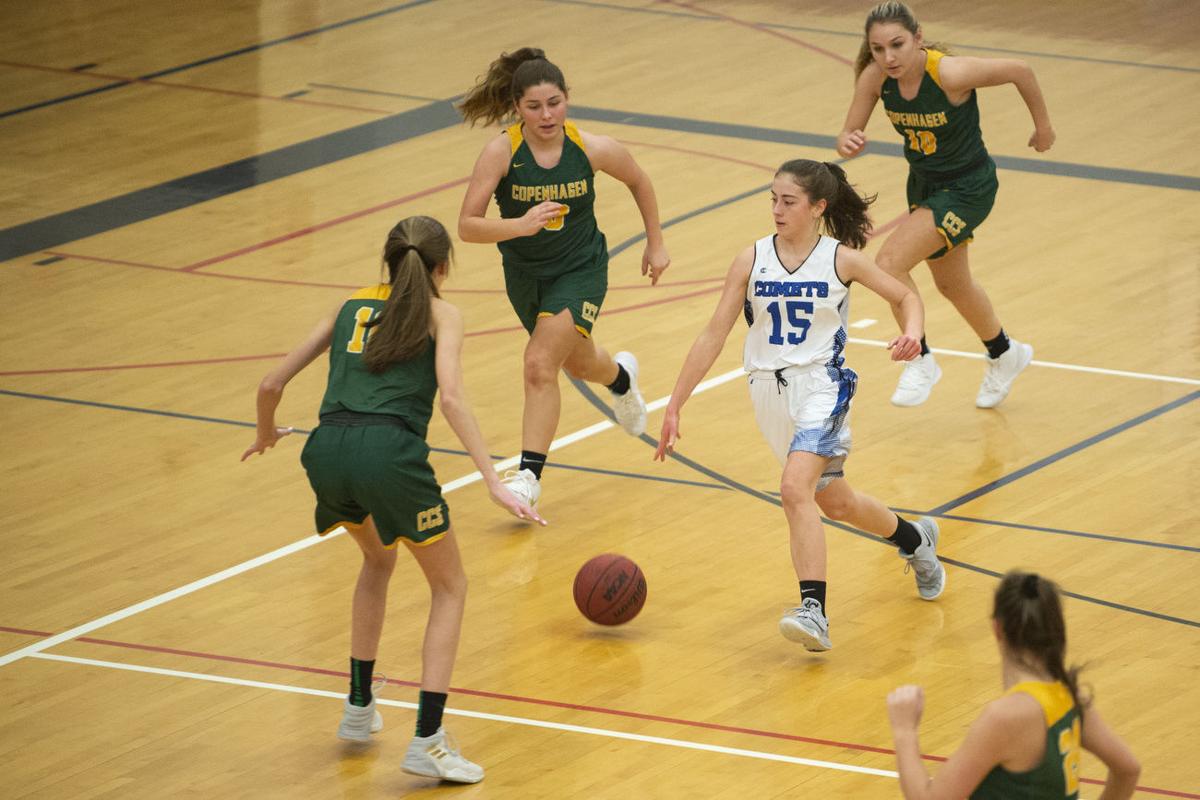 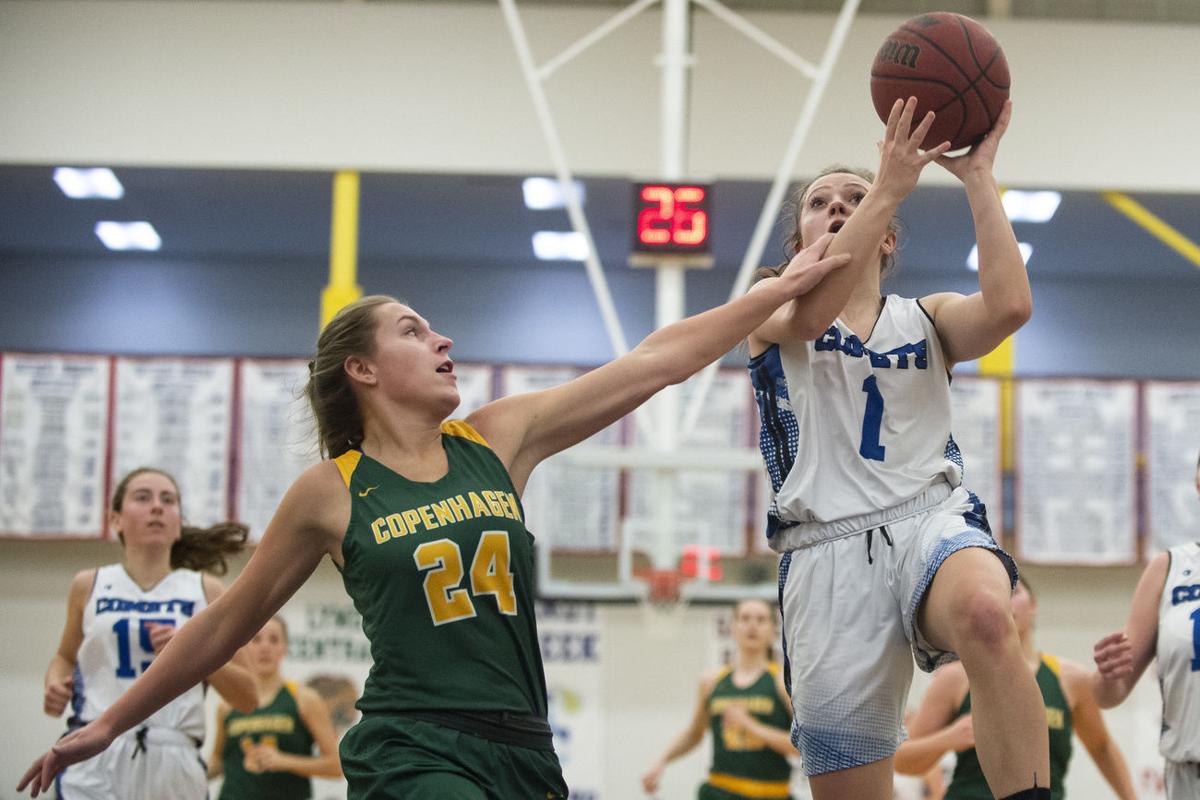 SANDY CREEK — Coming off a week’s worth of games that consisted of Adirondack, Edwards-Knox and Lyme, the Copenhagen girls basketball team was a little out of it for its away game against Sandy Creek on Friday night.

“Sometimes it’s hard to consistently play up, especially since they had a rough week last week,” Copenhagen coach Natalie Scott said. “They had Adirondack, Edwards-Knox and Lyme, all three in a row so they put a lot of energy into those games and this was the little let down. And I say that in a 30-point win.”

Aubree Smykla led the offense with 14 points and Charli Carroll and Brooke Smykla each finished with 12. The Golden Knights’ 3-point shot helped Copenhagen distance themselves from Sandy Creek. They hit nine total, and it helped get them back into the game when they went down 8-0 right from the tip-off.

Copenhagen (12-2, 11-0) played progressively better as the game went on and once the back end of the second half rolled around, it appeared to have solved most of its first-half issues.

But during those first two quarters, Scott’s frustration was visible.

“Our defense was not good in the first half and I think that led to bad offense,” Scott said. “I think we were trying to dribble and make too many off balances passes.”

To start the second half, Scott had her team go away from the press and switch to a man-to-man defense.

“I wanted them to each be responsible for their own defense, and in the first half, I don’t think they were all doing that,” Scott said. “Some were, some weren’t so I wanted to pinpoint and I said ‘we’re going to start playing man, and we’re going to see who is not playing defense.”

Despite what the final score might suggest, Sandy Creek (11-5, 10-4) is a talented team with legitimate playoff potential. Leading up to Friday, the Comets had won seven straight, and against the Comets, they played aggressive and in no way scared.

Riley Dowlearn finished with a team-high nine points and CJ Barney had eight. They played strong press and that at times successfully forced turnovers and often rattled the Copenhagen lineup.

“Their long passes down the court, we weren’t getting back fast enough,” Carroll said. “So if they saw the opening they were instantly going to take it.”

Scott would occasionally shout “control” to her team from the bench.

“We were a little bit more pressured where it felt like we couldn’t really slow things down when we could,” Aubree Smykla said.

The Golden Knights needed to adjust the offensive game plan early — they eventually did but it didn’t come until the third quarter.

“They’re typically good dribble drivers and dish, but tonight it just wasn’t working and they didn’t know how to switch gears and instead make it passing game with short passes,” Scott said. Copenhagen isn’t in many situations throughout the season where it needs to adjust the game plan. The Golden Knights won 12 games and have outscored opponents in those wins by an average of 40 points.

But Scott isn’t all too concerned with her team being able to adapt come sectionals.

“I don’t think it makes me nervous, I think there are times, especially after you have a week of three pretty intense mental games that you have a little bit of a lull,” Scott said. “I think, I think that a little bit played a part in how they played tonight.”

“I actually anticipate the sectionals, it can’t get here soon enough,” Scott added. “So, we can play some different teams, and see some different looks.”