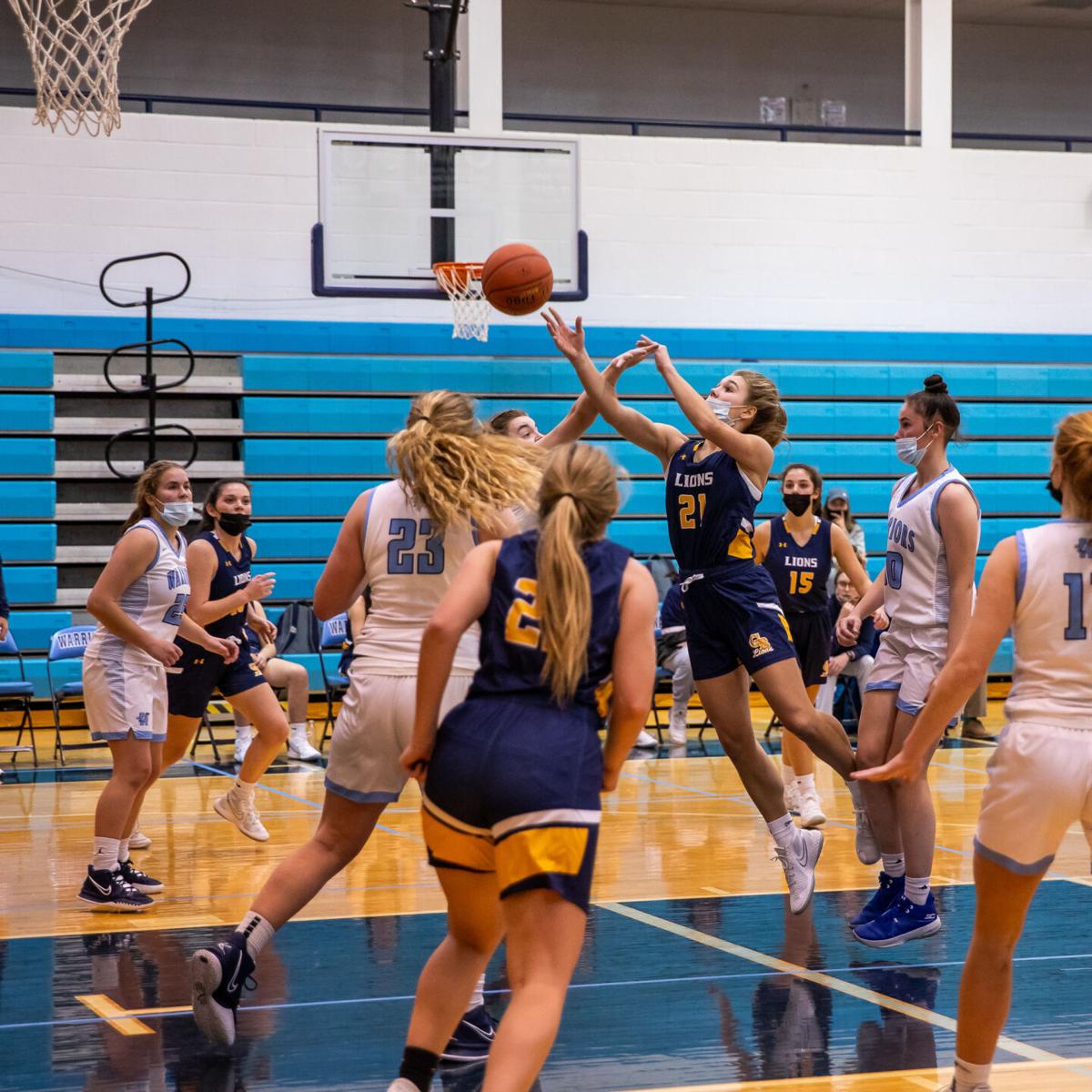 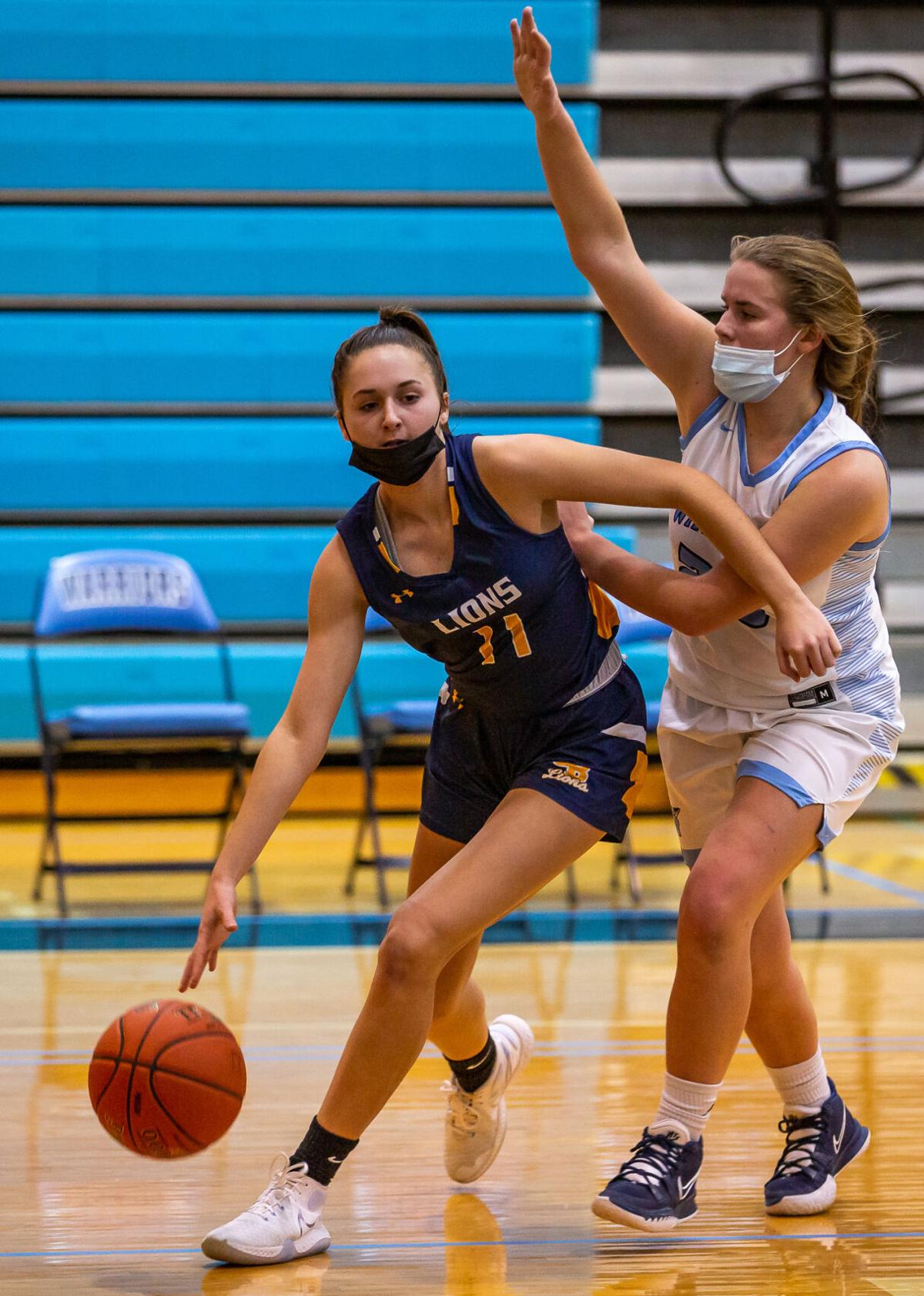 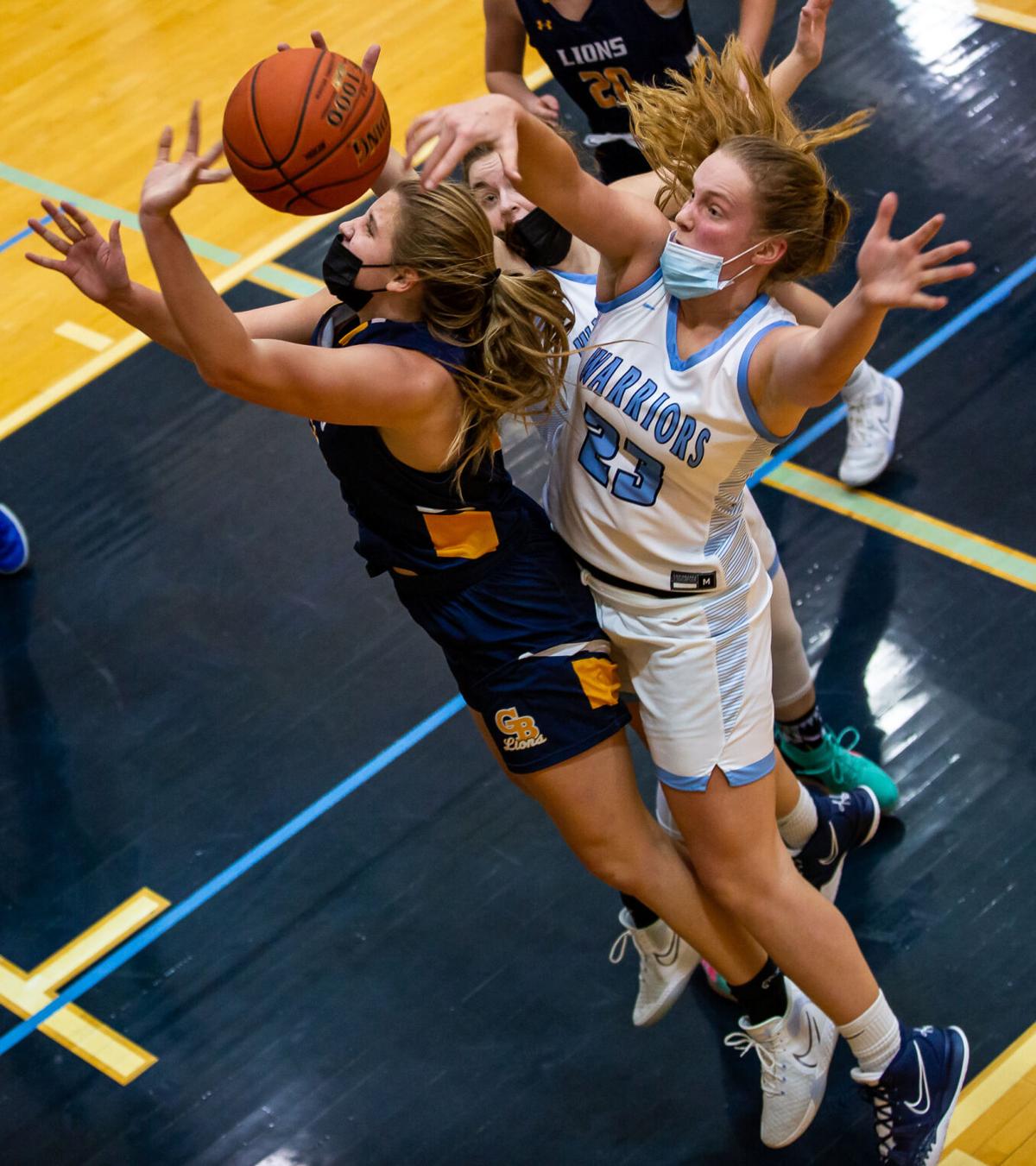 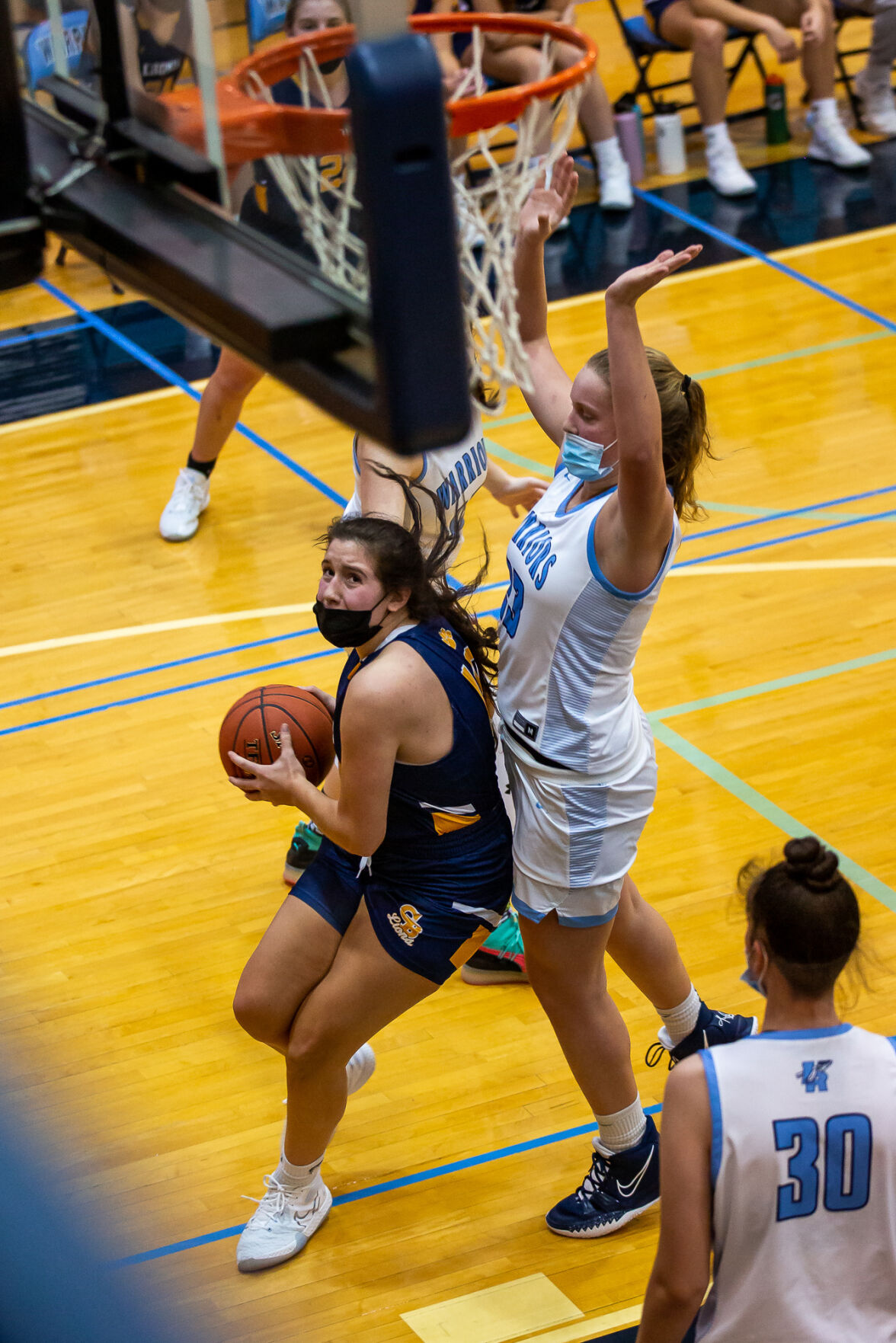 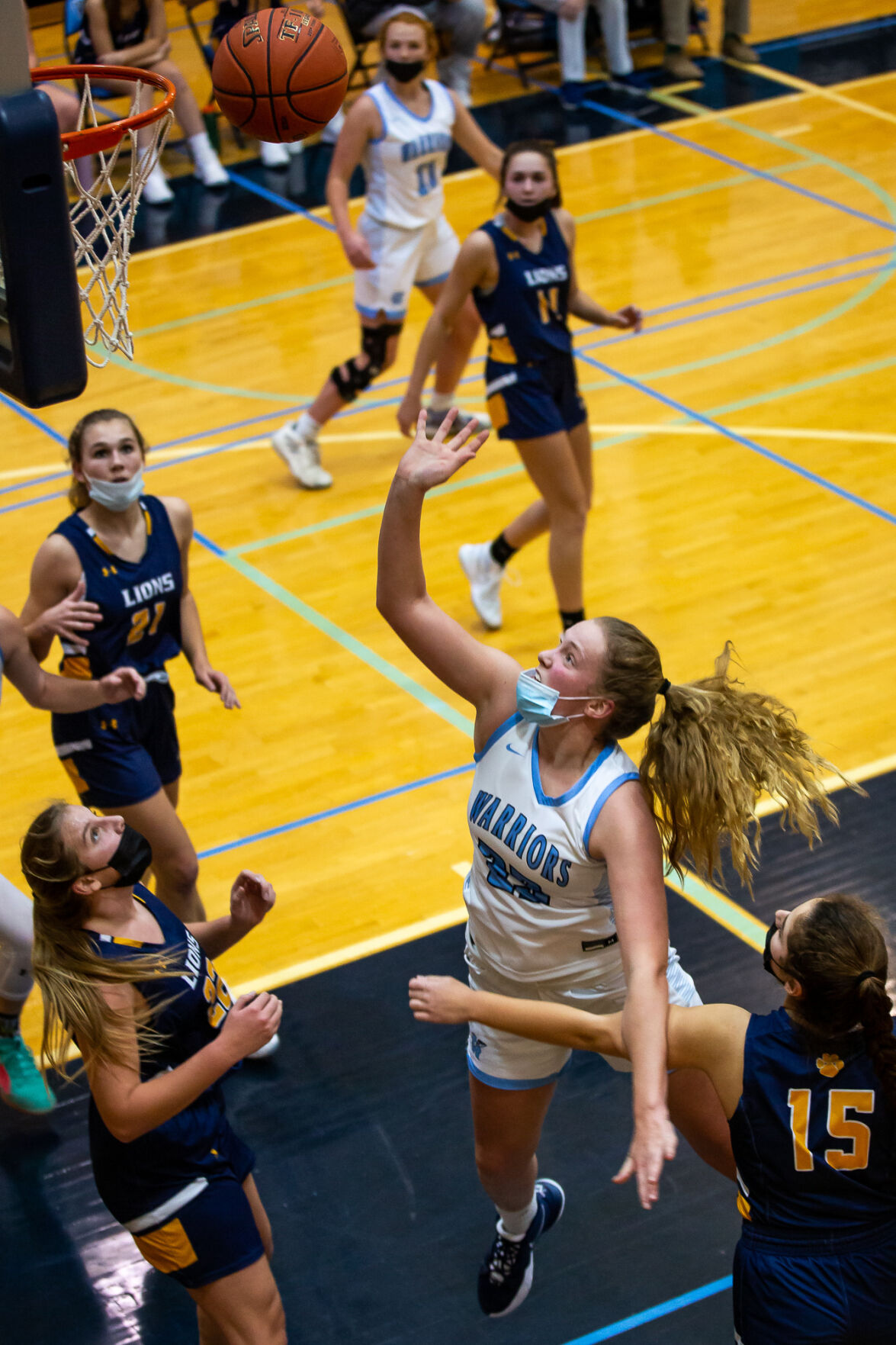 PHILADELPHIA — A team losing its best player for three games isn’t ideal, but the Indian River girls basketball team may be more battle-tested because of it.

Daelyn Alcock hit two free throws with 16.5 seconds left in regulation as Indian River rallied to hold off General Brown, 55-53, in a battle of unbeaten Frontier League division leaders. Bella Davis and Adrien LaMora each scored 18 points as the “A” Division-leading Warriors (7-0, 6-0) surged from being down seven in the fourth quarter to edge the “B” Division leaders.

“Us and them (General Brown) are even,” longtime Indian River head coach Jim Whitley said. “They’re just such a good basketball team and they’re very well-coached.”

Kori Nichols led all scorers with 24 points and Ainsley Fuller contributed 12 points for the Lions (7-1, 6-1), who was down eight points in the third quarter before going on a 21-10 run that lasted into the fourth quarter.

Indian River had to endure without five players, including LaMora, for three games due to COVID-19 protocols. The Warriors stayed unbeaten before the Canisius-bound point guard and others were cleared before Saturday’s key 51-43 nonleague win over Syracuse Christian Brothers Academy.

“I sent encouraging messages to them telling I was proud of them,” LaMora said. “They just came together as a team.”

Those three games meant the young lineup had to mature quickly without one of the better players in the section. Indian River received timely plays from Davis, Alcock, Ravan Marsell and others during those games.

“I told these kids that they were going to have to get better because they didn’t have Adrien right there,” Whitley said. “These kids stepped up and I’m really proud of them.”

The comeback almost mirrored Indian River’s 55-53 season-opening win over division rival South Jefferson on Dec. 2. The Warriors rallied from an 18-9 first-quarter deficit in that game.

“We just worked as a team and moved the ball pretty well,” Davis said.

General Brown used its speed on defense to limit LaMora’s touches on offense. The Lions would bring down two defenders to surround the senior whenever she collected the ball in the post. LaMora would often go to the rim to force fouls and get to the foul line to kickstart her game.

“I guess I try to get to the line as much as I can because I’m pretty good at free throws,” LaMora said.

The game was tied at 13 at the end of the first quarter, but Indian River forged an eight-point lead in the second. General Brown scored four points with less than 10 seconds left in the half to get within 27-23 at intermission.

The Lions turned up the pressure in the third quarter and forced turnovers to get the lead. A full-court press, as well as 2-3 zone, made life difficult for the Warriors and gave the Lions a 51-44 lead midway through the fourth quarter.

“We thrive off pressure, but we didn’t put it on the start of the game,” said General Brown head coach Janelle Ferris of the press. “I knew we could do well if we put it on in spurts.”

Indian River calmed down after a timeout and chipped away at the lead. Alcock took a charge with 25.4 seconds left to force a change in possession.

“I normally don’t like to take charges,” Alcock said.

Alcock was fouled after a scramble for the ball and hit both shots. The first one rattled around but found its way through the basket and then she sank the second free throw. General Brown had a couple of chances to tie the game or win outright, but missed those opportunities.