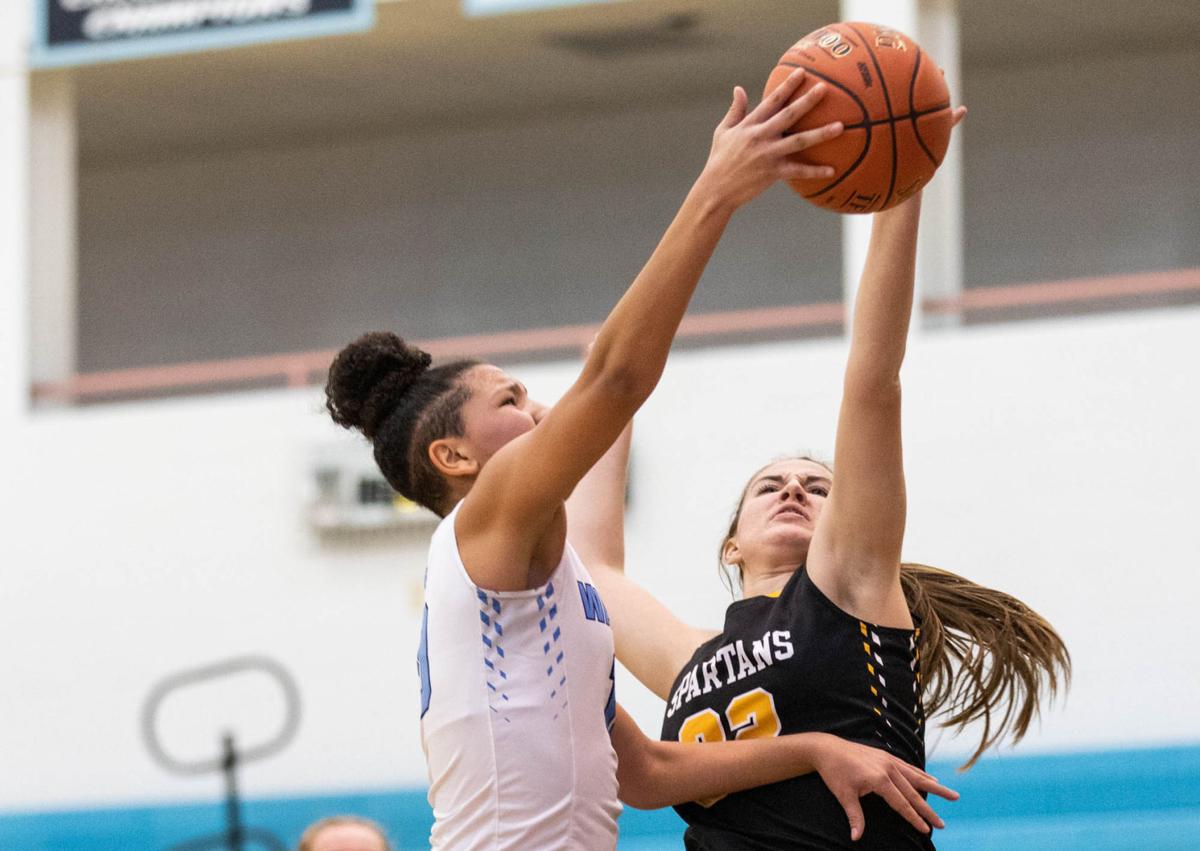 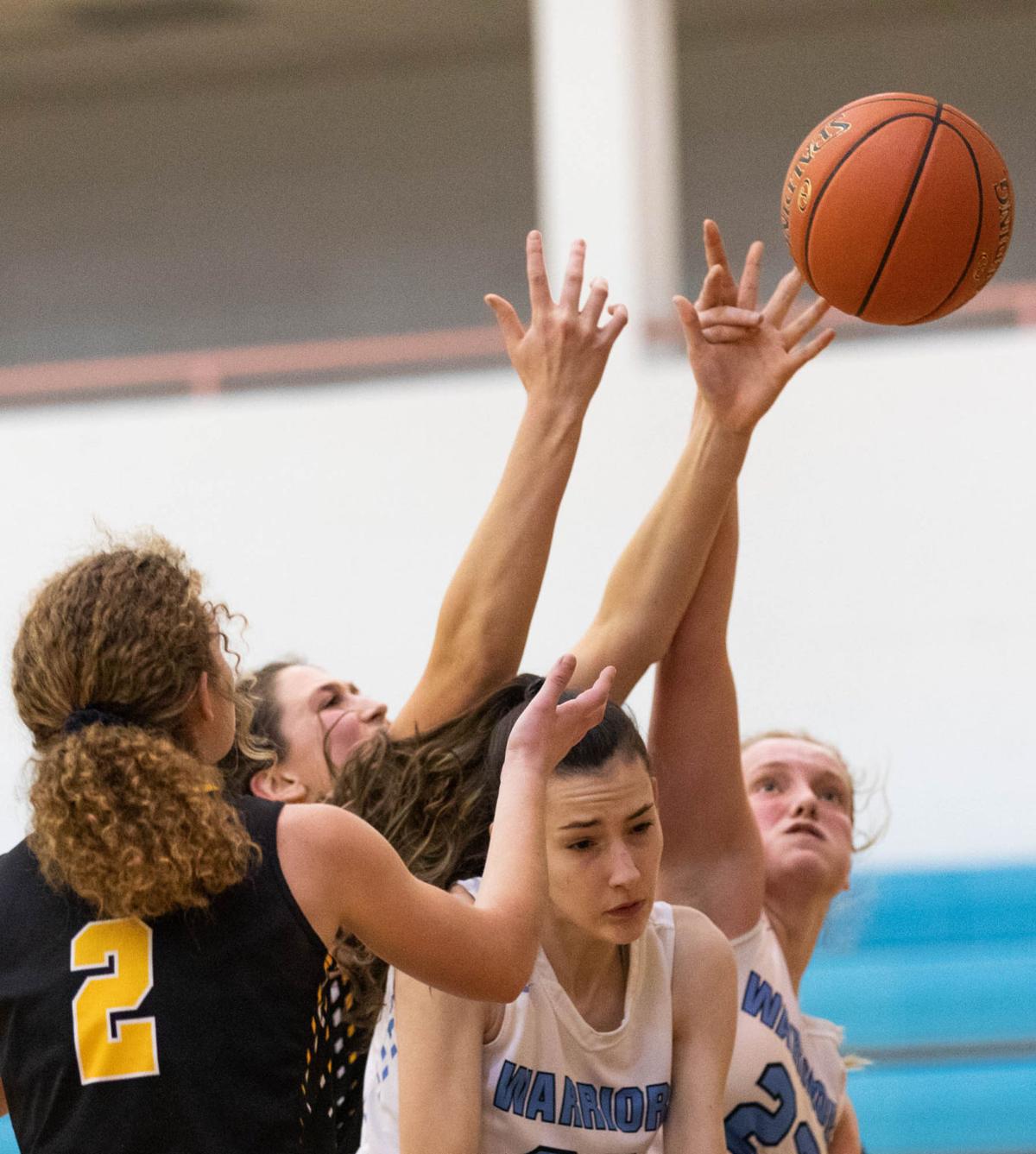 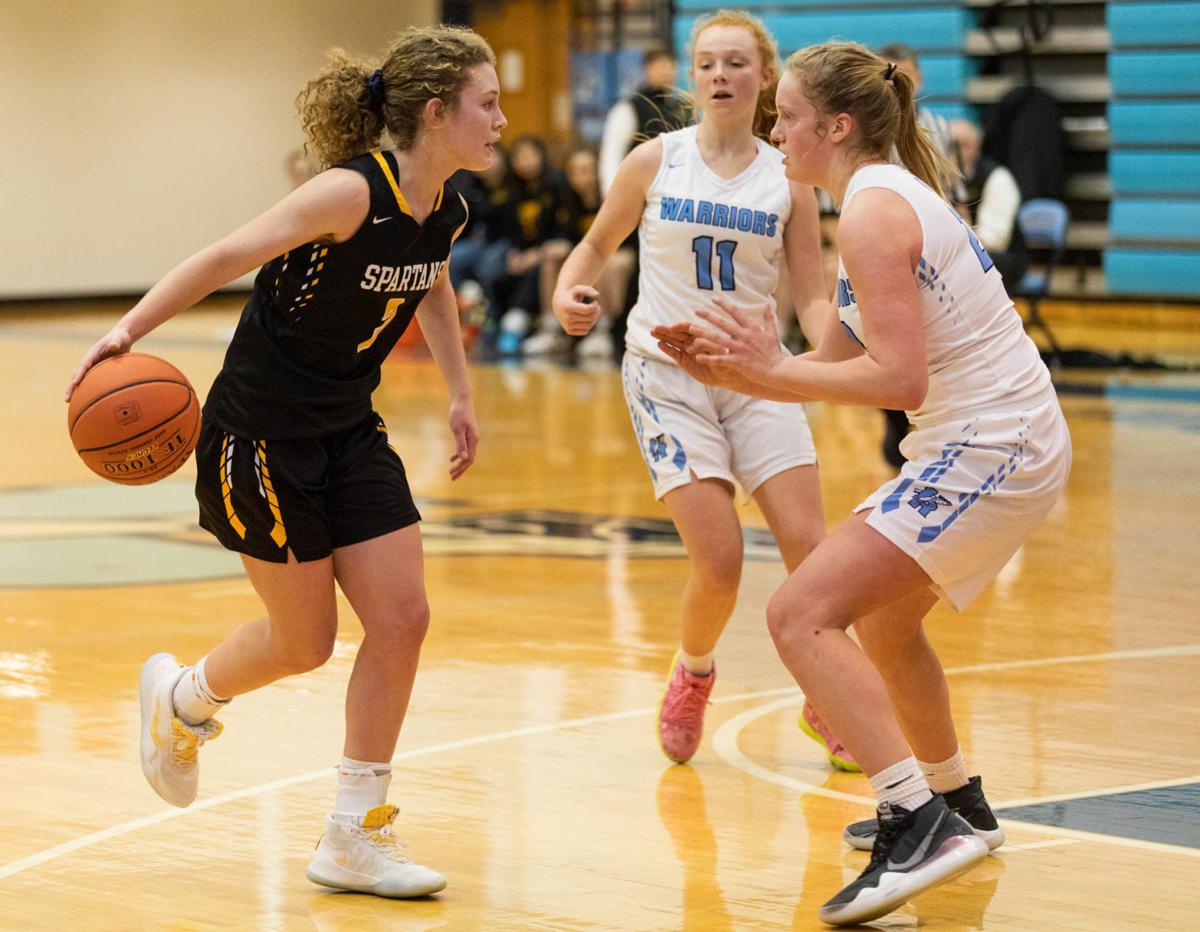 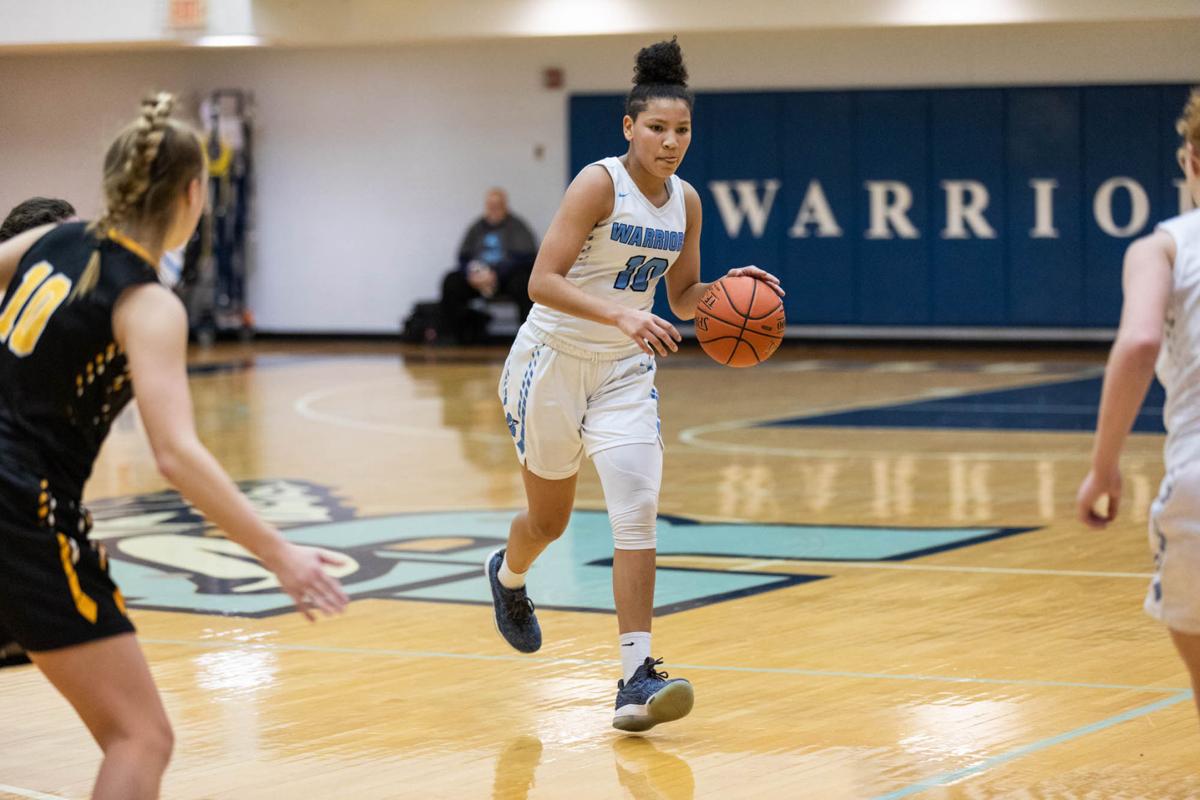 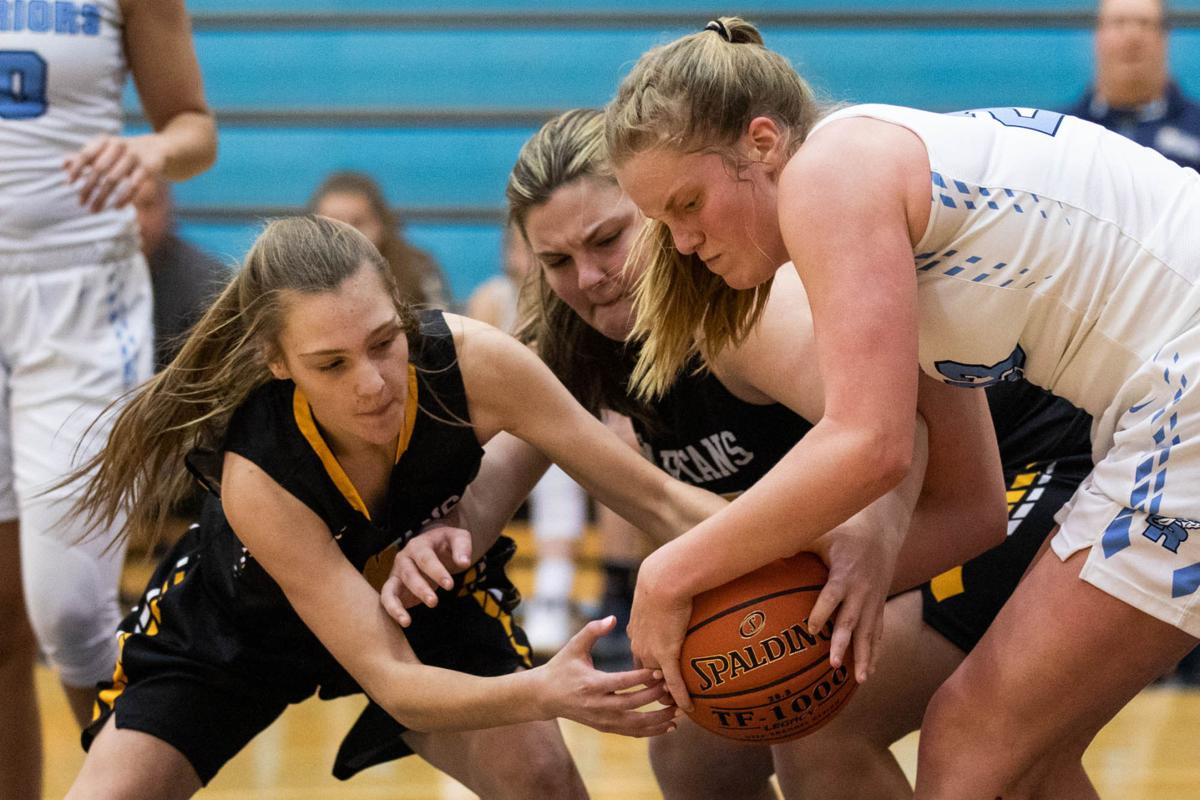 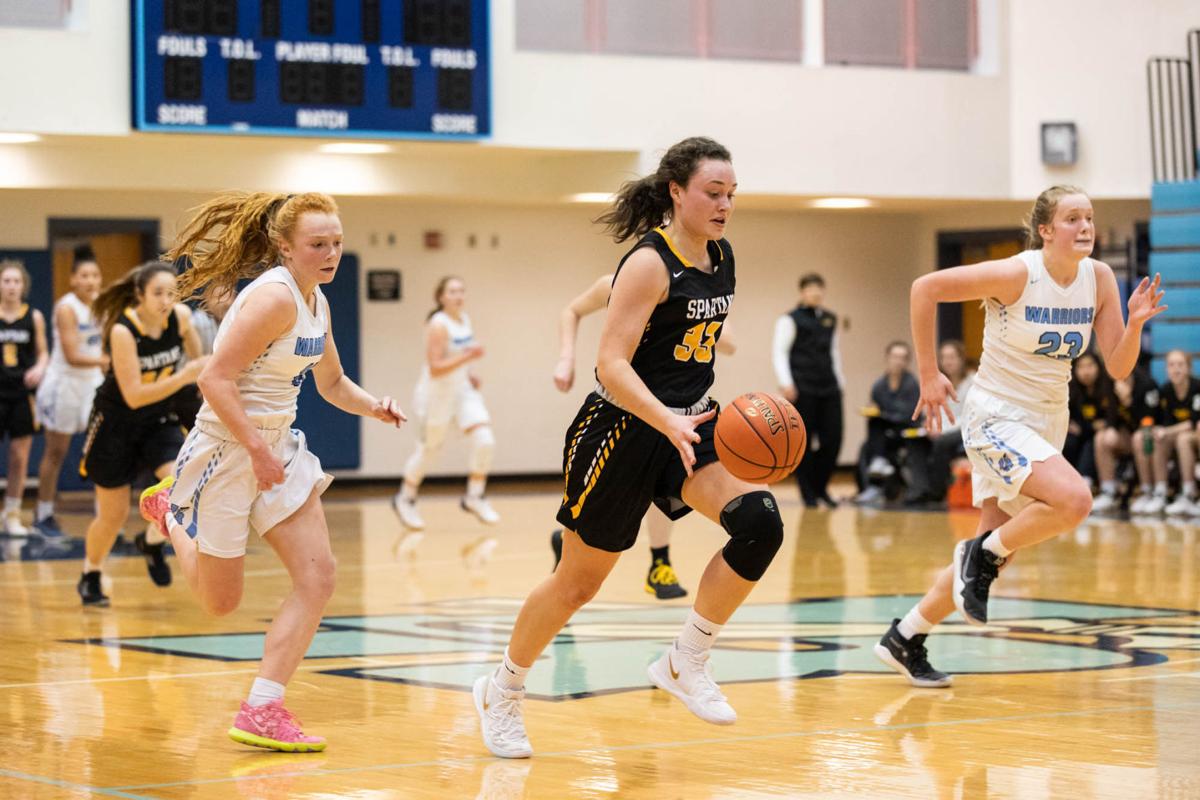 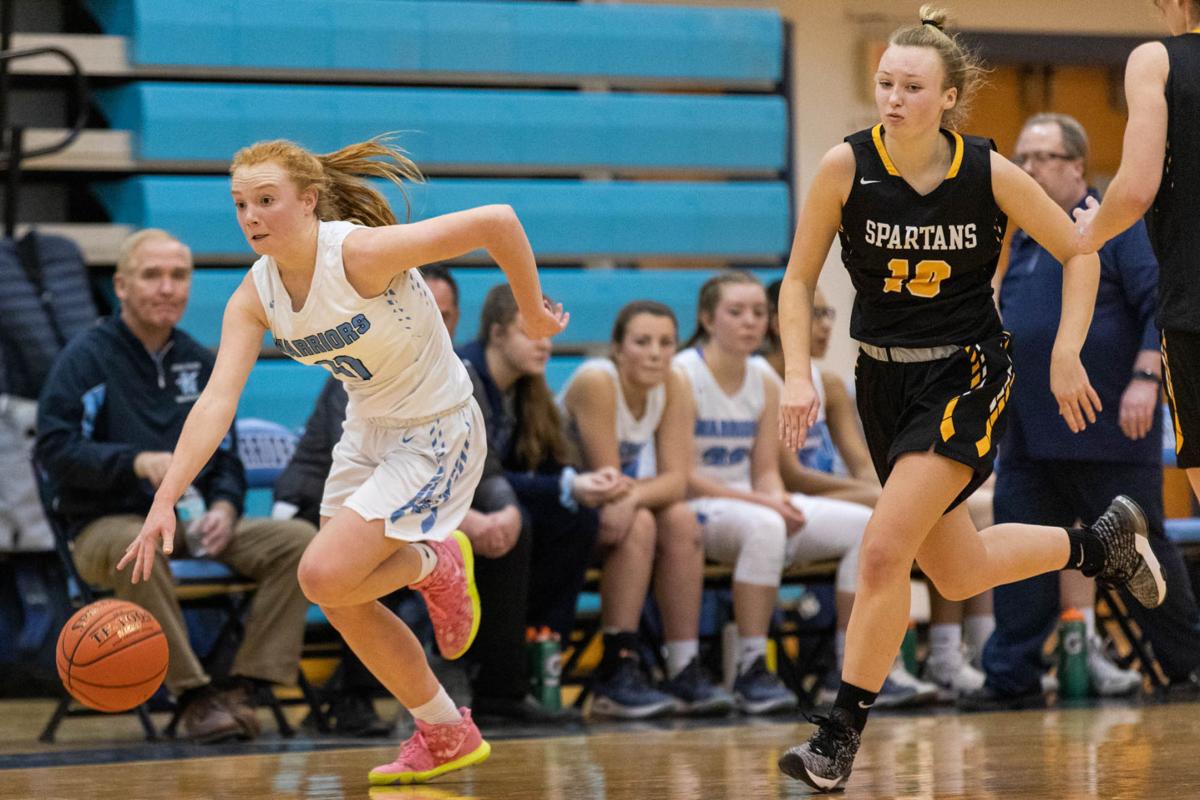 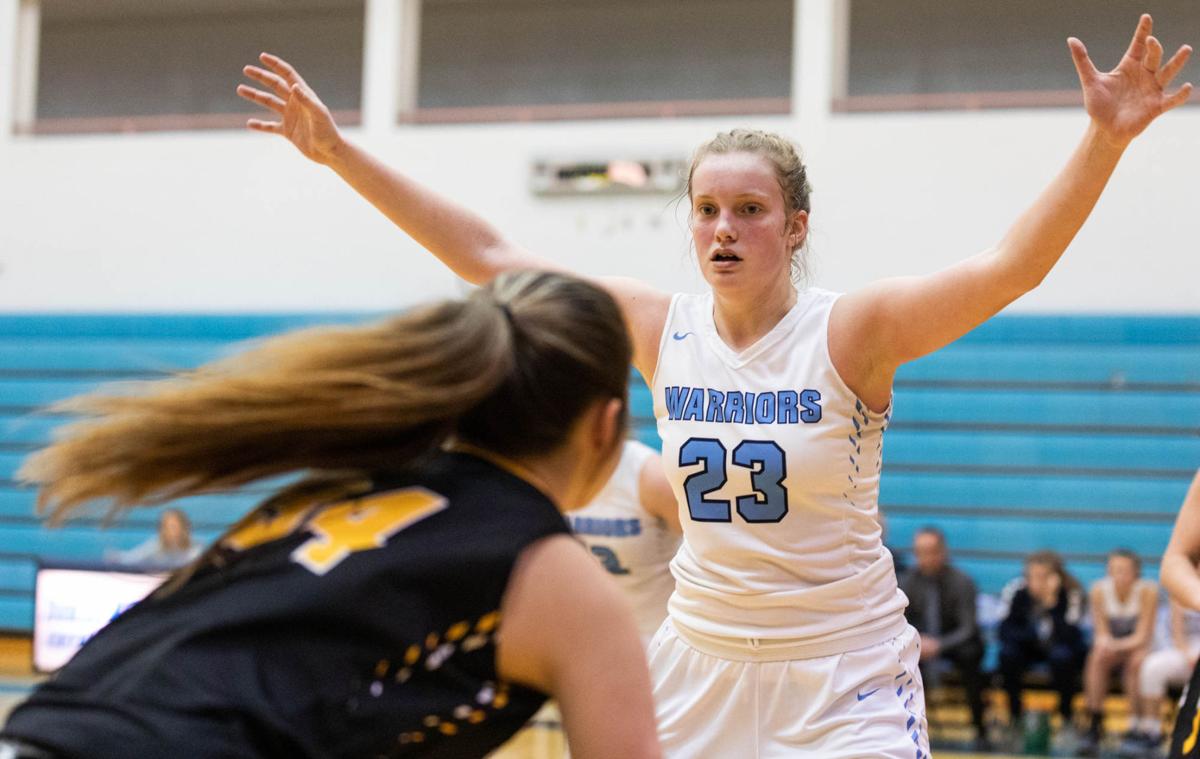 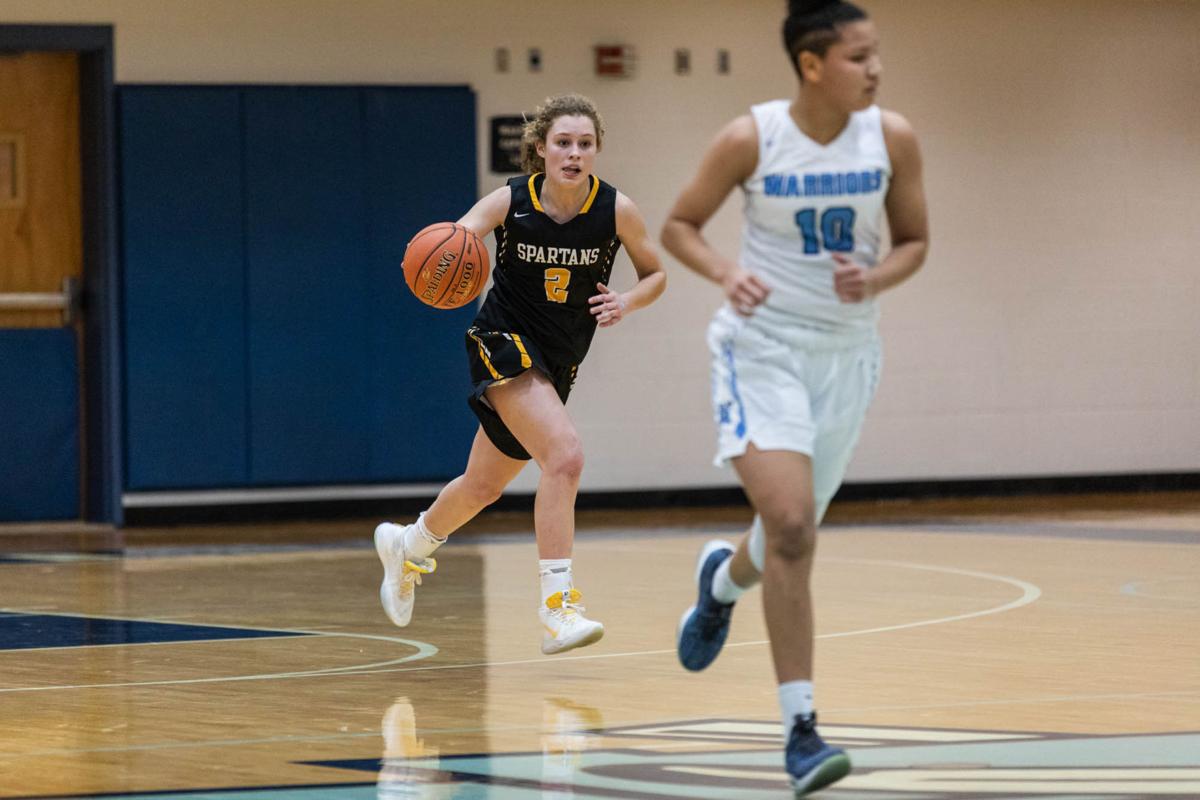 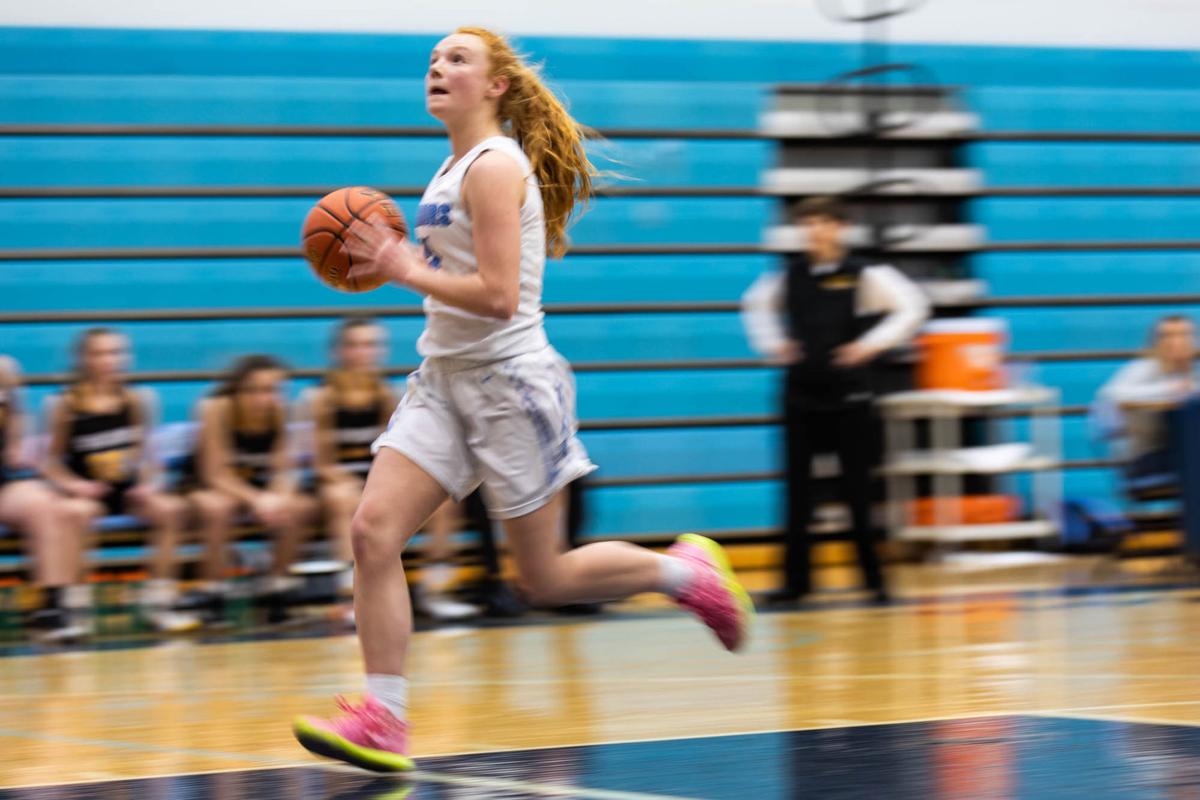 PHILADELPHIA — This is the type of game that Michelle Whitley was hoping for when she asked for South Jefferson to be moved into the Frontier League “A” Division.

Inside a packed gymnasium at Indian River High School on Thursday night, the Warriors played with intensity for four quarters, making their girls basketball game against the No. 3 Spartans anything but cushy.

South Jefferson ultimately got the victory, 55-42. The Spartans offense and ability to get to the foul line late helped seal the win.

For South Jefferson (9-1, 5-0), the win is its third closest game of the season. For a team of its caliber, close games in the late minutes don’t come along too often, making the ones that do essential learning opportunities.

“Especially coming up on the postseason when we’re going to have a lot games like that, well hopefully not a lot, but there’s a possibility of that,” said Jackie Piddock, who scored 27 points. “So we just need to learn from how we handled this game and how we can keep our composure.”

For Piddock, the game’s end was all about patience. On top of getting stops on defense, the Spartans didn’t need to rush their shots.

Whitley saw growth in her team during those final minutes.

“I saw us start to manage the adversity better than we did earlier in the season,” the coach said. “There’s times at the beginning of the season where we go, I call ‘helter skelter’ and we let that get to us. Here, it wasn’t always pretty, but we kept our heads, had a strong front and kept taking it at them.”

South Jefferson went into the half leading by only one. After a poor offensive first quarter, the Warriors (6-7, 3-3) came alive in the second to nearly tie the Spartans.

Abby Piddock added 10 points and Emma Schafer had eight. Schafer also was tasked with figuring out a way around Adrien LaMora, LaKaiya Butcher and Jaynne Alcock, three girls who all exceed her in height.

“It really helped me work on how to ball-fake,” Schafer said. “It was a big challenge, but I think we played them to the best of our ability and I don’t think we could have played them better.”

Schafer employed one of those ball fakes late in the second half when a quick deke to the left helped her get around Alcock, up the baseline and then over Butcher for the bucket.

Having been outsized in games multiple times this season, Schafer has the opportunity to work on her game against bigger opponents.

“I’ve seen her be more confident and make better decisions,” Whitley said. “When she’s dialed in, and that means focused, she does things very well, that she didn’t do last year or at the beginning of the season.”

Whitley credited Schafer, a sophomore, as being a hard worker and believes the older she gets, the more focused she’ll be.

Finding a way to score on the Indian River defense was South Jefferson’s biggest challenge. For the first time all season, the Warriors played a diamond-and-one defense — typically they just play man-to-man, with Ravan Marsell guarding Jackie Piddock.

“I’m more proud of them after this game than (for) some of our wins that we had, just because of the effort,” Warriors coach Jim Whitley said. “We do have some seniors but our scorers are younger kids and we’re going to make mistakes and we’re young, but we’re going to be good.”

LaMora finished with a team-high 14 points, Isabella Davis had nine and Butcher and Marsell each had eight. Butcher began to become more aggressive offensively in the second half and that took some pressure off of LaMora. Learning to be more aggressive has been a large part of Butcher’s growth this season.

Throughout the game, Jim Whitley and his coaches could be heard barking plays from the bench, while the offense eventually came around, executing the game plan was occasionally a challenge for the Warriors. “Game plan at first was just going to play five-out but we were not moving so we had to start getting into our playbook a little bit,” Jim Whitley said. “And when we do that, Adrien sometimes isn’t used to playing the post so we were getting a little bit disorganized. So, we called to try a couple timeouts, try to run some plays and they worked. Simple two-man stuff with Adrien and LaKaiya that worked.”