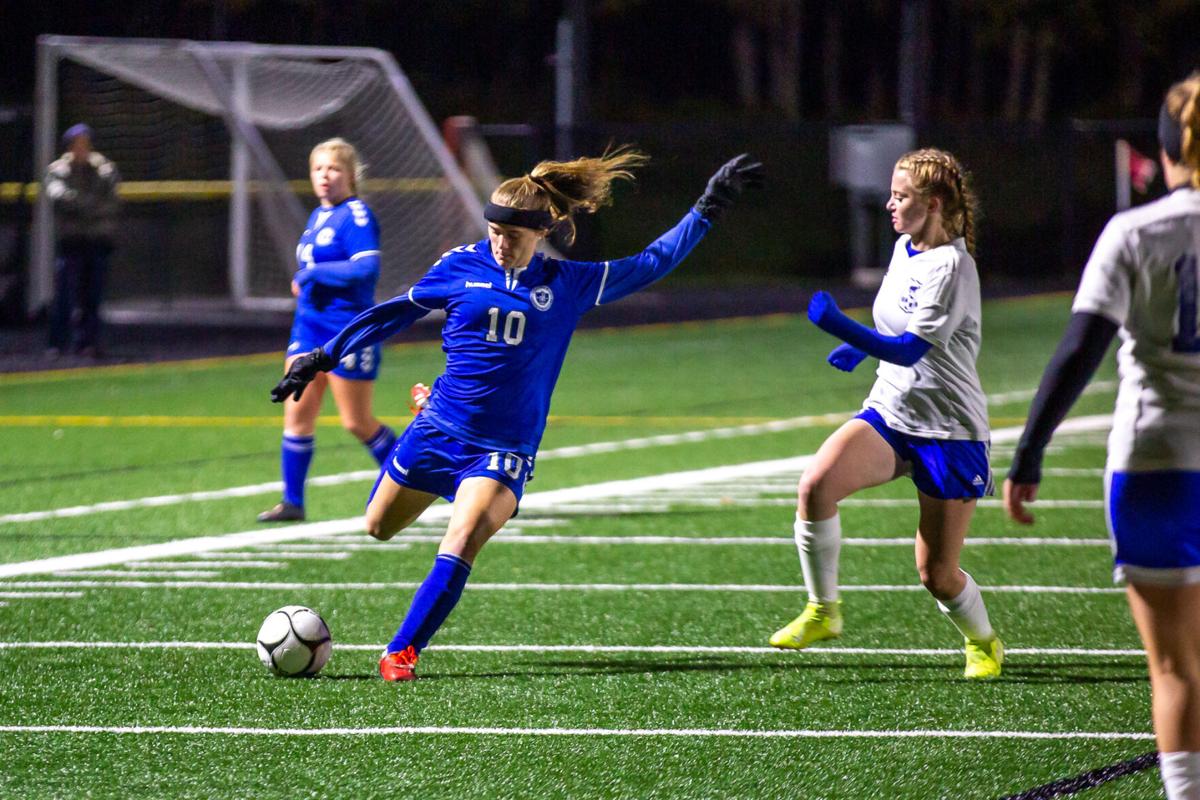 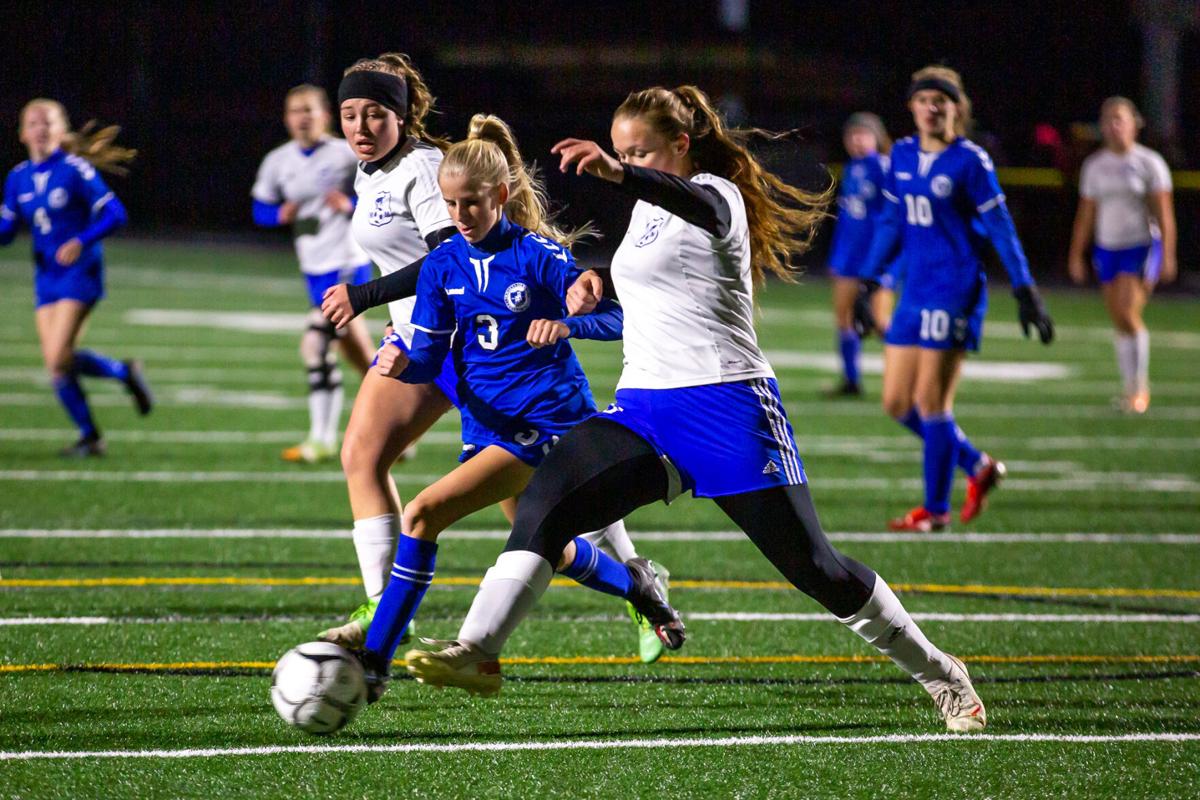 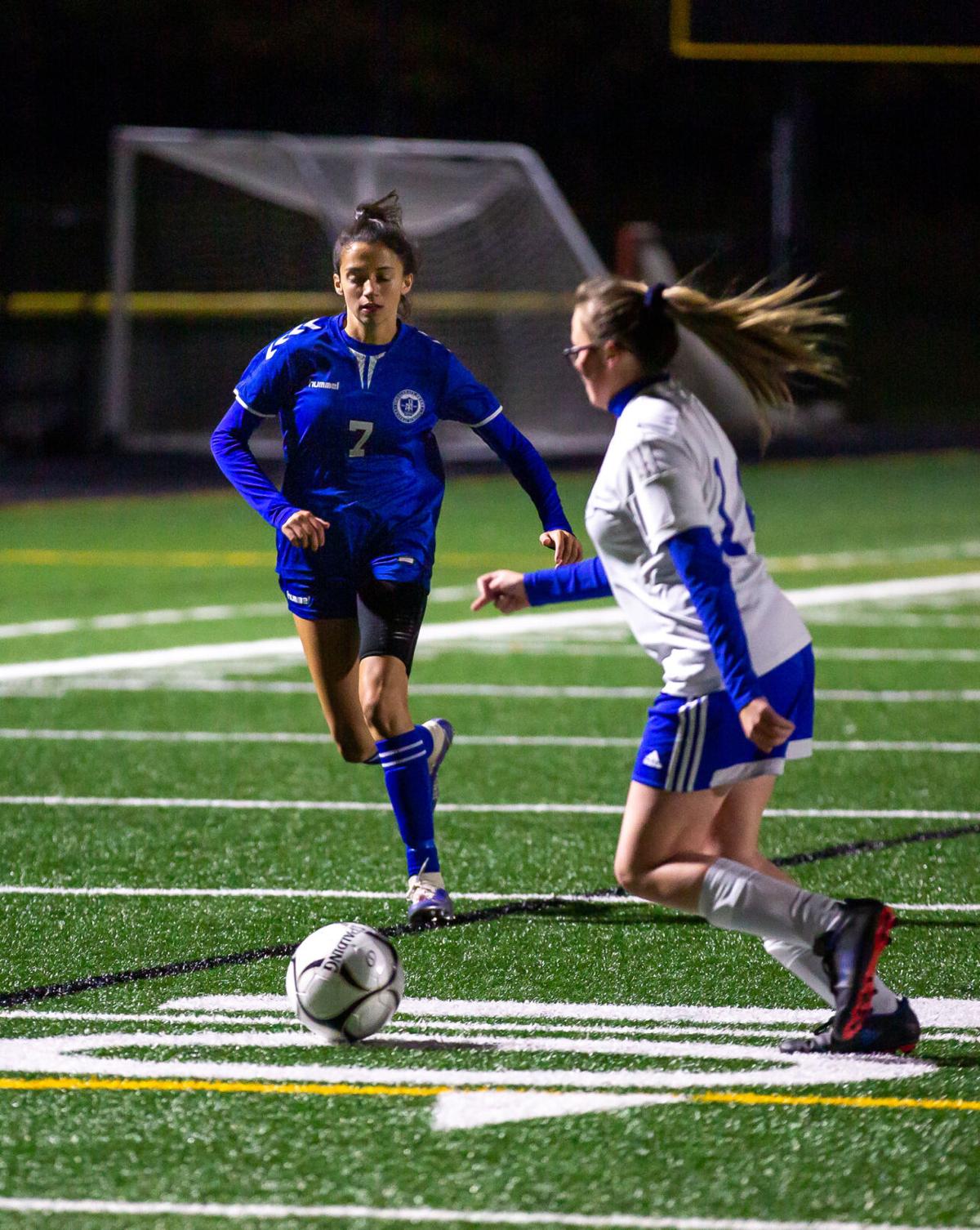 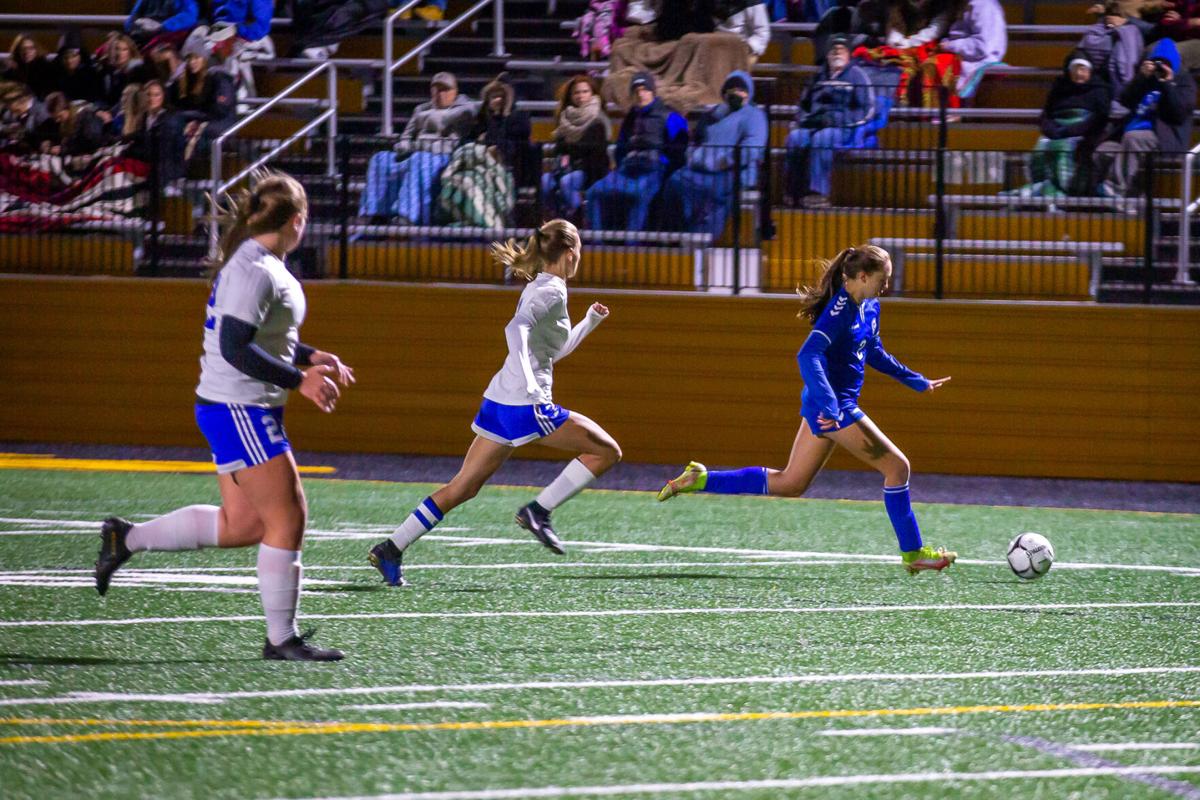 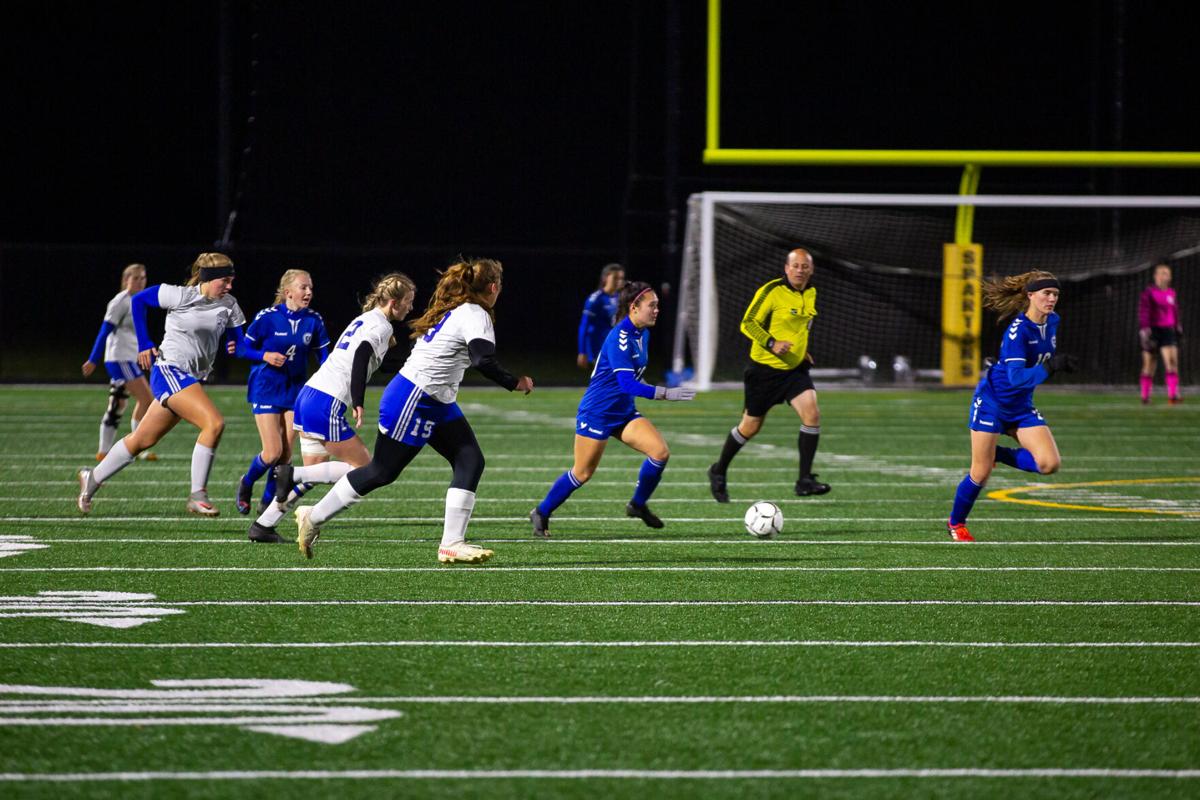 ADAMS — It was a good night for the lower-seeded teams in the two Section 3 girls soccer semifinals Wednesday night at South Jefferson High School.

Lyme will face second-seeded Poland in the Class D final at 6:15 p.m. Friday at SUNY Cortland.

LaFontaine scored the goal off a pass from Miranda Bearup while Kaitlyn Weston made seven saves as the Indians (17-1) reached their first sectional final since 2007, when they were state co-champions in Class D with Section 7’s Chazy. Lyme was able to beat Bishop Ludden (15-2), which had given up only three goals prior to the semifinals.

“I had a chance to see them (Bishop Ludden) a couple times this season and knew they were really strong in the midfield,” Lyme coach Mary Guyette said. “We needed to do a good job of marking them up and defending well.”

The Indians offense came into the game with 84 goals on the season, which is an average of almost five per game. However, Lyme hasn’t allowed more than one goal in its last six games thanks to its underrated defenders.

“I think defense is one of our strong suits,” Weston said. “No one can get by them and they’re super strong.”

The Gaelic Knights enjoyed a good amount of possession early on, but the Indians settled in and were able to hang with the top seed. Lyme used counterattacks to create chances, but didn’t finish them off like the high-powered offense normally does. However, the Indians got the opening they needed when Bearup’s pass made it to LaFontaine. She made a few dribbles and calmly put the ball past Gaelic Knights goalie Sarah Boyea.

“It was the perfect ball,” said LaFontaine, who has 30 goals this season.

Lyme didn’t sit back and wasn’t content with its lead, but couldn’t get a second goal. But the Indians defense recorded its second straight shutout in sectional play and Weston swallowed up any chances by the Knights.

“I think we did a good job of finding their top players and defending them well,” Guyette said.

Offensive players like LaFontaine and Bearup helped out on the defensive end in the waning minutes.

“We usually bunker down when we’re getting short on time,” LaFontaine said. “We’re trying to get the ball to the corner and keep our lead.”

“I’m so glad to experience this (making a sectional final) and I’m so excited to move on,” Weston said.

The Mustangs (16-1-1) were able to pressure the Cavaliers (14-4) early in the midfield to get some scoring opportunities. Piersma scored the first goal in the 27th minute to give Mount Markham the advantage going into halftime.

“They’ve got a really good midfield, so our plan was to keep our midfield flat and limit a lot of their passing,” Mustangs coach Keith Williams said of the Cavaliers.

Hannah Pcola made some key saves as the Cavaliers began to generate sustained pressure on net. Pcola, who totaled 13 saves, was greeted with chants of her initials “H-P” whenever she handled a shot.

“We’d be playing overtime if it wasn’t for her,” Mount Markham senior Catherine Huntley said. “They were incredible saves.”

Piersma gave Mount Markham a vital two-goal lead with 8:50 left in regulation. The Mustangs took advantage of the Cavaliers pushing up the field to get the insurance tally.

“I saw a little open space in the corner and tried my best to put it in that spot,” Piersma said.

IHC had a few solid chances, including a free kick from top scorer Kat Probst and a wild scramble in front with just under six minutes left. The ball was loose in front of goal, but the Mustangs cleared it out of danger.

“It’s just one of those nights where we couldn’t put the ball in the back of the net,” IHC coach Kurt Robbins said. “We had good chances and missed the ones we needed to make.”

Immaculate Heart will only lose two seniors and will look to improve on reaching a sectional semifinal.

“They really played their hearts out,” Robbins said.

Keely Cooney made 13 saves for the Cavaliers.

Hayden Allen scored the deciding goal in the 67th minute and also recorded an assist as the second-seeded Panthers rallied to edge the third-seeded Trojans in a Section 3 Class D semifinal at Mexico High School.

Goalkeeper Kyle McGrath made seven saves to record the shutout for Belleville Henderson (16-0), which advances to the sectional final to face top-seeded Cincinnatus at 5 p.m. Tuesday at Vernon-Verona-Sherrill.

It is believed to be the first time a boys soccer team from the school will compete in a Section 3 final.

The Panthers rallied from a 1-0 deficit at halftime to prevail.

“This is awesome,” Belleville Henderson coach Shawn Maloney said. “To be honest, I was a bit nervous after the first half. But the boys really responded well in the second half and just got it done.”

Allen set up Brayden Richmond’s goal in the 51st minute to tie the game at 1-1.

Then Allen converted on Owen McNett’s rebound to score the game winner with 13:31 remaining in regulation after McNett rang the ball off the left goal post.

Arman Nizam scored a goal in the first half for Manlius-Pebble Hill (10-3-1).