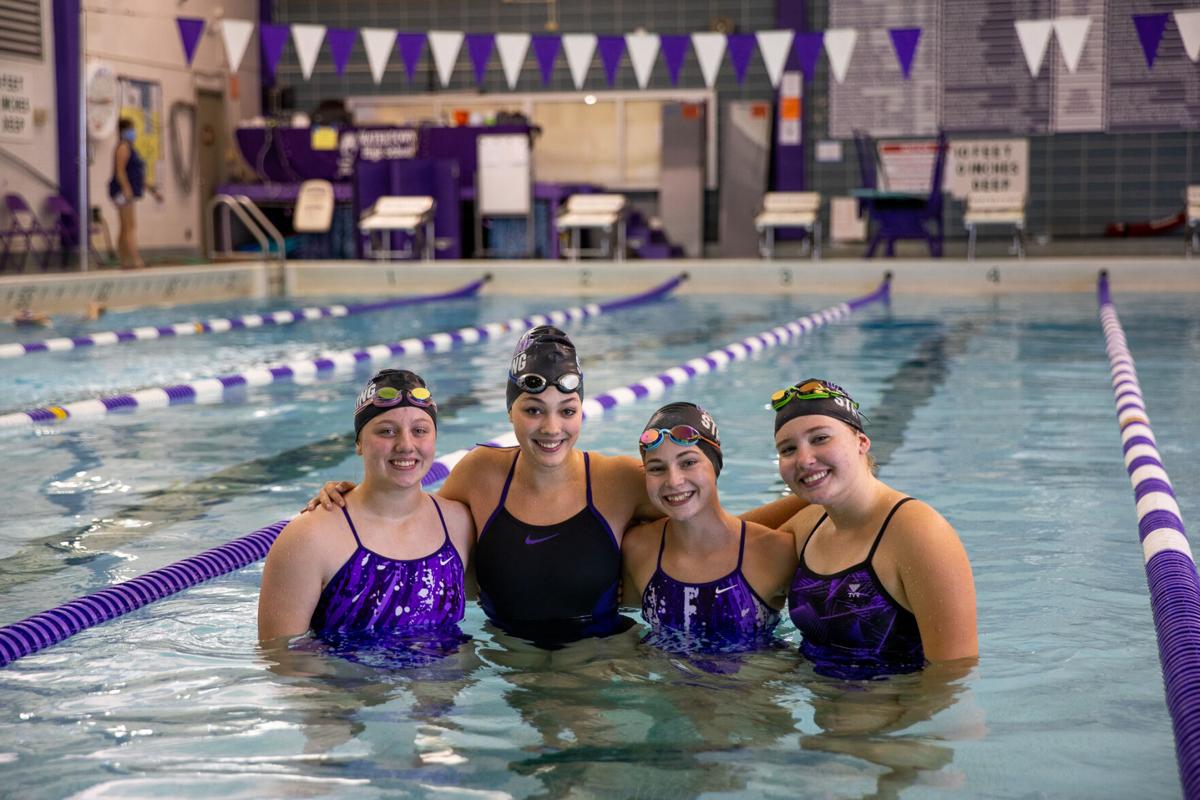 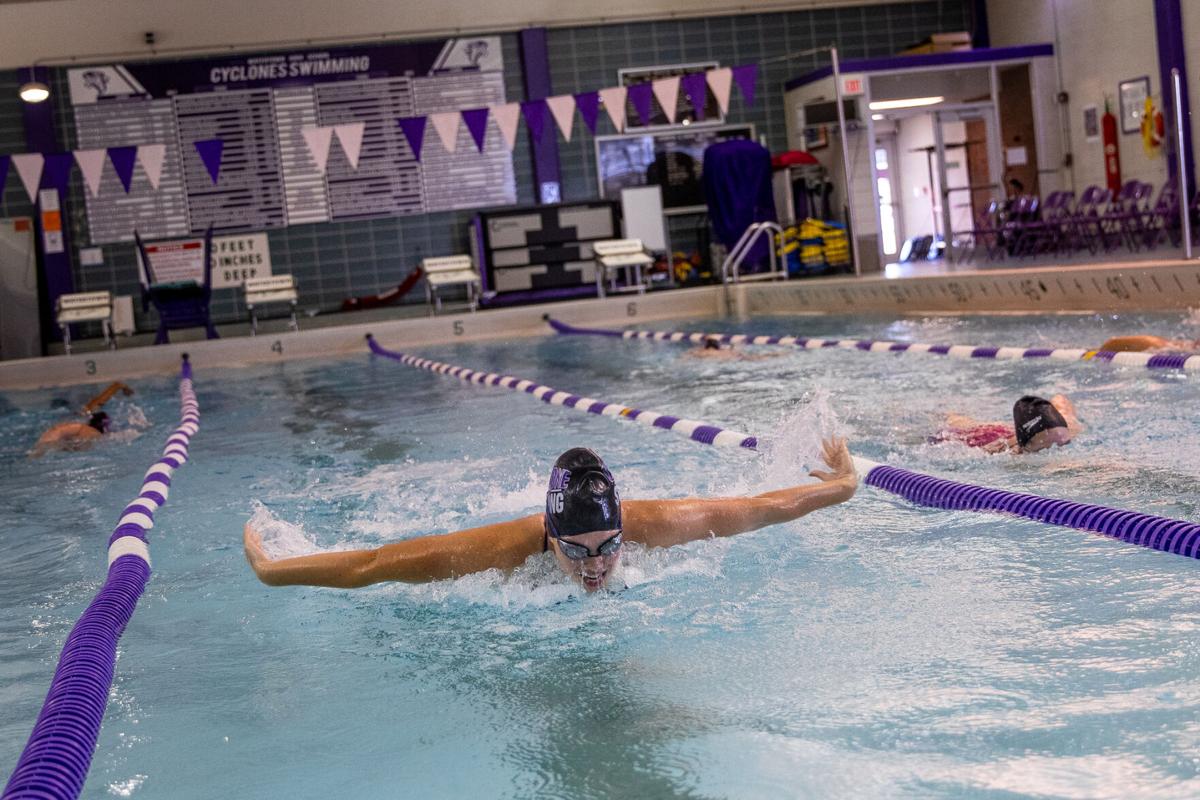 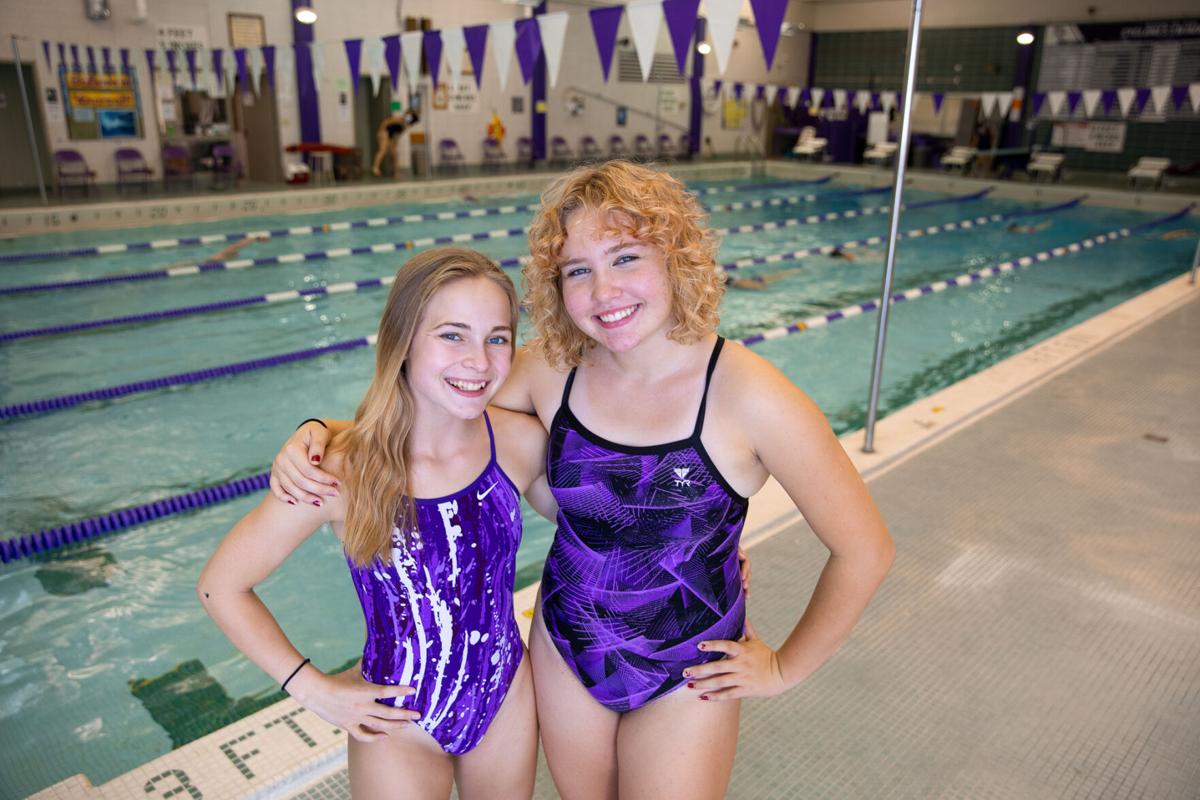 From left, Nina Colello and Julia Urf stand for a photo during practice at Watertown High School on Wednesday. Kara Dry/Watertown Daily Times 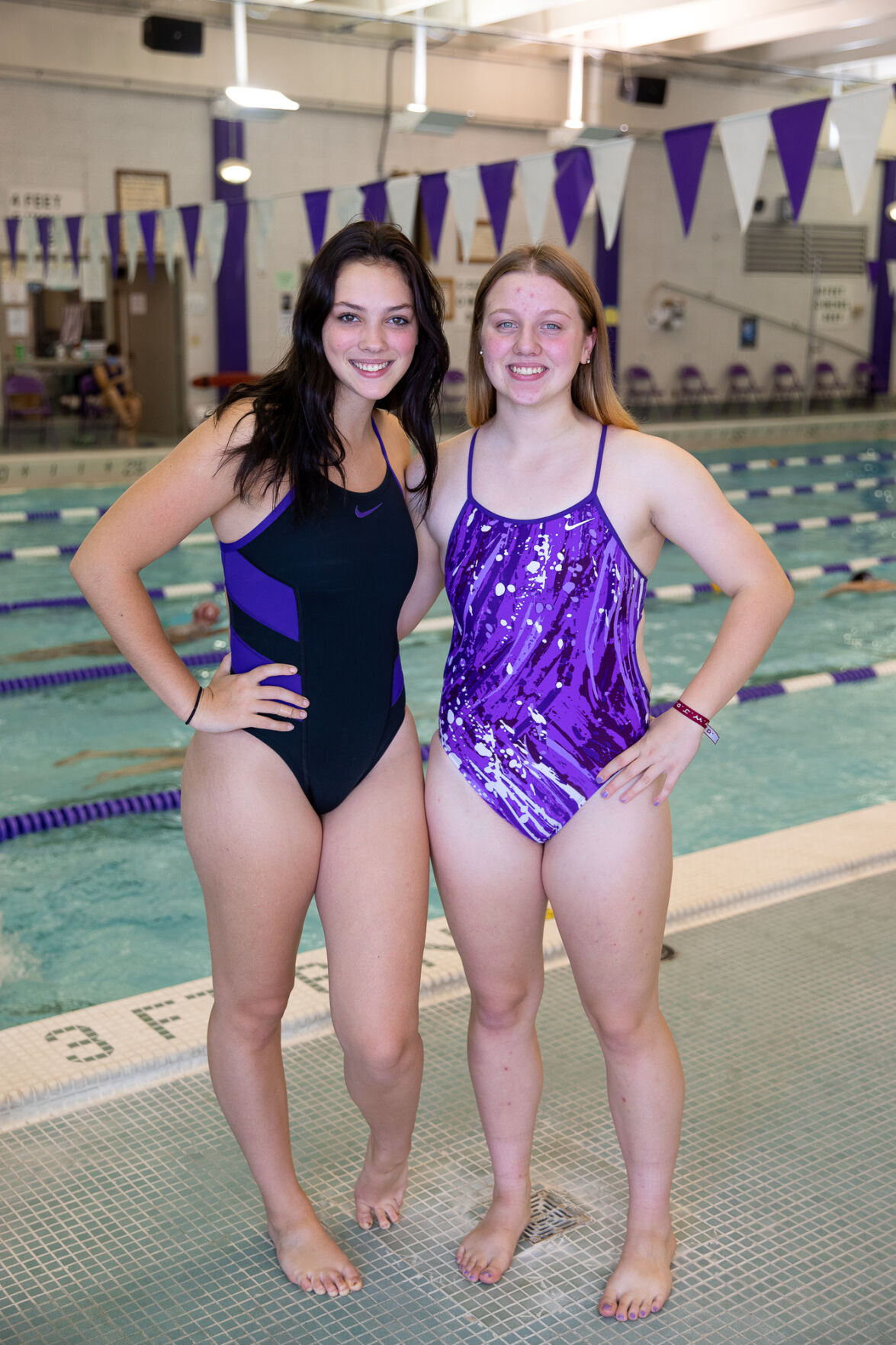 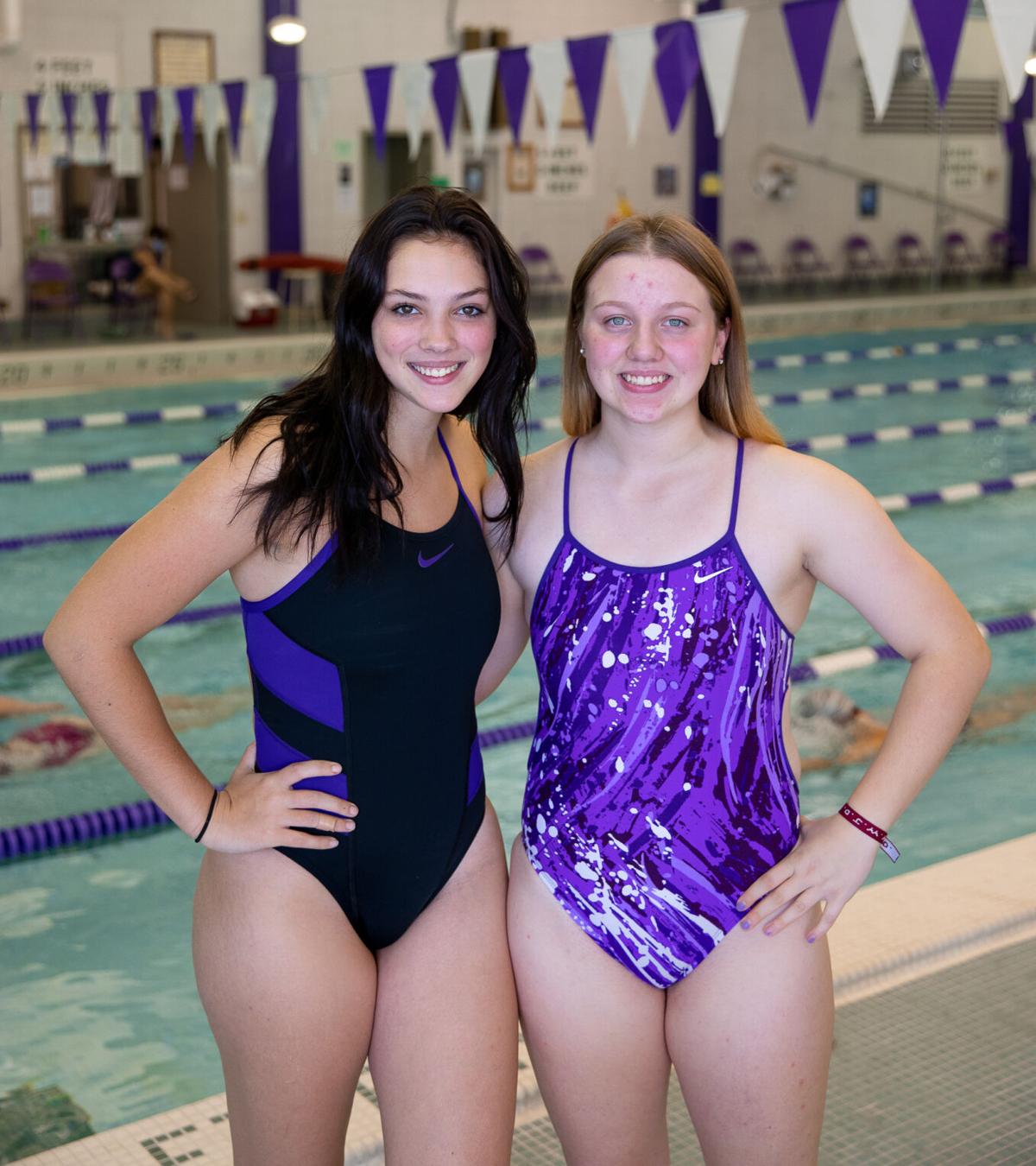 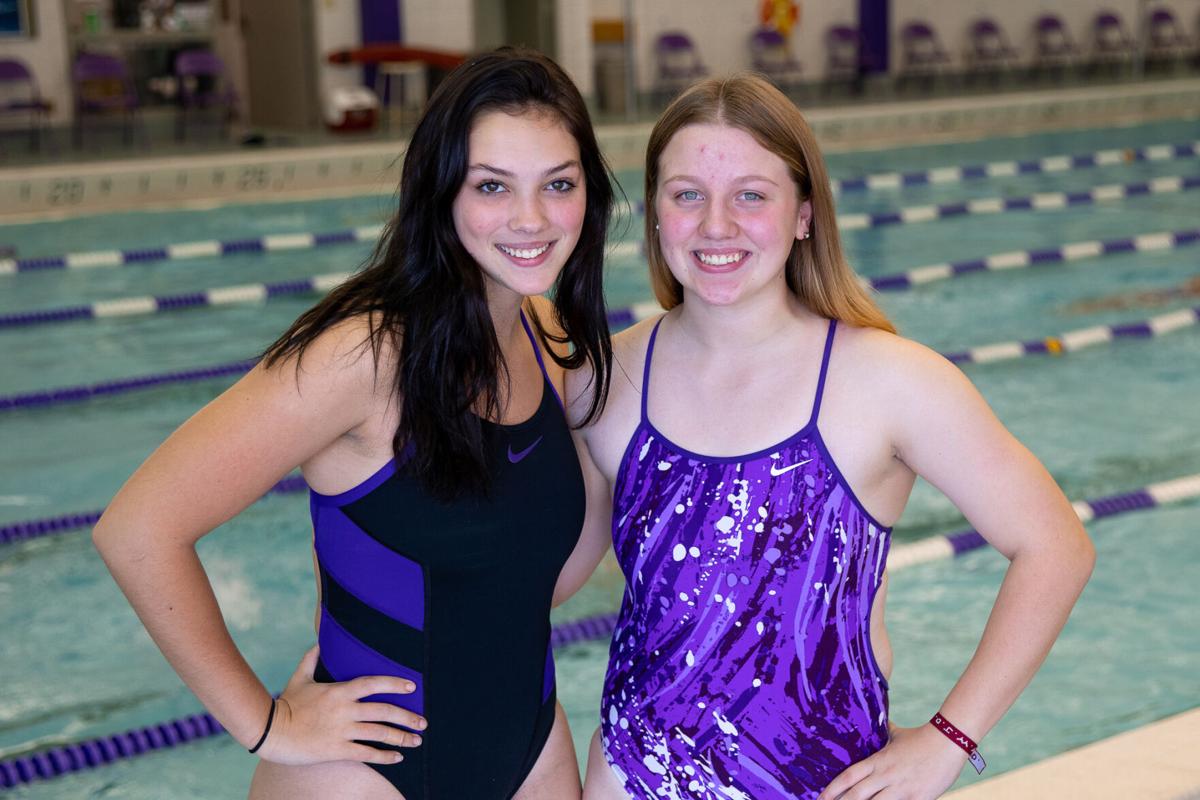 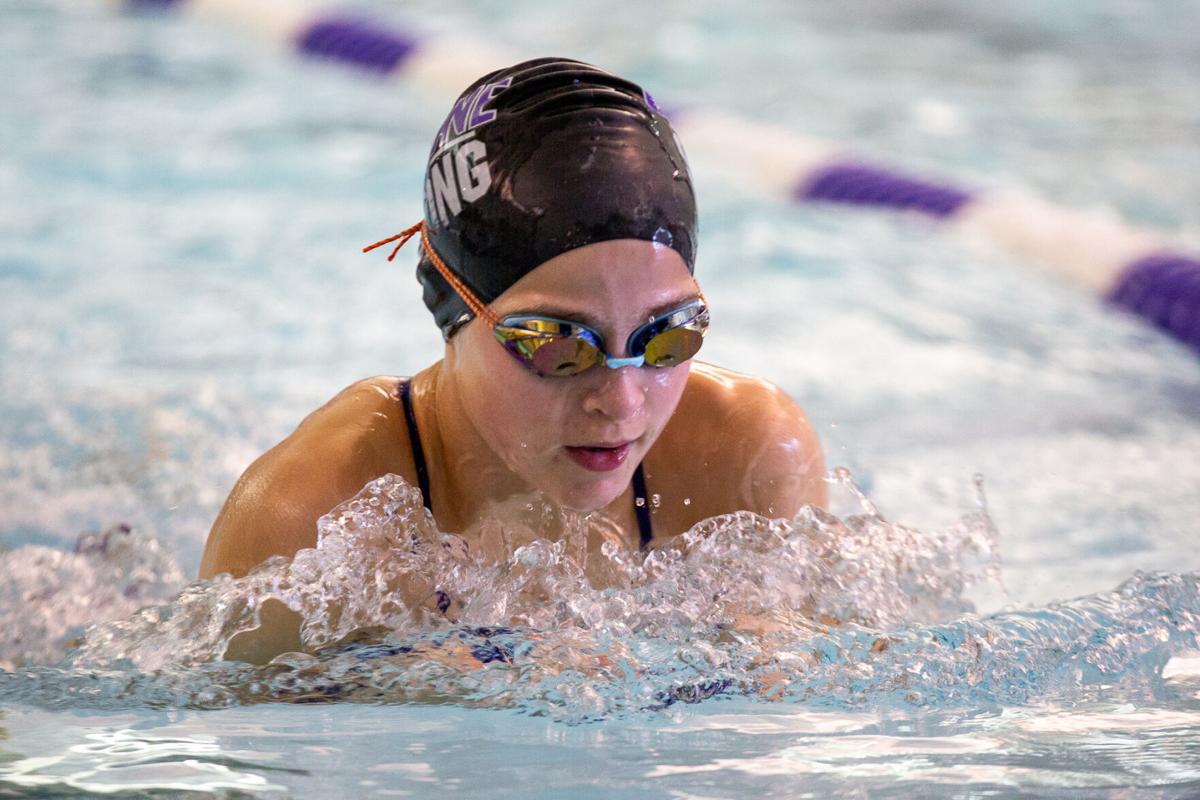 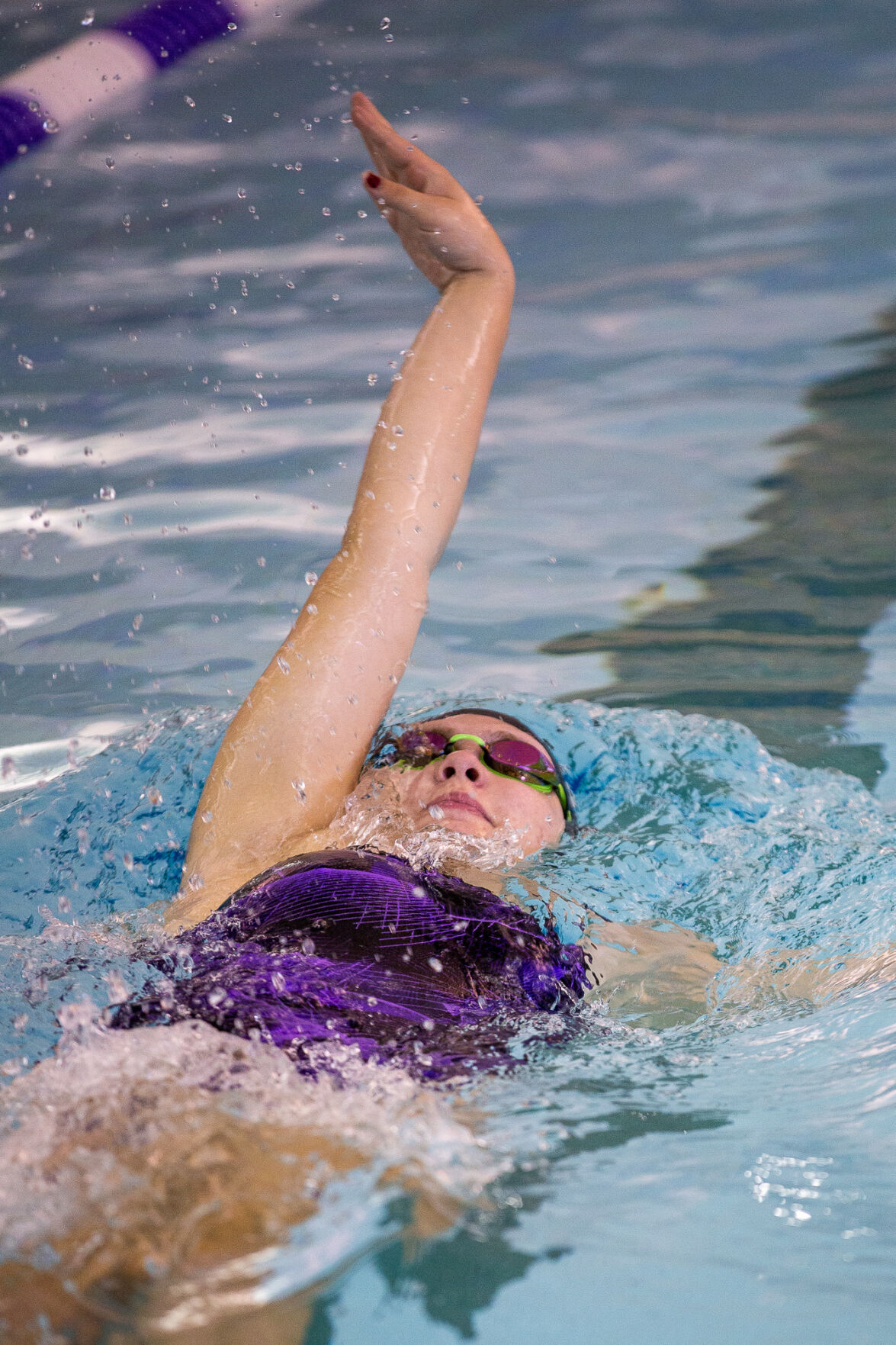 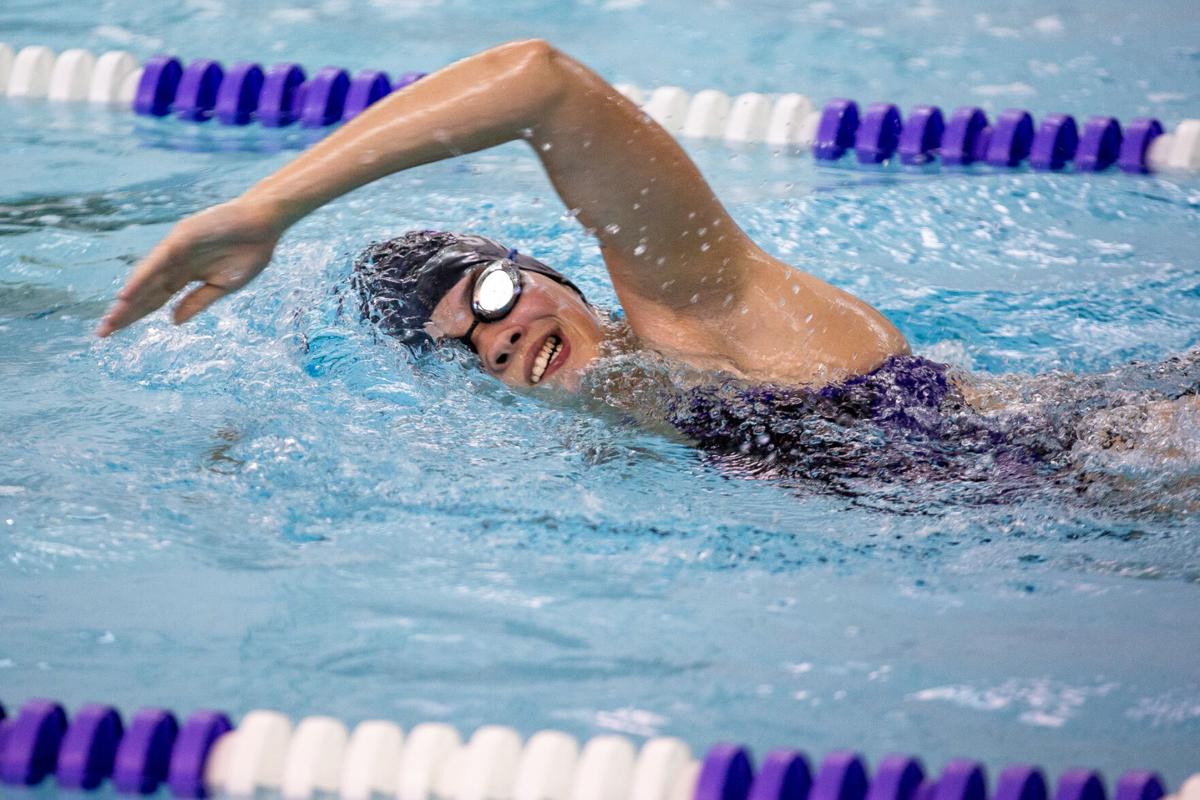 From left, Nina Colello and Julia Urf stand for a photo during practice at Watertown High School on Wednesday. Kara Dry/Watertown Daily Times

WATERTOWN — It takes years of dedication and focus to compile a 100-match win streak against your most familiar foes.

But it may require even more high-level concentration to not even realize when your team reaches that milestone.

That’s what happened to the Watertown High School girls swimming team when it eclipsed 100 straight victories in Frontier League dual meets during its final league clash of the 2019 season. The Cyclones were so zeroed in on the ultimate goals of championships and individual records that the achievement went by without a sound. It wasn’t until coach Lori Peters, now in her 28th year of leading the perennial champions, recently compiled the team’s won-loss record from the past dozen years that she realized they had surpassed 100 straight and have now won 118 in a row.

The Cyclones last lost a league meet at the end of the 2009 season, when they went 11-2. Since then, they have posted 10-0 records 11 of the last 12 seasons and finished 8-0 the other time, the shortened “Fall Season II” last spring, which was pushed back from the fall of 2020 due to the coronavirus pandemic.

Watertown tallied its latest 10-0 season last Thursday with a win over Indian River and is preparing to move into the postseason with the league meet and sectionals and states ahead, a regular destination for many Cyclones over the years where their biggest goals reside.

“I’ve been blessed,” said Peters, who started coaching the team in 1993-94. “I wouldn’t still be doing this today if I didn’t have amazing young ladies over the years, student-athletes, who are passionate about swimming, and their families have been wonderful and it keeps me coming back.”

Watertown’s record board on the front wall of the pool boasts the best of the Cyclones during Peters’ time, the majority of the school and league marks shattered during her tenure and the names are a who’s who in the Frontier League dynasty, from Mary Butler and Lauren McKinney to Samantha Favret, Sarah Kilburn and the Alvarados, Emily and Hailey.

The Cyclones lost three names off of that board before this season as Kilburn, Emily Alvarado and McKenzie Way graduated last June. They left behind a more modest group of seniors and even more sophomores and freshmen, but all well-aware of the legacy they must maintain.

“I think the fact that we’ve been undefeated for so many years, that pushes us to continue it,” said senior captain Nina Colello. “So every day at practice we put in the effort, every meet we give everything that we have.”

Even Watertown’s younger swimmers know the mission, although like many of the Cyclones, they have more experience than your average underclass student. The two swimmers with the most first-place finishes this season, Mallory Peters and Jasmine Ferguson, are both sophomores, although each have been part of the varsity squad since seventh grade.

“We may have won the majority of our meets but you still had to work for it every time,” said Mallory Peters, whose older sister, Brooke, swam for Watertown and is part of that record board. “Especially this year, since we lost a lot of the swimmers that were seniors, we’ve had to work even harder and I think doing so makes us all better and it will be a lot easier (in the postseason).”

This year’s Cyclones team is the smallest in coach Peters’ 28 years. With 21 girls on the roster, the coach has mixed and matched swimmers like a Tampa Bay Rays pitching staff, swapping individuals depending on the event, opponent and situation. “It’s like a chess game,” coach Peters said. “And I don’t even play chess.”

Watertown somehow boasts terrific depth even with its smallest roster since at least 1994. Sixteen of the 21 swimmers on the roster have qualified for sectionals.

Peters stresses versatility among her swimmers and the most experienced can swim almost every event on the sheet. Senior captain Julia Urf, in her fifth year, focuses on the 200 individual medley and 100 backstroke but she will take on any other task.

“My goal every year is to make sectionals in everything,” Urf said.

The ability of each swimmer to fit into whatever role — coach said this team “has a lot of grit” — has generated victories through more second-, third- and fourth-place finishes than in years past. They’ve needed the depth, too, against teams like South Jefferson, which features some of the top individual swimmers in the league.

“Yes, we’re pulling some first places here and there but we’re winning meets as a team,” Lori Peters said. “(It’s important) when five of your six lanes score points in competition. I need all of them to score.”

Peters has worked outside the pool to strengthen the team’s willingness to pitch in. This year, they all went mountain biking together. In years past, they’ve kayaked.

“Our team is like a family, it’s not like we’re just a team,” said Ferguson, who generates most of her firsts in the 100 butterfly and 200 IM. “We bond so much more than I ever would’ve imagined.”

The willingness to do what it takes also may come from simply being grateful to swim in a pool against competitors from other schools after the social-distancing of last season.

“Like I tell my girls, each day that you get to swim is an opportunity to do your best,” Peters said. “Don’t take anything for granted. After what we’ve all been through just do your best.”

Peters plans to coach Watertown at least through her 30th season when her daughter Mallory will be a senior. Anything beyond is to be determined.

“I still love it. I still look forward to it,” she said. “I love coming to practices. I love creating workouts. I love to mix things up and have fun with the girls.”