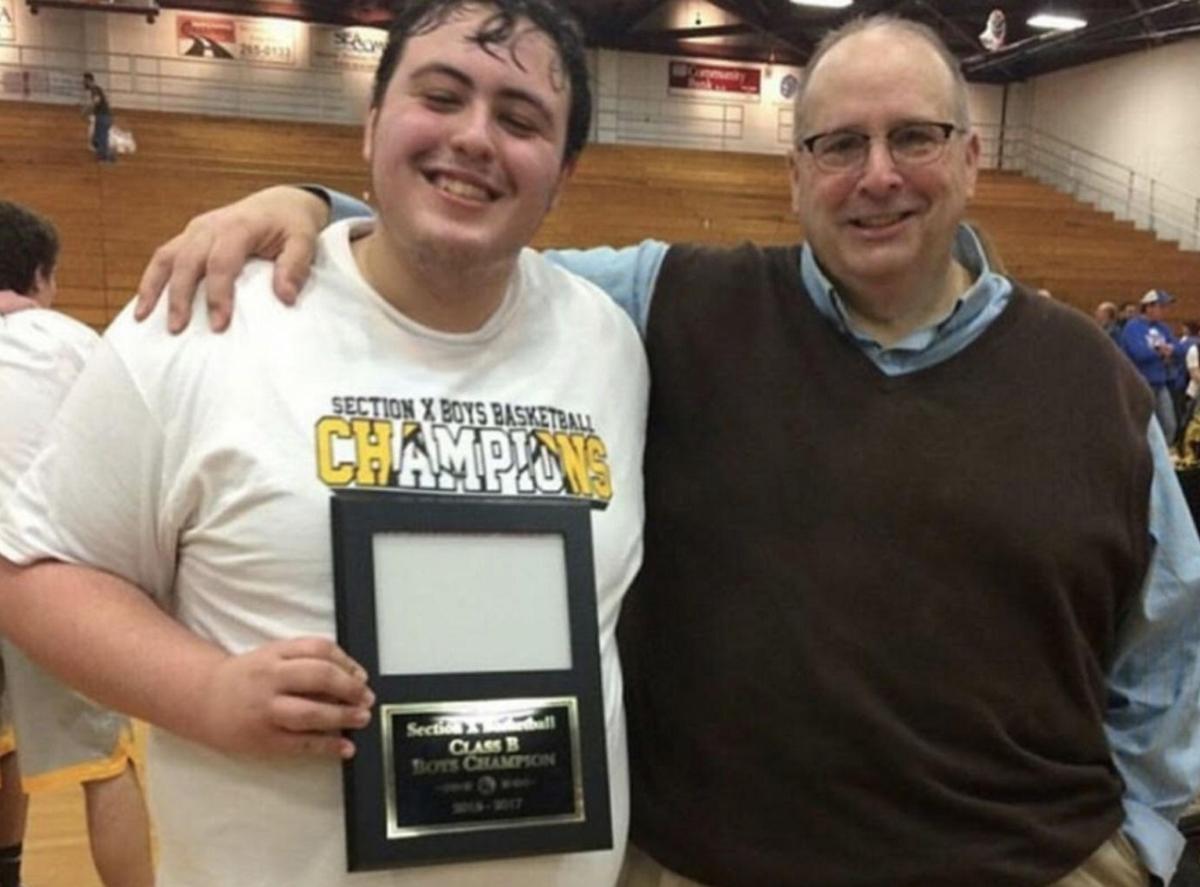 George Gordon poses with his son, Jack, after the Canton basketball team won the Section 10 Class B title in 2017. PROVIDED BY BILL PORTER 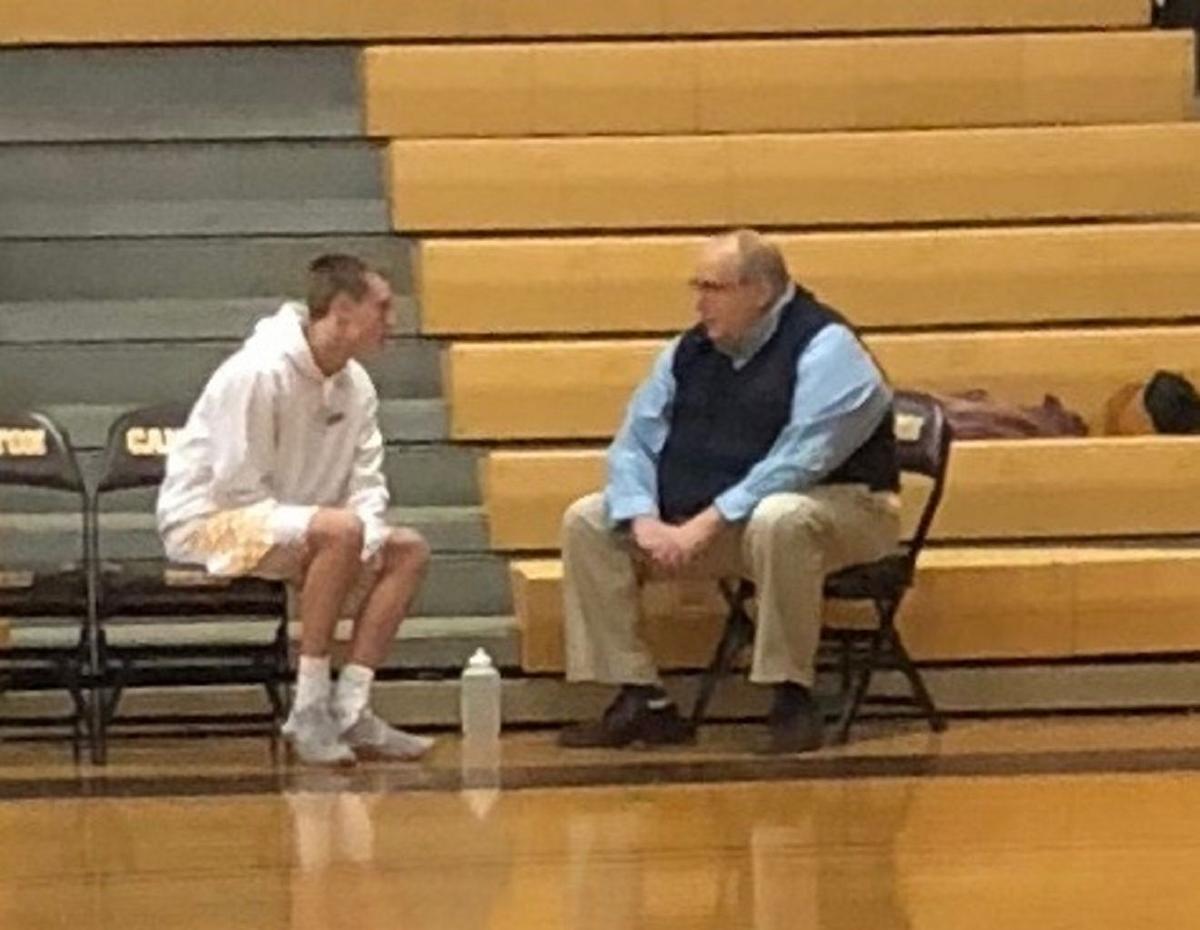 Basketball coach George Gordon talks with a Canton player during Gordon’s time as an assistant with the Golden Bears. Gordon, after his retirement at Gouverneur, came back to coach several times. Provided By Bill Porter 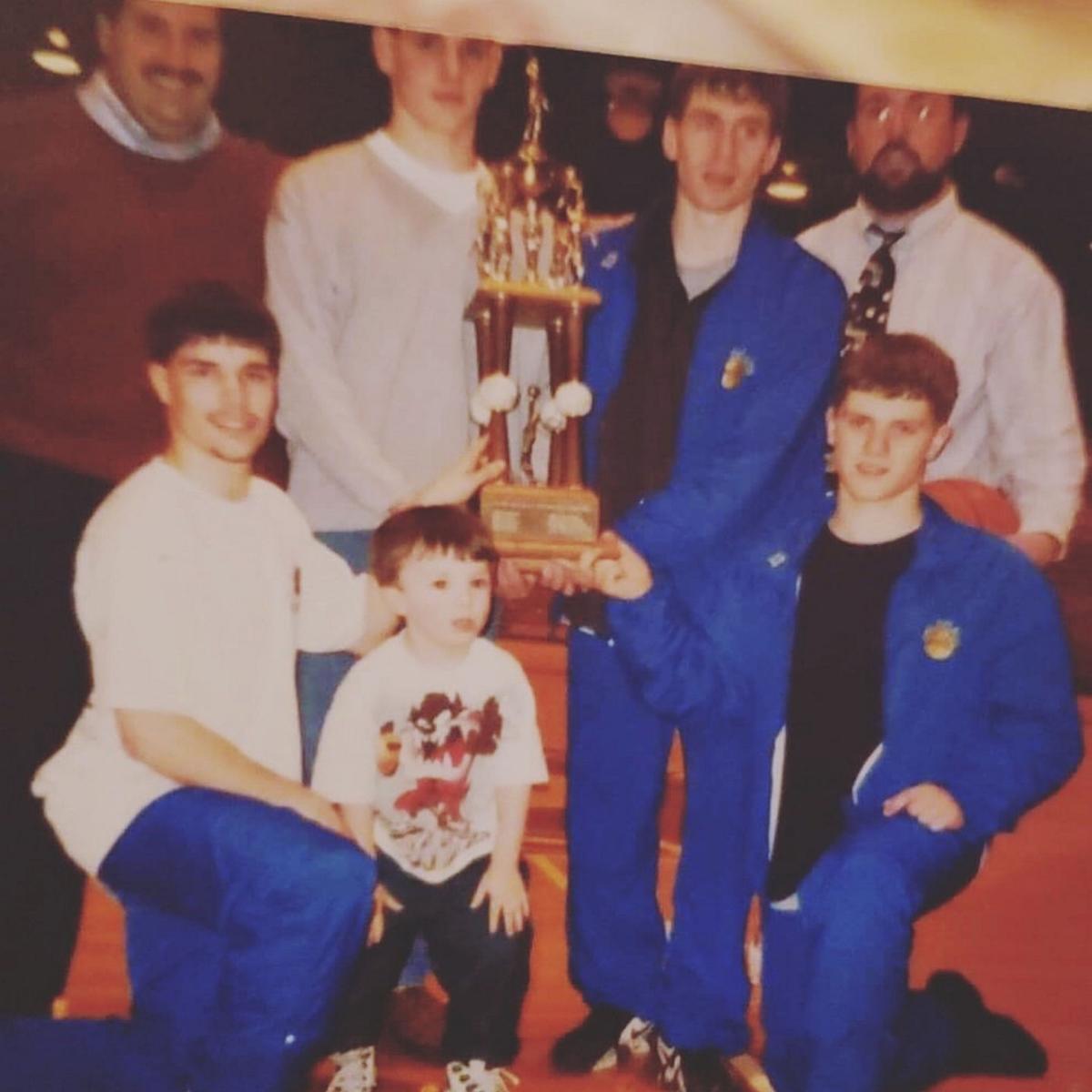 George Gordon poses with his son, Jack, after the Canton basketball team won the Section 10 Class B title in 2017. PROVIDED BY BILL PORTER

Basketball coach George Gordon talks with a Canton player during Gordon’s time as an assistant with the Golden Bears. Gordon, after his retirement at Gouverneur, came back to coach several times. Provided By Bill Porter

Gordon said he was headed to St. Joseph’s Hospital in Syracuse to undergo a cardiac catheterization.

Knowlton said he wasn’t too concerned. The heart procedure is common and relatively low risk, but something Gordon said made him think as the two hung up.

“He told me he loved me,” Knowlton said.

Gordon, whose 63rd birthday would have been Saturday, developed complications during the procedure and went into cardiac arrest a couple of times, Knowlton said. Hospital workers could no longer revive him and the former longtime Gouverneur varsity boys basketball coach died Tuesday, leaving Section 10 coaches, athletes and co-workers to contemplate his impact.

“We talk about the weird things that happen and the man upstairs and everything, but I think (Gordon) called me for a reason,” said Knowlton, who knew Gordon for more than 30 years.

Gordon coached the Wildcats varsity team for 25 years, starting in 1985. His love for the game and outsized personality — Knowlton said Gordon was “a big hugger” — left an impression on numerous athletes in the Gouverneur and Potsdam school districts, as well as the coaching community in the north country.

“He was more than gracious with me,” Knowlton said. “When I took over, he called me up and said I needed to run the Syracuse zone offense. He was an encyclopedia of information and on all sports.”

Canton athletic director Bill Porter played on Gordon’s first varsity basketball team during the 1985-86 season. He later matched wits against Gordon as coach for Canton’s basketball team, then taught with him when Gordon assisted the Canton team for six or seven years after his retirement in 2010.

“He was a very honest coach,” Porter said. “Sometimes as a player you didn’t want to hear what he was saying or how he was saying it. If you could filter through that, he was spot on.”

Gordon, a native of Potsdam, also coached football, track and field and golf for Gouverneur. Knowlton recalled that Gordon anticipated the promising future of brothers Nate and Brian Leonard even when they were playing JV football for Knowlton.

“He looked at me and said, ‘they’re NFL caliber,” said Knowlton of the two Gouverneur alumns who went on to excel for Division I Rutgers. Brian Leonard then played eight years in the NFL. “He said, ‘You won’t have them for long, they’ll be playing for me (on varsity).’”

Gordon coached so many teams at that time — basketball, football and track — that the Leonards hardly knew a high school team without Gordon leading the way.

Knowlton compared his mentor to Section 10 basketball coaching Hall of Famers such as Jerry Hourihan, Bill Merna and Joe Jubinville, calling him “the definition of a gym rat.” Gordon, Knowlton said, would watch college basketball games on Saturdays not to relax but to see “how Rick Pitino runs this press.”

“This was a huge blow,” Knowlton said. “I don’t think George realized how much he meant. He didn’t understand the impact he had on Section 10.”

Gordon didn’t hold back his thoughts from players or officials, according to remembrances posted online. Those who knew him noted his sense of humor and Knowlton mentioned Gordon’s favorite quote, the Bobby Knight barb about being buried face-down “so critics can kiss my ass.”

“You could write a book on George Gordon stories,” Knowlton said. “He would laugh with you at his expense. He could be one cynical, sarcastic son of a gun. But that was our George. He always had his heart in the right place. The people who knew him knew that.”

Players and coaches called Gordon “the big guy” or “Big G” or “Double G.” Knowlton said his phone has been ringing nonstop the last few days as Gordon’s former players and coaching peers express what the coach meant to him.

“One thing he told me that’s always stayed with me,” Porter said. “Stand up straight, look at the person, give him a firm handshake and look him in the eye, and that’s something that I’ve always remembered. You don’t see that much in this day and age.”

Gordon coached the Gouverneur basketball and track and field teams to multiple Section 10 titles and joined Canton boys basketball for its state Final Four trip two years ago. But his eagerness to stay involved in school athletics even after retirement spoke to people beyond on-the-court success.

“It didn’t matter the level,” Porter said. “He’d come into school and work with the JV practice. He just loved it.”

Gordon came back to coach the Potsdam varsity girls basketball team as recently as 2015 and Knowlton said he received a call from Gordon last spring excitedly telling him about a coaching job opportunity at Parishville-Hopkinton.

Funeral services for Gordon are scheduled for 11 a.m. Monday at First Presbyterian Church in Potsdam. Calling hours are from 2-6 p.m. Sunday.

Gordon is survived by his wife, Lisa, sons Derek and Jack, and two grandchildren.