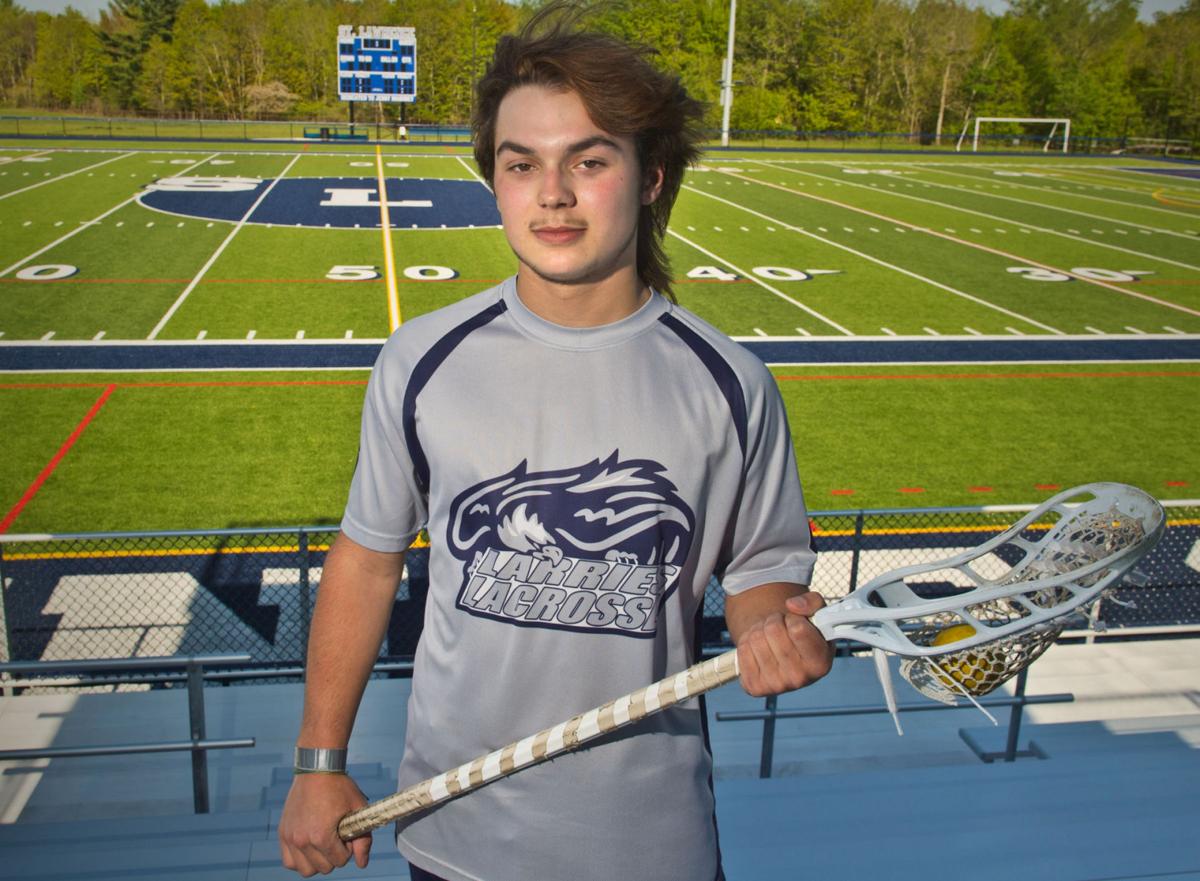 Alex Burg, a junior at St. Lawrence Central, will have to wait until next season to play on the school’s new turf field. Christopher Lenney/Watertown Daily Times 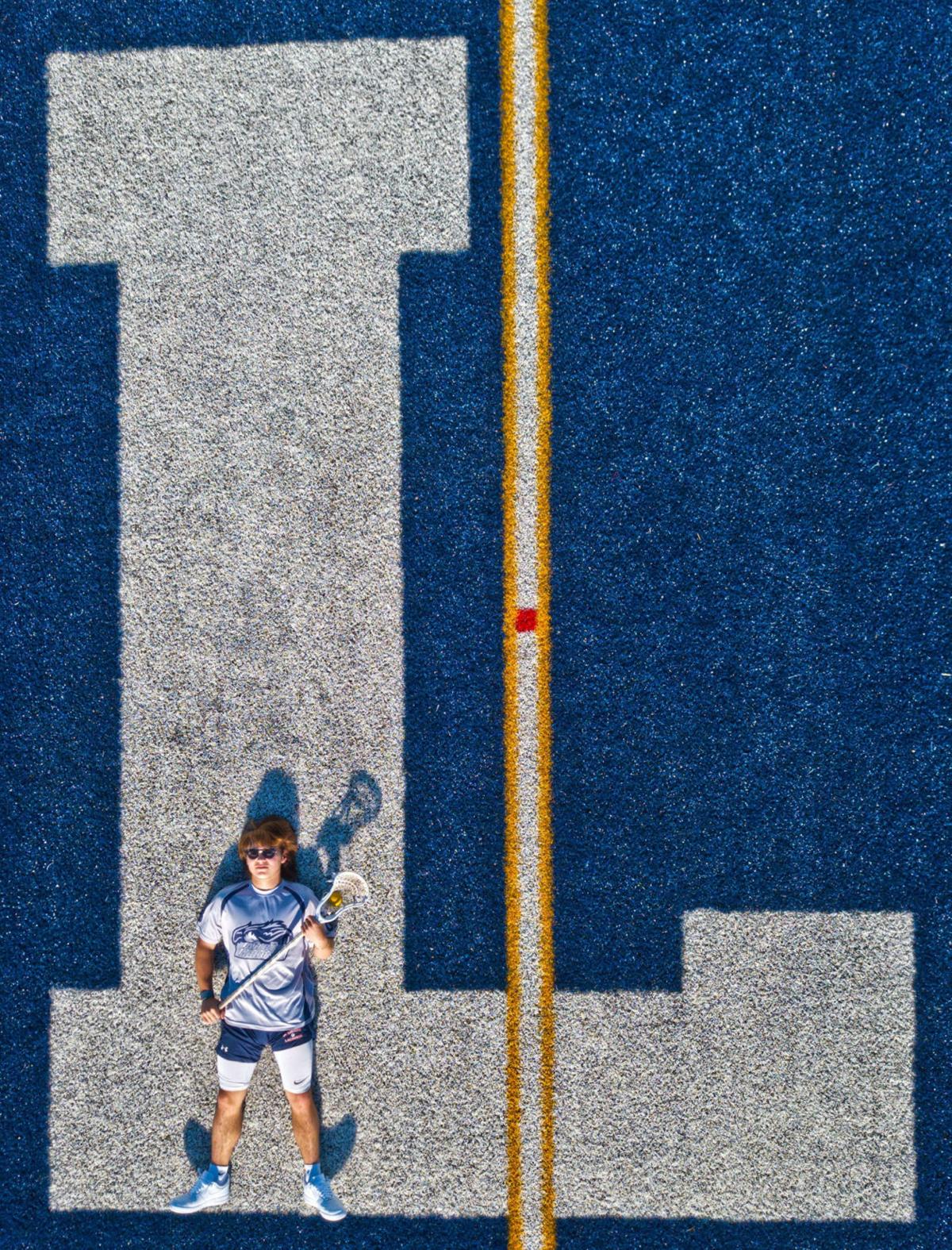 Alex Berg said he looks up to former St. Lawrence Central athlete Cody Kilcoyne who taught him to play and encouraged him to try out for teams. Christopher Lenney/Watertown Daily Times

Alex Burg, a junior at St. Lawrence Central, will have to wait until next season to play on the school’s new turf field. Christopher Lenney/Watertown Daily Times

Alex Berg said he looks up to former St. Lawrence Central athlete Cody Kilcoyne who taught him to play and encouraged him to try out for teams. Christopher Lenney/Watertown Daily Times

Q: How did you fall in love with your sport?

A: “I started playing lacrosse when I was four. My brother (Matt) is two years older than me so he was on a different team than me. He’s a natural athlete that excels in all sports and I wanted to beat him in one sport. We both played football, soccer, basketball and lacrosse. His love is basketball, mine became lacrosse because I loved the physical contact, the rush of scoring and faking the opponent out on a play. I have many friends at Salmon River and they got me into fall field and box lacrosse on the Akwesasne reservation and in Canada. Playing with them I really learned how lacrosse is played and was taught different skills. My dog at the time loved lacrosse balls and was extremely fast at getting them when they hit the ground. I learned to scoop up the ball before she could get to them and it made me faster than my friends.”

Q: What’s your favorite moment as an athlete in that sport?

A: “My favorite moment was when I was in Hamilton, Ontario, playing in a box lacrosse tournament. Box lacrosse is very physical, aggressive and fast-paced. I took out two players right off the start, then scored. Then I hit a guy so hard they thought I broke his elbow and I was ejected from the game. The parents of the other team were furious and the refs and my coaches had to escort me off the floor and into the locker room and then I had to be guarded from the parents. I learned after the game this is a common occurence at the games. The parents can get very rowdy and sometimes they fight amongst themselves.”

Q: What is your favorite sports moment as a fan?

A: “My favorite moment is more than one, but many. Our school is small but we all support each other at all events. My brother was in his senior year of basketball and at a home game he needed five points to reach 1,000. The last time this had happened was in 1997. The gym was packed, college kids came home for the game, the hockey team was there, heck the whole town was there. When he made the points everyone went wild. I was very proud of him. Another great moment was in 2017 when our varsity lacrosse team won the Section 10 game against Salmon River. It was such an intense game and was definitely a hard work and determination pay off moment.”

A: “An athlete I look up to is Cody Kilcoyne, a St. Lawrence Central athlete that took me under his wing and taught me lacrosse. He grew up playing with the Akwesasne teams and the Thompson brothers and box lacrosse. He encouraged me to try out for the same teams. He played college lacrosse, first at Clarkson, then Adrian and then to his goal, the University of Albany, to finish lacrosse on the same team as the Thompson brothers. My family and I would travel to many of his games, as his family is good friends with ours. He always took the time after a game to chat and laugh with us and always thanked us for coming. I hope one day I can make that kind of impression on a younger player, like he did for me.”

Q: What’s the best advice you’ve received from a coach, mentor or teammate in your sport?

A: “The best advice I have gotten from a lacrosse coach would be to always give my best, and when I think I can’t push anymore to believe in myself and keep pushing.”