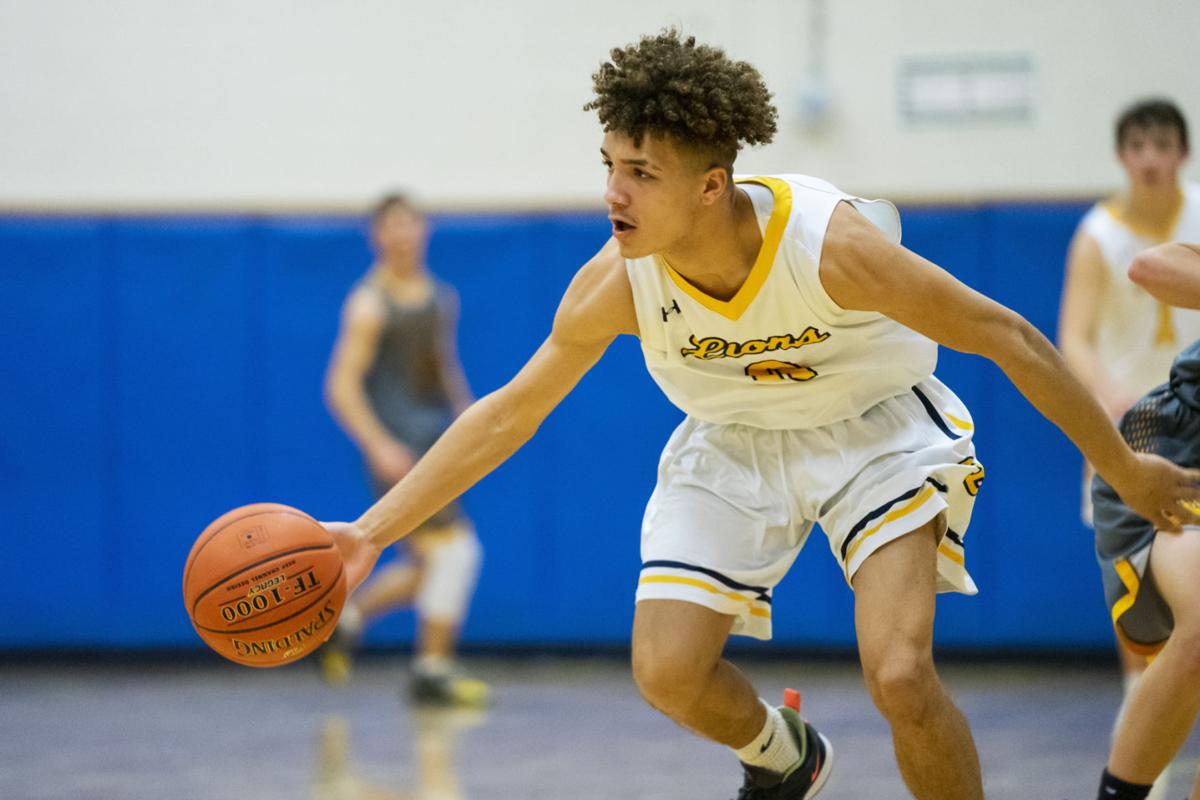 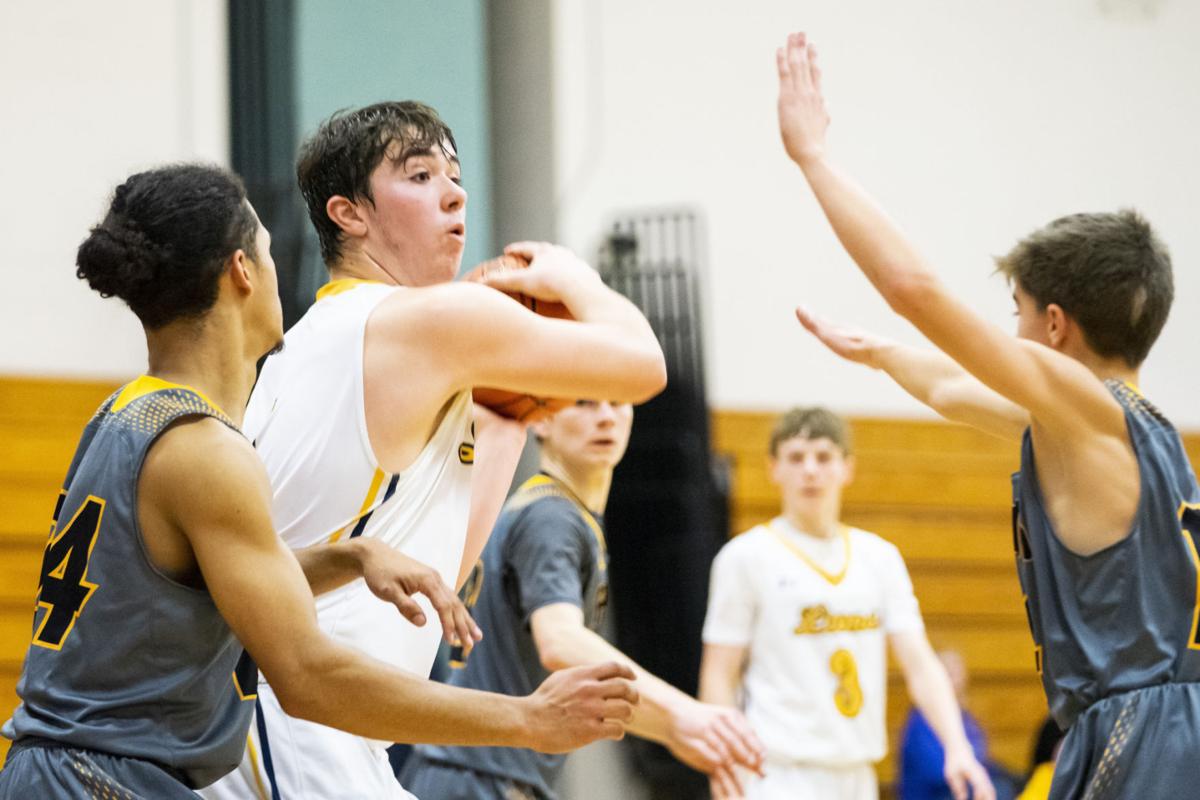 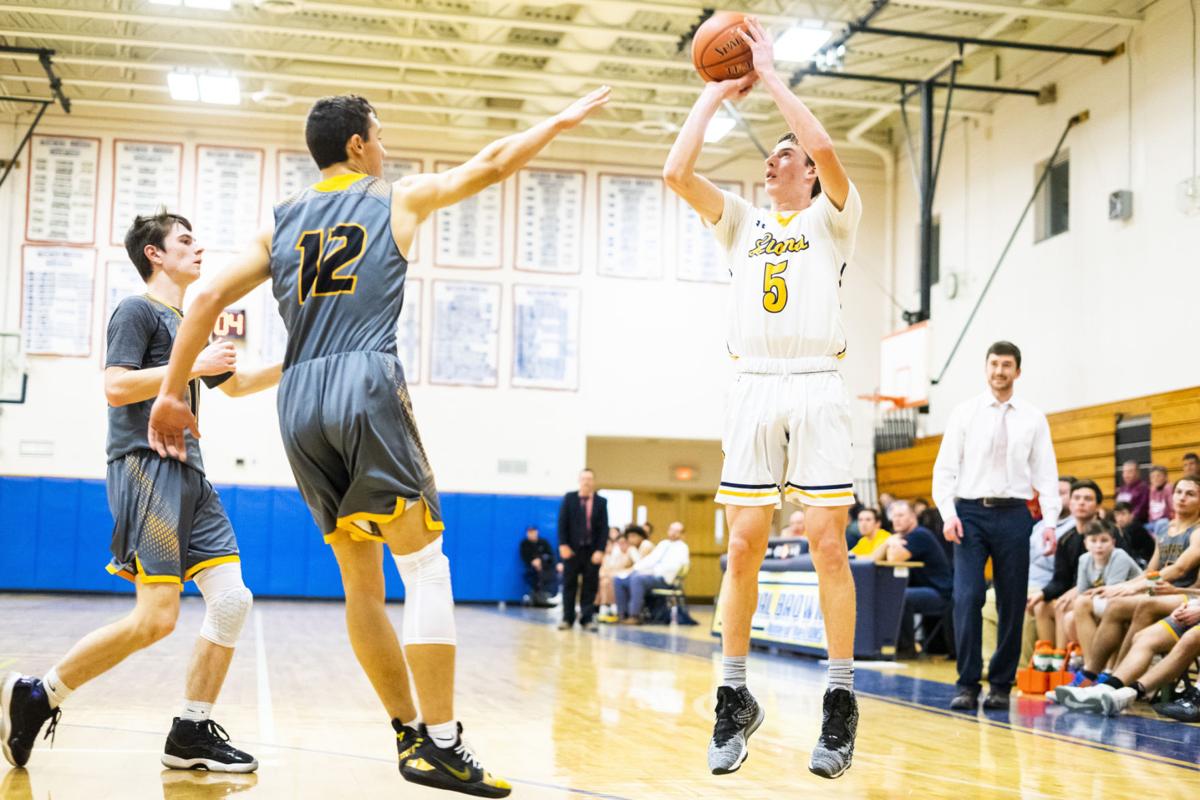 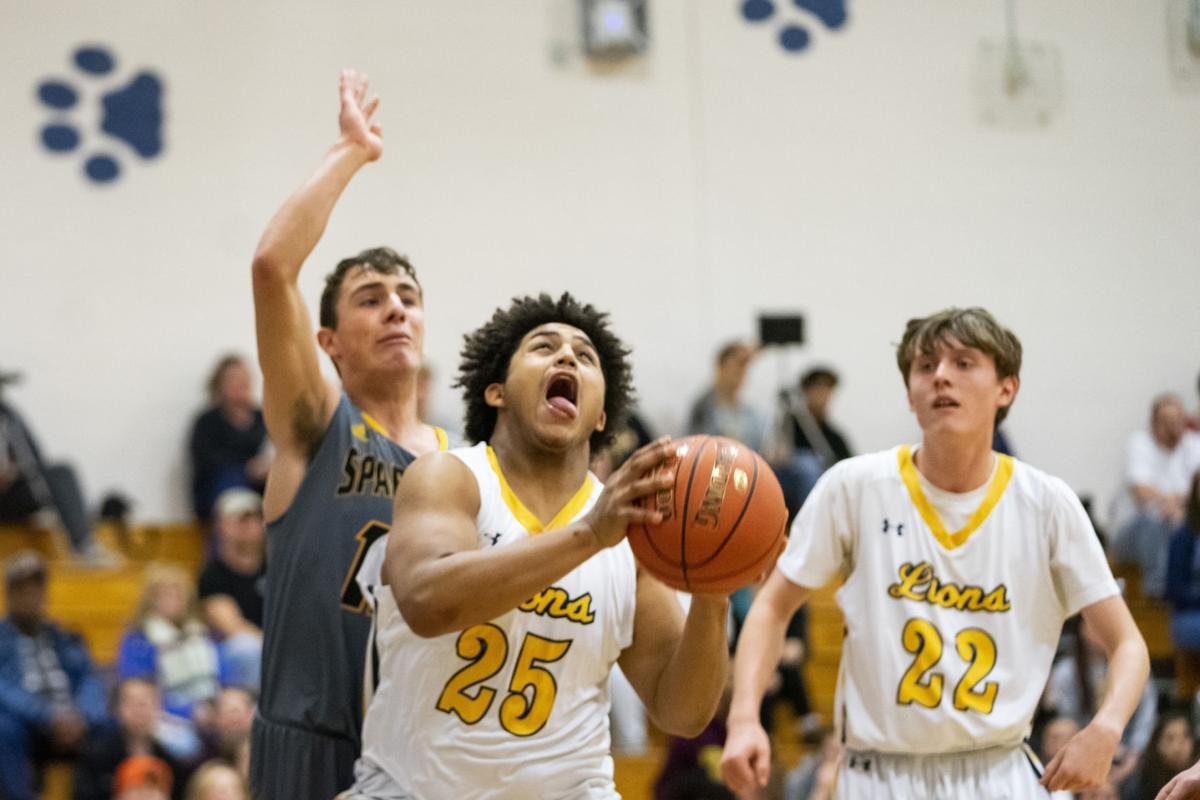 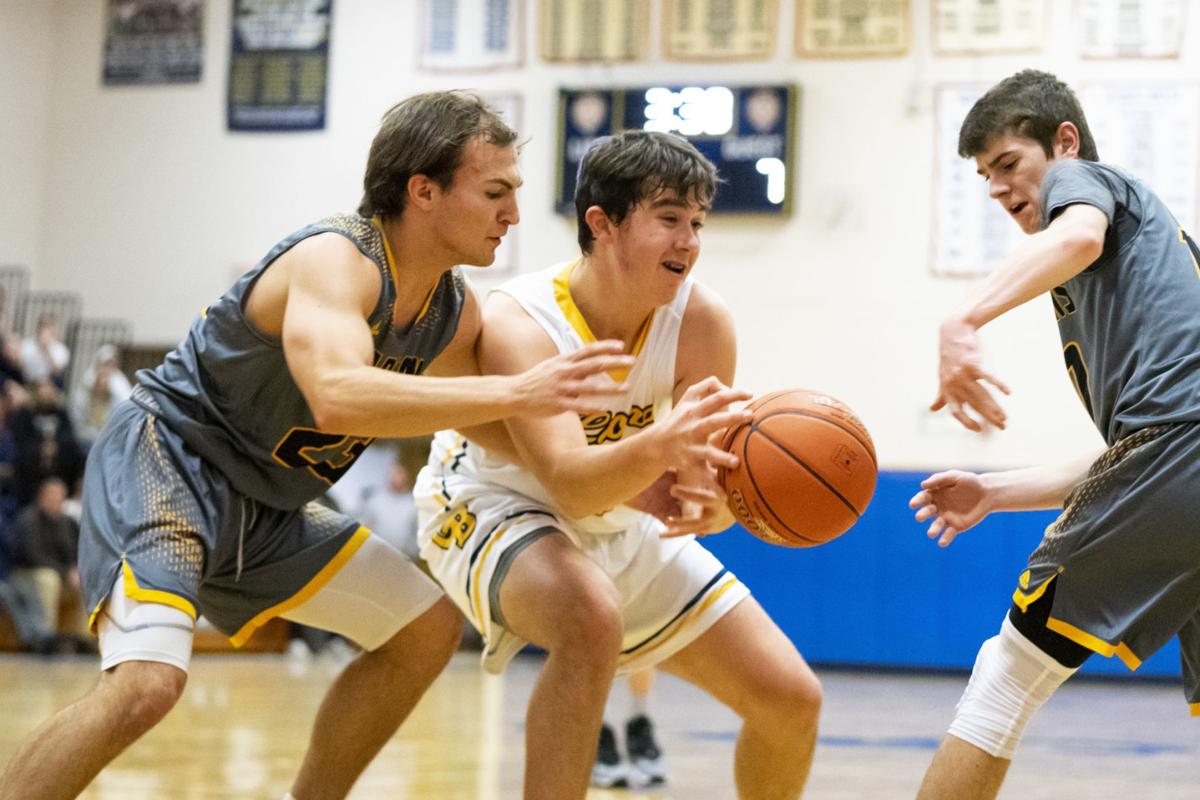 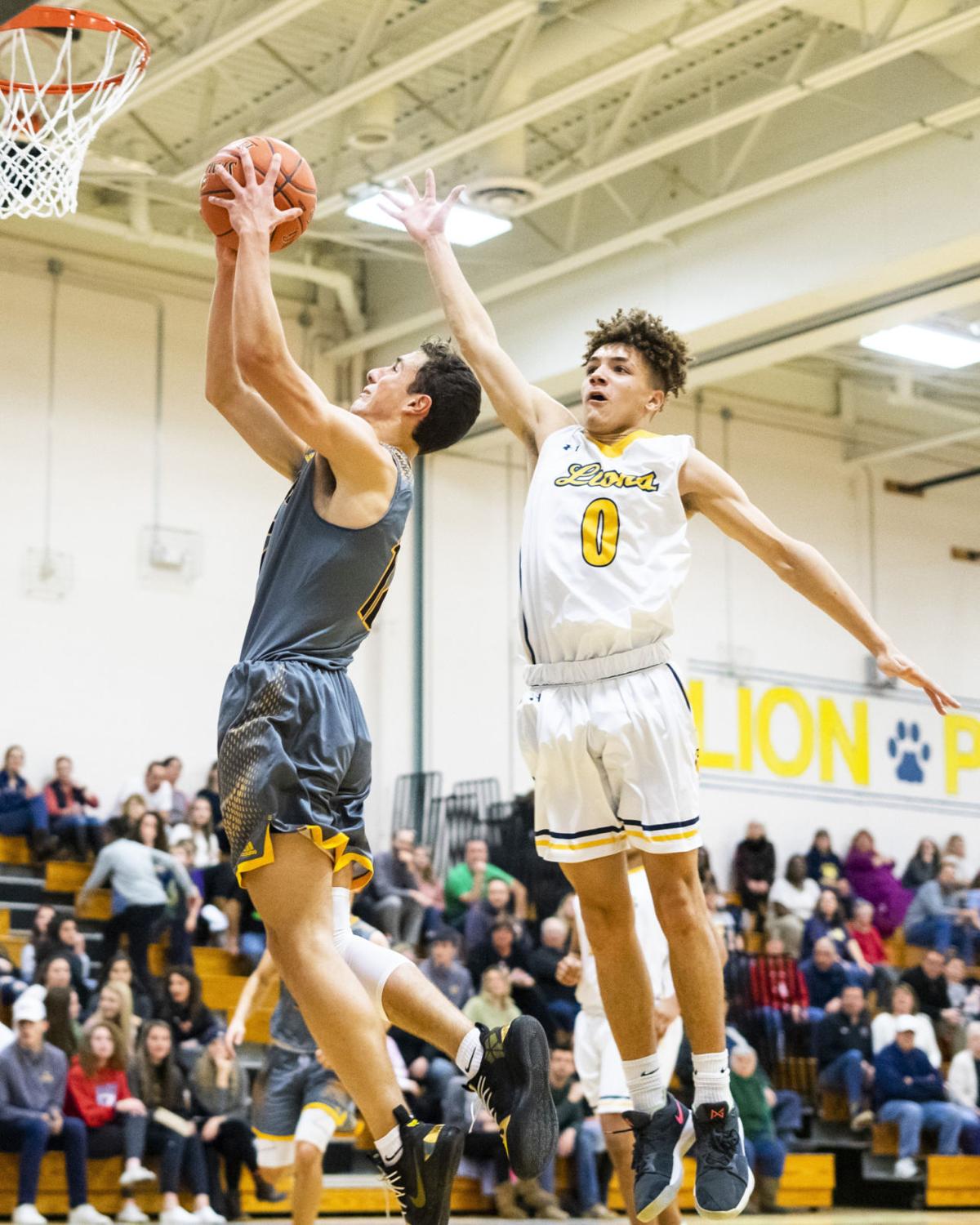 South Jefferson’s Tyler Stevenson soars through the air to make a basket despite the attempts of General Brown’s De’Shaun Thorigal-Brown to block him on Friday. Julia Hopkins/Watertown Daily Times 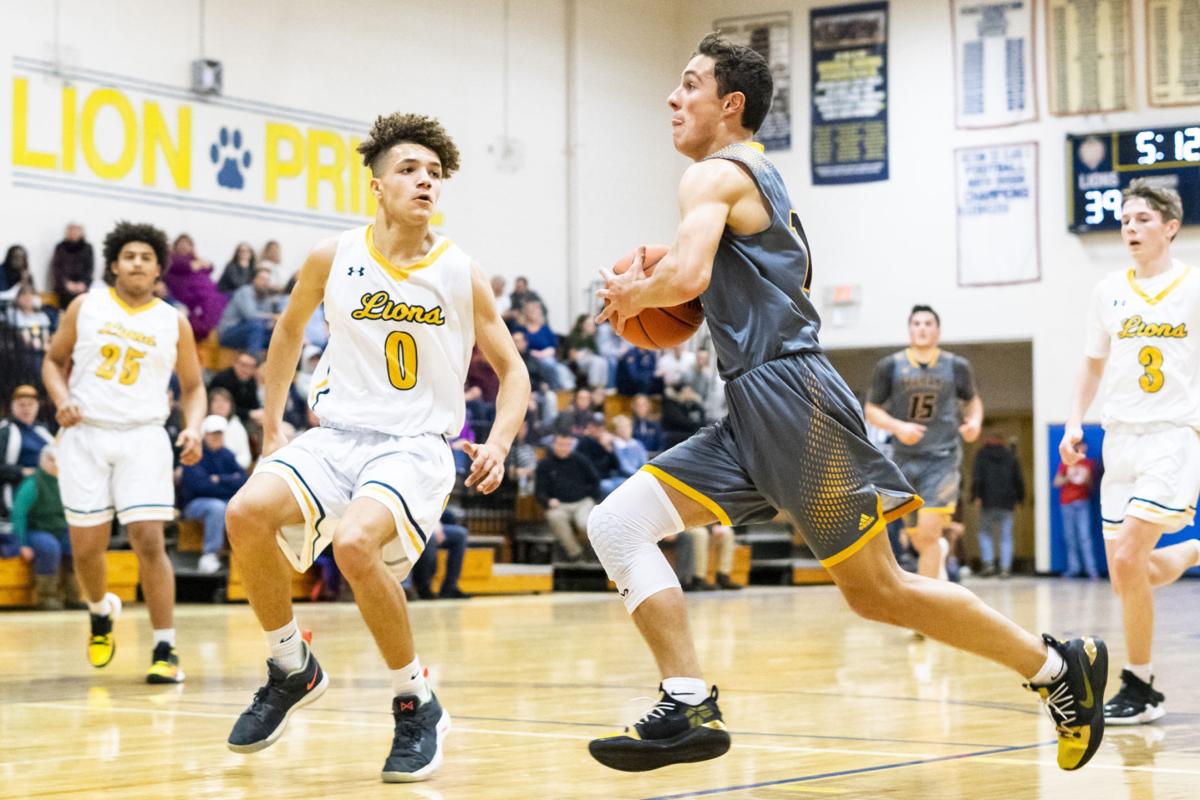 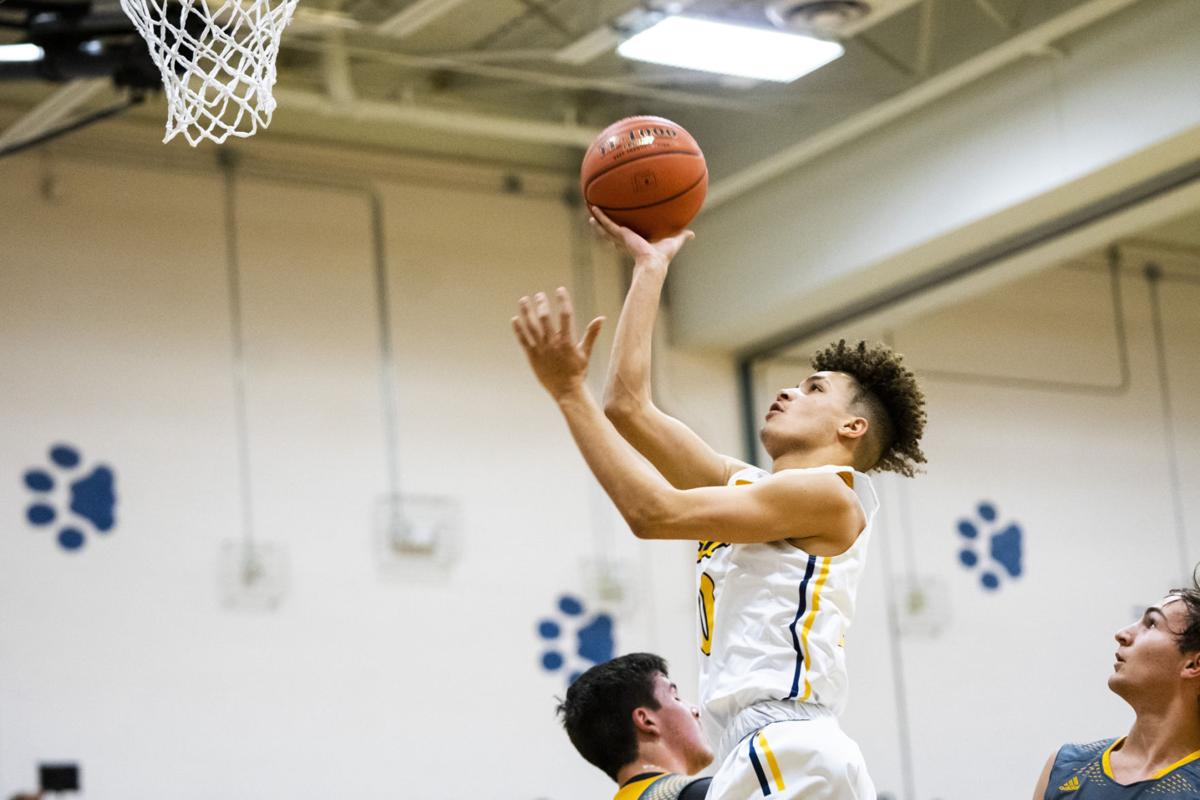 De’Shaun Thorigal-Brown soars through the air to make a basket for the Lions on Friday. Julia Hopkins/Watertown Daily Times 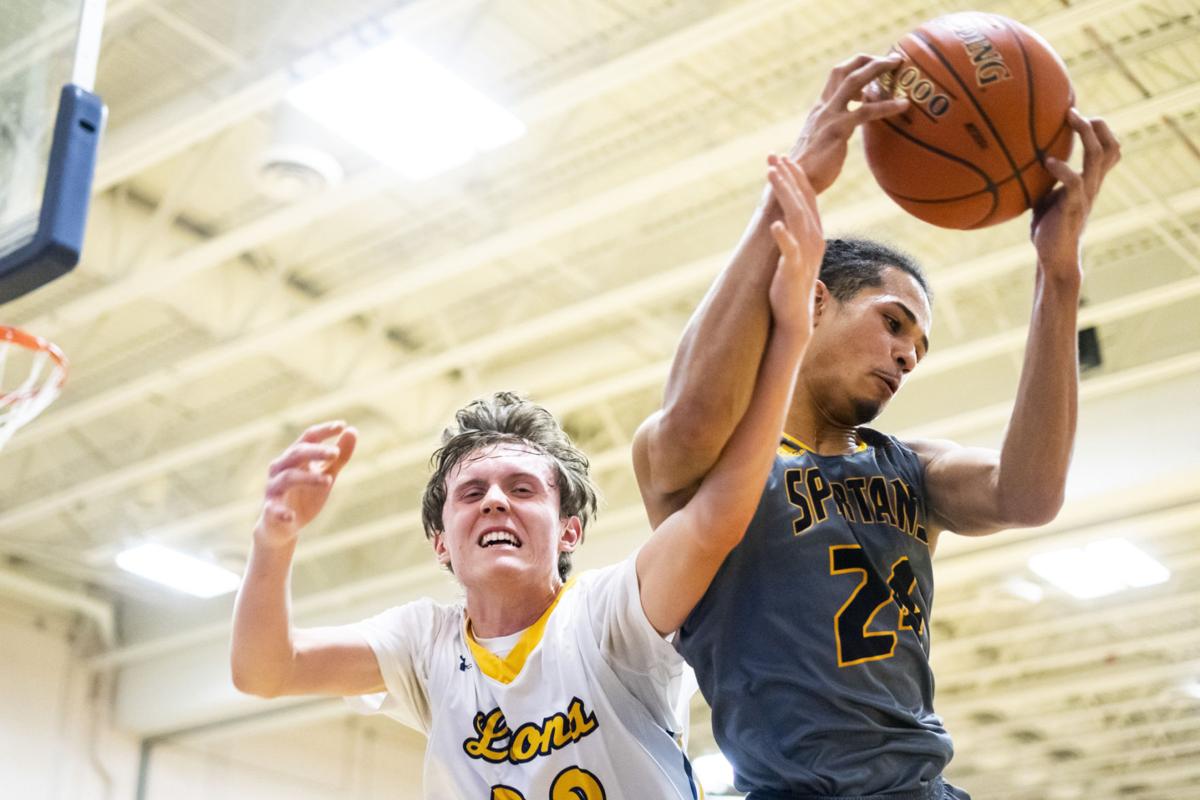 South Jefferson’s Jeff Messenger grabs the ball for a rebound despite Zach Miller’s efforts to block him on Friday in Dexter.

South Jefferson’s Tyler Stevenson soars through the air to make a basket despite the attempts of General Brown’s De’Shaun Thorigal-Brown to block him on Friday. Julia Hopkins/Watertown Daily Times

De’Shaun Thorigal-Brown soars through the air to make a basket for the Lions on Friday. Julia Hopkins/Watertown Daily Times

South Jefferson’s Jeff Messenger grabs the ball for a rebound despite Zach Miller’s efforts to block him on Friday in Dexter.

DEXTER — The General Brown boys basketball team is six games into the regular season and has finally gotten a complete feel for what it will be up against in the Frontier League “B” Division.

After losing to Lowville earlier in the week, the Lions defeated South Jefferson at home on Friday, 64-41.

Playing without Nick Lennox, who’s been out with a pulled hamstring that he suffered against Westhill, an already green General Brown team has had to figure out different paths to success.

After seeing very few minutes at varsity last season, Fiske has had to play crucial role on offense and defense. Against the Spartans (1-3, 1-2), he finished with 18 points while also picking up two steals, one of which resulted in layup and a drawn foul.

“The one big thing is that he goes from a position to where you only see a couple minutes of a game at most to now where he’s one of our primary threats,” General Brown coach Jim Covey said. “He has to do a lot, he has to handle the basketball, he has to be scrappy on defense, and he has to hit shots. And, truthfully, Tyler isn’t the tallest kid in world, but he plays much bigger than his 5-foot-10 size.”

Covey hopes to have Lennox back in the lineup in about two to three weeks but that could be optimistic. The Lions don’t want to rush him back too soon and play him with an increased chance of reinjury. With Lennox’s status questionable, Covey is preparing his team to be able to win difficult games without one of their best players.

“Right now, all of our preparations is based on who we have right now,” Covey said. “We want Nick as soon as possible, but we have to prepare for him to not be back in the lineup for a long time. Hopefully we’ll see him, at the very latest, by the end of the season.”

Offensively, General Brown (4-2, 3-1) flowed well against South Jefferson. After a 28- point third quarter effectively put the game out of reach for the Spartans, Covey rested some starters. Along with Fiske, De’Shaun Thorigal-Brown supplied 12 points, Nate Heller had 11 and Zach Miller 10.

They were effective from all parts of the floor. The Lions hit five 3-pointers while also being able to score along the baseline and in the paint.

After letting the Spartans score 19 points in the first quarter, General Brown tightened up on defense and allowed South Jefferson only 22 points the rest of the game. However, the Lions were constantly adjusting.

Occasionally the Lions began to play a three-quarters press a long with trapping shooters. The aggressive style forced a few turnovers that helped General Brown hold on to its lead while keeping South Jefferson from gaining momentum.

The General Brown players have learned more about their team this past week. “We can compete with Lowville and Westhill, but we didn’t play our best games,” Heller said.

Thorigal-Brown agreed with Heller, they both feel the Lions can compete with Lowville especially if they can get Lennox back.

“As long as we can stay high on the peaks and don’t have many valleys, if we keep rolling, we’ll be good,” Thorigal-Brown said.

Every Frontier League team is looking up at Lowville, the state’s second-ranked Class B team. The Lions will play the Red Raiders again in Dexter on Jan. 17.