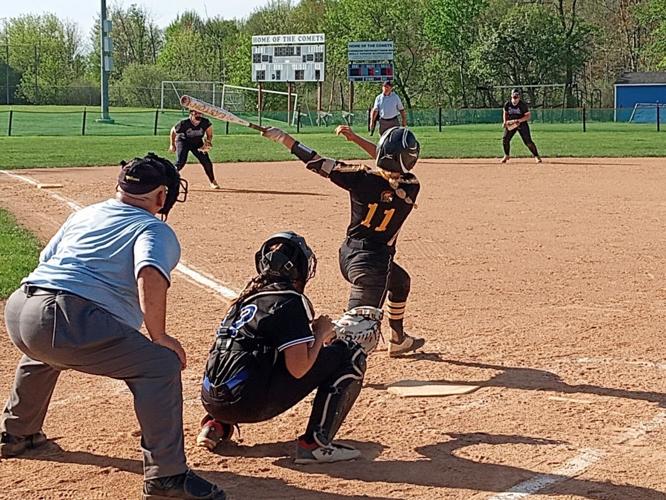 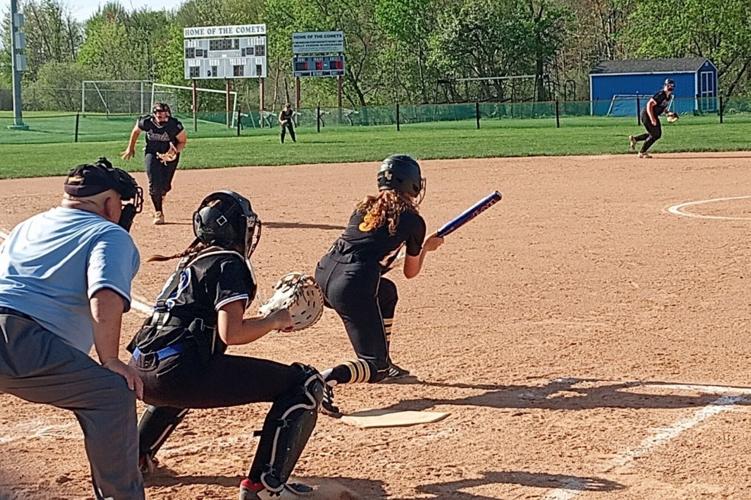 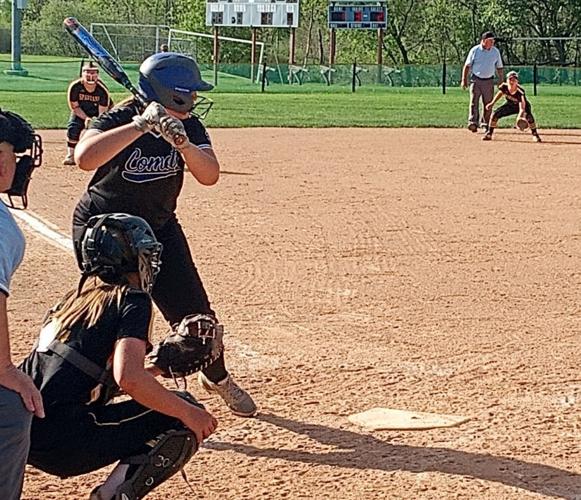 SANDY CREEK — The Sandy Creek softball team already has to complete one suspended game, but Scout Preston made sure her team wouldn’t have to deal with the thought of another.

The sophomore smacked a walk-off home run on the first pitch of the seventh inning to give Sandy Creek a hard-fought, 5-4 Frontier League crossover win against “B” Division champion South Jefferson on Friday afternoon.

“I normally don’t swing at the first pitch, actually,” Preston said. “The pitch was pretty perfect (to hit.)”

Sandy Creek and Thousand Islands have to complete their first meeting of the season that was tied at 10 after eight innings starting at 4:30 p.m. Monday. The two teams then meet in the regularly scheduled game shortly after completion of the first game, suspended by darkness last month at Sandy Creek.

Julia Hollister recorded a pair of RBIs and Kendall Darling picked up the complete-game victory for the Comets. Alayna Bush cracked a two-home run and doubled for the Spartans (12-4, 10-2).

The win feels especially good for Darling, who is Bush’s cousin, because she can score family bragging rights. Both programs have been solid for the past decade and often compete with and against each other in the summer.

The Comets got a run in the bottom of the first before Bush crushed a two-run homer over the left-field fence to give the Spartans a 2-1 lead after three innings. The South Jeff shortstop, who has committed to play next spring at Division II Le Moyne College, has always been a tough out for Sandy Creek.

“I give her credit on that home run because I don’t know how she hit it,” Darling said.

The Comets quickly tied it up in the bottom half of the inning before Hollister put them back on top, 3-2. The Spartans rallied with two outs in the sixth to push across two runs thanks to Hannah Morrill’s single. However, Hollister again tied the game with a run-scoring single to knot the game at 4-4 after six innings.

“She’s just so clutch at the plate,” Comets coach Katie Soluri said. “She has a great mentality and knew what pitch she’s looking for.”

South Jeff had a chance to retake the lead after Bush doubled and took advantage of an uncovered third base. However, Darling got Bryanna Moroughan to pop out to second base. Any fears about the game going to extra innings were immediately put to rest when Preston drove the first pitch from pitcher Emma Schaefer over the center-field fence to end the game.

“The last thing we wanted was to go back out there for another inning,” Darling said. “We can’t have this again because it’s too hot.”

Next week will be critical in terms of who wins the “C” Division title and preparation for the upcoming Section 3 tournament. Sandy Creek and Thousand Islands are battling against Port Byron and Cooperstown to be one of the top seeds in the bracket.

South Jeff would have loved to have improved its seeding ahead of the Class B tournament, but the losses to Thousand Islands and Sandy Creek will impact that. Spartans coach Steve Randall knows the team has work to do.

“Those losses put us in a bad spot, but the ‘Bs’ have been pretty much set for a while,” Randall said.