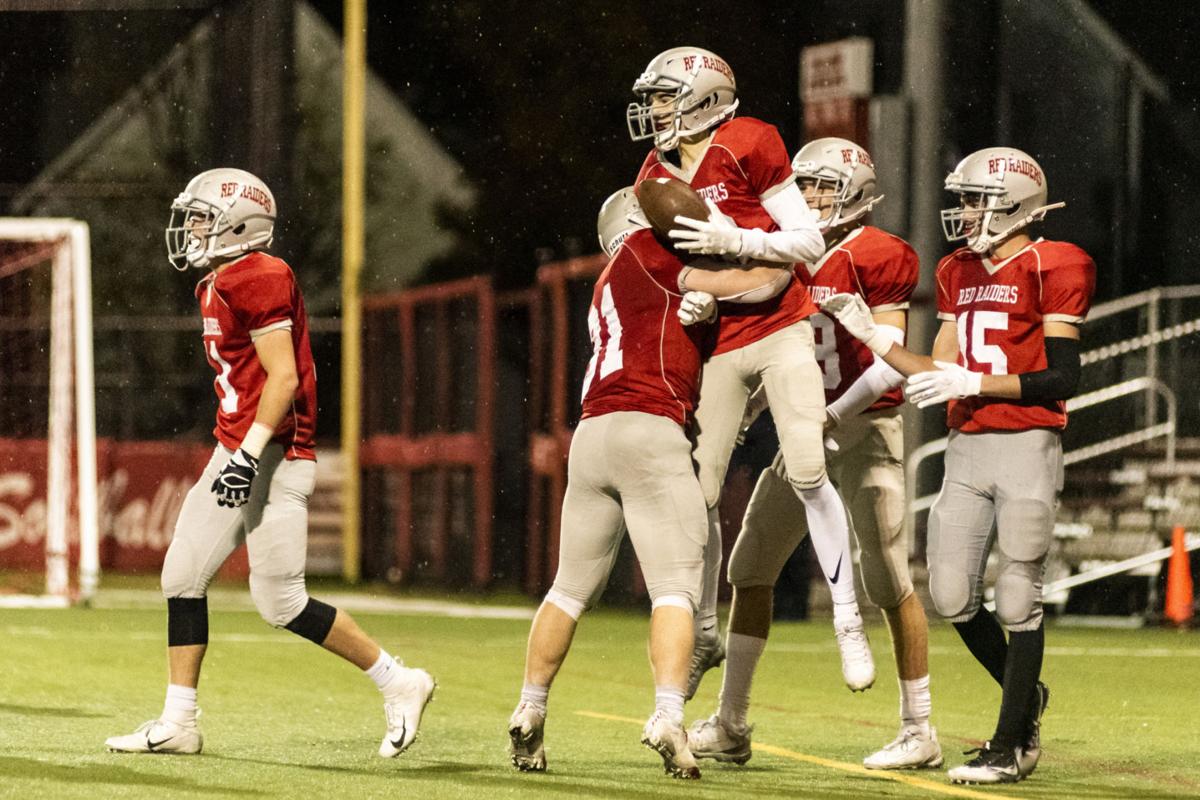 The Lowville Red Raiders celebrate after a touchdown against Skaneateles on Friday night in Lowville. Julia Hopkins/Watertown Daily Times 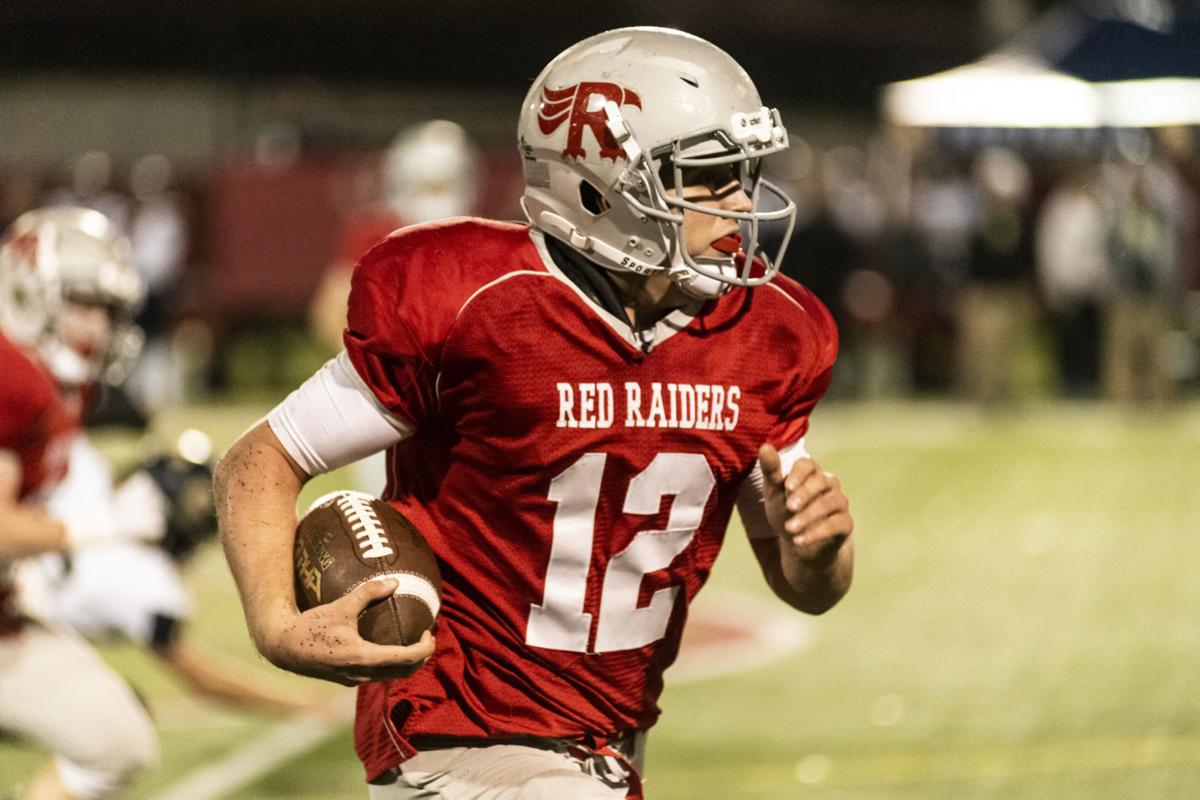 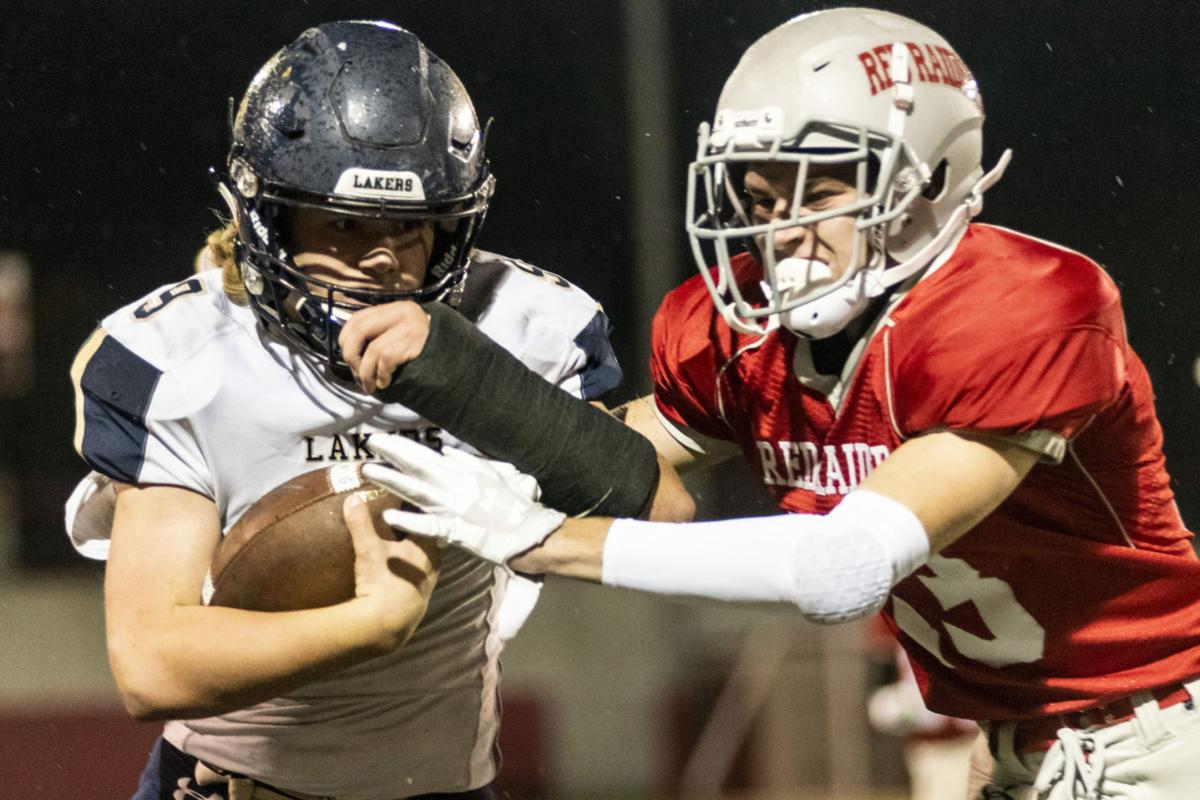 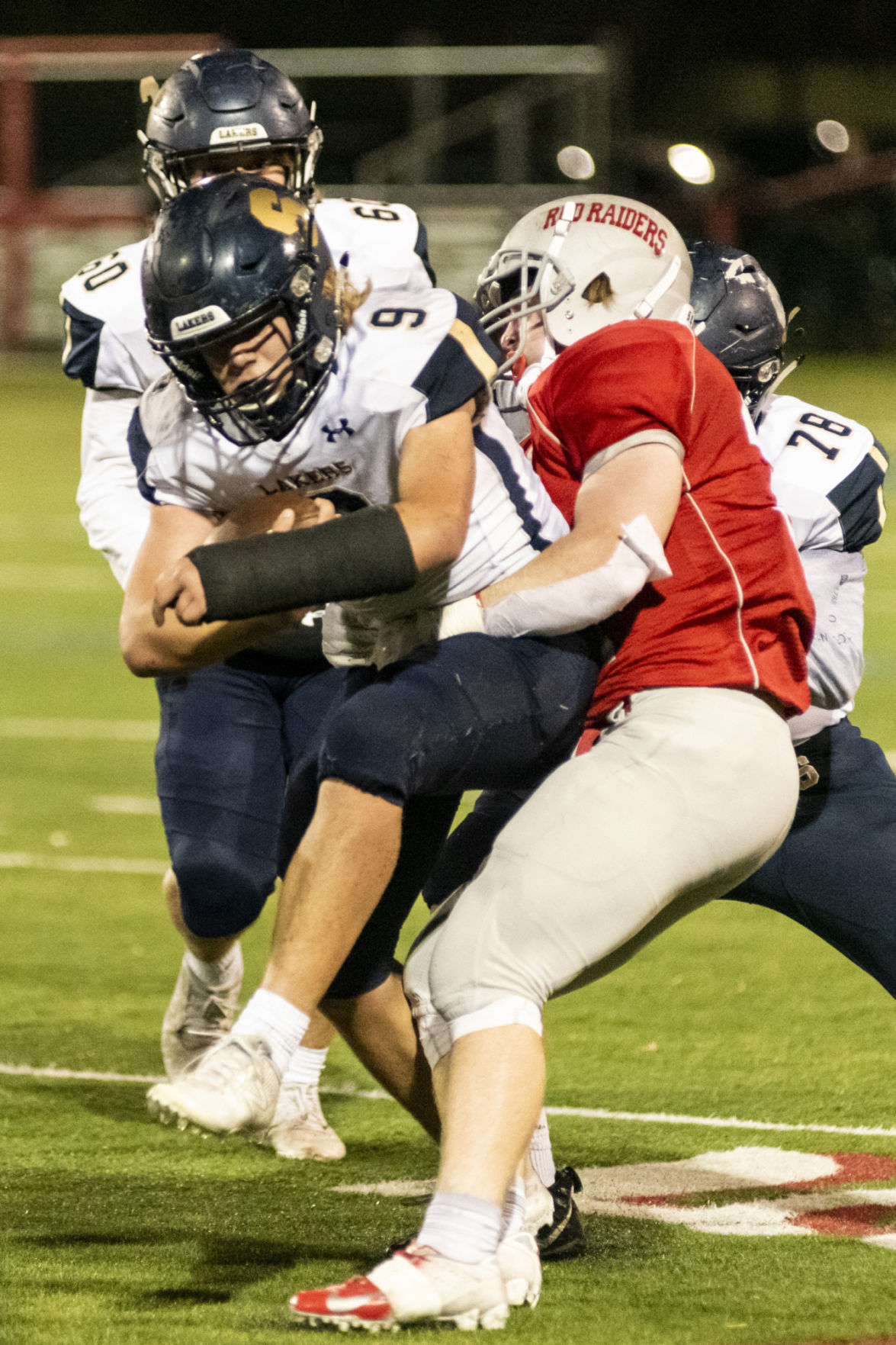 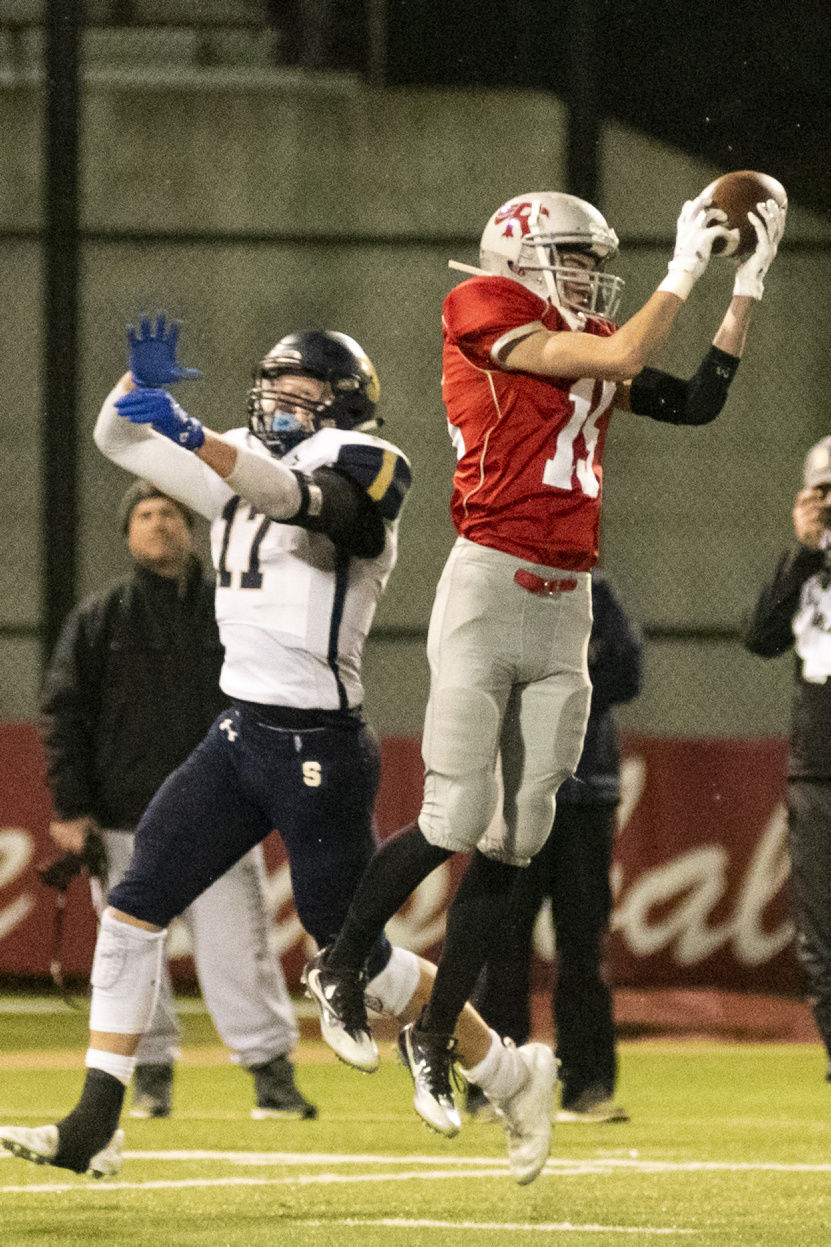 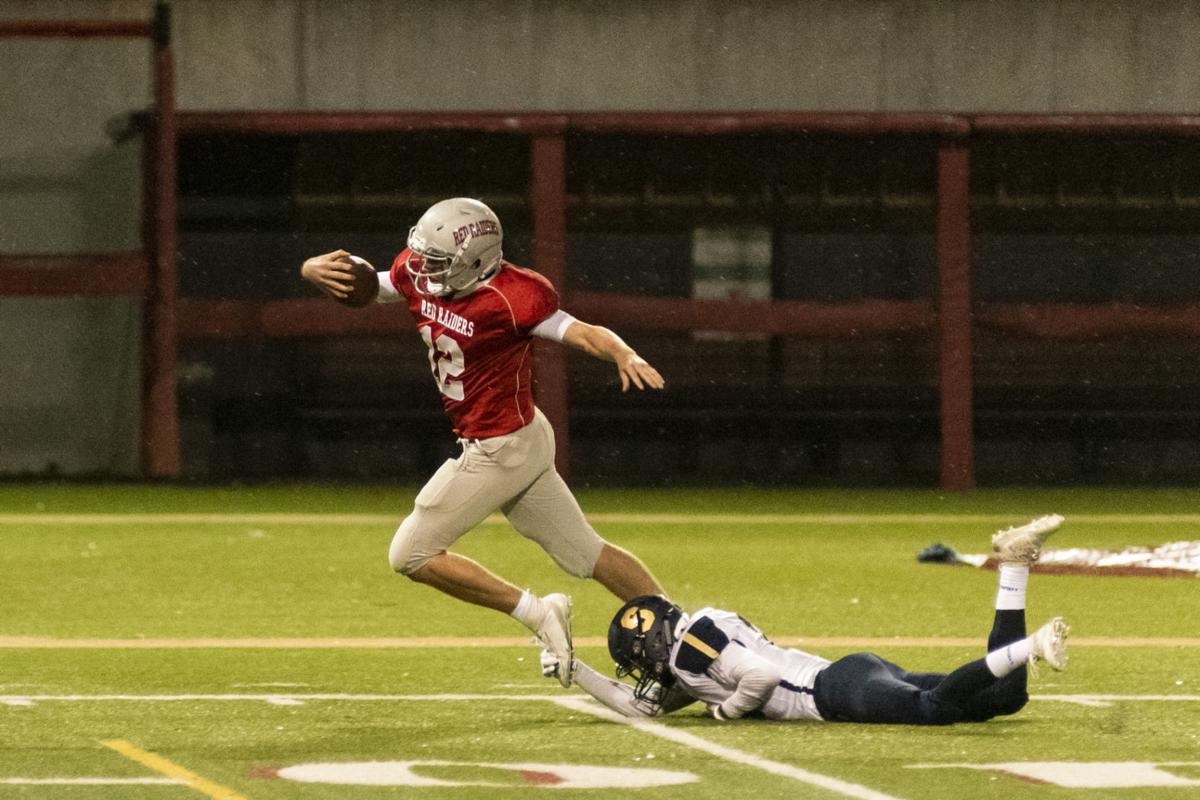 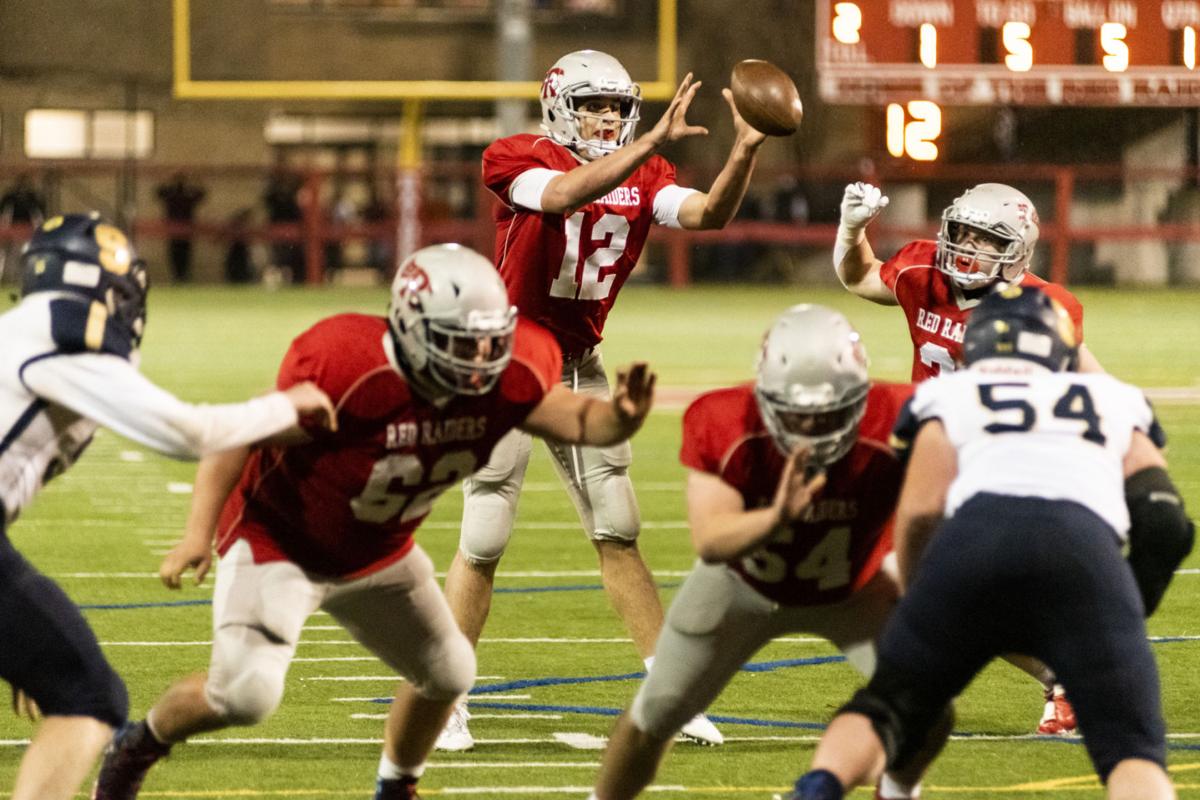 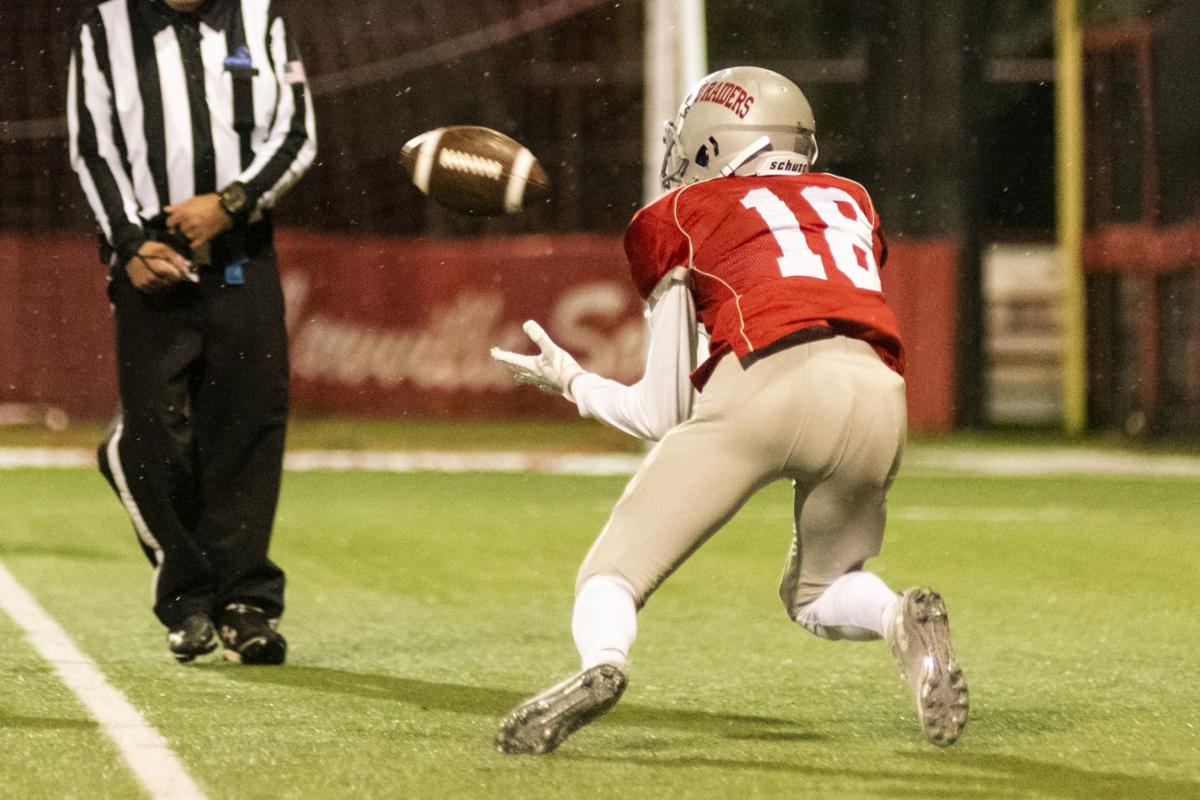 Lowville’s Colton Friedersdorf catches a pass in the end zone to score a touchdown against Skaneateles on Friday night in Lowville. Julia Hopkins/Watertown Daily Times 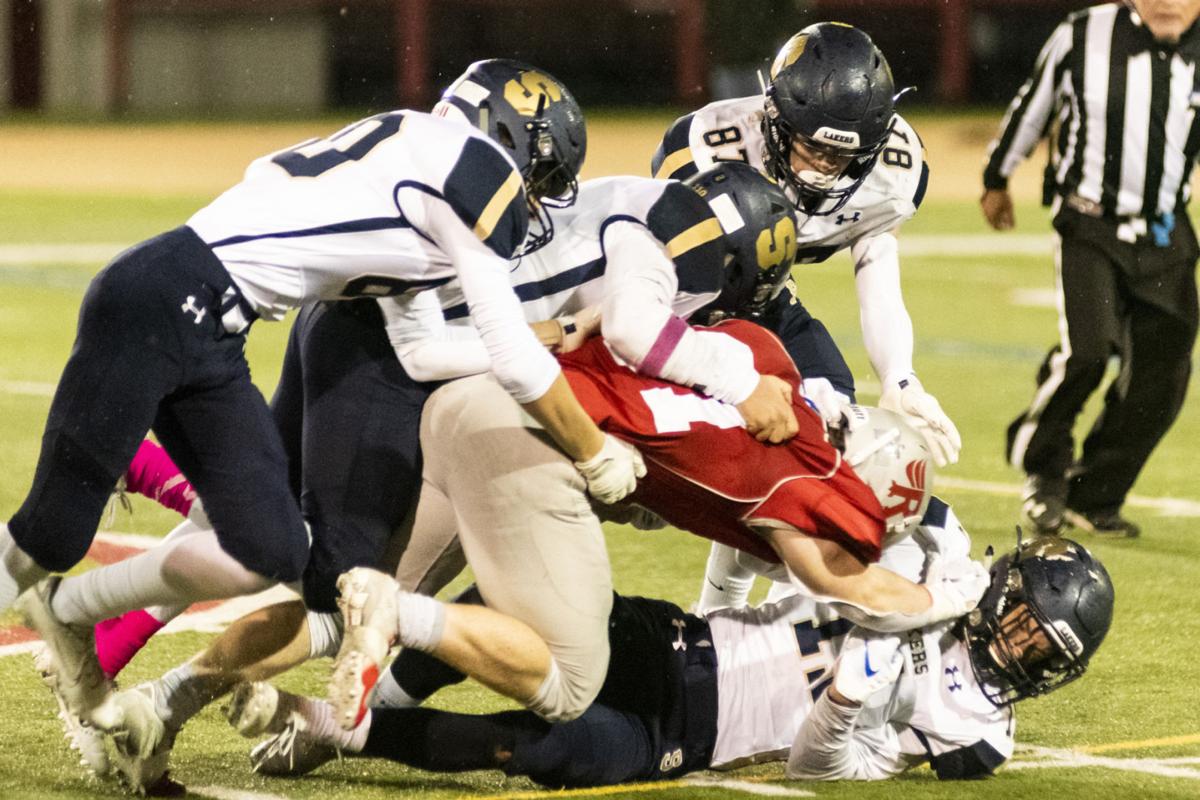 The Lowville Red Raiders celebrate after a touchdown against Skaneateles on Friday night in Lowville. Julia Hopkins/Watertown Daily Times

Lowville’s Colton Friedersdorf catches a pass in the end zone to score a touchdown against Skaneateles on Friday night in Lowville. Julia Hopkins/Watertown Daily Times

LOWVILLE — As Colton Friedersdorf crossed the goal line after intercepting James Musso’s pass, he flashed a peace sign to the dejected Skaneateles offense.

There was still four minutes left in the first half, but the touchdown had put Lowville up by 31 points and the scoring would be far from over. While Friedersdorf’s gesture was a celebration of a pick-six, it symbolized the seemingly inevitable ending: a 58-26 blowout win over the Lakers in the Section 3 Class C quarterfinals.

The score and the move, one that Friedersdorf admitted was premeditated, shifted the momentum in a way that wouldn’t shift back.

“After having three turnovers, three interceptions in the first half, I think that knocked them down a lot,” Friedersdorf said. “Especially since their passing game was so strong, I think we got in their heads a little bit and just finished them.”

The Red Raiders’ offense continued to bolster its lead — quarterback Chad Bach carved up the Skaneateles defense scoring six total touchdowns, five with his legs. It wasn’t until the second-to-last drive of the game that Skaneateles (5-3 overall) prevented Lowville (8-0) from scoring any points.

This continued to put pressure on a Lakers offense that couldn’t seem to find a way around the Red Raiders’ defense. But that wasn’t for a lack of talent, Musso along with receivers Nick Wamp, Cody Nesbitt and Colin Cox have been some of most dangerous offensive weapons in the section all season.

The Lowville secondary, anchored by Gavin Macaulay, knew the talented wide receiver core was going to get its catches, but Lowville’s goal was to keep the gains short.

“Going into the week, we did a lot of preparation on their passing game, we did seven on seven just about every day and we knew what kind of talent they had especially with Wamp,” Macaulay said. “We knew they were going to get theirs, but we were trying not to give up the huge plays and try to crush their spirits. If they wanted to get the little short ones, that’s fine. We didn’t trust, especially in this weather, that they could do that all the way down the field.”

A steady rain fell onto the turf at Lowville for the majority of the game.

Skaneateles wasn’t completely shut down, they used the weapons previously mentioned to move the ball up the field. However, many of their promising drives were cut short. Lowville made multiple fourth-down stops in Skaneateles territory and even within the 25-yard line.

“You don’t have to worry about the big play when you have your end zone behind you,” Lowville coach Josh Coffman said. “So, it makes it a little bit easier in that game plan, the D-backs can press forward a little bit, we can tighten up on the outs and the things like that. And they run a lot of different crossing routes on the outside, and I felt like we did have pretty good alignments outs there.”

“That was a big part of it,” he said. “We knew that they had a lot of weapons and could score quick, so we had to get on them early and get them down.”