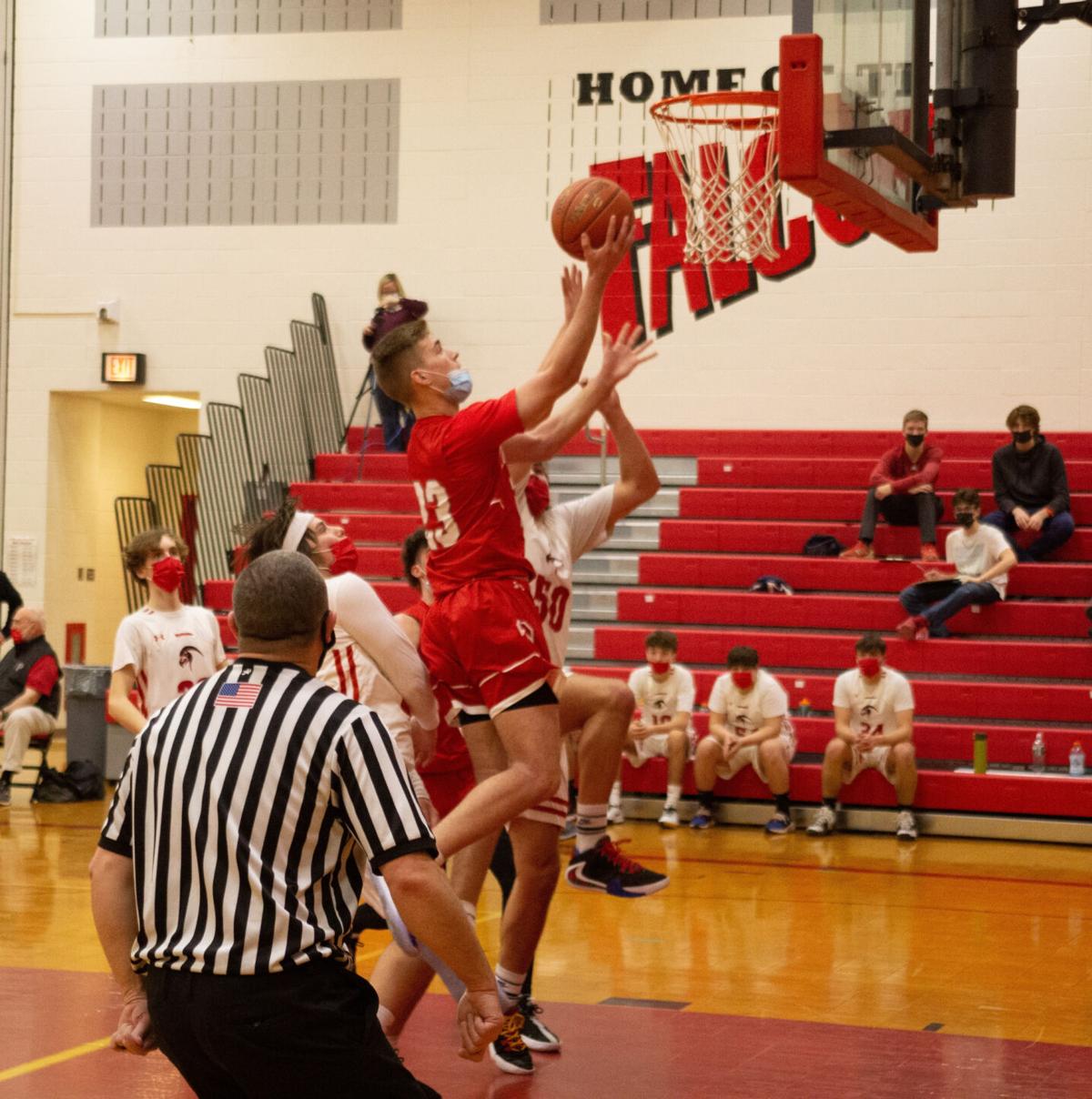 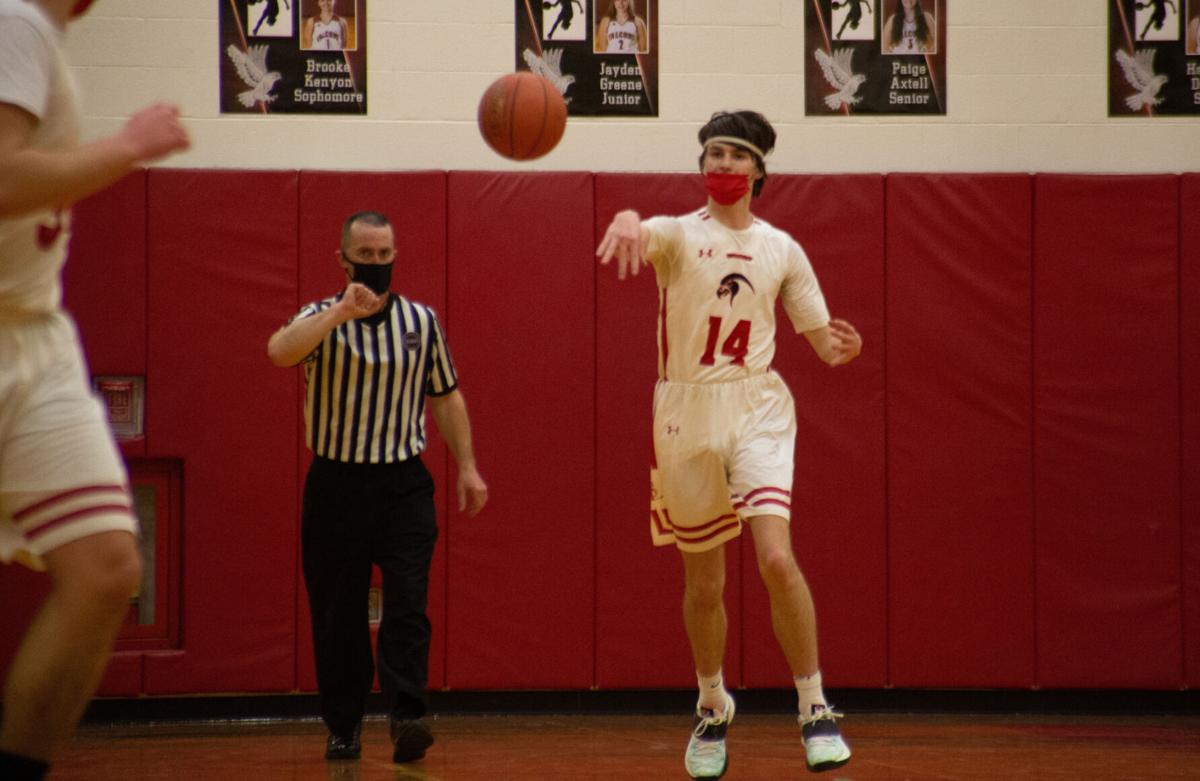 Ian Anderson of South Lewis rockets a pass up the court in the Falcons’ 82-48 loss to Lowville at home. Philip Sanzo/Watertown Daily Times 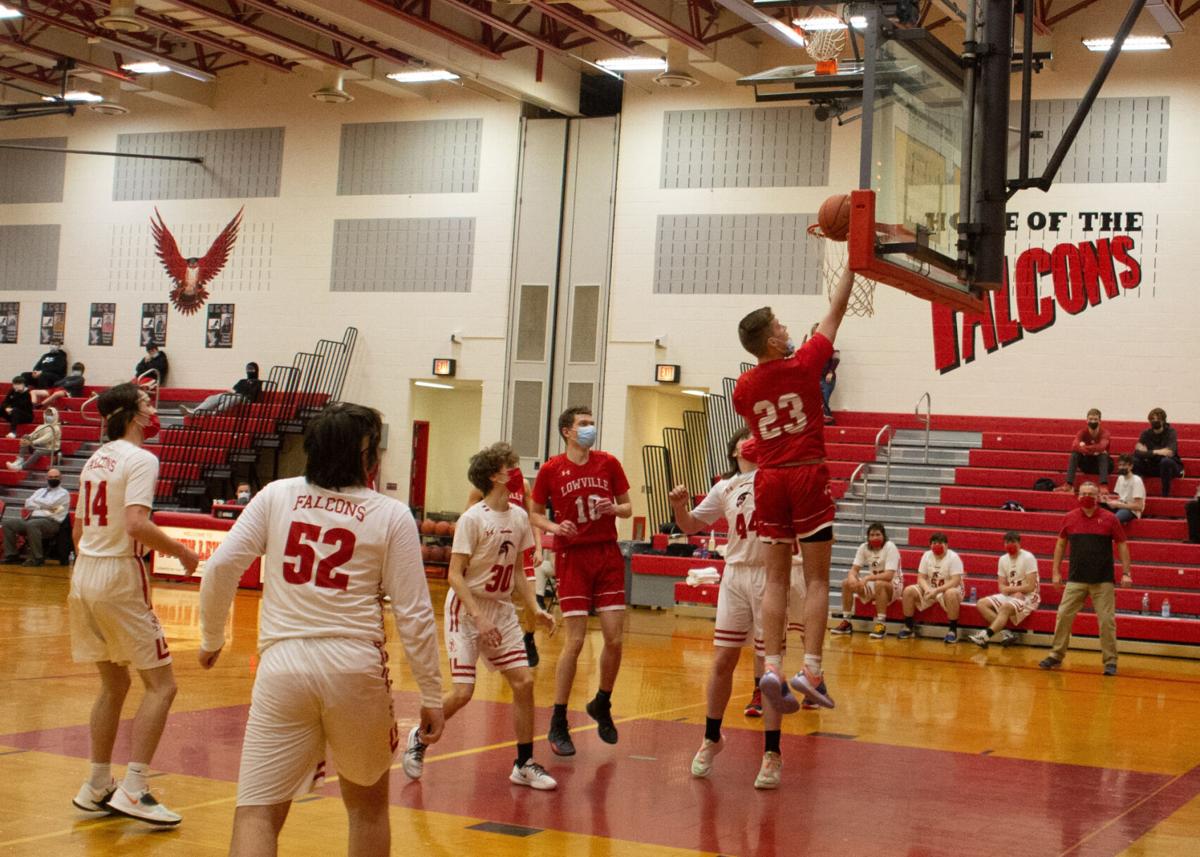 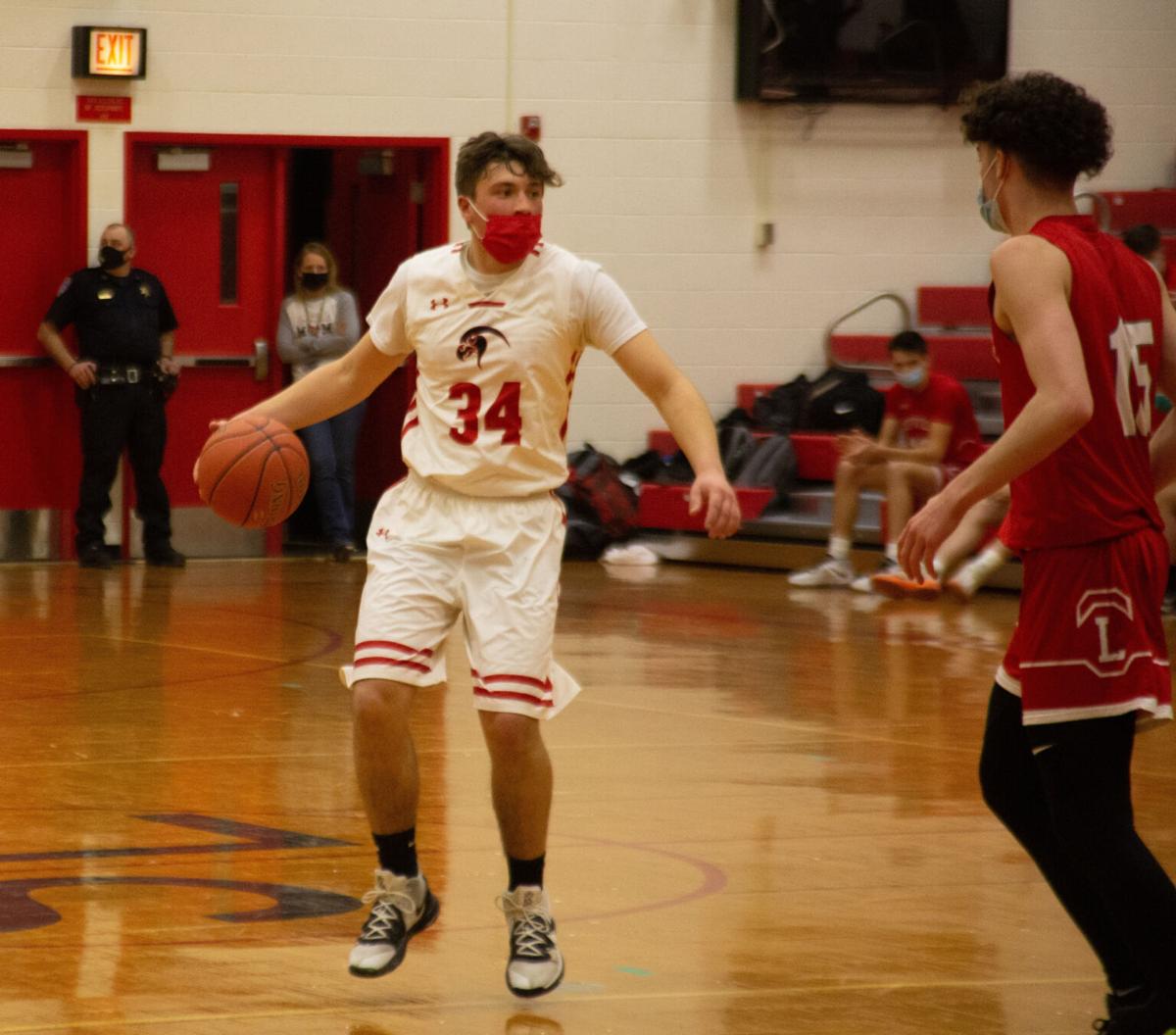 Cody Spann of South Lewis dribbles to ball as he looks for an opening in in the Falcons’ 82-48 loss to Lowville at home. Philip Sanzo/Watertown Daily Times

Ian Anderson of South Lewis rockets a pass up the court in the Falcons’ 82-48 loss to Lowville at home. Philip Sanzo/Watertown Daily Times

Cody Spann of South Lewis dribbles to ball as he looks for an opening in in the Falcons’ 82-48 loss to Lowville at home. Philip Sanzo/Watertown Daily Times

About an hour prior, he became the schools’ all-time leading scorer for boys basketball, a special achievement that perfectly caps off a remarkable high school basketball career.

Again, Macaulay didn’t know what to say. But not because he was speechless or in awe of the accomplishment, but because he forgot.

“Oh, man, that’s dope, I actually did really forget about that,” Macaulay said. “I knew I was really close so I was just figuring I would get it at some point, so I wasn’t really worried about it.”

The moment came in the second quarter, a routine fast break layup finished with his right hand. He finished with 16 points in the game, bringing his career total to 1,087.

That number will go up with the Red Raiders (4-0) having four more games left in the season. When those games are done, it will just be another accolade to his Lowville basketball legacy.

“Honestly,” Macaulay said. “I’m hoping people will see my name in some sort of record book and think, ‘He was one of the kids that helped change Lowville basketball, he was one of the kids helped change the culture of Lowville and made a winning program out of Lowville Academy.’ Honestly, more than anything that’s what I’m looking forward to, somebody looking at my name and say, ‘He scored all of these points, but he was a really good teammate too, and was a really good leader.’”

He expected his parents to be hyped about the accomplishments and was looking forward to sharing that moment with them when the bus returned to Lowville.

His twin brother, Gavin, viewed the accomplishment as a testament to his hardwork.

“It’s a testament to hardwork and how much basketball we played,” Gavin Macaulay said. “I’m really happy for him, and I feel like it’s well deserved for sure.

“Everyone that is coming up and will play basketball at our school is going to know the precedent that we set,” Gavin Macaulay added. “Especially him, here and now, you look at our school’s history and that’s going to be there forever, or until someone comes along and breaks it.”

Macaulay passed Brian O’Connor, a 2016 Lowville grad who set the record at 1,075. O’Connor had some fun with Macaulay’s accomplishment on Twitter, saying, “I’m offended … but very proud! Congrats Aidan!”

O’Connor didn’t expect his record to stand for very long, recalling a game of 1-on-1 he once played against Macaulay.

“Playing 1-on-1 my senior year against Aidan as a sixth -grader and getting beat … I knew this day would be coming,” O’Connor tweeted.

Coach Zach Shambo was in his first year as Lowville varsity coach when O’Connor set the record in 2016. Five years later, he seeing another one of his players reset that mark.

“I’ve been super fortunate to be able to coach a lot of great kids and a lot of great scorers,” Shambo said. “It’s a pretty big moment when Brian did (O’Connor was the first Lowville boys basketball player to score 1,000 points), now Aidan too. It is special, it’s special hit that milestone, and the best part for us is that it’s never been his goal to do that. Our goal as always been to win a sectional championship, that’s always the goal.”

The accomplishment didn’t take any time away from the game, after the timeout that began immediately after the record-breaking bucket ended, Lowville went right back to battling South Lewis (2-2).

The Falcons, looking much improved from past teams, played physical early and as a result played Lowville close for a quarter and a half. But eventually Lowville’s press got the better of South Lewis, allowing the Red Raiders to grow a healthy lead.

“We had a lot of confidence going into the game,” South Lewis’ Ian Anderson said. “We thought we could beat them. Toward later in the game, we stopped breaking the press. That’s about it.”

Going up against Lowville, the Falcons were naturally hyped. They’ve proven to be a strong team this year and showed it early.

“I thought we could have made run in sectionals,” Anderson said. “We’ve had a pretty good season (so far), we’re above .500, we haven’t been above .500 in a few years. That would have been nice.”

Anderson finished with 13 points while Marshall Dorrity and Parker Kristoff each had nine.

Nate Schmidt collected 26 points as the Pirates beat the Golden Knights in Harrisville.

Will Taylor logged 16 points, including five 3-pointers, for Harrisville (3-1).

Nolan Baker scored 18 points as Sackets Harbor beat Carthage for the second time in a week in a nonleague game in Sackets Harbor.

Noah Comet won the 500 freestyle and Samuel Gillette took first in the 100 breaststroke for Lowville (0-4).

Jason Badalato and Dylan Christman each won two individual events and teamed up on a pair of first-place relays in the Comets’ “A” Division win over the Warriors in a virtual meet Thursday.

Badalato picked up wins in the 100 butterfly and 200 freestyle and Christman swept the sprint events of the 50 and 100 freestyle for Carthage (3-1). The pair were part of the Comets victorious 200 and 400 freestyle relays for the Comets.