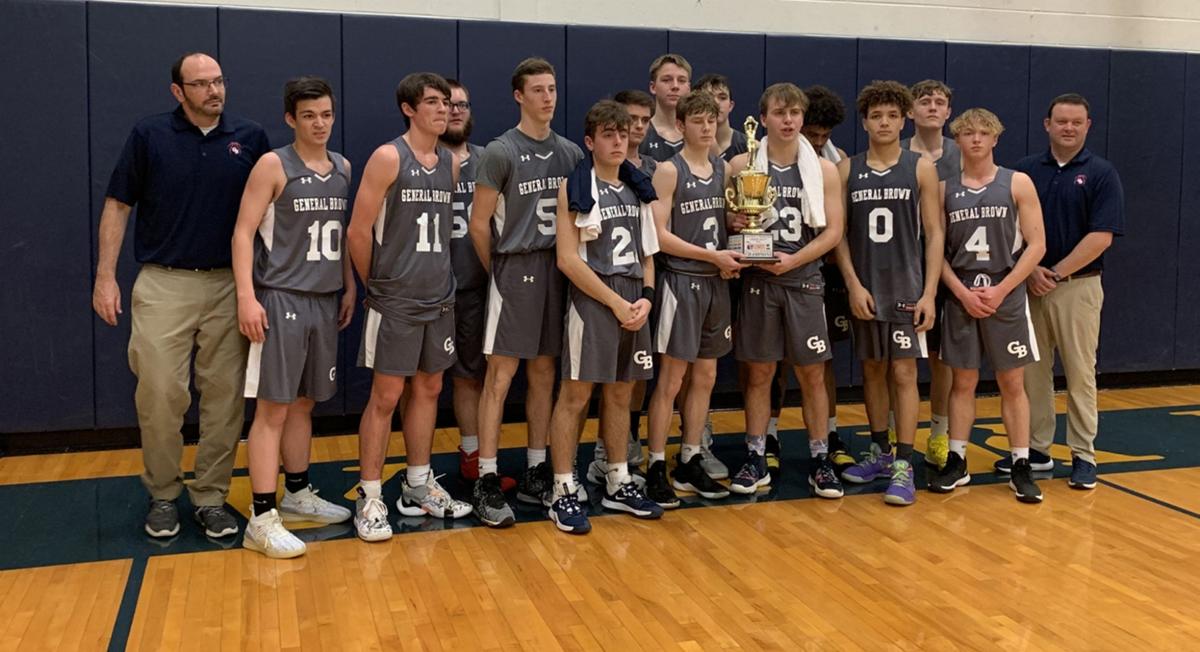 The General Brown boys basketball team poses with their trophy during the annual Coaches vs. Cancer game at Thousand Islands on Saturday in Clayton. Philip Sanzo/Watertown Daily Times 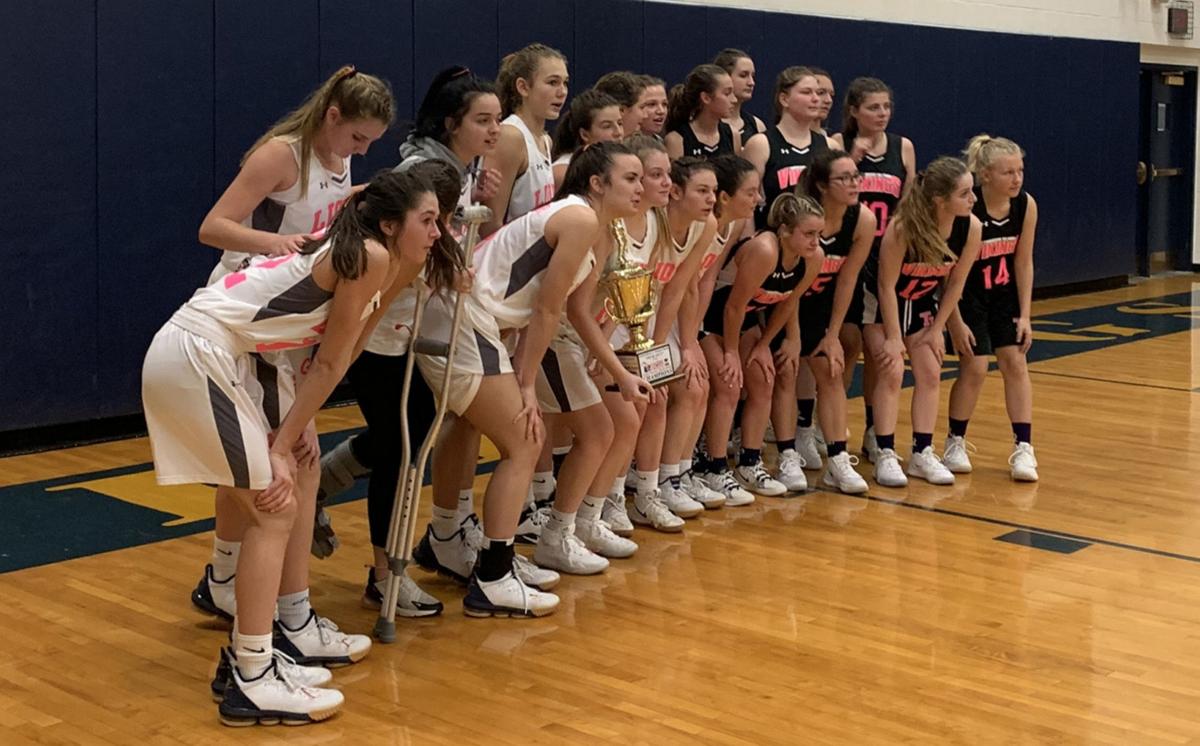 The General Brown girls basketball team poses with their trophy during the annual Coaches vs. Cancer game at Thousand Islands on Saturday in Clayton. Philip Sanzo/Watertown Daily Times

The General Brown boys basketball team poses with their trophy during the annual Coaches vs. Cancer game at Thousand Islands on Saturday in Clayton. Philip Sanzo/Watertown Daily Times

The General Brown girls basketball team poses with their trophy during the annual Coaches vs. Cancer game at Thousand Islands on Saturday in Clayton. Philip Sanzo/Watertown Daily Times

Saturday was the annual Coaches vs. Cancer series between the General Brown and Thousand Islands boys and girls teams, and instead of supporting the fight against a singular form of cancer, the two teams decided to leave it more general. Lalonde’s outfit covered all the bases.

In the filled-up bleachers, fans from both schools wore black shirts with the phrase “No One Fights Alone” printed on front alongside a large ribbon made up of smaller ribbons, all a different color and therefore representing a different form of cancer.

The Lions swept the doubleheader with the girls taking the opening varsity game, 59-46, and the boys taking the following game, 68-36.

Kori Nichols is quickly making a name for herself in the Frontier League. The General Brown freshman led the Lions in scoring Saturday with 24 points, including three 3-pointers — the first of which came at the very start of the contest.

Much like her teammates, Nichols has had to grow her game significantly as the season has progressed.

“I’ve been coaching Kori since she was a seventh grader in both sports, basketball and softball, and see her add more versatility to her game,” General Brown coach Lindsey Hanson said. “When she was young, she was mostly just an outside shooter, now she’s able to add so much and attack the rim. Seeing her play today, really inspired me because she’s playing for a bigger cause. Her dad is someone in the community who is fighting with MS and he’s got big things coming up in his future, and this game was on her mind for him, and it was clear that not only she but our whole team came together today.”

General Brown is a mix of ages, but the starters are on the young side, Saturday’s game began with two freshmen, two sophomores and a junior on the court. Despite some of the age gaps, the Lions show they have chemistry.

“I think that one thing I’ve really seen them grow in is accepting different roles on different days,” Hanson said. “It’s not just what their role is all the time, but everyday is different, and I’m seeing them step in and pick each other up when they’re down and really come together. In a game like this where (Thousand Islands’ Kennady) Amo took the ball to the rim and really could have changed the momentum in the third, for us to stay a unit and stay unified is something I’m really proud of.”

Like in past games, Amo continued to be aggressive in going to the basket for the Vikings. She finished with 19 points and was five-for-five in free throws.

“That’s always been (our mentality), especially with the younger girls, they are very energetic and very quick,” the Lions’ Rachel Black said. “So we like to utilize that.”

With three games remaining on their regular season schedule, the General Brown boys basketball team has a chance to cruise into the playoffs with a 15-3 record and a six-game win streak. As of now that win streak is only up to three, but it’s still their ninth win in their past 10 games.

The Lions believe they’re playing some of their best basketball down the stretch.

“We had a tough stretch for three or four games where we were having trouble putting the ball in the basket,” General Brown coach Jim Covey said. “I feel for the past two or three games, especially from the second half of the Carthage game through this game, we’ve finally started to shoot the basketball a lot better.”

The Lions (12-3, 6-2) finished with seven 3-pointers, hitting them from all over the field, and never really experienced a dry spell. De’Shaun Thorigal-Brown has shown improvement along with the Lions.

Despite putting up 68 points, the Lions’ lead scorer, Tyler Fiske, finished with just 12. Ten different players put points on the board — the players believe that type of balanced scoring is how the Lions will be most effective.

“We don’t have any selfish players on our team, everyone looks to score,” General Brown’s Kacy Lennox said.

Lennox finished with six points, all in the first half. Lennox stepped up this season when his brother, Nick Lennox, missed significant time with an injury.

In preparation for the playoffs, Covey called up his 6-foot-5 freshman Tucker Rosbrook from JV two games ago. Even in a short amount of time, Rosbrook has had an impact.

“It’s great for practice, because you have more people to compete and when we played the big kids, we couldn’t really dummy that in practice,” Covey said. “But also, having him up and getting Nick Lennox back, our practices are just a lot more competitive, which makes it better when you get to game day.”

Unlike the Lions, the Vikings (9-8, 6-7) have hit a bit of skid. Their loss to General Brown makes it four in a row now with two regular season contests to play. Connor MacKay led the scoring for Thousand Islands with 12 points.