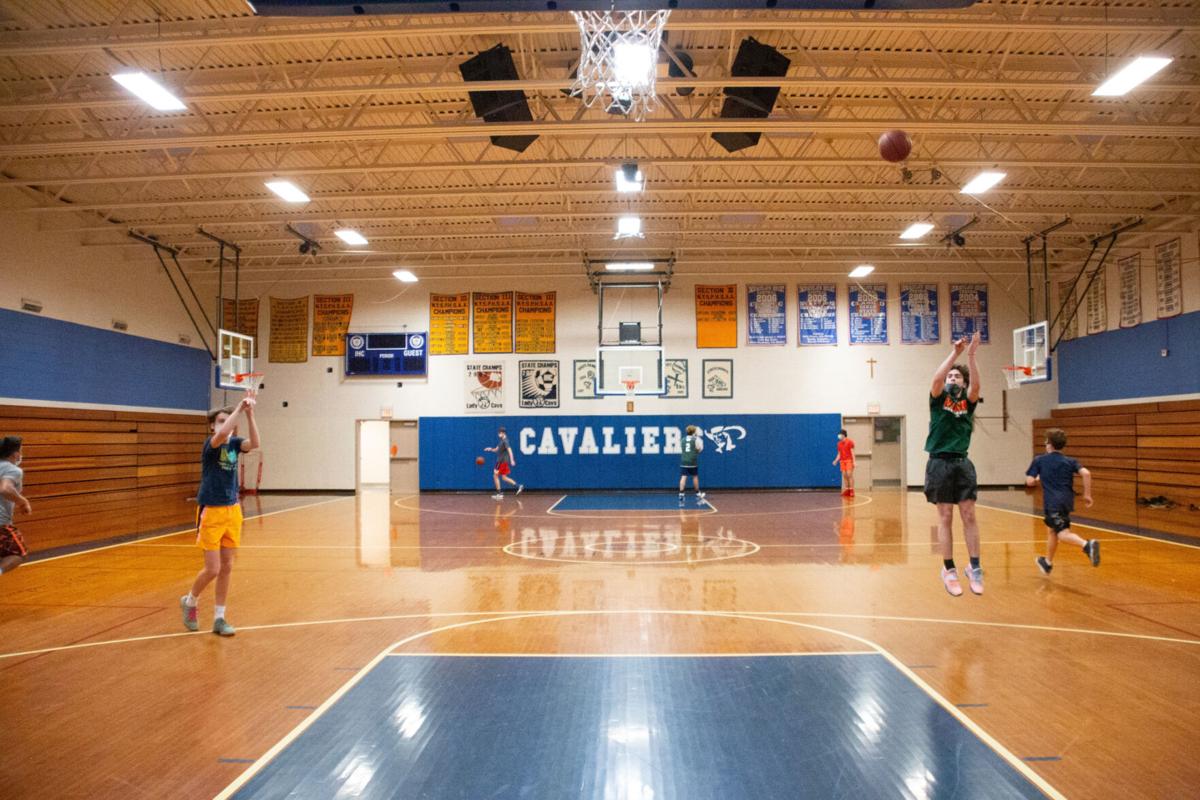 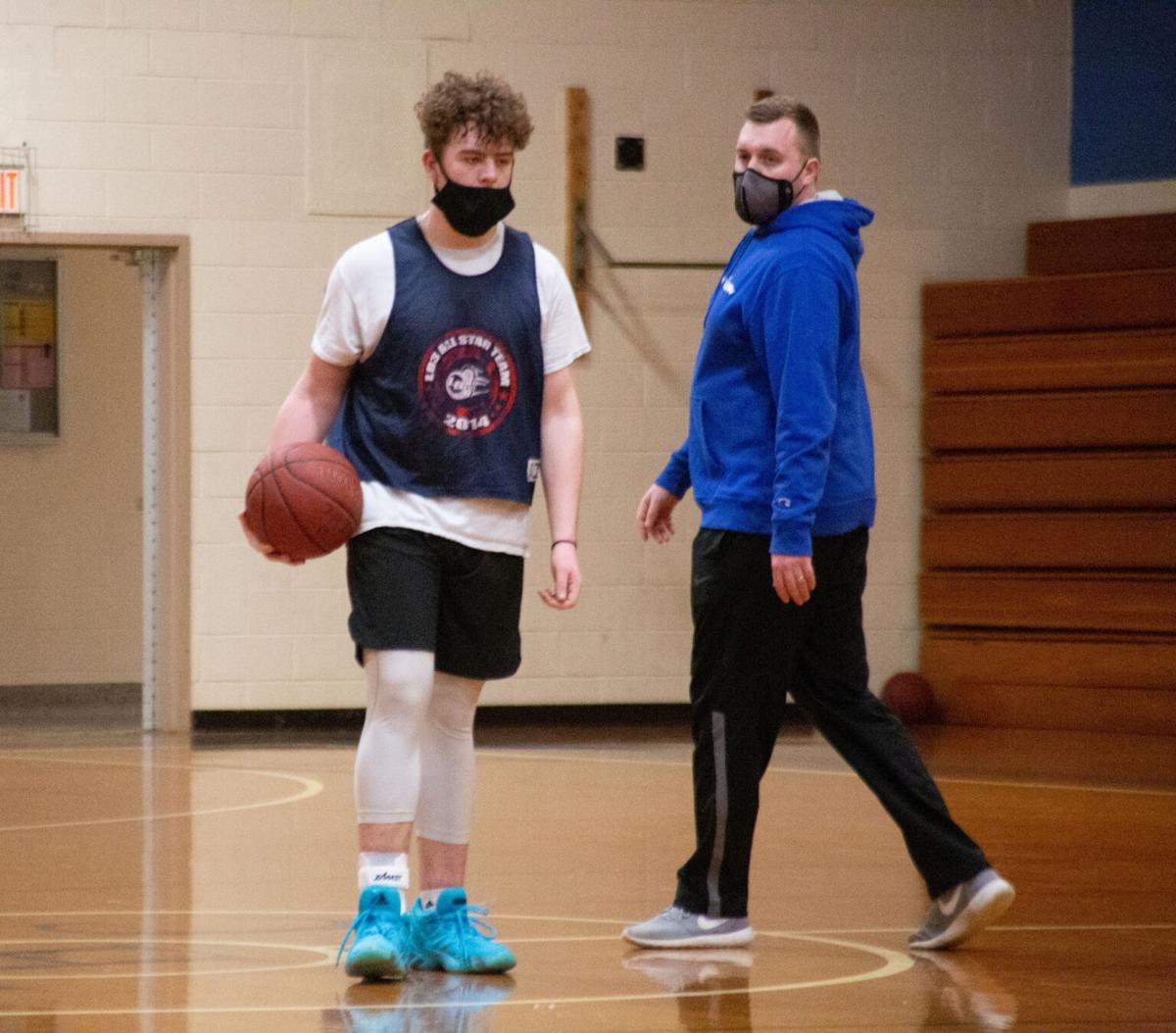 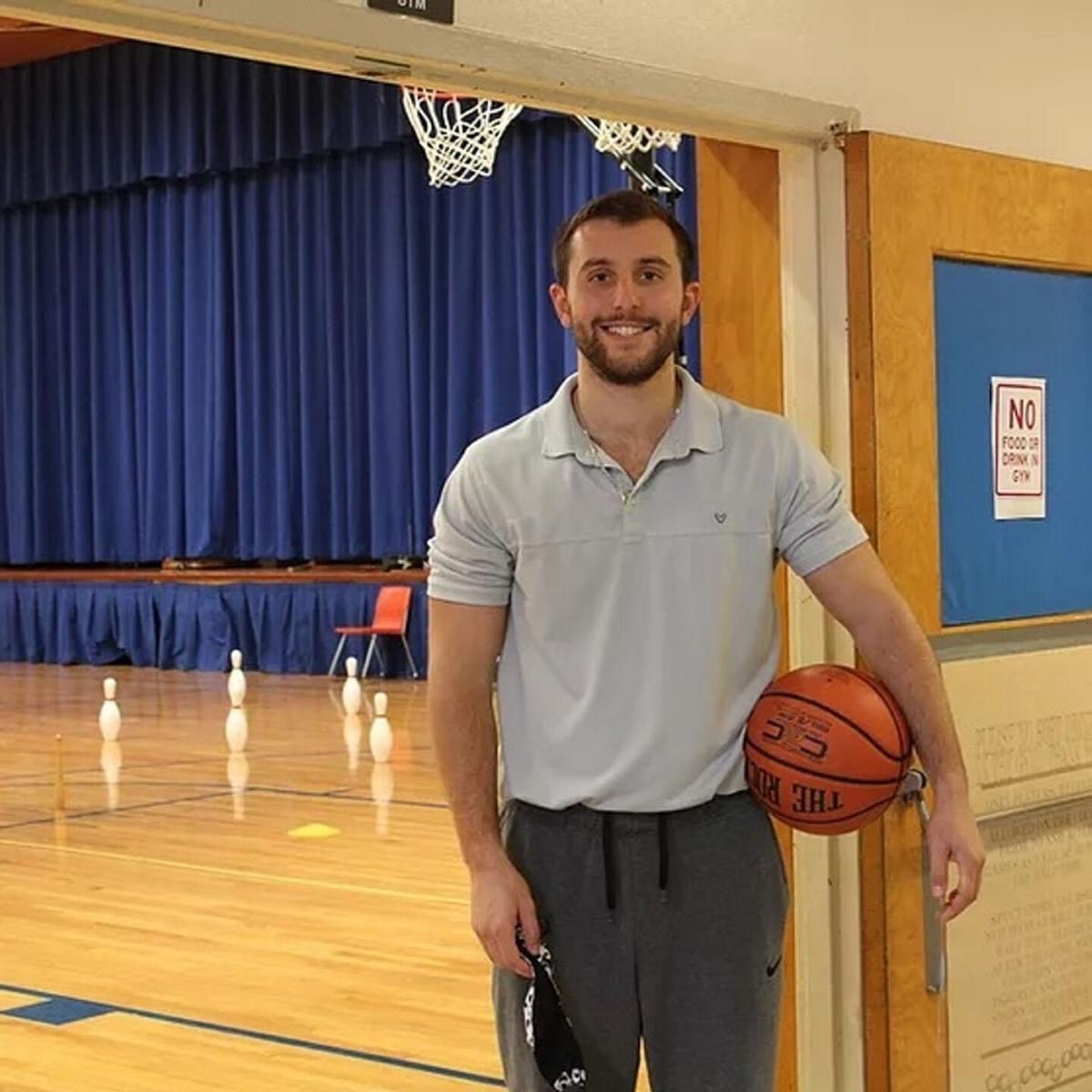 Jake Fusilli takes over as coach of the IHC girls basketball program. Fusilli played for IHC and graduated in 2016. Philip Sanzo/Watertown Daily Times

Jake Fusilli takes over as coach of the IHC girls basketball program. Fusilli played for IHC and graduated in 2016. Philip Sanzo/Watertown Daily Times

WATERTOWN — On Tuesday, the Immaculate Heart Central boys basketball team will begin its season on the road against Sackets Harbor. The girls team will follow with the same matchup the next day.

Like most teams in the Frontier League, IHC is scheduled to play only five boys games and six girls games over the course of two weeks. It’s not a lot, but it’s something when there really could have been nothing.

The games won’t result in playoffs, so the stakes aren’t all that high. Unless you’re IHC.

The 2021 season could be a turning point for the school’s basketball programs. Both teams will begin the year with new, young head coaches: Jared Wilson as the boys varsity coach and Jake Fusilli as the girls varsity coach.

For both coaches, this is their first gig as head coach of a varsity team.

And both teams view their few games as an opportunity to prove themselves.

“Most definitely, I would like to see IHC be a team on someone’s scouting report, instead of a throwaway team,” said IHC boys junior Cooper Lawler. “I want to win, and I think everyone in this gym wants to win.”

For the boys team that finished 0-16 last season, there is plenty of space to grow and much to prove.

The girls are coming off of a season with more success, they finished 11-10 last year. However, like the boys, they believe they have something to prove.

“In practice, even though it’s only three or four games, we’ve been working hard and like definitely trying to improve,” sophomore Emily Bombard said. “We definitely want to improve ourselves and prove that IHC is definitely going to be good.”

With new head coaches, comes an infusion of new energy and attitude.

Wilson, who was hired in 2019, has spent the last few years on the Lyme bench coaching beside his dad, Leo Wilson.

“My philosophy is that you play hard every possession, hard-nose defense, which then translates to hard and fast offense,” Wilson said. “And by fast offense I mean foul line to foul line, you’re 100 miles per hour, and if you don’t have a good look, you pull it back out and you run a disciplined offense.”

So far, Wilson is happy with his team’s responsiveness.

“They’ve been really open to what I’ve brought,” Wilson said. “I have a certain way that I like to play, a certain philosophy that I like to coach. (Former longtime IHC coach) Mike Delaney had his philosophy. I think a lot of what I do is in line with what building a culture and building a program and discipline in a team. And there are other things that I think is different from what he does, and these kids have been open to working harder and adapting to it.”

Of the things Wilson is working on in his first head coaching job is patience. Wilson’s team, young and without a single senior, is still learning to play together. During last Wednesday’s practice, the Cavaliers slowly worked on plays, positioning and general cohesiveness.

“It’s been really nice I must say, it feels really organized,” sophomore Bobby O’Connor said. “I feel like I’m getting better each and every time. Like we got a direction, somewhere that we’re going to go in the future.”

What really makes the IHC boys beam with excitement is the potential their team possesses.

“On this team, we have no seniors, so we have all this potential 9th through 11th grade,” Gavin Shoen, a junior, said. “So, we just growing and expanding from there, we’re a great team.”

On the girls side, Fusilli isn’t far removed from playing for the Cavaliers. The 2016 graduate played varsity basketball at IHC under Delaney. He spent the last four years at Brockport before being hired as a teacher and girls basketball coach at his alma mater.

Standing on IHC’s golden hardwood floors as a coach and not a player is still a strange experience.

“It was kind of crazy at first because I didn’t think I would be back teaching or coaching,” Fusilli said. “I definitely was really excited when I heard the news that they offered me the job for both jobs. Especially the basketball program, basketball was my favorite sport, just being able to be back and give back to the girls from what I learned over the years, just very exciting to be back now.”

Bombard remembers watching Fusilli play for Delaney, her grandfather, so seeing him back as the coach is still a little strange. Nevertheless, she’s excited for the energy he’s bringing to the program.

“So, he definitely like brings joy and he is definitely always upbeat and doesn’t get down on us, and he’s always trying to help us improve,” Bombard said. “He doesn’t get angry or anything like that, he gives us helpful tips to get better and improve the whole team.”

Bombard is excited for what IHC girls basketball can become and what her role can be in that process.

“I’m super excited to see the team grow,” Bombard said. “I know that there’s a couple good players that are on JV also that will be on varsity next year. So, it’s super exciting to look forward to.”

Bombard, a point guard, is looking to improve her communication. She wants to use her voice more to command other players on the floor.

While a shorten season offers some playing time, it’s unfortunate for the seniors on IHC who won’t get the opportunity to fully play out their final year. When thinking about what he hopes to get out of a shortened year, Fusilli feels for those seniors.

“It’s too bad for some of the seniors, I feel really bad for them,” Fusilli said. “I know if I was a senior, loving sports the way I do, I would be kind of devastated. I’m glad that they can have some games. As for the younger ones on the team. I want them to get out of the season the potential they have individually and that we can have as a team.”

The girls team was quarantined all last week and unable to practice, but they should be good to play Wednesday’s season opener at Sackets Harbor.

Here’s a brief look at the Jefferson County schools participating in games starting this week:

Outlook: Ed Adams takes over for Jeff Britton as head coach of the Cyclones. Adams is the son of former Watertown coach Paul Adams. Key players on the team include Joel Davis, AJ Carter and Kevin Harp.

Outlook: Carthage began its season a little earlier than most Jefferson county schools. The Comets played two games against Sackets Harbor last week, both won by the Patriots. In those games, Trenton Walker scored 24 points for Carthage.

Outlook: The Warriors had a much-improved season last year, finishing 9-12. A point of emphasis this season will be finding someone to replace the production of Sammy Angelo, who graduated last June.

Outlook: With a new coach at the helm, the Cavaliers will look to improve on their disappointing 2019-20 season. Key players include Cooper Lawler, Bobby O’Connor and Gavin Shoen.

Outlook: Matt Fiske takes over coaching duties for Jim Covey. Last year the Lions made it to the Section 3 Class B semifinals where they were eliminated by Solvay. This year’s squad will feature Kacy Lennox, Nate Heller and Tucker Rosbrook as key contributors.

Outlook: Thousand Islands finished the 2020 season with a preliminary round exit in Onondaga. However, the Vikings return much of their production from last season. Joey Melfi, Connor MacKay and Emmet are all seniors for the Vikings this season.

Outlook: The Patriots have already played two games this season and have come away with two wins. In those two games Tyler Green has scored 27 points, Nolan Baker has scored 33 points and Dominick Sprague has 22 points.

Outlook: The Comets will have only two seniors on their roster this season, Elizabeth Ervin and Vilicity Huber. The rest of their roster consists of five juniors and eight sophomores.

Outlook: Indian River is fortunate to not have a single senior on its roster this season. Unfortunately, though, the Warriors won’t be able to compete for a section championship, which could have been in their grasp this season. Key returners include Adrian LaMora and McKenna House.

Outlook: Jake Fusilli takes over as head coach of the IHC girls basketball program. Sophomore Emily Bombard is expected to run the point. Sam Malbouf and Sarah Kamide are a couple of other players who could contribute to the Cavaliers this season.

Outlook: The Spartans were coming off their second consecutive Section 3 Class B title and on their way to the state playoffs when COVID-19 canceled the remainder of the 2020 basketball season. In 2021 they return many of those stars, including Jackie Piddock, a junior, and Taylor Scoville, a senior. The other seniors on the team are Sofia Mangino and Desiree Koberger.

Outlook: Janelle Ferris is back coaching the Lions after a couple of years away from team. The team finished 13-8 last year. Key returners include Kori Nichols and Emma Dupee.

Outlook: The Thousand Islands girls basketball team will return point guard Kennady Amo for her senior season. Last year the Vikings finished 13-7 and captured the Frontier League “C” Division championship. They made it to the quarterfinal round in sectionals where they were eliminated by West Canada Valley.

Outlook: Sean Haley takes over as coach for Ryan Tastor. Last year the Patriots finished 5-13. Their last game of the 2019-20 season was a victory over Belleville Henderson in the Frontier League “D” Division consolation game.