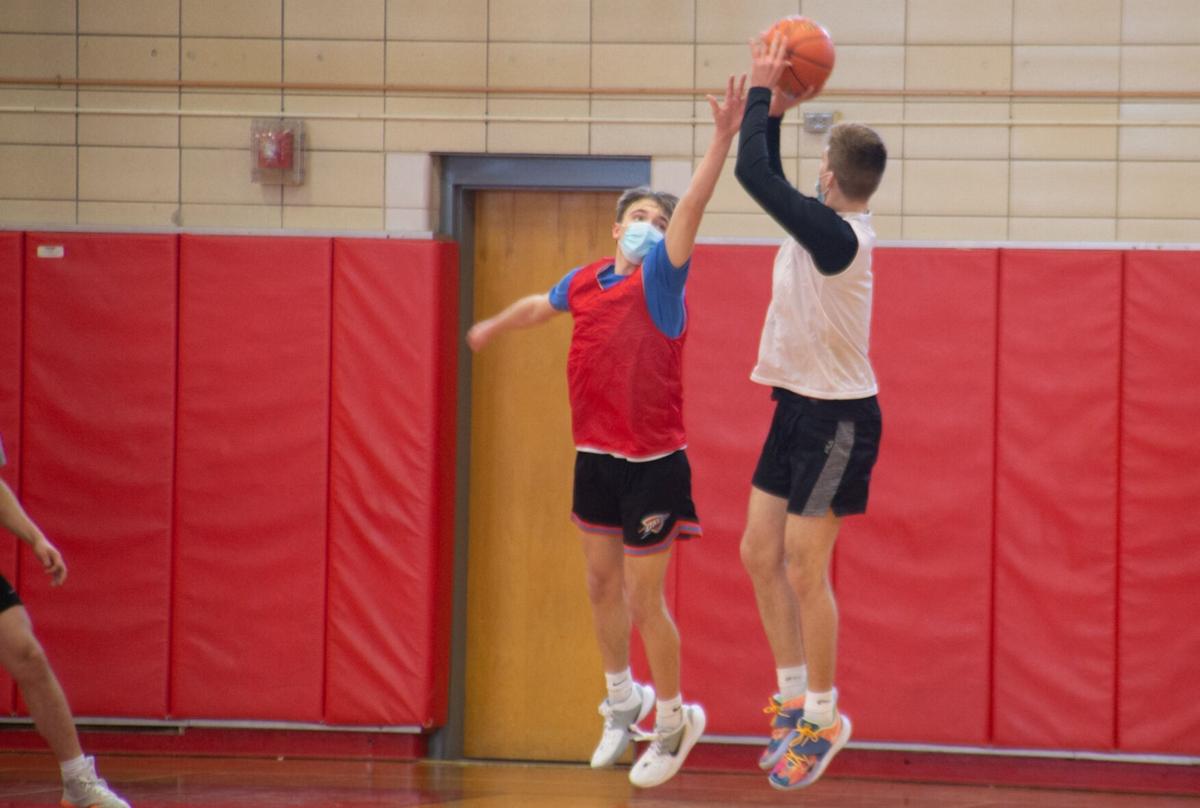 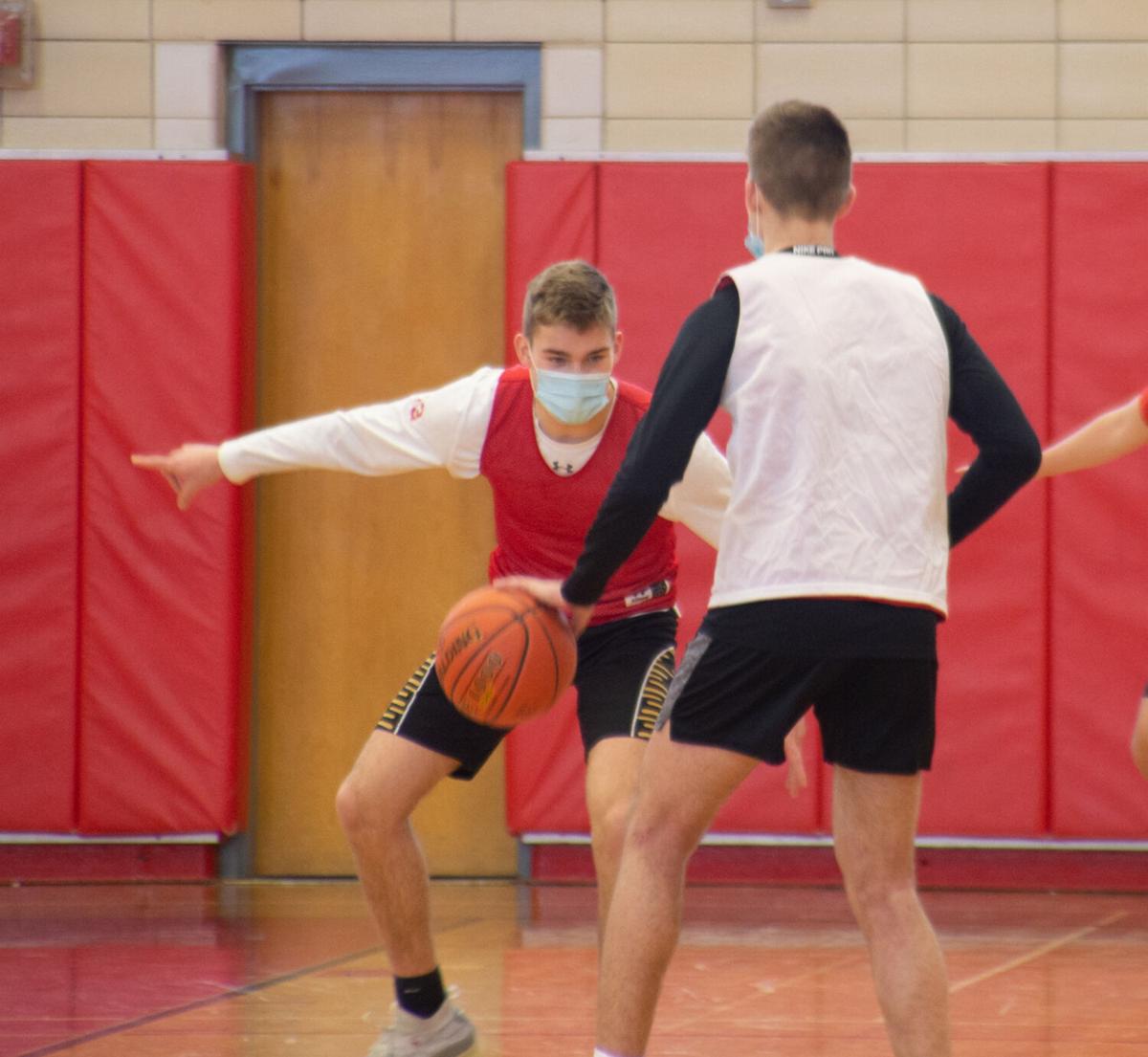 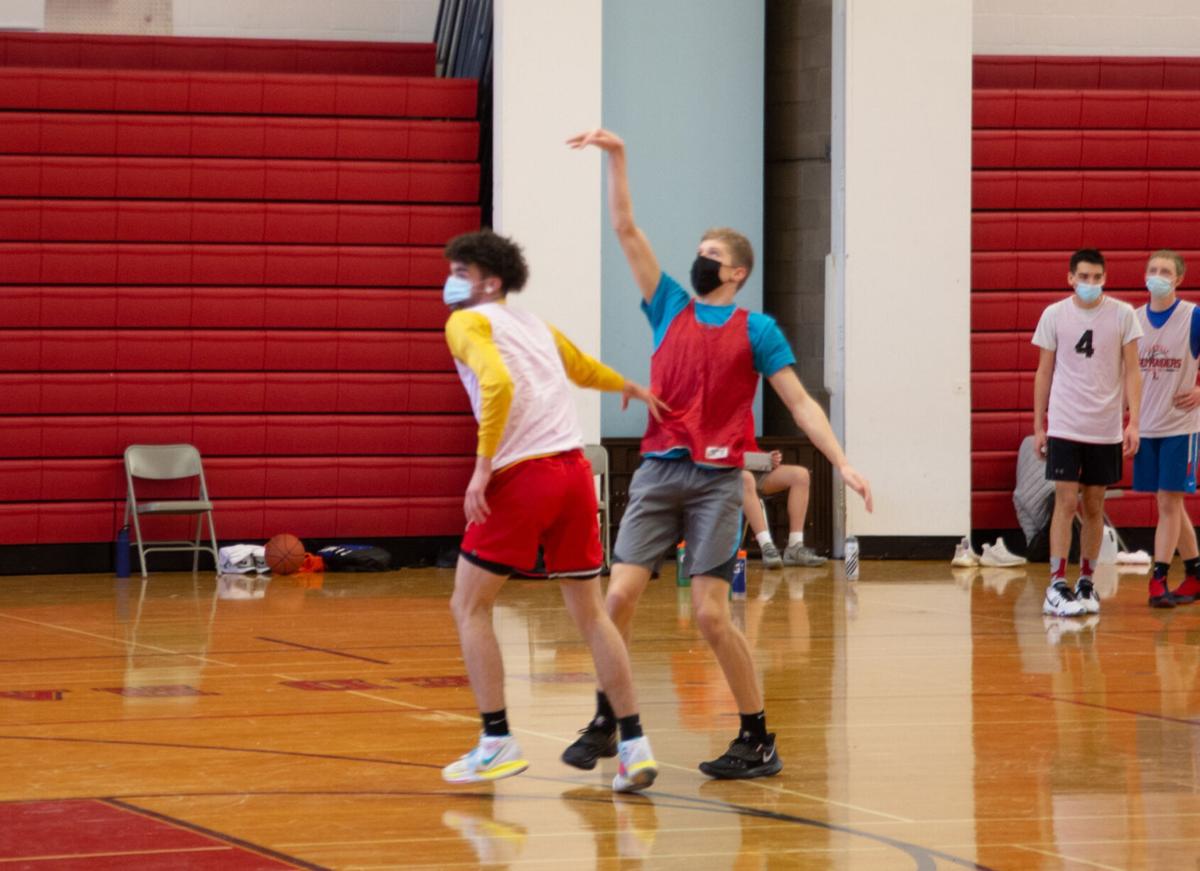 For the five days leading up to the weekend’s hour-and-a-half workouts, the Red Raiders had been split. Freshman and juniors practiced on Monday and Tuesday, sophomores and seniors on Thursday and Friday.

While there had been some open-gym workouts earlier in the school year, this past week was the first official basketball practice in Lowville’s main gym since last March.

Much to the surprise of its participating coaches and players, basketball is returning to Lewis County. In a typical year, the regular season would have just concluded, and Lowville would have launched a bid for a third-straight Section 3 Class B title.

Instead, they’re preparing for a condensed season: eight total games against the four other schools located in Lewis County.

The season is scheduled to begin Thursday with girls games involving South Lewis at Copenhagen and Harrisville at Beaver River. Both games are slated to start at 7:30 p.m.

For Lowville’s boys, the abbreviated schedule means means no Watertown, Ogdensburg, Solvay or Albany Academy as opponents. As the only Class B school in the county, Lowville will be going up against competition that typically doesn’t rise to its caliber.

But that’s not how they see it.

“We’re not going to overlook anybody that we play,” Lowville’s Gavin Macaulay said. “We know that everyone we play has a great program and they’ve had success in the past. As far as what we expect from these games, we’re just going to play our hardest, especially us seniors. We’re going to play our absolute hardest since it’s our last chance.”

Lewis County boasts some state-quality boys basketball teams. Harrisville is only two years removed from winning the Class D state championship while Copenhagen played in some of last season’s most thrilling games. Beaver River nor South Lewis are well-equipped, too.

“This is an opportunity to play and we treat every game the same,” Shambo said. “We’re not playing for the sectionals, or having a chance at it, but it is what it is. That’s out of our control, we’re just looking forward to playing some games because I really didn’t think this was going to happen.”

There are friendships between the players on both teams, which could lead to some exciting contests.

“The kids on Copenhagen, Cody Powis, Lucas Graves, I’ve just been playing with some of them,” Lowville’s Aidan Zehr said. “Me and Lucas are friends and me and Cody are friends and I go and play with them sometimes. They have a couple of big guys who are pretty good. They were good last year, but they got taller and stronger, I think they’re going to be good matchups.”

By beginning competitions in mid-February, the length of the season will be a fraction of its normal length. Not only is that fewer games for the athletes to play, but fewer games for newer players to learn.

The three remaining members of Lowville’s state champion runner-up team of two years ago, Aidan and Gavin Macaulay and Aidan Zehr, will be graduating at year’s end. Filling their roles is a new generation of players.

The likes of Ryan and Dalton Myers (another set of twins), Ryan Young and Danny Fayle began their varsity basketball careers last week.

Typically, the seniors on the team will have 2-3 months to mentor their replacements, now they’ll have roughly six weeks.

The next generation of Red Raiders isn’t entirely fresh. Returning for his sophomore year is Brody Brown, a freshman who came up early last season and often was the sixth man off the bench. In the Section 3 championship game against Solvay, Brown was the only non-starter to see any minutes.

Brown — quite a few inches taller than he was last year — will try to soak up any last bit of advice his senior teammates can offer him.

“Their work ethic is just incredible,” Brown said. “The speed of their game and their skills, it all comes from the work that they put in. If we can develop on that, I think we can have some great accomplishments next year.”

Here’s a brief look at this year’s participating teams:

Copenhagen played in some of the Frontier League’s most thrilling regular season games last year. They return key scorers in Lucas Graves and Cody Powis. Their roster consists of five seniors and two juniors.

Only two years removed from a state championship, Harrisville will compete against other Lewis County Frontier League schools despite typically competing in Section 10. They’ll be led by senior Nate Schmitt.

Cheryl Morrow takes over for Chris Riley as head coach of the varsity girls basketball team at Lowville. Her roster consists of five seniors, one junior and six freshmen. Emma Dening should play a key scoring role for the Red Raiders.

The Beavers had five seniors graduate last year but return sophomore Brenna Mast who was a Frontier League “C” Division all-star as a freshman.

The Falcons will have only two seniors on their roster this year, Harleigh Dorrity and Lauren Mashaw. Dorrity, a Frontier League “C” Division all-star last season, will be a key starter.

The Golden Knights are again expected to be one of the most challenging teams in Lewis County this season. Natalie’s Scott squad will feature Brooke Smykla, Raegan Dalrymple and Charli Carroll.

Harrisville will run out a fairly young roster that consists of one senior, two juniors, five sophomores and one freshman. The Pirates’ only senior is Torie Moore.