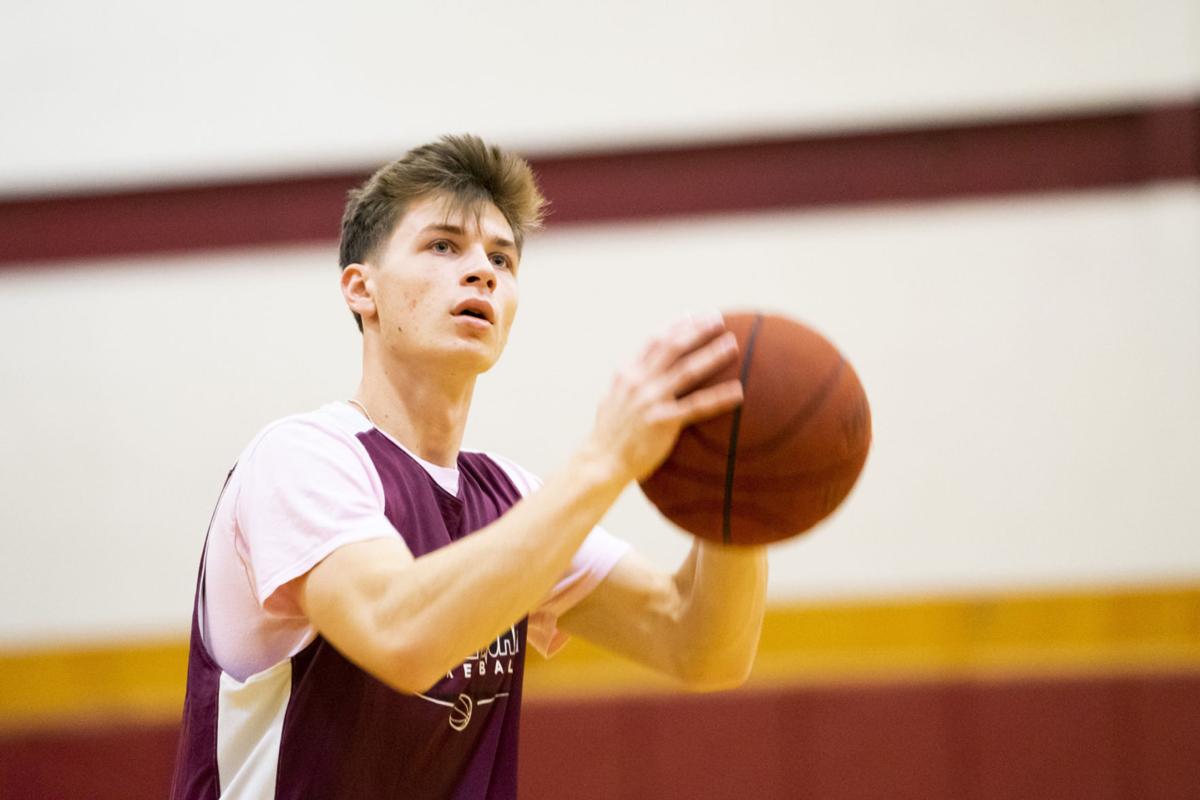 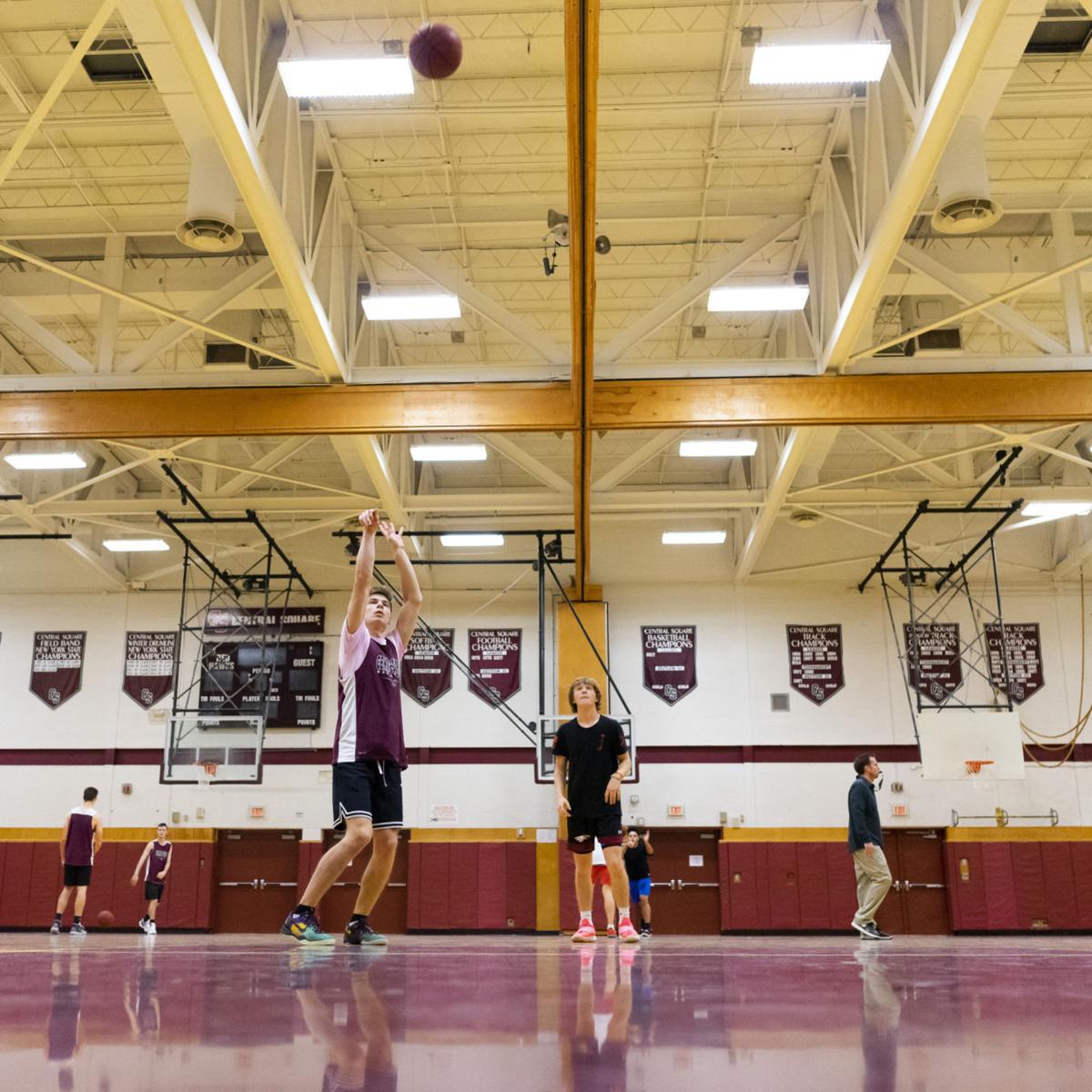 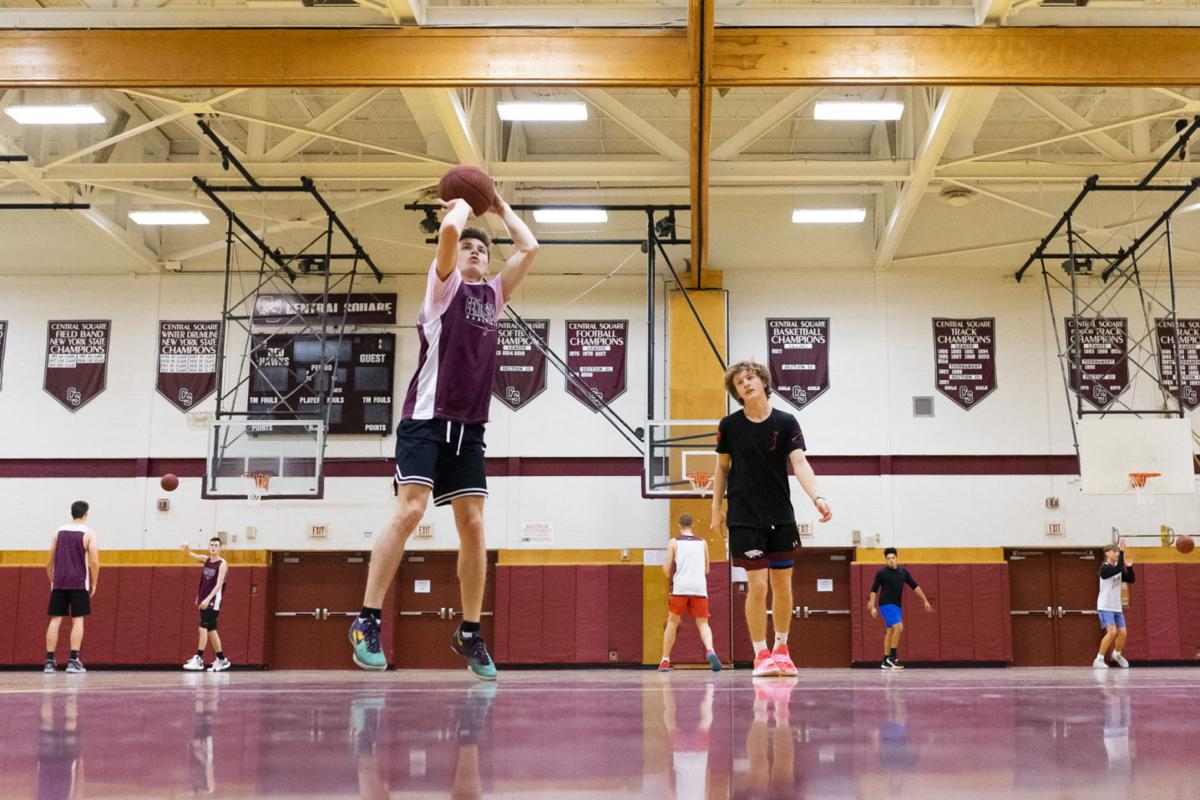 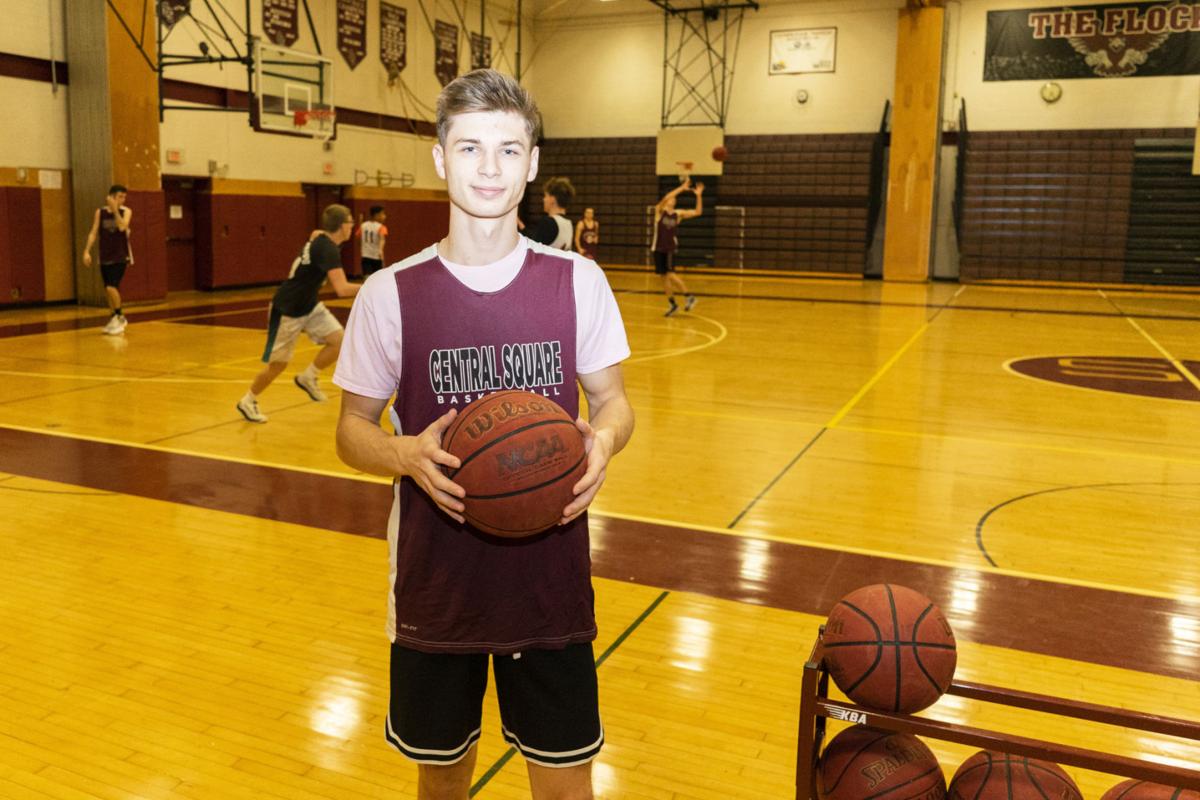 Tim Giblin took on a larger scoring role during his junior season last year and is looking to expand on that with a veteran crew in his final year. Julia Hopkins/Watertown Daily Times 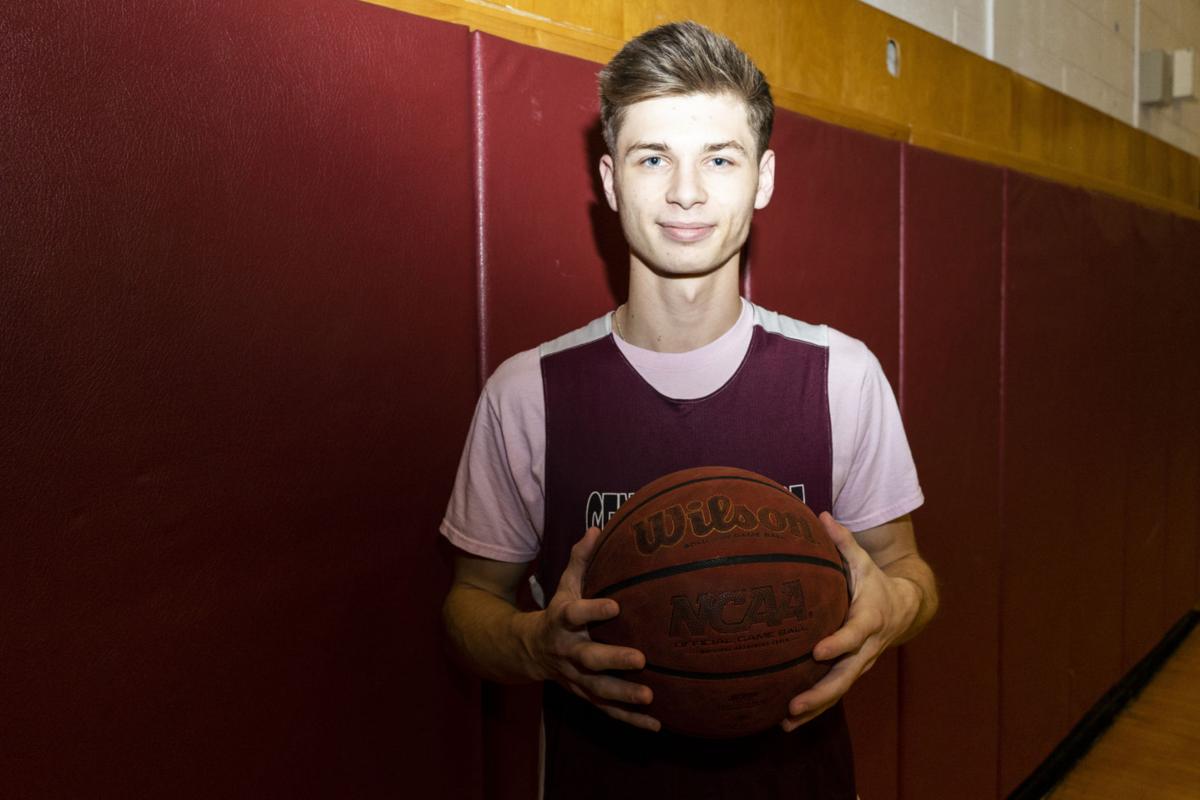 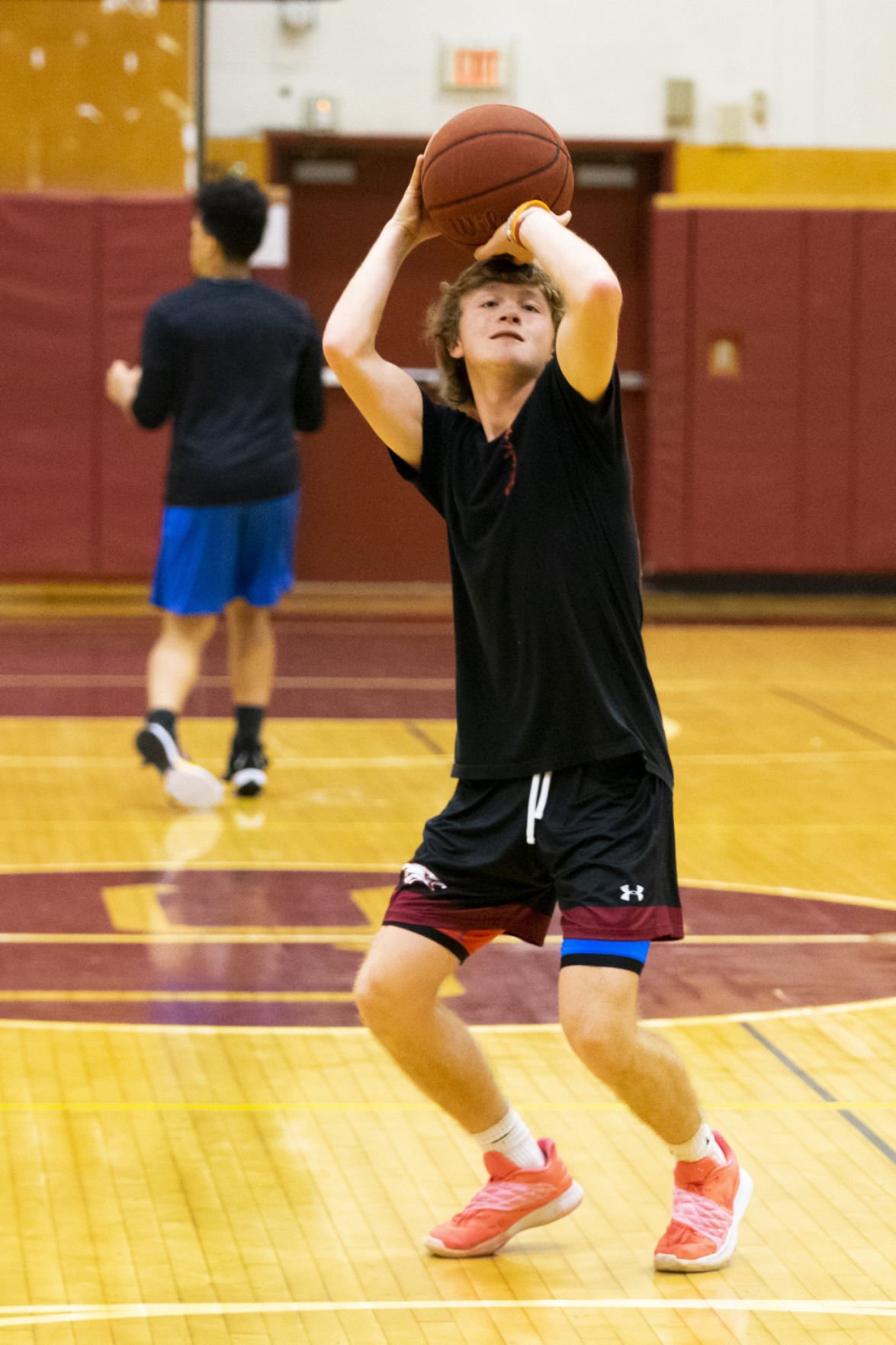 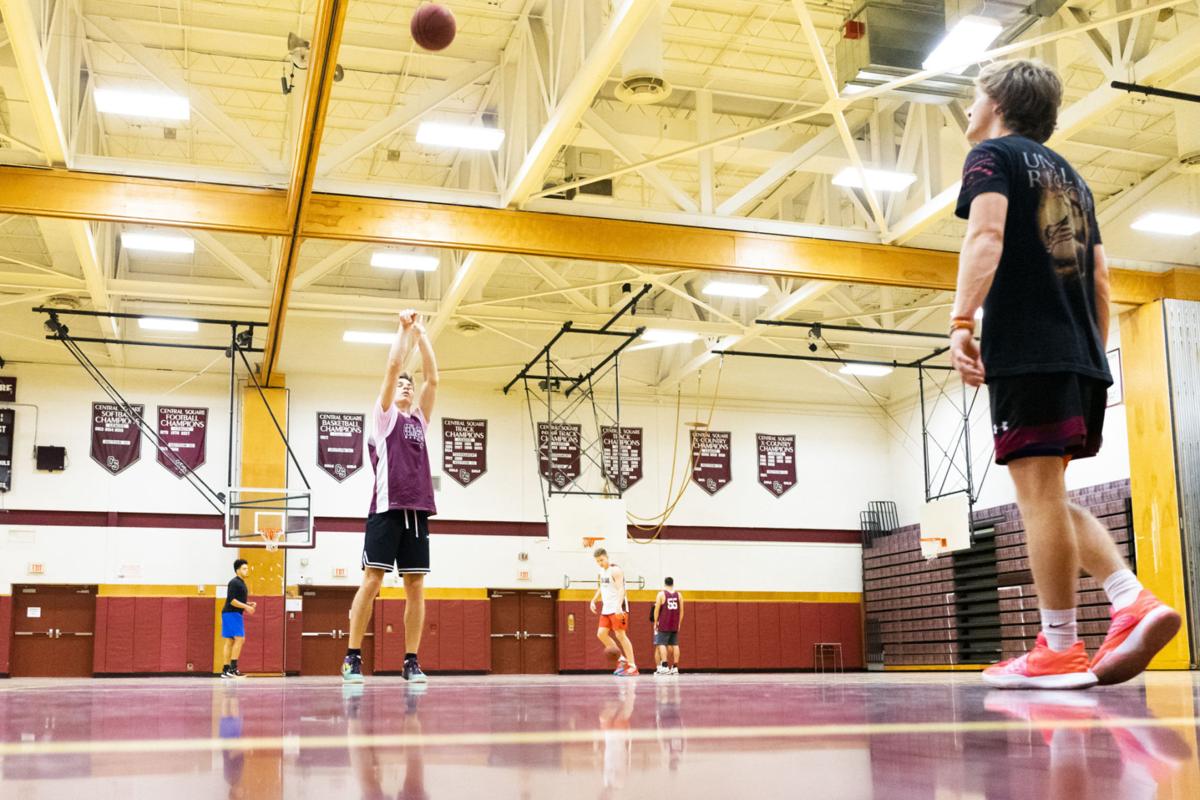 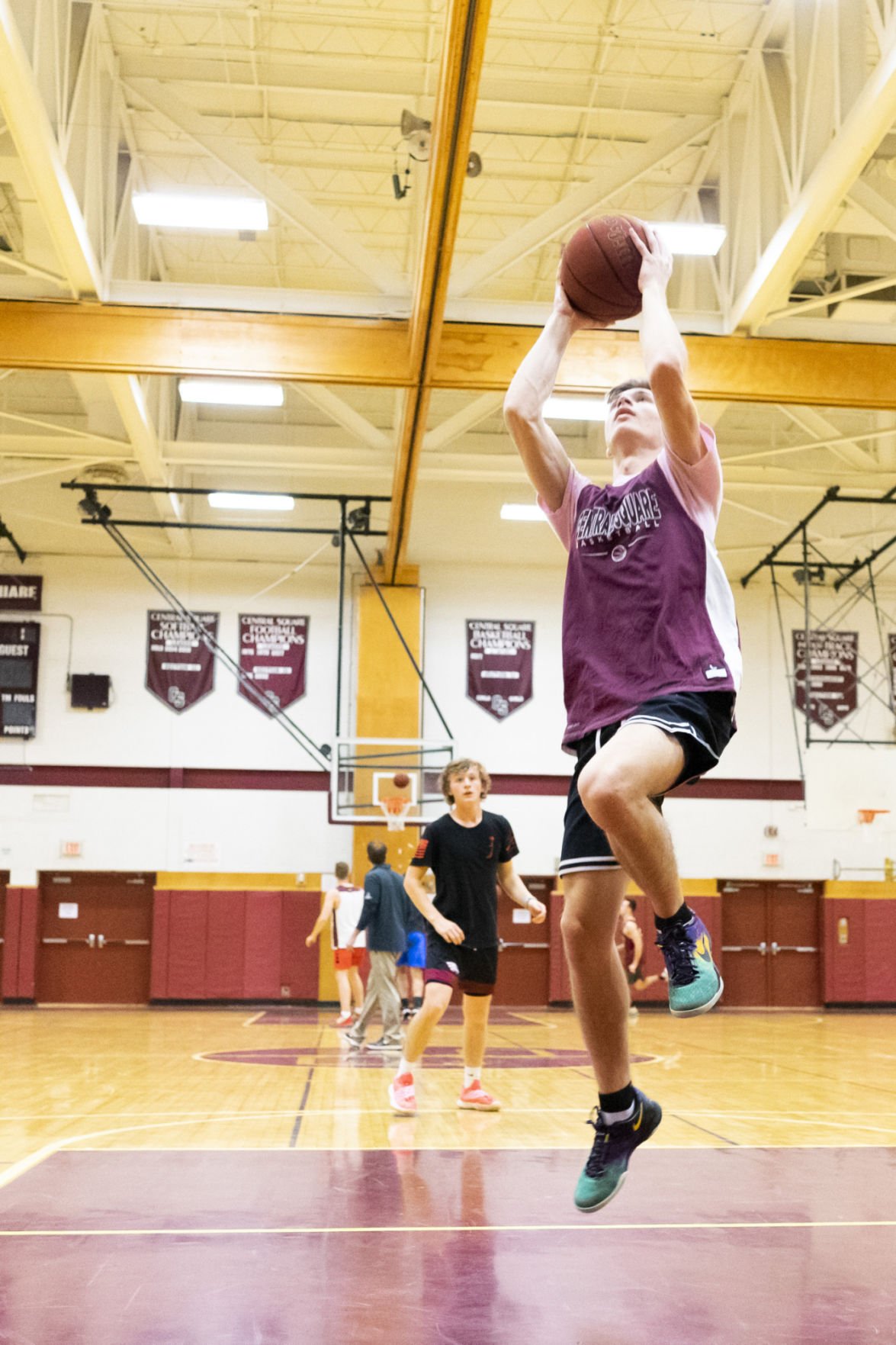 Tim Giblin took on a larger scoring role during his junior season last year and is looking to expand on that with a veteran crew in his final year. Julia Hopkins/Watertown Daily Times

CENTRAL SQUARE — Tim Giblin has started every game at point guard for the Central Square boys basketball team over the last three seasons and contributed to a total of 50 wins during his varsity career, developing into a dynamic force to spark the Redhawks’ rise through Section 3.

Giblin averaged 20 points and nearly five assists per game last season while leading Central Square to a record of 17-4 overall and its second straight appearance in the Section 3 Class A semifinals.

Giblin garnered a selection to the all-state 14th-team in Class A last year, the fifth-highest among Section 3 players recognized in the classification.

“I kind of have to be like the coach on the court now for guys who might not have as much experience on the team as me, so it’s kind of cool to see it now from a different set of eyes,” Giblin said. “From freshman year on varsity to now senior year on varsity, it’s just totally different.”

He added: “I’m just trying to be a leader, trying to point people in the right direction for what should be done and what we need to do to win games.”

The Redhawks have won 17 games in each of the last two seasons and reached the sectional semifinals each year, after recording 16 victories during Giblin’s freshman campaign.

Giblin increased his scoring average by eight points per game last season and excelled in a larger scoring role to complement his strong pressure defense on opposing guards, along with his abilities to handle and distribute as the lead decision-maker on the court.

“He’s always had quality upperclassmen to play with where he didn’t have to carry the load his first two years, then last year, it was truly his team where we needed him to score, we needed him to handle the ball, we needed him to do a little bit of everything,” Adams said. “Now this year, I expect even more of him. He’s our leader.”

Giblin is eager to guide a veteran team that consists of 10 seniors, a group of his longtime friends that will comprise the largest graduating class of Adams’ coaching career.

Giblin has long since established himself as the team’s floor general but was often surrounded by older players in the locker room.

“This is kind of all the kids I’ve grown up with,” Giblin said. “The last few years I’ve mostly been playing with guys that are older than me, still guys that I was friends with, but these are the people I played AAU with and hung out with mostly in my free time, so we have a good chemistry.”

Giblin focuses solely on basketball for athletics and started playing AAU in the sixth grade, most recently for the Syracuse-based BBA Nets. He spends a majority of his free time working on his shot and handles around the Paul V. Moore High School campus, and said this offseason he placed an emphasis on strength training and finishing scoring opportunities at the rim.

Adams said that he first remembers interacting with Giblin when he was a young kid who often carried a basketball around with him, and he has maintained a perfect attendance at open gym sessions and summer league games since joining the varsity team.

“I think from a very young age he figured out that he wanted to be a great player, and I think he’s really met those expectations,” Adams said. “He’s constantly challenging himself to get better, he’s never satisfied with what he’s done.”

Giblin wants to pursue a college basketball career and the National Honor Society student plans to study biology, but is first focused on producing a strong senior campaign for the Redhawks.

Central Square enters as a contender to secure the program’s first Section 3 championship since 2005, and Giblin hopes to lead the caravan of his classmates to that stage for his final act.

“It’s kind of what everyone looks forward to, the senior year,” Giblin said. “I have all my friends on the team now and we’re all just trying to have some fun and do what we can to win basketball games.”