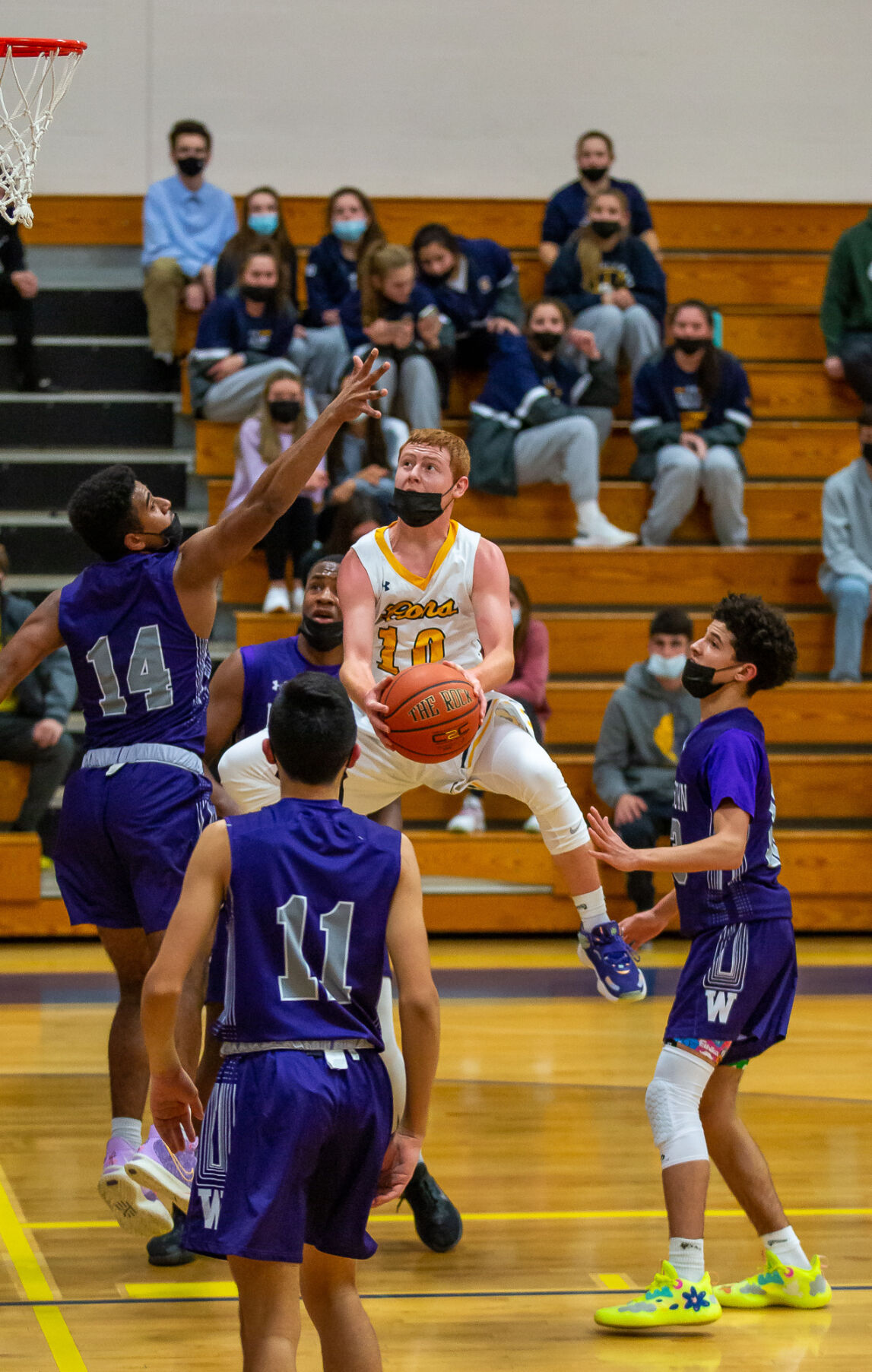 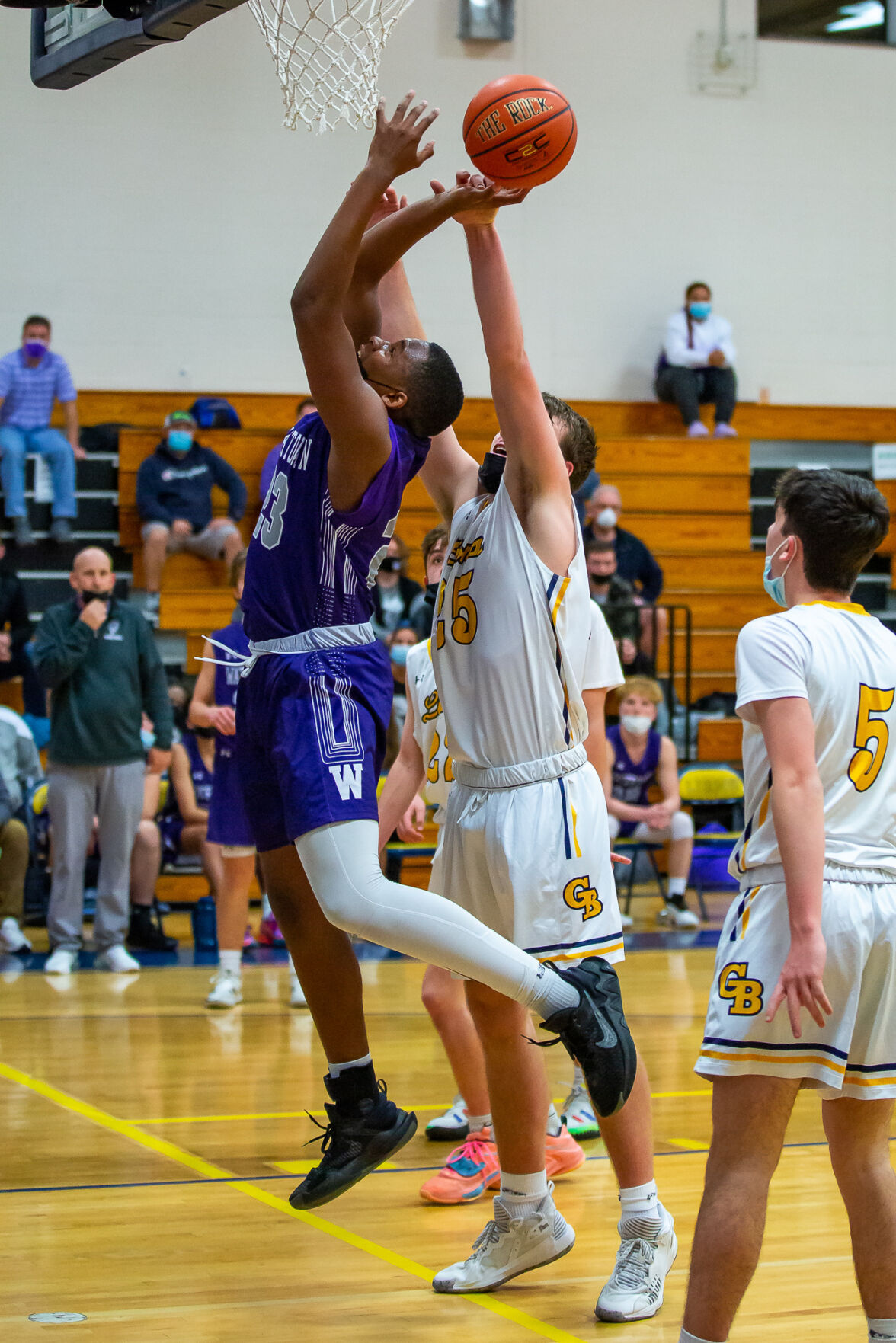 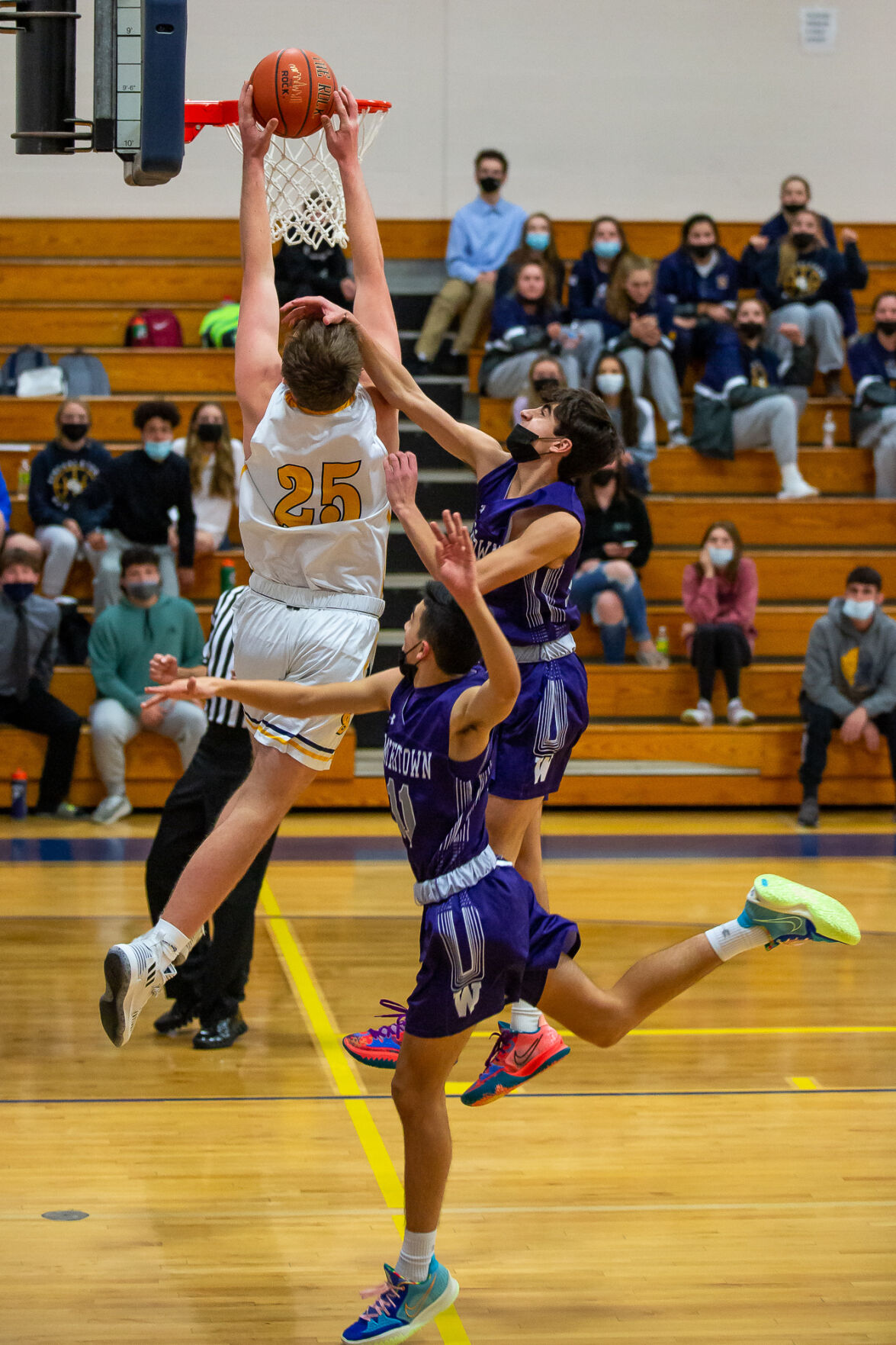 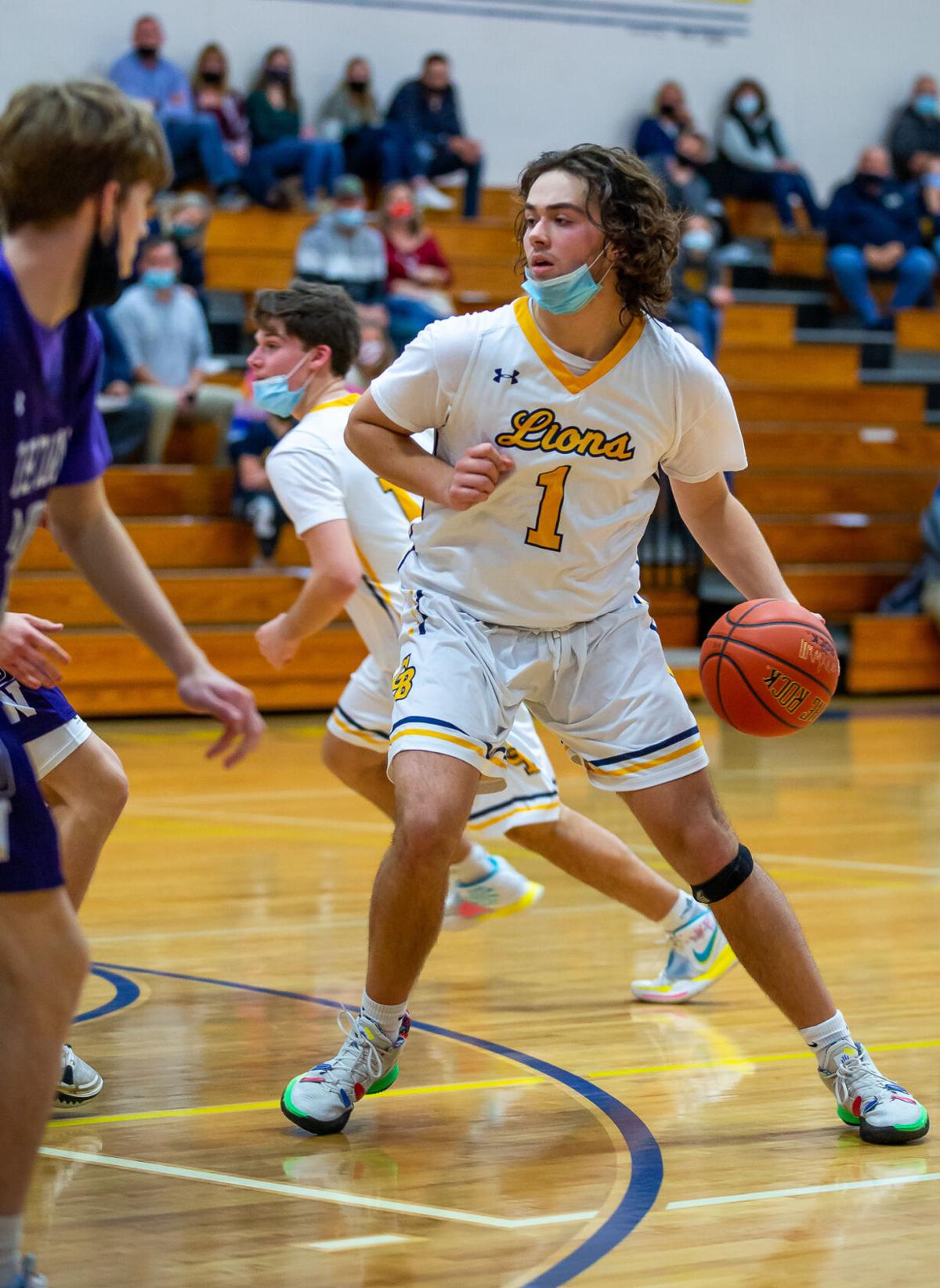 DEXTER — Call Tucker Rosbrook and his General Brown basketball teammates the comeback kids on this night.

Facing a 10-point deficit in the second half, Rosbrook and the Lions didn’t waver and responded with a surge of their own to claim the lead and never looked back in recording a 52-48 victory over Watertown on Friday night in a Frontier League crossover game.

Rosbrook, a junior center, scored a game-high 17 points, eight in the second half, and seized 11 rebounds to lead General Brown (3-0).

“It’s a big win (against) an “A” (Division) school,” Rosbrook said. “We just did a lot coming out in the second half and took it to them.”

But the Lions, who trailed 29-24 at halftime, faced a 38-28 deficit with three minutes and 54 seconds remaining in the third quarter.

“Absolutely, I’m really proud of our kids, they played really well,” General Brown coach Matt Fiske said. “They faced a little bit of adversity, but they hung together and they made the difference breaking the press at the end and running our offense.”

“You can’t beat this, you’re playing Watertown in your home gym and getting a win for everybody that came out to support us,” Lions senior Kacy Lennox said. “Nothing beats it.”

General Brown, sparked by back-to-back layups from Rosbrook, then generated a 10-0 run to draw even at the end of the third quarter, capped by a conventional three-point play from Ryan Hiller with 44.5 seconds left in the period.

“You get a little nervous when you get down 10, but you’ve always got time to come back,” said Lennox, who contributed 11 points, including a key 3-pointer late in the third quarter, and totaled six rebounds. “You just put it in the past and play like it’s 0-0.”

Junior Caleb Price then followed with a long-range 3-pointer in the first minute of the fourth quarter for the Lions’ first lead at 41-38 — and one they wouldn’t relinquish.

“Just handling the pressure, slowing down the game a little bit, not letting them speed us up,” Rosbrook said of General Brown’s success in the second half. “Just being aggressive on defense, not fouling too much.”

Hiller followed with an outside jumper to complete a 15-0 surge for a 43-38 edge.

“We just kept playing, we kept pushing each other and working hard,” said Hiller, a junior who added 13 points, including nine in the second half, and grabbed six rebounds and five assists. “We just stuck to a plan we’ve been working on all week and got it done.”

“I’m proud, a couple of the kids stepped up, Caleb Price came in off the bench a little bit and he made some big baskets for us,” Fiske said. “Defensively, I think our 2-3 is pretty strong, I think when we drop back and contain, it’s tough to dribble and penetrate against that.”

Watertown, meanwhile, managed only four points in the quarter until the final minute of regulation.

General Brown eventually built its 15-point run into a 23-4 spurt, capped by two layups from Rosbrook.

“Getting the ball in the post was a big part of our game,” Lennox said. “We’ve got a 6-(foot)-7 kid down there and we’ve got some shooters that can spot up and hit it — and when you can play defense, you can play any game.”

“I think inside our big guy is a mismatch in the league,” Fiske said of Rosbrook. “I think one of the things we look at it to try and get the ball in the post, but also swing it out. But once we start running our offense, I think the strength is in our favor, rather than try and take the fast break, look at some of our mismatches and run our offense.”

Watertown, which led by as many as eight points in the first half, capped the half on Patrick Duah’s 3-pointer to beat the buzzer for a 29-26 edge.

Kody Daly drained a 3-pointer to open the second half and spark a 9-2 run for Watertown, which led 38-28 on Joel Davis’ three-point play, before General Brown responded with its surge.

“They were pretty strong, we anticipated it, and we brought it home,” Rosbrook said of Watertown.

“I think we have a great group of kids, our team is as good as anybody in the league,” Ed Adams said. “I think we can beat anybody, but when you run into a team like General Brown that is really good, you’ve got to come ready to play and I think we did. I just think we didn’t sustain it the whole 32 minutes.”

General Brown, will now host Indian River at 7:15 p.m. Tuesday before hosting rival Lowville in an early-season “B” Division showdown on Thursday with the same starting tipoff time.