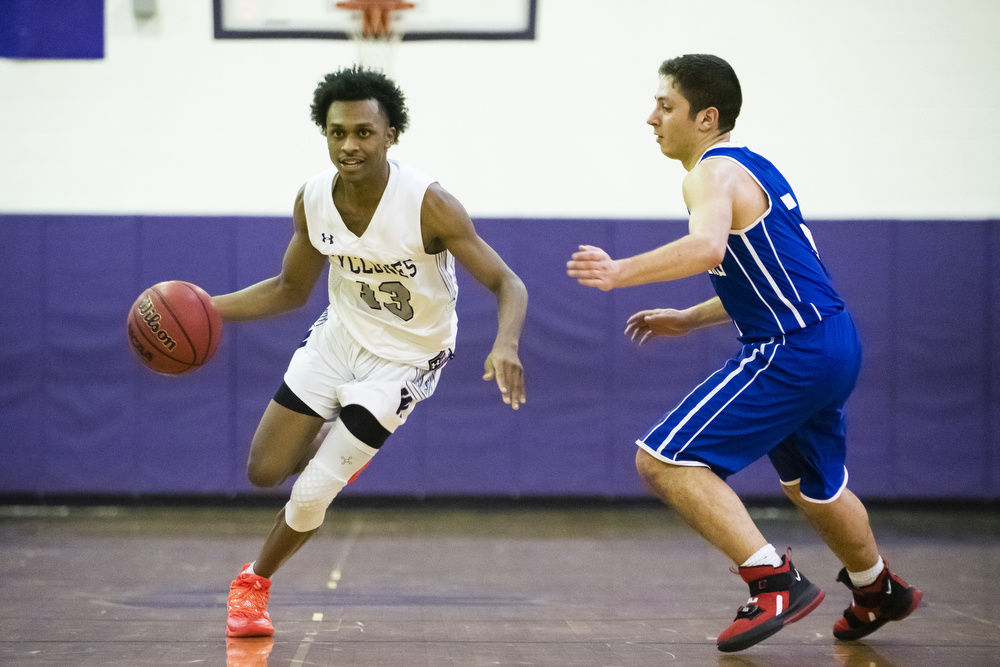 Watertown’s Marlon Hinds-Ventour makes a move to get around a defender during Watertown’s home game against Immaculate Heart on Thursday. Emil Lippe/Watertown Daily Times 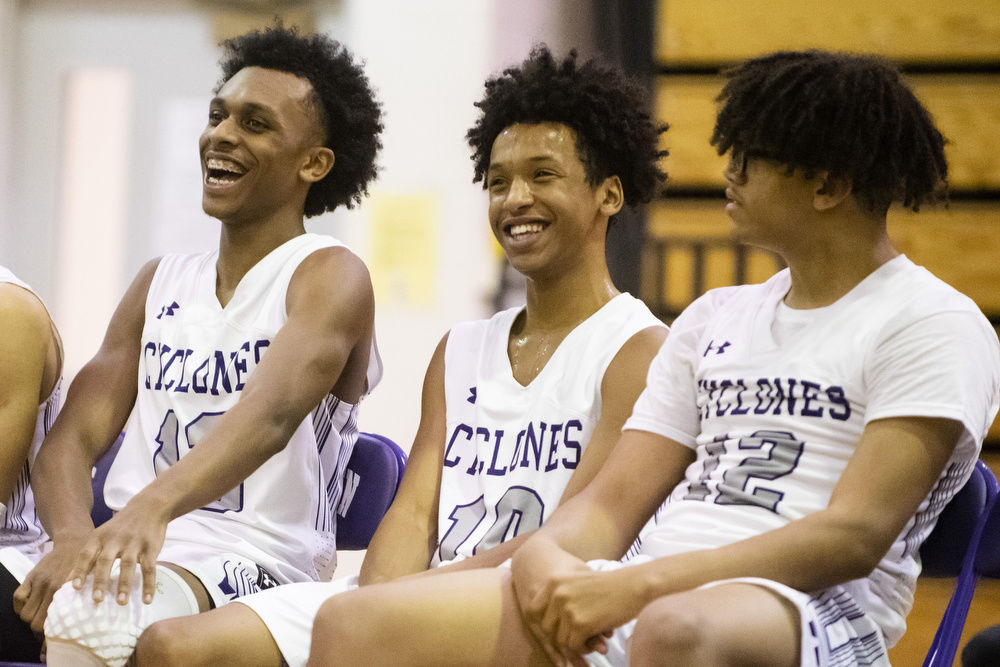 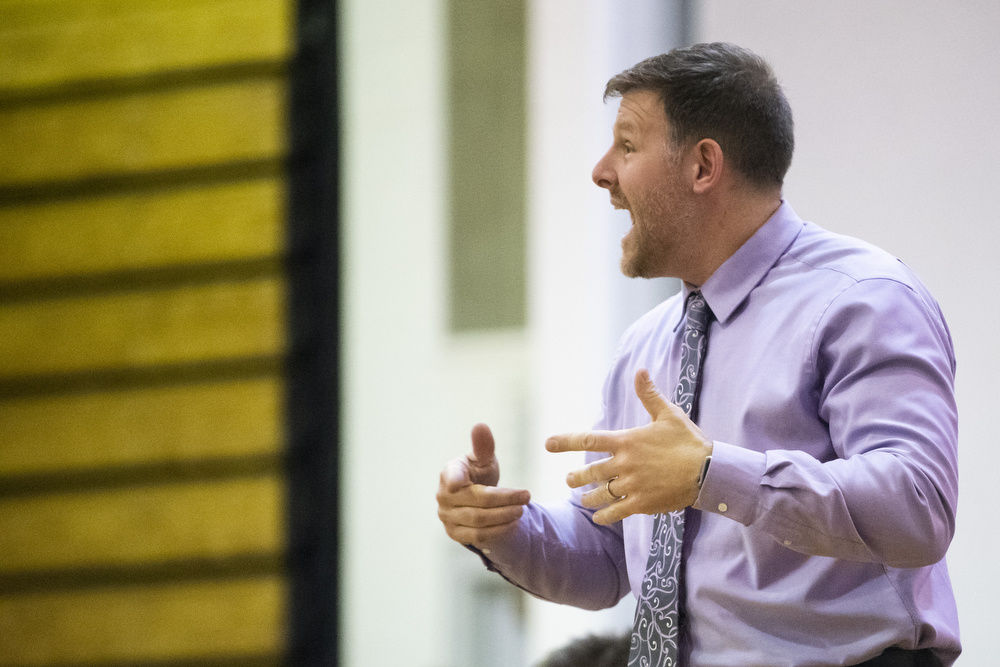 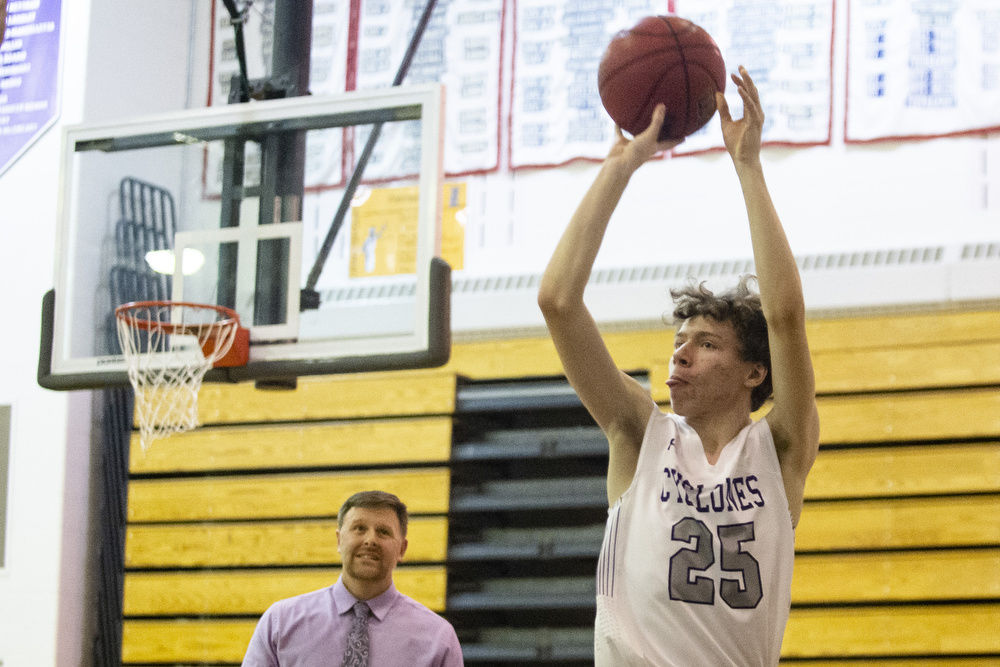 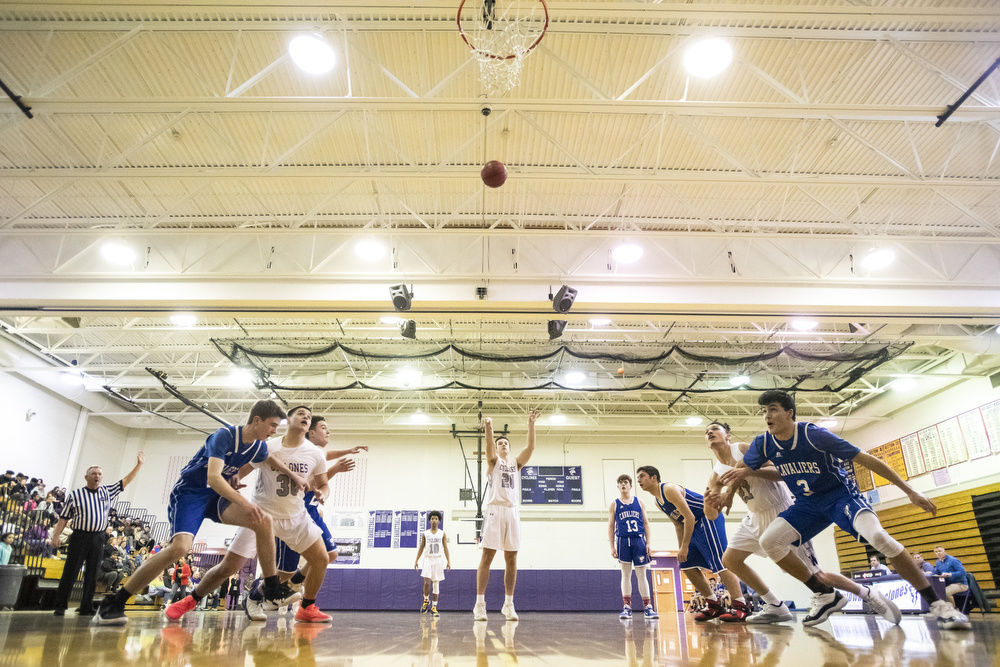 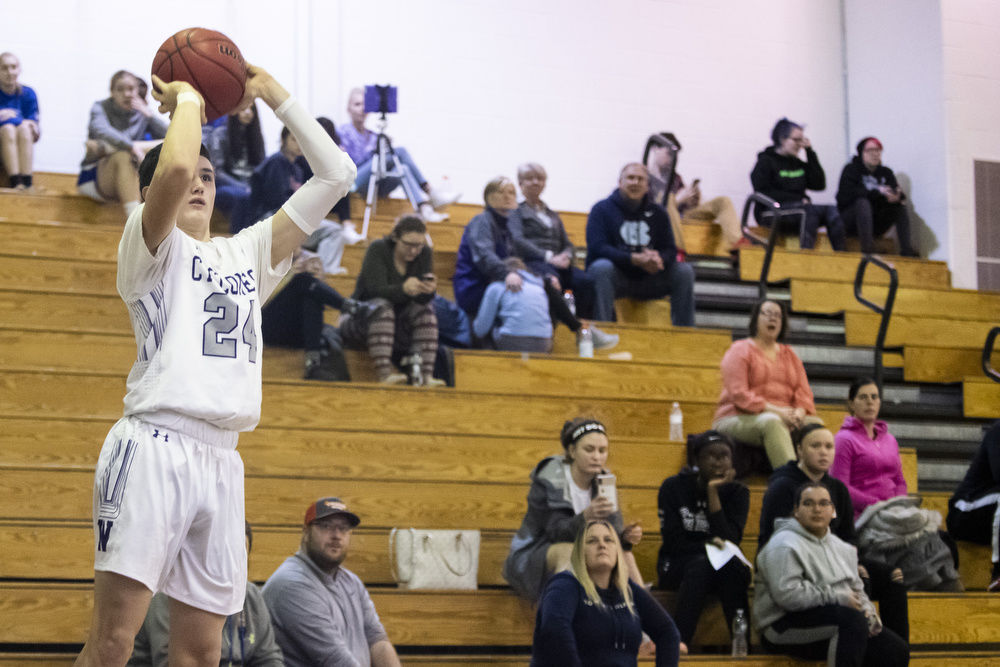 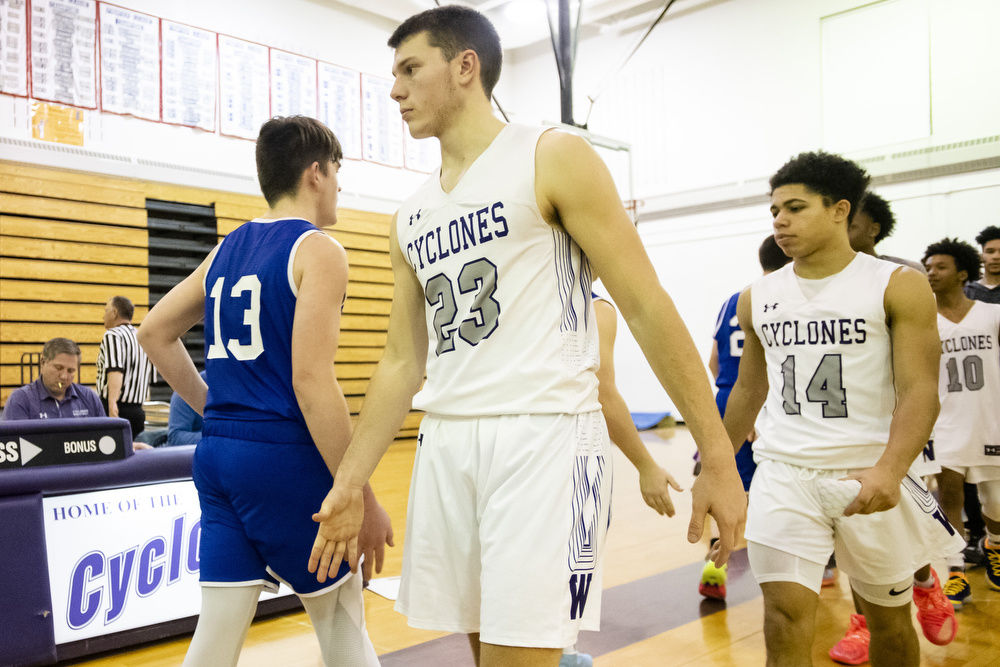 Watertown’s Marlon Hinds-Ventour makes a move to get around a defender during Watertown’s home game against Immaculate Heart on Thursday. Emil Lippe/Watertown Daily Times

Watertown is gearing up to fight for the league crown then make a run at sectionals and part of that success will ride on how productive the bench can be.

“Anytime we play a game, we try to get [bench] guys in game situations, just the speed of the game and the flow of the game, it’s different,” the Cyclones’ veteran coach Britton said. “And if we can get that here, it bleeds into practice, which would help us with the next game and the game after.”

“We’re always trying to see how many different people we can get in and how we can change up the lineup, try to see how we can run with different size,” Hinds-Ventour said. “We know how each one of us plays.”

As the game went on, the two lineups began to mesh together. Peters saw time on the floor alongside Hinds-Ventour and Lopez saw significant minutes with both squads as well.

Harp led the Cyclones with 15 points. In the first half he also unleashed a dunk that hyped up the home crowd. But the ball seldom remained isolated to the same few players. Watertown had put an emphasis on moving the ball around more as of late. Ultimately that led to plenty of open shots, but early it also resulted in a few turnovers and slightly stagnant offense.

“We absolutely passed the ball around more tonight than we have all year, there was a lot of pump fakes, a lot of kicks, that’s what we’ve been trying to work on in order to spread the ball around,” Britton said. “For a couple of games now we hadn’t been moving the ball enough and then finally this game, they came over [to the bench] and I said ‘You went the complete opposite.’ Now you’re passing up open shots for different passes, and they were getting open looks, so you can’t blame them for it. At least with the extra passes, they knew their sets, they were working through them, that’s for sure.”

Immaculate Heart scored in spurts to reach 28 points, a total that’s slightly over their season average. Jacob Grant was responsible for most of the offense. The senior scored 12 points, with Cooper Lawler next at six.

After only scoring two points in the first quarter, the Cavaliers put more offense together in the other three quarters — the most they scored was 10 in the third quarter.

Despite playing against an IHC team that’s had its woes, Watertown always embraces the matchup.

“Regardless of records, Watertown-IHC, it’s always a city rivalry,” Britton said. “The kids know it, the kids are always excited about it, so whenever the purple and white play the blue and white, it’s always a fun time.”

Lopez (10 points) said the team doesn’t really view itself through lens of starters and bench players.

“Everyone is a role player,” Lopez said. “We just got everyone going on and off the bench, starters or not starters, we all get our playing time. Play the same, move the ball and play smart.”