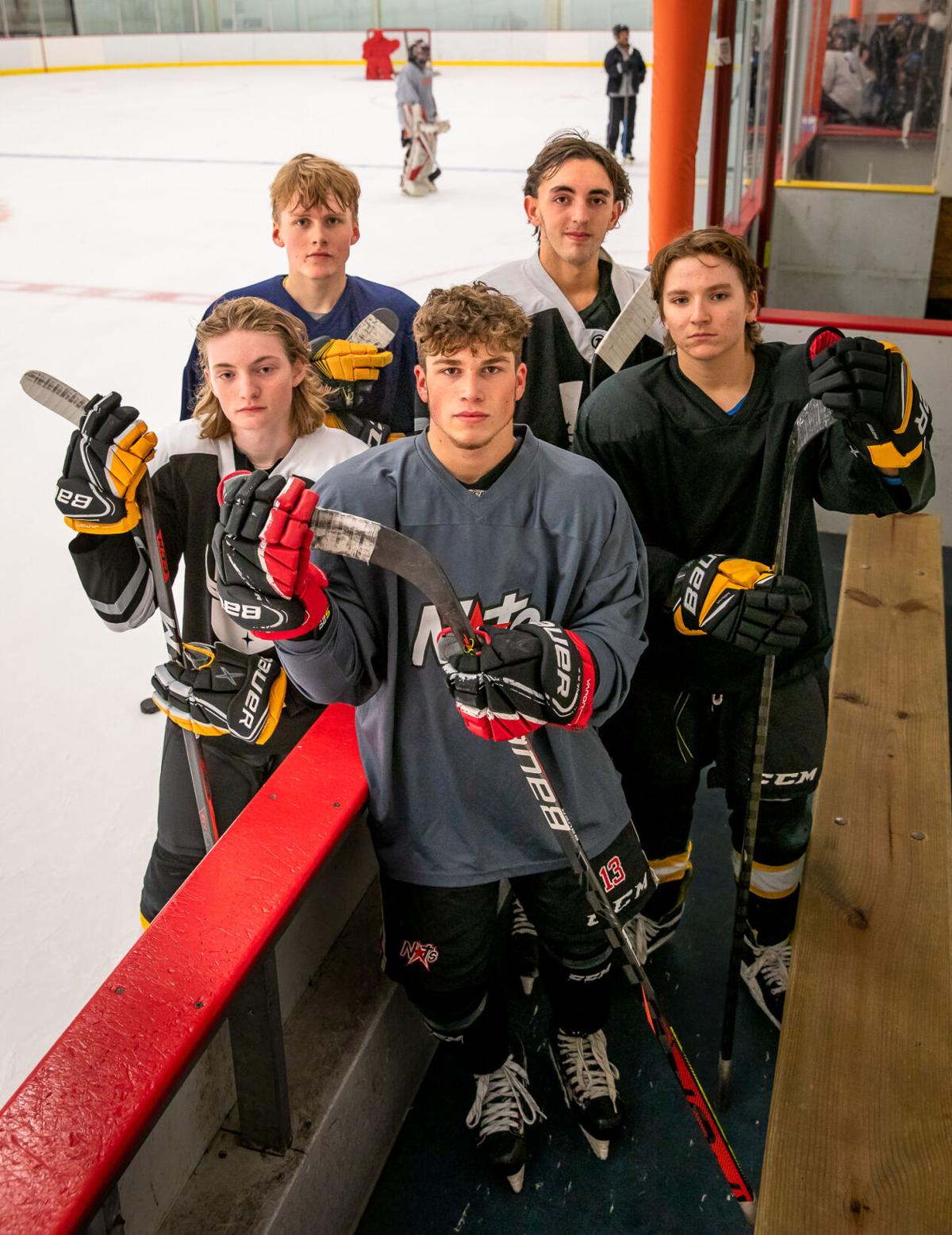 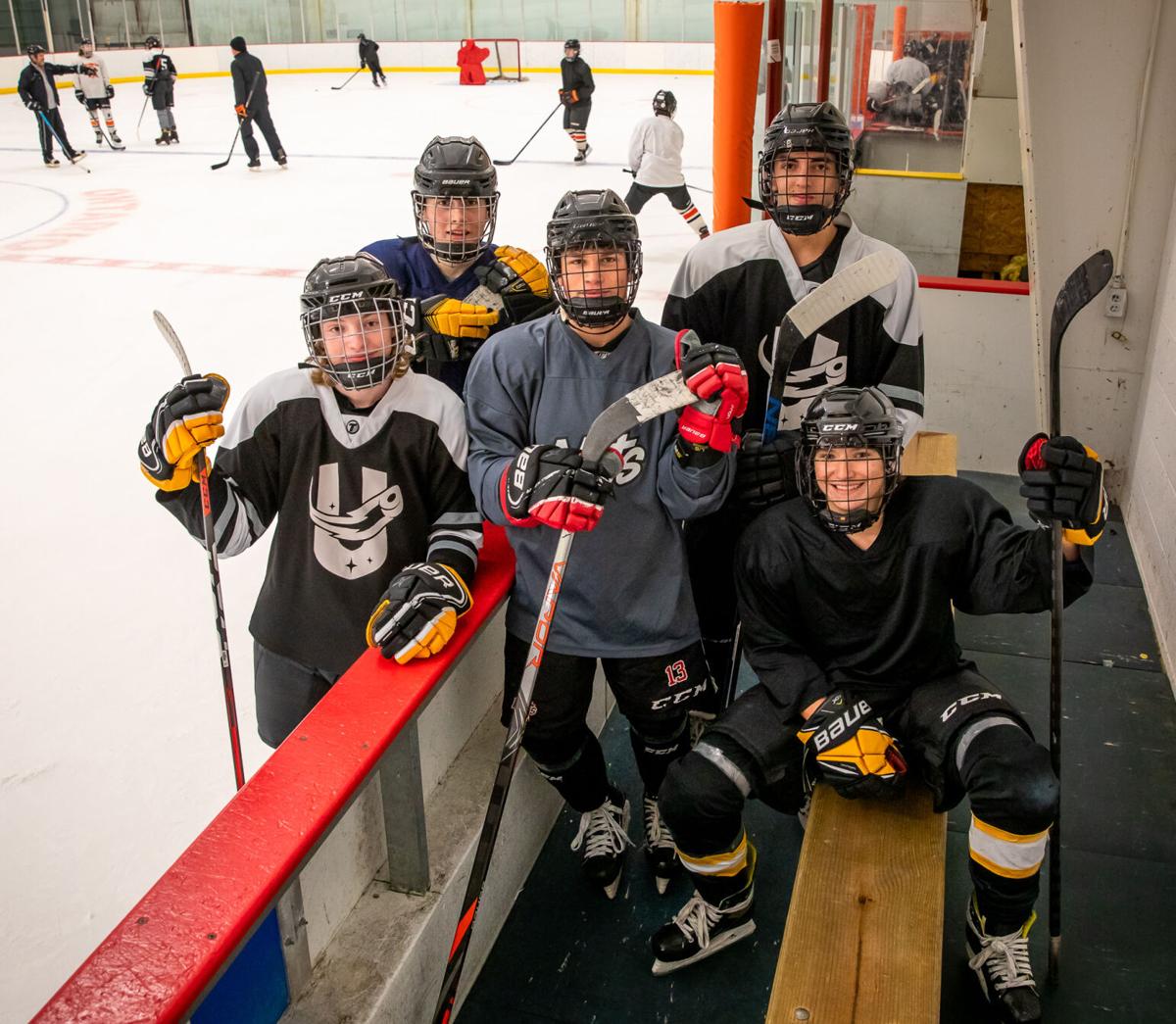 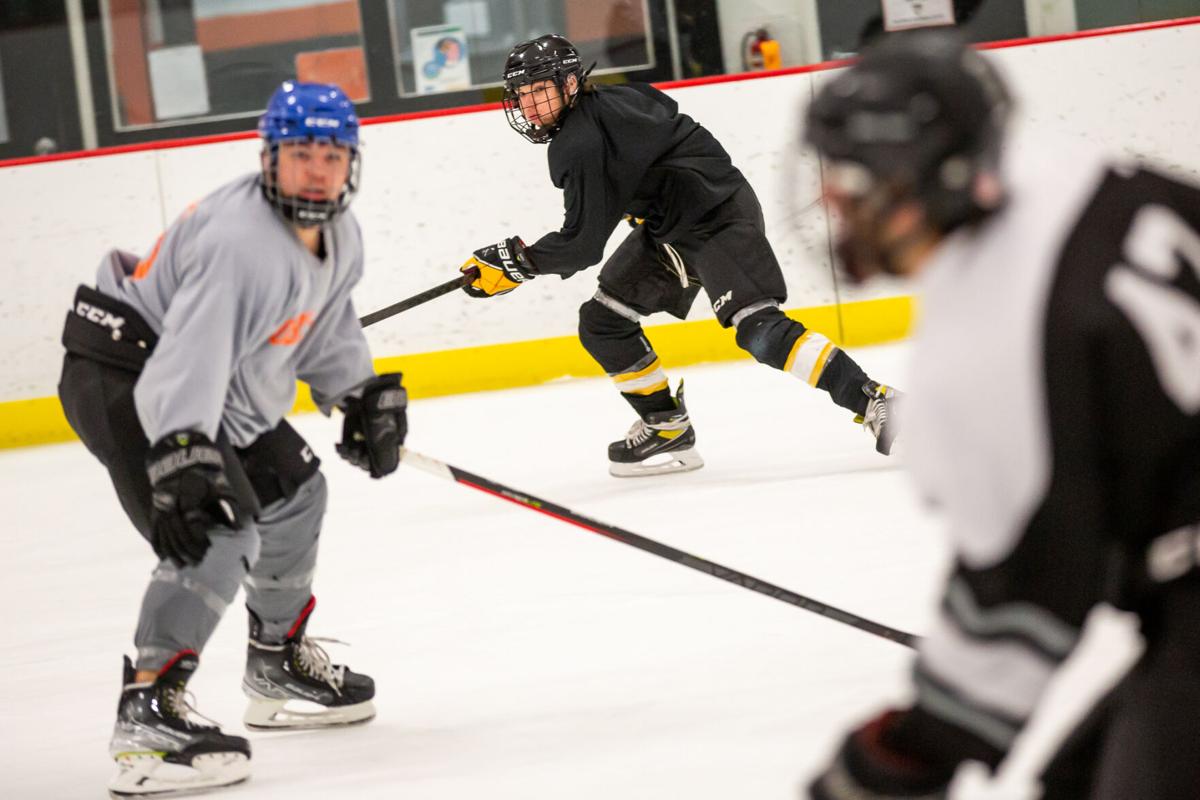 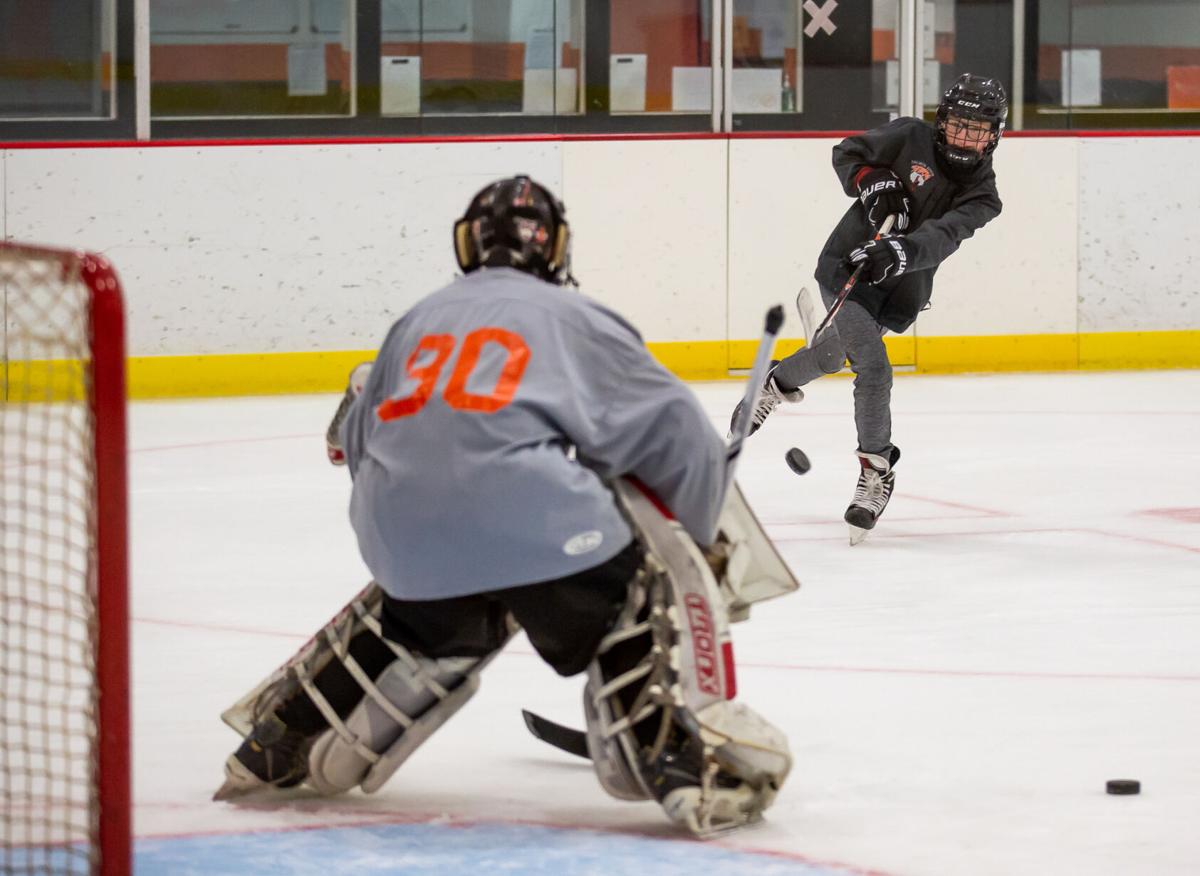 PULASKI — South Jefferson junior Bryce Goodnough perfectly summed up the mentaility of the Ontario Bay Storm varsity boys ice hockey program, which offers an ideal example approaching the high school winter sports season, which is expected to bring communities back together around their beloved area teams.

“We may have a bunch of different schools, but here, we’re just one O’Bay,” Goodnough said.

The Storm is comprised of players from six different districts between Jefferson and Oswego Counties — Pulaski, Sandy Creek, South Jefferson, Sackets Harbor, Mexico and Altmar-Parish-Williamstown — blending to form a self-made neighborhood around the program that was launched as a combined squad in 1995, according to coach Steven Olson.

Ontario Bay recently dropped the puck on the new season, playing at Haldane Arena in Pulaski, where players from all six schools gather to practice daily and play their home games as a single unit.

The season for all area winter sports teams will get under way with indoor mask requirements the only apparent restriction following a season amid the COVID-19 pandemic in which spectators were barred for most of, and in some cases, the entire year.

“We all come to practice day one from all different schools, we don’t see each other for awhile, but we mesh well and do a lot of team bonding,” South Jefferson junior Zach Blevins said. “It’s good to see everyone after awhile, and even the new people, we welcome them in. It’s like a brotherhood.”

“Everyone comes together and pitches in to make this work,” he added. “I don’t know where I’d be if I didn’t have this team, I look forward to getting here every year.”

The first week of practice, for example, was highlighted by players from the Pulaski and Mexico football teams working together on the ice just a few weeks after facing off in an intense battle for the Section 3 Independent Division football championship.

They were happy to convene as teammates with the sports calendar flipping to winter, reconnecting after most initially created strong bonds as members of the Salmon River Storm youth program that feeds into the varsity team.

“It’s a great program, they start you when you’re young and you just meet your future brothers and work with them until you get to where we are, and from there you just want to succeed together,” Goodnough said. “Everyone comes together for a common cause and it’s great to see.”

South Jefferson junior Owen Newton added: “The varsity is really big here and we have a lot of kids from Salmon River (youth hockey) come to our games, you all sort of meet there and then always look forward to playing at this level.”

Pulaski serves as the host school for the merger agreement with Blue Devils athletic director Jim Karcz as the main point of contact, but all six athletic directors and departments work together to coordinate the complicated system. Olson credited Sandra Krebs, the Pulaski assistant principal’s secretary, for taking the lead on those duties this year.

Busses and other travelling details need to be arranged between all six schools as one example of a multitude of issues to consider for all to align on the same page and provide what otherwise would be a nonexistent opportunity for students in each district to play ice hockey.

Several schools around the state have turned to combining to save programs through the years and other sports, notably soccer and wrestling locally, have recently taken a similar approach.

“It’s a ton of work but you just do it, and you get through it and organize yourself because it’s the right thing to do for the players,” said Olson, in his sixth year as head coach.

“It is a lot of work, but the thing with it is that showing up and letting the guys do their stuff is really the reason you do it, so just to watch them have the camaraderie and the fun that they have, it’s nice to see them all have a chance to enjoy the sport.”

The program has cultivated a blended community around the team on the ice that has extended into year-round activities to keep the Storm afloat.

Ontario Bay has a self-operating booster club with volunteers from the various districts involved and hosts a summer golf tournament and other fund-raising events to ensure the team can survive and maintain equipment in a high-price sport.

Their ice time for practices is donated by the Salmon River youth program, which leases the rink at Haldane Arena from September-May each year and is responsible for upkeep. Varsity players express their gratitude by volunteering to help sweep and mop the venue and donating time to work with the youth teams.

“That’s really how we run here,” Pulaski senior Casey Wilson said. “We run as a community, and we run it together, there is no individual. It’s really overall a community effort, a bunch of volunteers, and it’s a great atmosphere.”

The Storm has now sustained for more than 25 years, leading Olson to unveiling a box of old programs, news clippings, and rosters prior to a recent practice. Players poured over the artifacts and found older relatives and parents on some of the initial teams.

This year’s squad will be led by five longtime contributors — Goodnough, Blevins, Newton, Wilson, and Pulaski senior Matthew Olson — who are determined to extend that tradition while turning around the Storm’s recent on-ice history.

Ontario Bay went 0-6 last year in the condensed winter season due to COVID-19 concerns, and just 1-17 the year prior. The Storm will again compete as members of Section 3 Division I.

“I think my biggest goal, and I think it’s the same for a lot of us, just coming and winning some games and really making a name for ourselves in this league,” Matthew Olson said. “Because the past few years we’ve been working at it and just haven’t been too successful, but I think this year we have a young and enthusiastic team, and we can make something happen with it.”