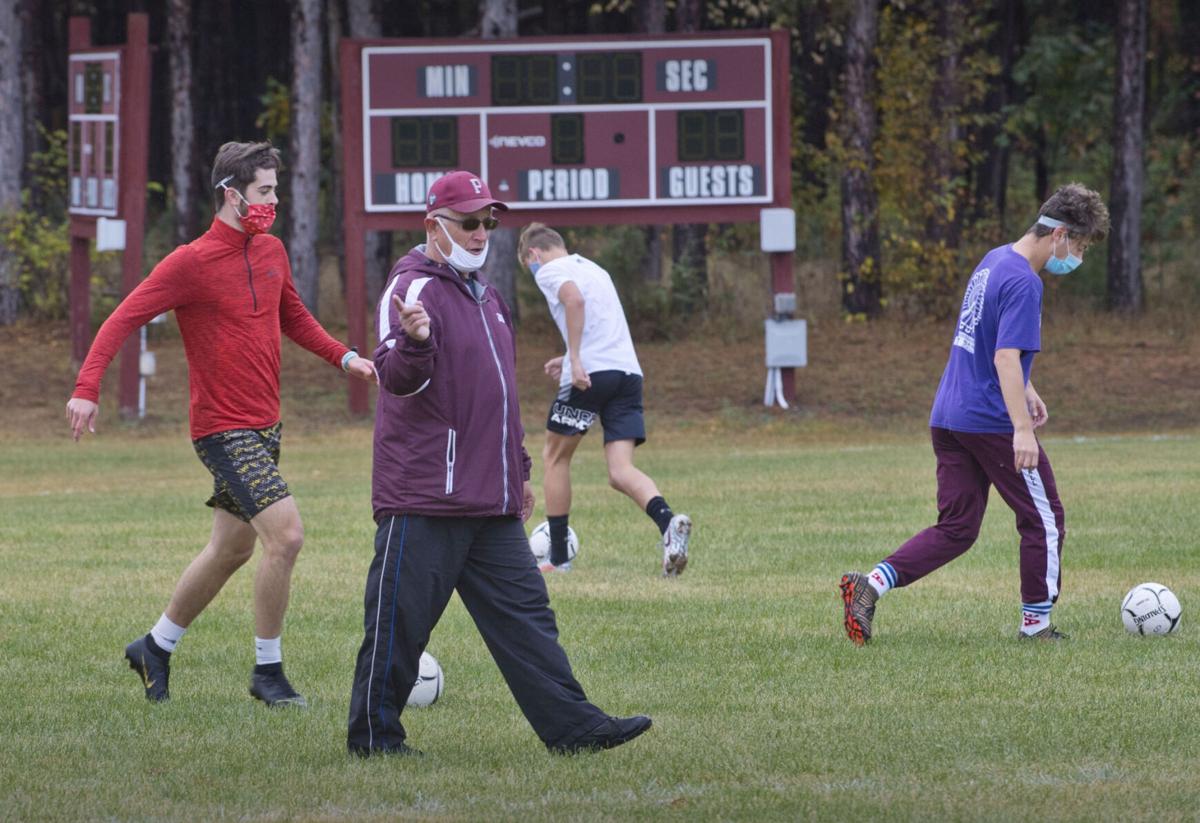 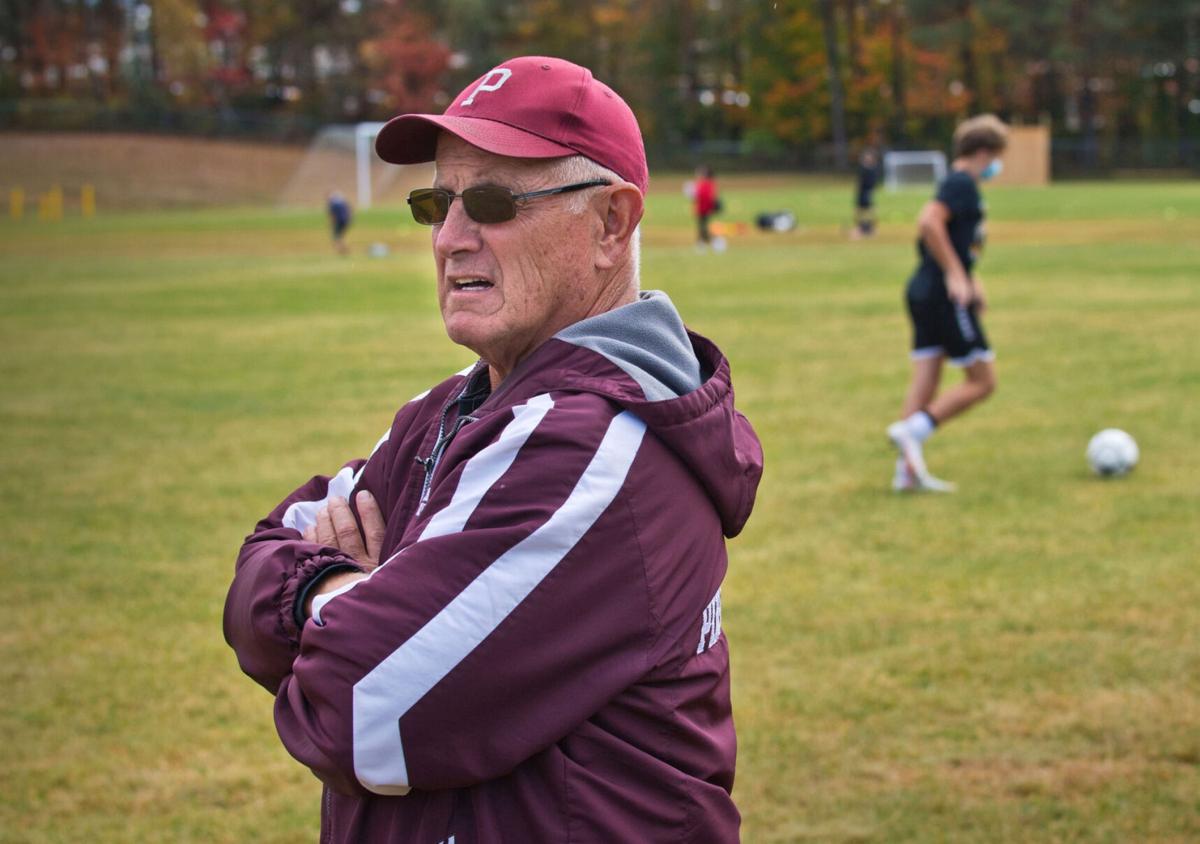 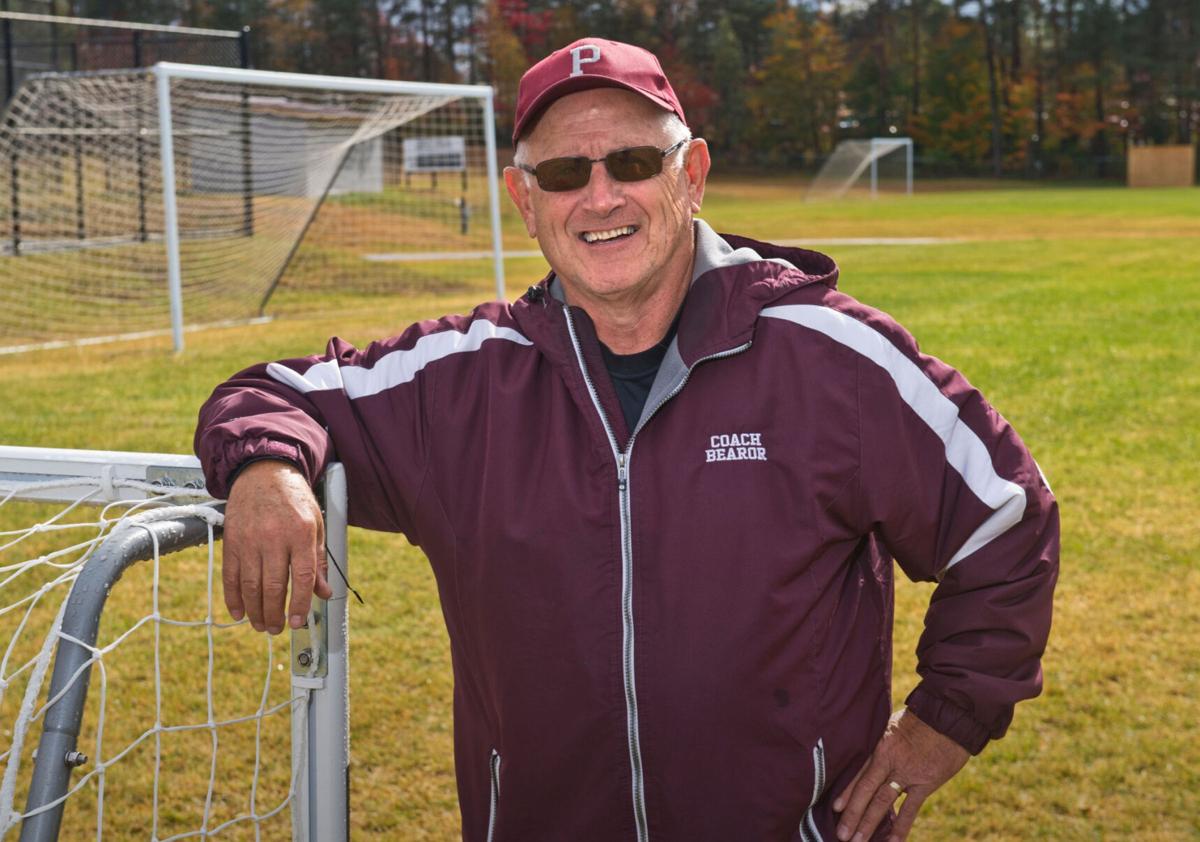 HARRISVILLE — Five years ago, Rick Bearor was retired as a high school boys soccer coach, staying in the game as a referee and working as a town judge in Harrisville.

As the 2020 Section 10 boys soccer season starts this week, Bearor finds himself in the fifth year of his return as the Pirates coach and about to become the winningest coach in Section 10 history.

Bearor, who grew up in Edwards, is tied with the late Roger Dusharm with 406 wins. Dusharm was in high school when Bearor was an elementary school student so he admired Dusharm long before he established himself as a successful high school coach at Canton.

“When I retired (as a teacher) they wanted to know if I still wanted to coach,” Bearor said. “I said I would only coach if they couldn’t find somebody who would do an adequate job. They found Shane Countryman and he did a super job. He took another job and they really couldn’t get anyone that they thought would do a real good job so they wanted to know if I’d be interested. I don’t know if they’ve looked again.”

Bearor coaches in the Northern Athletic Conference’s West Division at a Class D school and Dusharm coached Canton, which is in the Central and has been both a Class B and C school over the years. The two met a few times on the soccer field as opposing coaches.

“I always admired Roger because we were both from the same school,” Bearor said. “I was in awe of him as a high school player. We were kind of close to one another. I would come over and scrimmage Roger once in a while. I liked his demeanor as a coach. He didn’t yell. He didn’t scream. But you could tell when he spoke the kids listened. When he got on a (referee), and that wasn’t often, they listened and 99 percent of the time he was right. His kids were always so well-prepared. He developed a nice feeder program, and he would make his veteran players work with kids in the summer, helping to mentor the kids.

“I always admired the structure his kids ran through,” he added. “They were all so well-disciplined. They were just so fundamentally sound and in excellent same. The kids could play such strong soccer. You never really caught him off guard for anything. He was prepared for any situation that would occur in a game.”

Bearor, 69, said he has changed as a coach, especially in his second stint. He doesn’t take the losses as hard or stress out as much the day before a big game. He coaches players whose parents and grandparents have played for him and knows they joke about him being different now.

“I hear that all the time, ‘Boy coach, you’ve gotten soft,’ ” Bearor joked. “The kids on the team don’t think that.”

To do anything as long as Bearor does, it has to mean more than just the results on the field.

“You like to see a kid develop after two or three years of working with them,” Bearor said. “(Former Colton-Pierrepont coach) Tim Hennessy told me a long time ago a kid doesn’t know the game of soccer until he’s had 100 games under his belt. The more I’ve coached the more I realize Tim was right. It seems like at a certain point the game slows down for the kid and they don’t struggle to play. It’s so much easier for them to play. My biggest joy is to watch those kids have success and see what you show them and tell them actually works.”

The fact that current players, grandparents and parents are still around the area is something that also makes the job special for Bearor. As a judge, he joked that he sometimes hears the cases when one of his past players has gotten a speeding ticket and tells them they can’t call him coach when he’s at his other job.

“That’s so unique,” said Bearor, a grandfather of nine. “I’ve gotten to coach my two sons, see my daughter play in a state (soccer) championship game. My kids grew up in the field or the gym and they’ve grown up to be good men and women.”

Lisbon dominated the West Division last season, finishing with a perfect 12-0 record. The Golden Knights are expected to return three standouts from that team in senior Jackson LaRock and juniors Ben LaRock and Miles Gendebien. Harrisville finished 9-3 last year but lost a lot of key players to graduation. Hermon-DeKalb was 6-6 a year ago.

Parishville-Hopkinton was the best team in the East last year with an 11-1-2 record and the Panthers return All-North senior Peyton Snell. Madrid-Waddington (11-2-1) will contend. Other top teams from the East last year were Chateaugay (9-4-1), Colton-Pierrepont (8-5-1) and Brushton-Moira (8-6). Mason Frary, who was on the Times All-North team last year, returns for St. Lawrence Central.

Malone was the top team in the Central last year (8-2), and the Huskies bring back Section 10’s top player from a year ago, Hans Schumacher, a midfielder who scored 15 goals with nine assists. Malone also returns standout Keith Shafer.