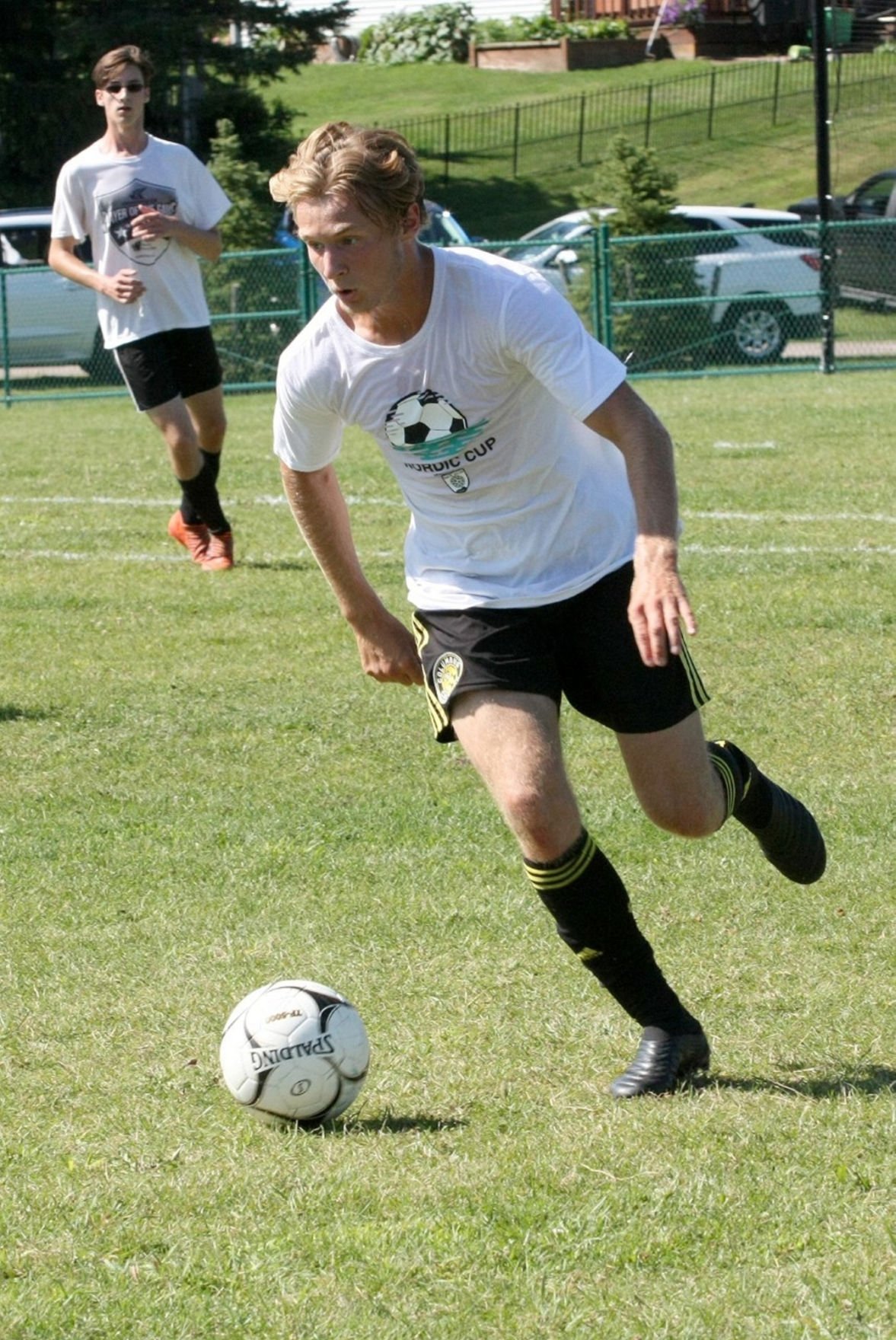 Junior Hans Schumacher is talented enough to score 30 goals a game but more valuable to his team playing defense and setting up scorers.JOHN GOKEY/MALONE TELEGRAM 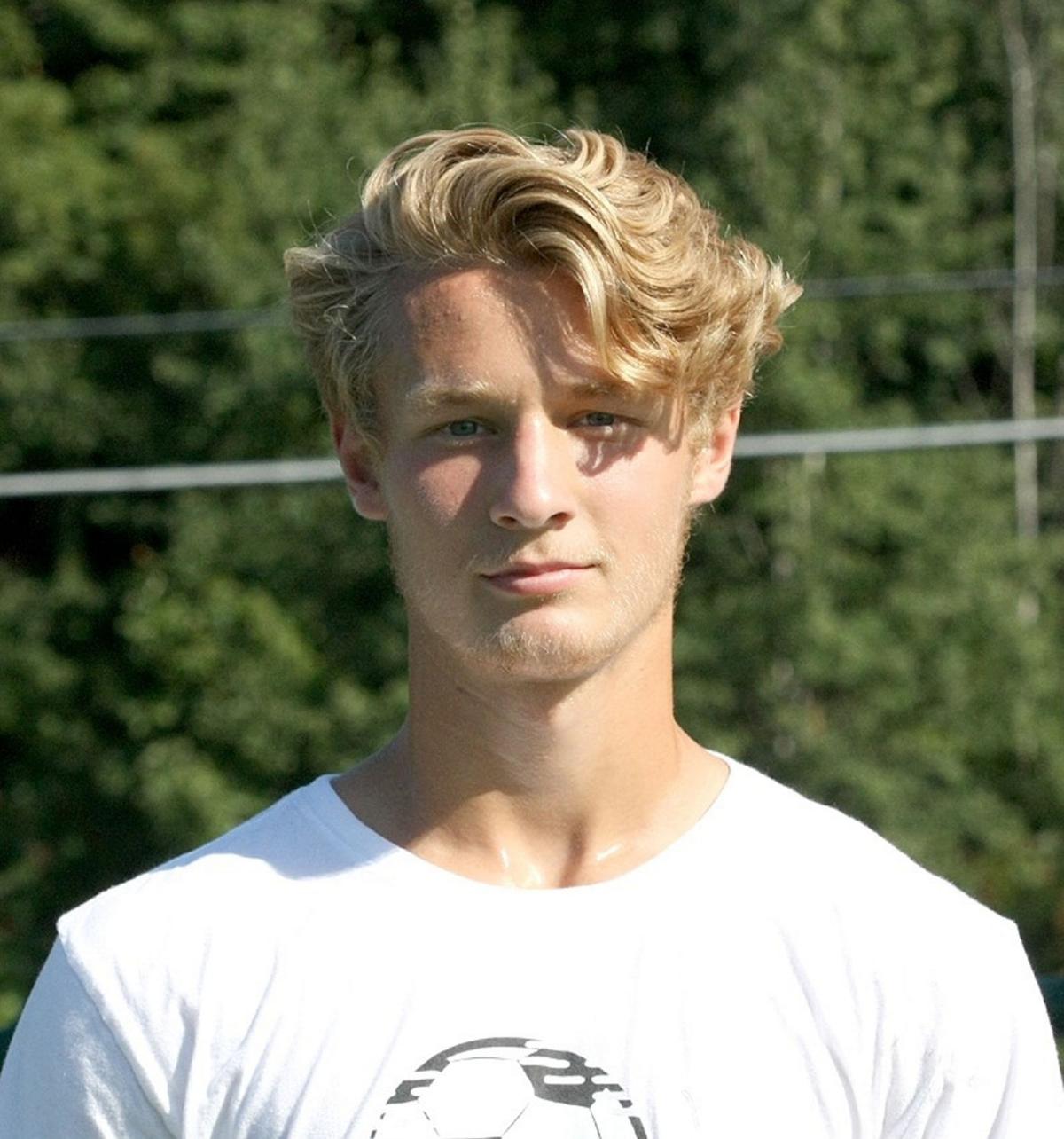 Junior Hans Schumacher is talented enough to score 30 goals a game but more valuable to his team playing defense and setting up scorers.JOHN GOKEY/MALONE TELEGRAM

MALONE — Often high school coaches will compliment a player, saying he is like having another coach on the field.

For the Malone boys soccer team, junior midfielder Hans Schumacher is literally a coach on the field.

When he’s not participating in varsity activities, Schumacher coaches a team of 11- and 12-year olds. He’s coached that team long enough that next year some of his former players will join him on the Malone varsity squad.

“I’ve been watching soccer for 16 years now,” Schumacher said. “I always had my own ideas in my head. It’s interesting. I know how to do the things I’m trying to teach them. It develops my patience with other players. My dad (Stefan) was always my rec league coach. He taught me his methods.”

Schumacher totaled 15 goals and six assists for the Huskies last year and has such a good all-around game that several Section 10 coaches have praised him.

“College (coaches) want to see a player who can make the other people around him better and he’s really good at doing that,” Huskies coach Chris Yaw said. “Instead of being the star himself, he can bring up the level of play around him, no matter where I put him. He can make (players) look better than they are.

“He is kind of like a commander of an army, really good at directing things, making plays happen. He has a terrific shot with both feet. When you watch, he’s like the ringleader. We are relying on him too much right now, but he can really direct things and run the show and make plays happen. People will draw to him but my guys have to understand Hans might do something great, and that great thing might be a pass to you and if you aren’t ready for it, we are done.”

With Schumacher’s skills he could be one of the top goal scorers in Section 10, but his overall game is too valuable for Yaw to use him strictly for attacks.

“We played a (scrimmage) and he had three goals,” Yaw said. “I kept taking him off the field. He could score, but the problem is we weren’t getting the back up to the front. With a player of his quality I give him a lot of play in the field. He’s also fast, and I know he’ll chase (defensively) back. I’ve even played him center (defense). We talked about him playing stopper for me, and moving forward from there. He can be a huge goal scorer but we are trying to build from the back. He’s going to try to control the midfield and be involved in every play at some point.”

Because he is a student of the game, Schumacher does not mind playing wherever Yaw believes he can be of the most help.

“When I play at the club level I am always in the defensive mind-set,” Schumacher said. “If I score more than three goals a season my coach is patting me on the back. Down here, when I’m playing for (Malone), my role is to score goals or set them up. I like my role. I think it’s definitely important to the team. I strive more when I am passing the ball. It’s cool if I scored 30 goals a season, but maybe we win three games. I want to win the games and I’ll do whatever it takes for my team.”

Schumacher said he wants to play NCAA Division I soccer and is interested in the University of Vermont. He also has gone to a camp at Villanova.

He lives in Owls Head, a small town south of Malone, and said his house is on top of a mountain. It’s so remote that when the two prisoners escaped from Dannemora’s prison a few years ago they were hiding in a camp about five miles from his house.

“I have a good relationship with (Vermont coach Rob Dow) and I like their style of play,” Schumacher said. “I’m going to stay in the Northeast. I don’t want to go too far from home. My dad will want to come to games.”

Malone went just 2-7-1 in the Central Division last year, but upset Massena 1-0 in overtime in the Section 10 Class A championship game before the season ended with a 4-0 loss to Section 3’s Fulton in a state quarterfinal.

Canton won the regular-season title in the division with an 8-2 record and beat Salmon River 2-1 in the Class B championship game. The Golden Bears also reached the state quarterfinals but lost 1-0 to Section 2’s Chalmont in overtime.

Madrid-Waddington finished a game ahead of Chateaugay to take the East Division title and beat Brushton-Moira 2-0 in the Class C championship game. The Yellowjackets reached the state final four after beating Section 2’s Maple Hill 1-0 and Section 7’s Seton Catholic 1-0 in the state playoffs.

Heuvelton was the top team in the West a year ago with an 11-1 record, followed by Harrisville at 9-2-1. The Bulldogs held off Chateaugay 3-2 to claim the Section 10 Class D title.