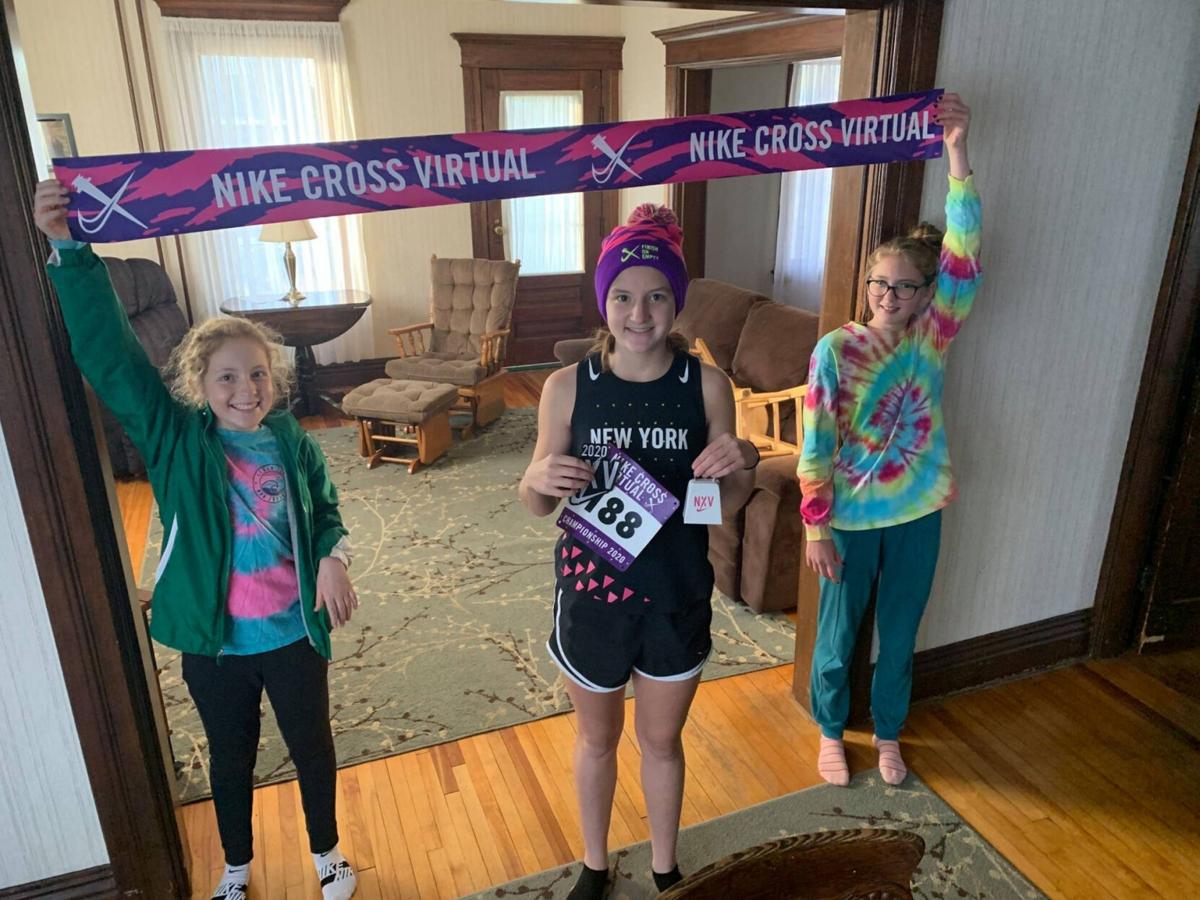 Grace Davis, center, stands under the finish line tape sent to her by Nike in advance of her competing in the virtual race. Provided photo 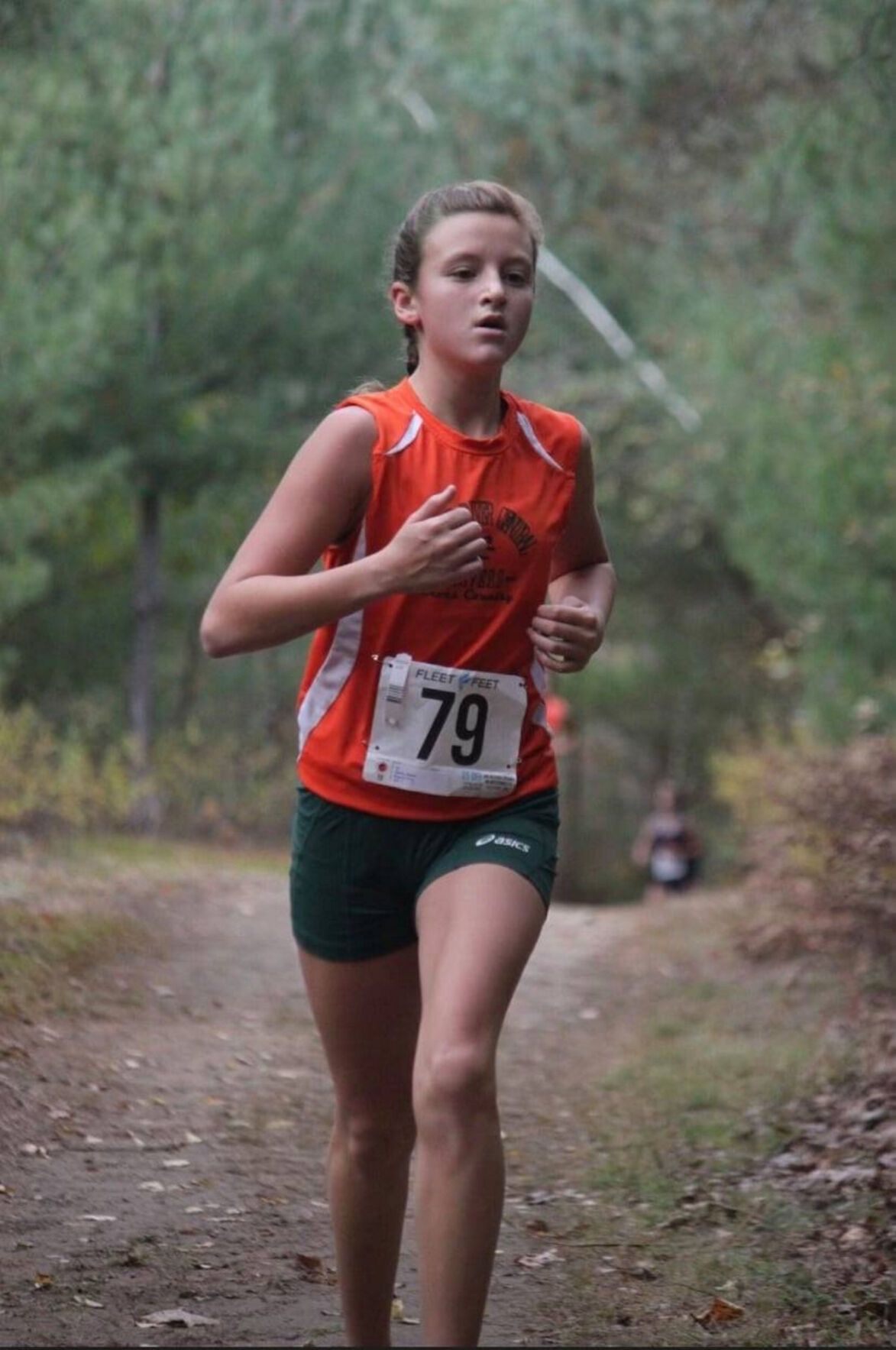 Grace Davis, center, stands under the finish line tape sent to her by Nike in advance of her competing in the virtual race. Provided photo

Like most everything else, running has gone virtual. On top of their shortened Frontier League schedule, Beaver River competed in the Nike Cross Virtual race series this fall.

For Grace Davis, an eighth grader on the girls cross country team, participation in those races earned her a spot in the Nike Cross Virtual Championship race this past week.

Like the name suggests, the race was run virtually, with participants from all over the country clocking their own times.

Davis, who participated in five of the Nike Cross Virtual races so far this year, finished the 5K Championship race Thursday with a time of 22 minutes, 59.2 seconds. Davis’ placing isn’t set as times are still being submitted.

She found out she qualified two weeks ago when Nike sent a box to her house that included a bib for the run and a Nike Cross Virtual finish line tape among other things.

“I was really excited to see it,” Davis said. “Because I never thought that was going to happen.”

Davis continued to race in the series even after Beaver River called off all of its athletics due to two positive COVID-19 cases at the school. Her best time came on Oct. 18, the Nike Cross Virtual Week 4 race, when she finished the 5K with a 21:52.00 time, a personal record.

Often training with her was her teammate and friend Ava Campeau.

As the only two eighth graders on the girls varsity cross country team, Davis and Campeau had a bond that made them better runners.

“They’re so great in that they can train really hard, but they can also beat each other,” said Nicole Kuhl, Beaver River’s girls cross country coach. “Inside, they really want to beat each other, but when it’s all said and done, no matter whether it’s one repeat or one race, they’re still best friends when they finish. They’re cheering for each other, their sportsmanship is so high, it’s really wonderful to see.”

When she set out to record her time for the Nike Cross Virtual Championship, Davis had to run the Beaver River course alone, a strange feeling. More often than not she’s running with a pack of teammates who motivate her.

Nevertheless, getting to compete in a Nike championship race at such a young age is huge for her development as a runner.

“That I think is the best part about this event, is that it gives her a little glimpse of what it is to get to a championship level,” Kuhl said. “And even though this year was very different with everything and the season we got to have, and even though the championship race was virtual, it still can compare in a regular season to making it to that next level. She’s so young and self-motivated to do the extra to get to qualify, so I’m very excited for her future.”

While the 2020 cross country season was short, it proved to be a great learning season for Davis.

“It’s definitely different to come from modified where you’re running 1.5 miles up to a 5K distance, but she’s a workhorse, so she was able to figure it out,” Kuhl said. “I wish we would have had more racing opportunities for her to get more experience, but I mean it was a good learning year for her and think she’s going to be able to use what she learned for next season.”