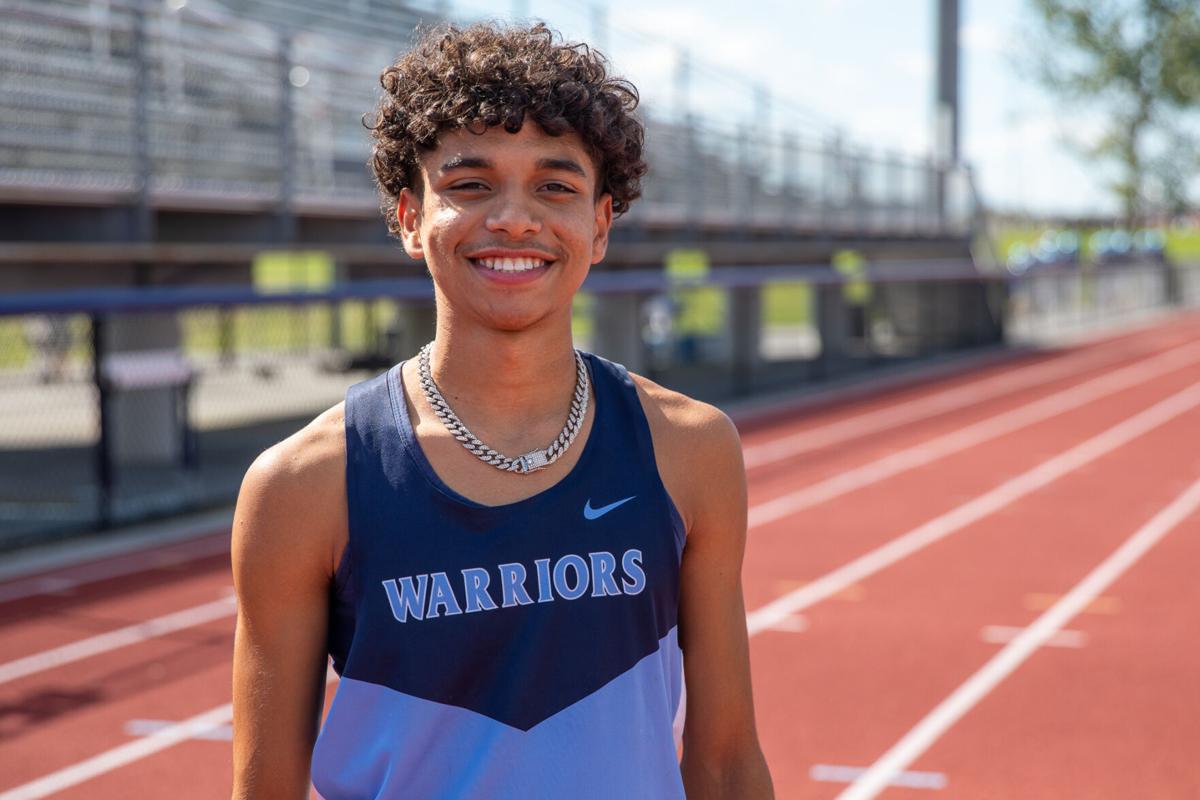 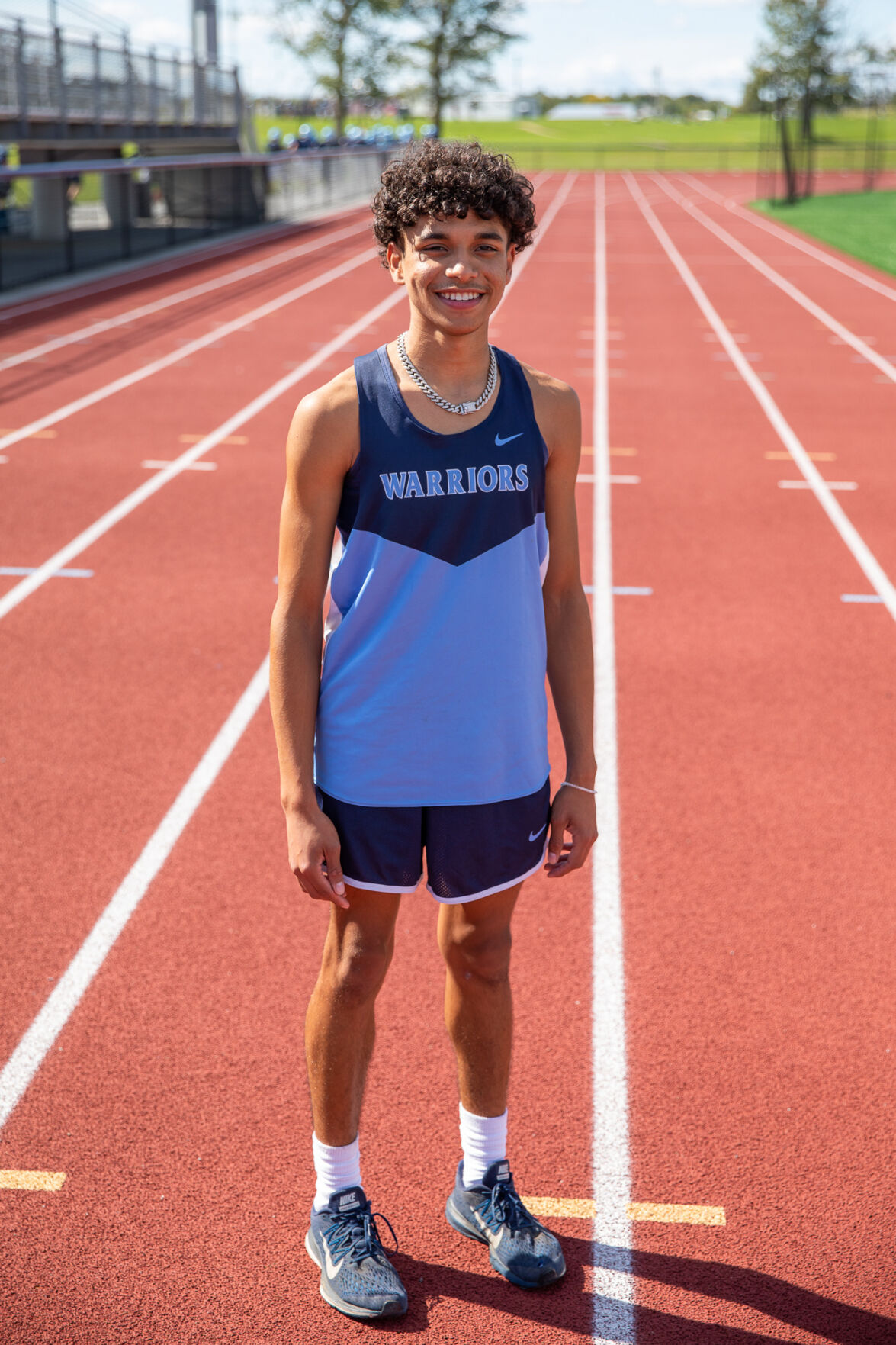 Hector Ramos stands for a photo on the track at Indian River High school on Monday. Kara Dry/Watertown Daily Times

Hector Ramos stands for a photo on the track at Indian River High school on Monday. Kara Dry/Watertown Daily Times

PHILADELPHIA — Indian River junior Hector Ramos is looking to carry over the momentum he established in the spring into this fall.

The Warriors runner was unbeaten in the abbreviated Fall Sports II season that was moved to March due to the COVID-19 pandemic, which also feature runners wearing masks during races. That season was unique as most races were conducted on shortened courses that could be treacherous as the north country winter left its mark on the trails.

“Usually the season (in the fall) starts off warm and gets colder, but it was cold all the time,” Ramos said of the spring. “We were kind of used to it.”

The season also had a limited field as Beaver River and South Lewis had already competed in a traditional but shortened fall of 2020. Only Indian River, Watertown, Thousand Islands and Sandy Creek competed in the Fall Sports II season as Carthage did not compete.

“It kind of gave our kids a different look,” Indian River coach Dave Rowley said. “We’ve been near the bottom (of the standings) and it gave us a chance to shine a little bit more.”

Ramos knows the competition level will increase as Beaver River, South Lewis and Carthage return to the schedule. However, he welcomes seeing those top runners back.

“I’m pretty excited to have them back,” Ramos said. “They’ve got some good runners down there.”

Ramos can also draw from competition on his own squad thanks to his teammate and fellow junior Elijah Johnston. The Frontier League All-Star duo was at or near the top of the race order during the Fall II season and the pair feeds off each other.

“We know how each other runs and that pushes us to better,” Ramos said.

Rowley has coached the duo and moved up with them since they were all together in modified. He said the duo’s familiarity with each other helps them to become better runners.

“They know each other really well and Elijah knows that if Hector is going, (he’s) got to go with him,” Rowley said.

Indian River has a shot to win its first Frontier League “A” Division title since its return to competition in 2012. The Warriors went 5-0 during the shortened spring season and are looking keep that positive energy going into division crown.

“We’ve got a big one Wednesday with Carthage and South Jefferson and we all posted similar times at the V-V-S Invitational,” Rowley said of last Saturday’s event.

The Warriors are looking forward to testing themselves outside of the section with another weekend invitational meets at East Syracuse-Minoa on Saturday. Ramos finished 30th in the Vernon-Verona-Sherrill Invitational, but knows he can improve on his time of 20:02.3 in which he finished 28th in the Varsity 3 race.

“I’ve got to work on my pacing,” Ramos said. “I started off kind of slow.”

Rowley is hoping that the success of the program in the spring and the prospects for this season raise its profile in a school where football and soccer are king in the fall. The Warriors didn’t field a team for a few seasons in the 2000s until 2012.

“Cross country has kind of been an afterthought and we’re trying to build this thing back up from the bottom,” Rowley said. “We went a couple of years without before we brought it back.”

Ramos said his goals are to try to qualify for the state meet and reach a time of 16:30 on a standard 3.1-mile course. Indian River starts its season Wednesday in Adams in the three-way meet with Carthage at host South Jefferson.

Outlook: Indian River is looking to build off its strong Fall Sports II season thanks to Hector Ramos and Elijah Johnston. Carthage is a young team, but does have some military transfers coming into the fold. The Comets got a strong showing from Brogan Fielding, who placed 24th overall at the Vernon-Verona-Sherrill Invitational. South Jefferson is also a very youthful squad that hopes to emulate the “Beaver River” mentality of competing as a pack. Zach Kilburn will be one of the better runners for a Watertown team looking to compete.

Outlook: Beaver River and South Lewis will be two of the top teams in the division. Collin Stafford of South Lewis was third overall at the V-V-S Invitational, which featured the best runners in Section 3. Beaver River did lose talented runners like Connor Demo, Hunter Moore and Conrad Freed, but still boasts Colton Kempney and Brayden Campeau. Thousand Islands will have Michael McCarthy and Jack Natali as runners to watch. Sandy Creek has a new coach in Jason Moyer.

Outlook: South Jefferson is one of the deeper teams and is a favorite in the division. Alexa Doe and Karsyn Burnash will be two of the Spartans top runners. Carthage will compete after sitting out the Fall Sports II like the boys program did. McKinley Fielding looks to be recovered from injuries and will pace the Comets. Indian River will be led by Summer Brookover and Kierra Gabriel. Watertown’s Ella Valentine is the Cyclones’ top runner and looking to make a strong showing in the league meet in October.

Outlook: South Lewis comes in as the top-ranked team in Class D in the preseason. Sisters Lexi Bernard and Brynn Bernard will be helped by Mallory Kraeger, Grace Bailey and Madison Rhubart. Beaver River is paced by Grace Davis, Anna Roggie and Ava Campeau. Thousand Islands will look to get strong runs from Anna Huizenga and Hazel Cleave. Sandy Creek will look to replace Emily Yousey, who is now running at SUNY Potsdam.