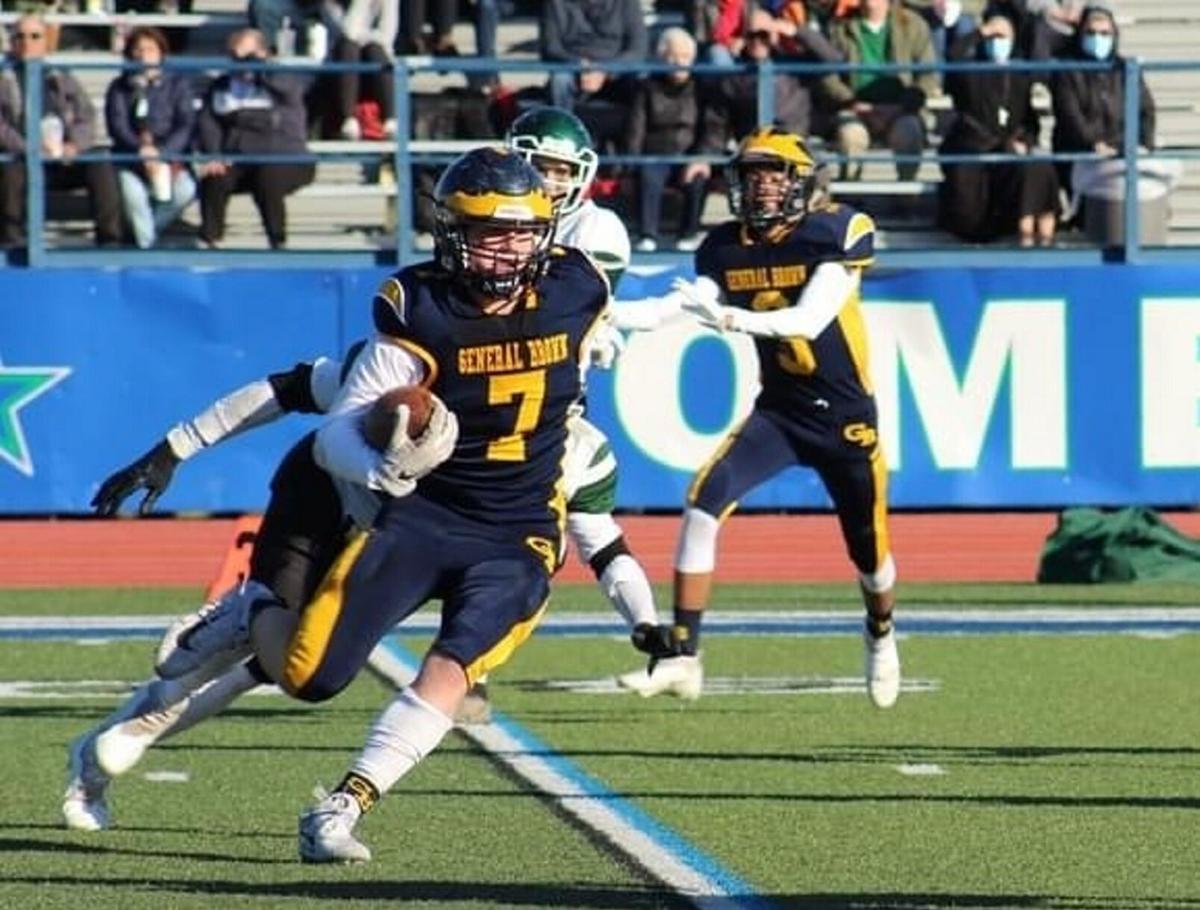 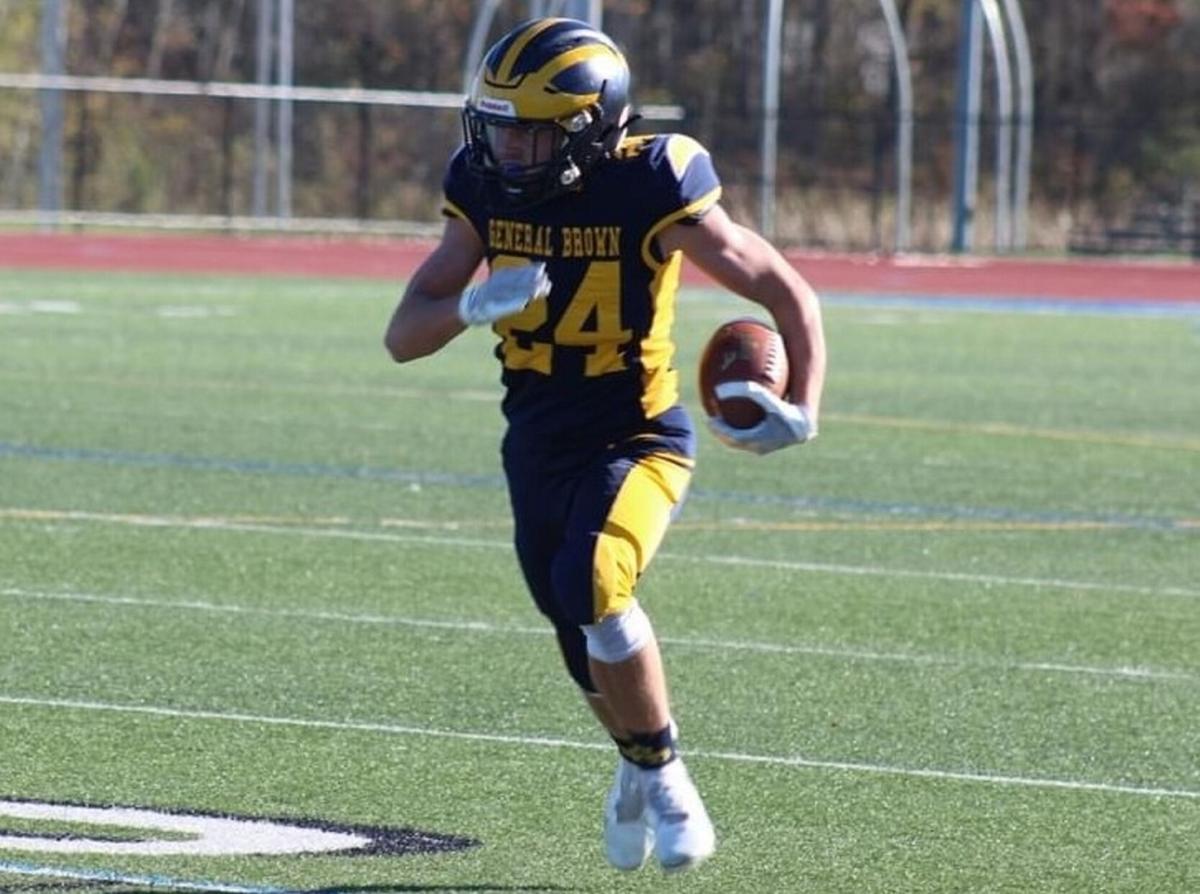 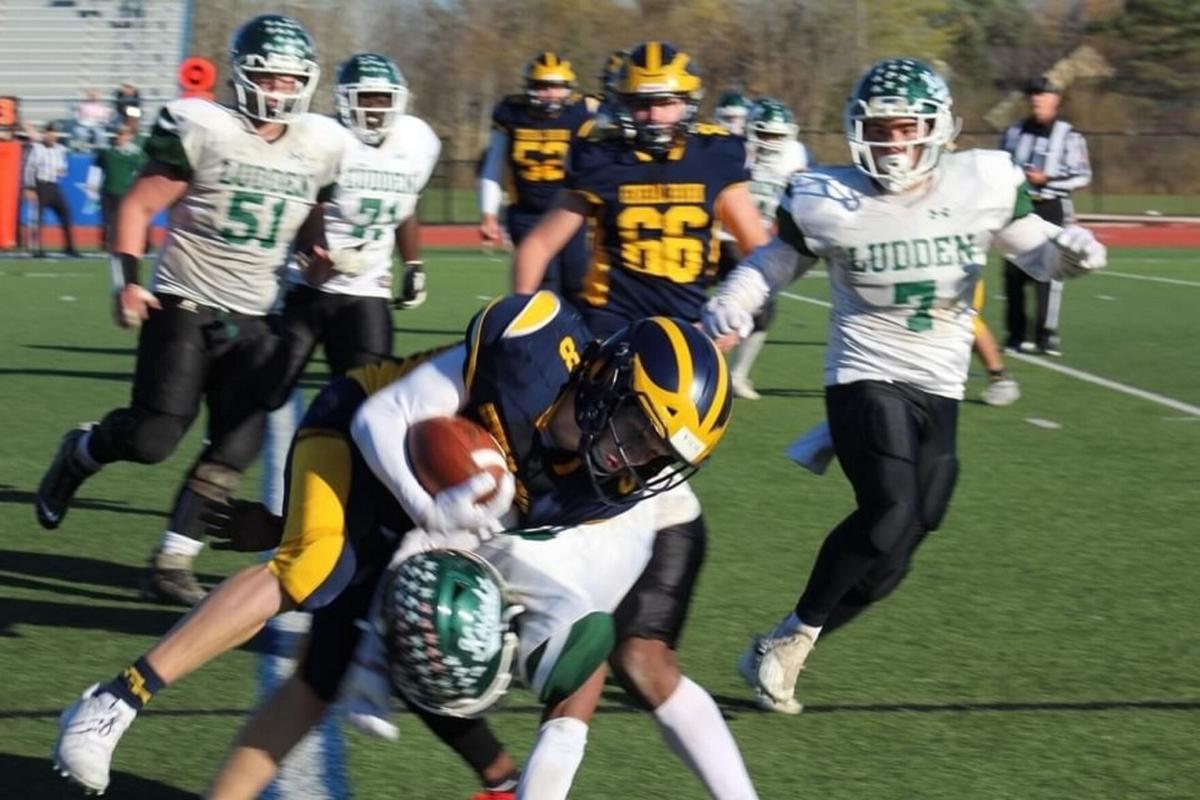 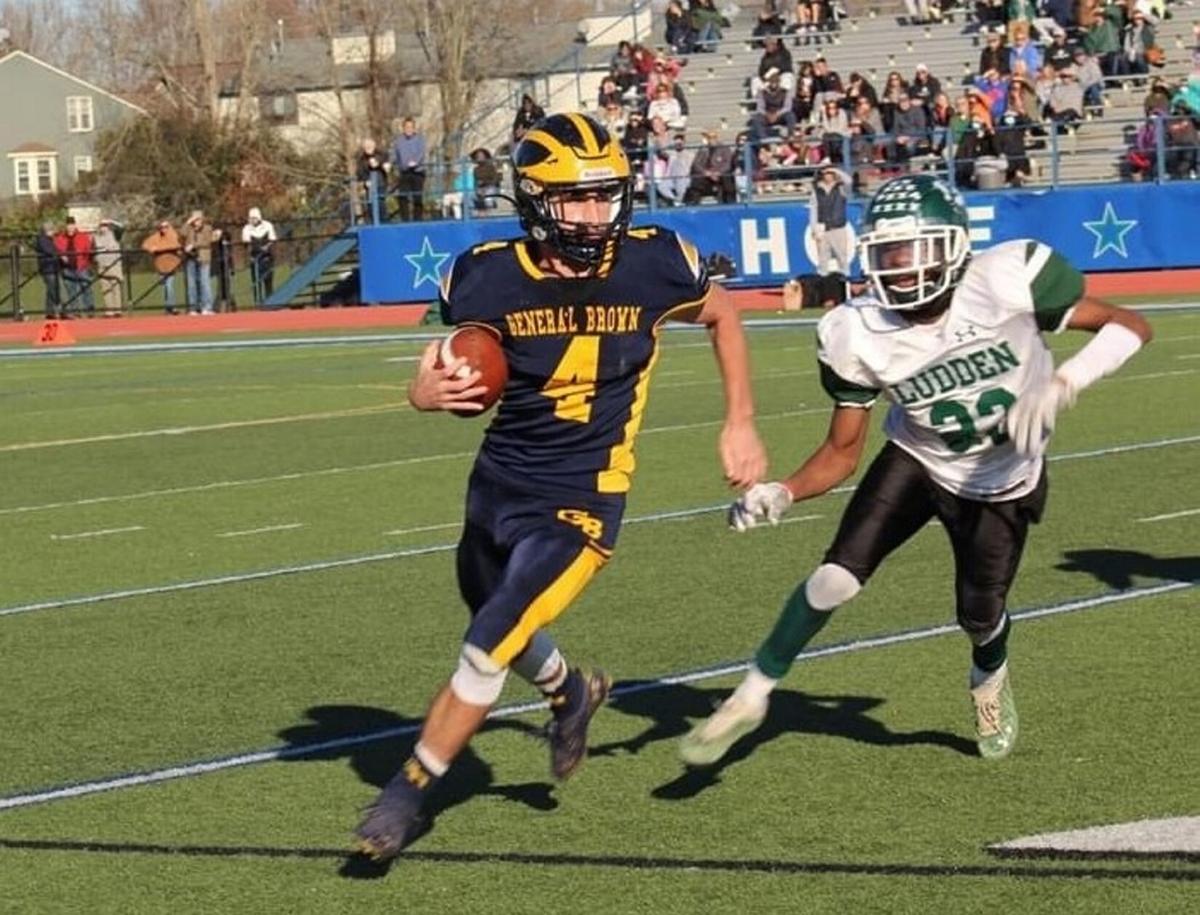 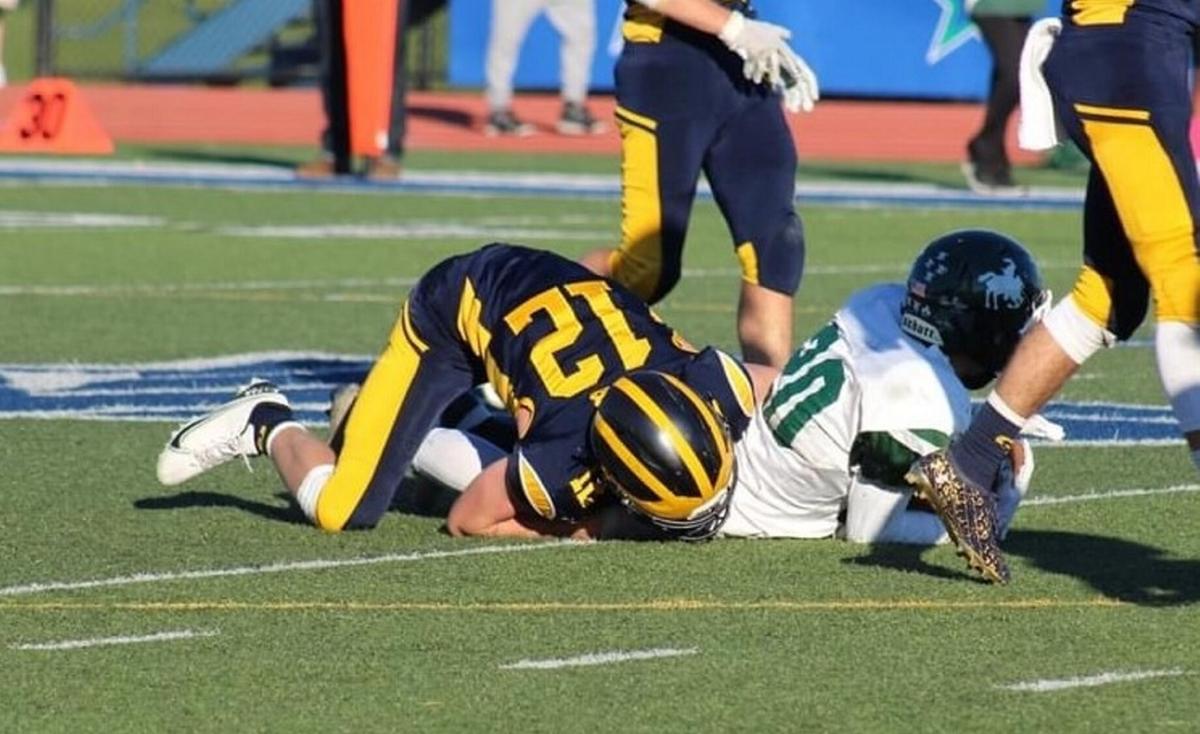 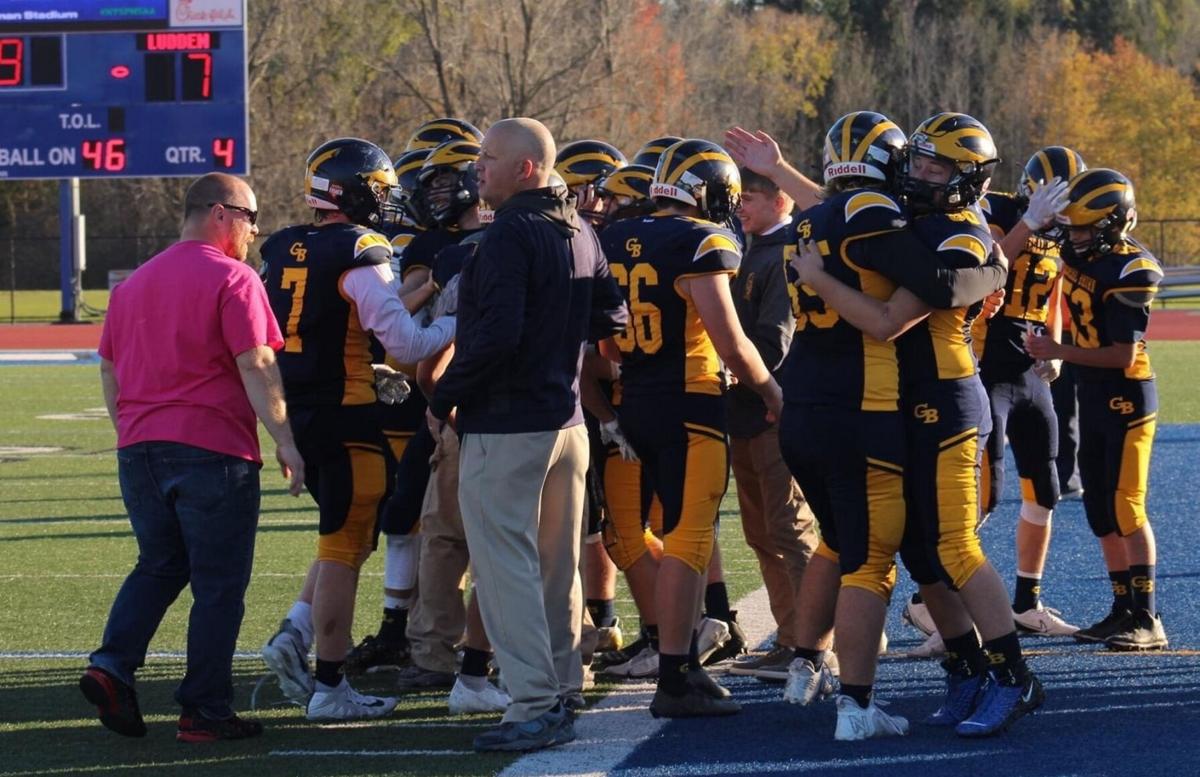 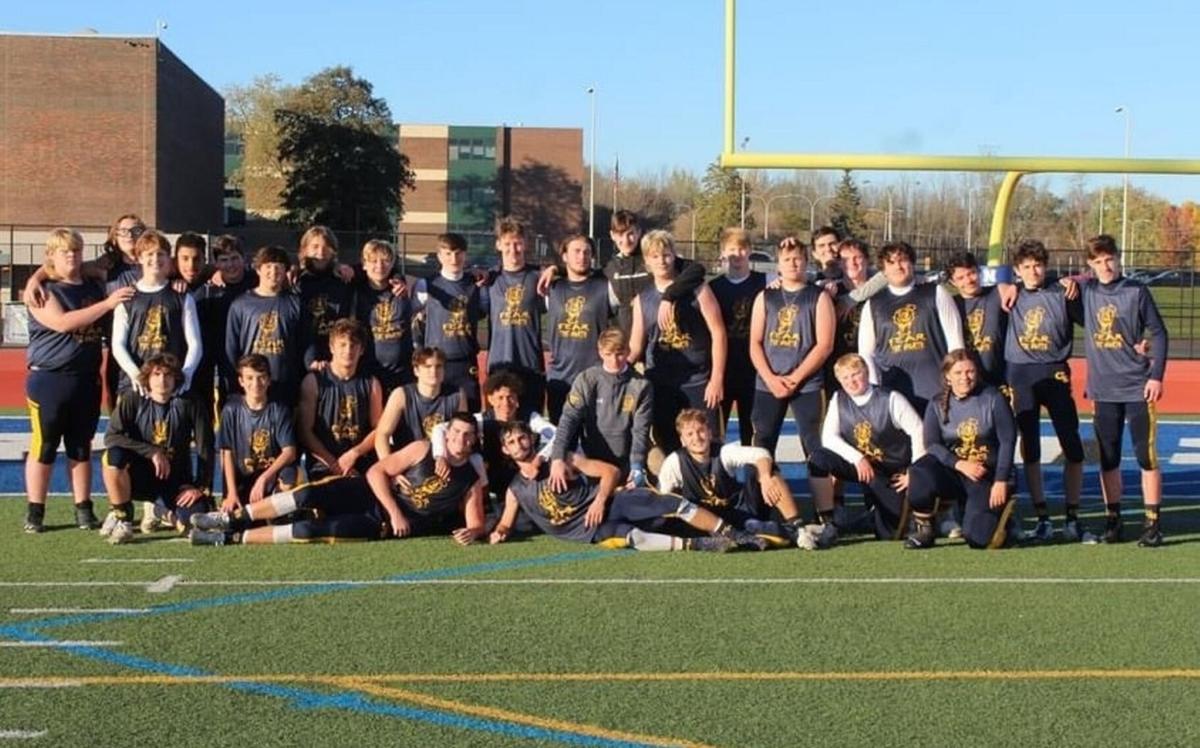 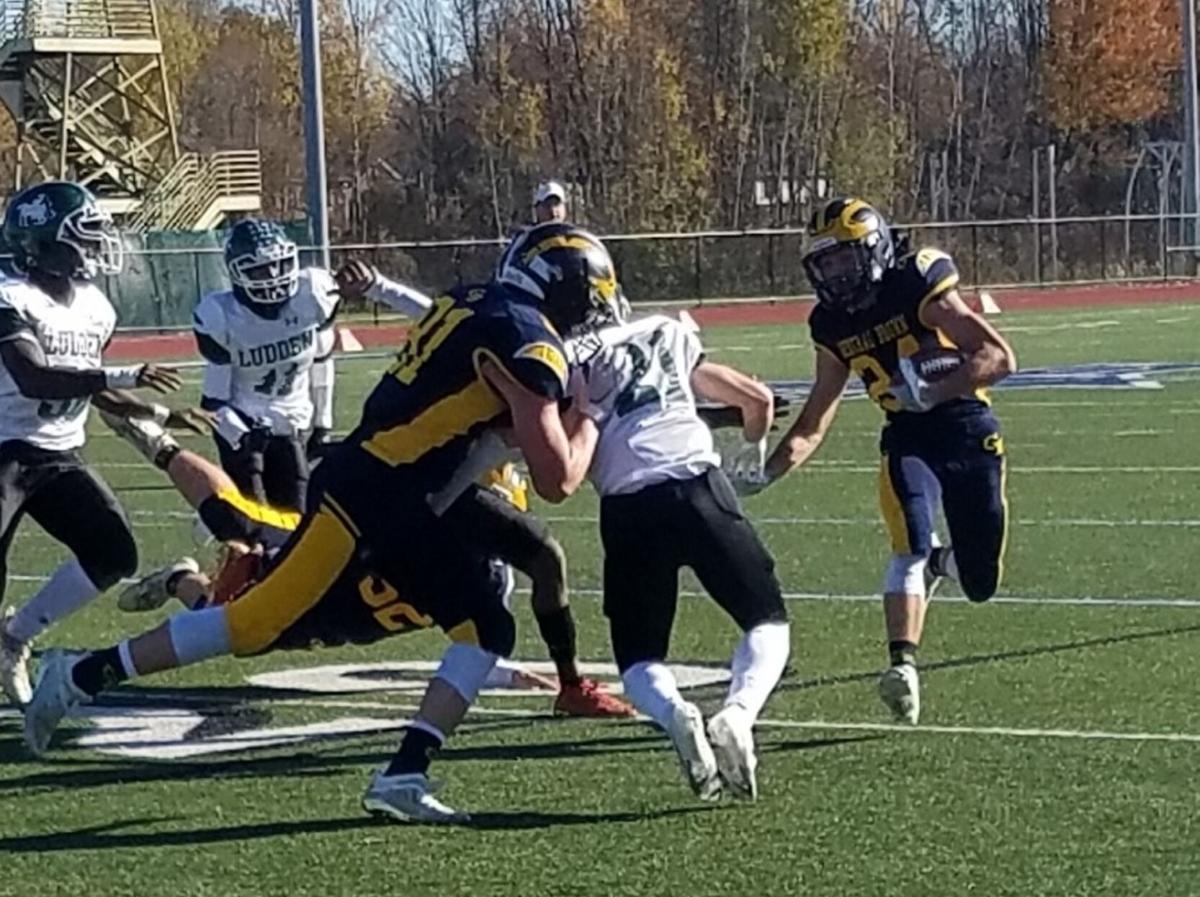 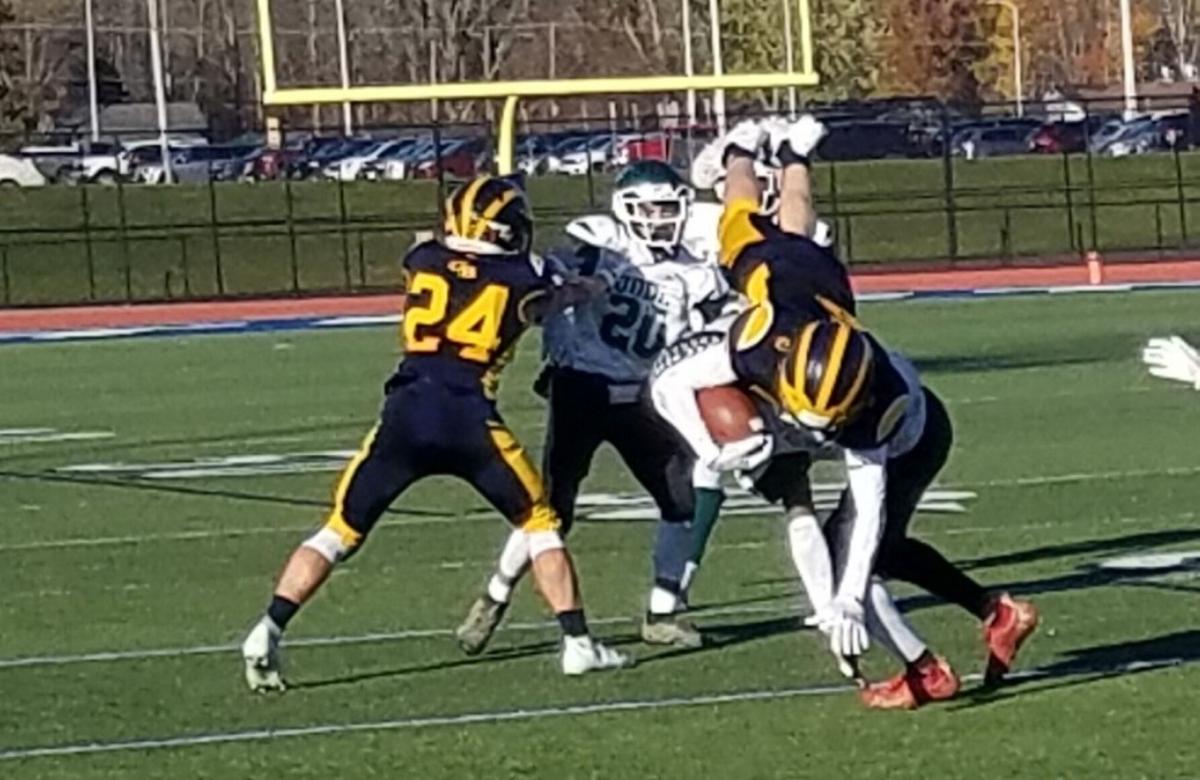 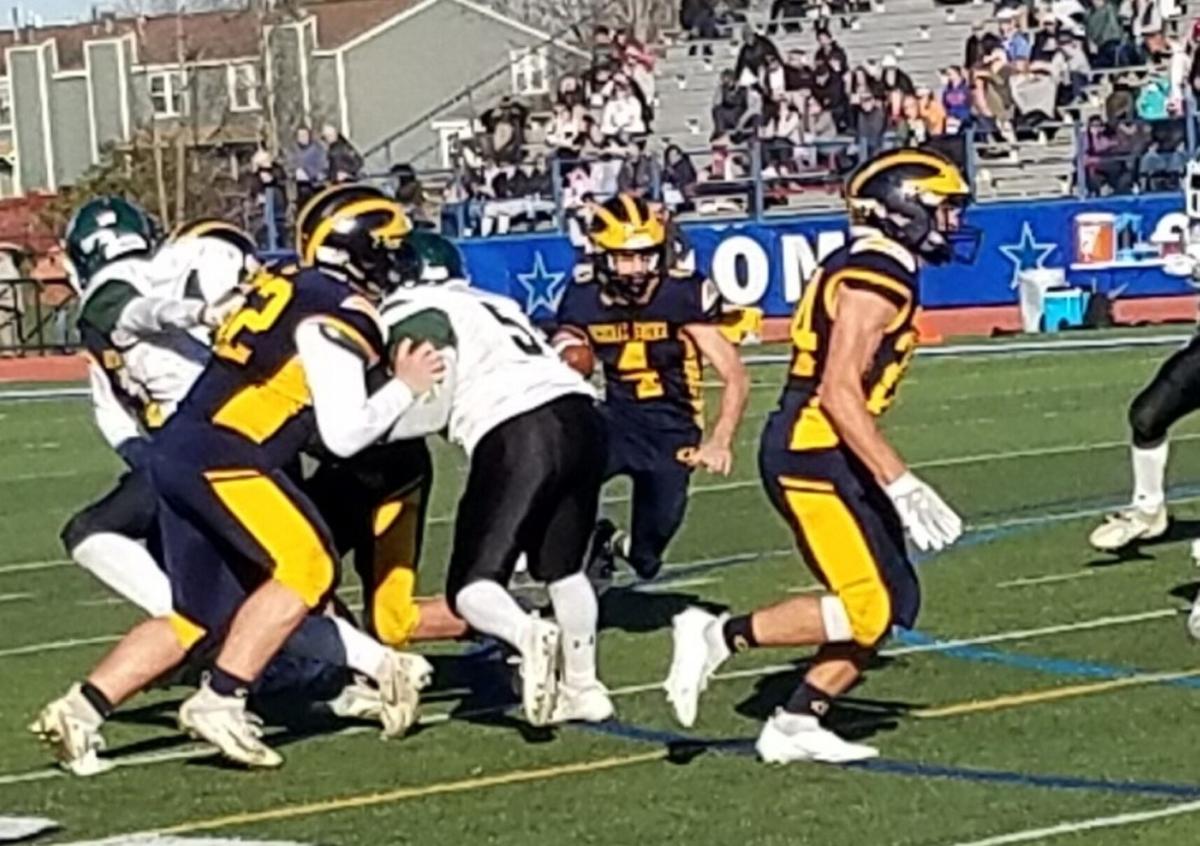 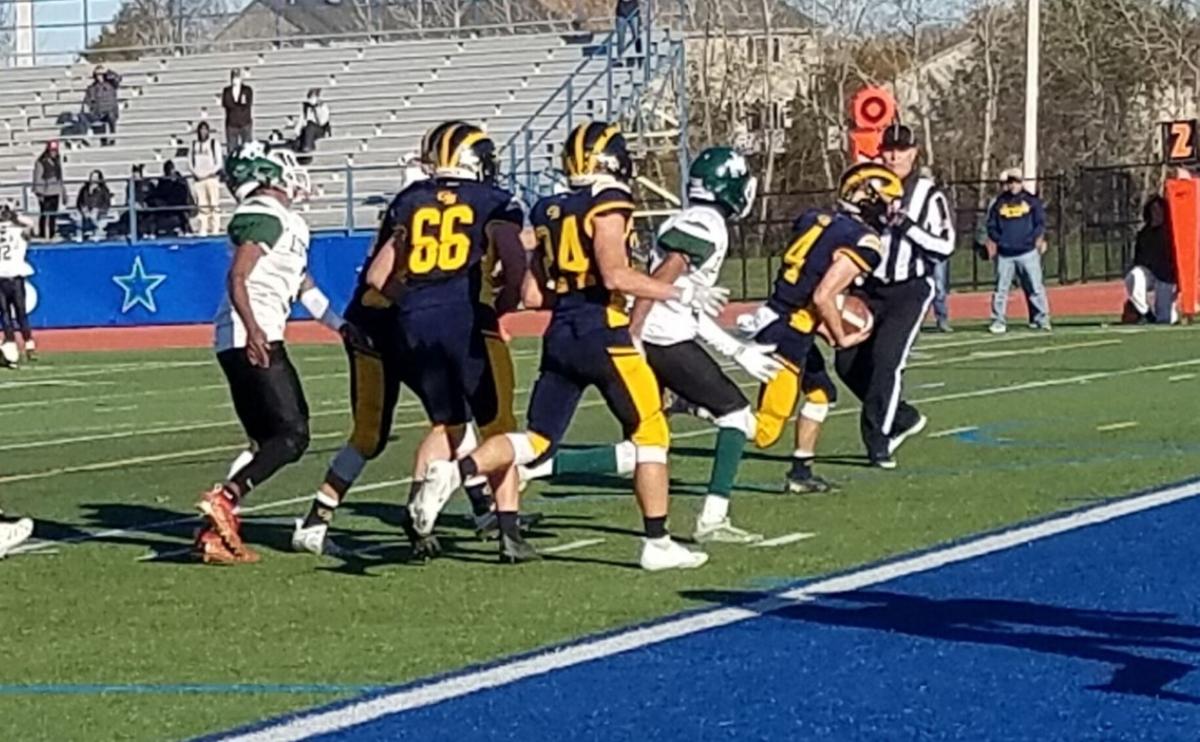 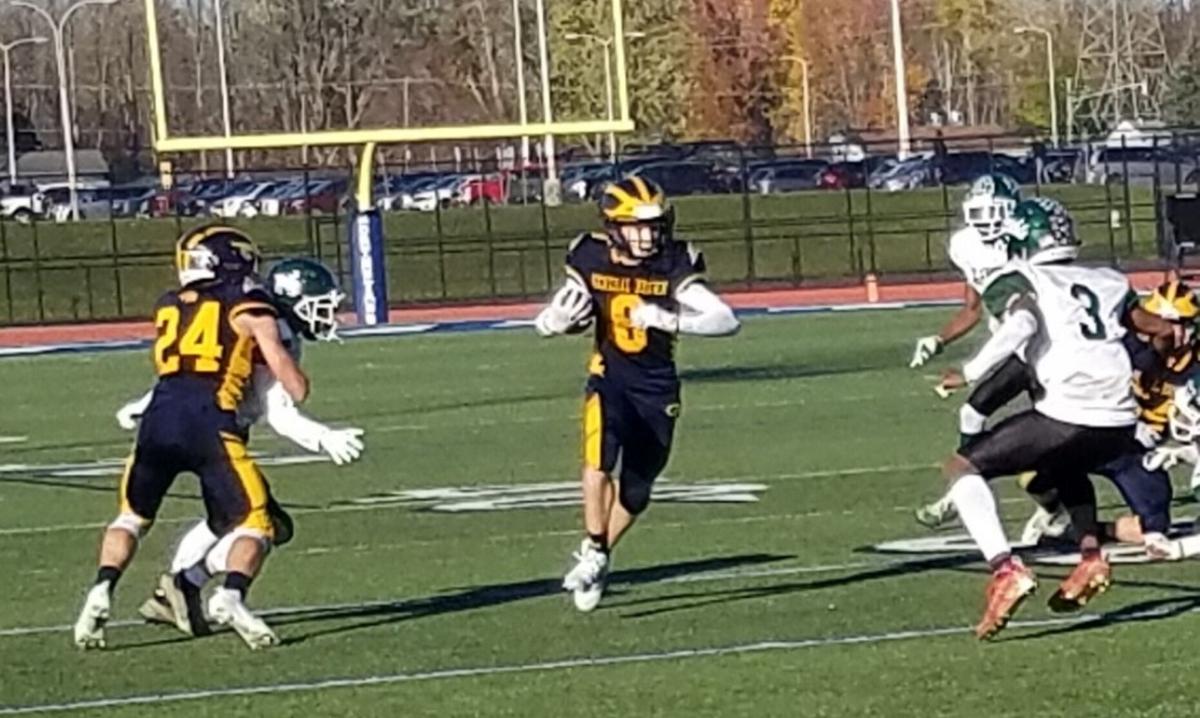 CICERO — The General Brown defense dug in for another fourth-down stop in the final minute to put the exclamation point on a commanding performance and send the Lions to the Section 3 championship game.

Second-seeded General Brown knocked down a pass with 43 seconds left for the last of three critical stops on fourth down, holding on for the 14-7 victory over No. 3 Bishop Ludden in the Section 3 Class C football semifinals Saturday afternoon at Cicero-North Syracuse High School.

The Lions (9-0) advanced to the Class C title game for the first time since 2018 and will face top-seeded Skaneateles (8-0) at noon next Saturday in the Carrier Dome.

“I’d say our defense won that game for us,” said General Brown senior quarterback and defensive back Elijah Rawleigh. “Our offense wasn’t putting much together and if we didn’t have those couple crucial stops, it would have been a whole different ball game.”

General Brown built a 14-0 edge entering the fourth quarter then staved off a comeback bid to secure the victory.

Bishop Ludden quarterback Nazier Kinsey found Joey Adamo for a 16-yard touchdown pass with six minutes and 11 seconds left to cut into the deficit at 14-7 following the extra point.

The Gaelic Knights (5-3) then failed on an onsides kick attempt but regained possession by forcing a Lions punt with 3:44 remaining. They were unable to drive past midfield, failing to connect on a long fourth-down pass play from their own 46-yard line to turn it over on downs and allow the Lions a kneel-down for the win.

General Brown junior Gabe Malcolm scored on a five-yard run with 6:54 left in the second quarter to start the scoring and give the Lions a 7-0 edge.

The Lions extended the advantage to 14-0 when Rawleigh ran in a nine-yard touchdown with 26 seconds left in the third quarter.

That proved to be all the scoring needed for the GB defense. The unit made a stop on 4th-and-2 in the second quarter when junior Sheamus Devine stuffed Kinsey trying to extend the drive on a QB draw, setting up a short field for the first General Brown TD on the ensuing possession.

“We just kept on having that same momentum going for us, and it helped us get away with mistakes on offense because our defense was playing so well,” Devine said.

Devine then made another key tackle on Kinsey when the Bishop Ludden QB rolled out and opted to run on 4th-and-3 from the five-yard line, ending a promising red-zone drive with a turnover on downs with 1:16 left in the first half.

The Lions also held the Gaelic Knights to a 1-for-10 conversion rate on third-down plays.

“Our kids played great on defense,” General Brown coach Doug Black said. “We tell them all the time, it’s a full circle of what we need to do, and today was a day where our defense won us the game. They played awesome, limiting that team to seven points with the athletes they have, and being able to keep them out of the end zone at the end was huge. We just got to get a little better on offense.”

Rawleigh finished with a team-high 68 rushing yards and a touchdown on 18 carries for General Brown. Junior Kaleb Natali added 62 yards on 14 rushes, and Malcolm contributed 10 carries for 59 yards to go with his TD.

General Brown is pursuing its first sectional championship in football since 2013. The Lions reached the title game for three straight seasons from 2016-18 without a victory, including a 66-27 loss to Skaneateles in 2017.

“It was ugly for us, but it’s all about getting back to the Dome,” Black said. “We’re right where we want to be, and now we have a lot of work to do for Skaneateles.”

Jason Schlotzhauer rushed for 121 yards and a touchdown as the top-seeded Warriors defeated the fourth-seeded Falcons in a Section 3 Eight-Man semifinal at Sauquoit Valley.

Quarterback Nick Brady threw for a pair of touchdowns for Morrisville-Eaton (9-0), which advances to play West Canada Valley in the sectional final at 2 p.m. next Saturday at the Carrier Dome.

Cody Spann ran for a four-yard touchdown in the fourth quarter for South Lewis, which finishes at 4-5.