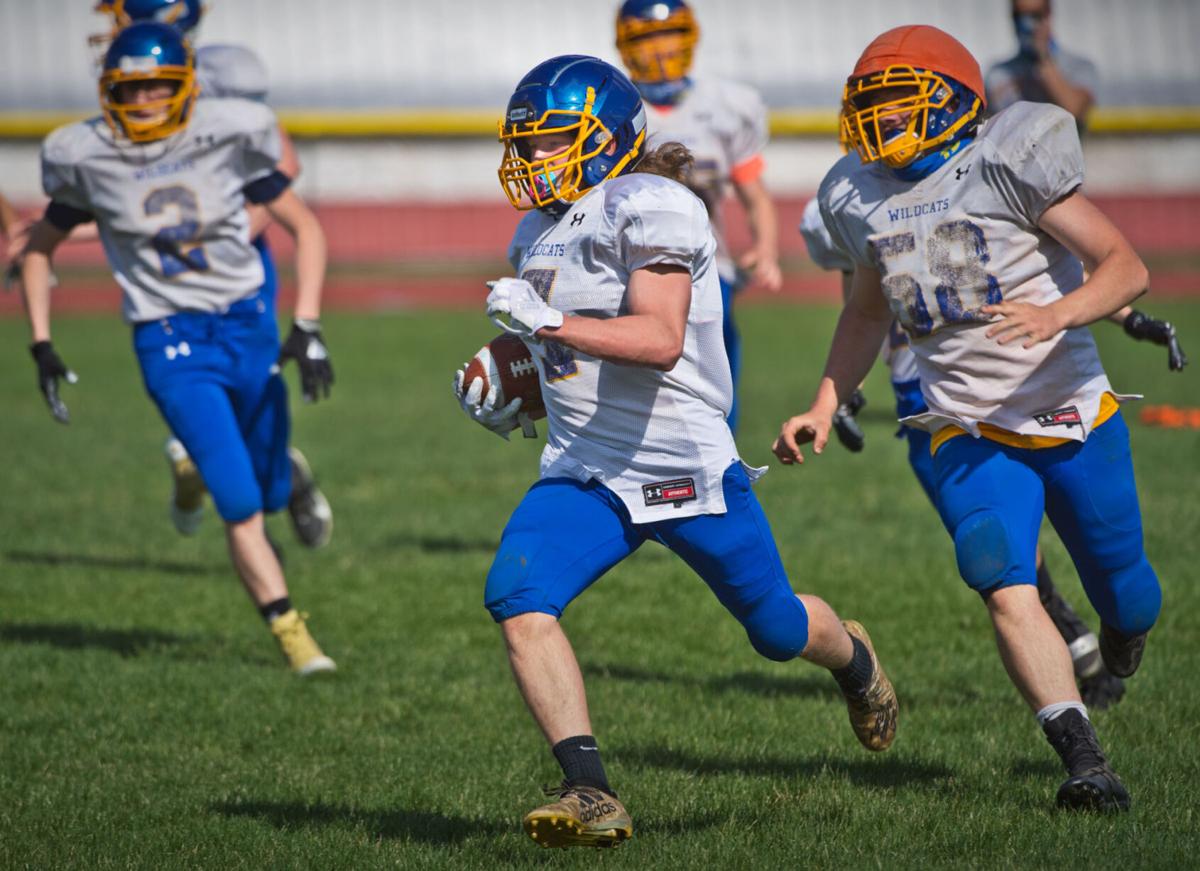 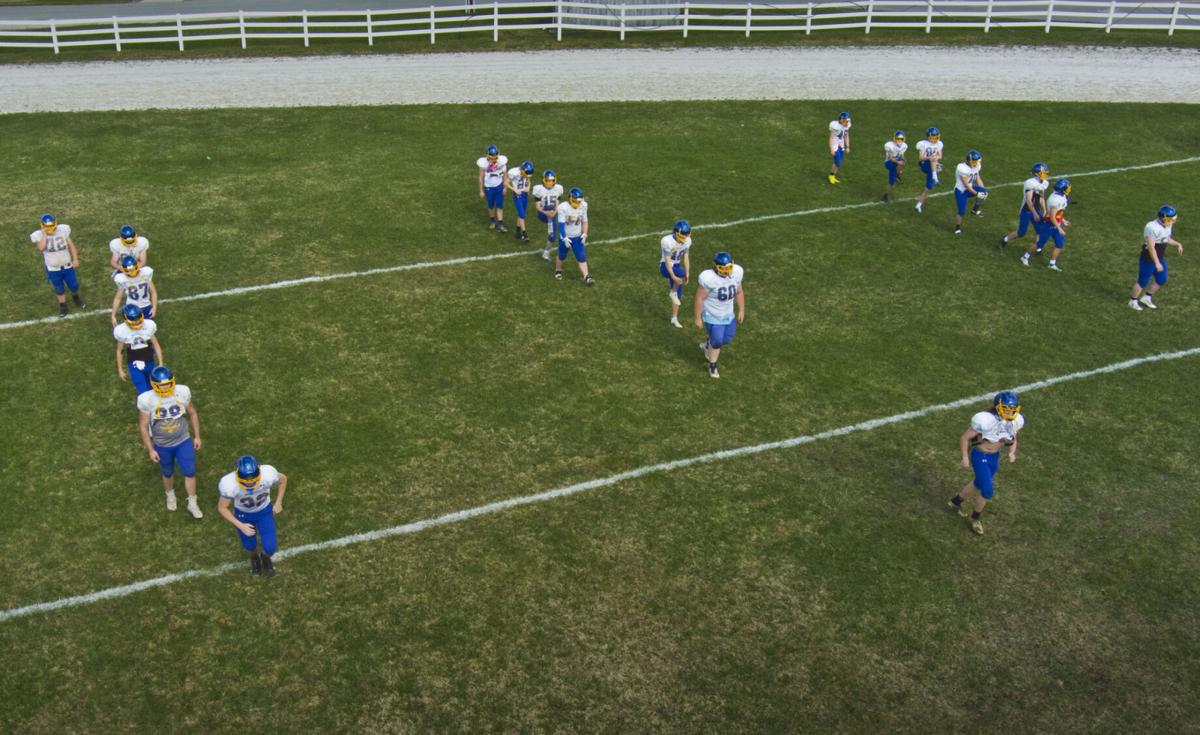 Members of the Gouverneur football team warm up before the start of practice. Christopher Lenney/Watertown Daily Times

Members of the Gouverneur football team warm up before the start of practice. Christopher Lenney/Watertown Daily Times

GOUVERNEUR — It has been 504 days since the Gouverneur football team played in the 2019 state Class C title game, losing 22-0 to Section 6’s Susquehanna Valley.

That streak snaps at 7 tonight when the Wildcats open a two-game season with a game at rival Ogdensburg Free Academy.

The season is brief, and taking place in April instead of the fall, but that has not changed the approach of head coach Sean Devlin, whose squad enters tonight’s meeting with a 28-game win streak against Section 10 teams in regular-season games.

“We talked about when we are at football, we feel like it’s the fall,” Devlin said. “It’s just football season. When we are (at practice) you don’t realize it’s the spring, you still think it’s fall.”

The expected weather for tonight’s game, 43-to-46 degrees with possible rain, should help the Wildcats in fall mind-set.

“We will be accustomed to the weather at least,” Devlin said.

There is always roster turnover in high school sports and the Wildcats lost several stars from their championship team from the 2019-20 school year.

But Gouverneur brings back most of the players at arguably the most important positions — the offensive and defensive lines.

“You need to know everything that’s going on,” Wildcats lineman Brock Cox said. “Those are the main people you need to have. Our guys already know what’s going on and our group has great chemistry. We hang out every single day. We are brothers.”

Said Devlin, “We are in a good spot. A lot of guys still remembered what we were doing.”

Gouverneur, and the other Section 10 teams, practiced for only about three weeks before the season, but the Wildcats are approaching this no differently than if they were to embark on a traditional seven-game regular season.

“We are excited,” Devlin said. “It’s a weird excitement. You realize you aren’t playing for a championship. The seniors are excited because they have a chance to put on the jersey a couple more times. We are treating it like a season. If you don’t, it’s not fair for the kids.”

Gouverneur’s offense will be led by a new quarterback, junior Connor Wood.

“He’s not a run guy like (the graduated) Caleb Farr, very few are,” Devlin said. “He’s a ball guy, also plays basketball and baseball. He can throw the ball well and he sees things well. He’s a game manager. I think he’ll step in and do a good job. We will be a little more diverse than the last time we took the field. He can run the ball when needed also.”

“I like how physical we are,” Cummings said. “We have almost all of our line back from last season. Those guys are big and physical and they like to get after it. This year we enjoy hitting each other a lot more than we have in the past. Our speed isn’t as good as it has been, but we’ll make up for it with our physicality.”

Gouverneur faces the Blue Devils, a team it beat twice last season, and then the Wildcats will play a road game at Section 3’s General Brown to close out the season.

If you asked Devlin and his players which Section 10 team they’d pick to play if they only could face one, it would be OFA.

“This will be like a championship game,” Cox said. “When you grow up here you always realize OFA is our rival. You always want to beat OFA.”

Said Cummings, “They are always good and they always give a good fight against us. It’s always a fun game to watch and play in. Friday night games are always the most fun, you are under the lights. Everything feels faster, every hit feels harder.”

The OFA rivalry is intense on the field, but also a friendly one. OFA coach Matt Tessmer coached Devlin when he played for Gouverneur and during Gouverneur’s playoff run in 2019. The Blue Devils offered the use of their field for Gouverneur’s practices, when inclement weather made Gouverneur’s field unusable.

“You measure how good you are based on how you play against Ogdensburg,” Devlin said. “It’s a good test of your ability and your strength. We have a good relationship and it’s a good rivalry. On the field (he and Tessmer) are rivals. Off the field we are football guys.”