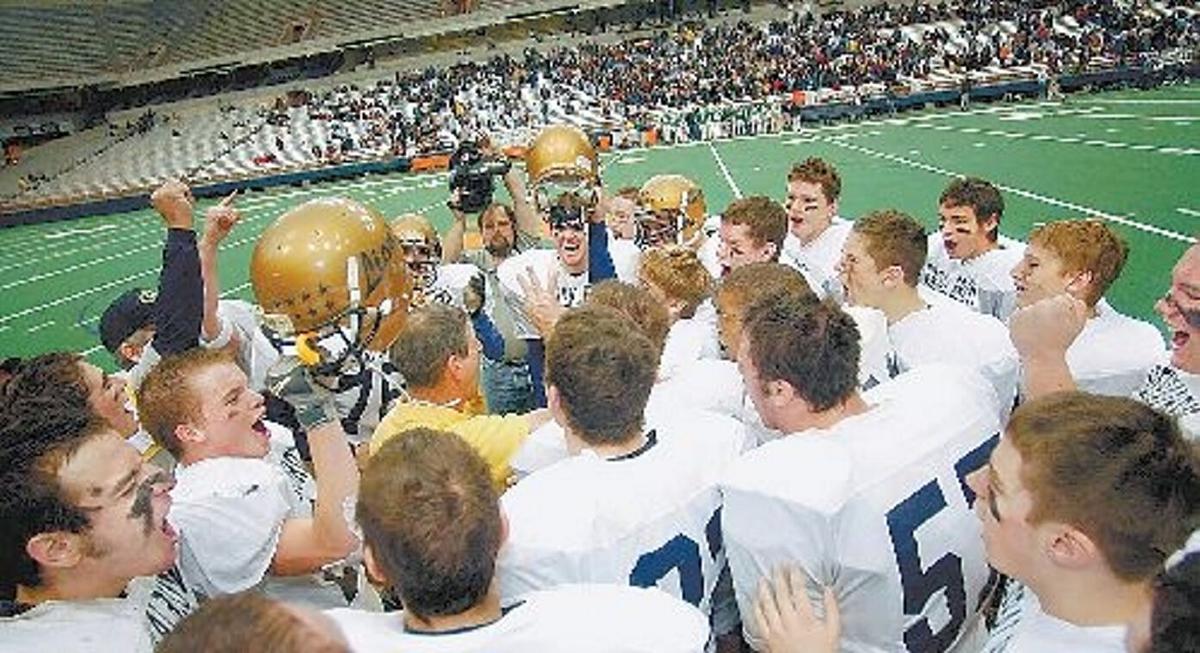 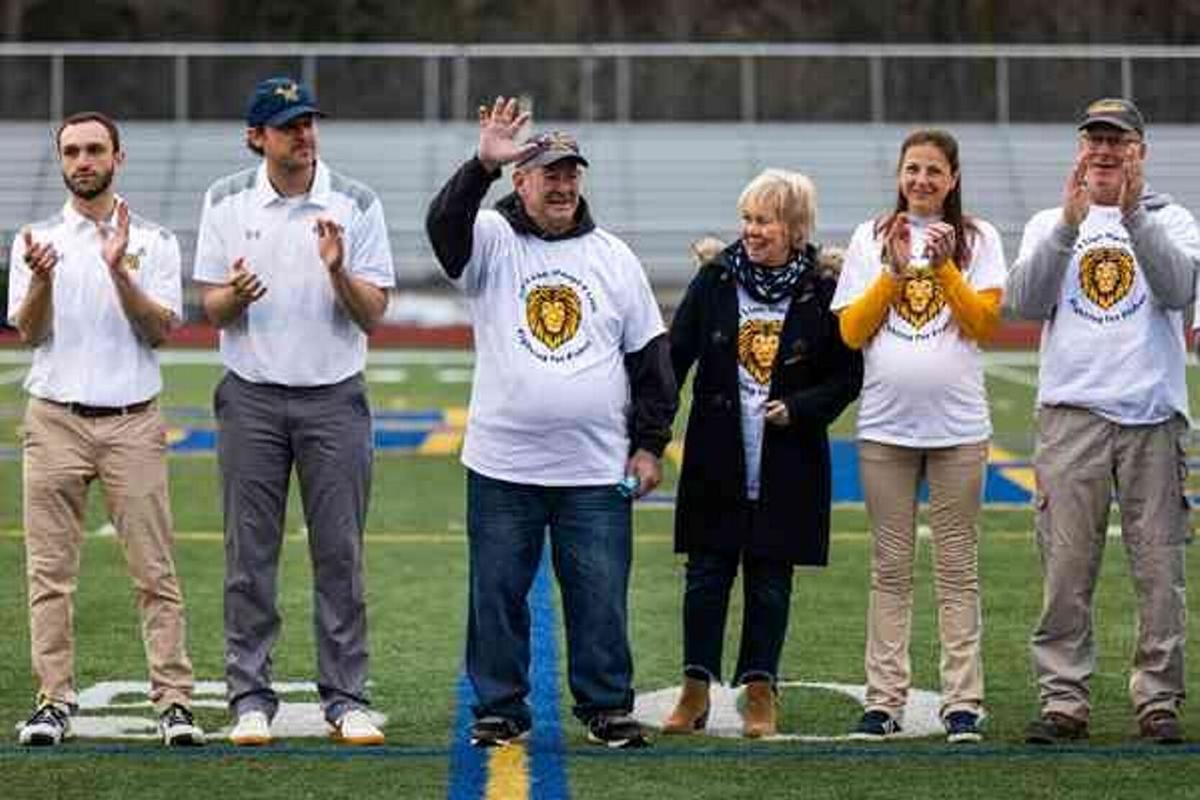 Former General Brown football coach Steve Fisher, center, waves as the audience applauds him in May 2019 while being honored by the school in between lacrosse games at the school’s football field in Dexter. Fisher, diagnosed with Grade 4 lung cancer, died early Monday morning. Watertown Daily Times

Former General Brown football coach Steve Fisher, center, waves as the audience applauds him in May 2019 while being honored by the school in between lacrosse games at the school’s football field in Dexter. Fisher, diagnosed with Grade 4 lung cancer, died early Monday morning. Watertown Daily Times

Fisher passed away at the age of 75 just after midnight Monday morning at Samaritan Medical Center. The architect of the General Brown program had been battling Stage 4 lung cancer since January 2019.

Black, who played under Fisher and graduated in 1991, said that his old coach was still assisting him as recently as over a month ago.

“He was always just a good sounding board for me,” Black said. “He was helping us break down film just a few weeks ago.”

Fisher, who grew up in Long Island and graduated from SUNY Brockport, coached high school football for 47 years — 45 at General Brown. He also coached at Alexandria and Thousand Islands for one season each before he returned to the helm at General Brown in 2013.

His final run with the Lions lasted until December 2014 after his first tenure ran from 1966-2009. Fisher won five Section 3 titles, with his first coming in 2003 with a victory over Weedsport.

“The reason we were successful is No. 1, the students,” Fisher told the Times in May 2019 after he was given a tribute ceremony during a fundraiser. “And the other thing was our dedicated coaches — they stayed with us for a long time. Most of them coached for five or six years and were very dedicated.”

Fisher, who was named to the North Country Sports Hall of Fame in June 2018, earned 268 career wins and the turf field in Dexter bears his name. He was standout player with the Watertown Red and Black and helped them win an Empire Football League title in 1980.

Fisher also ran the varsity wrestling program for 36 years and coached the boys lacrosse program. His main concern was not only making the Lions’ sports programs one of the best, but helping improve the lives of his athletes.

“It wasn’t just about winning games for him.” Black said. “It was about raising good young men and teaching them life skills.”

General Brown athletic director Joe Folino never met Fisher, but is grateful for his lasting impact on the school. Folino said that many of the current coaches are thankful to Fisher.

“His legacy will live on and he’s impacted a lot of kids and their parents with traditions that still live on.” Folino said.

Black’s career in football mirrored that of Fisher’s as they were both standouts for the Red and Black and became the head coach of the Lions’ program. Black credits Fisher for growing his appreciation of the game and his career path.

“I would say he’s the reason I’m in coaching and for my love of football,” Black said. “I guess I followed what he did in football with playing for the Red and Black and then coaching General Brown.”

One of the unique things that Fisher would do is to have functions involving his team like practices and golf tournaments start at odd times like 10:01 or 7:16. Black said it was something that would stick out and have his players would be aware of.

“It was one of the little things he’d do with the odd start times,” Black said. “Those times would always help the kids remember.”

Tributes on social media from opposing programs and former players praised Fisher as one of the best coaches in the area.

Black said it’ll be a difficult for him and the program without Fisher, but his mentor will be highly regarded.

Both General Brown and the Red and Black have games this week. The Lions will host Little Falls at 1 p.m. Saturday as part of their homecoming weekend.

The Red and Black, meanwhile, host the Syracuse Smash in an EFL semifinal game at 7 p.m. Saturday.

A great coach and, more importantly, a great person.