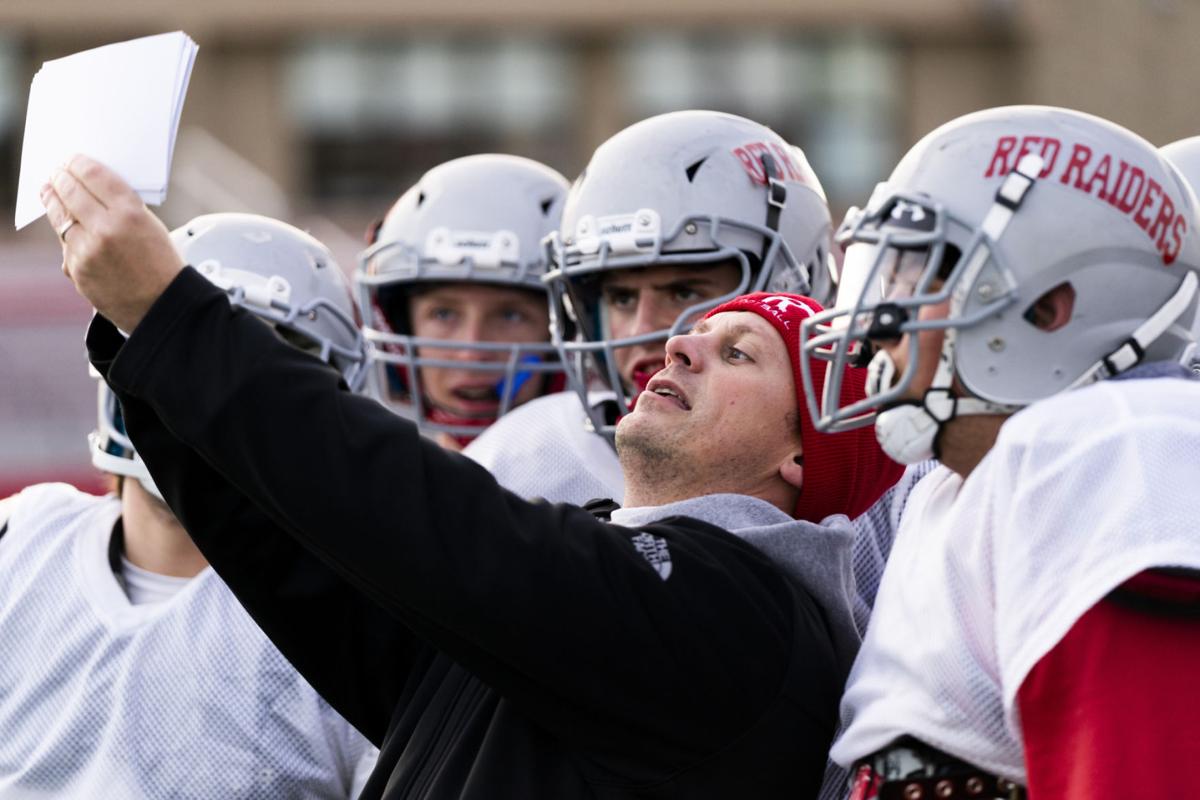 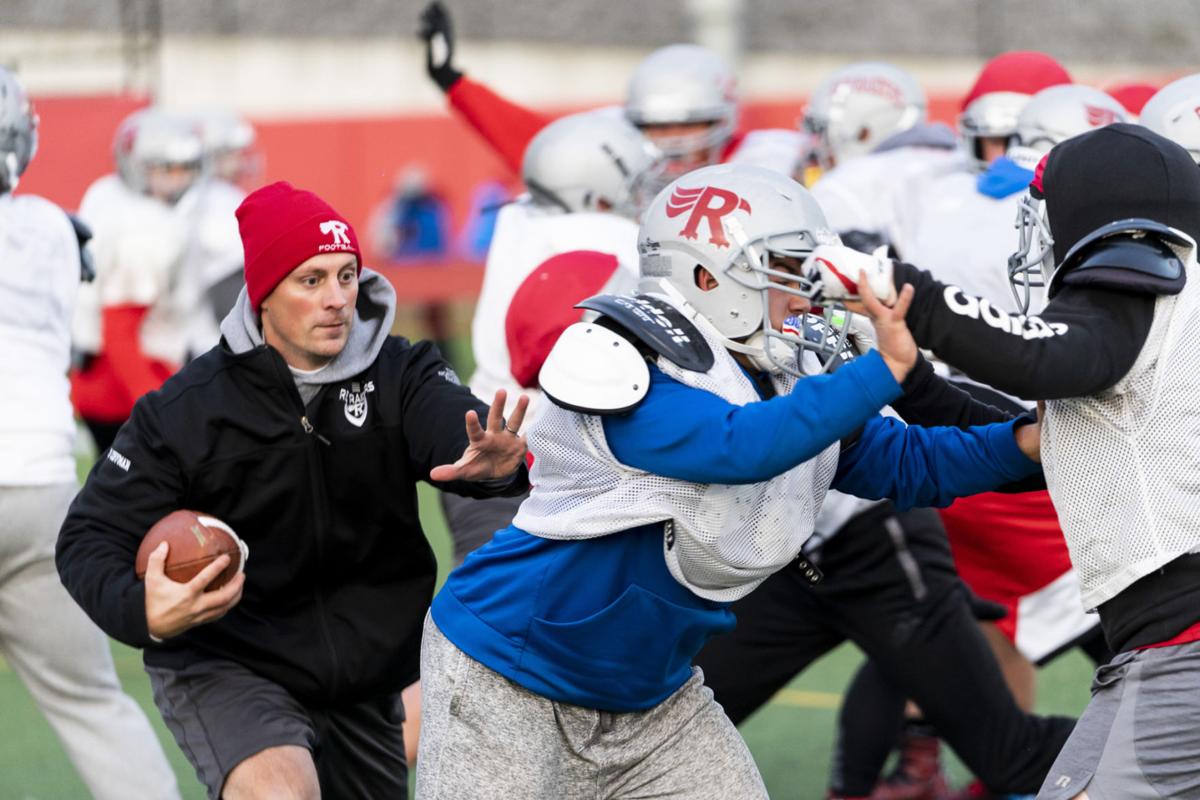 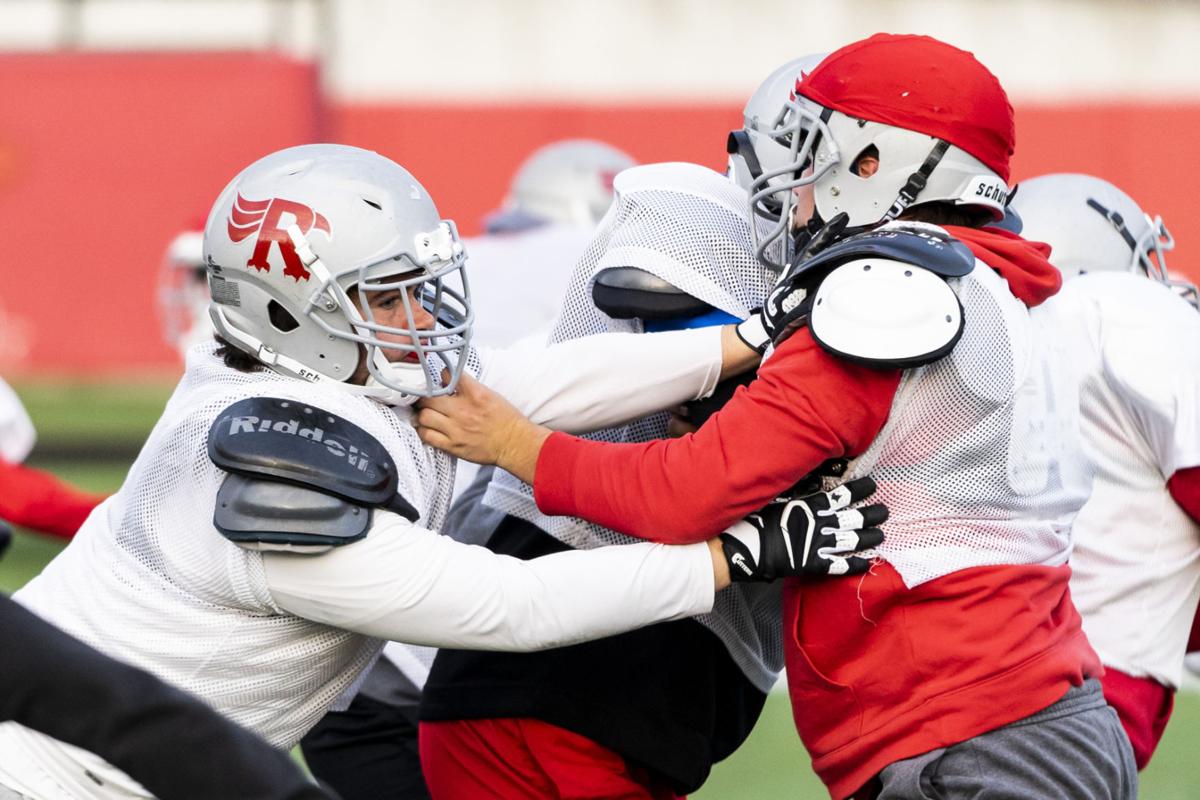 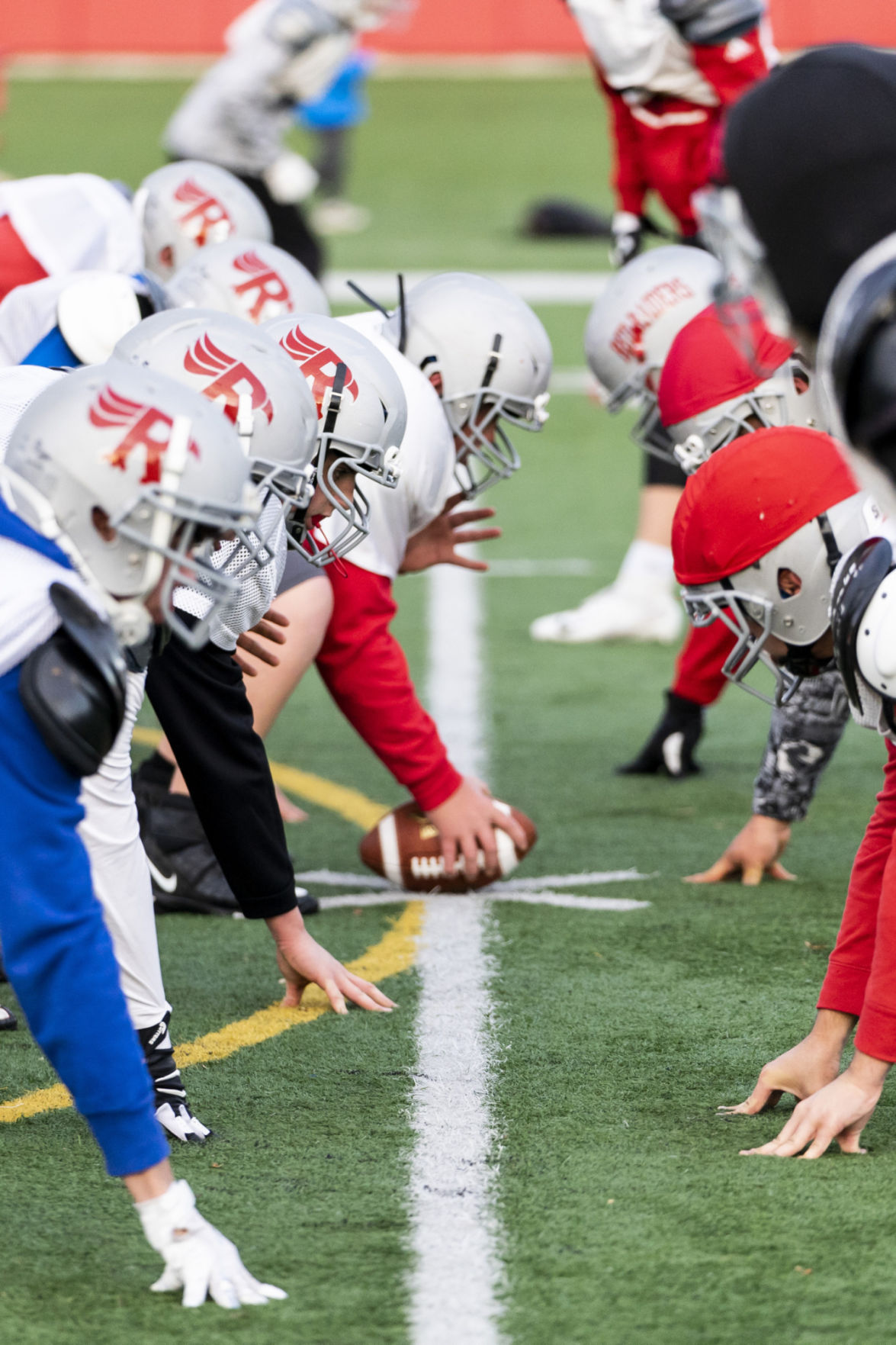 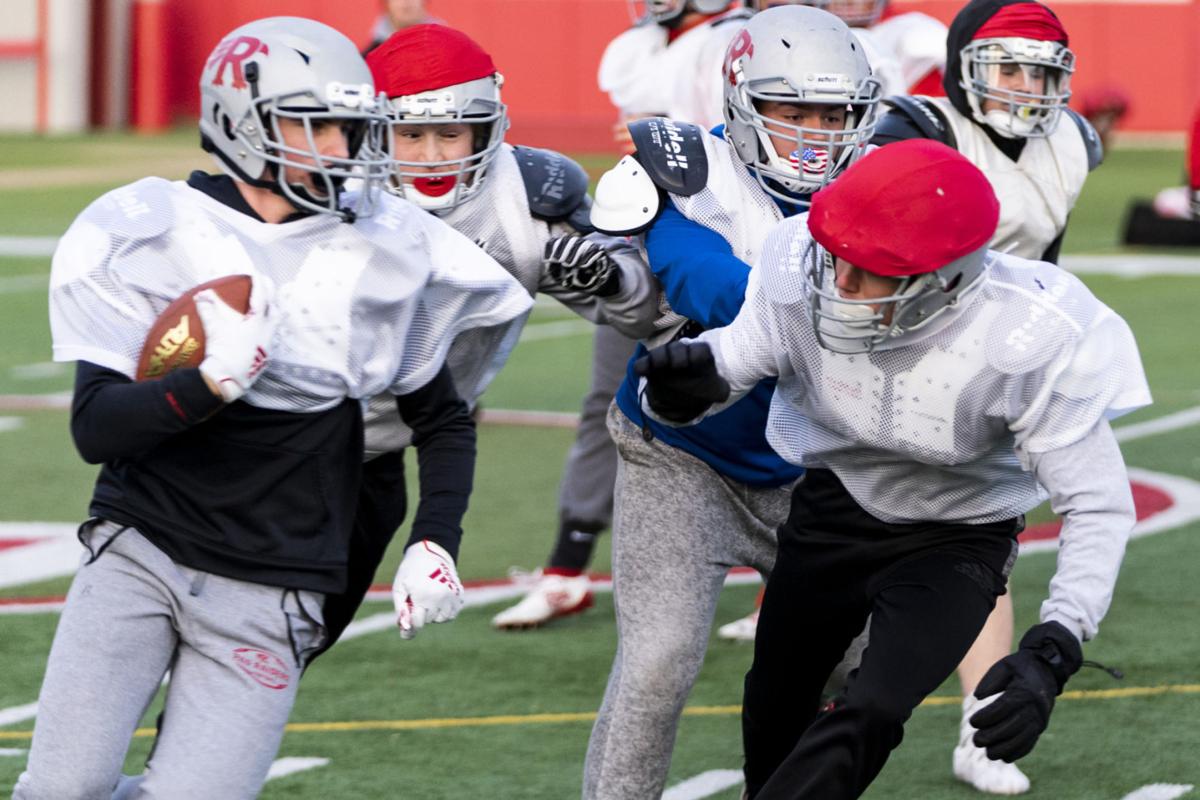 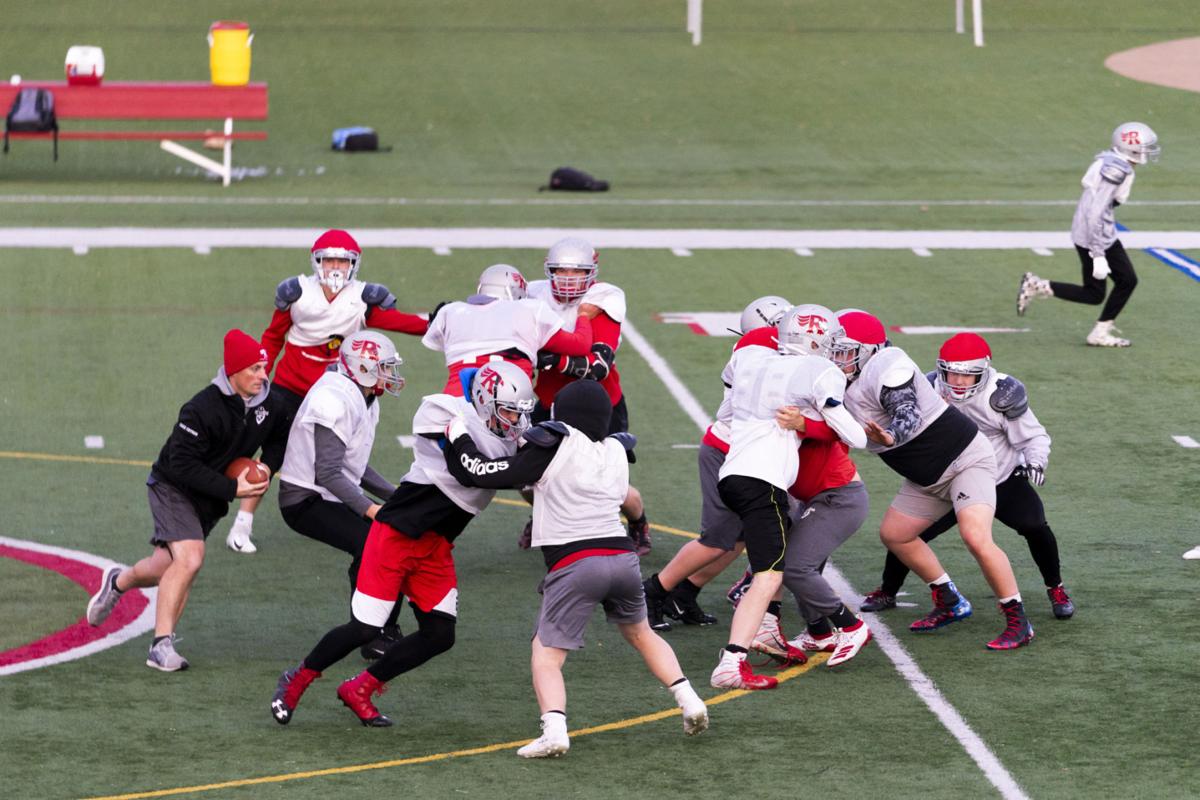 LOWVILLE — Nothing should scare the Lowville football team at this point, but nevertheless, the Red Raiders are treating Cato-Meridian like the ultimate threat.

What’s at stake is too important for a tamer approach. Today at 2 p.m. inside the Carrier Dome at Syracuse University, Lowville will kick off against the Blue Devils for the Section 3 Class C championship.

Both teams are undefeated and ranked in the state’s top five, but they’ve traveled different playoff paths up this point.

Lowville (9-0), the No. 2 seed by coin flip, drew Skaneateles in the quarterfinal followed by Canastota in the semifinal. Entering the season, Lowville, Skaneateles and Canastota were expected to be the top three teams in a 17-team Class C. Lowville was forced to begin its postseason with two teams that had high chances of winning the section.

The predictions though mattered little. Lowville proved its dominance and wiped away both Skaneateles (5-3) and Canastota (7-2) like bugs on a windshield.

The Red Raiders defeated their quarterfinal and semifinal opponents by a combined score of 107-41.

Cato-Meridian’s path wasn’t as intimidating. The No. 1 Blue Devils (9-0) began with Mount Markham (5-3) in the quarterfinal and followed it with Herkimer (5-4) in the semifinal. But the matchups were much close than Lowville’s playoff contests.

Cato-Meridian won its quarterfinal and semifinal games by a combined score of 30-7 — the Blue Devils shutout Herkimer in the semifinals.

Low scoring isn’t out of the ordinary for the Blue Devils. They averaged just 37.4 points per game but allowed only an average of six points per game — less than half what the Red Raiders allowed.

Lowville’s first comprehensive look at the only other undefeated team in the league came watching film Monday.

“I’m really impressed with their defense, they really fly to ball,” Lowville coach Josh Coffman said. “At times during the Skaneateles film, it looks like they have 12 guys on the field, they’re so good at getting to the ball. They’re scrappy, and there are individual matchups that we like but they’re so good at playing team defense that they can negate those.”

Coffman pointed out Cato-Meridian’s up-the-middle defense as being particularly impressive.

“Two D-tackles are both good and both inside linebackers are good,” Coffman said. “I think the biggest test for [our offensive line] is going to be staying on blocks. In particularly on two inside backers, one is undersized but really fast and quick (Hunter White, who is listed at 5-foot-7 and 140 pounds). If our big offensive linemen aren’t able to get their hands on him, he’s going to be able to go wherever he wants.”

While Canastota’s defense doesn’t fully resemble Cato-Meridian’s, they also stacked the box against Lowville in semifinals. This forced the run-heavy Red Raiders to mix up their offensive strategy, which included quarterback Chad Bach using his arm more. Even in blustery conditions, Bach threw for four touchdowns and 259 yards.

For Lowville offensive lineman, Ty Davis, the strategy of blocking for a pass versus a run is different.

“We had to adjust to how their defensive line was, because they [weren’t] as quick of a defensive line, but one that was physical up front,” Davis said of the Canastota matchup. “When that happened, we just had to get low and control their position and not let them get through.”

Lowville has made it a habit of striking early in the game and immediately putting the opposing team behind. Brett Myers, who began the Skaneateles game with a kick return to midfield, has been one of the big-play weapons for the Red Raiders. Against Canastota, he scored a 38-yard touchdown on a pass from Bach to close out the game.

“Especially in the Skaneateles game, it gave us a big jolt in the beginning, me getting that big return,” Myers said. “It just gives our team a lot of energy.”

Myers has amassed 408 receiving yards this season on only 11 catches — an average of 37 yards per catch.