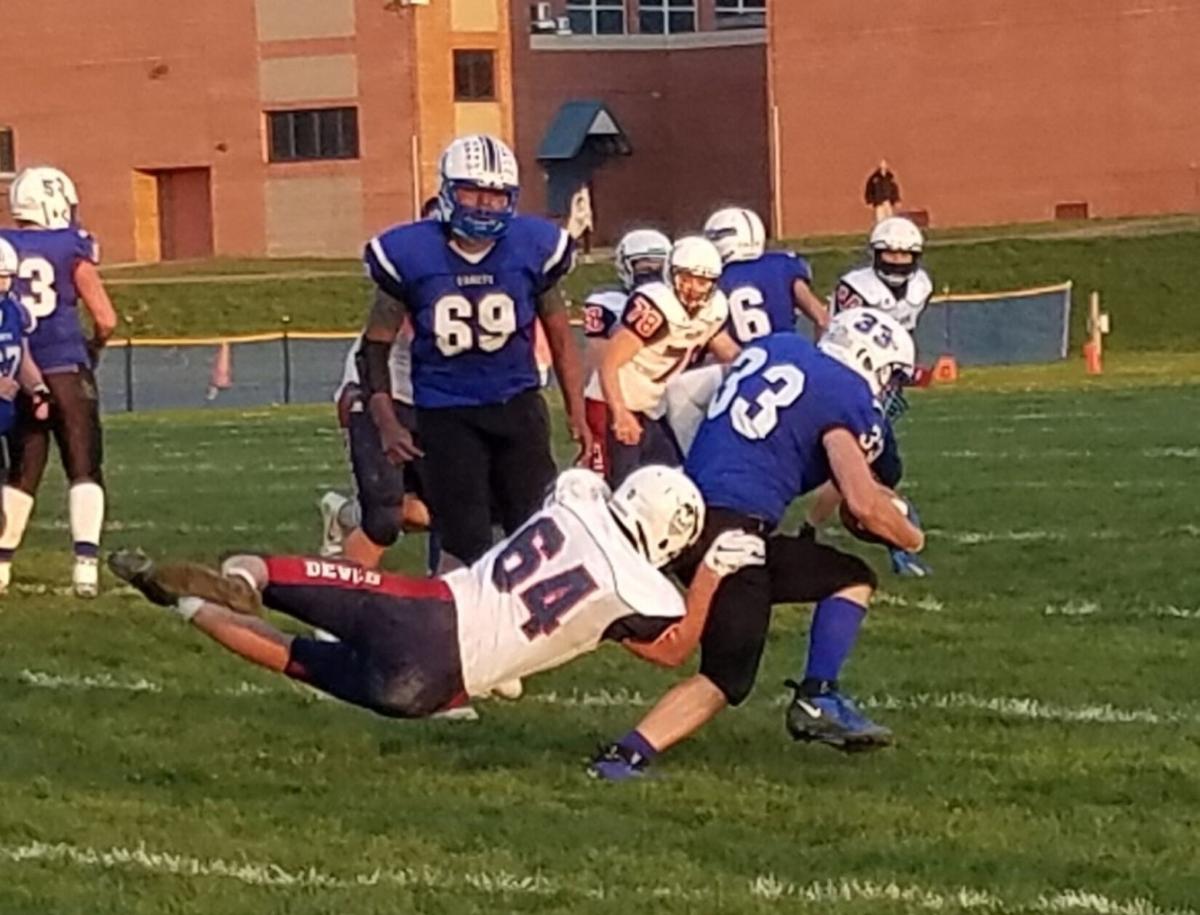 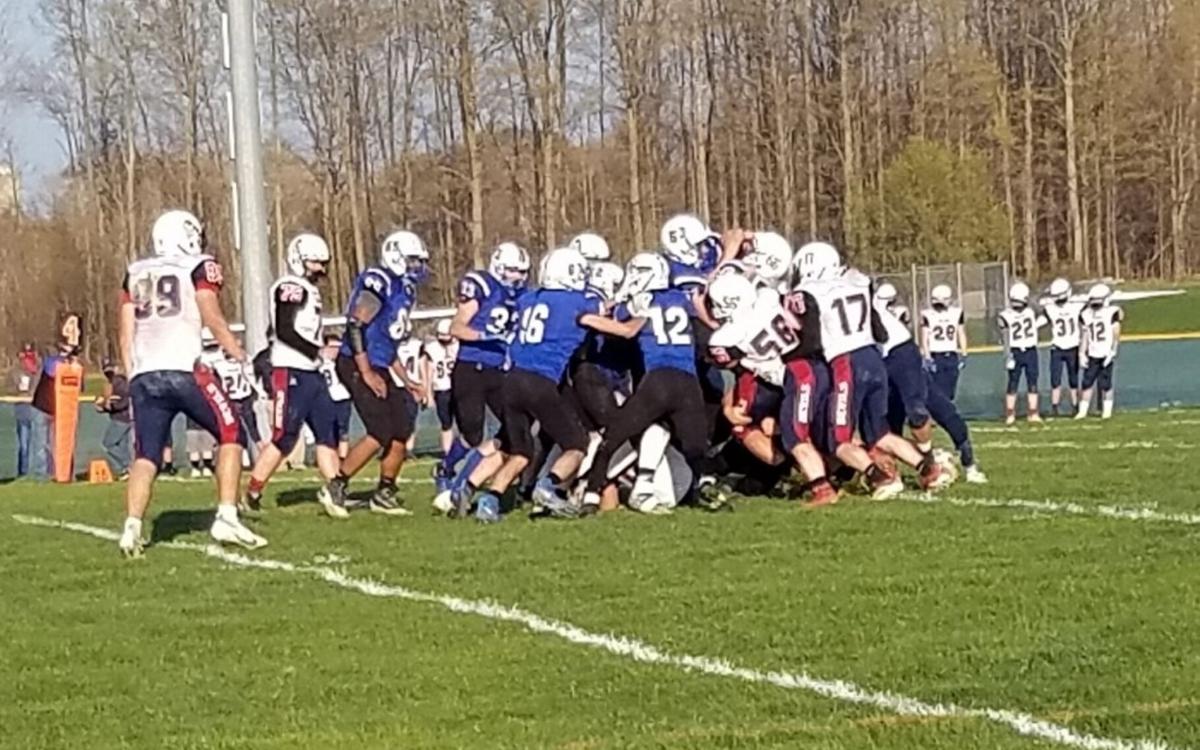 The Sandy Creek defense pushes back the pile on 4th-and-1 to force a turnover on downs and take possession against Pulaski Friday night at Sandy Creek High School. Josh St. Croix photo 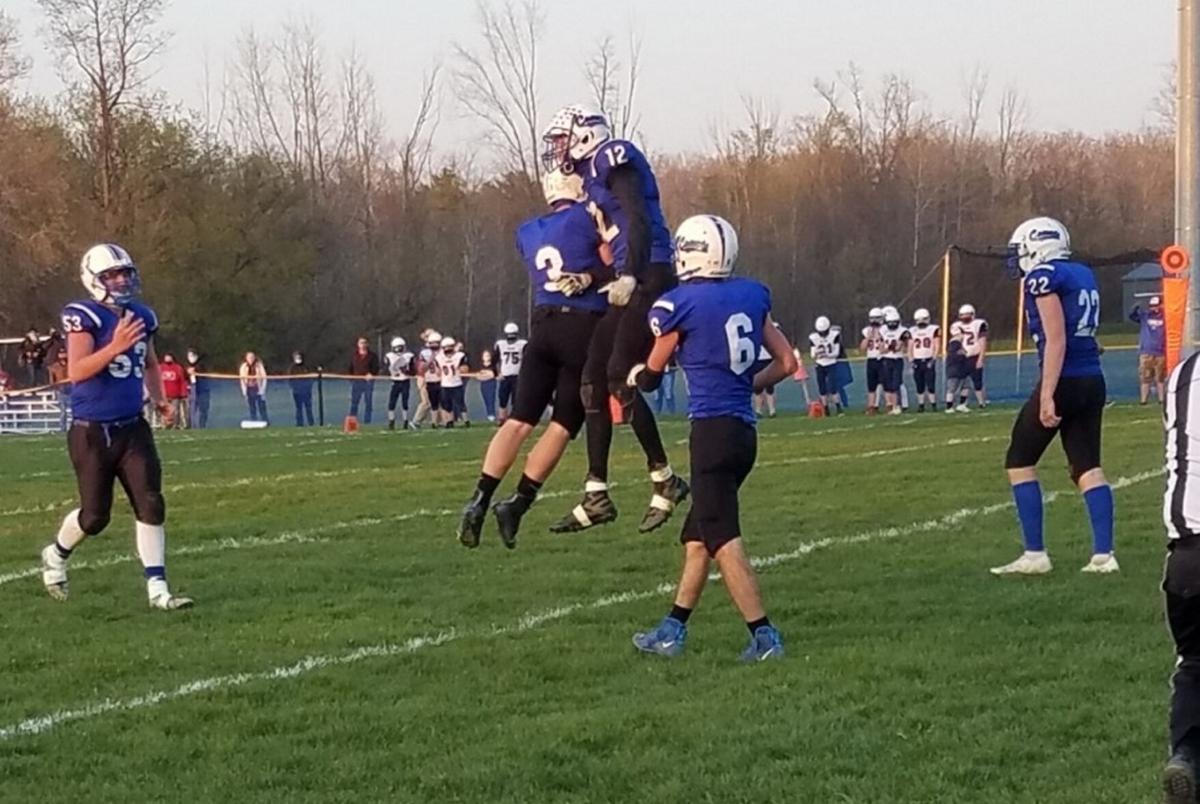 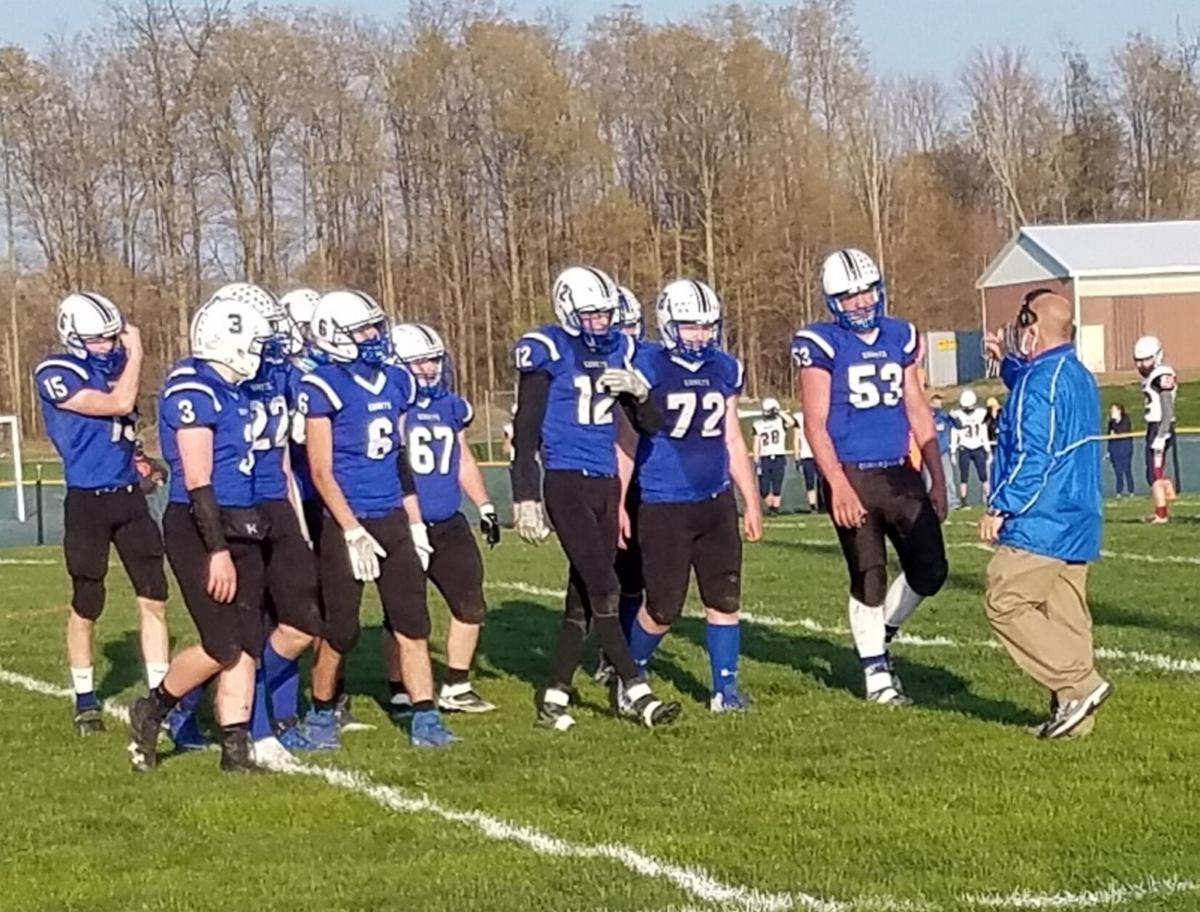 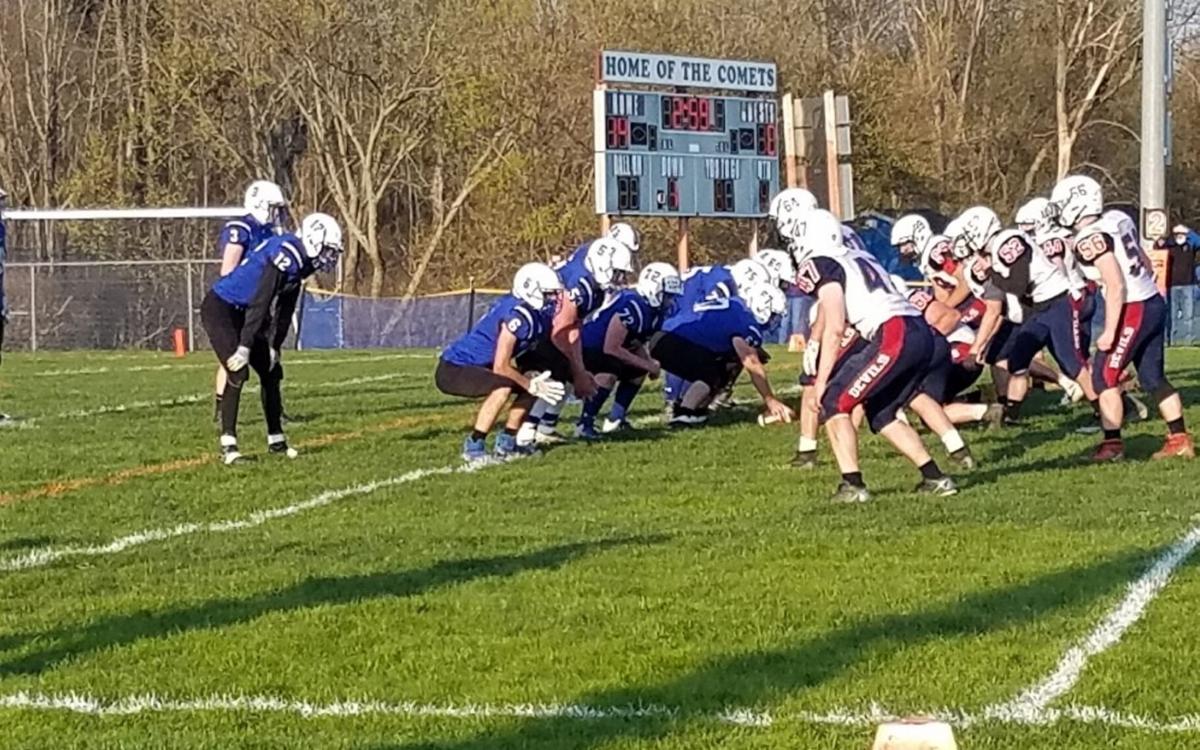 The Sandy Creek defense pushes back the pile on 4th-and-1 to force a turnover on downs and take possession against Pulaski Friday night at Sandy Creek High School. Josh St. Croix photo

SANDY CREEK — Zach Paternoster cashed in a first-quarter fumble recovery to open the scoring and set the tone for a dominant defensive performance by the Sandy Creek football team Friday night.

Paternoster also caught pair of touchdown passes as the senior helped lead the Comets to a 21-0 shutout victory over the Pulaski Blue Devils at Sandy Creek High School to capture the first matchup between the former area rivals in seven years.

The Comets claimed their second shutout win to bookend the condensed campaign after opening with a 28-0 win over Oswego on March 25. They finished the Fall II season with a 3-2 overall record.

“I’ve played football since I was 6 years old so to get one last hurrah as seniors in front of the home crowd, it’s everything you dream about,” Paternoster said. “Going from not even being guaranteed a senior season to finishing 3-2, going through all the adversity we had, injuries, all that stuff, I couldn’t be more proud of this team.”

Paternoster hauled in a 20-yard touchdown catch from sophomore quarterback Dustin Mackey to extend Sandy Creek’s edge to 14-0 early in the second quarter.

Mackey and Paternoster connected again for a 25-yard scoring toss midway through the third quarter to push the edge to 21-0 following the third extra point from senior kicker and converted soccer goalie T.J. Reff.

The second-half touchdown capped off a 90-yard drive and put the Comets firmly in control. They maintained the comfortable edge the rest of the way, aided by Mackey intercepting a Pulaski pass in the end zone to keep the shutout intact with nine minutes left.

“Pulaski is a team we have wanted to beat for a long time, and we wanted to go out strong in our last game of the year, so we were happy to take the shutout and get the job done,” Sandy Creek senior Marshall Coe said.

The Comets defense was daunting throughout and came through with a key stop on fourth-and-1 with less than four minutes remaining in the first half, forcing a turnover on downs against Pulaski, which had driven into the red zone to threaten Sandy Creek’s 14-0 lead.

“The other team’s defense came out and did their best and so did we, and our best was a little bit better,” Sandy Creek senior two-way lineman Ryan Robbins said. “It came down to us being willing to put in more, willing to go through more, work harder in practice, and that’s just how it ended up.”

The matchup marked the first since 2014 between the regional foes with campuses separated by less than 10 miles due to their alignments in different Section 3 leagues for much of the past decade.

Sandy Creek has now won at least the past five games in the series, with the previous four outings played between 2009-14. Spectators were limited due to COVID-19 protocol and Sandy Creek coach Mike Stevens could only imagine the atmosphere if both towns were able to fill each side of the field.

“The players knew,” Stevens said. “They know this is big for me, big for my coaching staff, for our school. The rivalry is still there. You could see the emotions on both sides, both teams trying to do everything they can to win.”

Pulaski suffered its first loss of the Fall II season and ended with a 3-1 record. The Blue Devils returned to traditional 11-man football for the first time since 2017 after moving to the Section 3 Eight-Man Division to combat low participation numbers.

“To be able to play the five games and for this senior group to have that, I’m very happy for them and you could see the emotions in them coming out,” Stevens said.

“When everybody started out with this that’s what we wanted to do, give the kids something normal back,” he added. “I think we achieved that and I’m happy in that sense.”