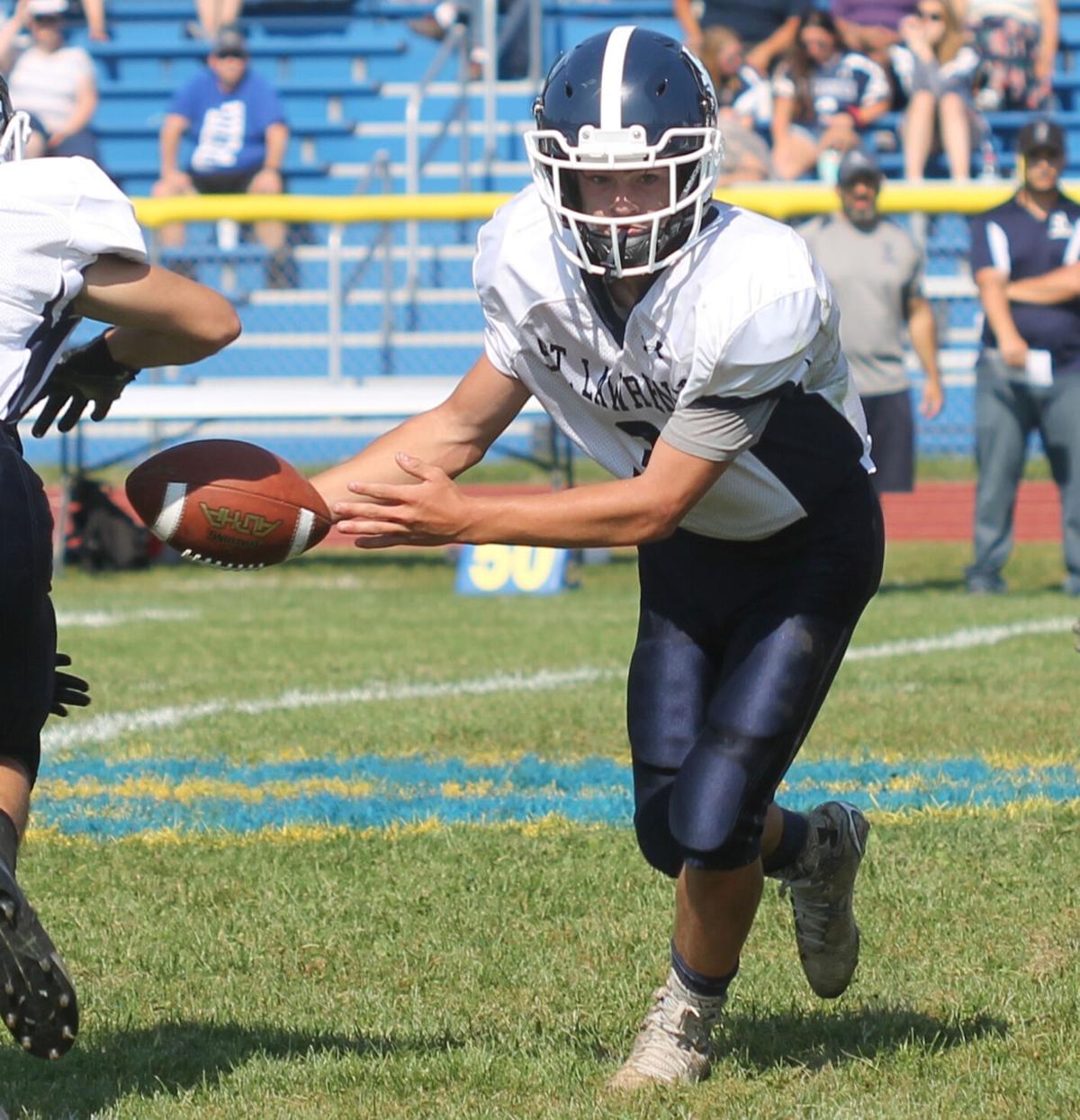 Junior Jayden Ashley is slated to take over as starting quarterback for St. Lawrence Central, which is set to begin play Tuesday. Alain St. Pierre/Courier Observer 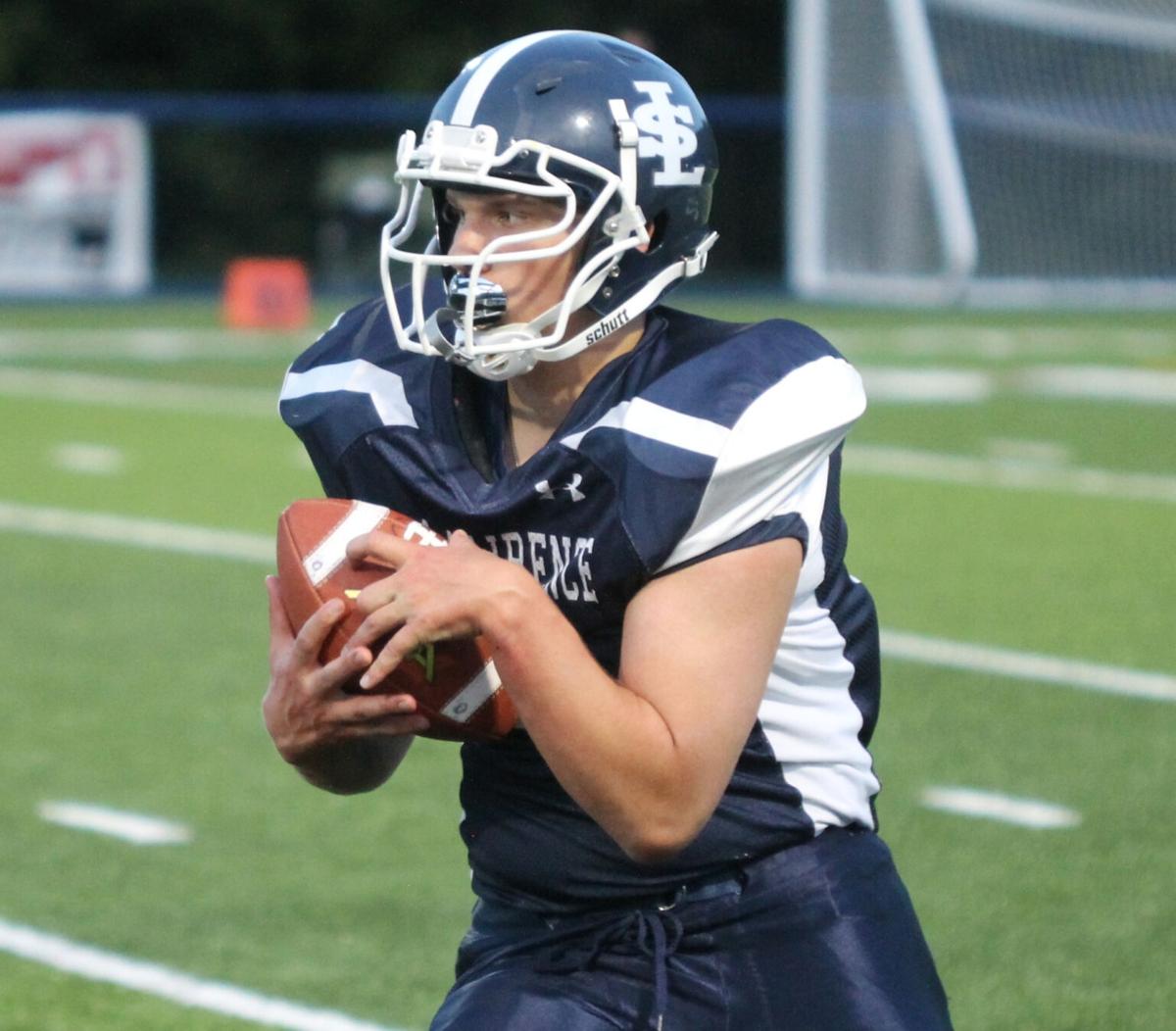 Mike Smith in one of a handful of seniors returning to bolster St. Lawrence Central’s football squad during its shortened season. Alain St. Pierre/Courier Observer

Junior Jayden Ashley is slated to take over as starting quarterback for St. Lawrence Central, which is set to begin play Tuesday. Alain St. Pierre/Courier Observer

Mike Smith in one of a handful of seniors returning to bolster St. Lawrence Central’s football squad during its shortened season. Alain St. Pierre/Courier Observer

“To be honest, when football got canceled back in the fall, I had my doubts that we would have any kind of a season,” said Truax, who returned to the practice field with the Larries on March 22 in preparation for their return to the playing field Tuesday at home against Canton. “Our section has done a great job of making sure that we have this opportunity. Most teams are only going to have one, maybe two games, but at least that’s something.”

St. Lawrence and Canton kick off the season for St. Lawrence County high school football teams, while other SLC squads will start later in the week.

“As a coach, something you look forward to is planning for a season, planning practices, planning for games, being on the field with the kids, those kinds of things,” Truax said. “We haven’t been able to have any direct contact with our players since before things started to shut down so it’s been nice having some normalcy.”

The Larries haven’t taken the field as a group since falling on the road to the OFA Blue Devils in the semifinals of the Section 10 Class C playoffs on October 25, 2019. Only eight players return from that squad, which finished with a 3-5 overall record, including just a handful of seniors, while the majority of this year’s squad is made up of first-year sophomores and freshmen.

“We are definitely young,” said Traux, who expects to start many of the eight sophomores and six freshmen listed on the roster. “We have a great group of athletes with our younger players and if we can hold our own this year, I think our future is going to be bright.”

Noting “there is still a lot in the air” as far as starting positions are concerned, Truax expected to get leadership from the veteran core of seniors Hunter Arquiett (RB/LB), Jonah Burnett (WR/S), Carson McCarger (TE/OLB), Matthew Smith (FB/LB) and Brandon Trimm (LO/DL) along with junior returnees Jayden Ashley (QB/S) and Dylan Bissonette (OL/DL).

“Being so young, we are going to keep things simple this season. Our offense will be run first then try to work some passes in and on defense, we’ll keep things pretty basic,” Truax said.

“Our older guys are doing a great job as far as being leaders and the younger guys seem to be catching on pretty quickly. I know it hasn’t been for a long time yet, but this is a great group to work with,” he added. “I think we’re all excited to get going again.”

Coached by Tom Cloce, the Golden Bears feature only five veterans from the 2019 team that finished at 3-6 in advancing the Section 10 Class A championship game. Returning seniors include Hunter Blauvelt, Ashton Cloce, Tanner Cloce and Colby Young, while Zach VanBrocklin is the lone junior returnee.

The rest of the Canton lineup is comprised mainly of sophomores (7) and freshmen (4).

The Larries are scheduled to play two games this season. They are also slated to host Potsdam at 10 a.m. Saturday. Tuesday’s opener against Canton is slated to kick-off at 5 p.m.

As was the case with outdoor sports this past fall, two spectators per player will be allowed to attend games. Fans will be required to wear face masks and maintain social distancing rules.

The South Jefferson at Lowville football game that was scheduled for Friday night has been moved to this Monday due to a COVID-19 issue.

The game is set to start at 7 p.m. at Lowville.