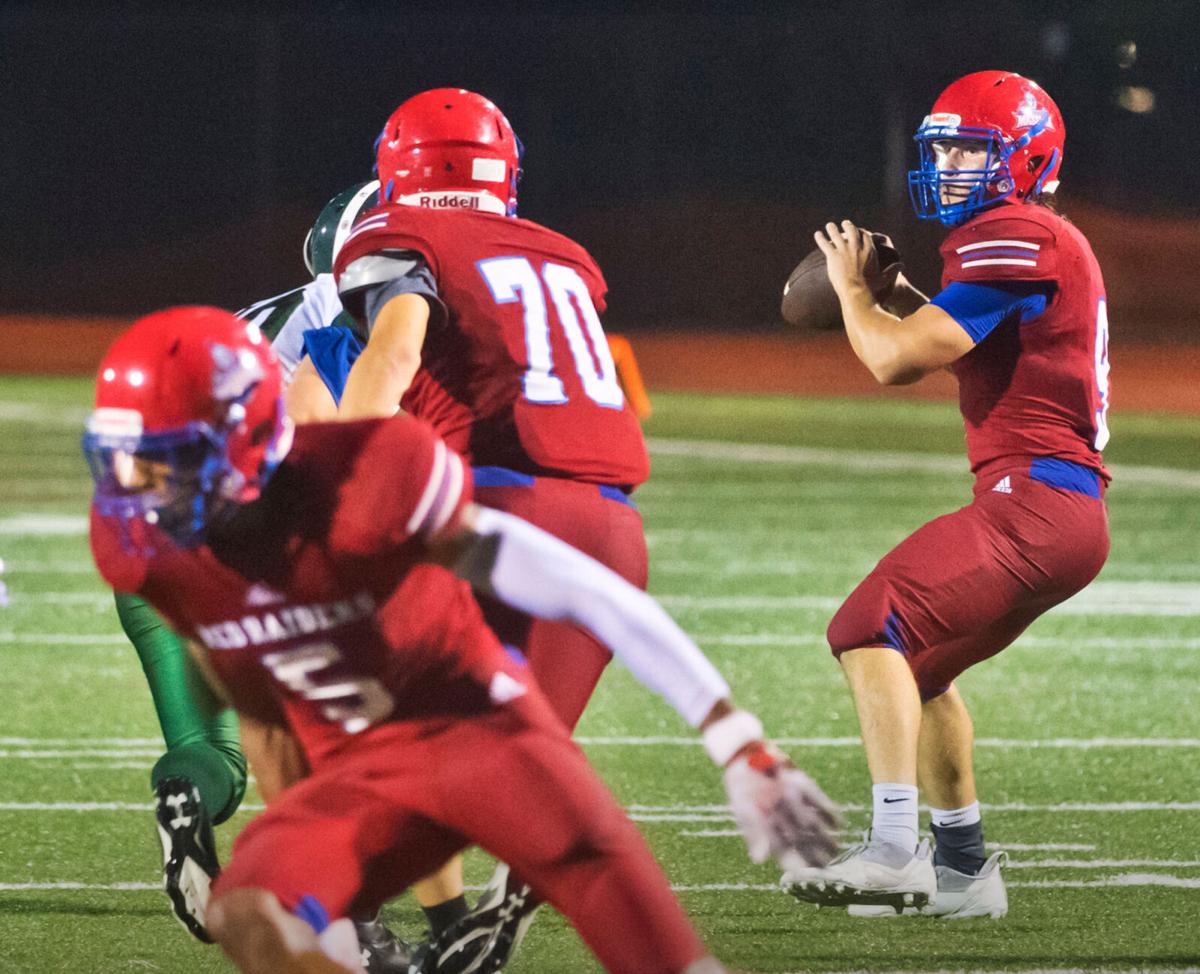 Massena quarterback Dominic Monacelli looks for an open receiver as he throws the balls against Malone, earlier this season. Christopher Lenney/Watertown Daily Times 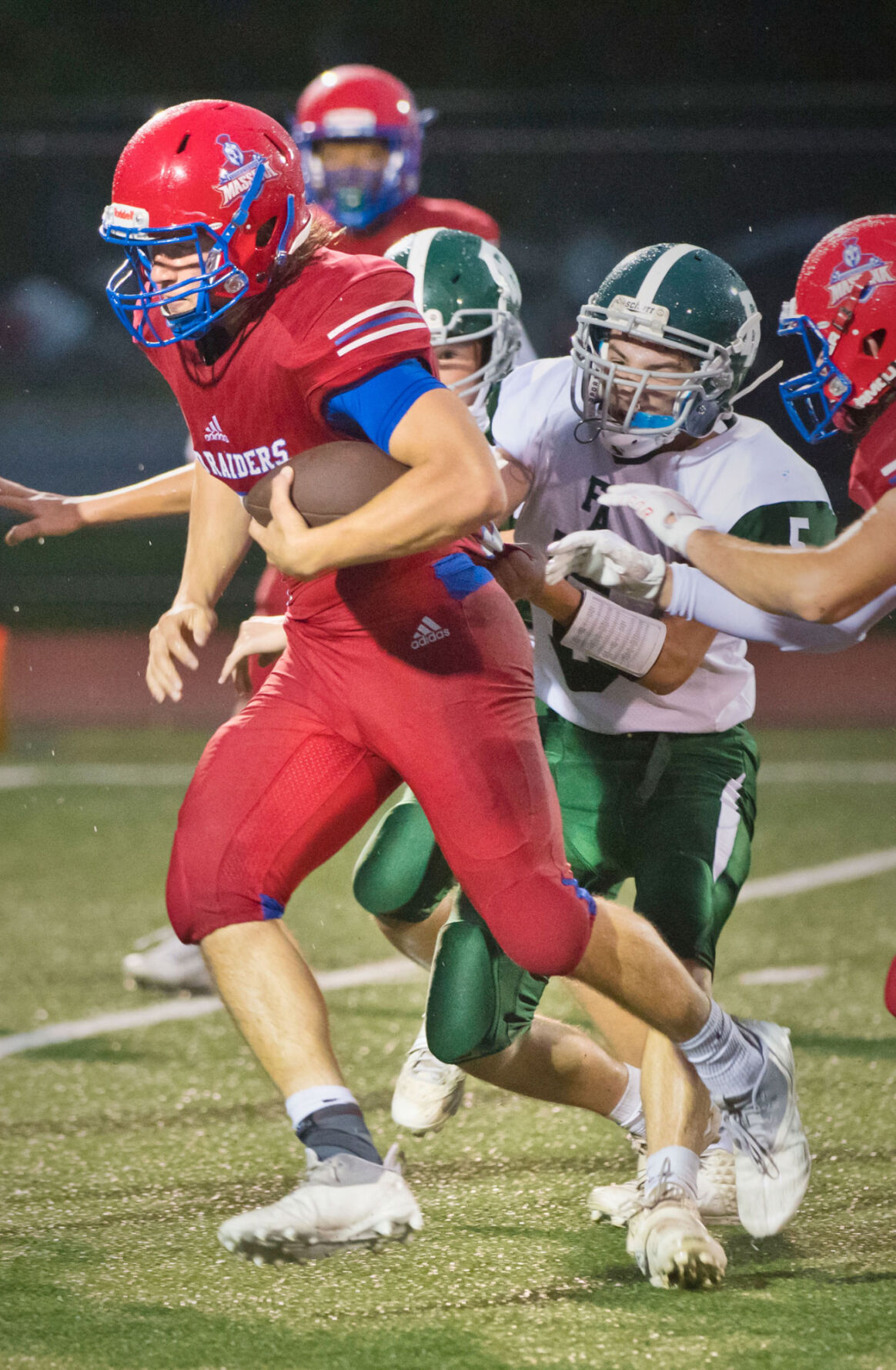 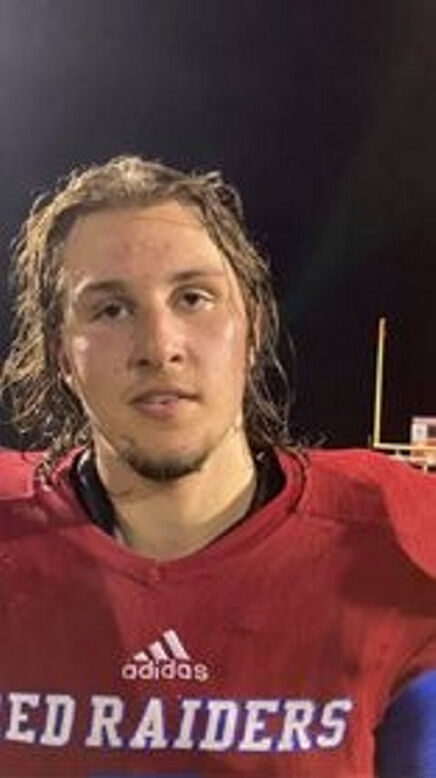 Massena quarterback Dominic Monacelli looks for an open receiver as he throws the balls against Malone, earlier this season. Christopher Lenney/Watertown Daily Times

MASSENA — When Austin Coleman took over as head coach of the Massena football team two years ago, he was happy to discover he already had a talented quarterback to lead his team in Dominic Monacelli.

The Red Raiders had gone through some rough seasons, including a winless one, in the first two years of Monacelli’s career.

Coleman, who is from Spencerport and played at St. John Fisher College and was an assistant coach at St. Lawrence University, came in last year and the team only got to play one game in the spring, due to COVID-19.

Massena won that game against Malone, then opened this season with wins over St. Lawrence Central, Malone and Potsdam.

“It’s always a great thing to have a quarterback that’s already been up for two years,” Coleman said. “When you have a kid who has that game experience under his belt, that’s good to have. He’s also a physical kid, a good athlete, and strong. I think he’s really difficult to tackle. He keeps his legs moving all the time and he has good speed for his size (6-foot-1, 195 pounds). He reads the defenses pretty well.”

Massena’s game with Ogdensburg Free Academy last weekend was postponed due to COVID-19, so the Red Raiders traveled to Section 7 to play Moriah, losing 44-6.

The schedule took more strange turns this weekend. The Red Raiders (3-1 overall, 3-0 Northern Athletic Conference) were supposed to play at undefeated Watertown (3-0) at 6 tonight. That game has been moved to Massena and will being at 7 tonight.

Monacelli has been, statistically, the top quarterback in Section 10 this season.

He enters tonight’s game having completed 30-of-48 passes for 425 yards with four touchdowns.

He’s also a threat when he runs the ball, with 320 yards rushing on 32 carries, an average of 10 yards a carry.

For a program that had been known in the past to run the ball almost every play of the game, Coleman has brought a completely new offensive system to Massena.

Like some college teams, Massena has someone hold up two boards before each play, to signal to Monacelli what options he has for a play.

“I think it’s fun,” Monacelli said of the offense. “It’s like a chess game. It’s a lot to remember. At first, when we did that against Malone last season, I thought it was confusing. It’s actually pretty sick. A lot of colleges do that. I think it’s a lot better and cooler to do that than looking at a wristband.”

It helps Massena’s offense that not only is Monacelli an experience player, but he’s also intelligent.

“Being a quarterback is a lot to understand,” Monacelli said. “I have to know what defense they are running, if they will blitz, how the linebackers are showing, how they can bluff. It’s a lot of pressure. But I think being a quarterback is the best position in the game.”

If all Monacelli could do was lead the offense that would be good enough, but he’s also Massena’s strong safety and a physical force on defense.

“We do roll him down and play him a lot of times in the box,” Coleman said. “We play some coverages where he fills in for a linebacker and we might be sending him on a blitz. He’s physical. You see him come downhill and make a play on somebody and he really doesn’t miss tackles. If he gets his hand on somebody they are doing down to the ground. It’s an awesome trait to have.”