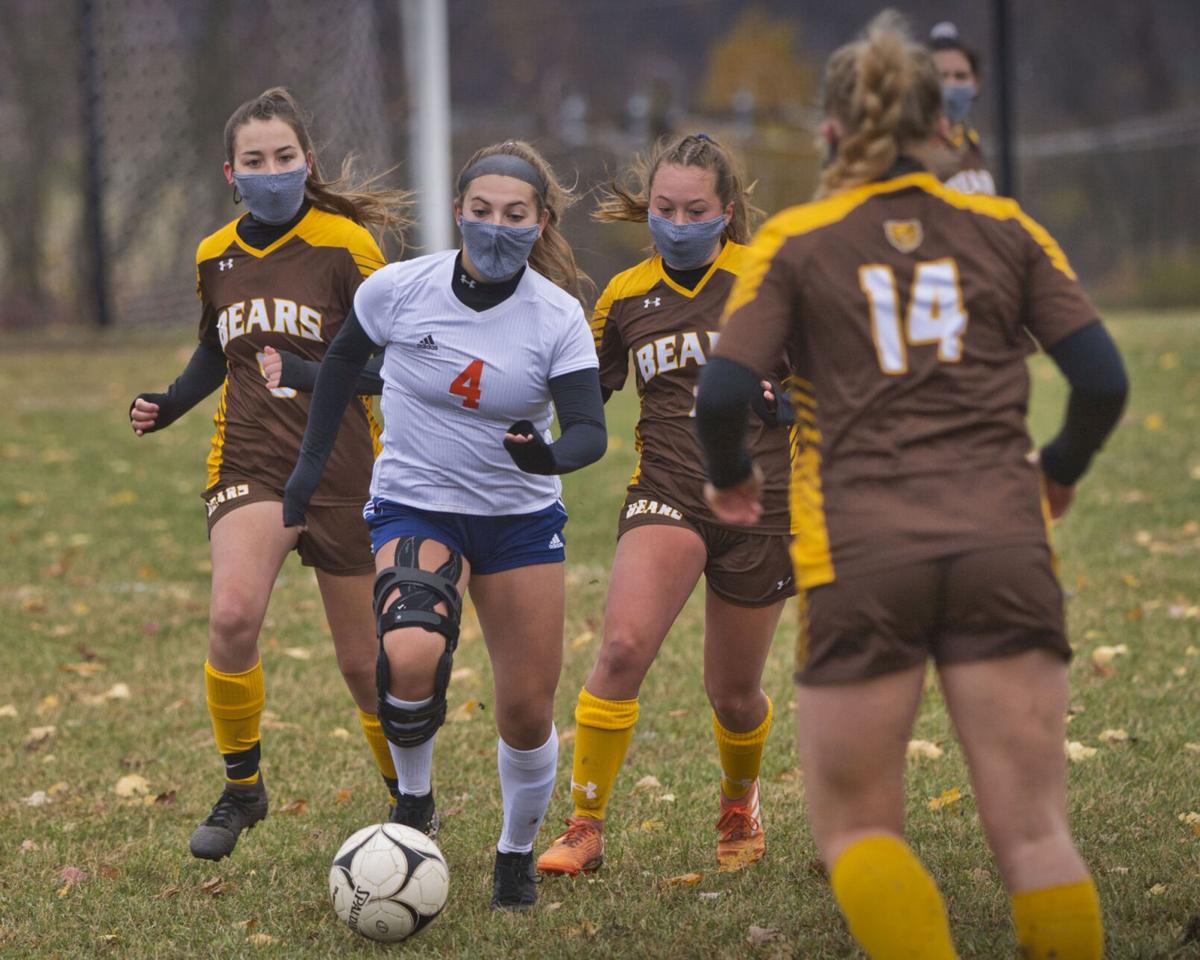 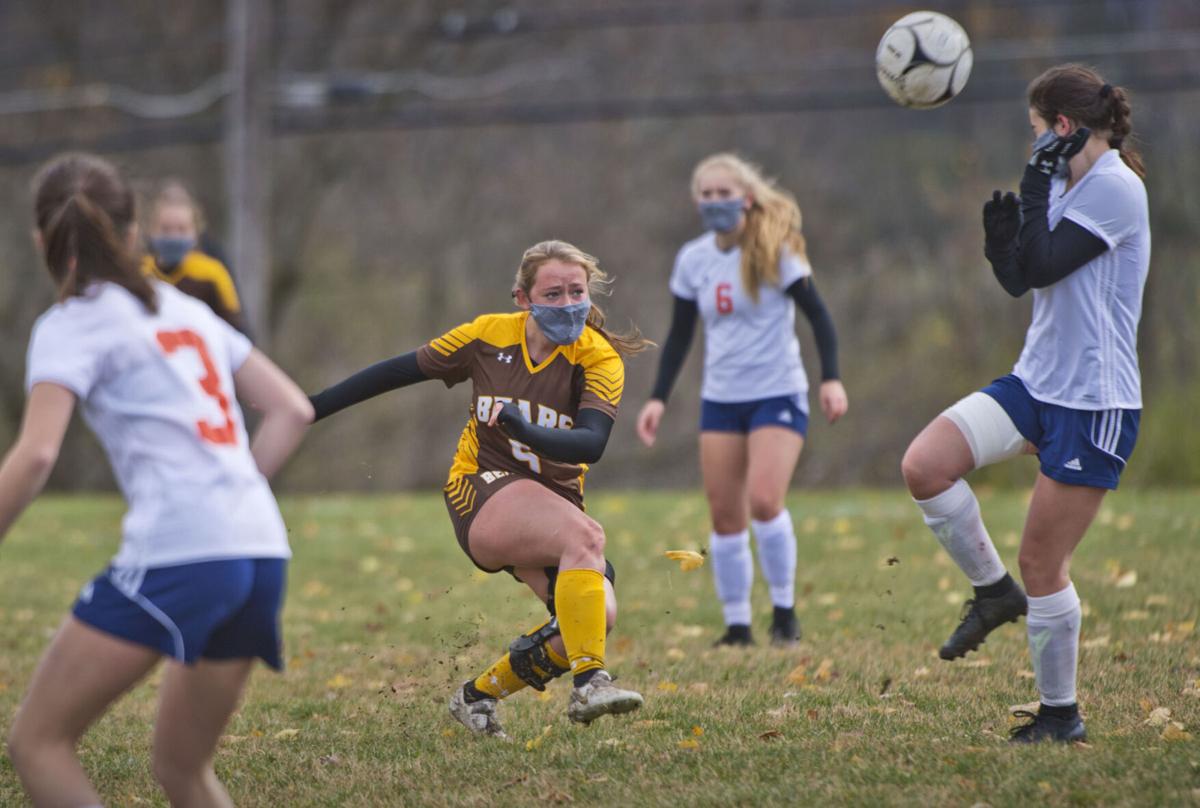 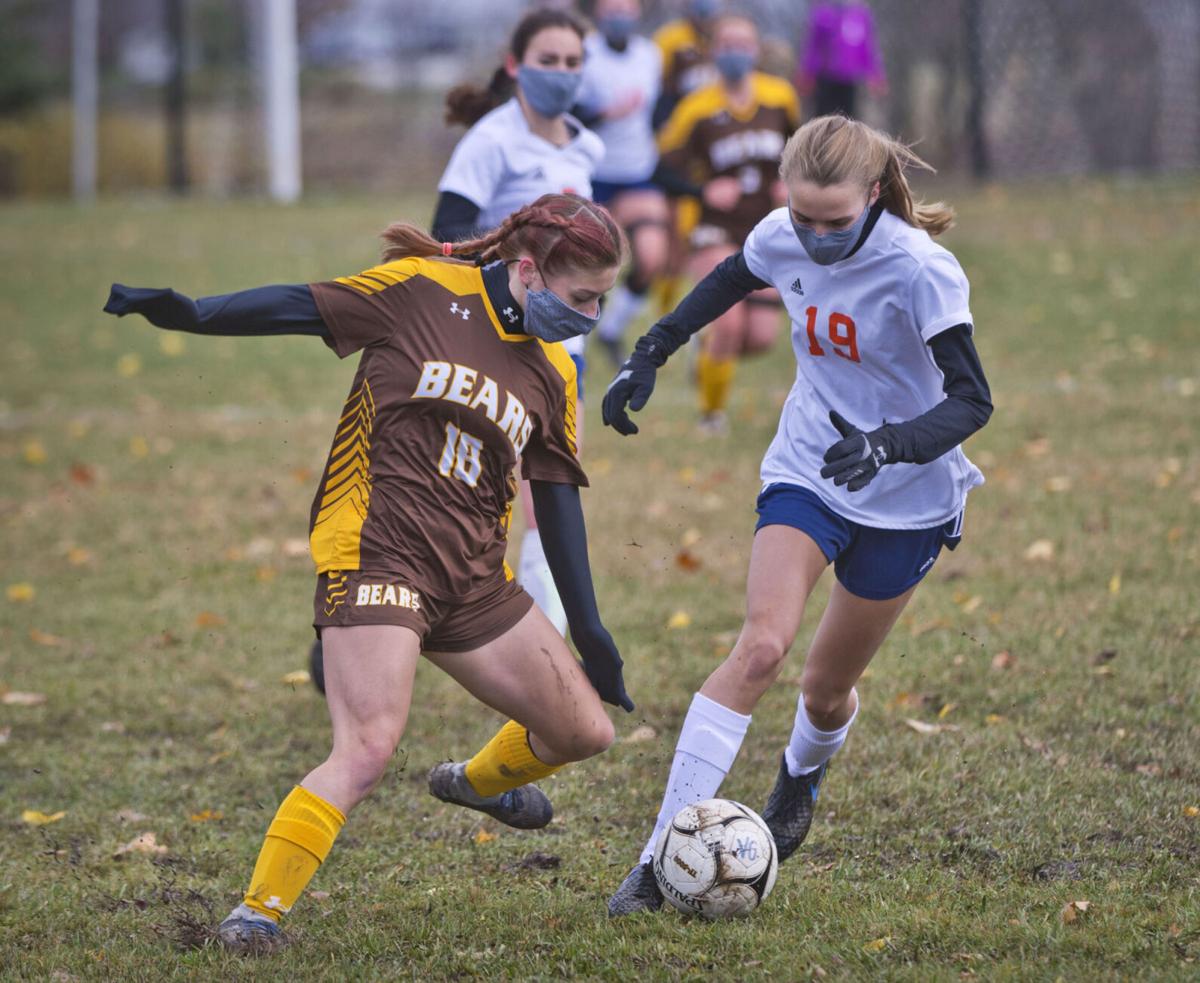 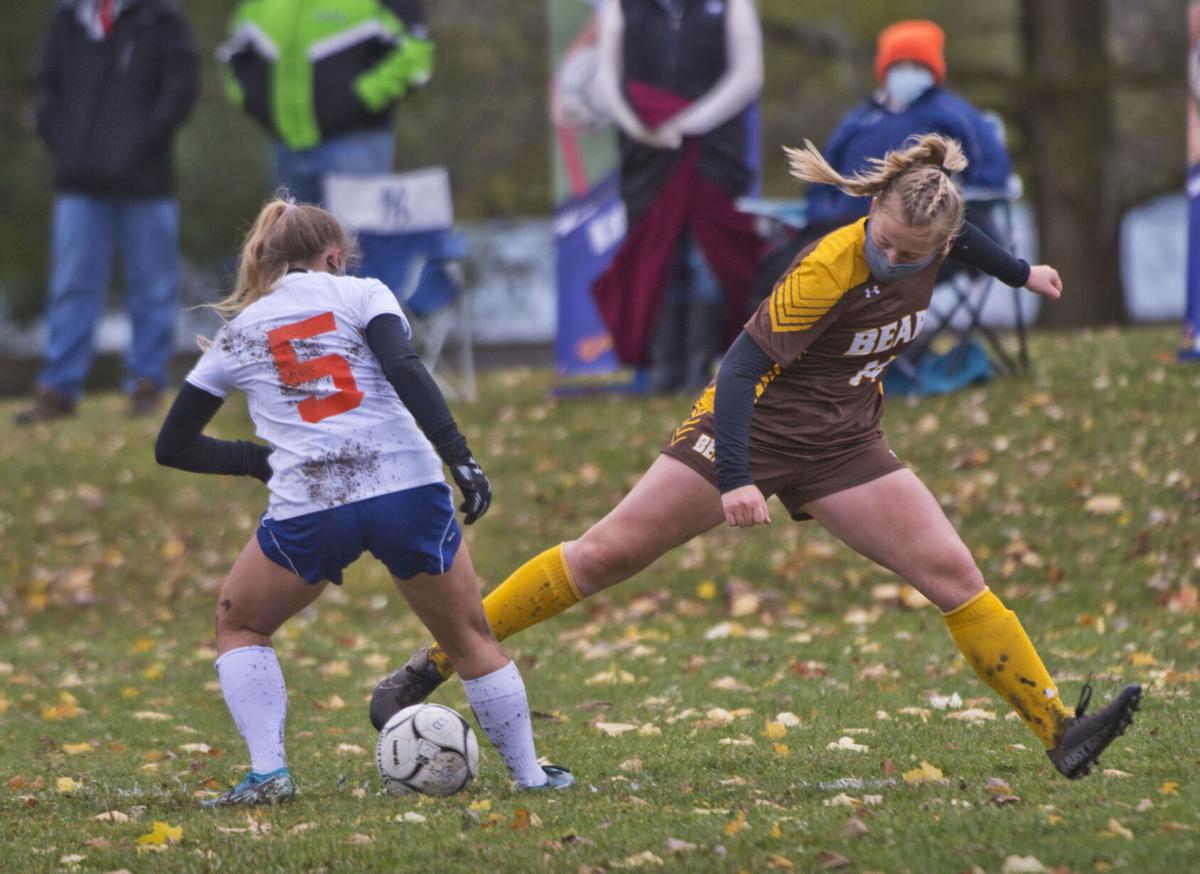 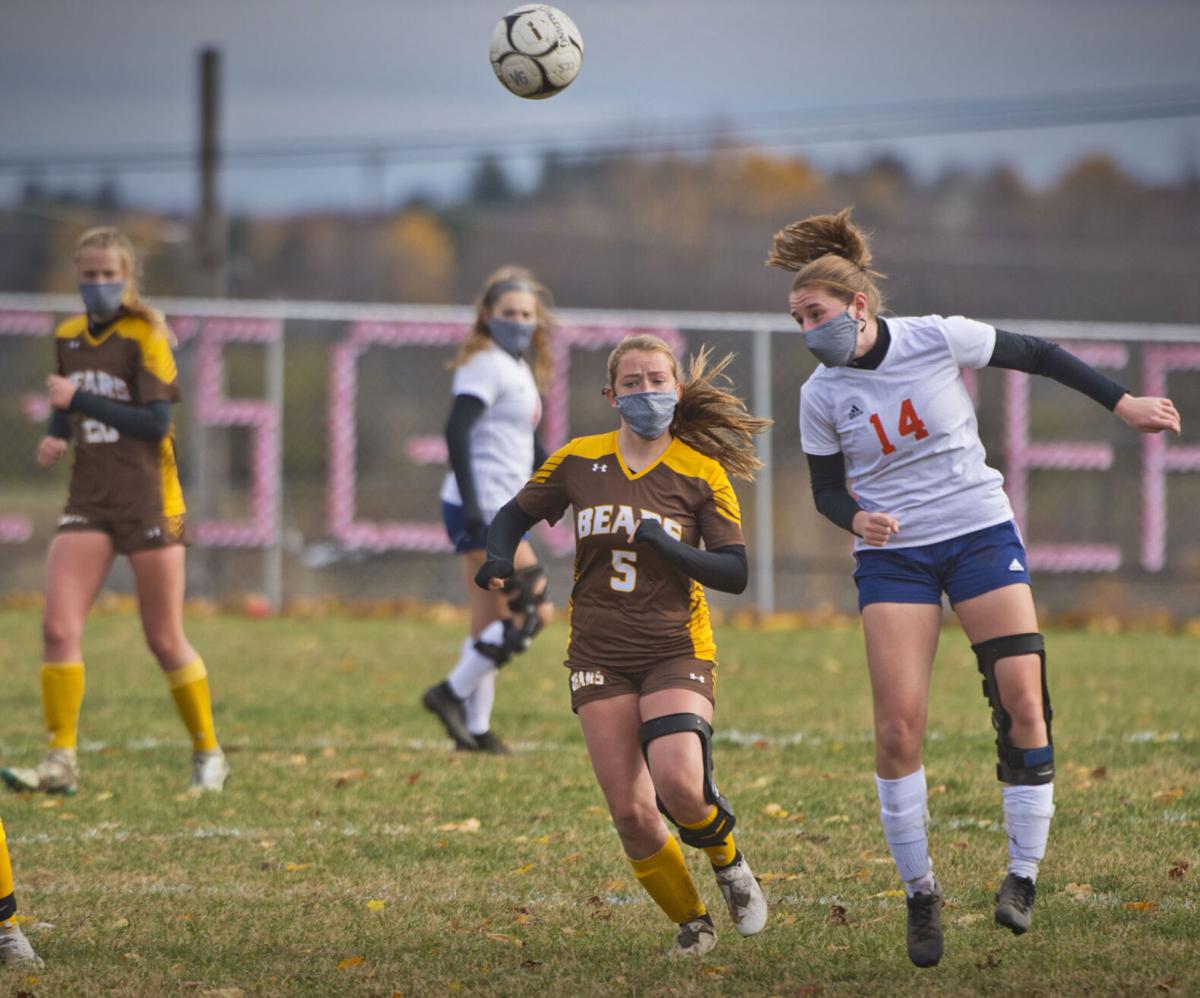 Saturday was a better day for Francis, a sophomore, who assisted on one goal and scored another to lead the Golden Bears to a 2-0 victory over Potsdam in a Northern Athletic Conference game.

“It feels really good,” Francis said of returning to the field. “It was a really long recovery and a very hard recovery. I feel like my skills are where they used to be, but the cardio part is the part that’s hard to get back at. I couldn’t do anything for 12 months. I’ve been working really hard to get back to where I want to be.”

Francis, who is the daughter of Canton High School and St. Lawrence University Hall of Famer Anita Bessette, is early in her high school career and her skills were missed last year.

“She has a real eye for the net,” Canton coach Greg Kiah said. “She can strip the ball (from an opponent) and go for it. She is similar (to her mother). She is getting more aggressive. The more aggressive she is, the less chance she to has to get hurt. With no preseason, we are all a little rusty. We are trying to go just one game at a time.”

Canton (4-1 overall and division) struck first in the 19th minute when Amelia Rodee sent a pass to Francis, who gave her the ball back. Rodee, who plays defense, then scored her first career goal.

Said Kiah, “I’ve been pushing (Rodee) to stay in the play a little bit more. She really controls the middle of the field and does a great job back there. It was great to see her get her first goal.”

Francis had a chance to give Canton a 2-0 lead late in the first half but her shot in the 31st minute rolled just wide of the Potsdam net.

The next time Francis had a chance she made the most of it, scoring off a pass from Esther Shipman to give the Golden Bears a two-goal lead.

“This morning I woke up and was kind of scared because (playing Potsdam) brought back memories (of the injury),” Francis said. “A few days ago was a year ago from when I got surgery, so that also brought back a lot of memories. But I play sports with a lot of girls on this team, so it was fun to be back out playing.”

Canton had one more scoring chance in the 65th minute but a shot from Etta Coburn went just over the top of the crossbar.

Canton and Potsdam (2-2) entered the game with just one loss so the losing team knew they would likely be eliminated from a shot of at least tying for the Central Division title. Gouverneur entered Saturday with a 5-0 record, including wins over Canton and Potsdam, and Massena, which started later, is 2-0.

“It felt good coming off of a loss to win this one for sure,” Rodee said.

Potsdam started the season a few weeks late due to COVID-19 cases, which sent the school to remote learning.

“What hurt us today was we got outworked,” Potsdam coach Joe Stark said. “They always come out hard and we didn’t match their intensity. We turned the ball over and they made two or three nice plays together and scored. At this point and time of the season it would be the playoffs. One of our biggest downfalls was starting two weeks later than everybody else. Physically we are a little slow. It feels like its the second or third week of the season at best. Our team play is just not there.”

Allison Shorette made 10 saves for the shutout for Canton.