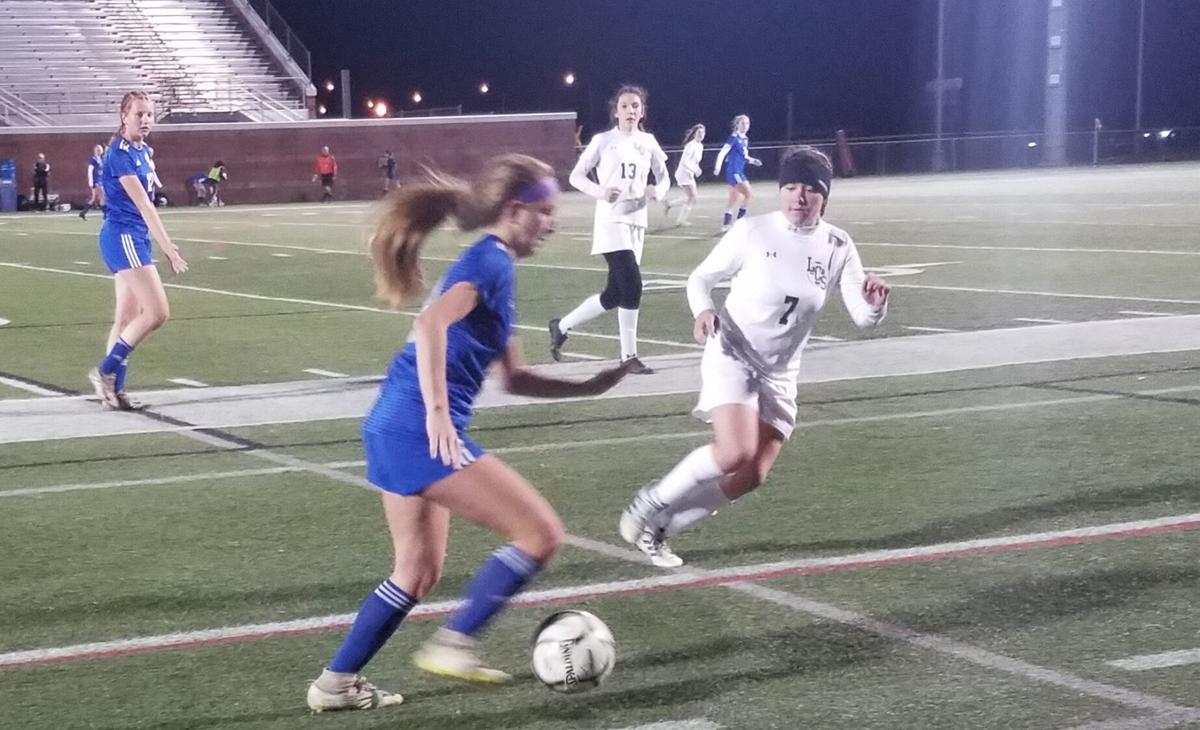 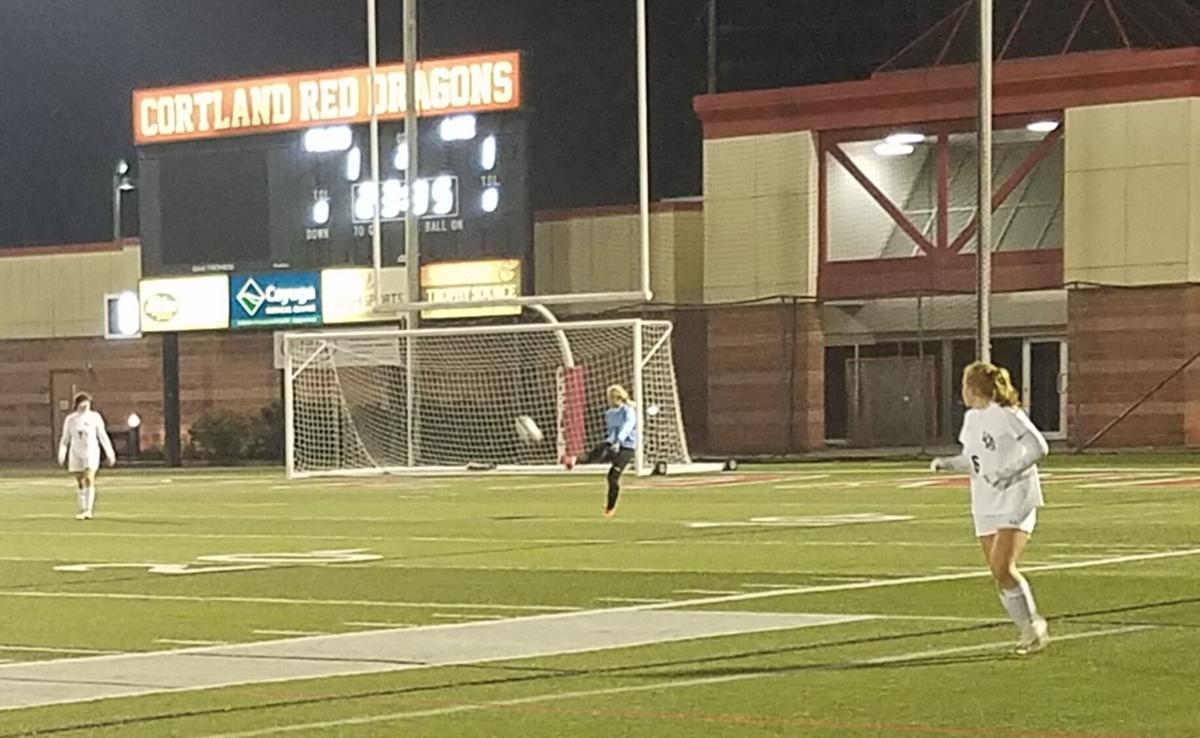 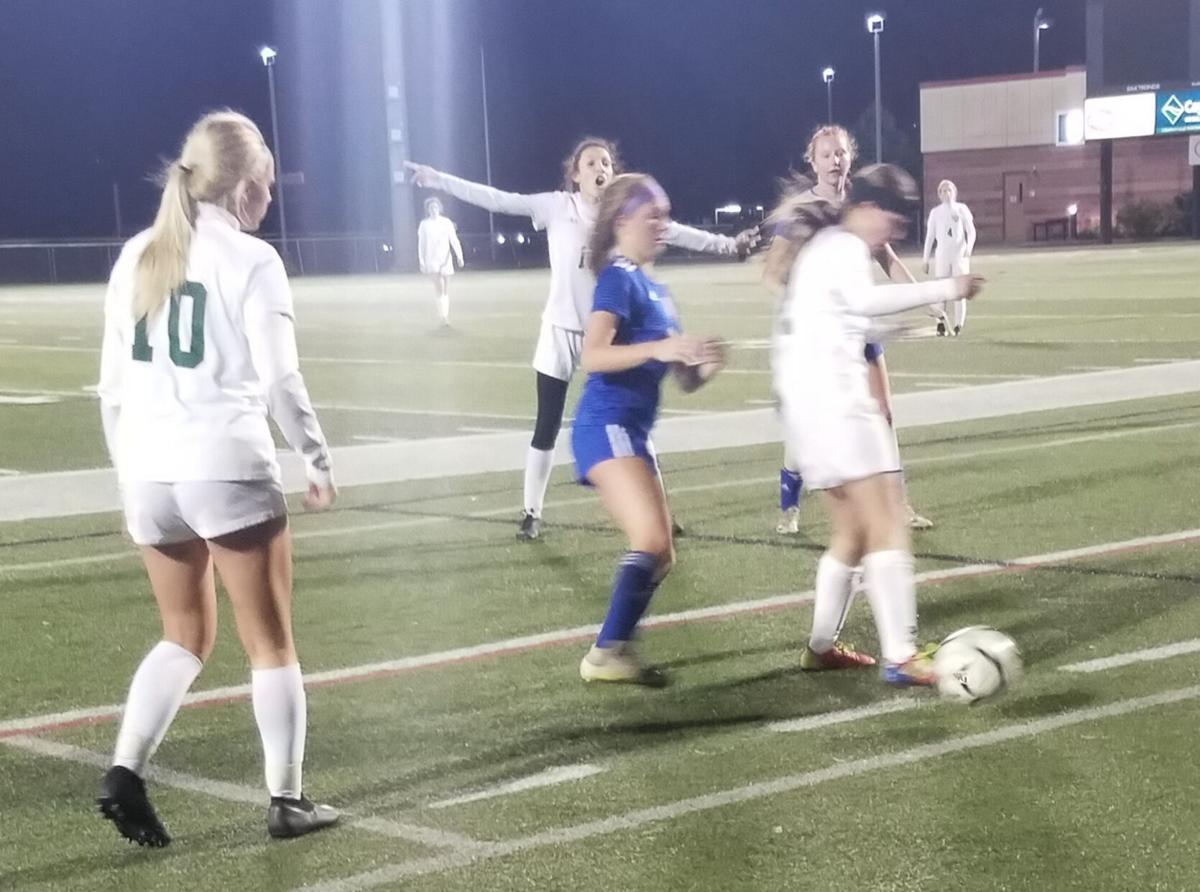 CORTLAND — Callie LaFontaine came through in ways she couldn’t have imagined just a few days prior to what ultimately proved to be her final game for the Lyme varsity girls soccer team.

Second-seeded Poland scored twice in the final six minutes to capture a 3-1 victory over No. 4 Lyme in the Section 3 Class D championship game Friday night at SUNY Cortland.

The Tornadoes (19-0-1) won their fifth straight sectional crown and will begin defending their 2019 Class D state title in a regional next week.

LaFontaine scored the lone goal early for the Indians and made 15 saves to fill in admirably at goalie for classmate Kaitlyn Weston, who was unavailable to play for undisclosed reasons after making seven saves in Lyme’s 1-0 semifinal shutout earlier this week.

“It was almost exhilarating in a way if that makes sense,” LaFontaine said of shifting positions on the big stage. “I was happy to step up for my team and do it.”

LaFontaine led Lyme with 30 goals entering the final, including the game-winner in the semifinals to help the Indians advance to their first sectional title game since 2007.

She scored to put Lyme on the board just six minutes into the championship game against Poland, scoring a header off a free kick with an assist from junior Malena Stevenson.

The Tornadoes stormed back quickly when Alexis Bates scored in the 14th minute to tie the game at 1-1.

LaFontaine moved to the goal soon after and delivered a flurry of key saves in the second half. With 11 minutes left and the game still tied, she ran out to make a save about 20 yards away from the goal and recovered in time to stop another shot attempt and preserve the tie.

Bates managed to slip the go-ahead goal past LaFontaine to put Poland up 2-1 with six minutes left after the Lyme senior made two tough saves prior to the breakthrough on the scoring sequence.

LaFontaine said that she had played goalie on club teams at the 12-and-under and 14U levels. Friday marked her first appearance in goal for Lyme this season and she had not recorded a career save on varsity prior to the game. Junior Reagan Cole contributed two saves in helping fill the void.

Lyme assistant coach Kris Cole, who spoke on behalf of the staff as head coach Mary Guyette declined an interview, said that coaches long considered LaFontaine as a possible emergency goalie. She was not able to provide details on Weston’s absence.

“She has some experience and she’s fantastic, and everybody got to see what she was able to do in goal,” Cole said of LaFontaine. “She’s always been somebody that was on our minds to go to if we needed it.”

Shelbi Hagues added the insurance goal for Poland with one minute and 51 seconds left to extend its advantage to 3-1.

Lyme ended its season with a 17-2 overall record after reaching its first Section 3 championship game in 14 years, which came during Guyette’s first stint as head coach. She spent 10 seasons guiding the Immaculate Heart Central boys soccer team before returning to the Indians for this season.

Lyme’s resurgence came after a full year off as the team opted out of playing last fall or in the Fall II window last spring due to COVID-19 concerns.

“We put our heart and soul in this today and all season, and to see everything they put into it just end in the last six minutes was just devastating for most of the girls,” Cole said. “We have a few seniors that have been working really hard to accomplish this exact thing, and to have it just out of reach is really hard.”

She added: “I just hope these girls realize how hard they all played, how impressed and how proud we all are.”