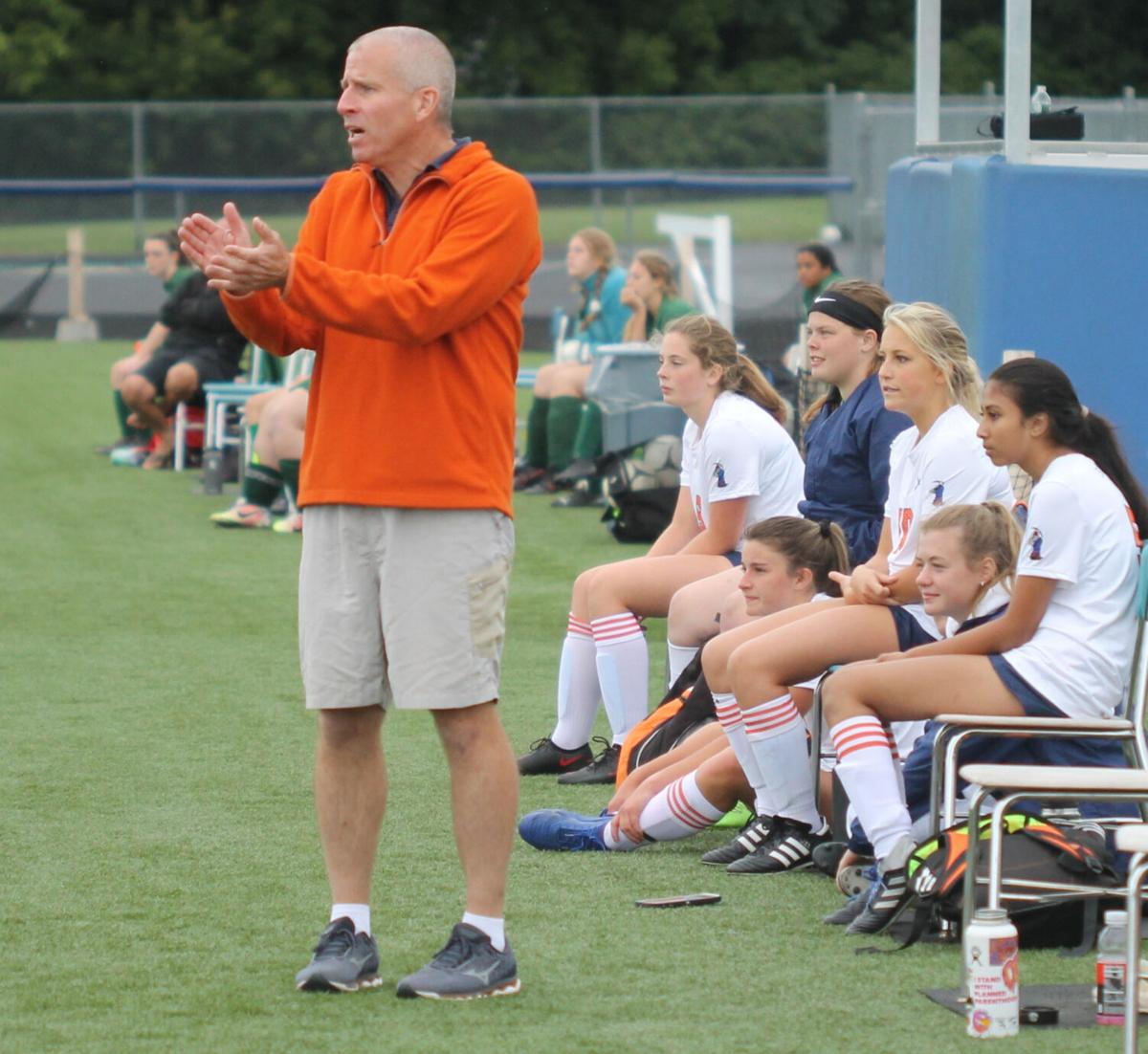 First-year head coach Anthony Betrus encourages Potsdam players on the field while other players look on from the bench during the team’s season-opening win last week. Alain St. Pierre/Courier Observer 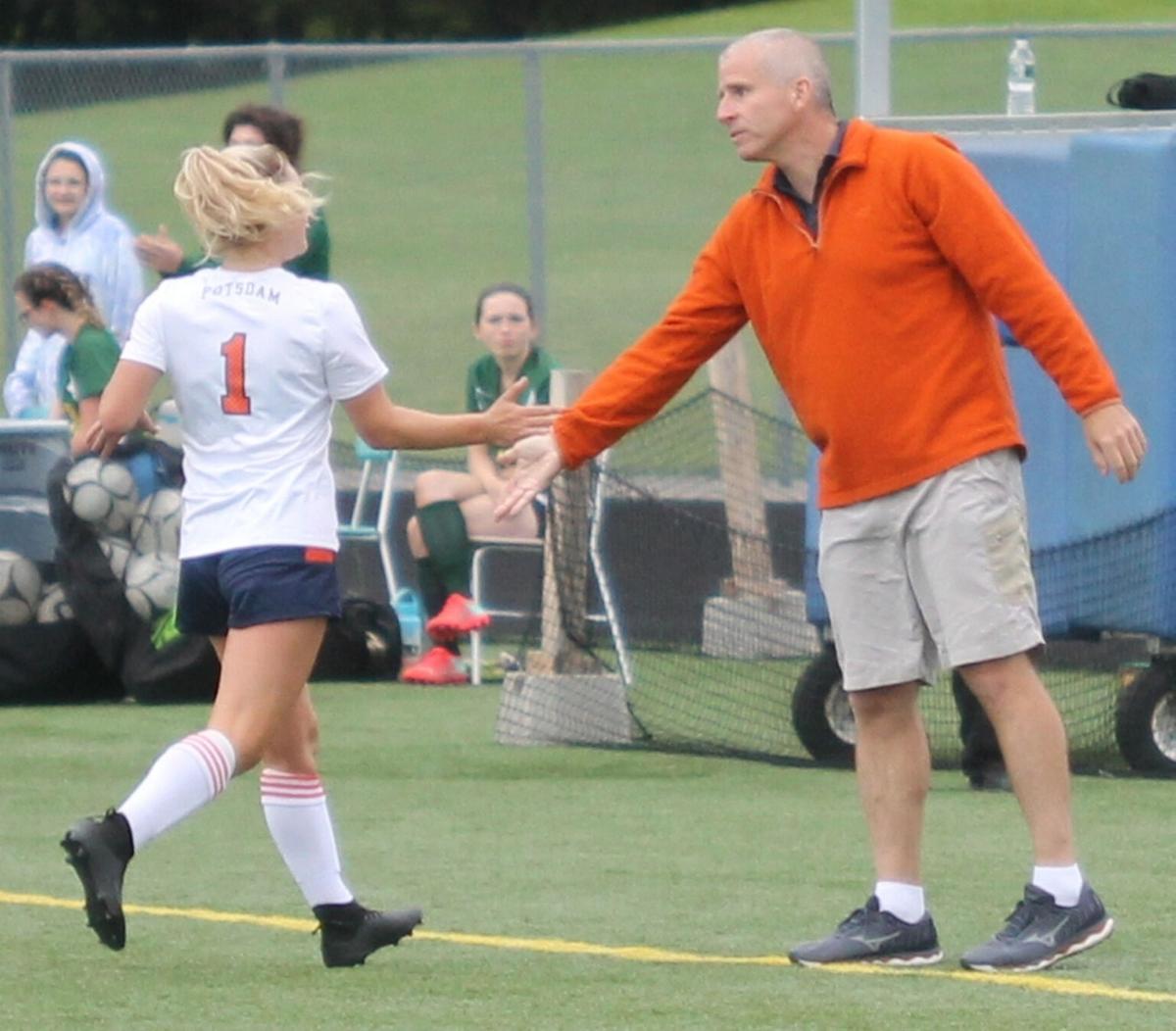 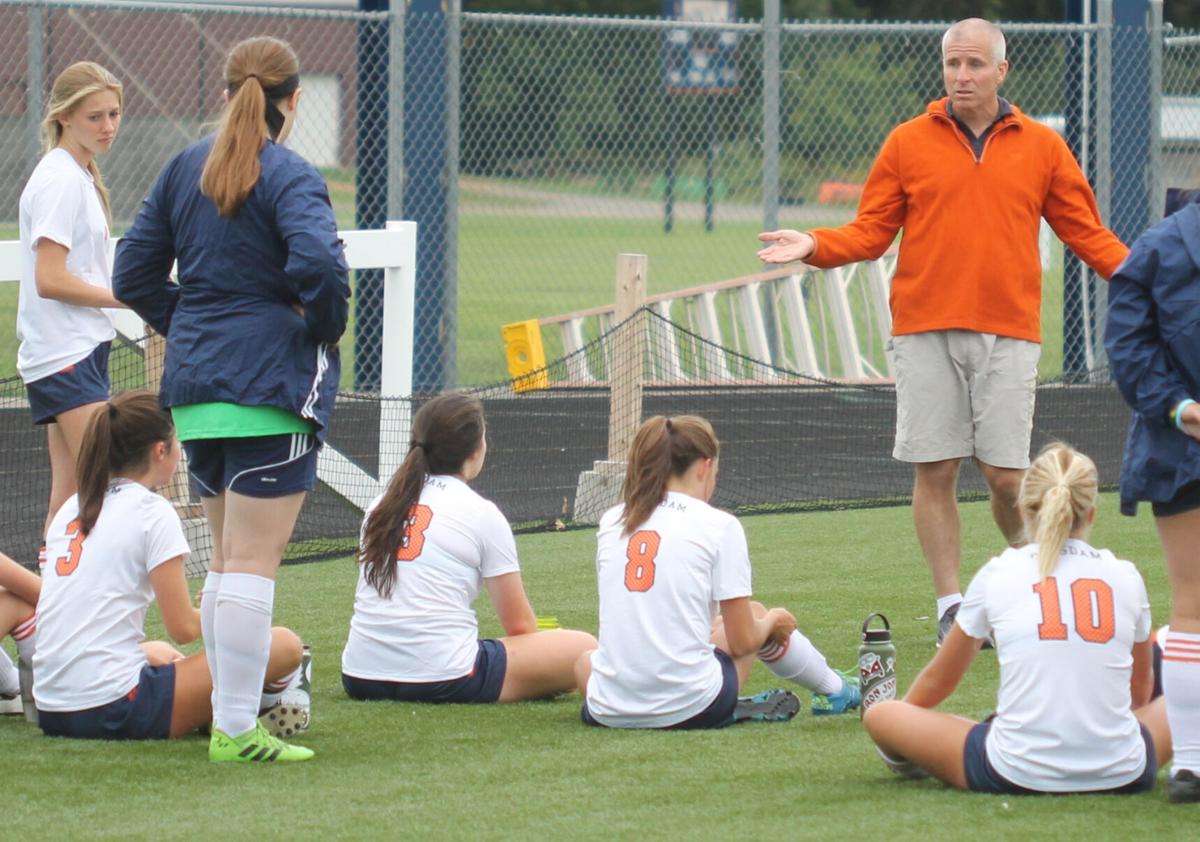 First-year head coach Anthony Betrus encourages Potsdam players on the field while other players look on from the bench during the team’s season-opening win last week. Alain St. Pierre/Courier Observer

For the first time in more than 30 years, the Sandstoners experienced a major change on the sideline as well.

“From what I’ve seen so far, we have a lot of speed and we have a lot of raw talent but we have very little experience at the varsity level,” said Anthony Betrus, who has taken over as head coach after the retirement of longtime coach Joe Stark at the end of the abbreviated 2020 season.

“I just want to see the team compete hard every game and, win or lose, I want the players to walk off the field holding their heads high,” he added. “With me, it’s about playing good soccer and not thinking about winning or losing.”

While Betrus may be relatively new to coaching soccer, he is certainly no stranger to the game. A 1989 graduate of Harrisville, he was a three-year varsity standout for the Pirates through the early stages of current veteran coach Rick Bearor’s career.

“Growing up, soccer was just part of the culture in Harrisville. Basketball is probably an even bigger part. I played basketball but I always loved soccer first,” he said.

Betrus went on to attend SUNY Potsdam where he was a four-year starter for the school’s Division III program from 1989-92 and competed for three different head coaches during that span.

“Basically, what you have at that level is more speed. Definitely learned a lot about soccer at Potsdam,” he said.

After gaining a bachelor’s degree in education and mathematics in 1993, Betrus spent one more year at SUNY Potsdam and earned his master’s in education in 1994. He eventually attended Indiana University, where he garnered a PhD in instructional systems technology.

“I was at Indiana for three years. They had a Division I soccer team and I watched them play every chance I got,” he said. “It was just incredible soccer.”

Betrus returned to SUNY Potsdam as professor in the school’s Educational Technology and Management department in 1997 and has served in that capacity since. In what proved to be his only true previous coaching experience, he was an assistant for the men’s program for five years alongside then head coach Joe Vaadi, stepping aside from the post in 2002.

“I learned a lot about coaching during that time,” Betrus said.

While Betrus’ coaching career has resumed after a 19-year hiatus, his playing status has never quite ended. He has now competed in the North Country Men’s Summer Soccer League for a span of five decades and has been part of numerous championship teams based both in Harrisville and Potsdam.

As coach of the Sandstoners, Betrus inherits a program that has consistently contended for both Northern Athletic Conference Central Division regular-season and Section 10 Class B and Class C titles. He will look to rebuild another contender around a small nucleus of players who were part of the team that shared the 2019 Class B title with Canton. They include seniors Brooke Joyce and Ava Reynolds, along with juniors Kennedy Emerson and Emma Brosell and sophomore Lindy Betrus. Madeline Wheeler is the lone other senior on the squad. Other juniors include Maggie Akin, Aliena Grainger, Rose Hoover, Riya Patel, Hailey Richards and Grace Theodore along with Isabella Shatraw, who is expected to make a smooth transition to soccer after four varsity seasons of cross country. Sophomore newcomers Lola Buckley and Jadian Andrews are due to share goaltending duties while classmates Danielle Emerson and Keegan McGaheran will be counted on to make strong contributions as well.

“This group is very coachable,” Betrus said. “The transition has been as smooth as can be.”

Betrus is one of three new head coaches in the Central Division. Jessica Harvey has returned to her alma mater at Norwood-Norfolk, which is moving back into the division after several seasons in the East, and Kurt Wells has taken over at Gouverneur.

While a handful of varsity coaches will be getting their careers off the ground this fall, Parishville-Hopkinton Central’s Evan Harper is closing in on a remarkable milestone as he begins the 2021 season nine wins shy of 500 for his career. He started the program at Parishville-Hopkinton in 1980 after having began as a boys soccer coach at Edwards Central in 1967. Among the players that he mentored at Edwards was Betrus’ former coach at Harrisville, Rick Bearor, who is now in his 42nd season at the Pirates’ helm. ... St. Lawrence Central is shifting back to the East Division from the Central Division this fall.