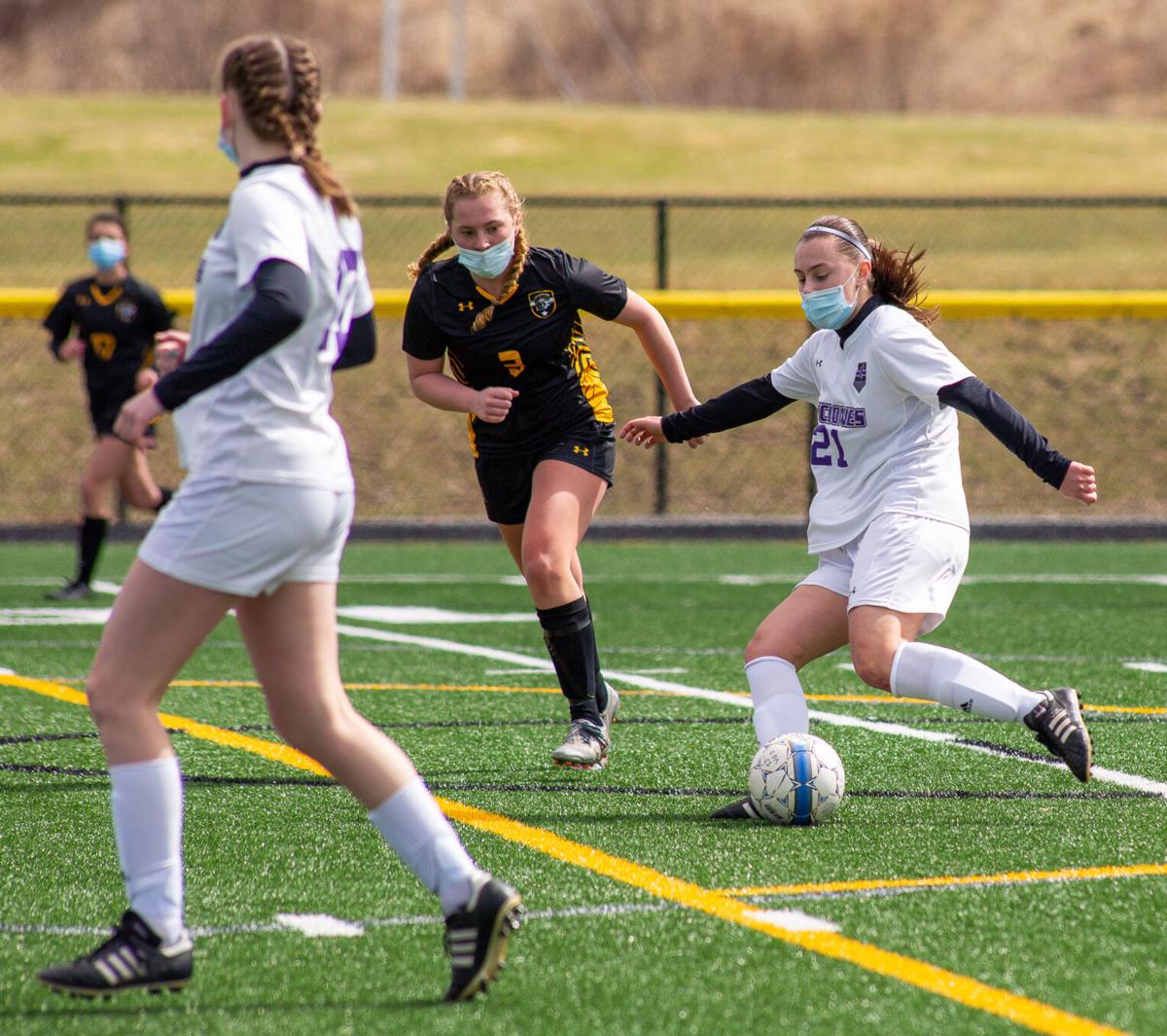 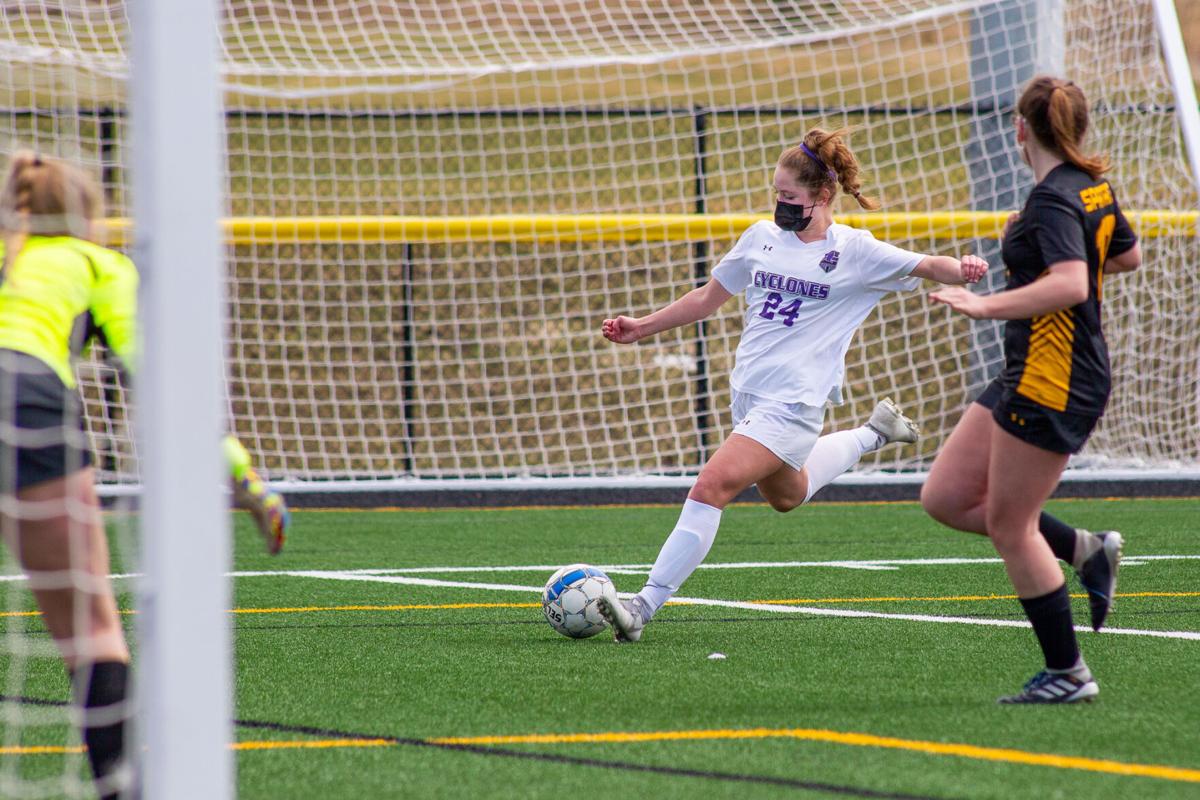 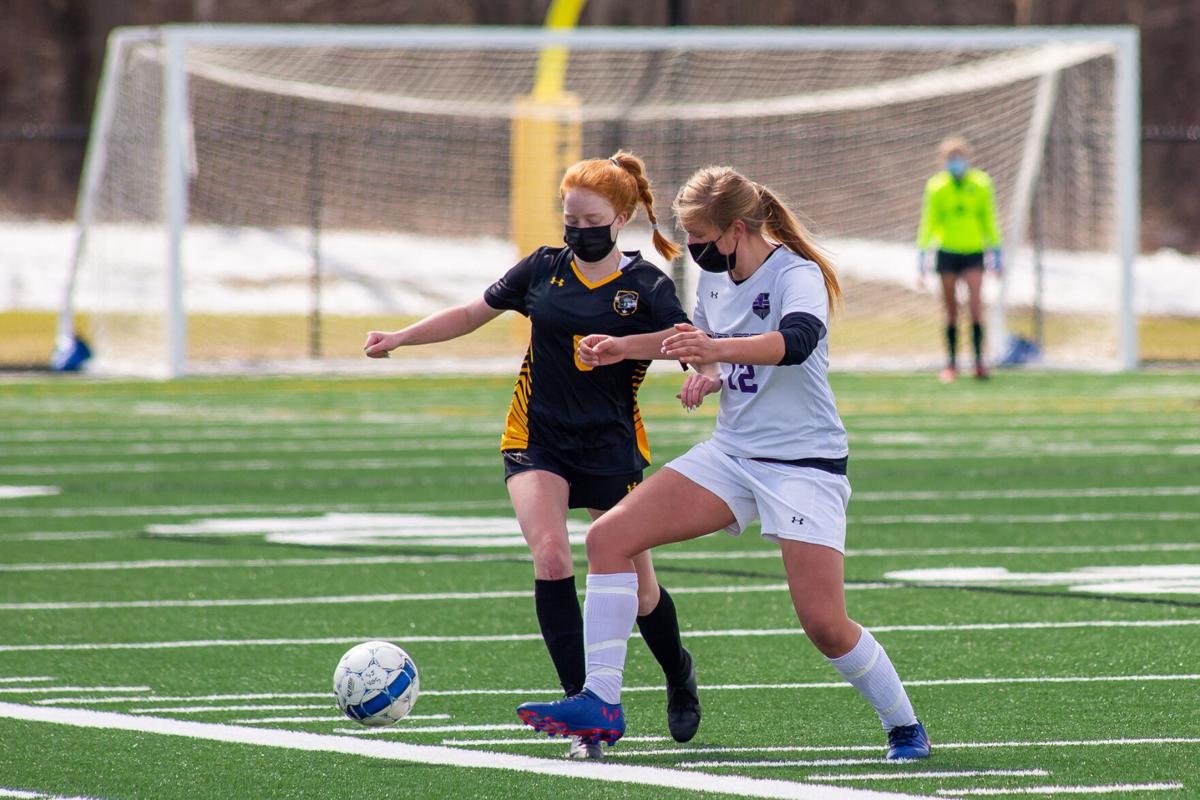 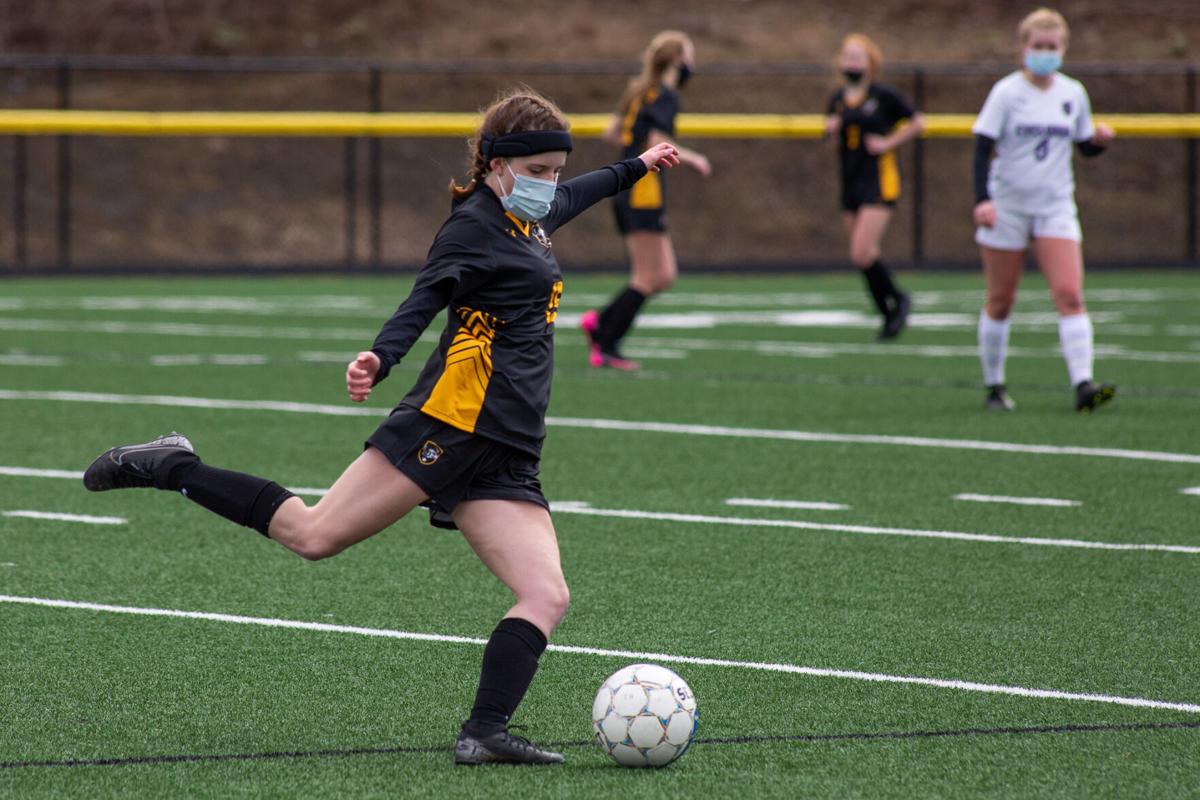 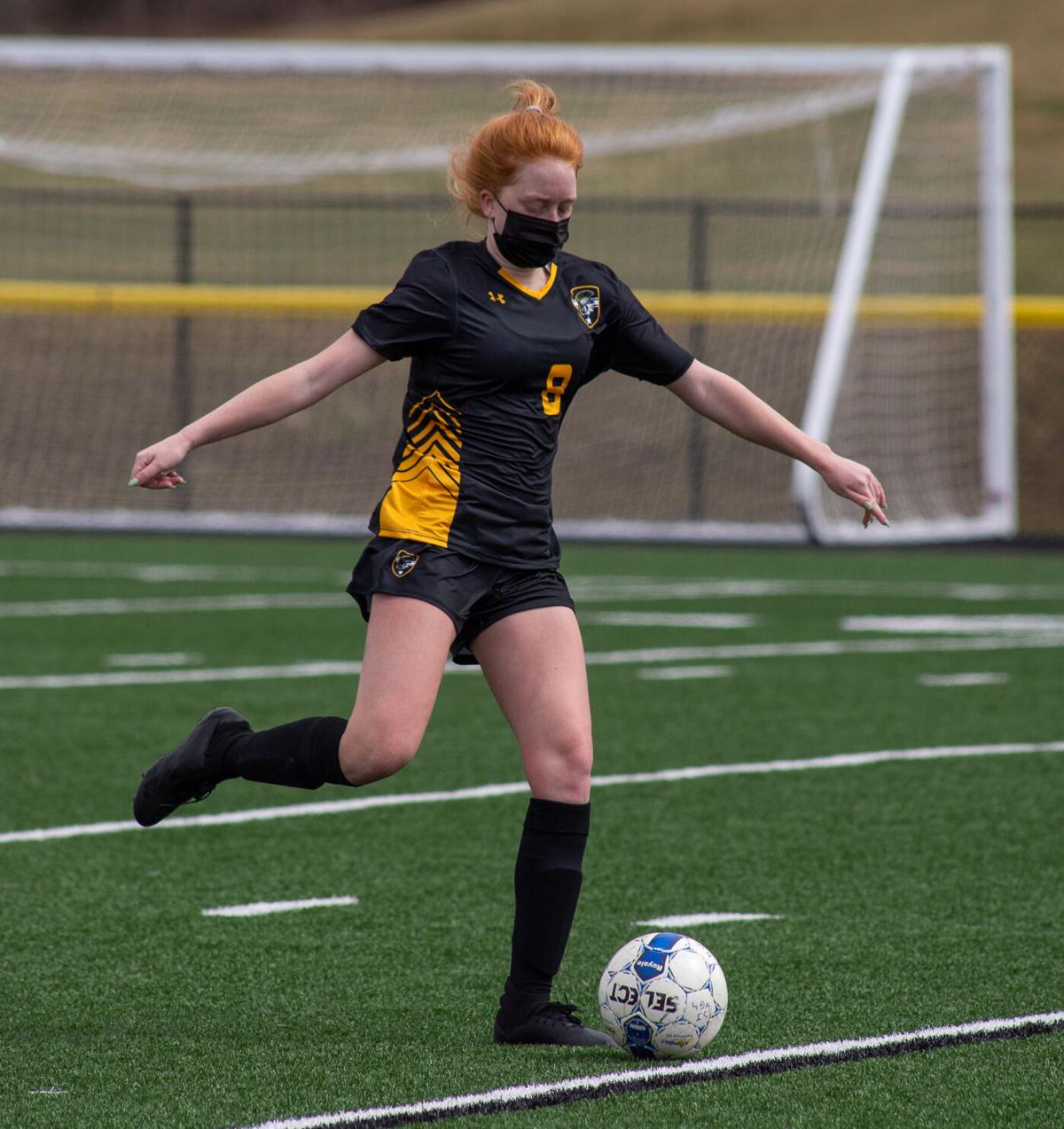 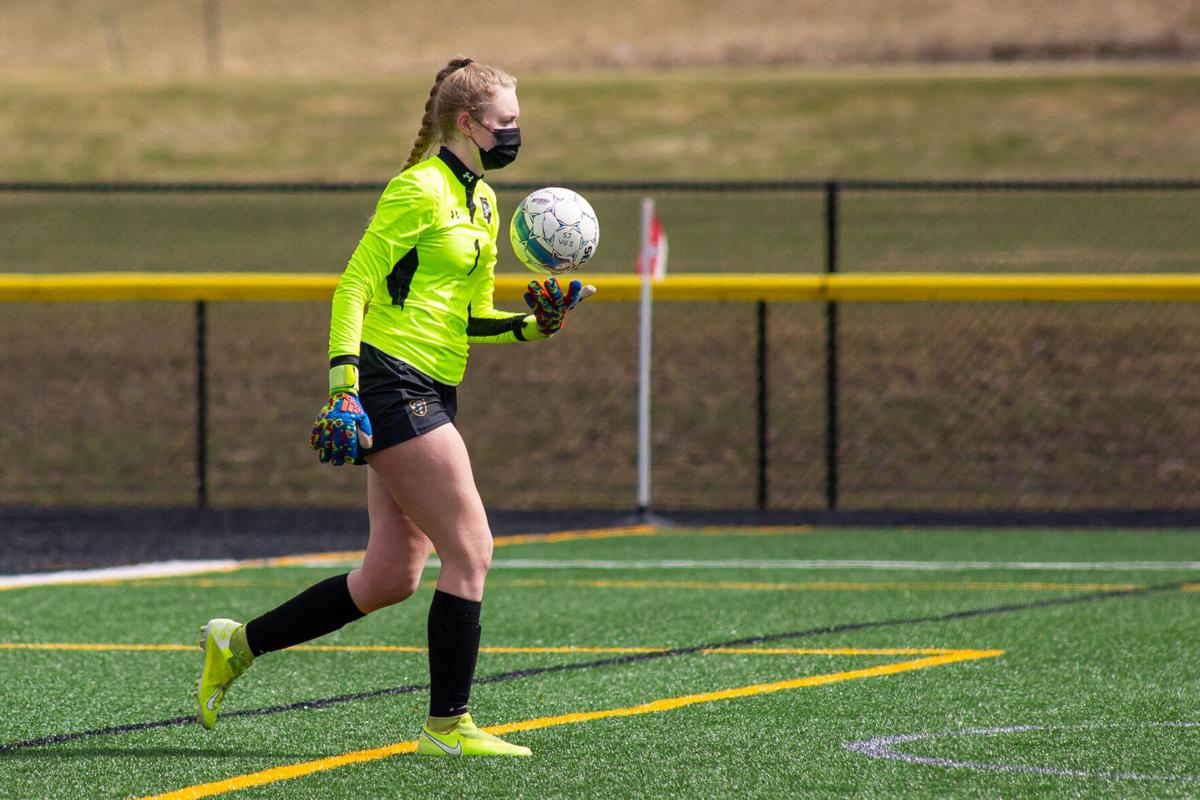 The Cyclones received a goal from three different scorers, including Overton’s tally to open the scoring in the first half, en route to a 3-0 victory over South Jefferson in the first game of the spring season for both teams.

“I’ve been cooped up in the YMCA all this time, some of our team played there in the winter, it’s good to be back all as one,” said Overton, a junior midfielder. “It’s great finally to get this group on the field.”

Junior goalkeeper Alana Mastin made four saves and freshman Madison Walker made one stop late in the second half in combining on the shutout for Watertown in the first game for both squads in 17 months.

“It’s like a breath of fresh air after like being inside for so long,” said Cyclones junior defender Emily Perez. “I’m glad we have some sort of chance to play a season this year.”

Both squads played their first game after fall sports in Jefferson County were canceled in September because of precautions taken surrounding the coronavirus pandemic.

“I’m glad to be outside, and now we have some competition to play against,” said Overton, who last Saturday finished up her winter sports season playing on Watertown’s girls basketball team.

“It’s a great way to start the season,” Watertown coach Mike VanNostrand said. “They’ve been ready for a long time, we have great volunteer coaches and some of them have been playing all year long. That helps them so much, it really does.”

Overton opened the scoring as she finished off a crossing pass from freshman Alexandra Macutek in the 30th minute.

“I was going to take a one touch, but then I figured, why not just take two touches,” Overton said of her goal. “I had that space, so I just took it with my left foot and I hit it in with my right.”

“Tatum had a beautiful goal to start with,” VanNostrand said. “Alex Macutek, who had the assist, that was a nice play and she’s going to be pretty special.”

Watertown then generated two goals within a span of five minutes in the second half to put the game away.

“I think we passed well with each other on the field,” Overton said. “We brought what we do in practice into the game and I thought it showed. We’re all friends and we all work really well together.”

Julie Askins converted on a pass from the right through the goal area from Keely Petrie in the 60th minute for a 2-0 lead.

Delaney Callahan, an eighth grader playing in her first varsity game, followed with goal in the 65th minute, with Jenna Christopher assisting, to complete the scoring.

“It’s good to see contributions from a lot of different people,” VanNostrand said. “We got to play everybody, everybody contributed, it was fun.”

White preserved the shutout by making a save in the final minutes for the Cyclones.

Watertown’s defense backed Mastin, as led by Perez, it allowed only a handful of shots on goal and successfully defended junior forward Macy Shultz, who scored 30 goals for South Jefferson in 2019.

“She was a good challenge for us and helped us figure out how well we play with each other, but I think we figured it out,” Perez said of Shultz. “We had to make a little bit of adjustment mid-game and I think that helped, we talked and communicated well.”

“(Shultz) needed more help up front, we have to work on that and we have to sort that out,” South Jefferson coach Terry Burgess said. “And credit them, Watertown is very good. Watertown beat us last (season) — we were 13-4-1 — and that was one of our losses. And they have whole bunch of players back, too, a very strong team.”

Goalies Audrey Bibbins, a sophomore, and Madison Pfleegor, a freshman, each finished with three saves for South Jefferson.

“Our goalkeepers are both new, we have a freshman and a sophomore, who are doing a good job, but they’re both learning,” Burgess said. “We’ve had to replace out outside midfielders and both of the them were pretty good. I think if we were playing in a normal fall season where we weren’t working around other things like other activities, we would be pretty strong.”

The Spartans weren’t at full strength in numbers Saturday because of a variety of factors, including previous commitments, as one of their key players was playing an AAU basketball game.

“We have 19 girls, but we only had 13 available today,” Burgess said. “And that’s of the oddity of the season, you kind of have to go with who’s there that particular day and that’s what you have.”