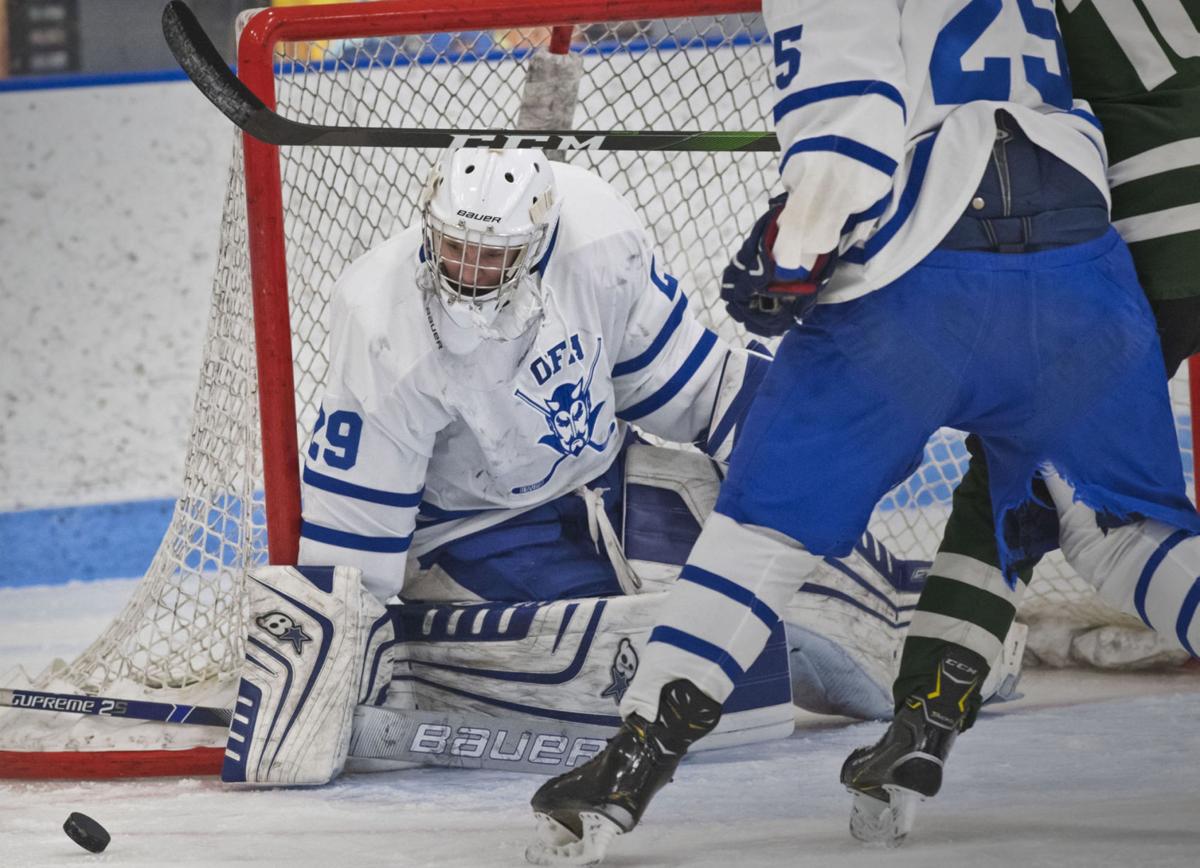 Ogdensburg Free Academy’s Kelson Hooper makes a blocker save in a game against Malone on Jan. 29. Christopher Lenney/Watertown Daily Times 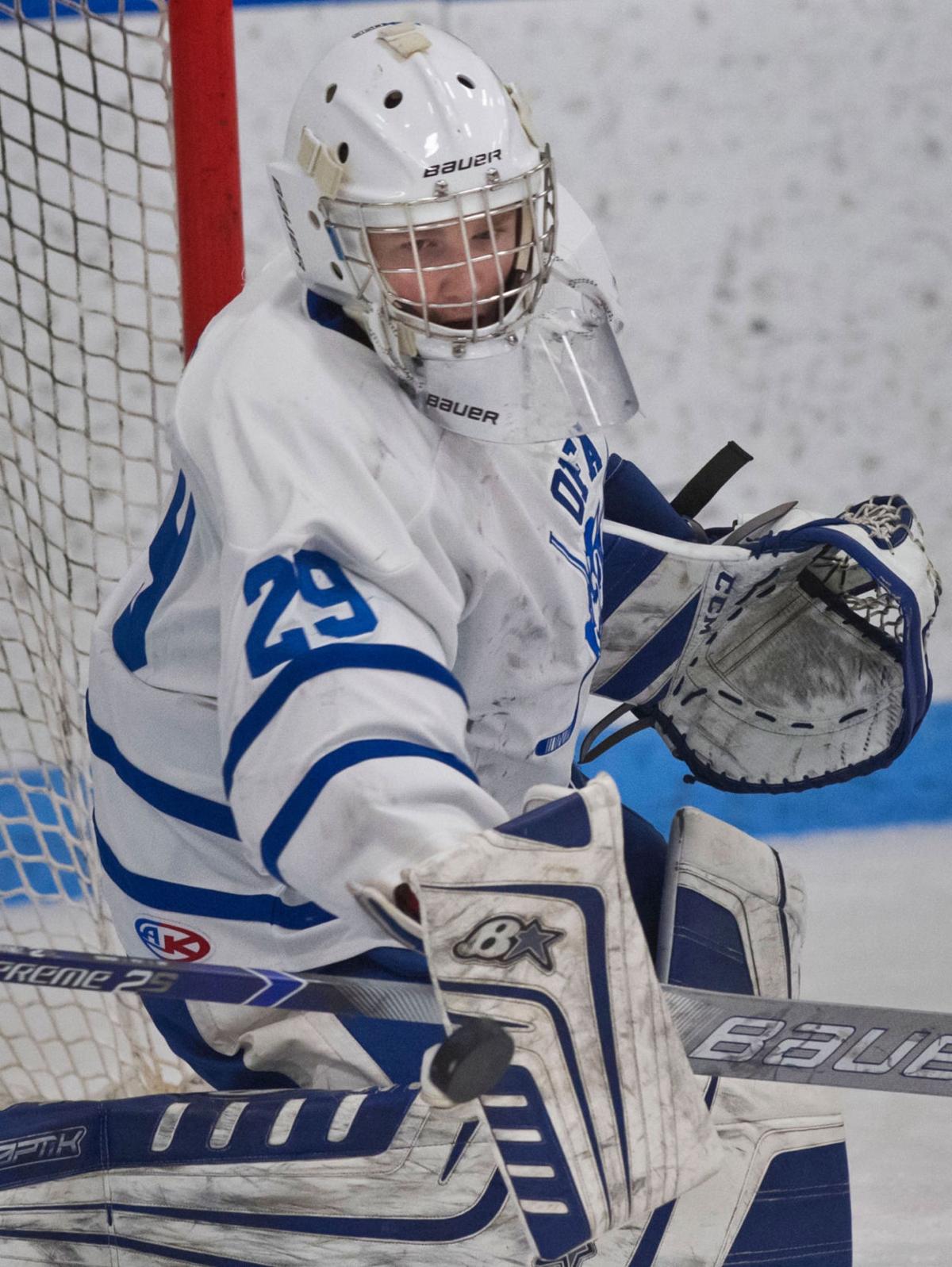 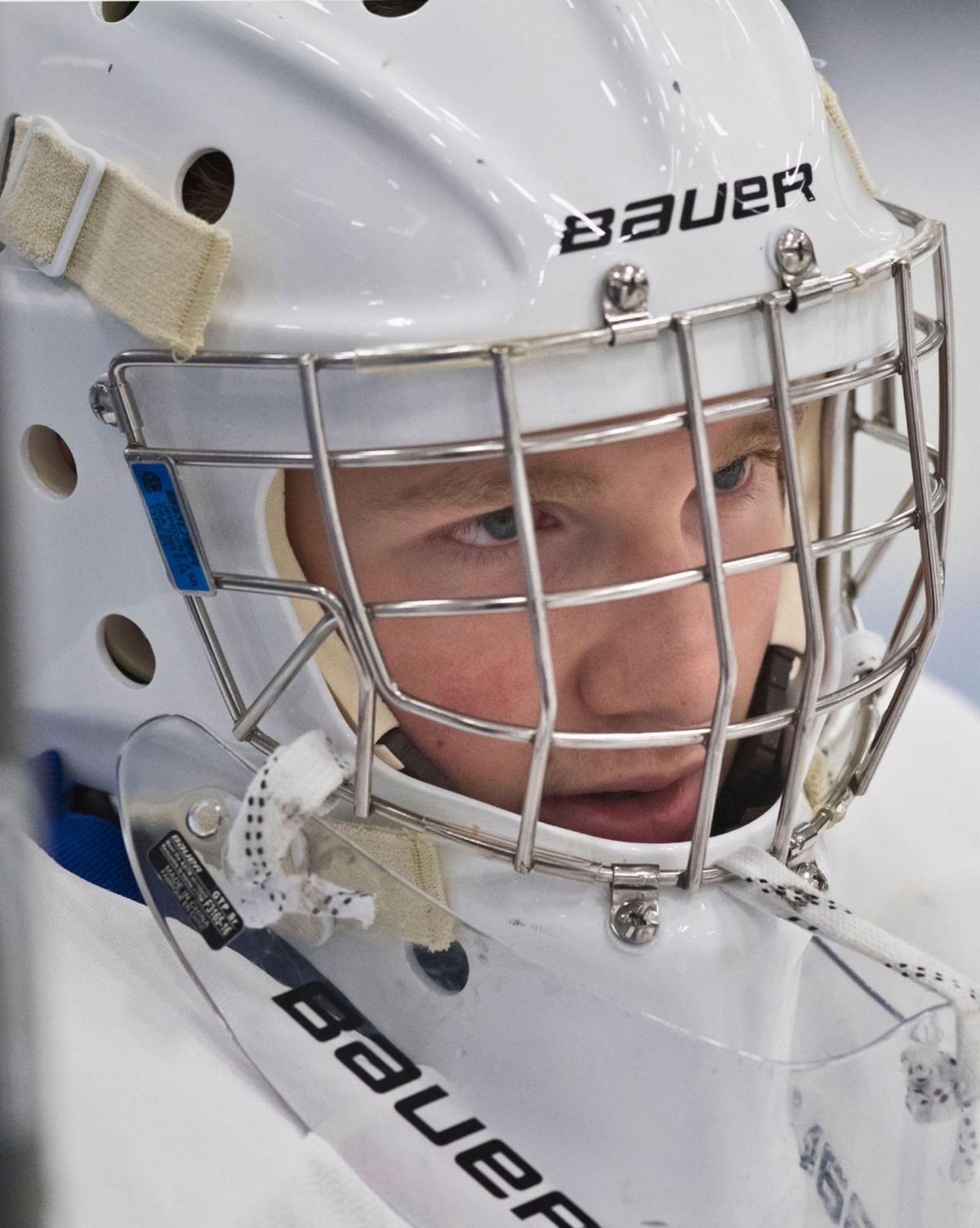 Ogdensburg Free Academy’s Kelson Hooper makes a blocker save in a game against Malone on Jan. 29. Christopher Lenney/Watertown Daily Times

OGDENSBURG — The Ogdensburg Free Academy boys hockey team is contesting for the Northern Athletic Conference Division II regular-season title with Norwood-Norfolk and one of the biggest reasons why is senior goalie Kelson Hooper.

As of Tuesday night Norwood-Norfolk was slightly ahead of the Blue Devils. The Flyers had a 7-3 record in Division II games and OFA was 6-3, with an 11-4-1 overall mark. Each team has defeated the other 2-0 and could be headed for a third matchup in the Section 10 Division II championship game in early March at Clarkson’s Cheel Arena.

“He has the ability to not be bothered out there,” OFA coach Jon Frederick said. “He gets into his own zone and he doesn’t really sweat a lot of things. He has a quite demeanor about him. He’s able to roll with things and he’s fundamentally sound.”

Like many kids who play hockey at OFA, Hooper looks up to Ogdensburg native Jimmy Howard, a goalie with the National Hockey League’s Detroit Red Wings.

He has never met Howard, but he does have Howard’s father, Jim, as one of his assistant coaches.

“It’s great having him there behind me, especially with all of his experience,” Hooper said of Howard. “Being a former coach, and being the dad of a goalie, he really understands it. He’s always there to keep us in check. We always work after practice, putting in the extra time. Not every coach understands the position. Not every coach and player understands how we think and what drills we have to do. (Jimmy) comes back to town, I know he has a family, so it’s hard to get back all the time. I’ve never actually met him person to person, but that would be awesome to see how it was like for him growing up here.”

Hooper has impressed Jim Howard with what he has done against Northern Athletic Conference competition and his composure on the ice.

“He’s a student of the game,” Howard said. “His work ethic the past three years is what has propelled him to the top of the Section 10 statistical charts. He not only has developed great skill, quickness and net awareness, but his mental game has improved greatly. He tracks the puck very well and is able to recognize situations which develop and then put himself in the position to make the save. When he does give up a goal he moves on and doesn’t dwell on it. He lets it go.”

Hooper is intelligent and that comes through on the ice. He’s a member of the National Honor Society and has the proper perspective on how important a hockey game is in context of life.

“(Hockey) is probably 20 percent physical and the mental is 80 percent,” Hooper said. “I’ve had to work on my mental game, through the seasons. I’ve been pulled in the past. You have to understand it might not be the best thing, but if it’s got to happen it has to happen. I’ve never really focused on stats too much. I have to give credit to my defense and players. They are always making sure I’m seeing the puck. I have nerves, but at the end of the day if you don’t have nerves and don’t feel that pressure it means you aren’t ready for it. Feeling pressure is good for you. I love feeling pressure, that gets you in the mental state.”

Hooper hopes to play collegiate hockey, ideally at the NCAA Division I level, but if that does not work out he said he would be happy to play anywhere. Like most who have that goal, he will likely play the next few seasons at the junior hockey level or at a prep school.

After hockey he hopes to follow the path of his father, Greg, who works as a counselor.

“I’ve always been the type of person that rarely puts myself first,” Hooper said. “Helping someone else is a lot better. Always putting someone else ahead of me is great. Helping people in need is perfect. (Greg) does a great job and I find myself giving a lot of good advice.”