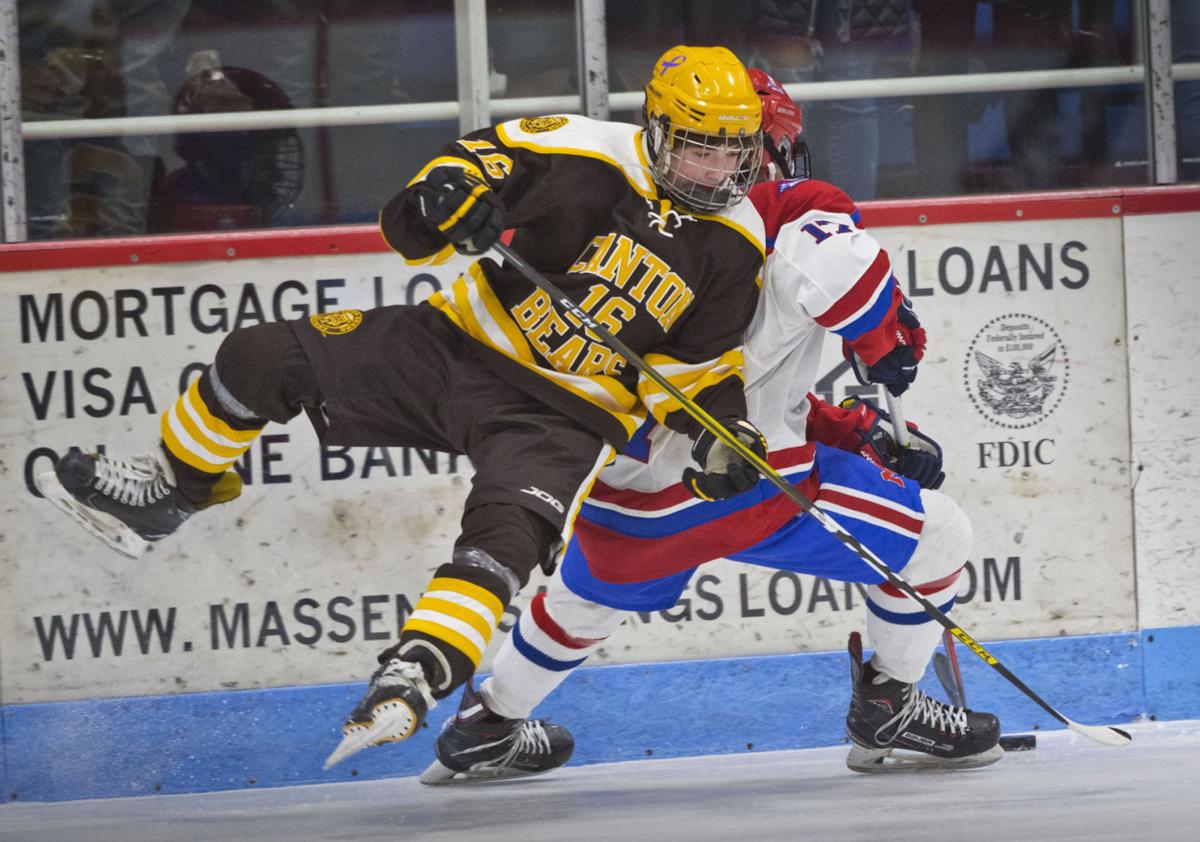 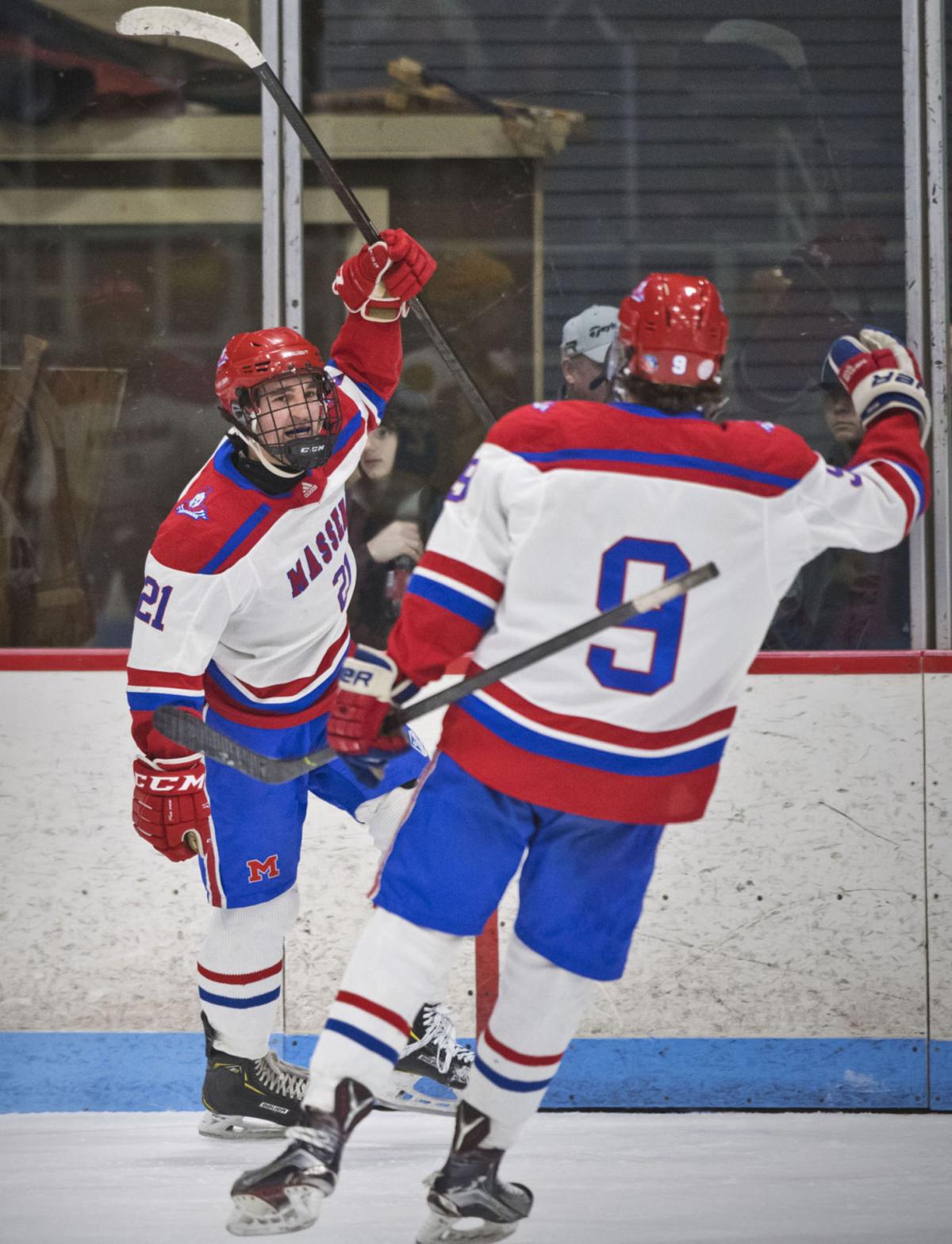 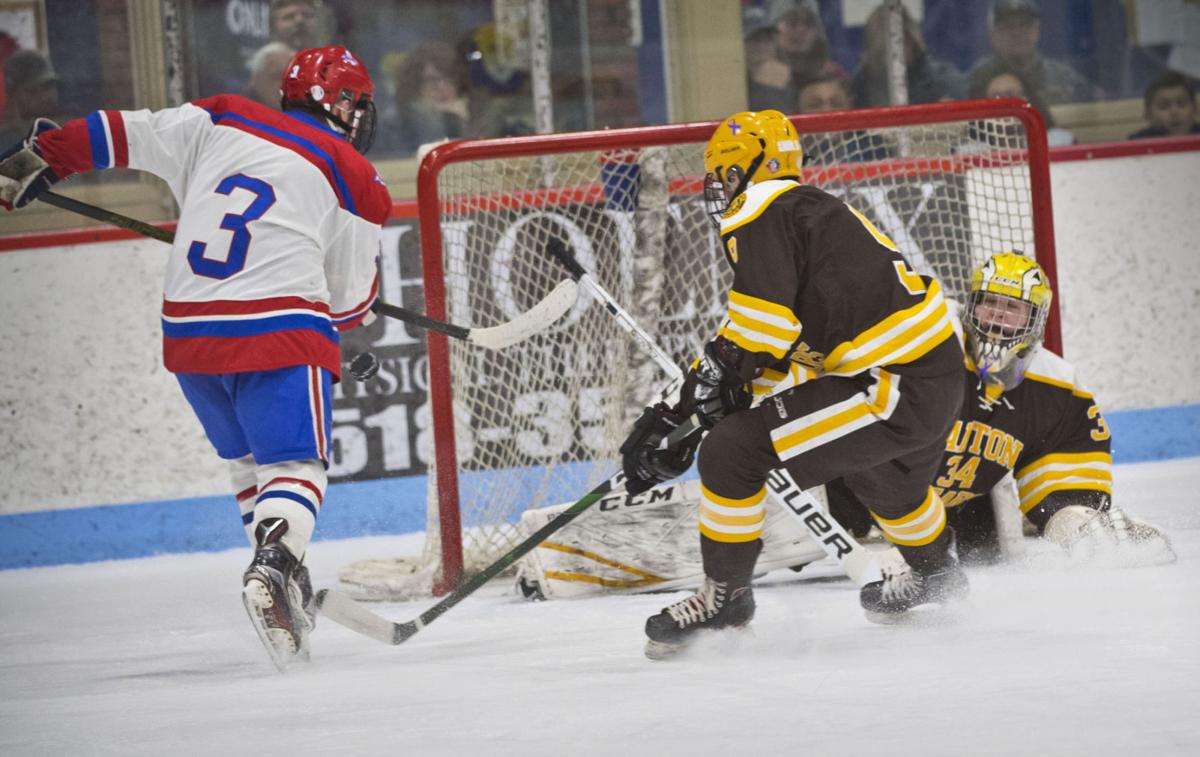 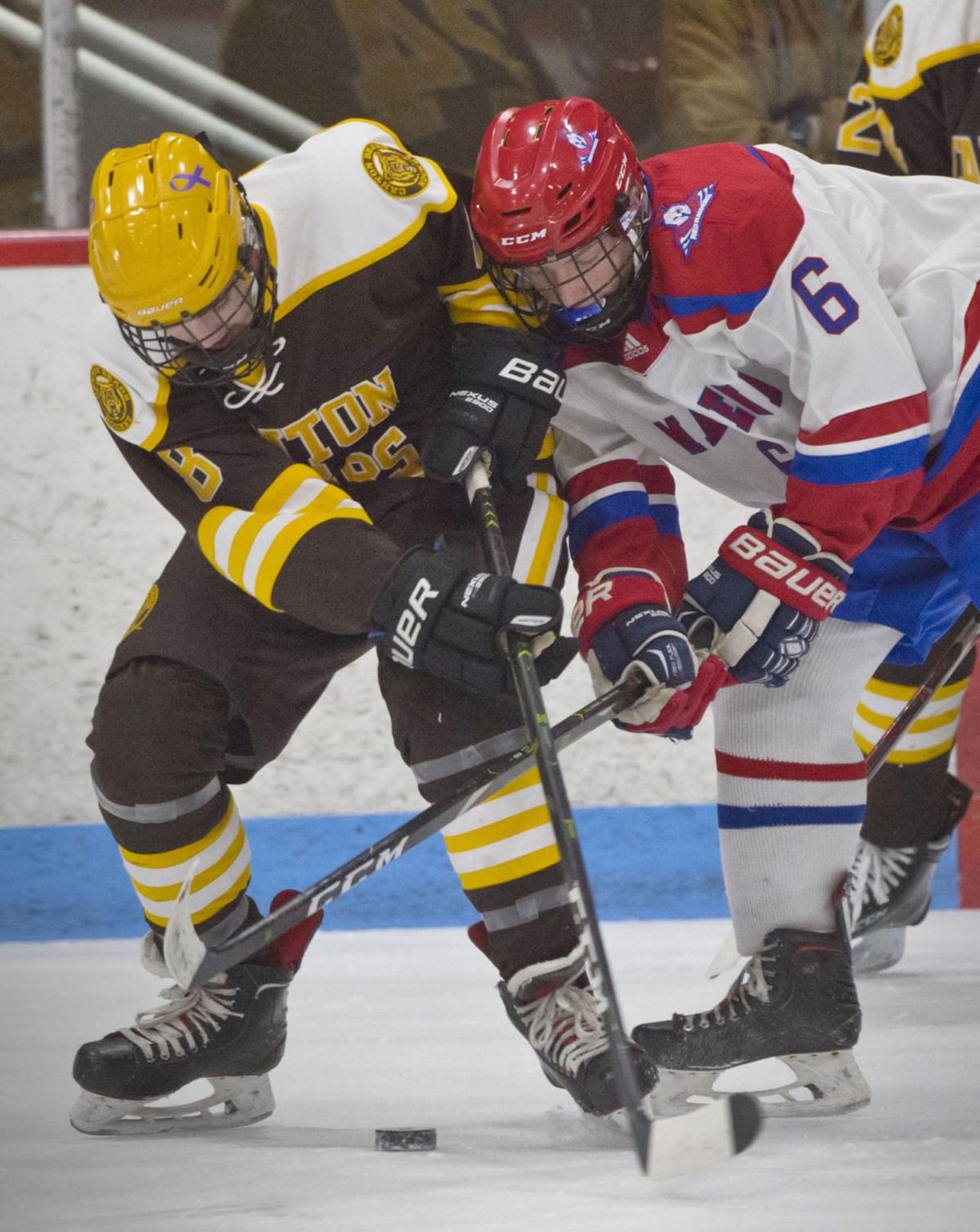 MASSENA — The Massena boys hockey team’s top line of seniors Nicholas Morrell, Nicholas Linstad and Mikey Kuhn was too much for Canton to handle Wednesday night as the trio combined for every goal in a 5-1 win over the Golden Bears in a Northern Athletic Conference Division II game at the Massena Arena.

The win gives Massena (9-6-1 overall, 6-1-1 division) a comfortable six-point lead in the Division I standings. The top team in the three-team division gets a bye into to the Section 10 Division I championship game at Clarkson’s Cheel Arena next month.

“Points are points, especially at this stage of the year, you’ve got to get as many points as you can,” Massena coach Mike Trimboli said. “Nobody, and you can talk to the other coaches, nobody wants to play in that 2-3 game.”

Massena struck first in Wednesday’s game when Kuhn scored on a rebound of shots from Morrell and Linstad at 6 minutes, 39 seconds of the opening period.

The two shots left Kuhn with an open corner of the net to shoot at.

“It was created by my line,” Kuhn said. “I was just back-door and I got the rebound. It changes the game all around and helps the team tremendously.”

Canton answered the goal right away with a shot from Rhett Palmer eight seconds later to tie the game, with Daniel Mahoney assisting.

The Golden Bears pressured Massena in the early part of the second period and even had a power-play chance 4:40 in, but couldn’t get another shot past Red Raiders goalie Ben Rogers.

Massena took the lead for good at 9:58 of the middle period with another goal from Kuhn, on a rebound of a shot from Linstad.

“We talked before the game about being in the moment, and how important that was going to be, especially when you play in this building,” Canton coach Anthony Levato said. “Little bounces, or just a goal like that, can make it seem like the place is caving in on you. We’re getting more experience, we’re getting older, but one of those things we’ve got to keep working at is being in the moment.”

Linstad upped the lead to 3-1 at 11:13 with a wrist shot that went just over the glove of Canton goalie Hayden Todd. The shot hit the post but went into the net.

“I’ve been liking the clang noise,” Linstad said. “It’s been going in for me, so it’s been a good season. (Canton) capitalized right after we scored, so it was good to get the momentum back. I think we created some good energy on the bench. It’s a great rivalry, we always battle. It’s always good games, tough games. It’s fun.” Morrell, who is Massena’s captain, extended the advantage to 4-1 with a breakaway goal at 6:31 of the third period.

He added an empty-net goal at 13:14 to close out the scoring.

“It’s our last ride, so we want to make the most of it and make some memories,” Morrell said of the season. “You can’t really take any team for granted, because you’ll get buried. We have to keep it up. We are getting hot at the right time, so we have to build it up to playoffs and win a couple games.”