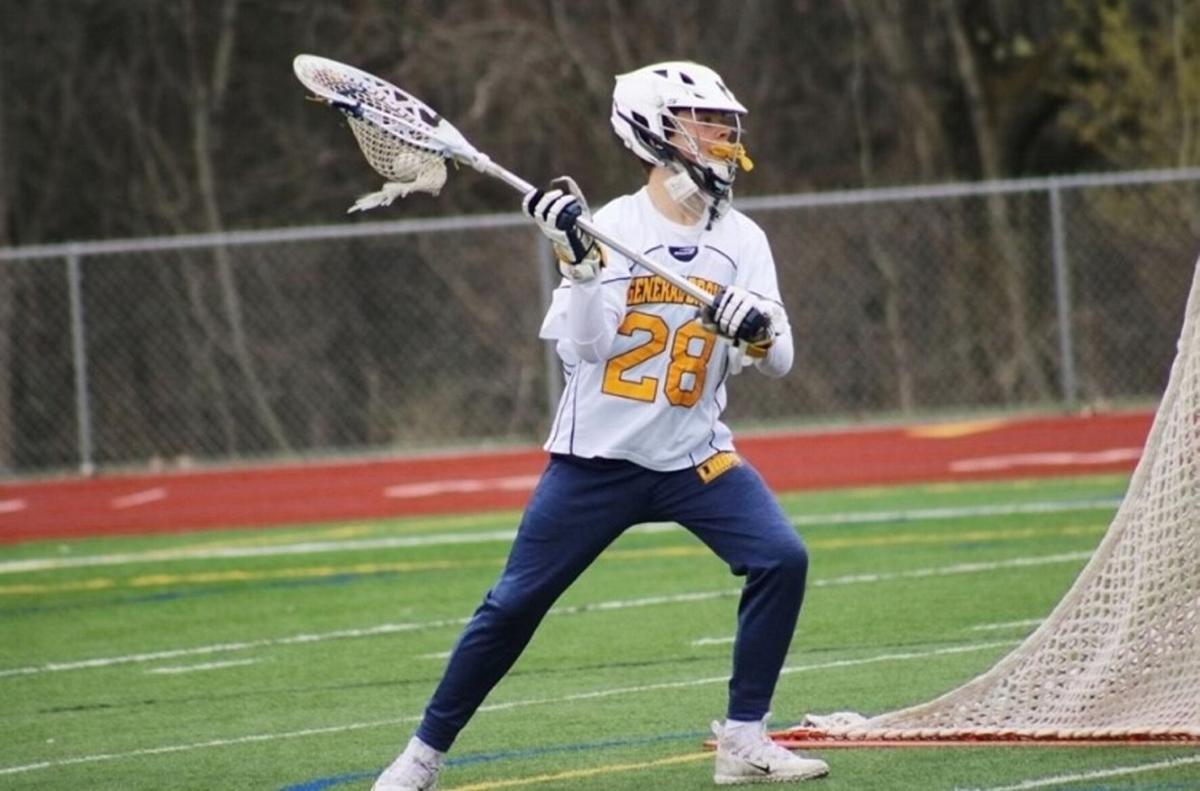 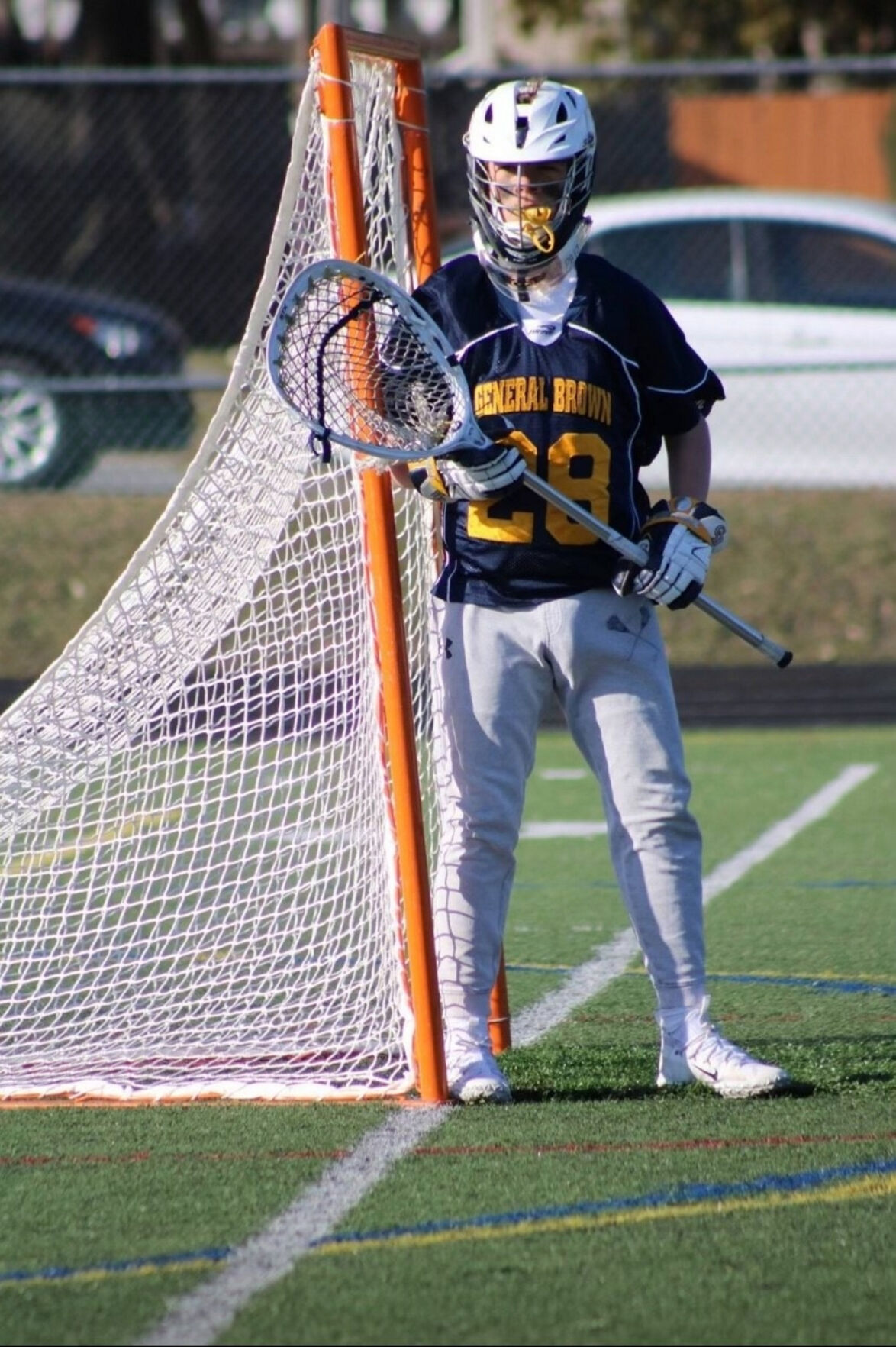 Joe Clement, a goalie at General Brown hasn’t yet played at the varsity level in lacrosse, but has already made his college choice.

Clement, who is a senior at the school, has decided to attend Division III Western New England College in Massaschusetts for the next level of his education, as well as playing lacrosse.

He chose Western New England not only for its lacrosse program, but because of academics as he plans to pursue studies in engineering at the school.

“I’m going to major in mechanical (engineering), that’s the part of engineering I chose,” Clement said. “And then I’m looking to maybe getting my Master’s in business administration to kind of look at the business side of engineering, also.”

Along with his Lions teammates, Clement is longing for high school lacrosse season in the spring, hoping to get a chance to play for a program that has made great strides in recent years.

“A lot of the guys have tried to work out together, just trying to stay in shape and do what they can to get ready for the season, just trying to keep a stick in our hands as well,” Clement said.

Clement, who was called up to General Brown’s varsity team from the junior varsity squad at the end of the 2019 season, was looking forward to playing varsity for the first time.

“With everything with COVID last (spring), I didn’t get a chance to play,” Clement said. “We had a goalie before, so I actually haven’t been able to play varsity yet, besides like travel lacrosse.”

Then, because of the coronavirus pandemic, spring sports in 2020 were canceled.

“The first week of practice was the first week when everything shut down and we as a team we were really ready to put in work and potentially have a really great season that year,” Clement said. “It was really disappointing for all the guys I think to not be able to go out there and show how we can play.”

Clement is one of 18 seniors who hope to play lacrosse for the Lions this upcoming spring, according to General Brown coach Rich Purvis.

Following the disappointment of not having a season this spring, Clement and his teammates tried to stay active.

“During that time in like March and April, a lot of the lacrosse guys were still staying in touch, keeping everyone updated, just trying to think positively,” Clement said. “Just trying to stay together and not be too disappointed.

“For sure, especially the guys in my grade last (season) were kind of let down when we didn’t get the chance to play. A lot of the guys out there wanted to go out and really prove themselves and see how they can play on the varsity level.”

Clement, who plays no other sport, is committed to lacrosse for much the calendar year, including working out and training with former Syracuse University standout goalie Dylan Donahue and playing for his team, The Platform, in the Syracuse area.

“I’ve mostly played for the travel team for three years now and I played varsity club last year (in Syracuse), so I’ve had the opportunity to play against some great competition,” Clement said.

“I’ve really been focusing on lacrosse, I play lacrosse all year long,” Clement continued. “I go down to Syracuse with an SU alum, he played at Syracuse for four years, Dylan Donohue. He’s been a really big influence on my game as well, I played for his travel team Platform for a long time.”

While Clement has been inspired by Donohue, he has also been motivated by his cousin and former General Brown standout goalie Carson Pickeral, who helped lead the Lions to the Section 3 finals back in 2018. Pickeral is attending Division III Nazareth College in Rochester.

“For sure, Carson was super helpful, he helped me a lot through lacrosse,” Clement said. “He’s also related, we see each other a lot, he’s a really big help and a really big influence on me.”

Purvis has noted Clements dedication to the sport.

“I know every weekend he was going to Syracuse for workouts and I know he traveled quite a bit on some travel teams and showcases,” Purvis said. “So he’s put in a lot of time in the sport, even in the offseason, which is great to see.”

Clement visited Western New England, located in Springfield, Mass., in the fall, and it didn’t take long for him to make his final decision on choosing the college.

“I took a visit earlier in October and got the chance to check out campus and talk with the coach,” Clement said. “They have a great engineering program and a great lacrosse team where I can see myself succeeding at, so I decided it would be a good fit for me.”

He continued: “I really liked the campus environment there, they have about 3,000 undergrads, so it’s not a giant school, but it’s not like super small,” Clement said. “So I think it’s a good place for me to be.”

Western New England’s lacrosse program, coached by John Klepacki, has experienced recent success, including reaching the NCAA Tournament three times in the past five years, including in 2019.

The Golden Bears have also played St. Lawrence University in the past, including two springs ago in Florida.

“For sure, I’m super excited to get on campus,” Clement said. “They’re a super successful lacrosse program and the coach really focuses on putting in a lot of hard work to succeed on the field, and I’m really looking forward to doing that.”

But first, Clement and his General Brown teammates hope to finally play lacrosse in the spring.

“We have some guys in my grade that have been on varsity for a couple years that I think are really excited for the season to potentially do really well,” Clement said, “and we’ve got some guys coming up that I really think can help us out, too, I think we can have a successful team.”

Purvis projects Clement as the Lions’ starting goalie when there is a season.

“For sure, I was definitely looking forward to picking up from where guys from the (2019) class left off,” Clement said. “They had a really great squad and I think we could of had a team that was just as good the next year, and we all really wanted to go out and show that.”

Currently, the New York Public High School Athletic Association has targeted the start of the 2021 spring season in April, with games starting in May and continuing through June.

“We’re looking forward to the spring and hopefully we get the kids together,” Purvis said. “This year, we have 18 seniors and last (season) was a heartbreaker, but I just hope we can get these 18 kids back on the field before they depart and move on.”