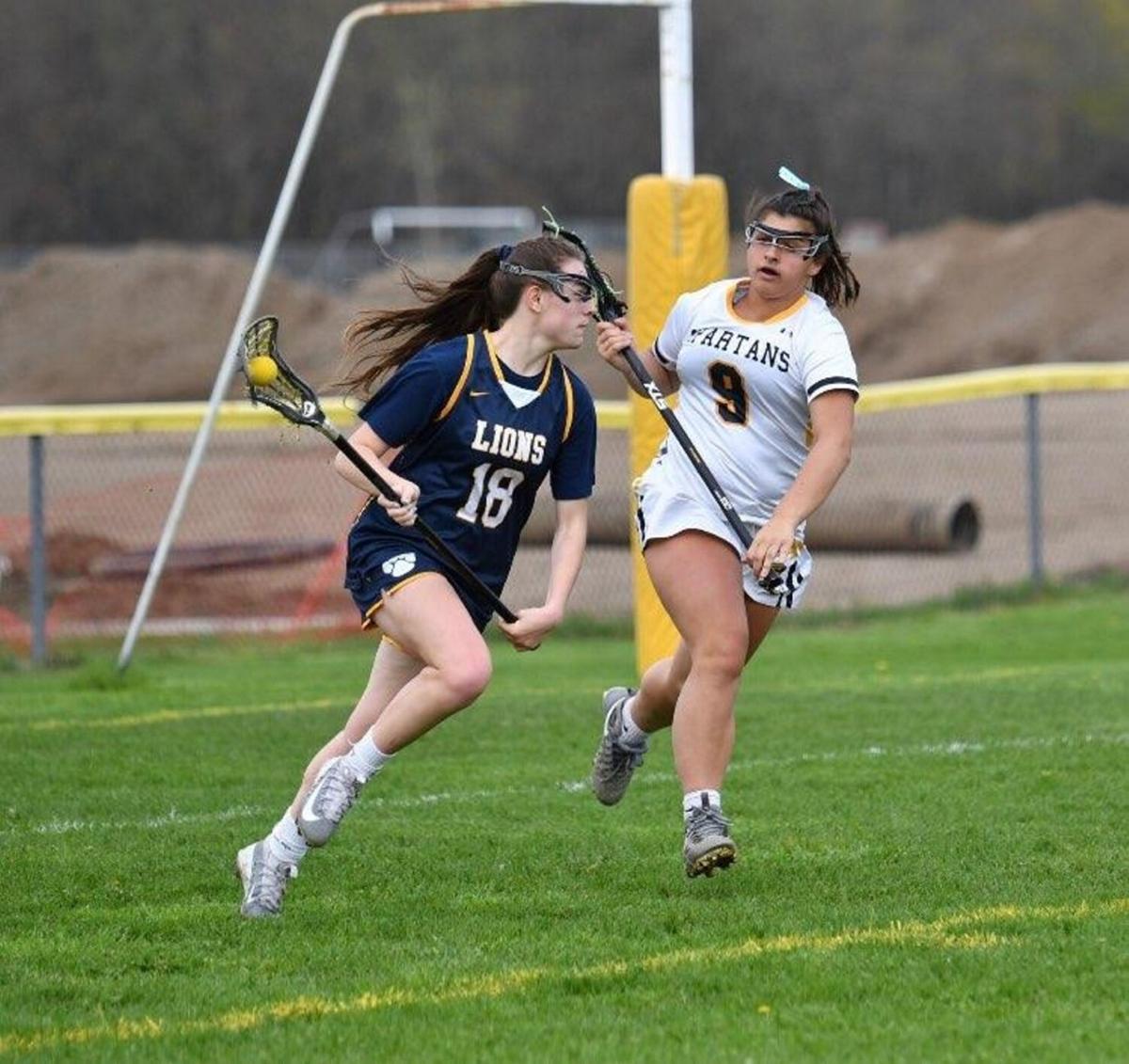 General Brown’s Megan Milkowich controls the ball during a girls lacrosse game against South Jefferson. Milkowich, a senior midfielder, has signed her national letter of intent to attend Division I University of Massachusetts-Lowell to play lacrosse. Provided photo 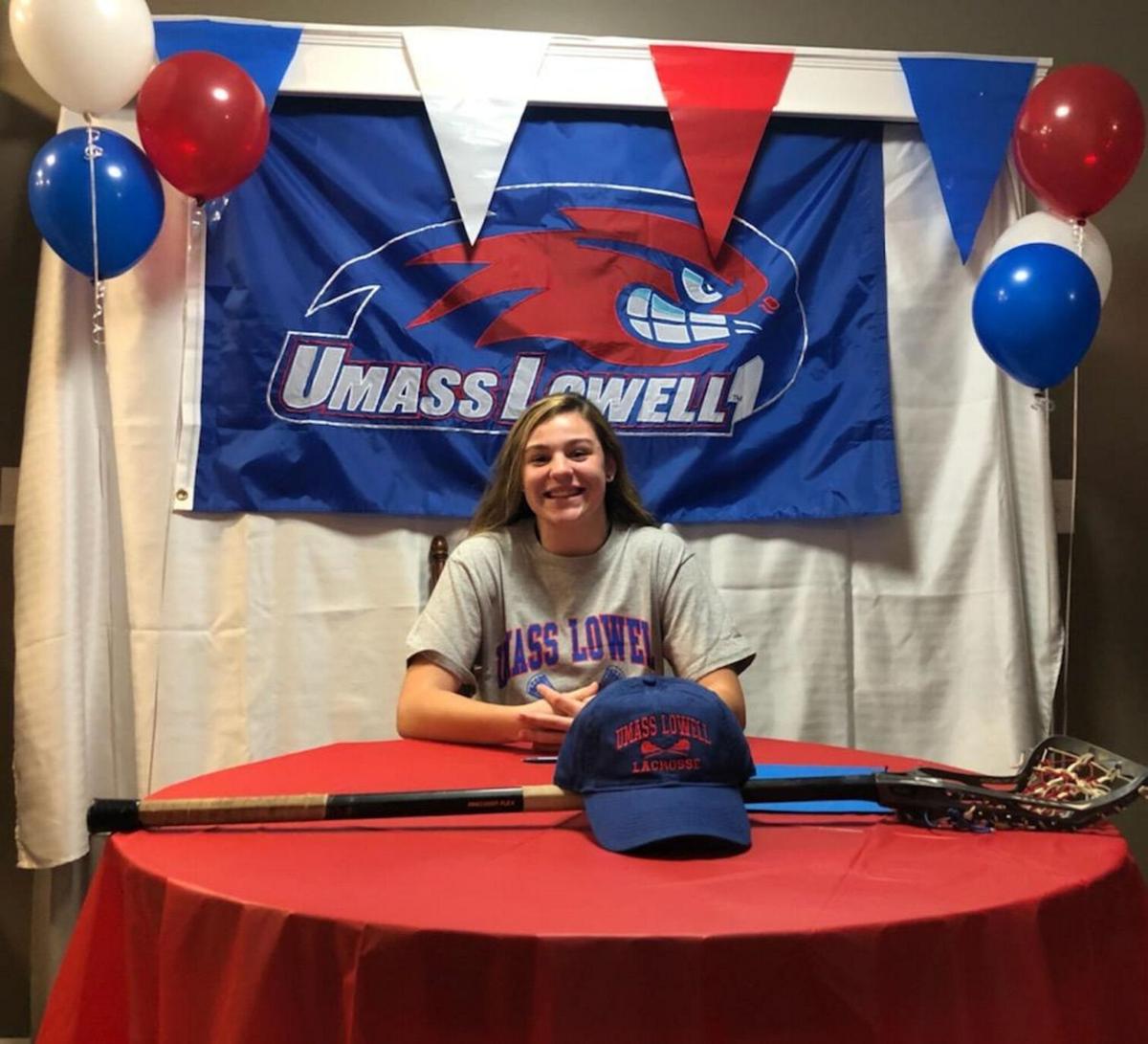 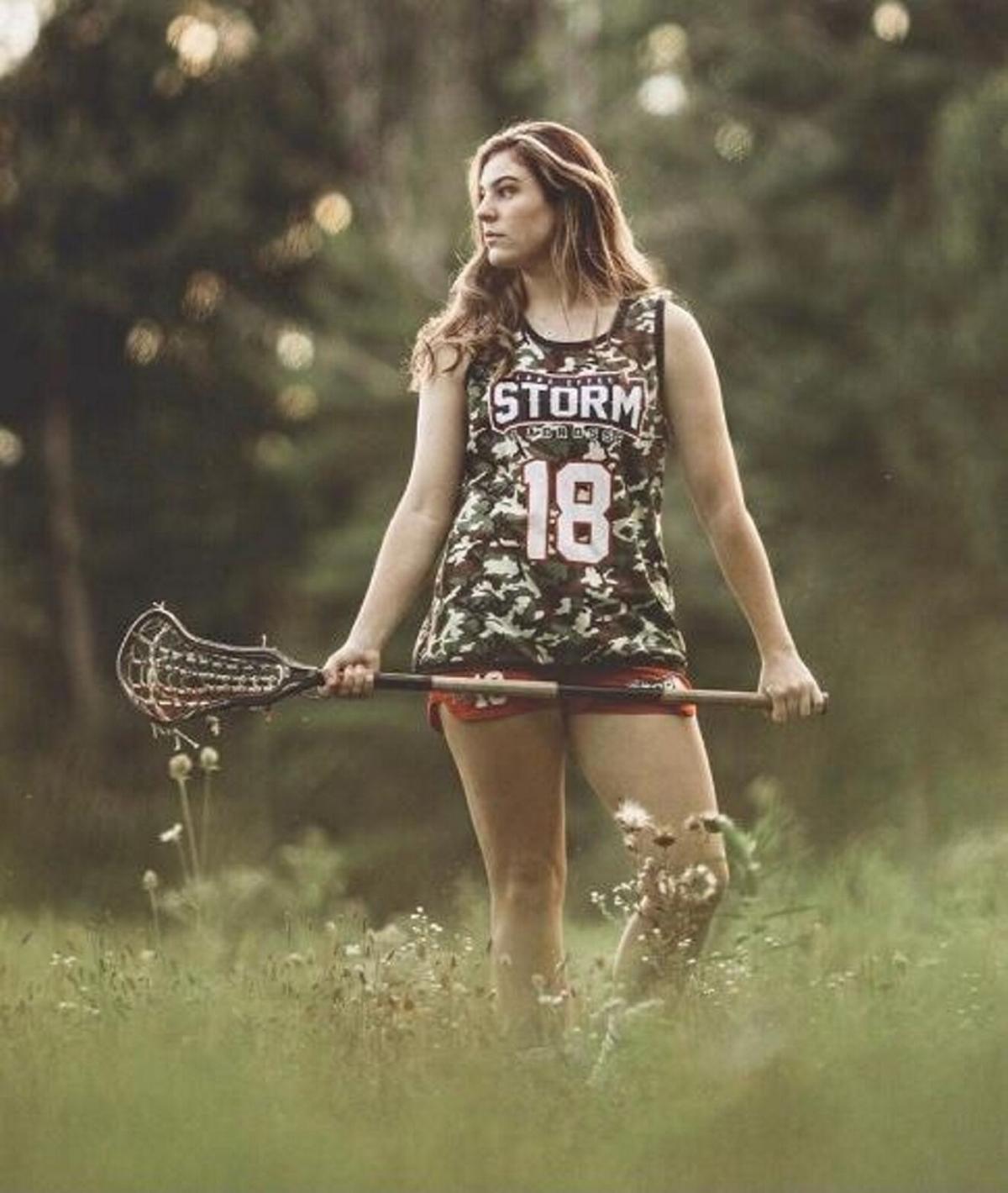 General Brown senior Megan Milkowich, shown in the uniform of her club team, the Storm, has signed her national letter of intent to attend Division I University of Massachusetts-Lowell to play lacrosse. Provided photo

General Brown’s Megan Milkowich controls the ball during a girls lacrosse game against South Jefferson. Milkowich, a senior midfielder, has signed her national letter of intent to attend Division I University of Massachusetts-Lowell to play lacrosse. Provided photo

General Brown senior Megan Milkowich, shown in the uniform of her club team, the Storm, has signed her national letter of intent to attend Division I University of Massachusetts-Lowell to play lacrosse. Provided photo

Megan Milkowich’s decision about where she wanted to attend college to play lacrosse was made a little bit easier with the encouragement of a friend.

Milkowich, a senior who plays as a midfielder for General Brown, ultimately chose the University of Massachusetts at Lowell, signing a national letter of intent with the school Nov. 12 at a ceremony at her home.

She’ll be joining a close friend and former teammate in Anna Bauter, a Lions graduate who currently attends the Division I school in northern Massachusetts.

“My friend applied there and she got in and she was telling me how excited she was,” Milkowich said. “So I decided to take a visit and the environment and like the team were all so welcoming and it just kind of fit my personality and I knew that I wanted to be a part of their team.”

Milkowich signed her letter at her family’s home in Pamelia, with the room decked out in UMass-Lowell’s colors of blue and red. Her family chose this option because of COVID-19 restrictions at General Brown.

“We played on the same team together, so we got pretty close,” Milkowich said of Bauter. “I would always ask her to keep me updated when she was applying to other colleges because she’s two years older than me, so I always asked her how her decision was going, and when she decided, she told me about all the great things about it. I thought I would go check it out and figure out if that was the right place for me, which is ended up being.”

Milkowich sensed that UMass-Lowell would likely be her choice as she visited the campus for the first time.

“I did like an overnight there and I went to watch their team,” Milkowich said. “And the team was just very welcoming, so I knew that was a team that I wanted to be a part of, they always seem to have so much fun and are very supportive of each other.”

UMass-Lowell, which is coached by Lisa Miller, competes in the America East Conference, which includes teams in New York such as the University at Albany, Stony Brook and Binghamton, as well as elsewhere in New England, like Vermont, Hartford and New Hampshire, as well as UMaryland-Baltimore County.

“When I first got in contact with the coaches, they were very welcoming and relaxed, it just seemed like they weren’t there just to be so serious, it just seemed like a fun place to be,” Milkowich said. “When I first got looking at colleges, I didn’t really care about whether it was Division I or not, necessarily. Just to make sure the team and the campus was like a good fit for my personality, I guess, and definitely for the education.”

Milkowich was handed her first lacrosse stick back when she was in elementary school and began playing the sport at the school in third grade.

“I’ve been a midfielder since I started in third grade, that goes pretty far back,” Milkovich said. “My dad (Matt) always encouraged me to like get into sports, so he like offered lacrosse and I thought I would give it a shot and I ended up loving it. And I played on travel teams, so I got to play with other kids to learn more about the game.”

While continuing to play the sport, she also served as a team manager for the varsity team while she was in fifth and sixth grade.

“Megan has been a devoted player to our program since she was an elementary student,” General Brown coach Katie St. Pierre said. “After she was a manager for our team, she joined varsity as a freshman and has always worked extremely hard to become stronger in all aspects of her game.”

Milkowich made her varsity debut for the Lions as a freshman and played more as a sophomore, mainly as a defensive midfielder.

“The thing about playing middie is I always have my eye on the ball and I have an open vision to the field, so I can always help others move around to where they need to be,” Milkowich said. “Pretty much, middies have a lot of control on the field and I just seem to have an open mind to where the ball should go to help others.”

She also managed to generate 40 points, including 25 goals as a sophomore, after scoring 25 goals in her first varsity campaign in 2019.

“She made huge strides between her freshman and sophomore season putting in a lot of extra time in the offseason playing with clubs teams and taking advantage of every opportunity,” St. Pierre said of Milkovich. “She has always had a strong desire to play at the next level and she took all of the necessary steps needed in order to reach that goal.”

“I think the program is huge part of where I am as a player and how I am as a person,” Milkowich said of General Brown. “When I was a manager for some of those varsity teams, I got to be around the older players and learn from them.”

That year, the team qualified for the Section 3 playoffs and won its first-round game 20-4 over Vernon-Verona-Sherrill, winning its first sectional game in four years.

Thomas and Black, like Milkowich and teammate Mallory, are now seniors at the school and already looking ahead to next season.

“We all play with such good chemistry,” Milkowich said.

Bauter is currently a sophomore at UMass-Lowell and played five games in her freshman season, tallying three goals before the team’s season was halted when the NCAA decided to halt all spring sports in March because of COVID-19.

“I would say Anna is kind of like the same player I am, she was very talkative,” Milkowich said. “She was always by my side at middie, she always called the plays, and she always was more like the positive person on the team, like encouraging everyone else to do their best. And she was like a very good leader.”

St. Pierre, who has coached the varsity team since 2012, guiding the team to a Section 3 final in 2015, sees similiarities between both Milkowich and Bauter.

“Character most definitely,” she said. “Athletically, Megan has more speed that Anna, but Anna I think had more game awareness at their comparative ages.”

Milkowich currently plays at the club level with the Storm in Watertown, and competed before with the Different Road Patriots in the north country and the Salt City Snipers in Syracuse.

Milkowich plans on taking psychology in college and would someday like to pursue a career as a school psychologist.

Milkowich hopes General Brown will have a lacrosse season next year after the Lions’ season was canceled in its entirety in the spring because of the coronavirus.

“I was very excited to play, because me and my teammates were supposed to have a great season against everyone, and then we kind of lost it,” she said. “Right now I’m just trying to get in as much lacrosse as I can, so hopefully everything (with COVID-19) cools down, so we can start playing again. So hopefully that happens.”