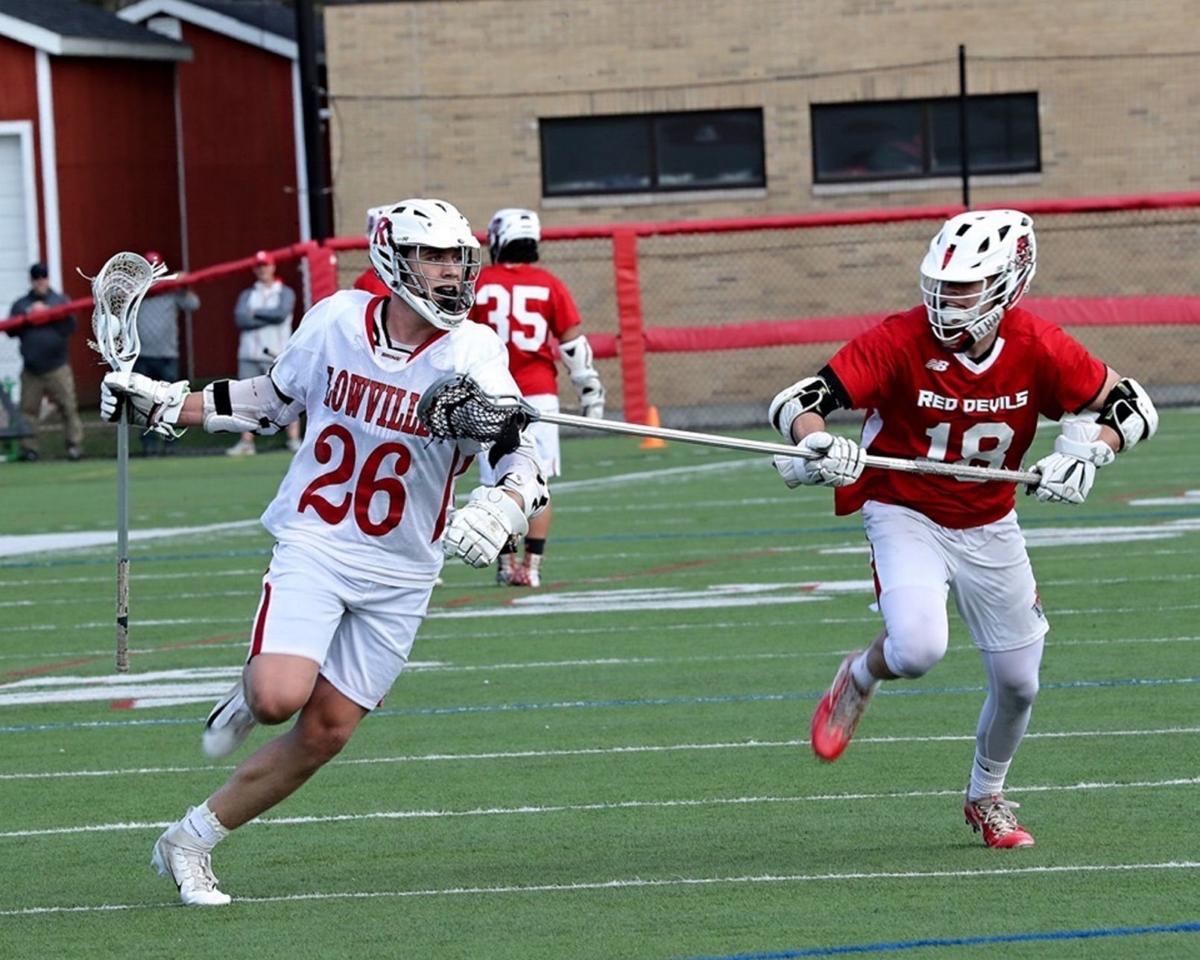 Chad Bach has starred in lacrosse, football and basketball for Lowville but COVID-19 canceled his senior lacrosse season. Photo provided 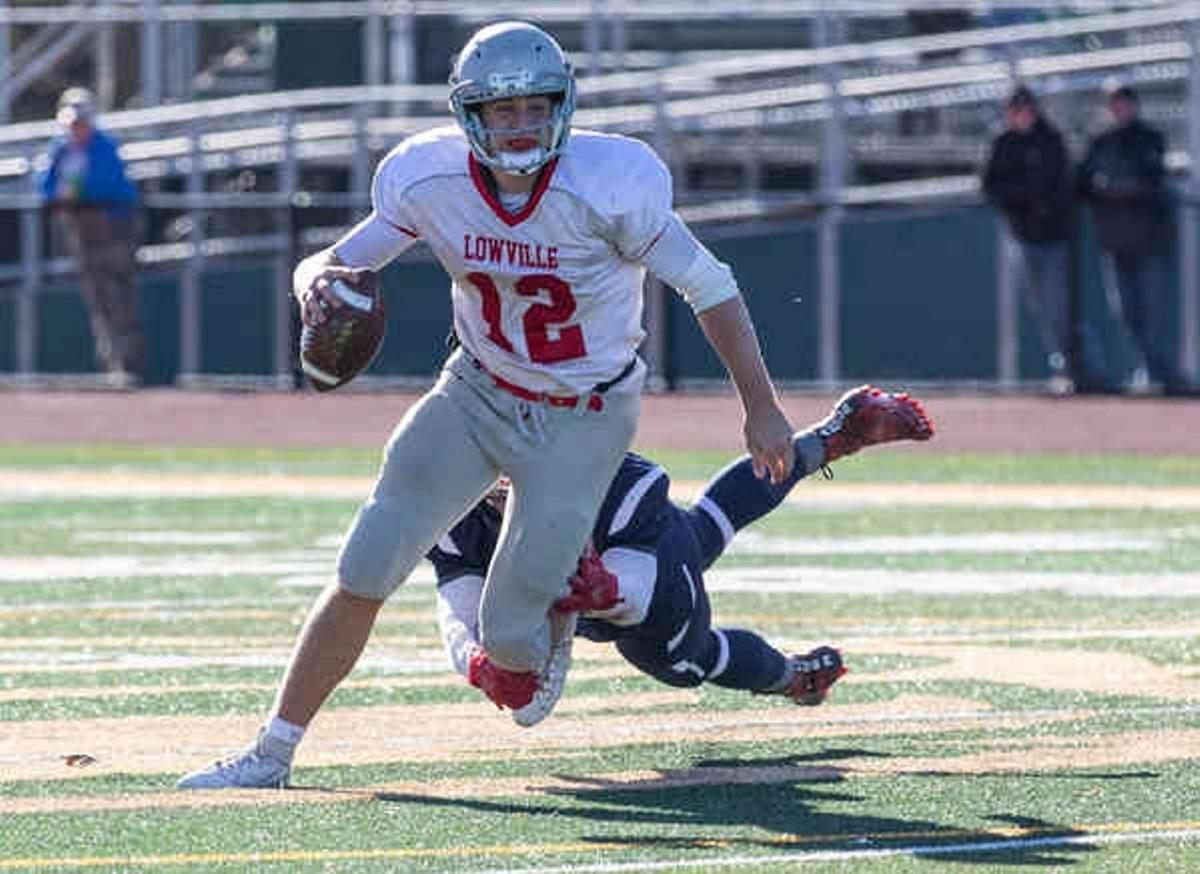 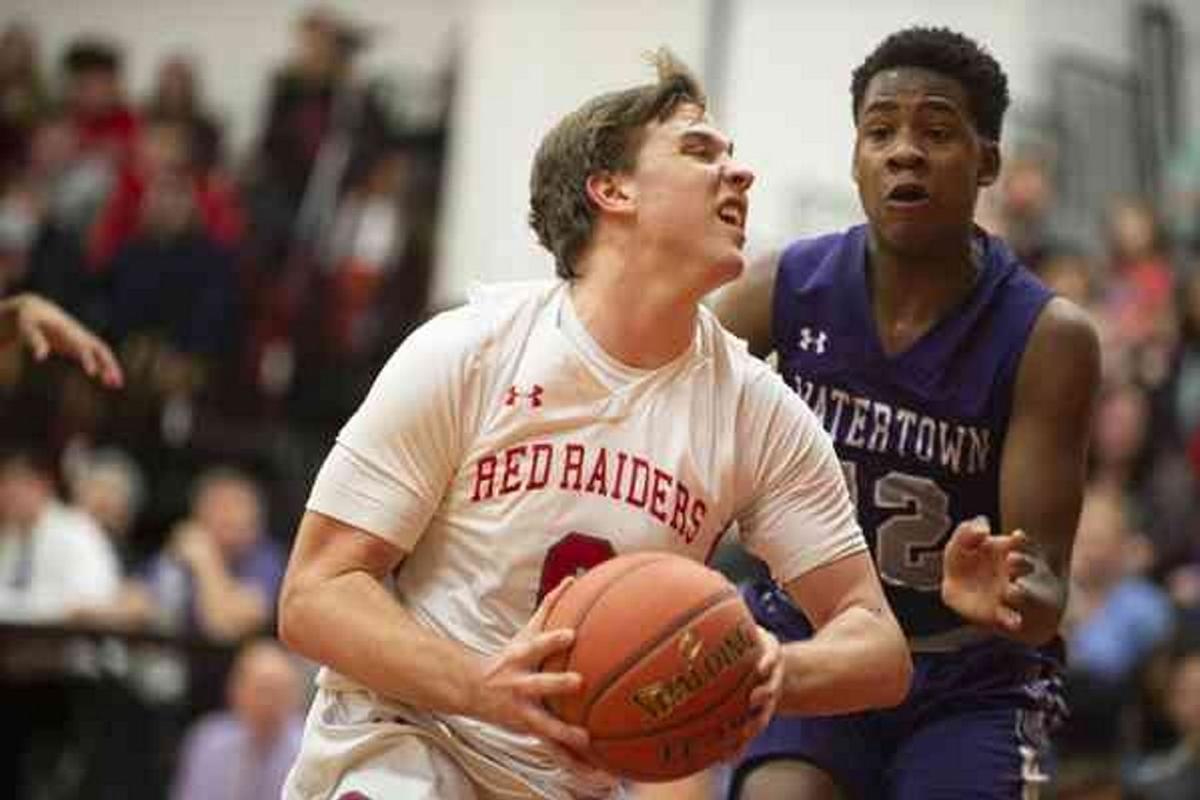 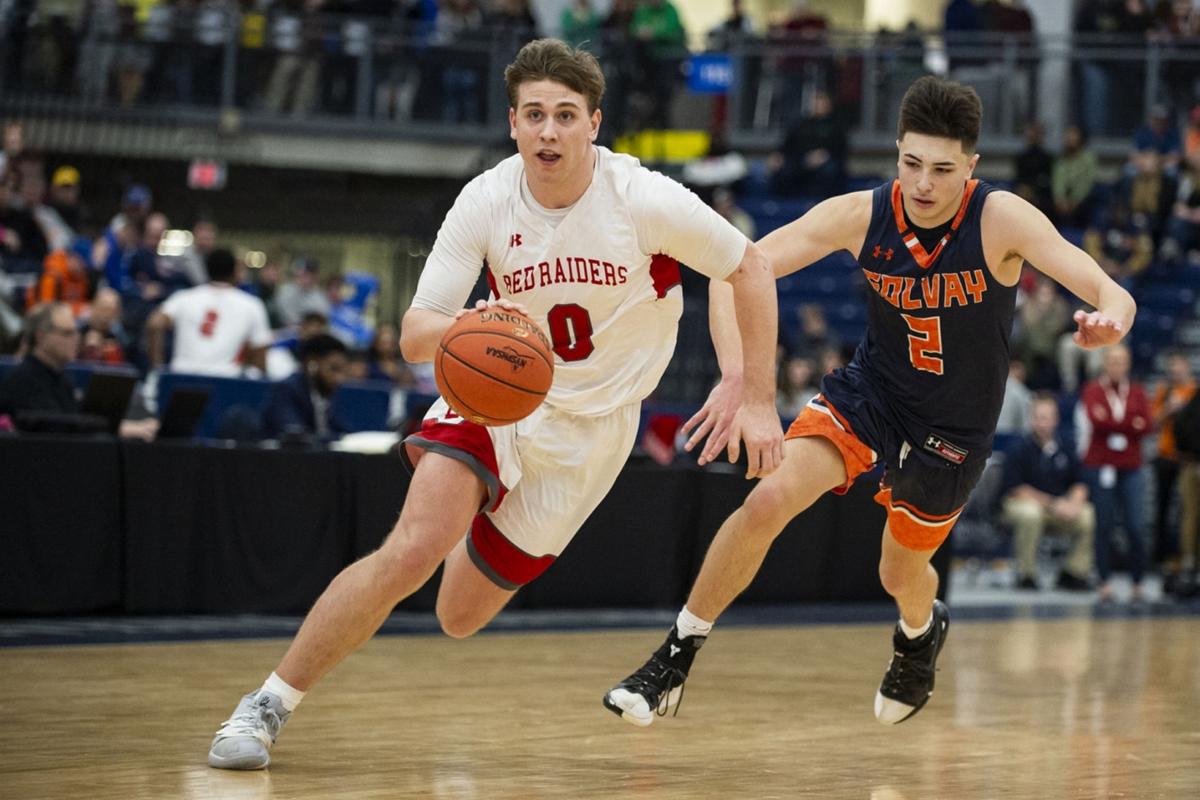 Lowville senior Chad Bach dribbles around a Solvay defender during the Section 3 Class B final on March 7 at SRC Arena in Syracuse. Emil Lippe/Watertown Daily Times 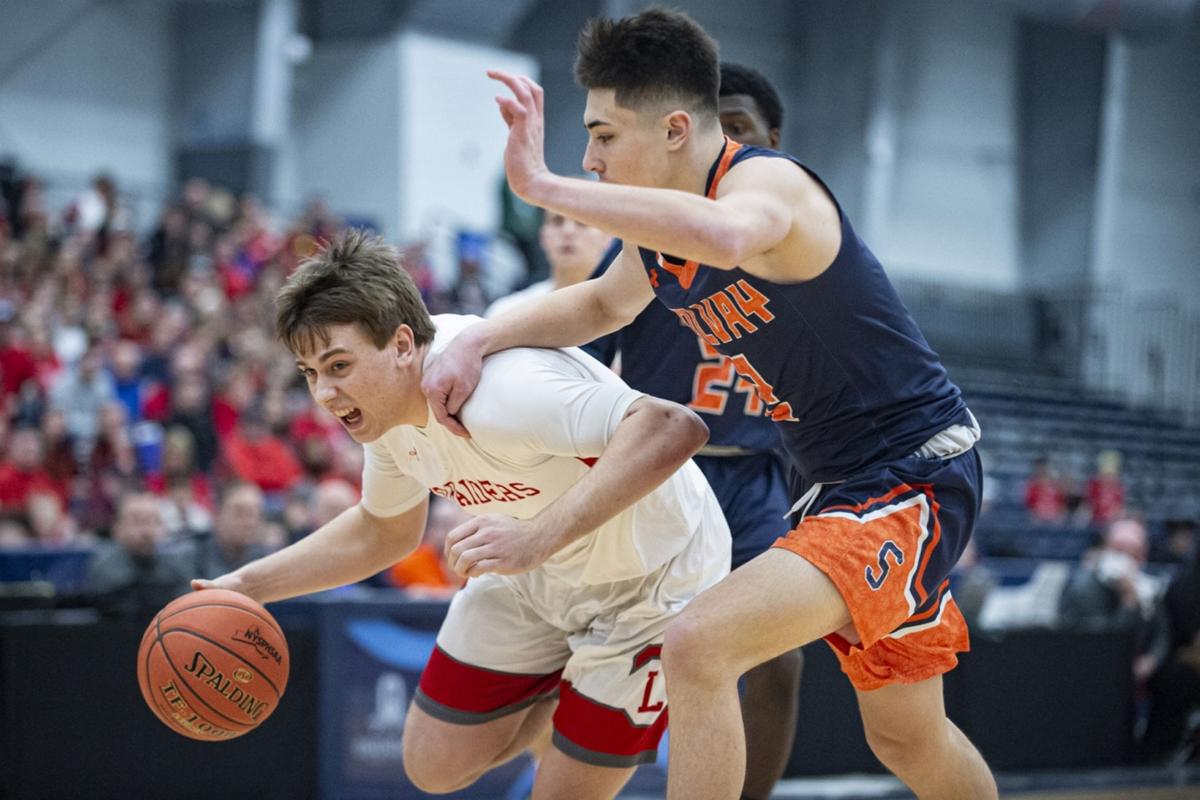 Lowville senior Chad Bach drives to the rim to score during the Section 3 Class B final against Solvay on March 7 at SRC Arena in Syracuse. Emil Lippe/Watertown Daily Times 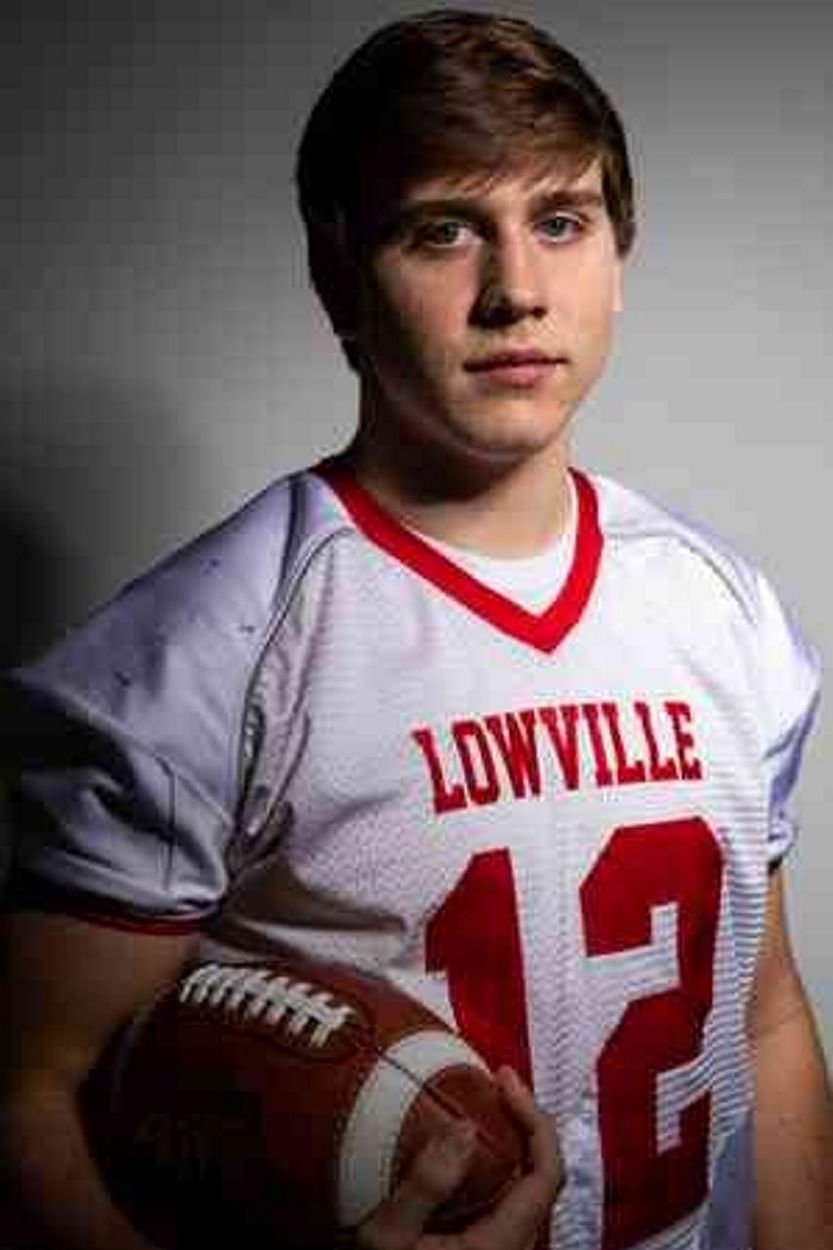 Chad Bach has starred in lacrosse, football and basketball for Lowville but COVID-19 canceled his senior lacrosse season. Photo provided

Lowville senior Chad Bach dribbles around a Solvay defender during the Section 3 Class B final on March 7 at SRC Arena in Syracuse. Emil Lippe/Watertown Daily Times

Lowville senior Chad Bach drives to the rim to score during the Section 3 Class B final against Solvay on March 7 at SRC Arena in Syracuse. Emil Lippe/Watertown Daily Times

An athlete for all seasons, Chad Bach insists he doesn’t have a favorite sport at Lowville Academy.

As a three-sport standout for the Red Raiders, including football and basketball, Bach was looking forward to his senior season of lacrosse.

But this year’s spring sports season was suspended in mid-March and finally canceled on May 1, both because of the coronavirus pandemic.

Like his senior teammates, Bach had his distinguished and decorated scholastic career at the school cut short.

“It’s a big disappointment for sure,” said Bach, who as a junior led all of Section 3 in points (105) and assists (65). “Especially looking forward to this year, my senior year, it’s supposed to be a fun season for me and the team. And I’m sure for all the other seniors from around here.”

It was a second wave of disappointment for athletes like Bach, who also endured a difficult time after the state basketball playoffs were canceled in March.

“That was hard, especially for the seniors, we were looking to playing for the rest of basketball season,” Bach said. “Not only did we have that cut short, but we didn’t even get a chance to play our respective spring sports.”

The Red Raiders, who had advanced to the state championship in Class B last March, won their second straight Section 3 title in basketball with a 71-50 win over Solvay and were preparing for another run in the state playoffs.

“Basketball was definitely a tough one for us,” Bach said. “We had only one loss all year and it was to one of the top teams in the state in Class A. We were just pretty confident that we could go back and get it done after what happened last year. But that one definitely stung for all of us, it was just tough, but we had a great season and we all had a lot of fun.”

Yet Bach is somewhat philosophical about what he and the Red Raiders have achieved, not only in basketball and lacrosse, but in football as well.

“It’s cool to just look back on everything and see what me and my teammates accomplished,” Bach said. “We kind of put Lowville on the map in certain sports in Section 3, and even in the state.”

While at quarterback, Bach guided Lowville to a Section 3 championship in football last fall, with a 41-6 victory over Cato-Meridian and led the Red Raiders all the way to a state quarterfinal in November.

“That was incredible,” Bach said. “My sophomore year when I came up, we had a pretty tough season, I think we went (3-5). Just to go out on top and win the section and get something we’ve all been working towards for a long time. Me and my buddies were always looking forward to playing in the (Carrier) Dome, that was a really special moment for all of us.”

Bach and several football and basketball teammates were hoping to make it an eventful year of sorts for the lacrosse team, which forged a 9-8 record last season, including qualifying for the Section 3 playoffs.

“Among the football players, my center Devin Babcock is a pretty good lacrosse player, the (Aidan, Gavin) Macaulay twins have played lacrosse the past few years,” Bach said. “I think there’s a few other guys that play lacrosse, too. There’s a lot of baseball players, too, like Brett Myers.

“So almost everyone was probably going to play a spring sport and it’s just a bummer that no one could get out and play what they wanted to play in the spring.”

Bach, who has played varsity lacrosse since his freshman year, has played as both an attackman and a midfielder.

“I like playing both, they both kind of have different kind of styles,” said Bach, who also plays for the Orange Crush club team in the Syracuse area. “I enjoy playing behind the goal, just dodging and setting up teammates. But I also like running up and down the field as a midfielder and doing all that kind of stuff.”

Bach said it’s difficult to determine a favorite sport as he has naturally excelled in all three.

“I don’t think I really have a favorite sport,” Bach said. “I think whatever season I’m in is what I really enjoy doing. It’s not like when I’m in football season that I’m looking forward to a different one or vice versa, the sport I’m playing is what I love to do.”

Yet he has been interested in and has followed lacrosse since he was a youngster.

“I’ve just always been a fan of lacrosse growing up,” Bach said, “Me and my dad played a lot in the yard, and coach (Josh) Coffman is obviously a very good lacrosse player and it’s been pretty cool to think about him as one of the best lacrosse players ever. It’s just a really fun sport to play for me, but also it’s just something that I’ve always grown up around.”

Coffman, a former lacrosse standout as a player at Carthage and then Syracuse, is Lowville’s football coach and planned to help coach the Red Raiders in lacrosse this spring.

Now Bach can look forward to finishing the academic year and then competing in lacrosse for Hobart, a Division I team that plays in the Northeast Conference and reached the NCAA Tournament in 2016 and also squares off against Syracuse University every season.

“They’re ranked top 20 this year and it looks like things will just keep going up from there,” Bach said. “The last few years, they’ve really turned the program around, and I’m really excited to get in there and make an impact. ... So now lacrosse is probably going to be my favorite sport for the next few years.”

Bach plans to study civil engineering at the college in Geneva.

“I’m extremely excited,” Bach said. “I’m really pumped about the situation I’m going into there, I really love the coaches there. Most of the guys that I’ve met, I’ve really enjoy hanging around. It’s just a very close-knit group and I’m excited to be part of it.”

“I think it’s just getting to the next level, it’s always been a goal of mine,” Bach said. “I want to make sure that I can make a positive impact on the team when I get there next year. I enjoying playing lacrosse and I want to be the best I can be at it, that kind of motivates me.”

Bach is the second sibling in the family who will play Division I athletics as his older sister Alexis, who starred in soccer as a goalie at Lowville, is a redshirt sophomore at the University of Arkansas.

For now, Chad Bach will fill the void of playing any lacrosse this spring by working for his family’s landscaping business.

“For sure, it’s definitely a strange time for everyone,” Bach added. “But you just try to keep looking at things positively and just get through this.”