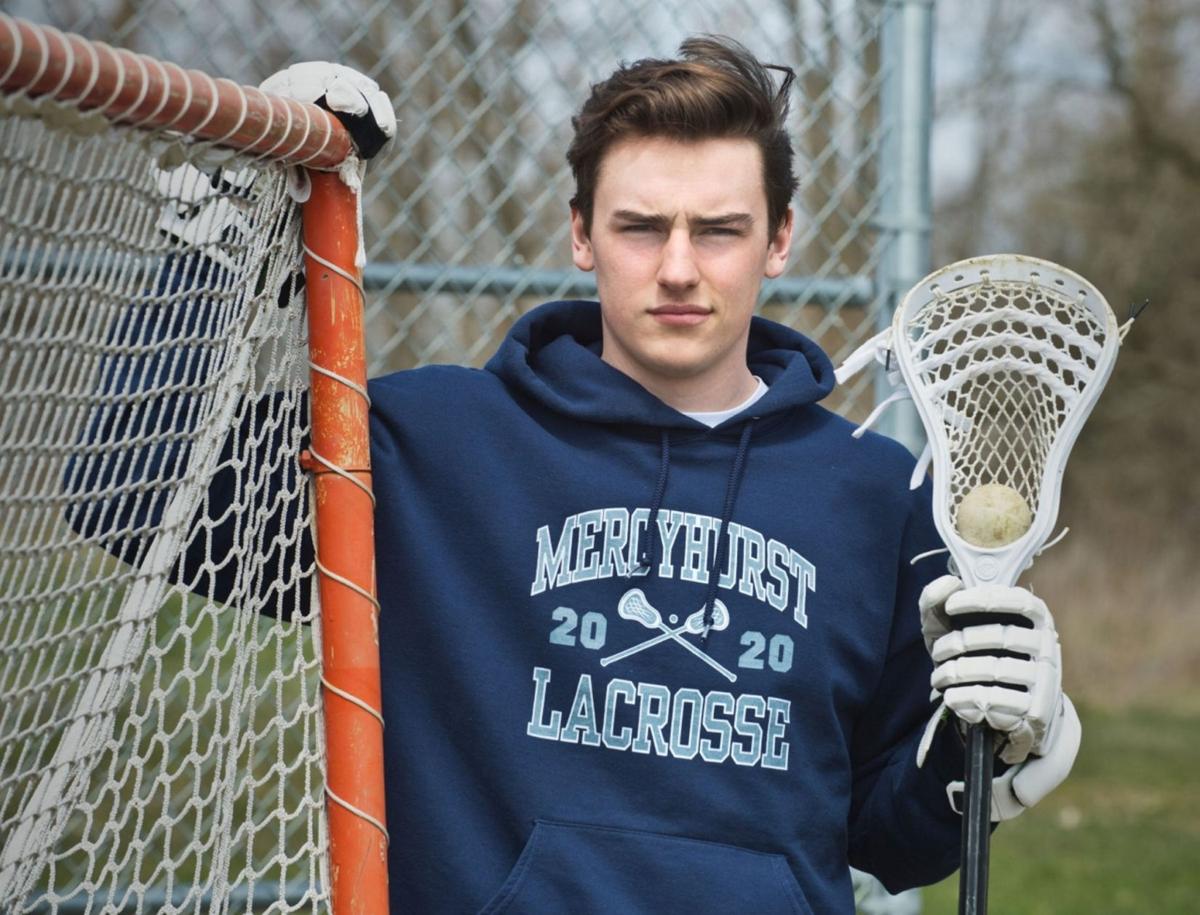 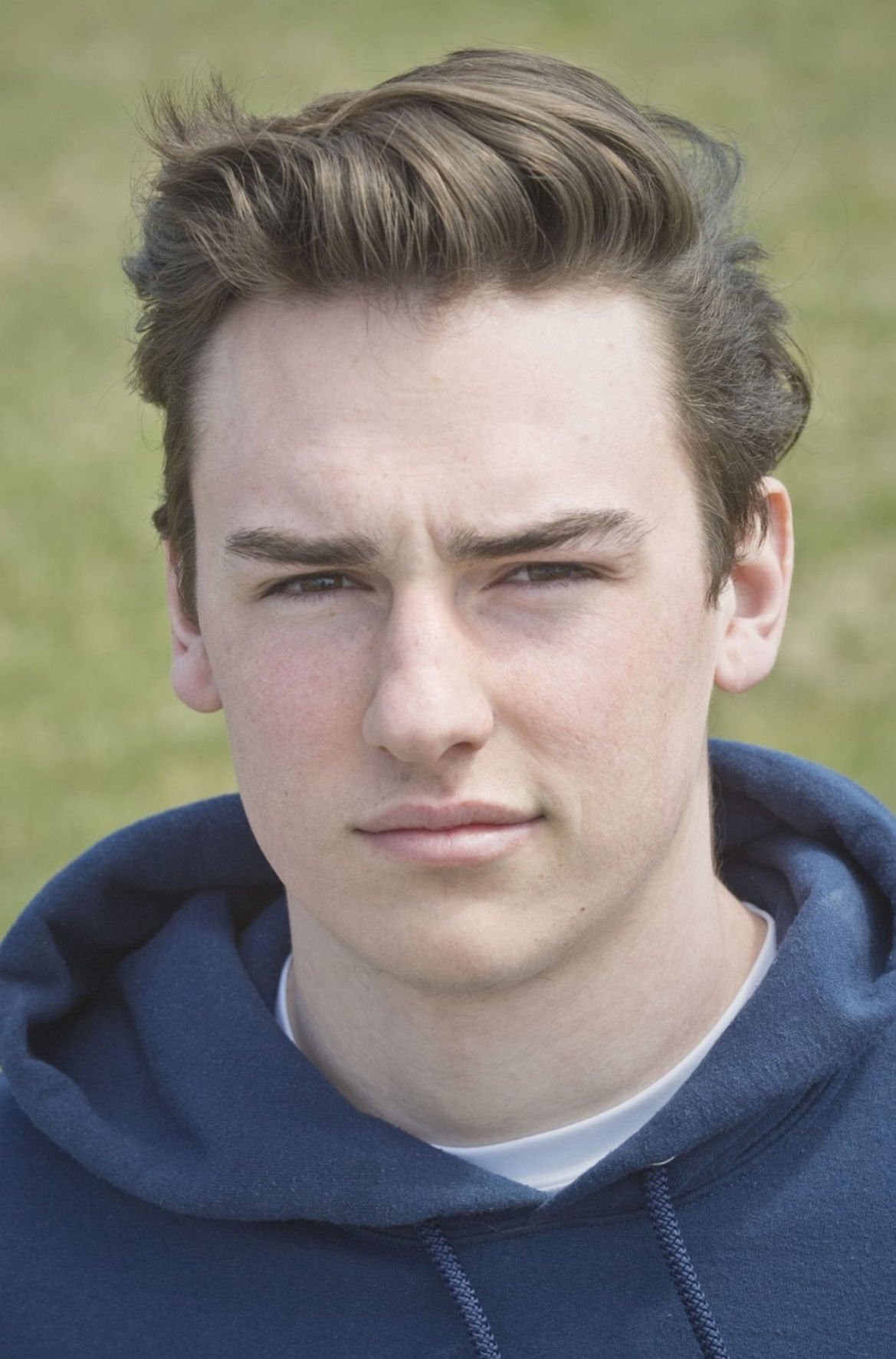 OGDENSBURG — Even if he does not get to play a spring regular season because of COVID-19, Ogdensburg Free Academy senior Stephen Morley can know he’s leaving the Blue Devil boys lacrosse program in a better position than when he joined it.

Morley, a 6-foot-4 long stick midfielder, joined the program in the eighth grade and the Blue Devils went 1-13 that season, followed by a 3-12 record in his freshman year.

Things changed by his sophomore year and OFA went 10-6 and last year was 11-6.

Morley was one of the key players on the squad the last two years and has earned a scholarship to play at NCAA Division II Mercyhurst College in Erie, Pa., next spring.

The Blue Devils are coached by his second cousin, Matt Morley, a former Canton High School and SUNY Cortland standout, who founded OFA’s program about 12 years ago. Stephen Morley will become the first former OFA lacrosse player to play at a level higher than Division III.

“It’s awesome,” Matt Morley said. “It’s taken a long time for us to get to this point. The (recent) kids all put in extra work, they were really team leaders. Stephen has been a leader, even as a (freshman).”

It took one visit for Stephen Morley to know he belonged at Mercyhurst, which is coached by Chris Ryan and was 5-0 this season before play was stopped and went 13-4 last season. Ryan coached the Lakers to the 2011 national championship.

“It was a really nice campus,” Morley said. “(Erie) was beautiful, you have Lake Erie right there. They are a really good, winning program. I talked to the coach about what I need to work on and he gave me a push to go there.”

Another part of Morley’s decision came from talking to his older brother, Jake, who was a Clarkson men’s hockey player from 2008-12 and was the team captain in Casey Jones first season as coach.

“When I was a little kid I looked up to (Jake) and wanted to do that and play a college sport,” said Morley. “Having my brother play DI hockey fueled me to be a college athlete. I remember going to every game Friday and Saturday night at Clarkson. Whenever I would talk to him about (college) he helped me out and told me things to look for in a college. He’s been a really good mentor for me.”

Stephen Morley has been more than just a standout lacrosse player for the Blue Devils. He made the Times All-North first team in both football and boys hockey.

“It was a real tough call (collegiately) between hockey and lacrosse,” said Morley, a defenseman in hockey. “I have a great passion for hockey. I excelled more in lacrosse and was able to see the field better. It was a tough call, but also an easy one.”

The spring state championships have already been cancelled but there is a chance a few regular-season games can still be played. But if Morley’s high school career is over, one of his final games as a Blue Devil was a 1-0 win over Norwood-Norfolk in the Section 10 Division II boys hockey championship game at Cheel Arena on March 2.

“It was great,” Morley said. “It’s going to be a memory I’ll always have, winning a Section 10 title.”

One thing which will help Morley in the future is his attitude. He’s always been a versatile player who does anything the coaches suggest. In football season he started the year as a wide receiver, after being a standout running back the year before, then moved back to running back later in the year.

“He’s really coachable,” Matt Morley said. “If I told him to play attack, he’d play attack. In hockey we toyed with playing him at forward for a shift here or there because he’s a big, powerful kid. He has intangibles. He’s tall and lanky and has an unbelievable reach. As a defender, he’s hard to get around because he covers so much area and his stick skills are unbelievable. I can see why some (college coach) would want him on their team. He can be flashy, but he can be that blue-collar worker.”

Stephen Morley was already committed to Mercyhurst before hockey season started and is thankful he had made that choice before the COVID-19 situation came around in March.

“Having already had this done made me feel easy about myself and focus on hitting the weights and working on my craft with the long stick,” Morley said. “(COVID-19 cancellations) really sucks. I’m more focused on school now. I put more time into my schoolwork and get that done. I go to the field and shoot some balls around. (Possibly) not having a graduation has been tough.”