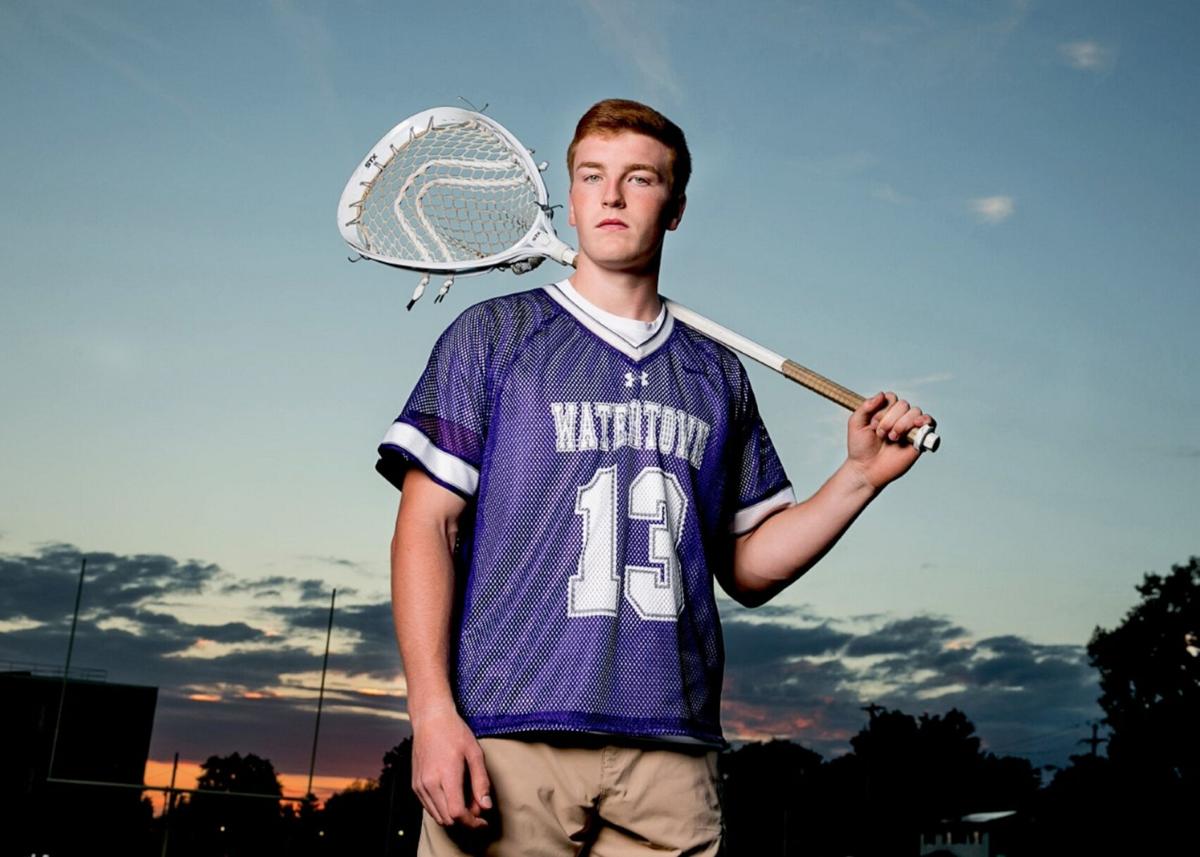 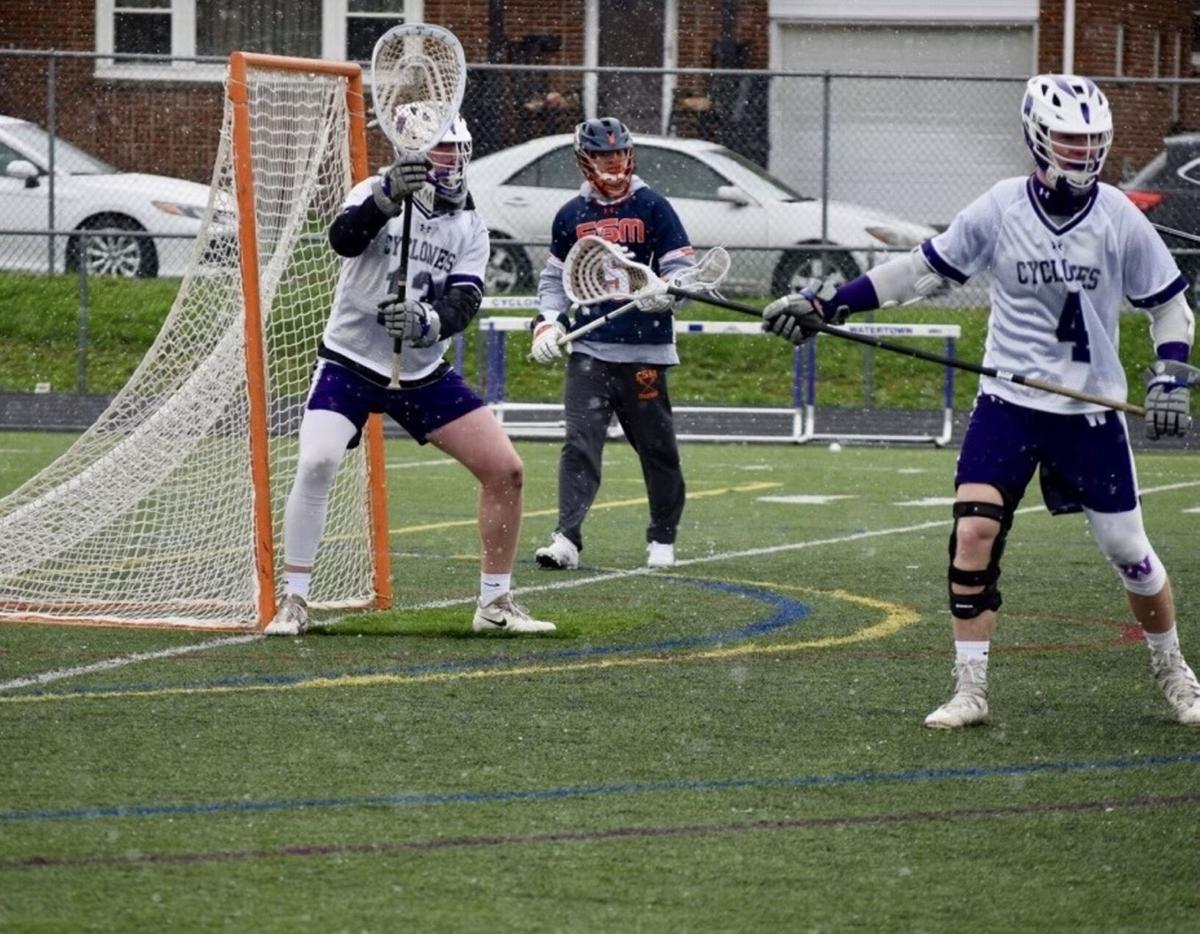 WATERTOWN — Evan Richardson’s passion for the sport of lacrosse dates back to when he first picked up a lacrosse stick in elementary school.

One year later, he picked up a goalie stick, and ever since Richardson has developed, from one of the top varsity goalies in area to one of the most coveted recruits in the nation at the position.

Richardson has always tried to stay ahead of the curve in the sport and he was rewarded when he signed with the U.S. Military Academy during his junior year at Watertown High School.

While Richardson is looking forward to his time at West Point, first he and his fellow Cyclones seniors are eager to return to the playing field, as the 2020 lacrosse season was wiped out due to the COVID-19 pandemic.

“When we found out (last) spring that we weren’t going to be able to play, obviously everyone was heartbroken,” Richardson said. “I know the guys were real disappointed because we knew that team had a lot of potential, we had a lot of guys returning, it was an older, veteran team. ... The chemistry was definitely there, losing that group of guys, those seniors didn’t have a season and losing them is definitely going to hurt us, we had a lot of scorers, a lot of leaders defensively.”

A varsity player since he was called up at the end of his eighth-grade year for sectionals, Richardson has started at goalie for the Cyclones ever since the start of his freshman season.

“Playing goalie overall in soccer and lacrosse, I love it because, first things first, it’s a total leadership position,” Richardson said. “The guy who stands in the back and makes the saves has to be a leader and direct the team.”

While he enjoys playing the position, his contributions to the team, especially as a leader, mean the most to him.

“If you want to be a good goalie in any sport, you have to be a good leader,” he continued. “I love getting my guys ready to go for game day, I love just being looked at as the leader and I really believe that I’m looked at that way. And that’s the biggest thing, everyone says to me that ‘you want a little rubber ball coming at you 100 miles an hour every day?’

“And I love it, I really do. There may be something wrong with me, but I really do love it, it’s great. I’ve had the time of my life with these guys the last couple of years and practicing.”

In 2019, Watertown went 12-5, including 6-1 in the Frontier League, to finish with the same record in the league with rival Carthage, although the Cyclones won both meetings against the Comets that year.

Now Richardson is one of 15 seniors on Watertown’s roster looking to make up for lost time.

“We have a very, very big group of seniors, so these guys know what’s going on, they know what needs to happen for us to win games,” Richardson said. “So I’m super excited for this year.”

“We’re just so lucky to have him in the program,” Watertown boys lacrosse coach Brian Navarra said of Richardson. “He’s started since he was a freshman and obviously we didn’t have last year, but this being his third year, there’s not a better feeling as a coach knowing you really don’t have to worry about who’s in goal.

“I’ve been confident in him since he was a freshman, which is just an awesome feeling as a coach not having to worry about that.”

Richardson signed with Army in September 2019, after he was sought out by and visited the institution.

“When my dad and I visited there in July it was great, they totally laid out the red carpet,” Richardson said. “No doubt that West Point has top-notch facilities and in my opinion, and I will tell anybody this, I think that West Point is the most beautiful place on earth. It is absolutely stunning and obviously it’s a world-class education, these are all factors that played into the commitment there.”

Richardson says he called Army assistant coach Justin Ward to express his interest and not five minutes after that call, Army head coach Joe Alberici called him to offer him a place at the prestigious academy.

It took Richardson a few days to get back to Alberici after he talked with his parents, but attending the U.S. Military Academy was always his first priority.

“It is a total family, total brotherhood there, nothing like I’ve ever seen before,” Richardson said.

Richardson said he talked with other schools, such as Maryland, Ohio State, Albany, Binghamton and High Point, but Army remained his top choice.

“No one made me feel the way the coaching staff at West Point made me feel,” Richardson said. “So actually on Sept. 11 of my junior year, I committed to West Point.”

Richardson, who excels in math, obviously has done very well in school academically, enough to qualify for West Point.

“Obviously West Point has about every major you can think of, from nautical engineering to aerospace to science, they’ve got everything you can ever imagine,” he said. “Obviously that’s not a decision I have to make right away. But I’m looking into a business major right now, it’s a broad major, which I think will be good for me in the long run.”

After signing on with Army, Richardson didn’t want much fanfare as Watertown High didn’t hold an official signing ceremony for him.

“It’s an opportunity of a lifetime and ever since then, I haven’t looked back and I have no regrets,” Richardson said. “I couldn’t be more excited, I leave in the middle of July, so a few weeks after graduation. We have a basic training that goes on there and we start class at the end of August, and we’re full into it after that.”

He credits his development as a goalie and as a player to coaches like the Cyclones’ Brian Navarra and Bruce Wright of Sweet Lax, a travel team based in Rochester that Richardson has played with in recent summers. The team has played in many tournaments, including traveling to Maryland, Delaware, Connecticut, and even Florida.

“This is where the real grind comes out is during the summer,” Richardson said. “We traveled around the country all summer in 95 degree weather weekend after weekend. We were gone for weeks at a time playing in tournaments, that’s where a lot of my time was spent throughout the summers.”

Richardson remains proud of being a part of the Watertown lacrosse program and hopes he and his teammates can make some history with the team.

“I love going to practice every day and when I put my helmet on, it’s full game, we’re ready to go, there’s no joking around,” said Richardson, who just concluded his senior season with Watertown’s boys soccer team, which fared 7-0 during the spring season. “We are full seriousness, especially this year with what we know we can do and in the Frontier League, obviously we’re looking to win the league and make a deep run in sectionals.”

Like the rest of the lacrosse teams in the league and around the state, the Cyclones’ regular season will be played over the course of five weeks, with Section 3 playoffs to be held in early June. However, the team has already hit an obstacle as it has been in quarantine since last week due to COVID-19 precautions.

Watertown went into quarantine last Thursday and has already had its first two games of the season this week postponed, including a home game on Saturday against Carthage.

Navarra said the team hopes to return to practice this week, and are now scheduled to open its season on May 8 at Thousand Islands.

“We just have to face adversity head on and just come back strong and ready to go,” Richardson said.

Here’s a look at the Frontier League this year in boys lacrosse: