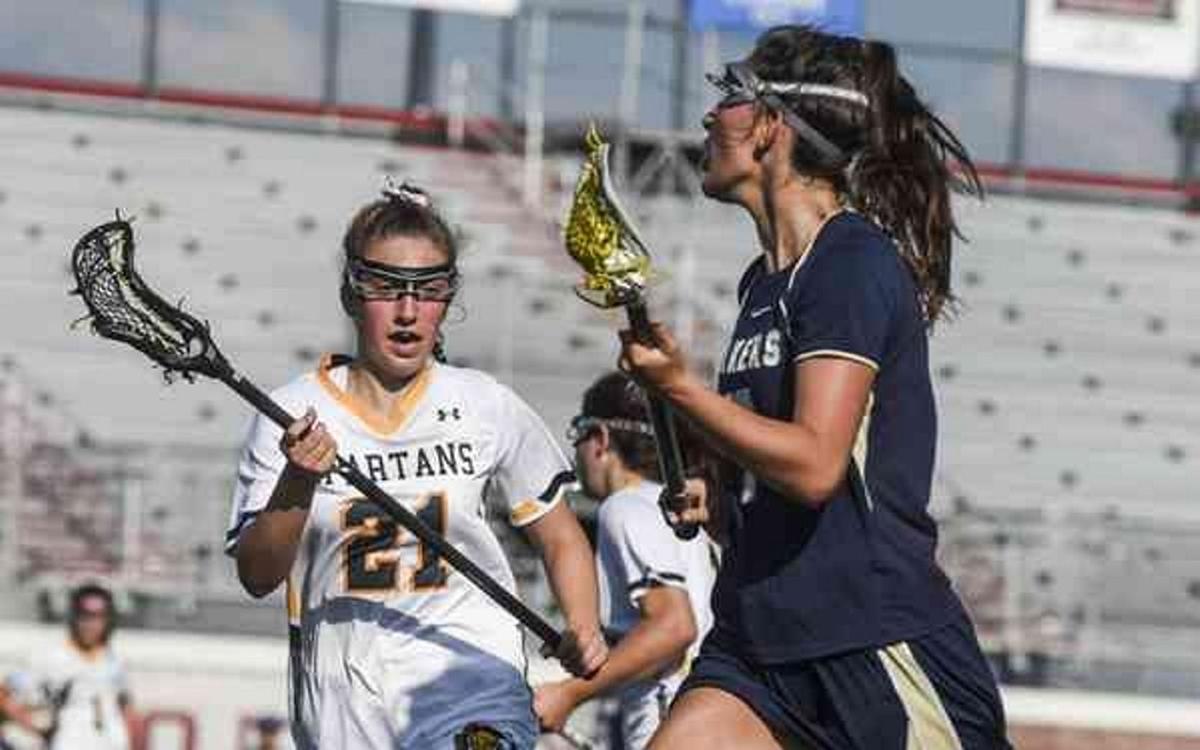 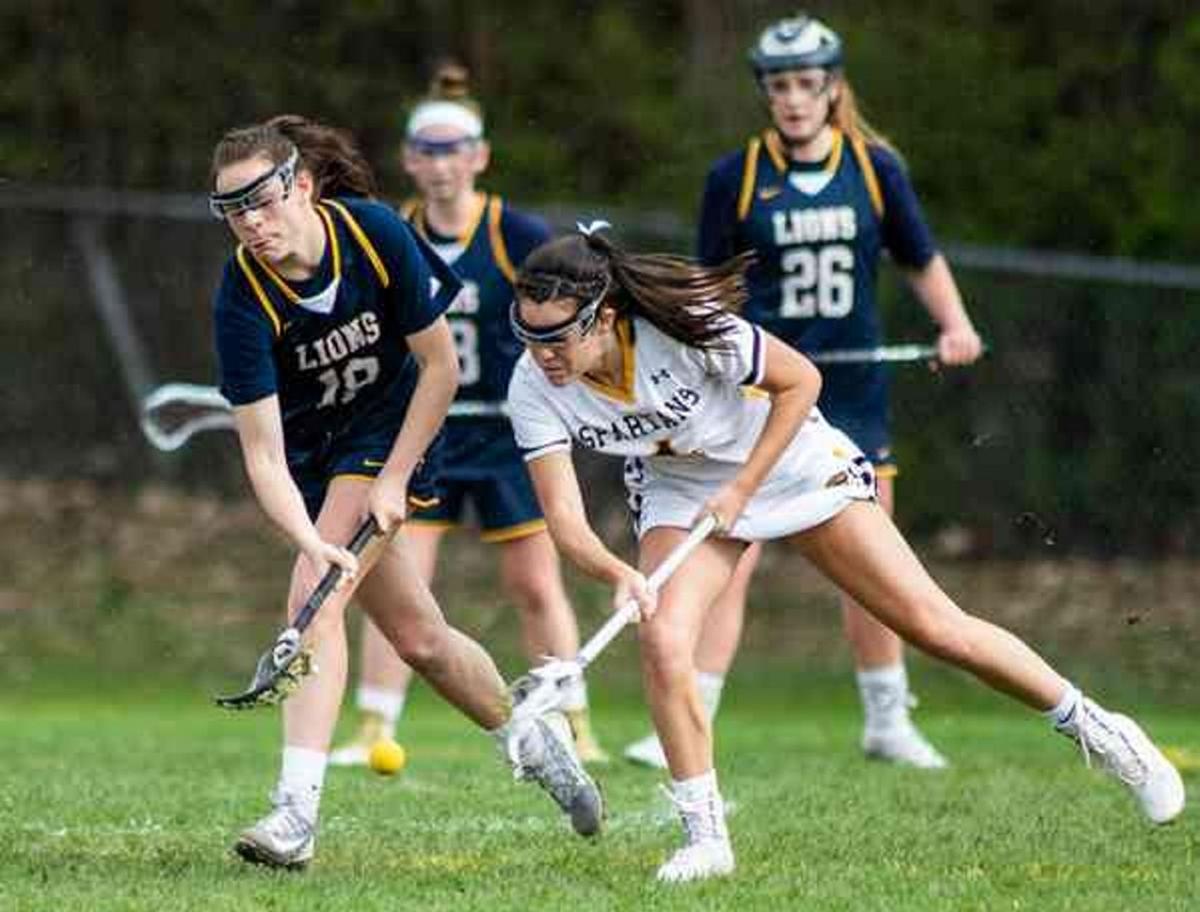 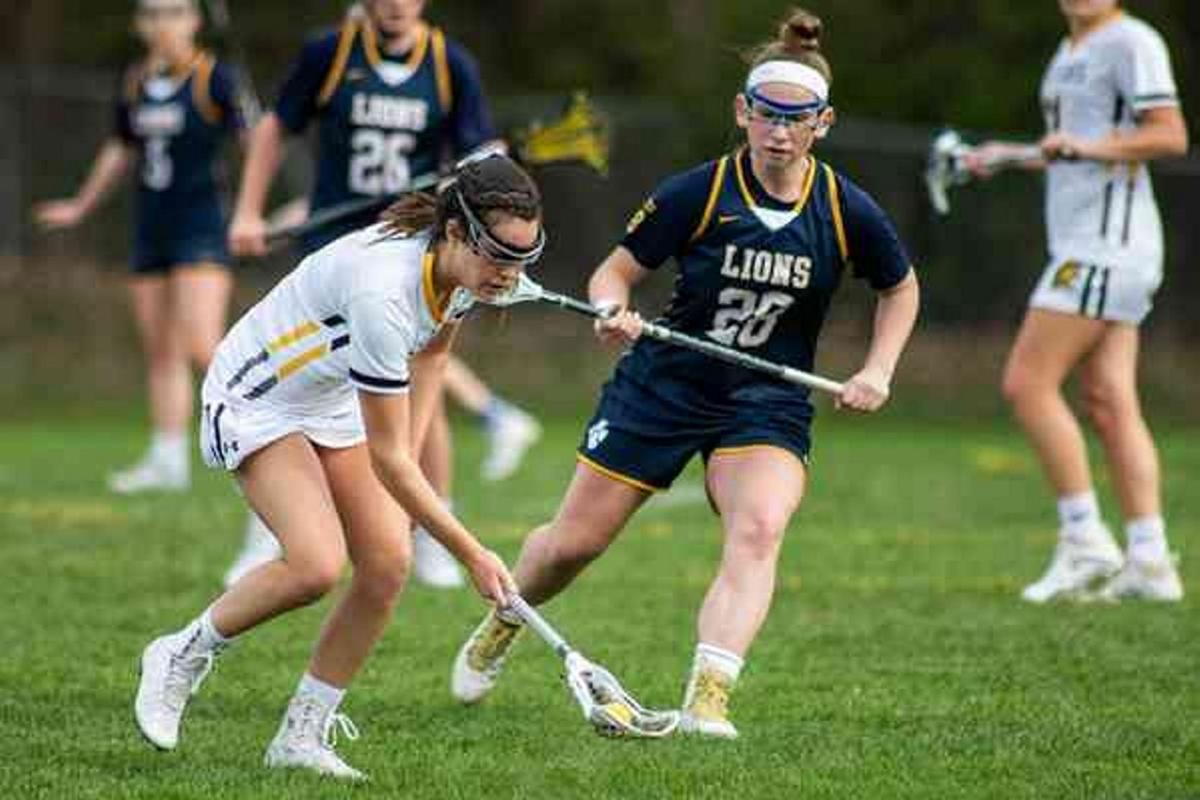 South Jefferson’s Mia Buckingham, left, scoops the ball from the field with her stick during a Frontier League girls lacrosse game in May 2019 at South Jefferson High School. Sydney Schaefer/Watertown Daily Times 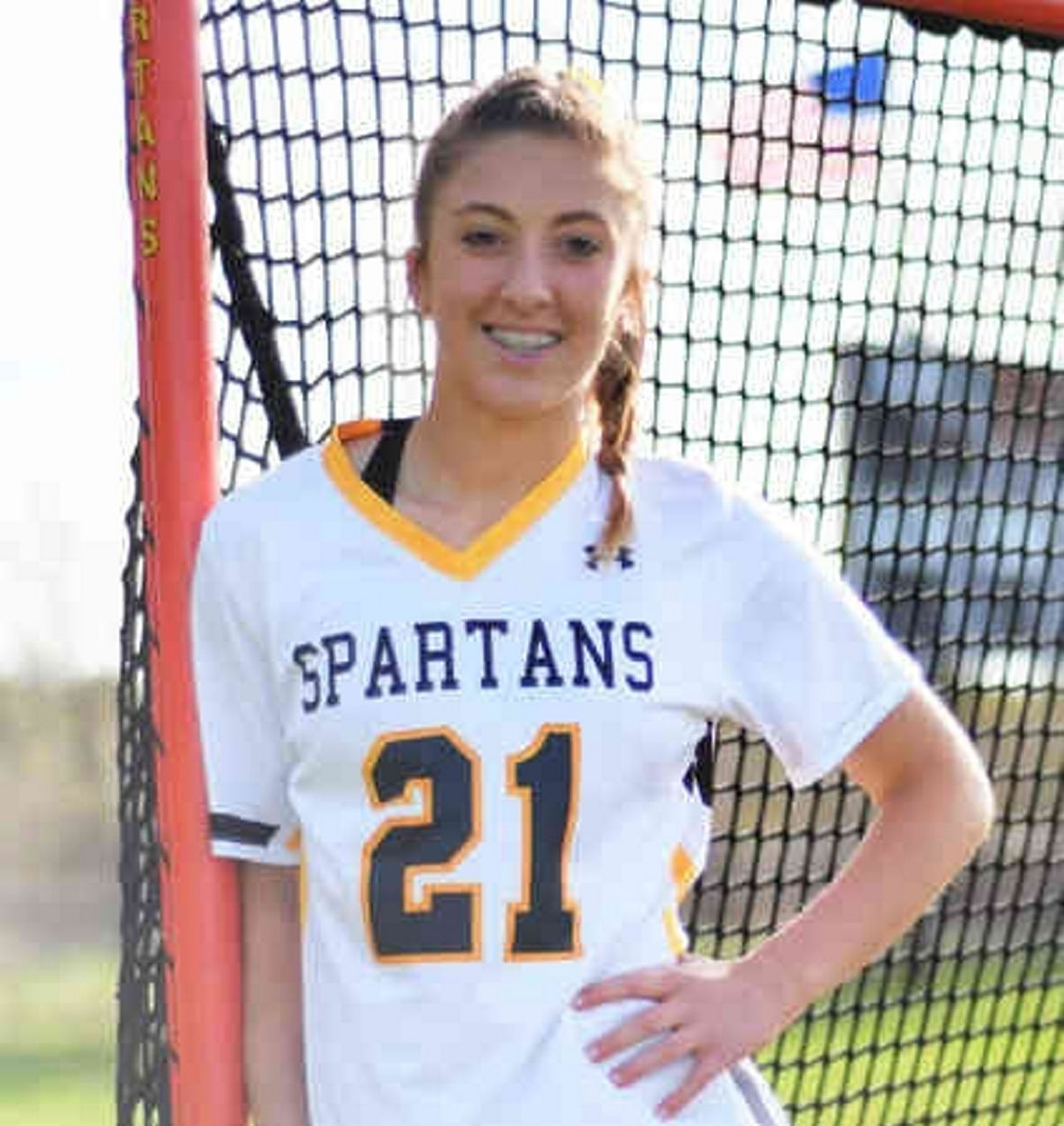 South Jefferson’s Mia Buckingham, left, scoops the ball from the field with her stick during a Frontier League girls lacrosse game in May 2019 at South Jefferson High School. Sydney Schaefer/Watertown Daily Times

Megan Whitley and Mia Buckingham, as well as their South Jefferson teammates, are enduring a lost season in lacrosse.

Previously, the Spartans and Whitley had their girls basketball season halted prematurely in March while preparing to compete in the state playoffs, which were canceled because of the coronavirus pandemic.

Now Whitley and Buckingham — who are both headed to Division I colleges to play lacrosse — and their comrades are dealing with the disappointment of a lacrosse season that never was. The entire spring sports season was canceled by Section 3 last week, also due to the coronavirus.

“Definitely,” Whitley said. “I know especially with me and Mia coming back after a lot of time building up the lacrosse program, we were really excited to see what this year’s team had in store. We had really high hopes and just to have that taken away from us, it’s hard.”

“I was looking forward to it for like all winter,” Buckingham said. “It’s like a big bummer.”

Two years ago as sophomores, Buckingham and Whitley and the team made a historic run — winning the program’s first Section 3 crown, advancing to a state semifinal.

“This was my last chance to get the goals that I wanted for lacrosse,” Buckingham said. “I wanted to take the team to states again and get that state title. It’s just really unfortunate, because I was really looking forward to that, I think my team possibly could have done it.”

But this season, the squad never got onto the practice field as spring sports were suspended statewide in mid-March.

“We never got to have even one practice for lacrosse,” Whitley said. “But for me, I ended up getting stopped in the middle of my basketball season and that’s when it first started to impact me. I definitely had hopes that maybe lacrosse season would at least be able to occur, maybe one or two games, or something like that.

“But once it got closer, I kind of realized how big it was, I kind of figured something like this would happen.”

This came several weeks after the state canceled state playoffs for the winter season. After claiming their second straight Section 3 title with a win over Bishop Grimes in basketball, the Spartans were actually in practice preparing to face Section 4’s Norwich in a state regional game when they got the bad news.

Whitley has played both varsity basketball and lacrosse in earnest since she was a freshman after she was promoted to both teams while in the eighth grade for their respective playoffs that year.

“That was definitely a rough day, especially for our seniors, me and Abby Piddock,” Whitley said. “That was our first step we wanted to do, just to be back-to-back (Section 3) champions. So being able to have that, was at least a little bit of closure, though obviously it would have been nice to win a state championship. But we’ll take what we got.”

Representing two of the six seniors on this year’s Spartans lacrosse team, both helped guide the team to a Section 3 title as sophomores and on a run to the state semifinals.

Last year, South Jefferson made it back to a sectional final, only to be edged out by one goal in a last-second loss to Skaneateles.

“Especially like last year after the devastating loss, like we learned off of that and we were ready to come back even stronger,” Buckingham said. “So the previous years had set us up for this year where we could do really well.”

In lacrosse, Whitley and Buckingham were both looking forward to their final seasons with the team.

“I was just hopeless, I think,” Buckingham said of when she heard the final news. “I’m not going to lie, there was a lot of tears shed, I was just very distraught. I never thought that it would ever happen in a million years.

“Ever since I was a little kid, I was looking forward to my senior year and it’s just suddenly taken away. The best three months of my senior year is lacrosse season is just gone.”

This season would have included the Spartans trying out the school’s new turf field and actually hosting games early on.

“That’s one thing we were really excited about, just having this big turf field that all of our Syracuse(-area) opponents really wanted to come and try out was nice,” Whitley said. “It was different (than) having the bumpy grass fields that would get watered down and muddy, so we were excited. We were going to have some big teams like Penfield from Rochester, C-NS, West (Genesee), F-M — they were all going to come and play on our turf field this year.”

Whitley played on varsity since she was called up to the team during her eighth-grade year both in basketball and lacrosse, while Buckingham first played varsity lacrosse when she was a freshman.

Whitley, who will attend the University of Connecticut to play lacrosse, would have played in the midfield this season and likely would have taken many of the draws.

“It’s been a great experience, I can’t wait to show what I’ve learned when I go to college,” Whitley said. “It’s definitely something to look forward to when we get past all of this. Definitely one good thing about this is I’ve been able to get time to train and work out at my house and get ready for what’s going to be coming at me pretty soon, a lot of high-intensity workouts and competition in the college level.”

Also a versatile player, Buckingham will attend the University at Albany to play the sport.

“I would have been an attacker/midfielder and hopefully I would have been a role model to the team,” Buckingham said of South Jefferson. “Get the team comfortable in tough situations and push them to do what they can and play harder, a 100-percent effort. I would push them and make them better for next season even.”

The Spartans have kept in touch this spring, especially during weekly team meetings held online.

“We’ve been doing Zoom meetings to keep the team together, get us talking to each other just so we have somebody to talk to outside of the house,” Buckingham said. “And it’s been like a game changer for me because it like brings my sanity back and it’s so much fun talking to the girls.”

Both Buckingham and Whitley are close friends and both have followed similar paths academically at South Jefferson.

“Megan and I are best friends, we’ve been playing together since I moved into this school district,” Buckingham said. “We clicked just as soon as I met her and it’s devastating that I won’t get to play with her again. Hopefully I get to play against her (in college) and I now we’ll stay in touch.”

Each plan on studies in college geared to a common goal in the medical field — both want to ultimately become a physician’s assistant.

Now Buckingham and Whitley, who have made their contribution to the school’s success in athletics, hope this continues next spring in lacrosse.

“We’ve come a long way, even just over the winter with practices and stuff,” Buckingham added. “So I think we definitely could have done it, but I hope the team next year can thrive.”

“I always love being part of the team, I’ve been on a team ever since I was little,” Whitley said. “Having those friends and those close connections to talk to. Obviously you can still talk to them on the phone or text them, but it’s just not the same as being there and seeing them.”